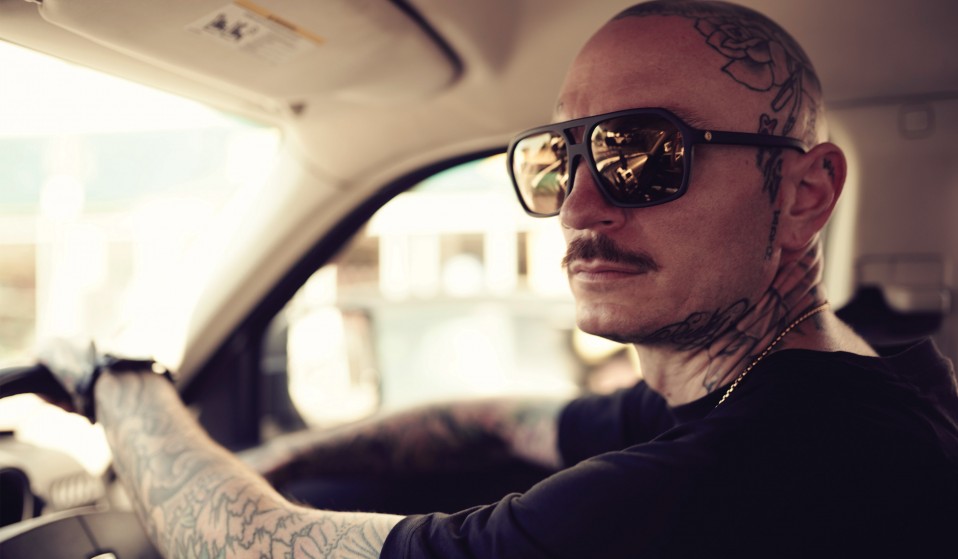 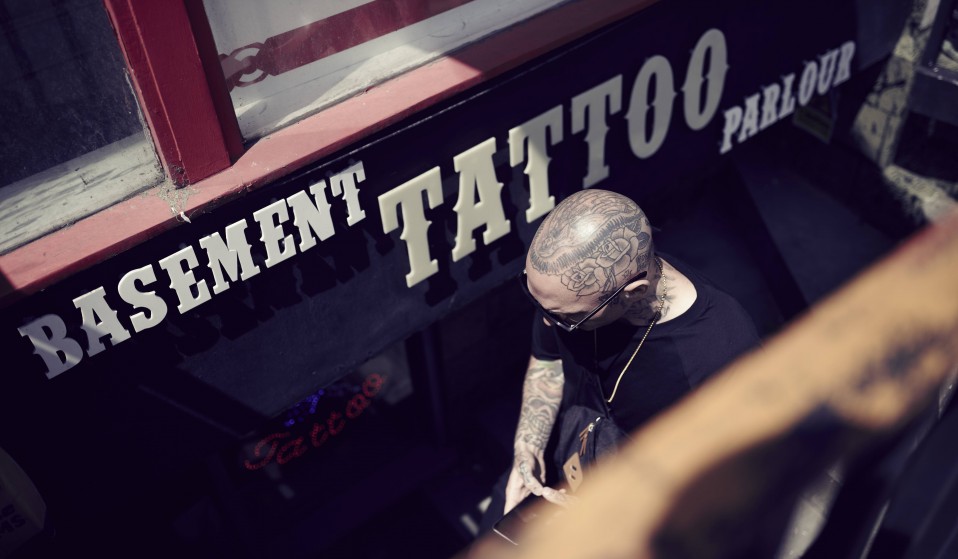 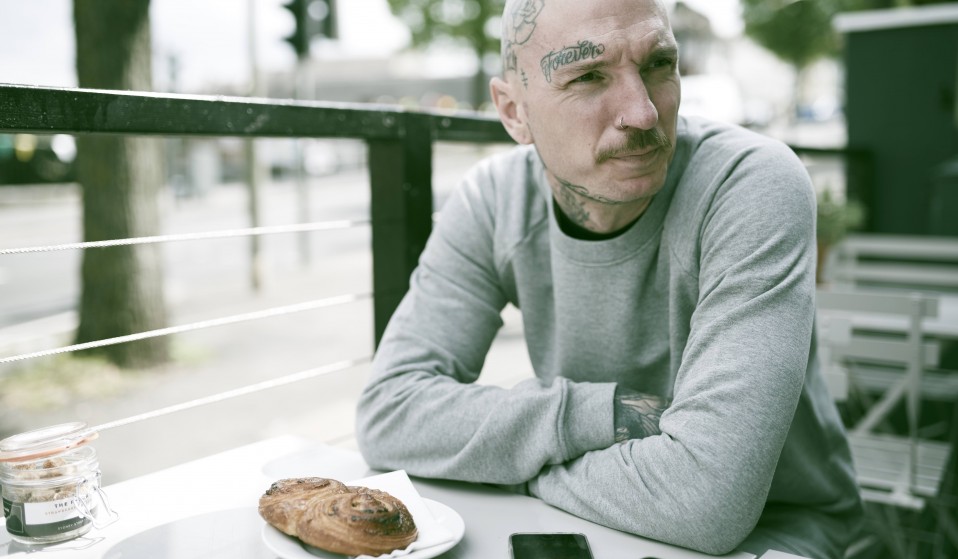 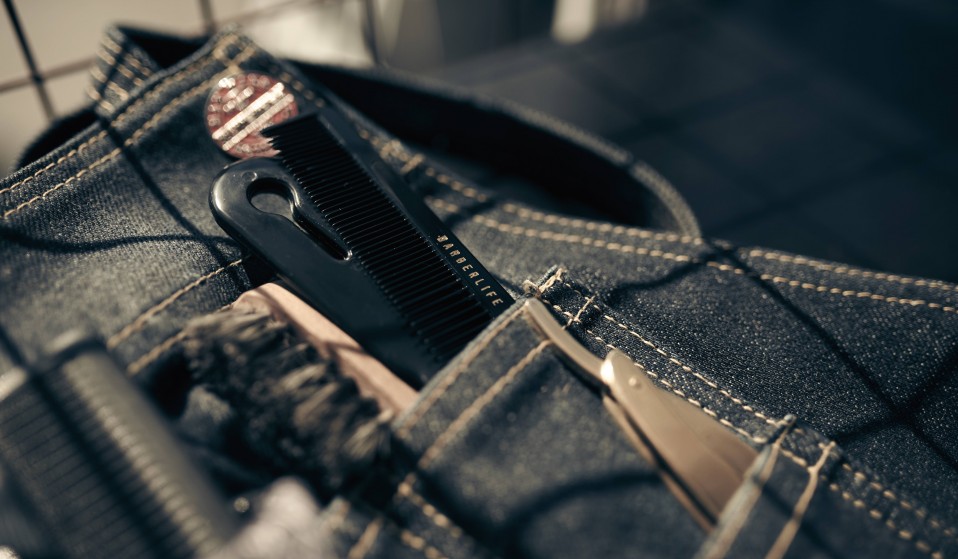 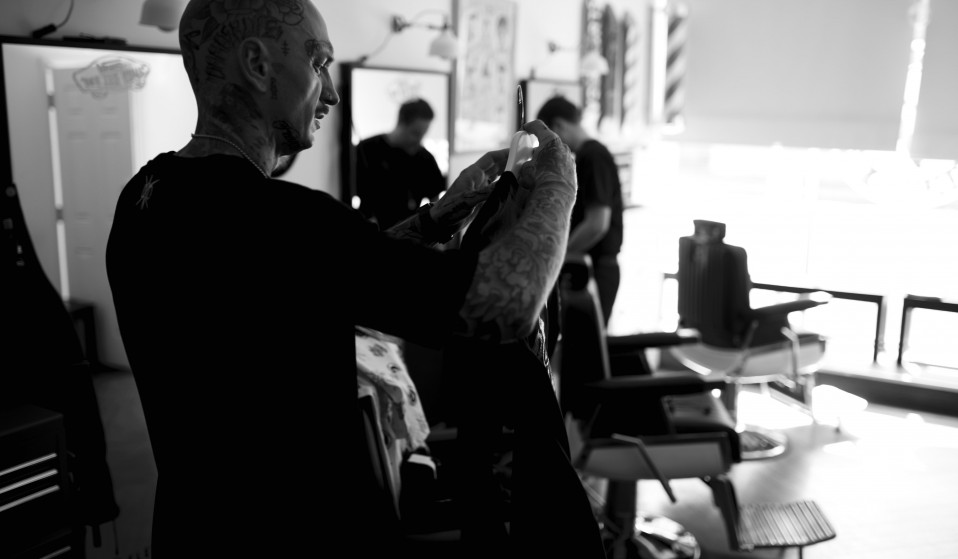 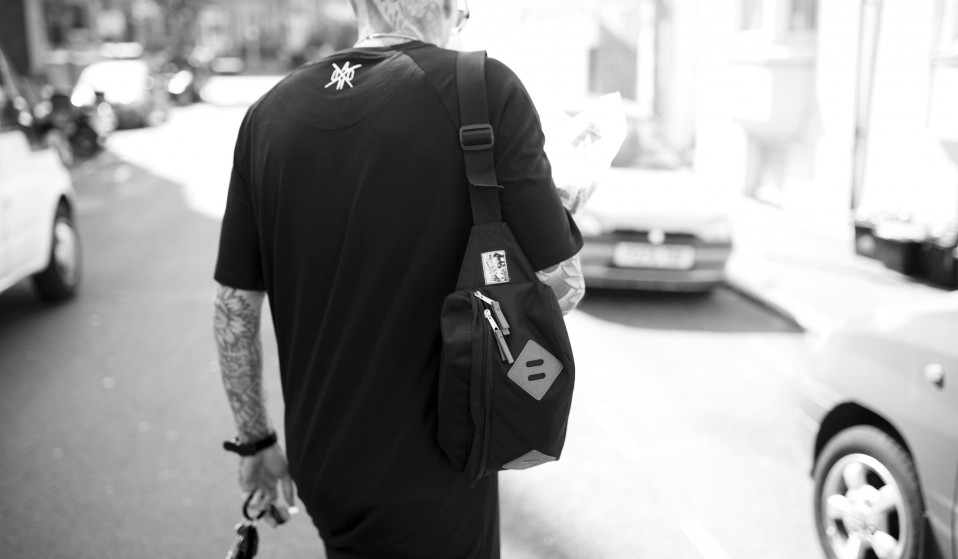 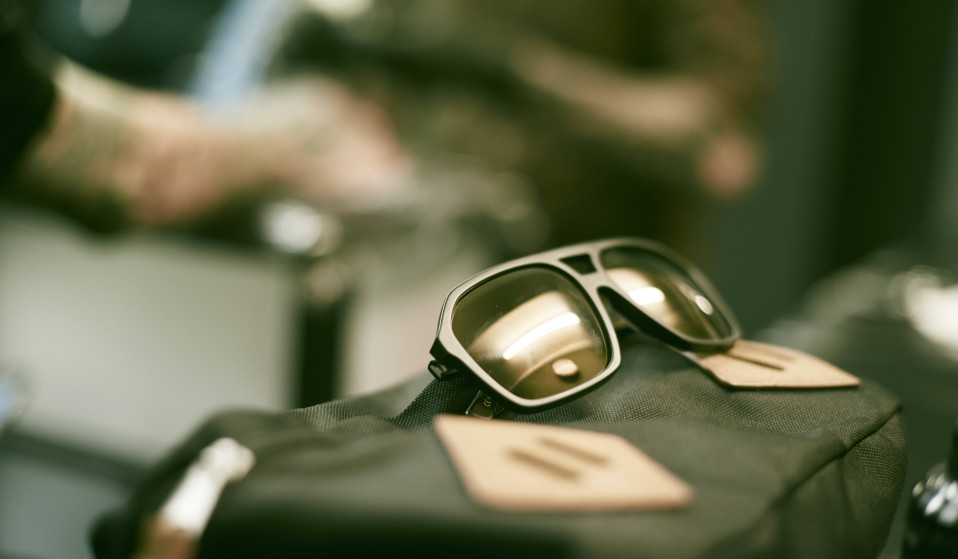 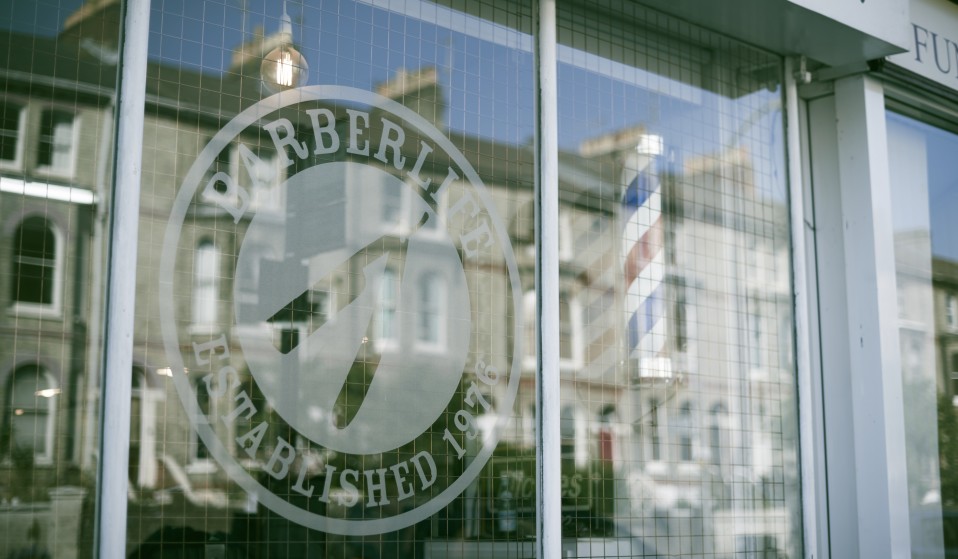 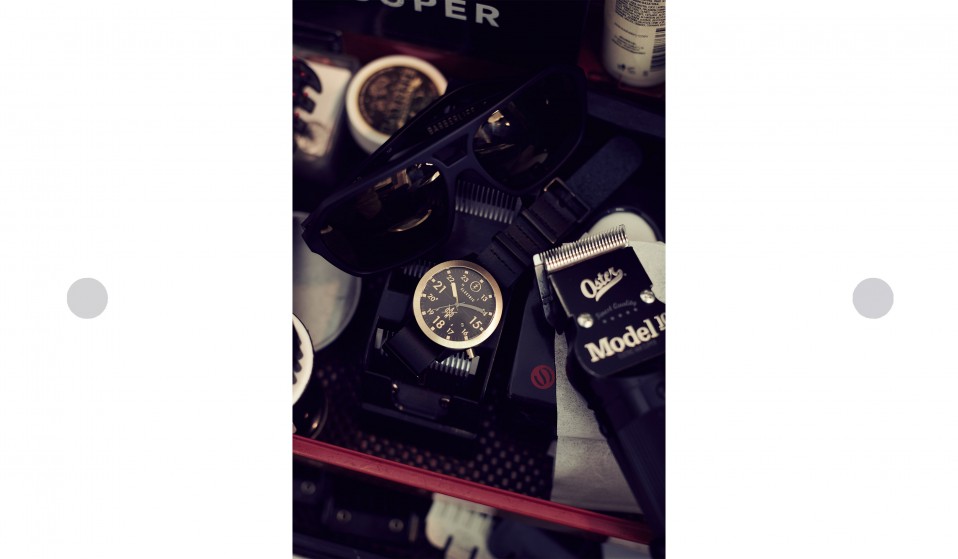 With one eye on tradition and one eye on the future, Paul Hewitt’s AONO lifestyle brand is fusing barbering, tattoo and streetwear culture to bring people together.

With one eye on tradition and one eye on the future, Paul Hewitt’s AONO lifestyle brand is fusing barbering, tattoo and streetwear culture to bring people together.

“What you see is what you get,” explains barber Paul Hewitt. “It’s real, the barbershops are driven by customer service and experience: knowledge is king.” When Paul made his first haircut a decade-and-a-half ago, he embarked on a journey to learn more about his craft – and the culture that surrounds it – that has taken him around the world. But it never would have happened without social media – and the support of his family.

Always determined to up his game, in 2009 Paul took a giant leap into the unknown when he founded lifestyle brand AONO. From small beginnings in Brighton, he’s built up a brand with transatlantic connects, based around straight-talking style and barberlife: the fusion of barbering, tattoos, streetwear and, most importantly for Paul, family.

“Social media changed everything,” Paul explains. “I had so many more reference points and started to find out so much more about the industry all over the world. I had the ability to look up so many barbers in the UK and internationally, which gave me ongoing inspiration to push my work to the next level. I still keep finding barbers that blow me away.” 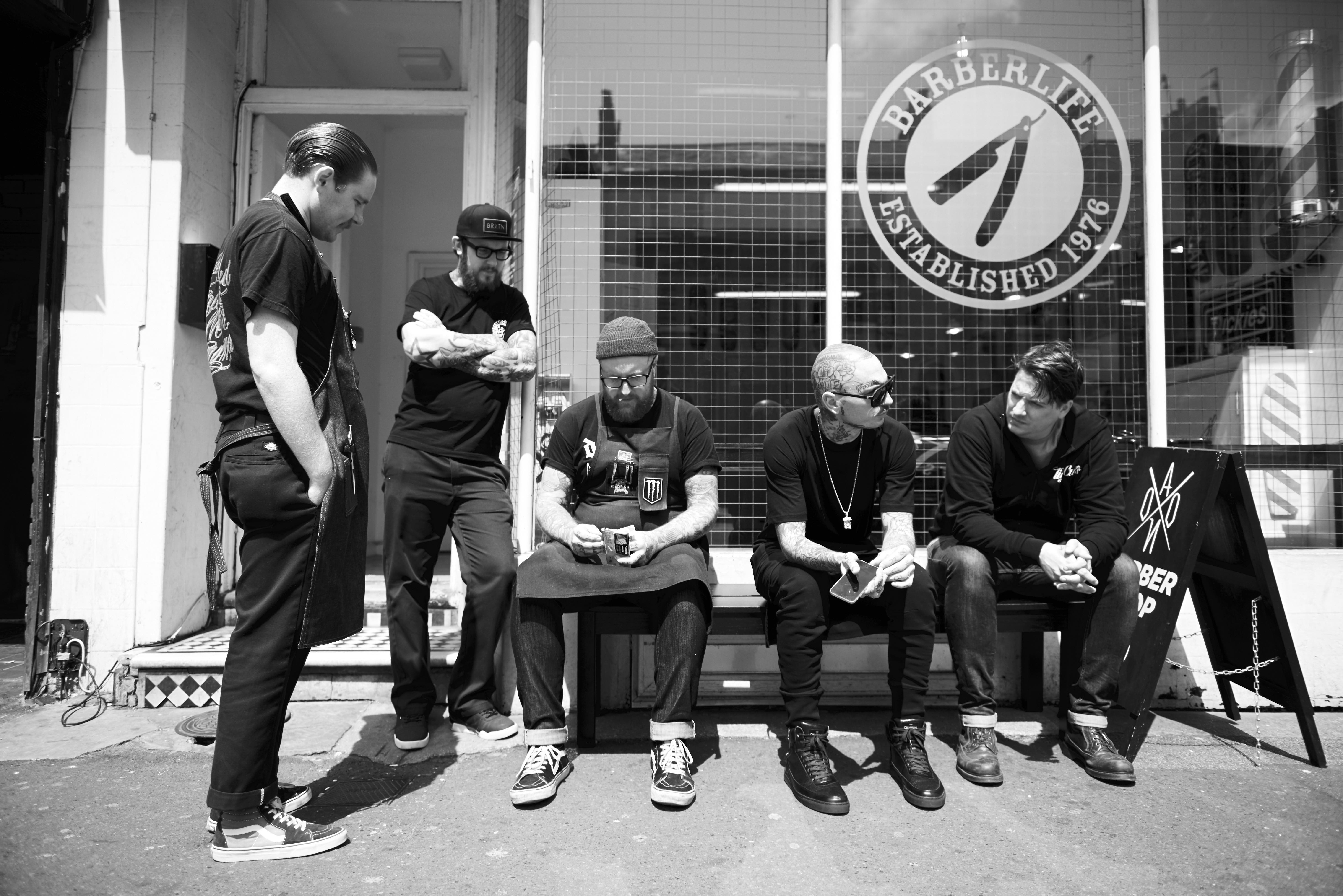 As we fire questions and answers back and forth over email, Paul is touring the West Coast, meeting his barbering heroes and sharing his own skills at events and pop ups across Southern California. “I’ve always wanted to take the barbershop concept out and about, with AONO pop ups we build the barbershop so everyone can experience this lifestyle,” he says. “I’ve met and lived with some of the best barbers around. My head was spinning and I’ve learned so much, you never stop learning.”

AONO has been dropping killer product since day, but through joint projects with bigger fish like Electric and Mishka, it’s fast becoming a force to be reckoned with. In his latest collaboration, Paul rolls into Huck’s 71a Gallery with Electric’s 3 Lenses photography show for premium streetwear expo Jacket Required July 29-30, featuring images from Mark Choiniere, Maddison Rothery, Dominic Haydn Rawle and others – RSVP free here. 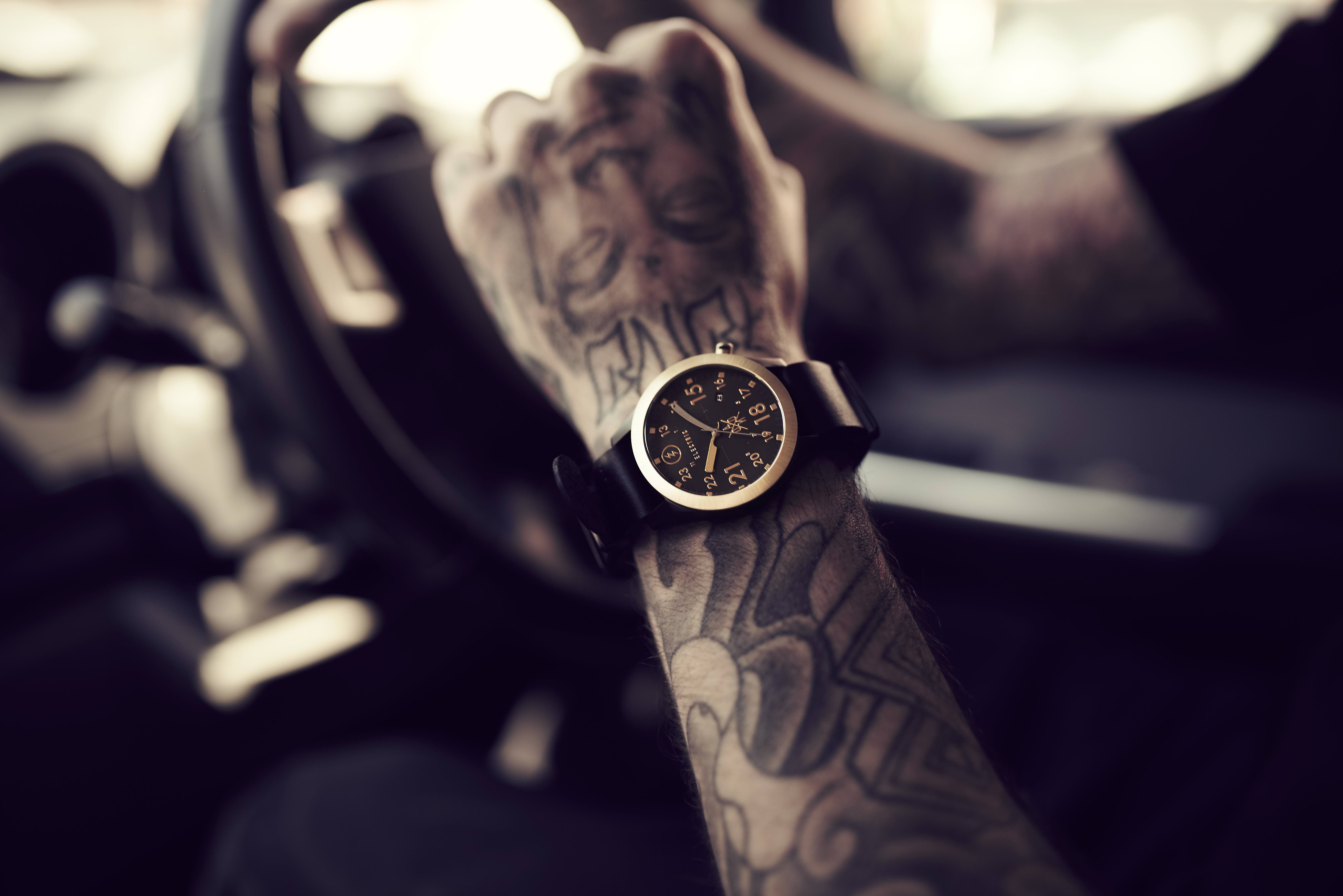 Through the relationships he first hooked up online, AONO is helping foster a global barberlife community, but none of it would have happened without support closer to home. “I’ve always wanted my own brand and wanted to push my barbering to the next level” Paul explains. “I had ideas but it wasn’t until the I met my wife who’s a graphic designer that AONO came to life. We sat down, found the right name and Anna designed a number of logos until we found the right one.”

With its deep roots in barbering and tattoo culture, AONO draws on heritage with a forward-thinking filter. “Tradition is key in barbering, styles and trends change but you have to respect the tradition,” Paul explains. “Our motto is bring traditional barbering into the modern world.” 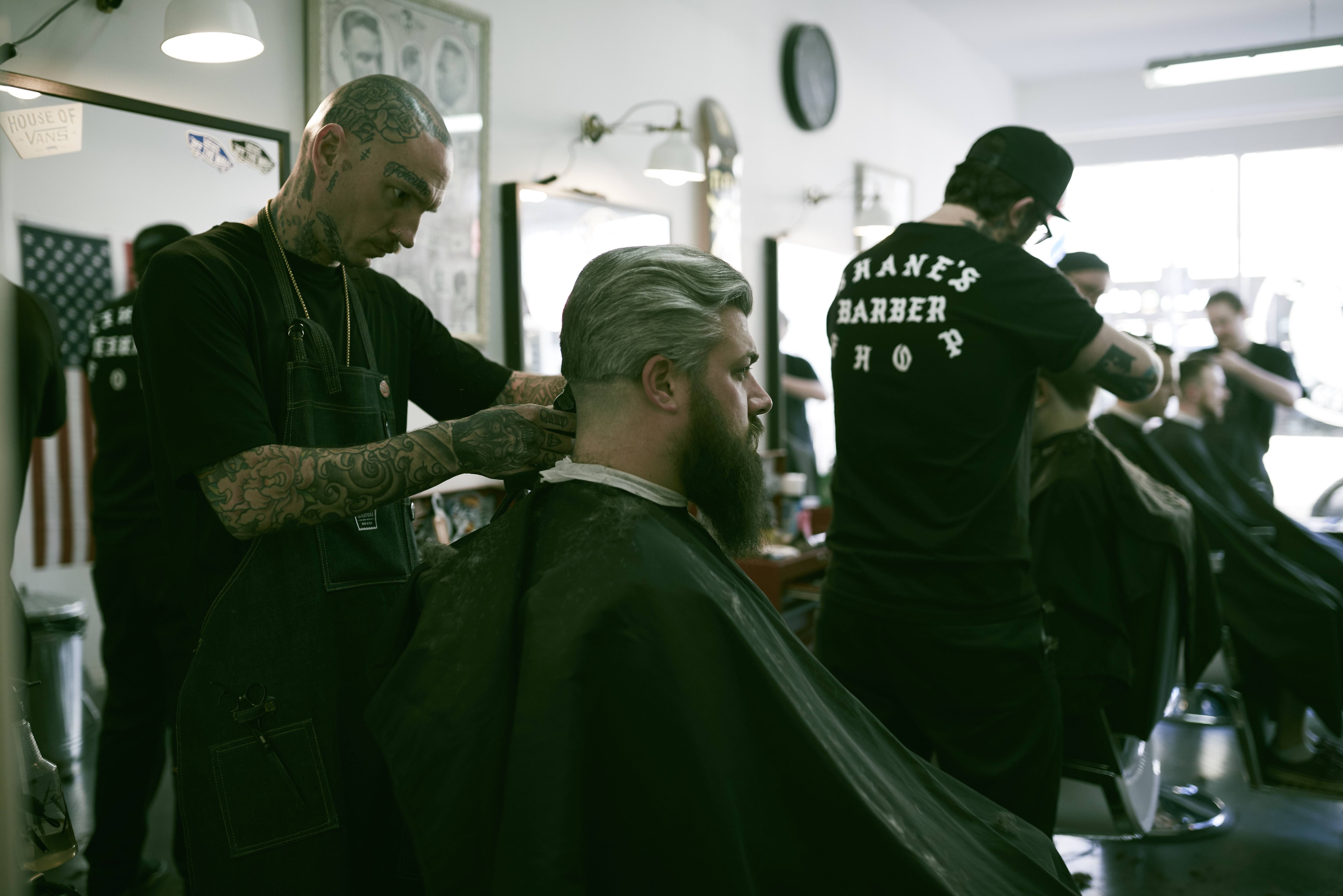 AONO’s journey hasn’t been without its setbacks. “Having your own business is super tough,” Paul explains. The brand nearly went under after he put everything they had into a summer event in Brighton, only for one of the worst storms on record to kill the chance of him recouping his investment. Thankfully their first big international clothing order came through right afterwards, saving them from going under.

“It’s 24/7 and you have to sacrifice everything, but the rewards are huge,” Paul explains. “Not just financially but personally. Seeing an idea come to life and then have people all over the world wearing your product is amazing. Seeing what we’ve achieved in barbering, it’s very humbling. My kids are my driving force. I’m trying to build something strong for their future.”

Linkedin
RELATED ARTICLES
OTHER ARTICLES
Photographer Arthur Grace recalls travelling through the Soviet Bloc and finding ways to evade the surveillance of his work.
Photographer David Hoffman recalls documenting the extreme wealth inequality around Tower Hamlets and Hackney int the 1980s.
Writers Gracie Mae Bradley and Luke de Noronha take on the callousness of borders, arguing for a world beyond them.
The singer-songwriter discusses her intimate new project – and the advice she’s picked up across a career as one of rock’s leading voices.
50 years since its inception, and the campaign calling for recognition that capitalism depends on domestic labour is as pertinent as ever.
In her new book, the author explores the country’s housing crisis in human terms and calls for radical action to address a broken system.