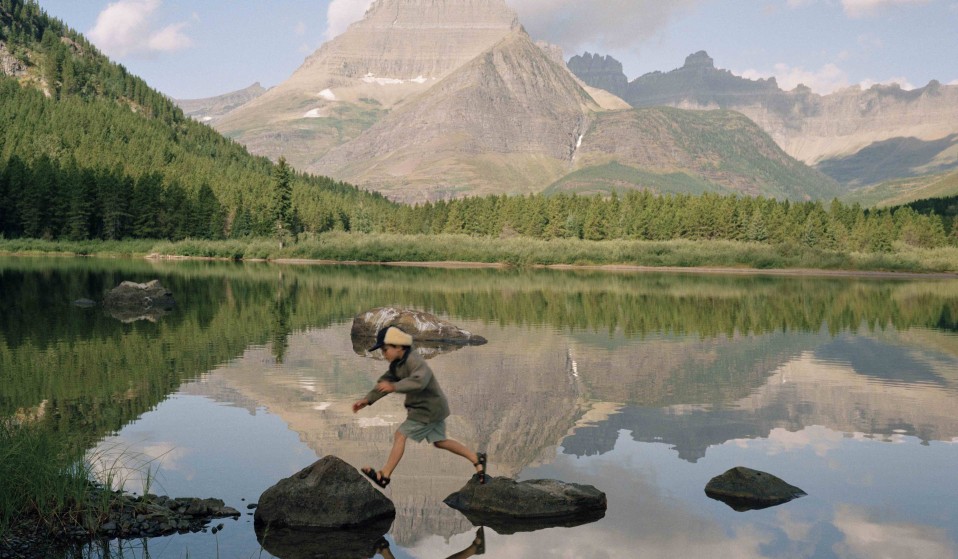 Magnum photographer Peter Marlow died of cancer in February 2016 at the age of just 63. Now an exhibition, featuring his works selected by colleagues will allow us a glimpse into his archive.

It took a cruise ship and a borrowed portfolio to give Peter Marlow his first break in professional photography.

Once aboard as the ship’s photographer, having blagged an interview for the gig using photos his friend had taken, Marlow’s career moved from strength to strength to make him one of the titans of British photography.

Now, some five months after his death, an exhibition by Magnum Photos sets out to look back on his life and work. 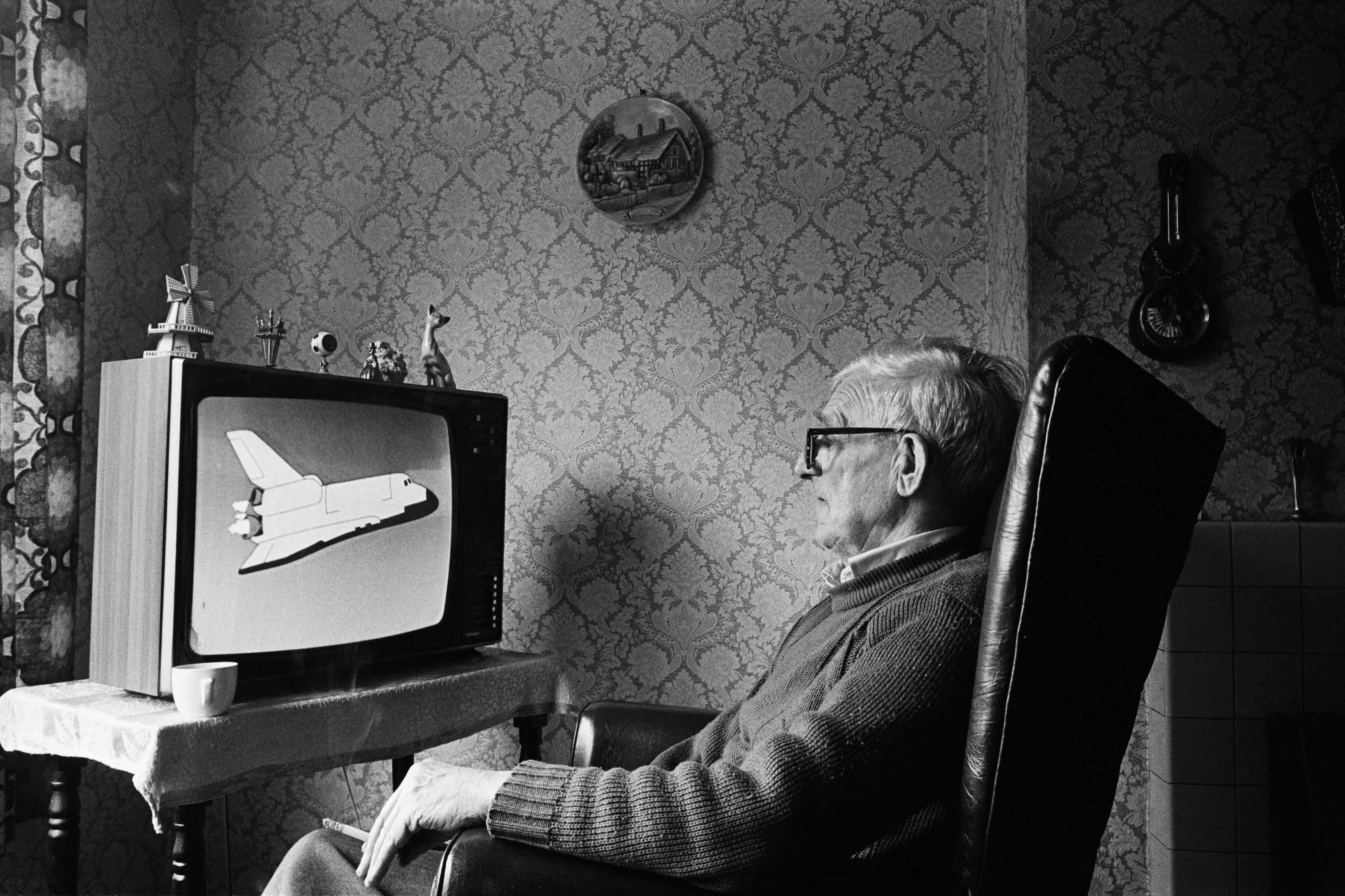 Born in Warwickshire in 1952, Marlow joined the Parisian Sygma photo agency in the early 1970s, but while on assignments for them in Northern Ireland and Lebanon he became disillusioned with photojournalism as a profession. “The stereotype of the concerned photojournalist disguised the disheartening reality of dog-eat-dog competition between photographers hunting fame at all costs,” Marlow once said.

It might seems surprising that someone so cynical would end up the twice-President of Magnum Photos. But then it appears Marlow was often one to take a step back and observe rather than shove himself and his work into the limelight. “I go for photography that overlays and enhances,” he said. A clear sense of the photographer just beyond the frame is present in his photos, which are personal, sensitive and witty. 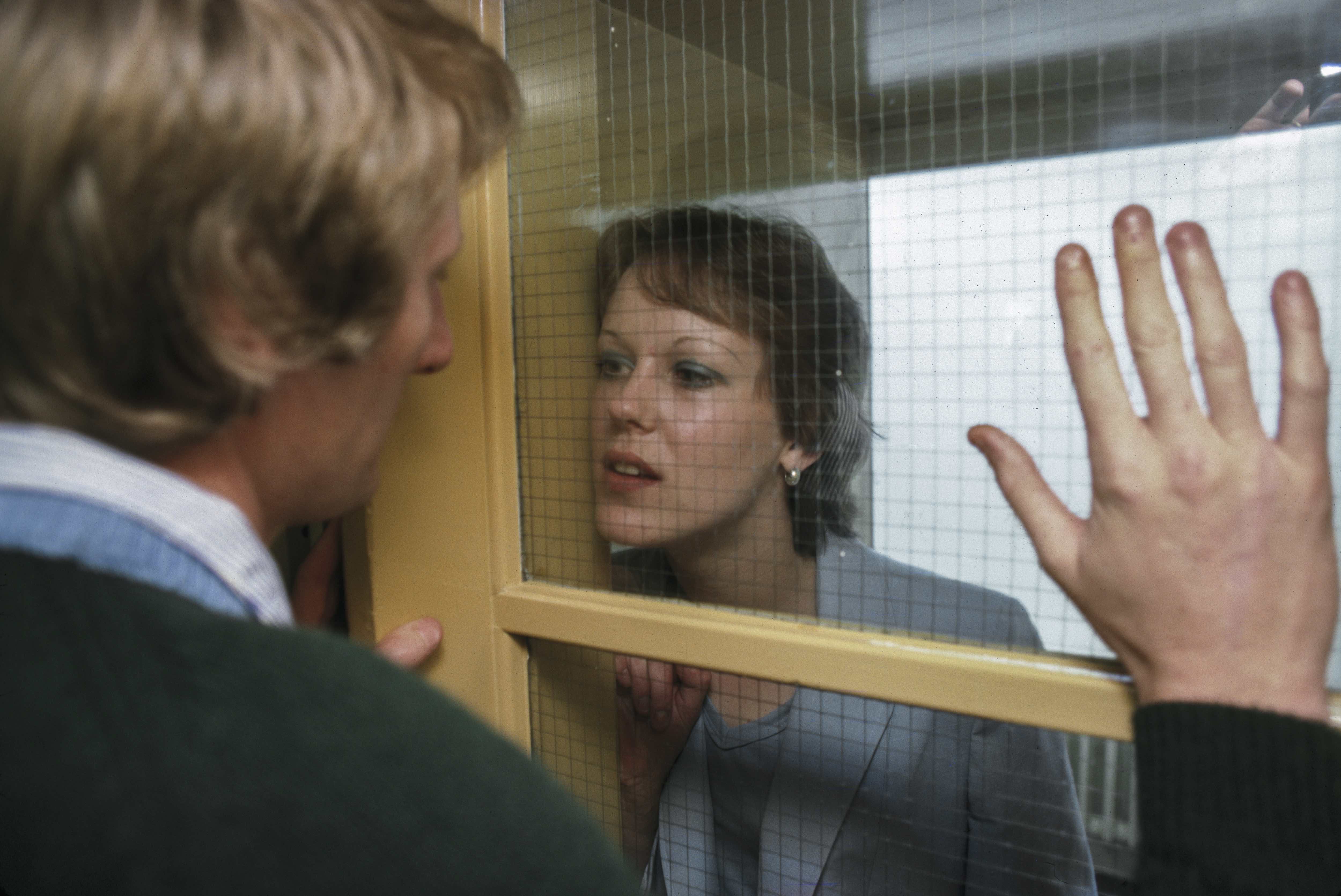 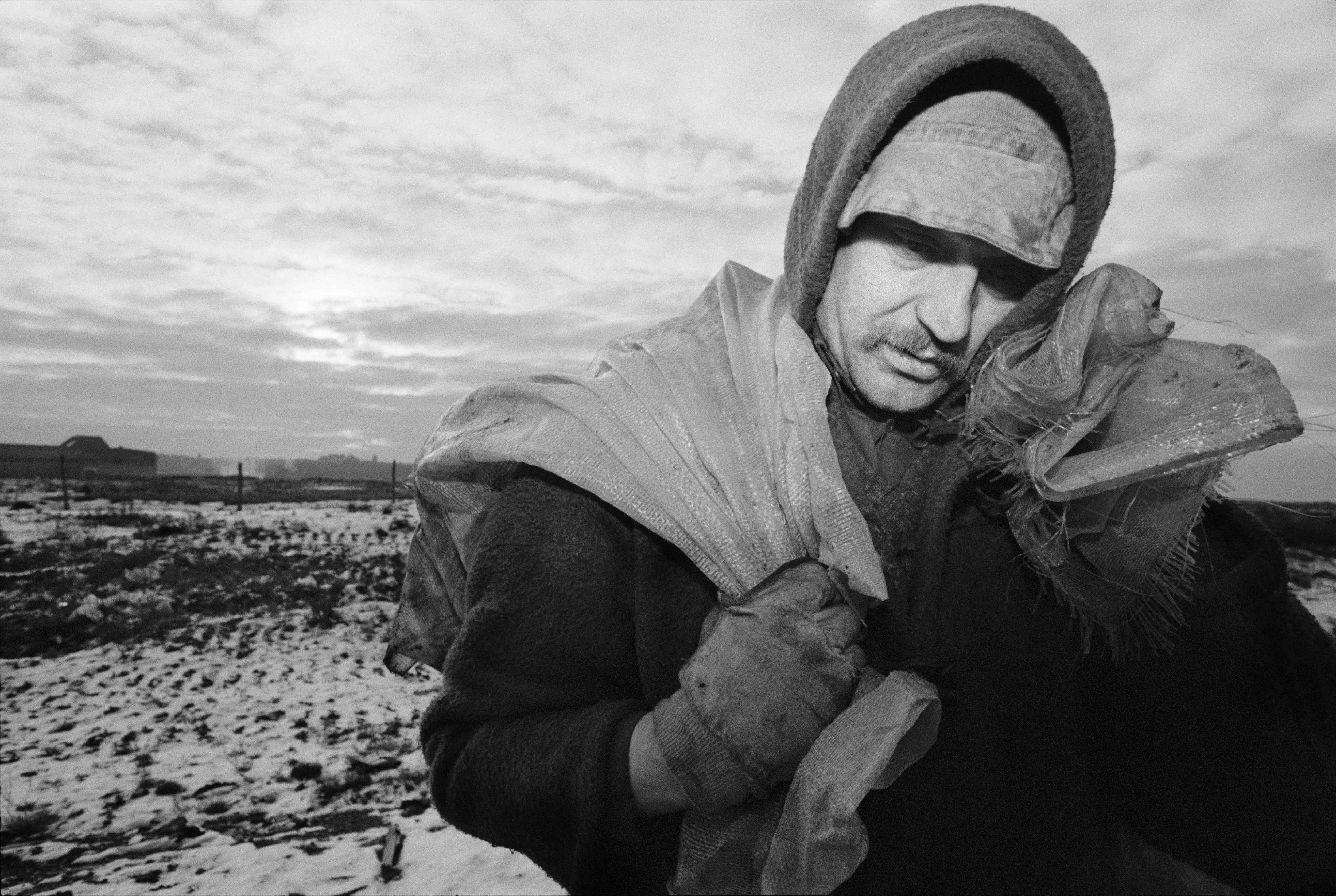 Alongside this comes his uncompromising power to see what others might miss, to “come out with pearls out of nothing,” as Magnum colleague Alex Majoli remembers. Natural viewpoints and easy, simple composition often feature, making Marlow’s work feel democratic regardless of the subject matter.

In order to commemorate their colleague’s life and work, Magnum photographers have each chosen a favourite image to be included in the exhibition, which will range from Marlow’s early photojournalism, his famous project Liverpool — Looking Out to Sea, to his personal documentation of his family. 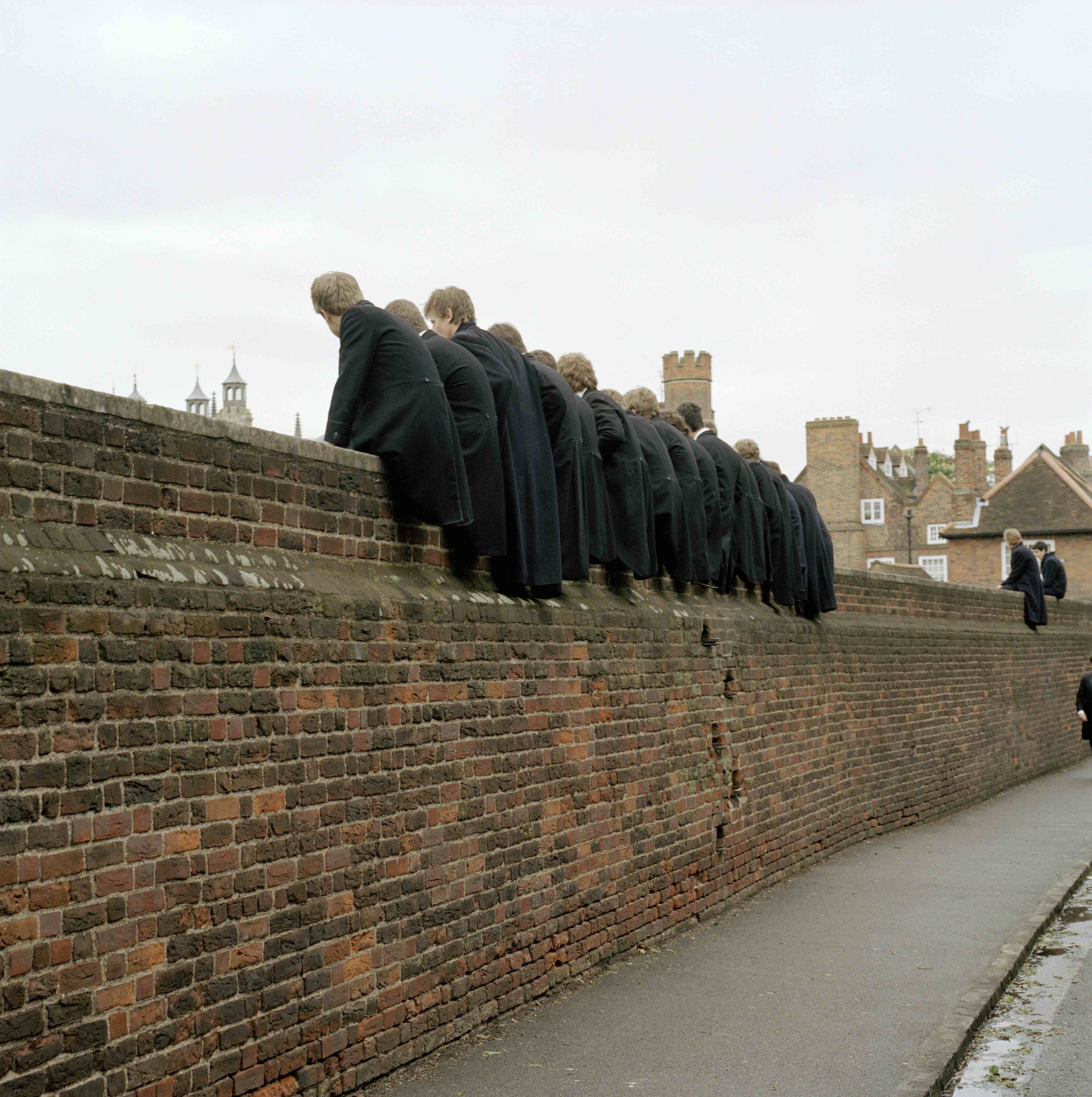 The exhibition subtitle, A Life in Photos, is far from an understatement. Marlow’s family photos are well-represented in his colleagues’ choices, and many note the odd experience of seeing his children and partner change as they worked backwards through his massive archive.

“It was a strange experience watching Fiona, Max, Theo and Felix grow younger, the children eventually ceasing to exist altogether. At certain ages the boys looked exactly the same, history seemingly repeating itself thrice over,” says Mark Power in the notes to his choice, which shows Max Marlow’s back covered in sprays of suncream. 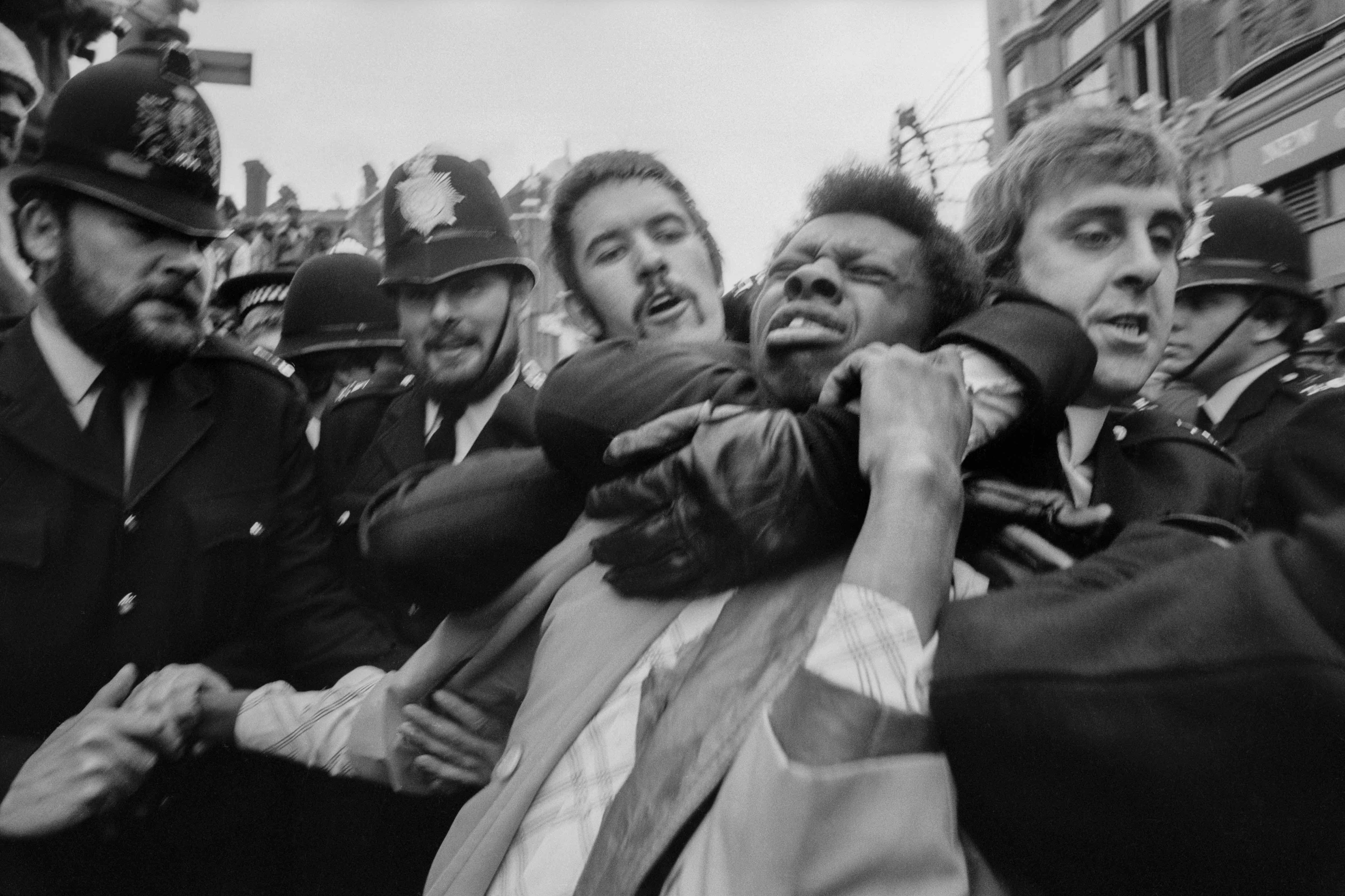 Marlow’s celebrated Liverpool is the source of some of his best known works, but some of the lesser known images took photographers by surprise when they looked through the complete set. The photograph of an elderly man, cigarette in hand, resting in an armchair within touching distance of a television showing a cartoon space shuttle is a classic example of what Chris Anderson calls Marlow’s “intelligence, humour and dignity.” A focus on personal stories (also shown in his many portraits) sit well with his “consistently gentle yet sharp observation,” as Chien-Chi Chang calls it. 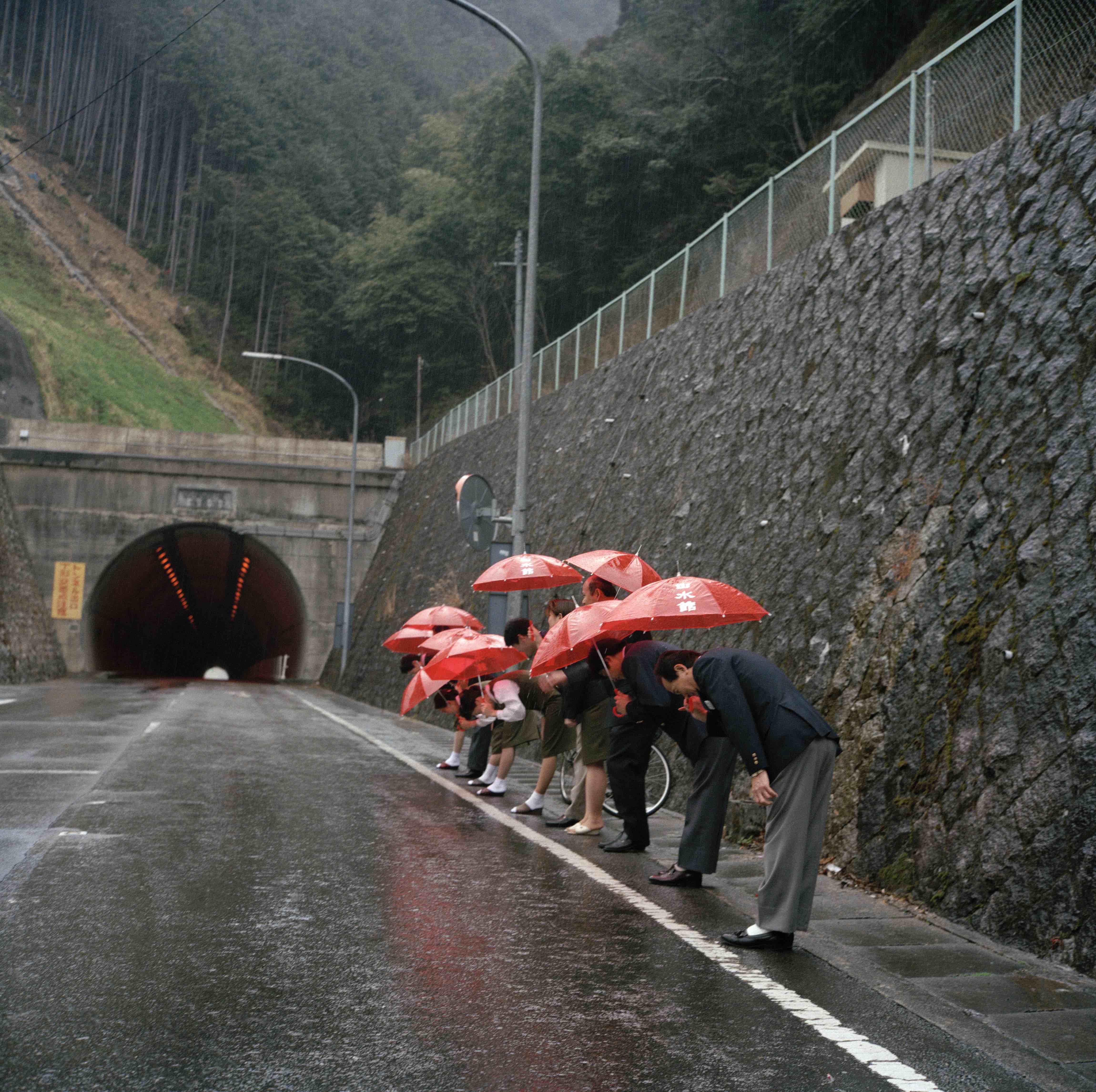 JAPAN. Wakayama Project. Hotel staff bow to leaving visitors, as competition is so fierce Hotels try to be as hospitable as possible. 1998. © Peter Marlow // Magnum Photos

Being a giant in one of the world’s most respected photo agencies means one often has the freedom to go one’s own way, and while he was certainly informed by photojournalism, Marlow eschewed that title early in his career. Avoiding the traditional boundaries of that craft, Marlow’s freedom was to move to square format in the 1990s, working almost exclusively in this mode for over 20 years on a number of assignments and personal photographs. The format alone is often enough to distinguish a Peter Marlow photo, but the desire for simplicity pervades much of his composition and choice of subject matter.

Marlow’s photos wouldn’t necessarily inspire loud laughter, “but a warm smile,” says Thomas Hoepker. For those colleagues and friends left behind, that smile may provide some solace from the loss of such a towering figure in British photography.

Linkedin
RELATED ARTICLES
OTHER ARTICLES
Filmmaker Laura Poitras discusses her new documentary which traces the remarkable life of the artist-activist and the impact of her battle against the US opioid crisis.
Photographer Becky Tyrell went down to the fading banger and stock raceway to meet a community desperate to keep it alive.
Photographer Sean Maung reflects on documenting a small town in Pennsylvania afflicted by high levels of unemployment, poverty, violence, crime, and addiction.
As she gears up for the release of her first book, the 24-year-old climate activist talks standing up to authority and building a more inclusive movement.
A new podcast is opening up the conversation between trans women and trans amorous men in the hope of building coalitions.
After building his reputation covering the US civil rights movement in the 1960s, the photographer went on to produce some of the most enduring images of the past century.