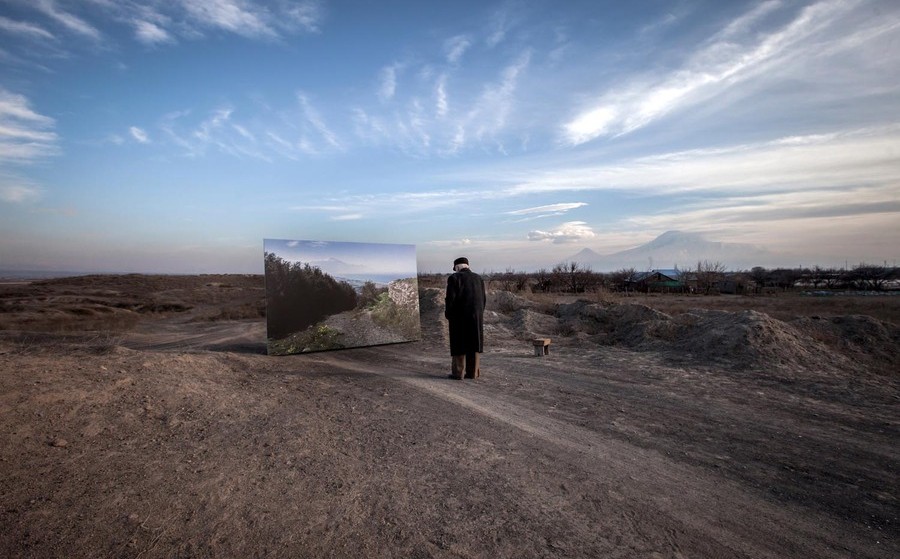 When Diàna Markosian tracked down three survivors of the Armenian genocide, their stories helped her understand her own roots. Now she’s found a way to give a little something back.

When Diàna Markosian tracked down three survivors of the Armenian genocide, their stories helped her understand her own roots. In Huck 52 - The Documentary Photography Special III she shares the story of their collaborative journey. Now, as she launches a print sale in a bid to raise funds, she’s found a way to give something back.

The refugee crisis unfurling across Europe may feel unprecedented in form and scale, or unlike anything our generation has seen before. But the story of displacement – of being driven from your home – traces a dark arc back through time.

In 1915, untold thousands of people fled present-day Turkey to escape the Armenian genocide. The Ottoman government had embarked on the “systematic extermination” of the Armenian minority, whose historical homeland sat within the Ottoman Empire. Intellectuals and men were rounded up and killed, and everyone else – women, children, the elderly and frail – were sent on death marches into the Syrian desert. History failed to document their lives; between 800,000 to 1.5 million people were killed. But there are stories of survival.

A hundred years on, Armenian-American photographer Diàna Markosian has connected with three survivors living in Armenia and re-embedded their names in history. Yepraksia Gevorgyan, Movses Haneshyan and Mariam Sahakyan fled their homes as children, but their homeland never really left them. Telling their story posed a particular type of challenge, so instead of simply documenting their present lives Diàna found a way to reconnect the three survivors with the warmer moments of their pasts. 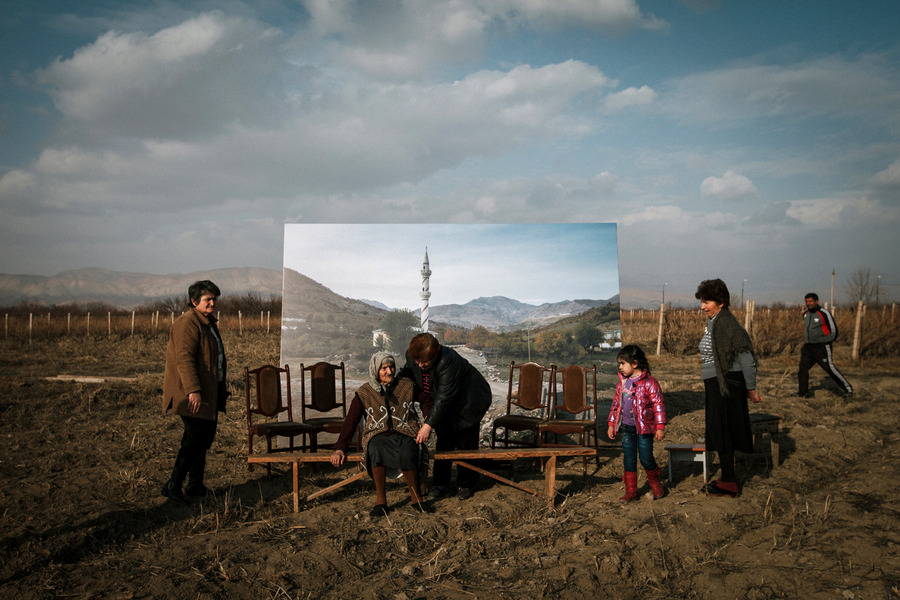 Mariam Sahakyan, 101, was born in Sason, Turkey, which was a major site of massacres. She escaped to Syria with her mother and older brother, whom they dressed as a girl for safety.

“When I told each of the survivors I was going to visit their former homes in Turkey, they asked me to fulfil a wish,” says Diàna. “Movses, from Musa Dagh, wanted me to find his church and leave his image there. Yepraksia, from Kars, asked me to find her older brother whom she was separated from after the genocide. Mariam, from Sason, requested a handful of Turkish soil for her to be buried in.”

Those personal histories came together as 1915, a photography project that saw Diàna travelling to and from Turkey to make images of each survivor’s former home. Today, those photographs hang on the three centurion’s walls, like a window facing back through time. But Diàna is determined to affect some kind change that can pull them forward, too. 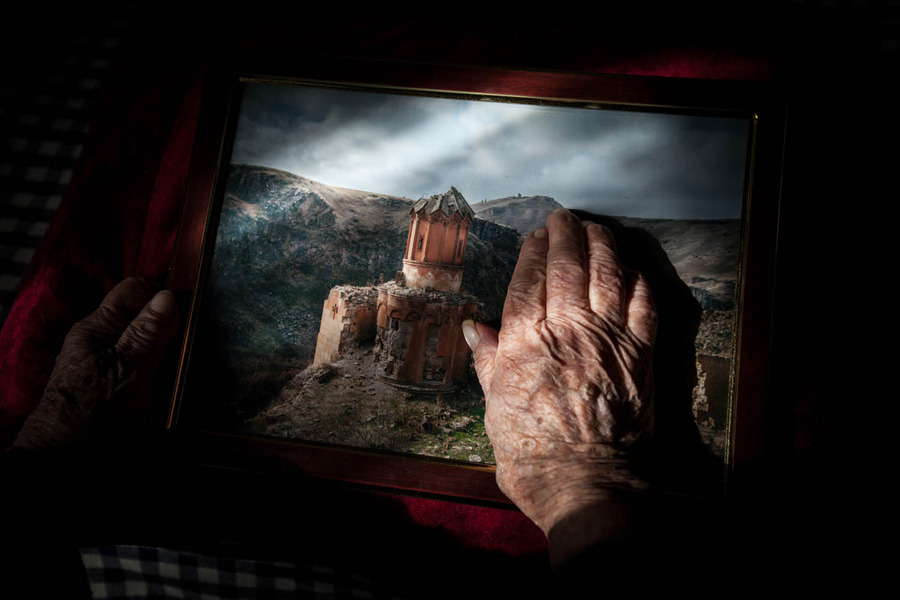 Yepraksia Gevorgyan, now 110, escaped by crossing the river to what is now present-day Armenia. She watched the Ottomans kill the Armenians, throwing their bodies into the water, which she described as “red, full of blood.”

“I wanted to give back in some way, but was unsure of how to go about it,” she explains. “I decided to launch a print sale because it’s the one thing I could do as a photographer to help these individuals who have lived most of their life unnoticed.”

The sale, launched in partnership with London-based photo lab Genesis Imaging, consists of five prints in limited-edition runs of ten. Diàna hopes to raise $10,000 for each survivor and their families, in the hope that they may live out their final years with more than just basic necessities. 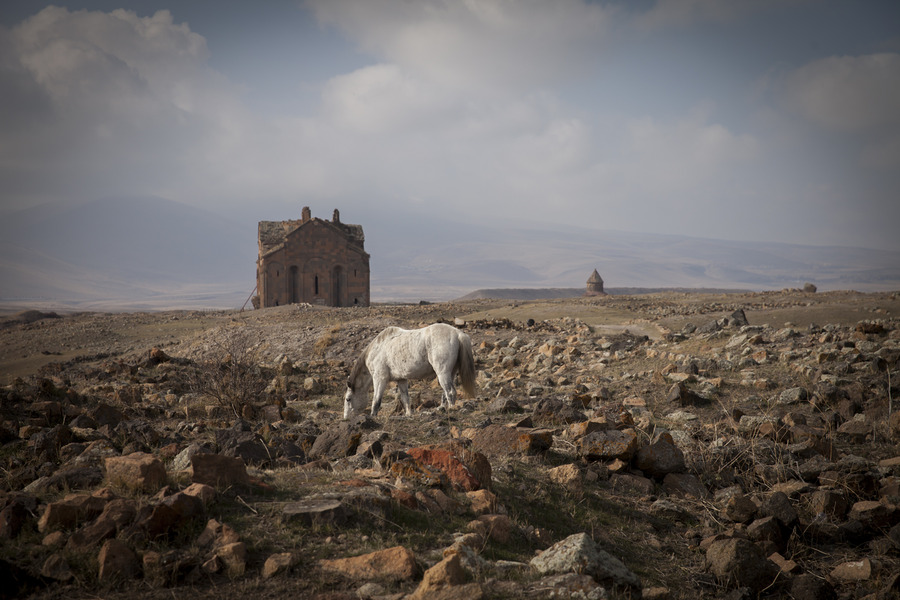 Once the capital of an ancient Armenian Kingdom, Ani, was known as the “city of 1,001 churches.” After the genocide, Turkey cut Armenia from its history, with no mention of who built or inhabited it. Today, the city remains abandoned, apart from the occasional presence of Turkish border guards.

“So much of our profession is about taking — and I found myself in a rare position, where my role shifted from photographer to active participant,” says Diàna. “I think this is the first time I am seeing my own photography change the lives of those who I profiled. I noticed the impact when I delivered the backdrops of their homelands, but then I followed up with them last week, and found that each of the survivors had pasted it in their bedroom. It really moved me. I felt like I had done something worthwhile. Perhaps it is just for a tiny amount of people, but at least I’ve had some sort of impact, which is a lot more than I could have said a few years ago about my work.”

Linkedin
RELATED ARTICLES
OTHER ARTICLES
Following the announcement of an 80% hike in the energy price cap from 1st October, crowds gathered outside the offices of energy regulator Ofgem to protest and declare their intention to undertake a payment strike.
Financial turmoil is pushing people who work in the sex industry into more dangerous and desperate situations as a means of survival.
Rhiannon Adam spent three months capturing an ageing society wracked by division, isolation, and the aftermath of scandal.
Photographer David Corio’s archive offers a glimpse inside a revolutionary era of music and nightlife.
Sean Maung’s photos are a love letter to the Black and brown communities that make up New York.
As the Scottish government announces a rent freeze, an activist with Living Rent who fought and won shares how they did it, and what must come next.