Art & Culture / Photography / Down and out in east LA: vintage shots of Chicano life 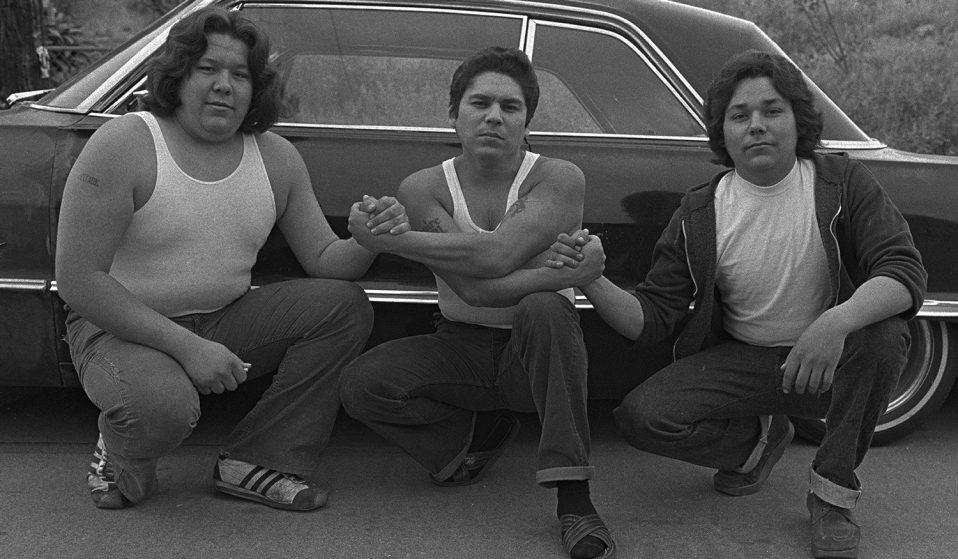 In the 1970s, photographer Wynn Miller joined the Arizona Maravilla gang: a disenfranchised community stuck on the margins of society.

In the 1970s, photographer Wynn Miller joined the Arizona Maravilla gang: a disenfranchised community stuck on the margins of society.

Born and raised in Los Angeles, Wynn Miller first visited the city’s Eastside in the 1970s, after an invitation from his brother-in-law to meet members of the Arizona Maravilla gang. “It was a foreign world to me; I was a surfer,” Miller remembers. “I didn’t know anything about the gangs.”

“I took a few pictures and when I got home I made a few prints in my own darkroom. I thought they were really cool so I decided to take a chance. I took pictures of their kids and that was my way into the gang life.”

Over the next year, Miller would spend his weekends in the area, creating a series of black and white environmental portraits. Recently on view in the exhibition On the Edge of Society, his photographs are an intimate look at the brotherhood in a disenfranchised community living on the margins of society.

“The guys were really close to one another,” Miller says. “It wasn’t something I had experienced. I had close friends, but not like this. Most didn’t have jobs. There were a lot of abandoned lots in the area and we would gather around a couple of cars.”

After his first few visits, a couple of members named Lyle and Squire took Miller under their wing and vouched for him: “Some of the guys got serious about harassing me. Fortunately, Squire and Lyle watched over me and got what I was trying to do.” 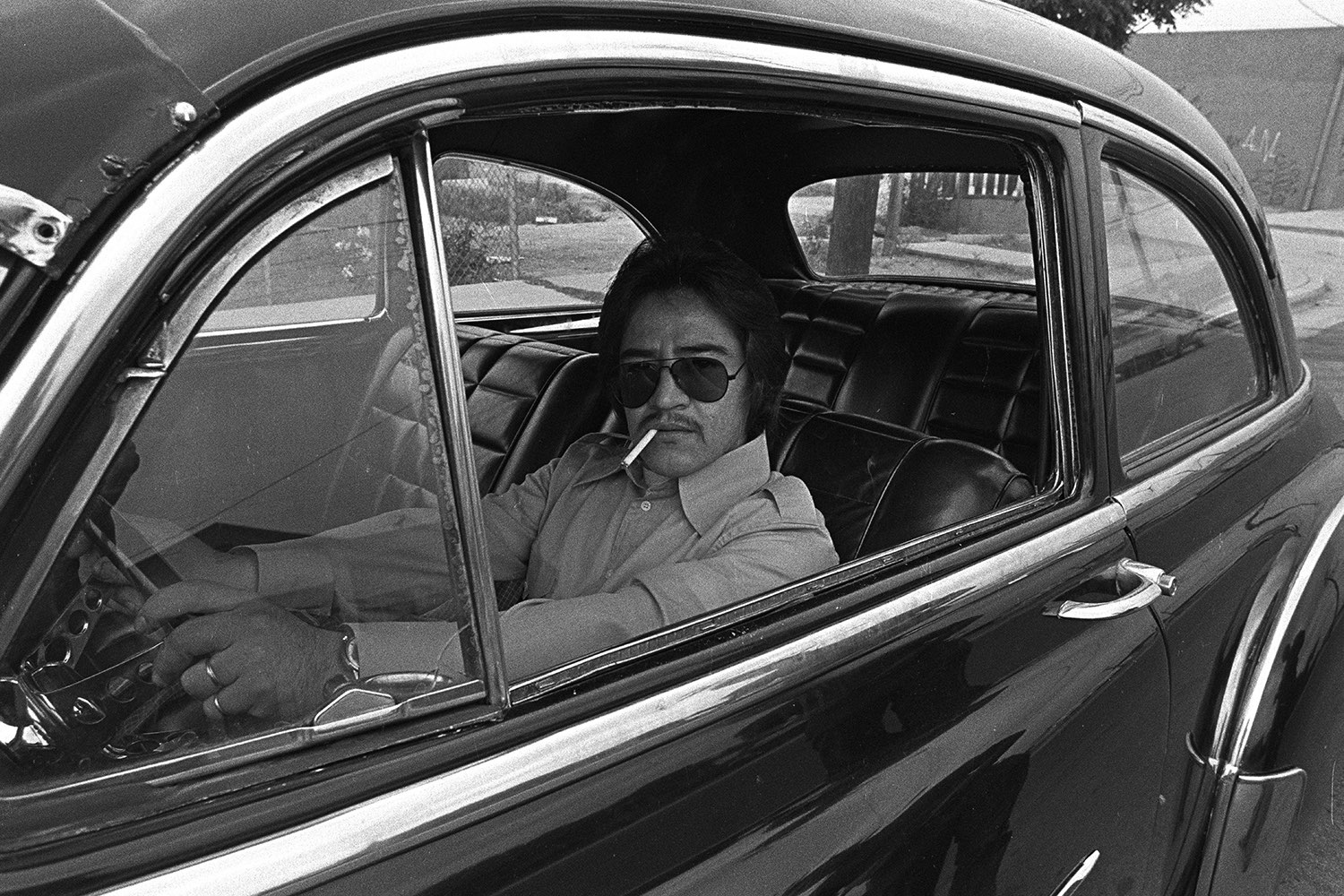 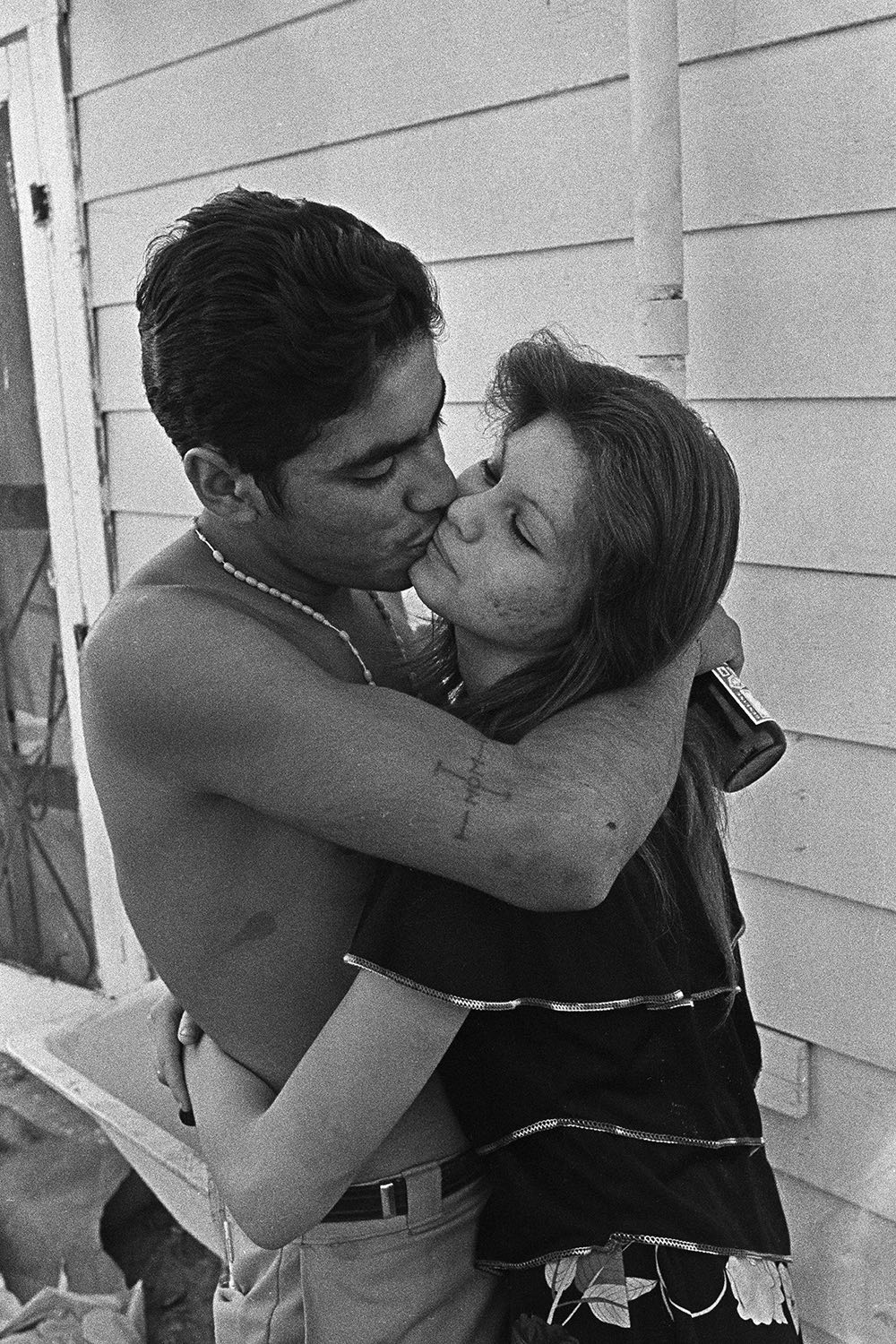 “When I first started, I got some pictures printed in the LA Weekly. The first night they were published, they drove around the Eastside and broke all the vending machines for the newspapers, and took all the papers.”

Although the danger was ever-present, Miller says he was largely kept out of the mix: “They didn’t always want me around. They’d run out every now and then to do some mischief but they never let me go along with them.”

“I stopped going because one of the guys that I had gotten close to was shot and killed on a weekend when I wasn’t there. When I went back, they told me what had happened. I had an epiphany: ‘Okay I am done. I am not coming back here anymore’. I didn’t go back for 40 years.”

When Miller finally returned, the neighbourhood had changed so much that he no longer recognised it. “I asked around and nobody was willing to talk to me, but I had an old phone number for a guy named Ruben so I called him,” Miller recalls. “We met up and he said, ‘oh yeah, I remember you. You were scared the whole time you were there.’ He was right.”

“People always ask how I got these photographs. I worked my way in. I wasn’t the enemy. There were 50 gangs in East LA at that time, they had their hands full. I was just a scared guy from West LA.” 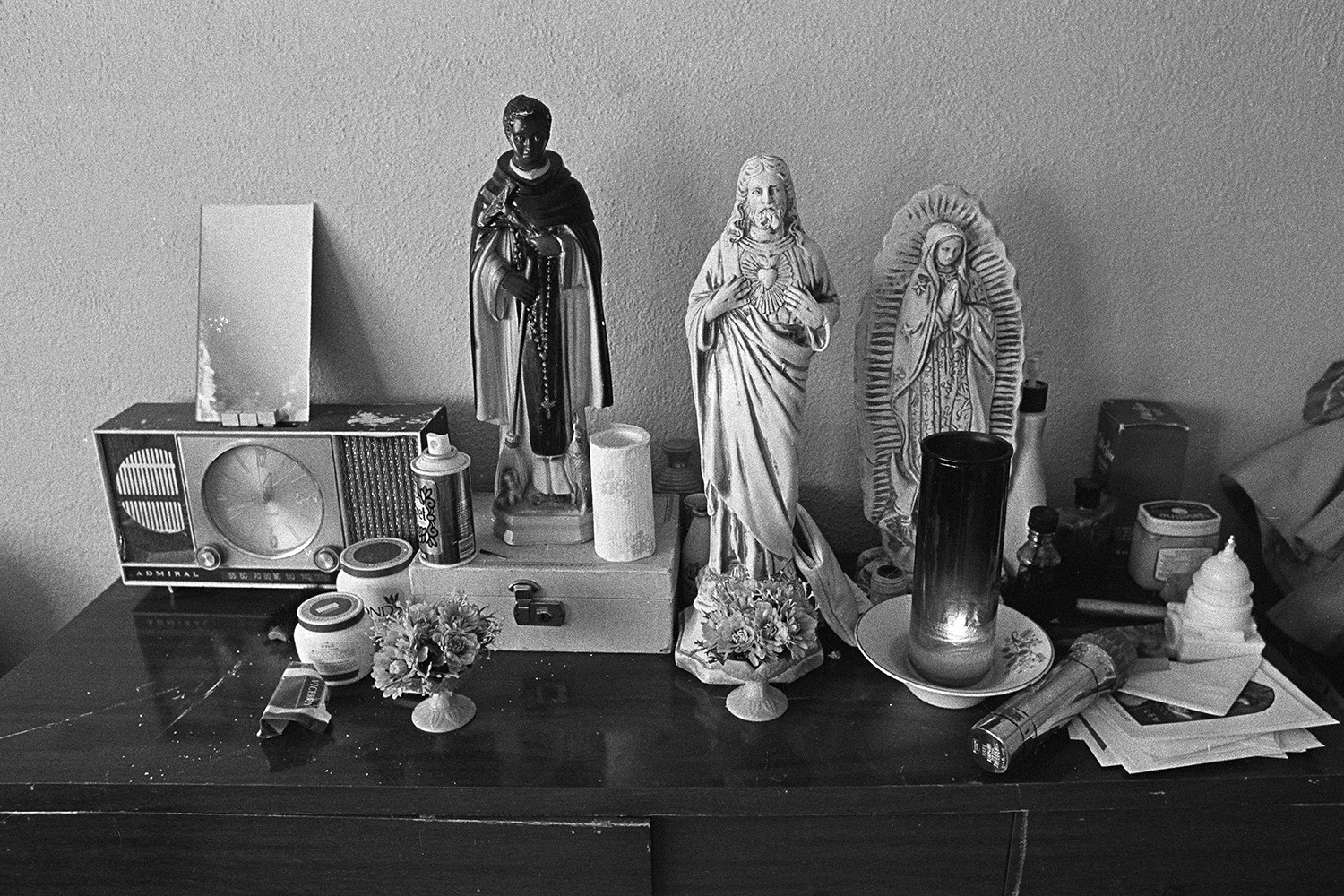 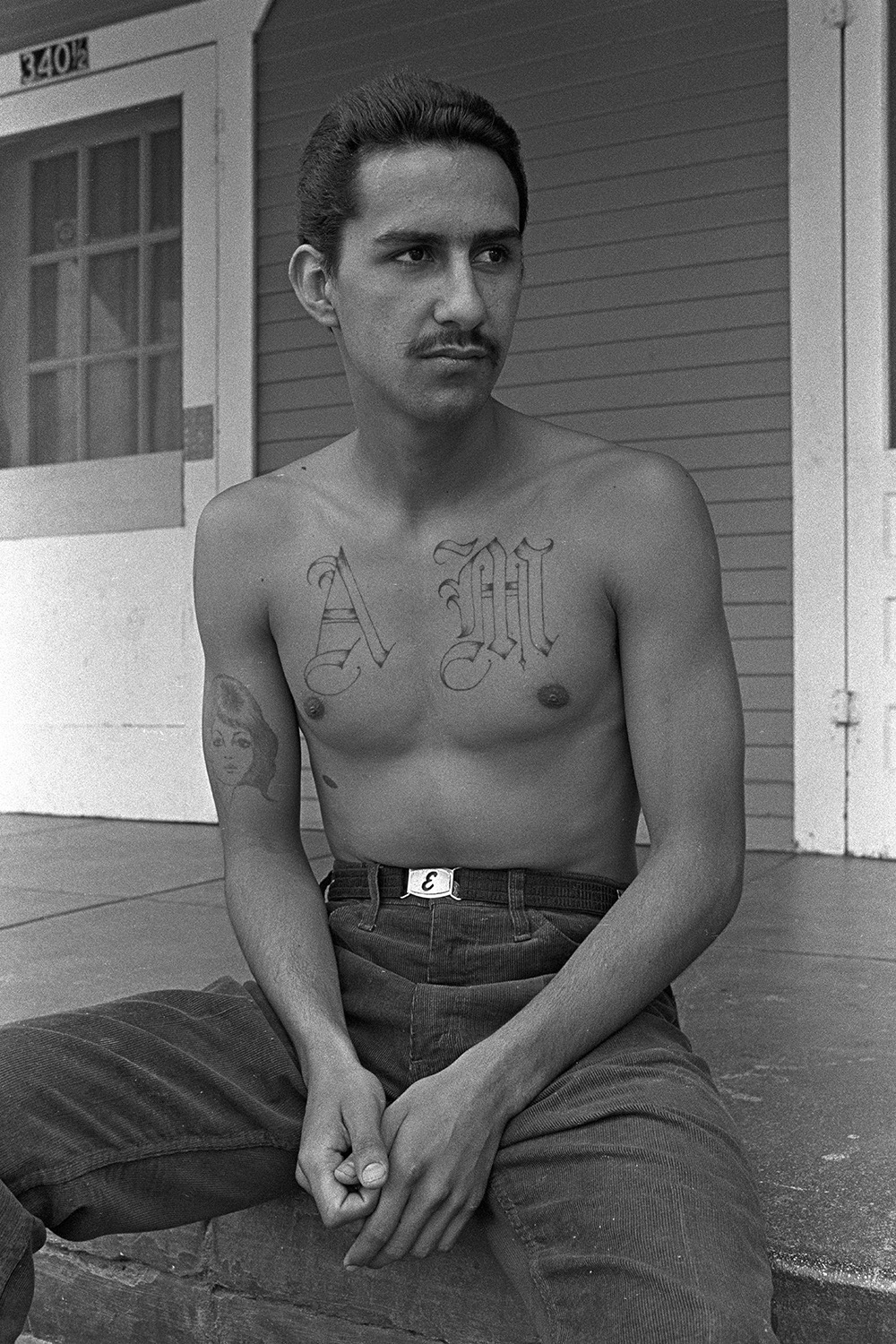 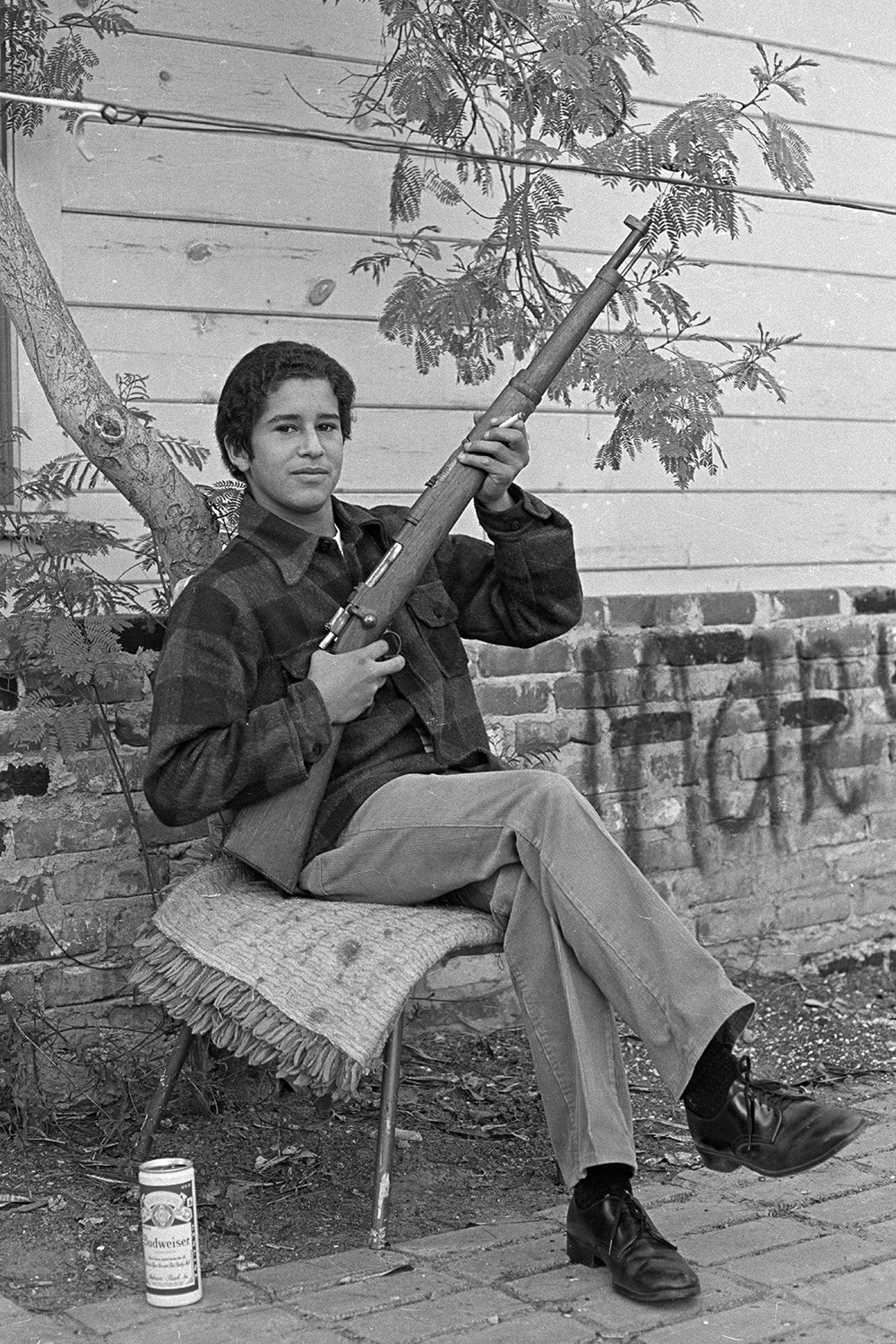 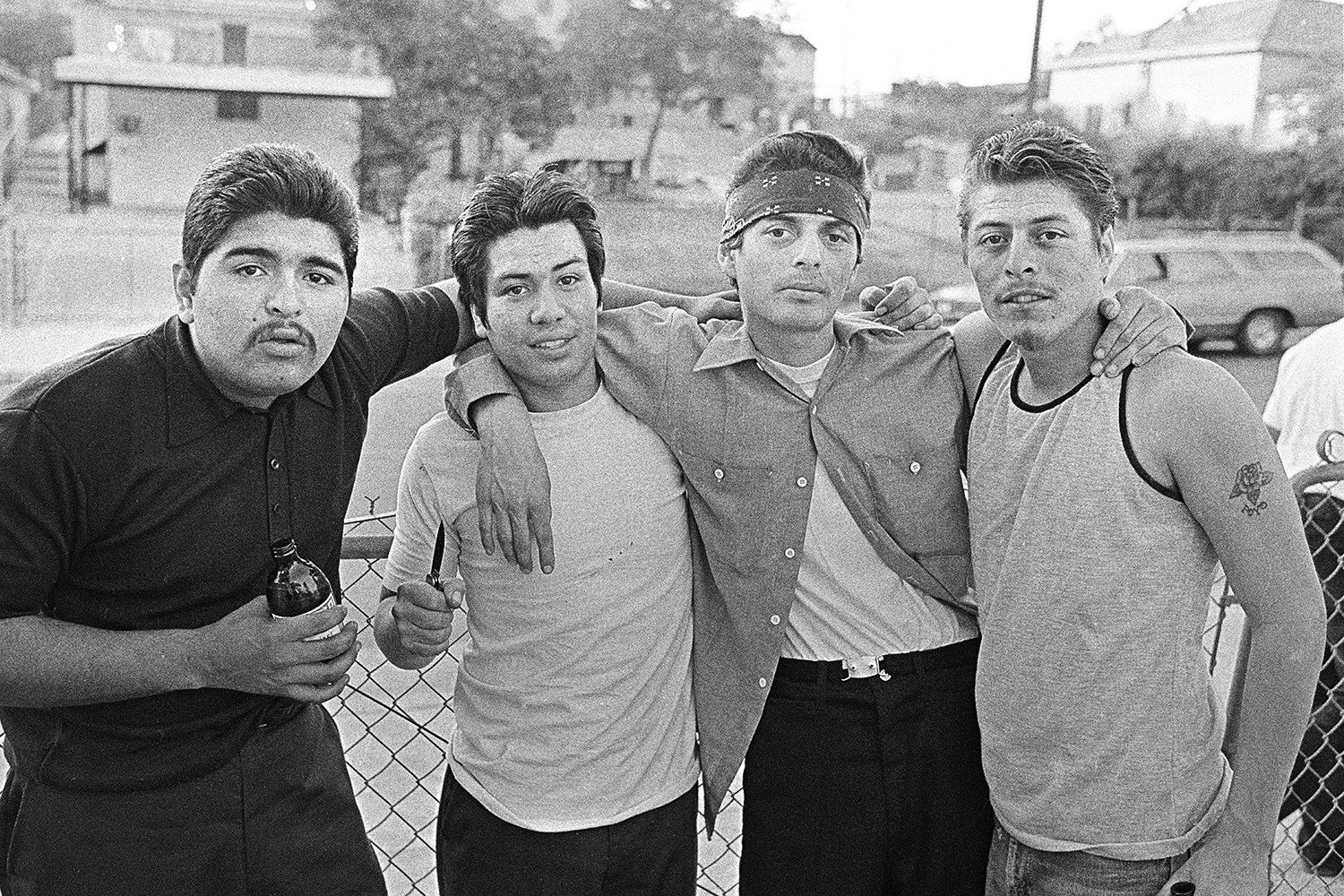 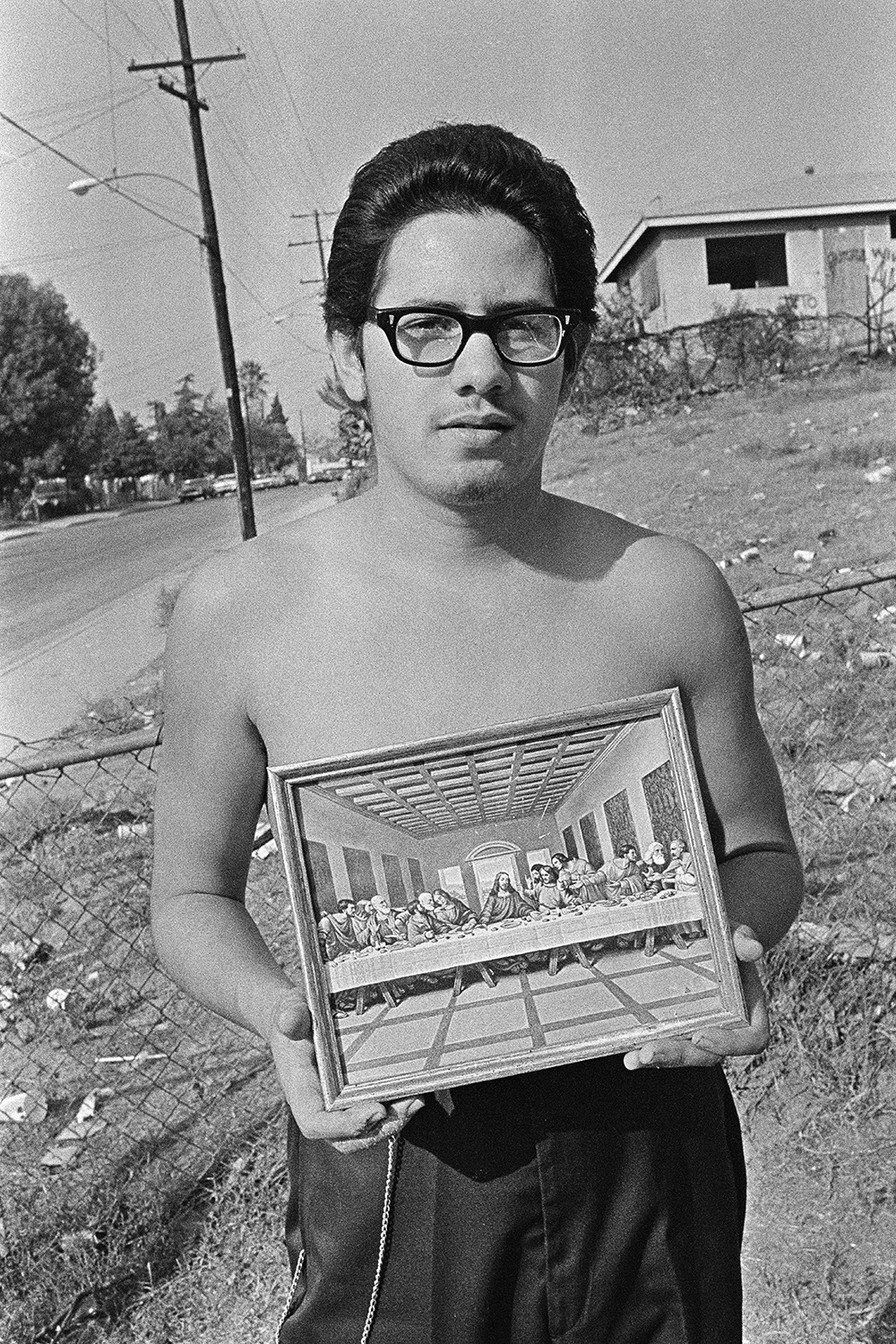 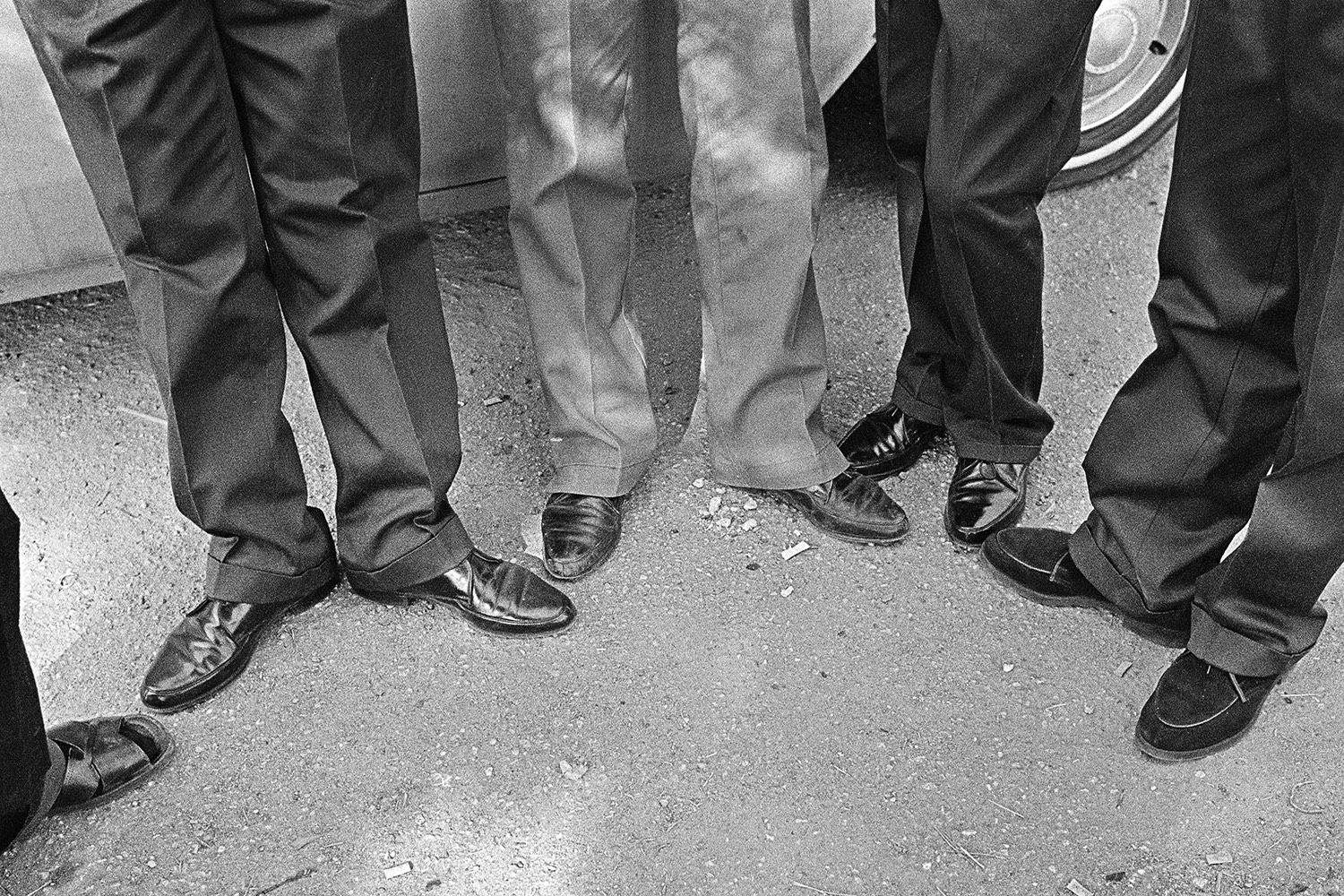 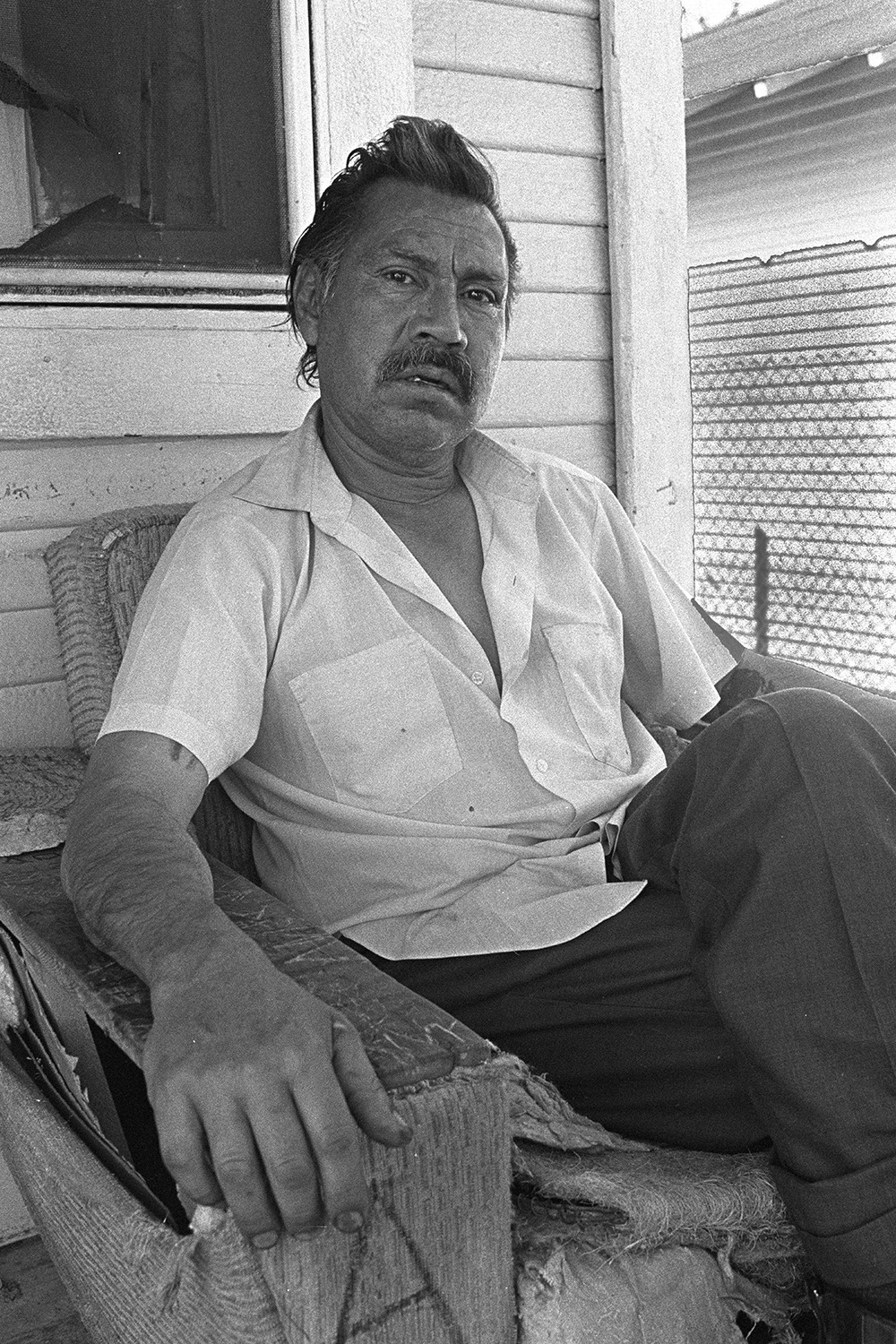 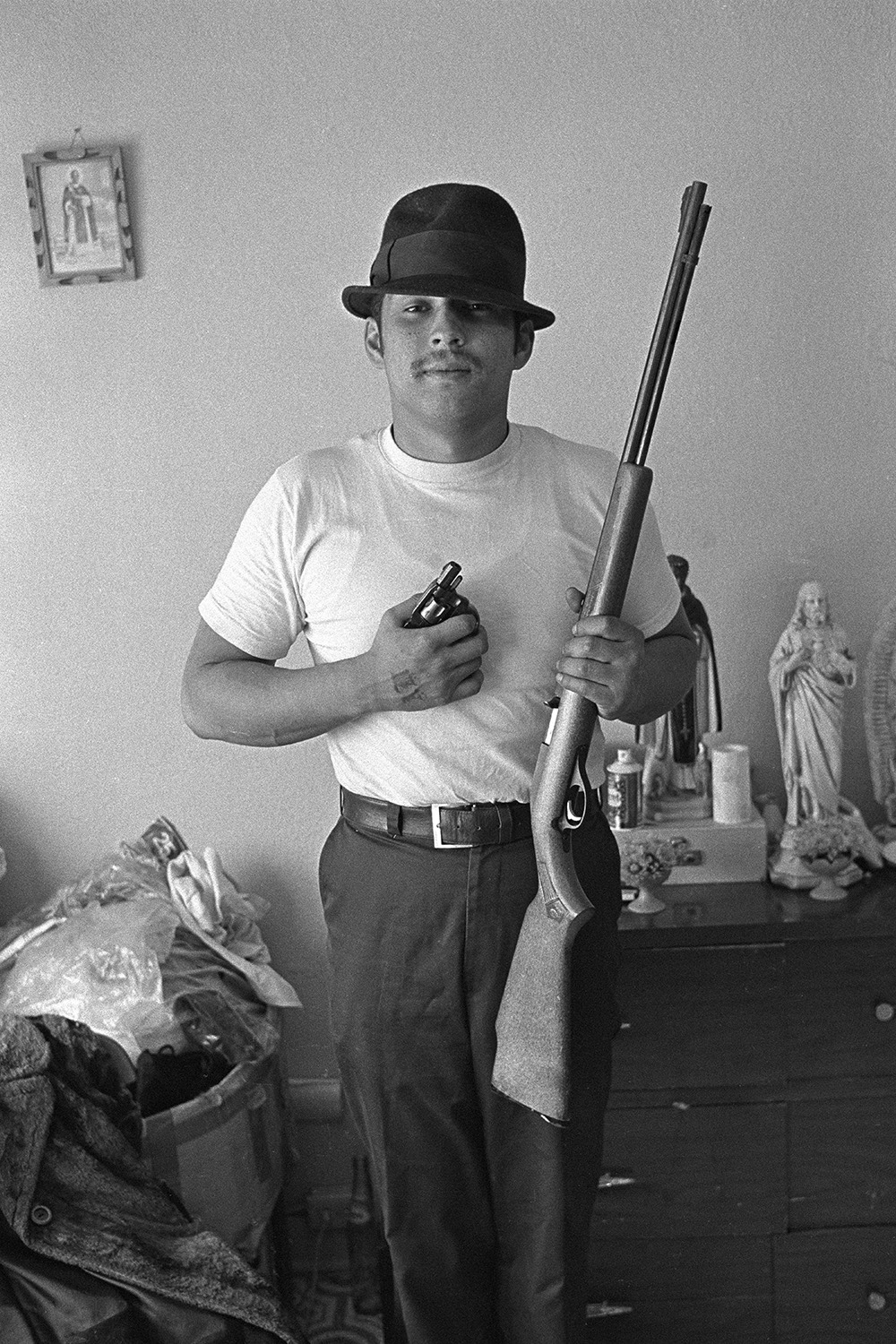 Linkedin
RELATED ARTICLES
OTHER ARTICLES
A 37-year-old woman shares how her abortion led her to become a clinic worker, and the abuse she’s received in that role.
Cindy Campbell recounts how her brother ushered in a new era of musical culture at a party she held in the Bronx in ‘70s.
By turning a real-life crisis into daytime television fodder, TV bosses have once again shown themselves to be completely out of touch with audiences.
A new project is documenting formerly incarcerated people as they transition back into civilian life.
Rhiannon Adam spent three months capturing an ageing society wracked by division, isolation, and the aftermath of scandal.
Birdy Chu reflects on documenting the historic moment in which the territory was formally passed back from the UK to China.