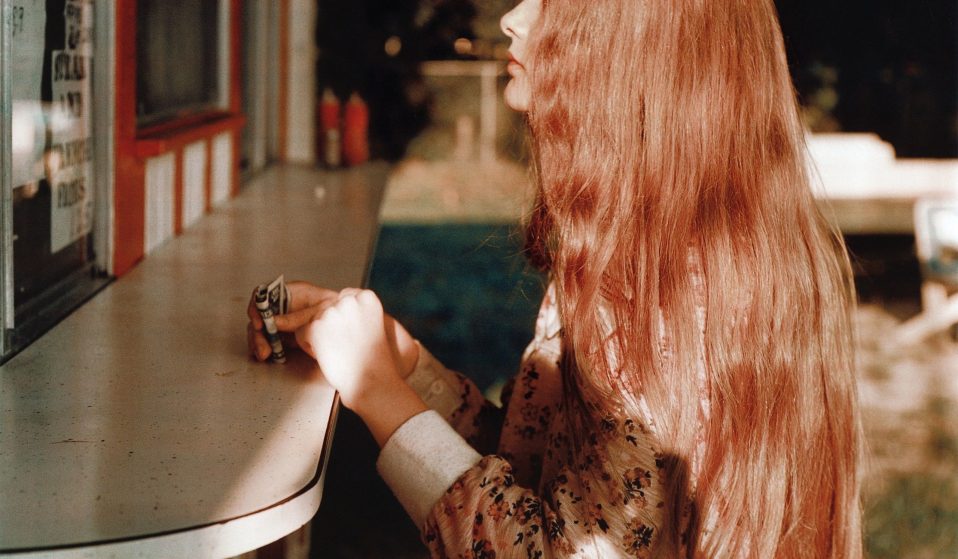 Throughout the ’70s, photographer William Eggleston captured the rural towns of the American South, where he took colour, concept and composition to new heights.

Throughout the ’70s, photographer William Eggleston captured the rural towns of the American South, where he took colour, concept and composition to new heights.

Hailing from Memphis, Tennessee and raised in Sumner, Mississippi, American photographer William Eggleston is a poet of the American South. His vivid images of daily life helped establish colour photography as a medium of fine art during the ’70s.

Gallerist Rebekah Jacob also grew up around the Mississippi Delta, and recalls seeing the photographer in her youth. “Eggleston was somewhat ethereal but evident in the Delta, cruising around and taking pictures,” she recalls.

“You would often see his car perched just off the road and sometimes spot him walking along the paved roads or wandering out in the fields. Some thought he was crazy, others didn’t care to wonder. But it was strange to see anything other than field hands or farmers speckled out in the middle of cotton fields. And there he was, sweeping a camera and capturing the soul of the land, in perfect aperture.” 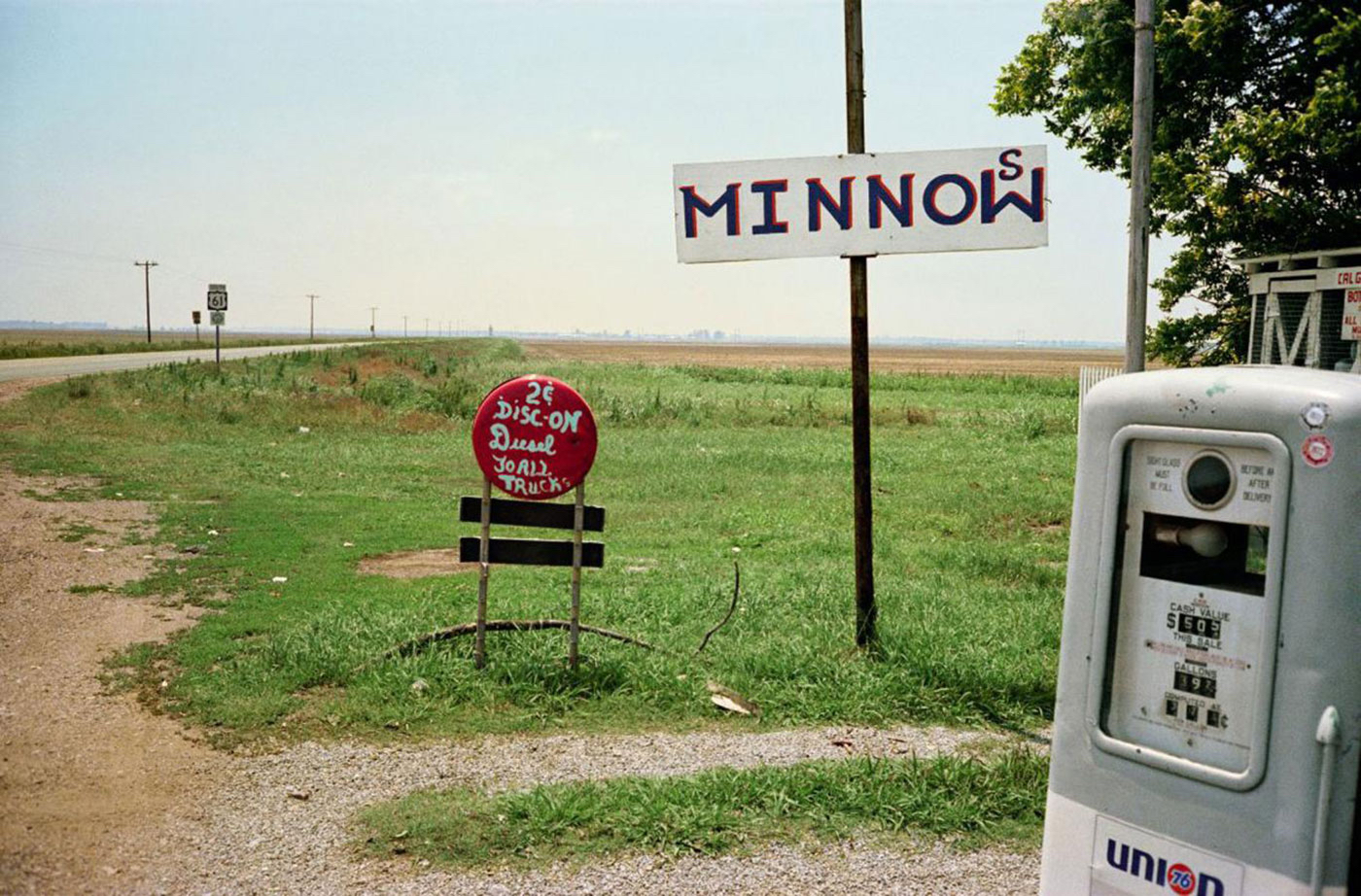 Minnows (On Highway 61 through the Mississippi Delta), 1972 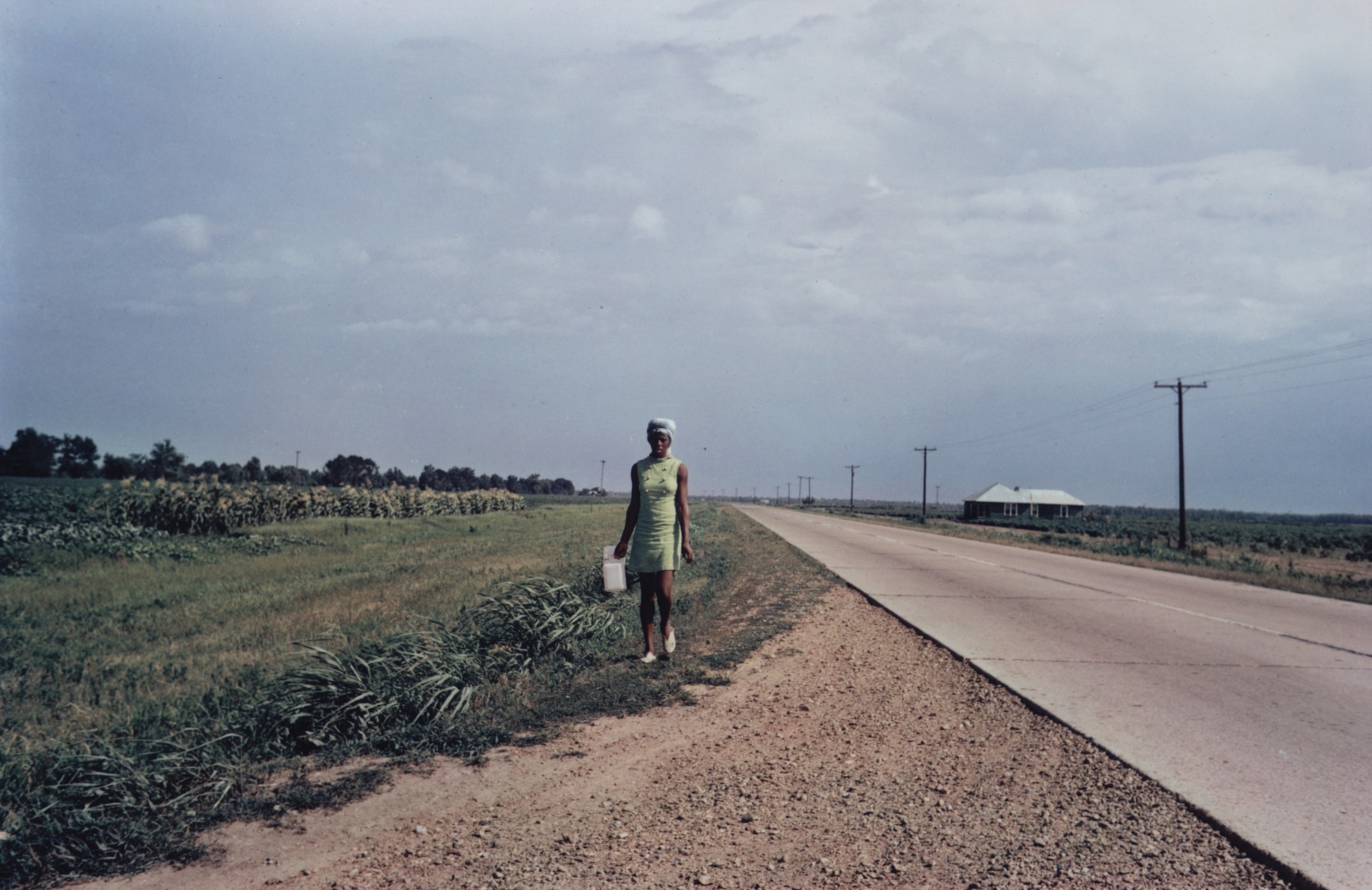 Farm in the Mississippi Delta, 1970

While many dealers and collectors chase Eggleston dye-transfer photographs, Jacob prefers to focus on his chromogenic work: the intimate, small format images the artist made while exploring rural towns along the Mississippi River. In the new exhibition, William Eggleston’s Snapshots — the c-print, Jacob spotlights these intuitive interpretations of the land they both share.

“Eggleston was a link from the early 20th century artists to the present, modernising the medium in terms of printing and the use of colour,” Jacob says. “Although innovating the medium, he carried the voices of the Delta with integrity, patience, and sensitivity. He photographed the place and its peoples by sweeping the camera, so it has always been fascinating to see ‘my land’ variously angled and tightly formatted – like riding in a car with your head titled against its window.”

Jacob met Eggleston while earning a Masters in Art History at the University of Mississippi, popularly known as “Ole Miss.” “Mr Eggleston arrived true to his reputation,” she remembers. “A southern aristocrat, he was dapper, wearing a high-end sports coat, buttoned shirt, and slacks. He was polite yet mercurial.” 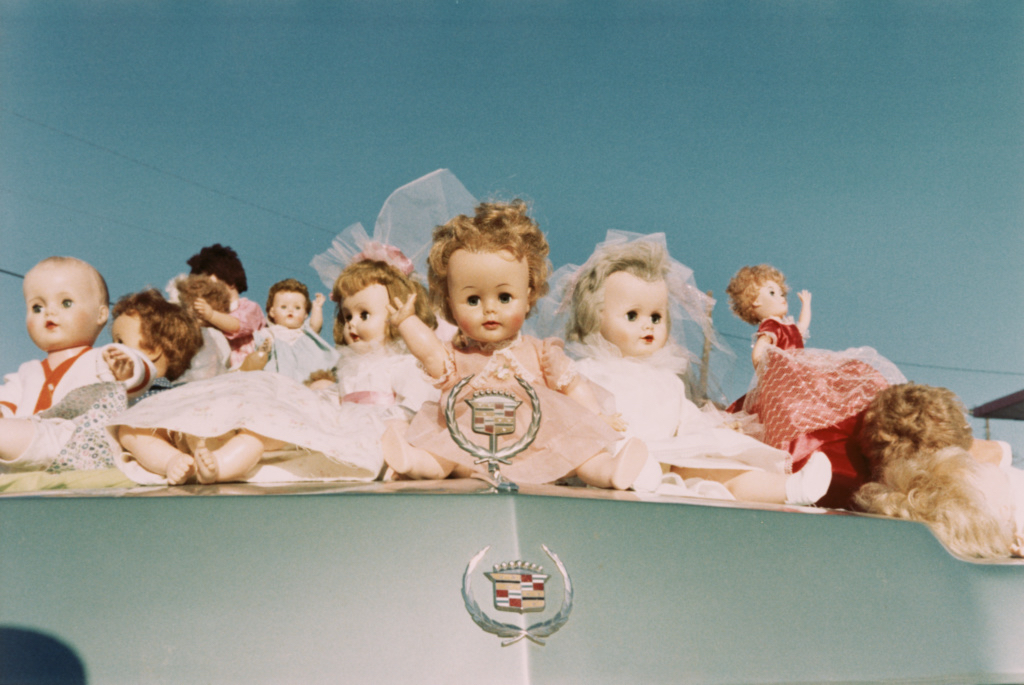 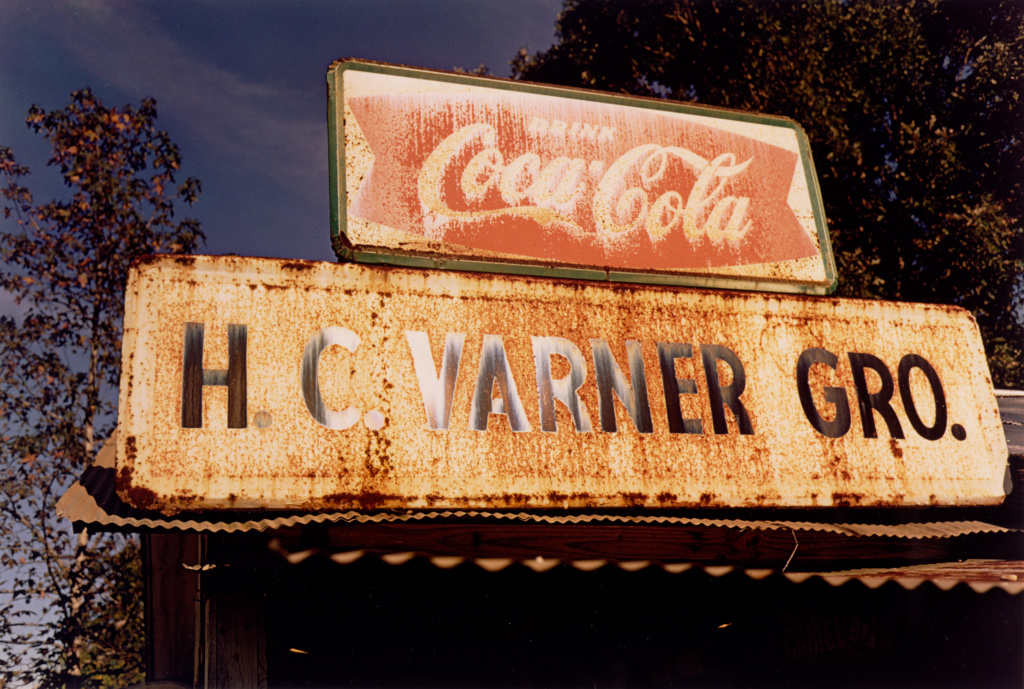 “He walked in with a small stack of photographs and placed them on a positioned table. He seemed to be magnetised by the piano, another mastered medium and passion. His innovative arrangement of classical music, played by memory with no score, echoed throughout the space so that few words could be heard, but our eyes were in sensory overload.”

Although many critics outside the South didn’t understand what Eggleston was doing at the time, Jacob recognises the significance of his work as a documentarian of a new typography of the South in the 1970s. “He worked to capture the loneliness, isolation and changes brought about by suburbs and other physicalities of American society and culture,” she says.

“New suburbia was descending upon the South at the time, and Eggleston expressed this changing South by focusing on parking lots, shopping malls, neon signs and other ordinary objects in a consumer world. Eggleston is considered a titan in the photography world – a photographer with a pioneering eye for capturing beauty in the ugly and mundane.” 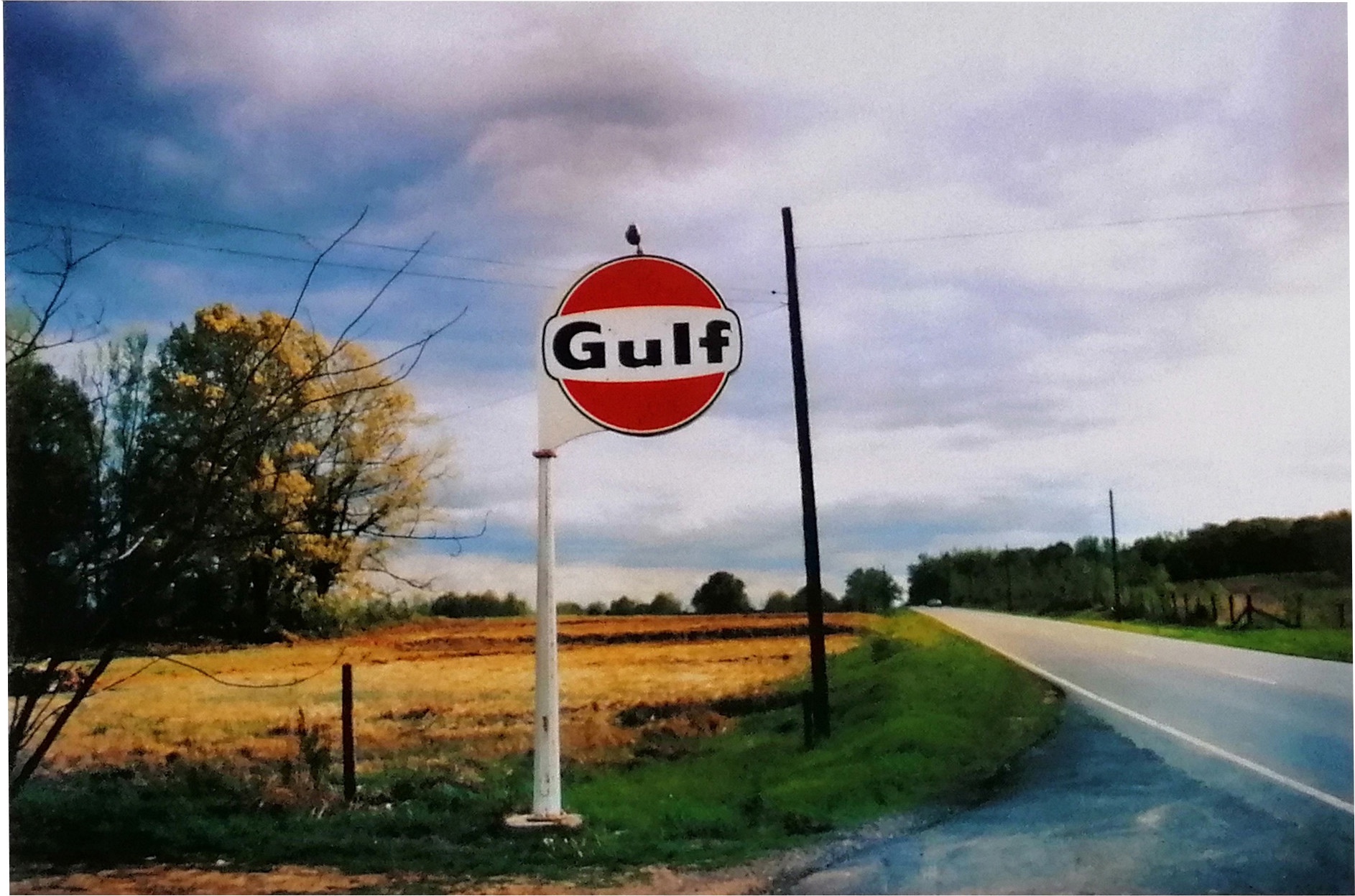 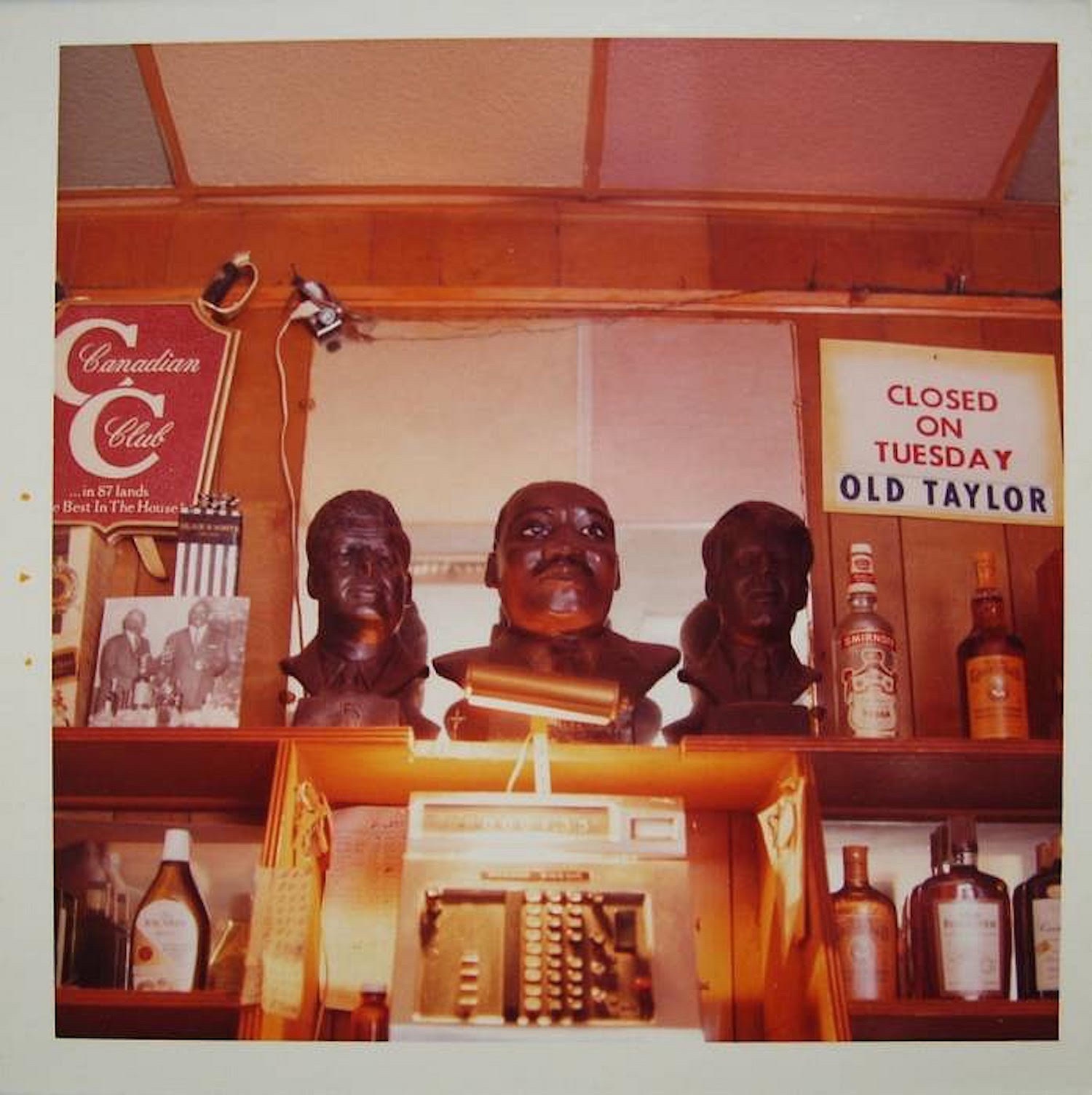 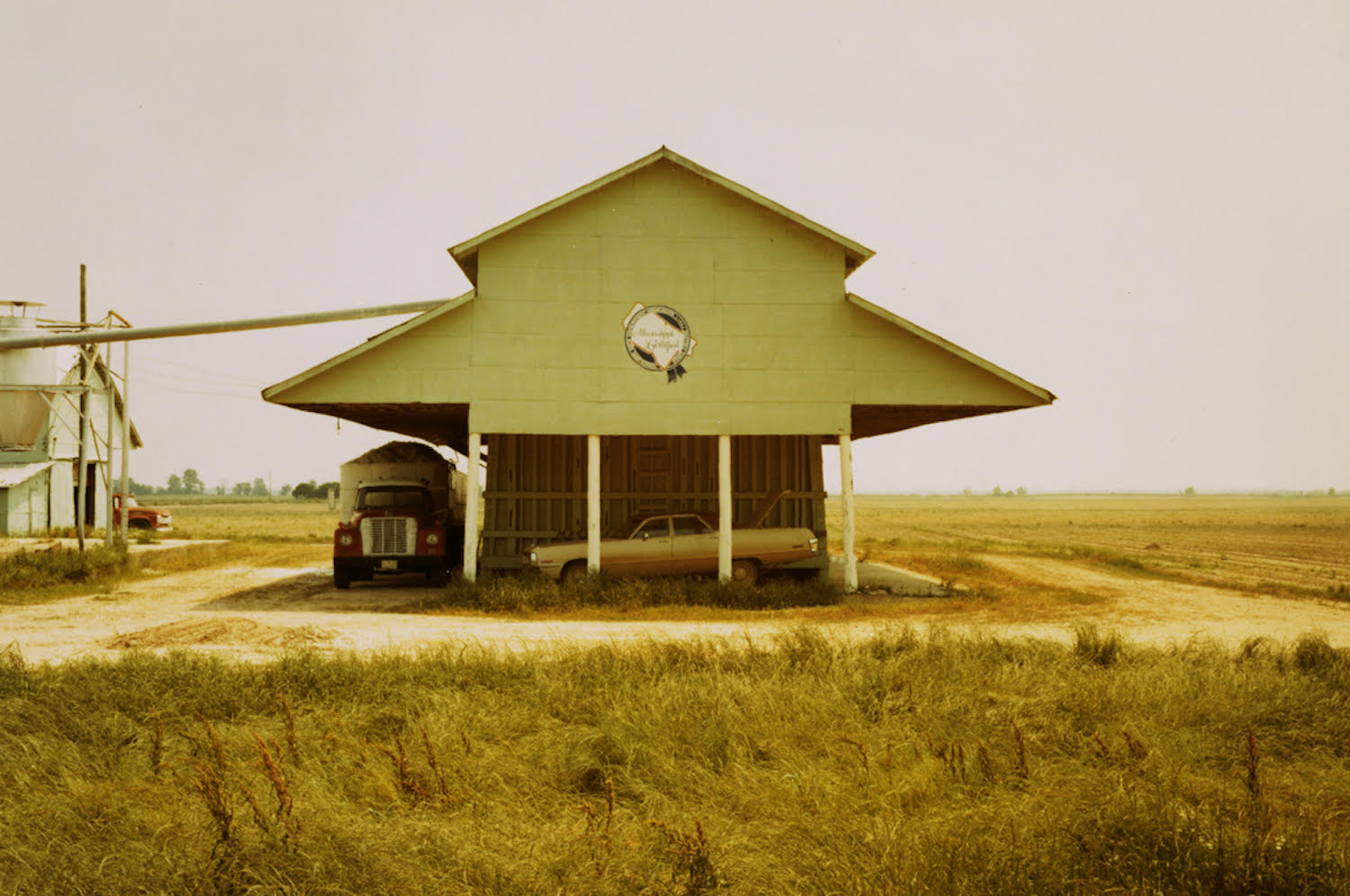 William Eggleston’s Snapshots — the c-print was on view at the Rebekah Jacob Gallery.

Linkedin
RELATED ARTICLES
OTHER ARTICLES
Campaigners reflect on what the supreme court’s decision to allow buffer zones in NI means for the future of reproductive rights in the UK.
After a two-year hiatus and a new album, the Nigerian artist is riding high. Now, he wants to bring his alternative, genre-bending sound to the world.
The pro skateboarder withdrew from the 2020 Olympic Games so he could come out as trans. Now, he’s hoping to encourage others to live as their authentic selves – within the sport and beyond.
A new podcast is opening up the conversation between trans women and trans amorous men in the hope of building coalitions.
A new film from Berghaus traces the story of Adam Raja, who left behind a turbulent upbringing to discover the healing power of climbing.
From snake handlers to mardi-gras revellers, Tom “TBow” Bowden’s photos provide a snapshot of the wonderful and weird people who make up America.