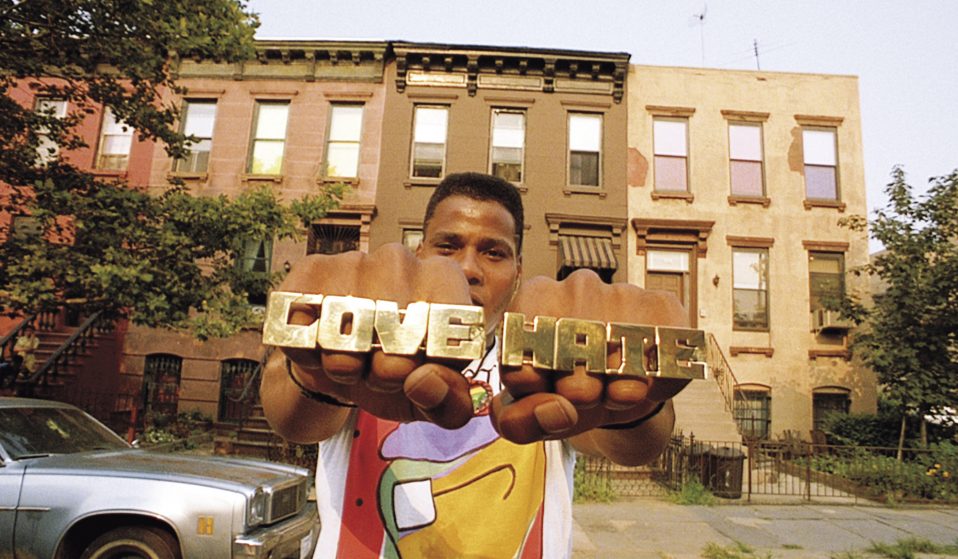 David Lee’s photos, captured on set, offer a unique look inside the mind of the pioneering filmmaker.

A new book brings together David Lee’s photos captured on the set of films including Do the Right Thing, Malcolm X and Crooklyn, offering a look inside the mind of the pioneering filmmaker.

As Spike’s younger brother, official on-set photographer, and lifelong collaborator, David Lee has played an integral role in the family business — one that took root in Brooklyn. In the late 1960s, the Lee family moved to Fort Greene and bought a brownstone on the park. “There was so much creativity in the house. Our dad is a musician: he taught me piano, Spike played violin, and my sister Joie played bass. My mom was an educator so we knew about the Harlem Renaissance.” 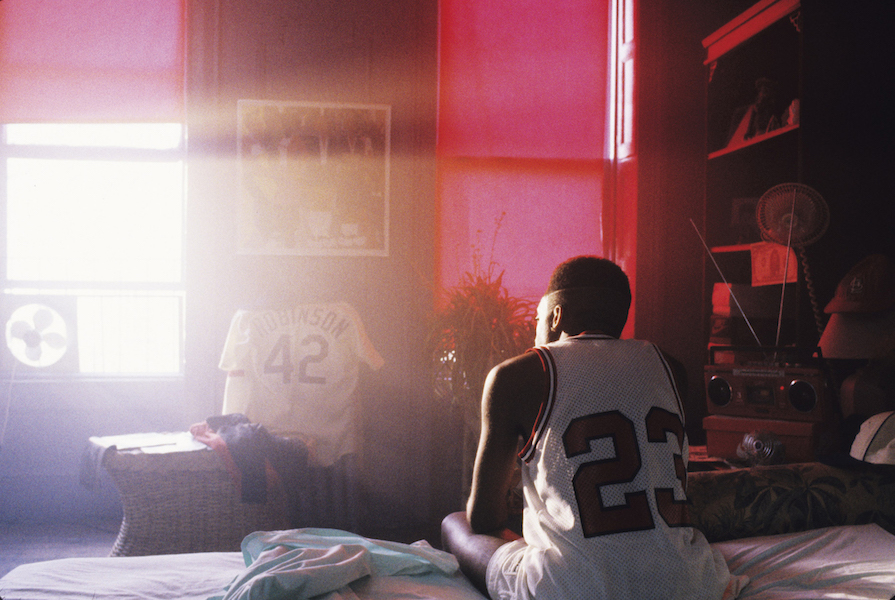 Spike Lee as Mookie in “Do the Right Thing,” 1989 Universal City Studios, Inc. 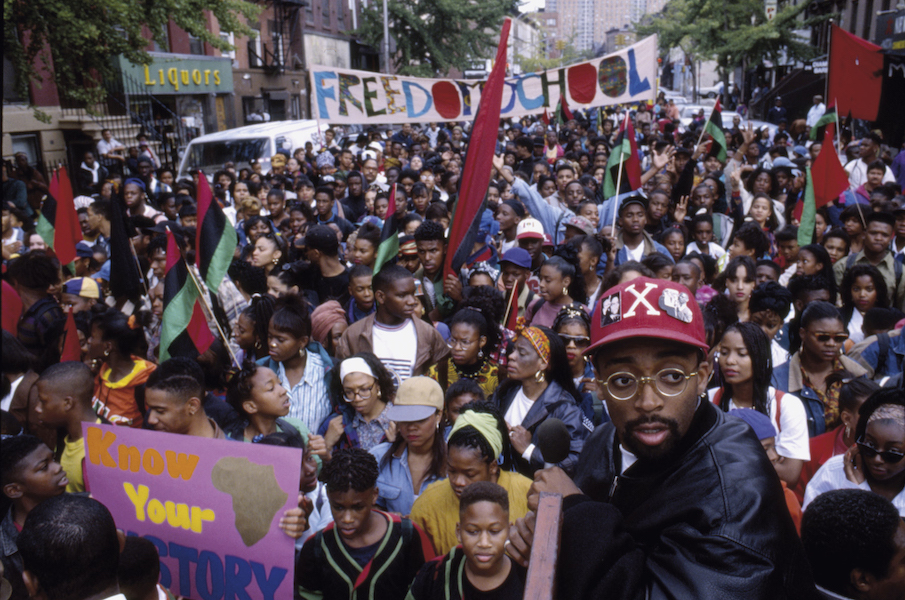 Lee remembers admiring the work of his brother Chris, a trailblazing graffiti writer who went by the pseudonym SHADOW. Though Lee couldn’t draw, he discovered a way to visually express himself through photography — and, as fate would have it, such a skill would serve the burgeoning family business well.

“Spike was always the general,” Lee remembers. “Whether shooting something for his films or wanting me to be the catcher on the baseball team, he was always organising.”

With his distinctive mix of history, drama, satire, and style, Spike Lee has transformed the landscape of filmmaking to broaden the way Black stories are seen and told. David Lee’s poignant and evocative photographs made on the set of films including Do the Right Thing, Malcolm X, Crooklyn, 4 Little Girls, and Summer of Sam, offer a glimpse inside the iconoclastic mind of the auteur. 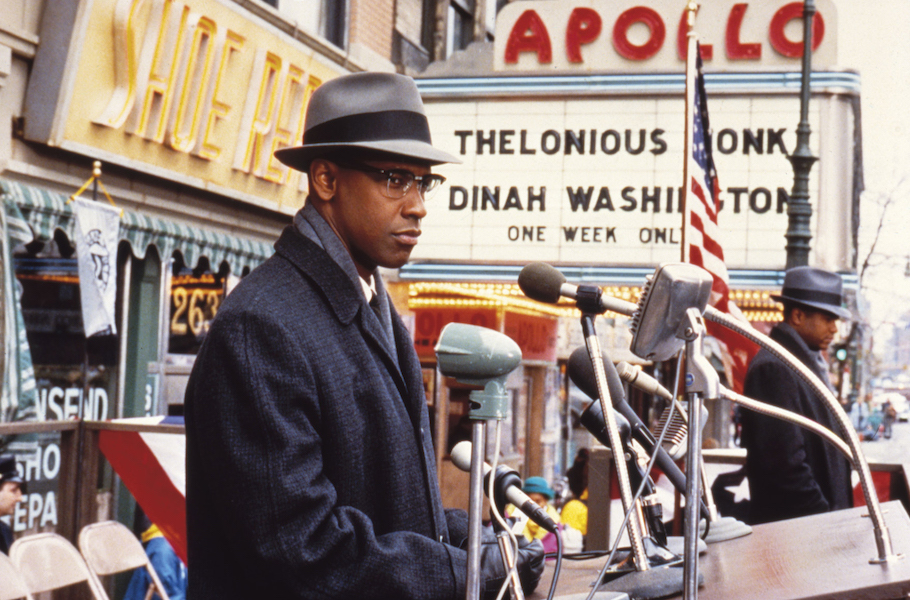 Denzel Washington as Malcolm X outside the Apollo on 125th Street, from “Malcolm X,” 1992, by David Lee. Warner Brother Studios All Rights Reserved. 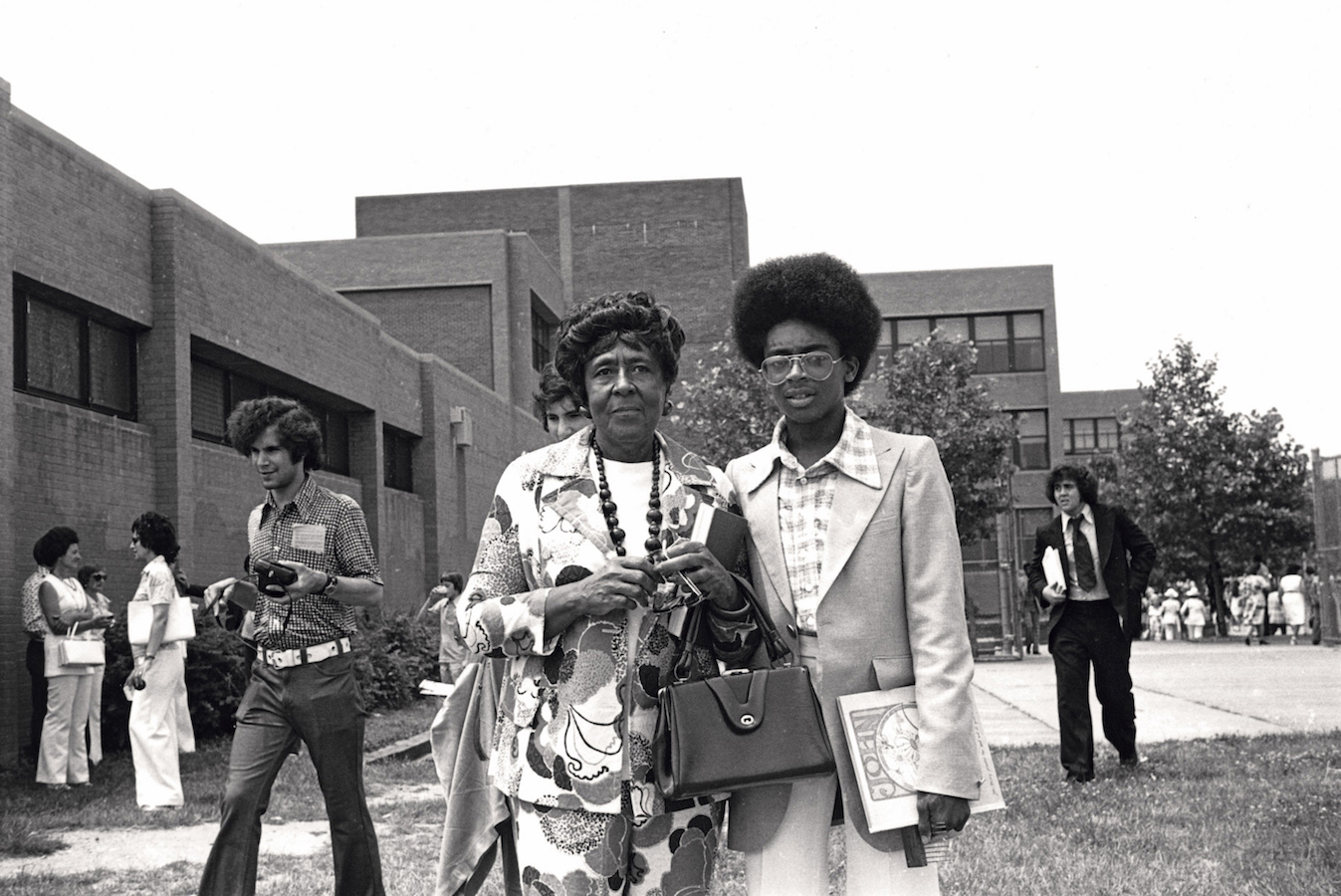 My High School Graduation With My Grandmother. Courtesy of Spike Lee.

“Spike is not just incredibly visual, but he has always had a sense of how to promote something,” Lee says. “When we were working on Mo’ Better Blues, he had this concept inspired by [jazz photographer] William Claxton. It was a little sub current to the movie. When I got a chance to shoot the actors, I made it stylised but still related to my portraiture so that our sensibilities were in step.”

Spike in turn hired Claxton to shoot colour advertising work for the film. “Spike has good sense of what’s effective,” says Lee. “There’s this wealth of imagery — it’s almost like having historical references coursing through your blood, and he might not even be completely aware of it, but it’s registering on some level.”

Having worked side by side over the past five decades, Lee’s photographs reveal an intuitive ability to complement his brother’s kaleidoscopic approach to filmmaking that always pushes the boundaries, both aesthetically and conceptually.

“Spike allows me the space to make my own contribution and create a moment that is not a scene from the movie but conveys [the spirit] of it. I get a chance to do my own improvisation,” says Lee, a lifetime member of the band. 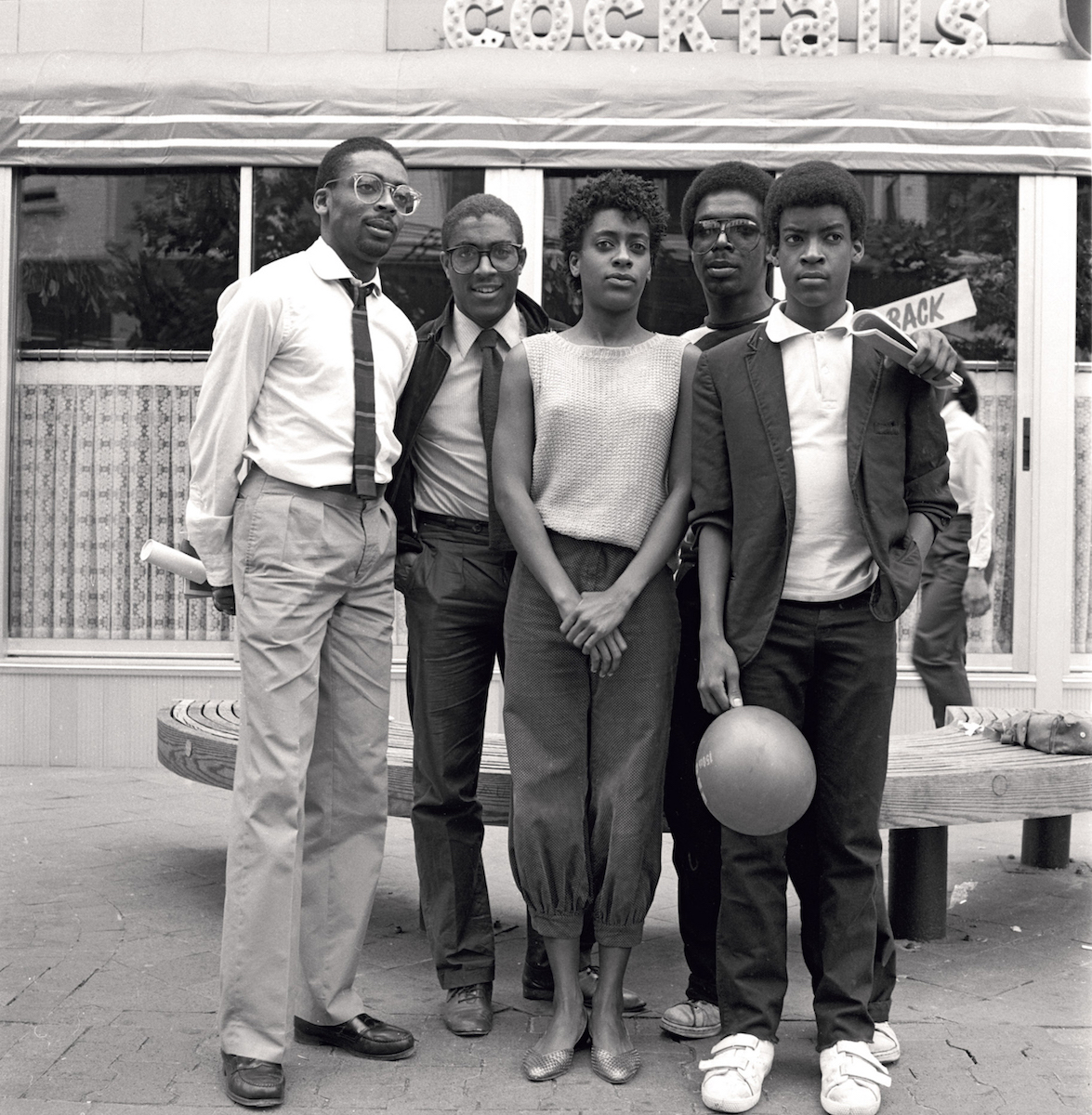 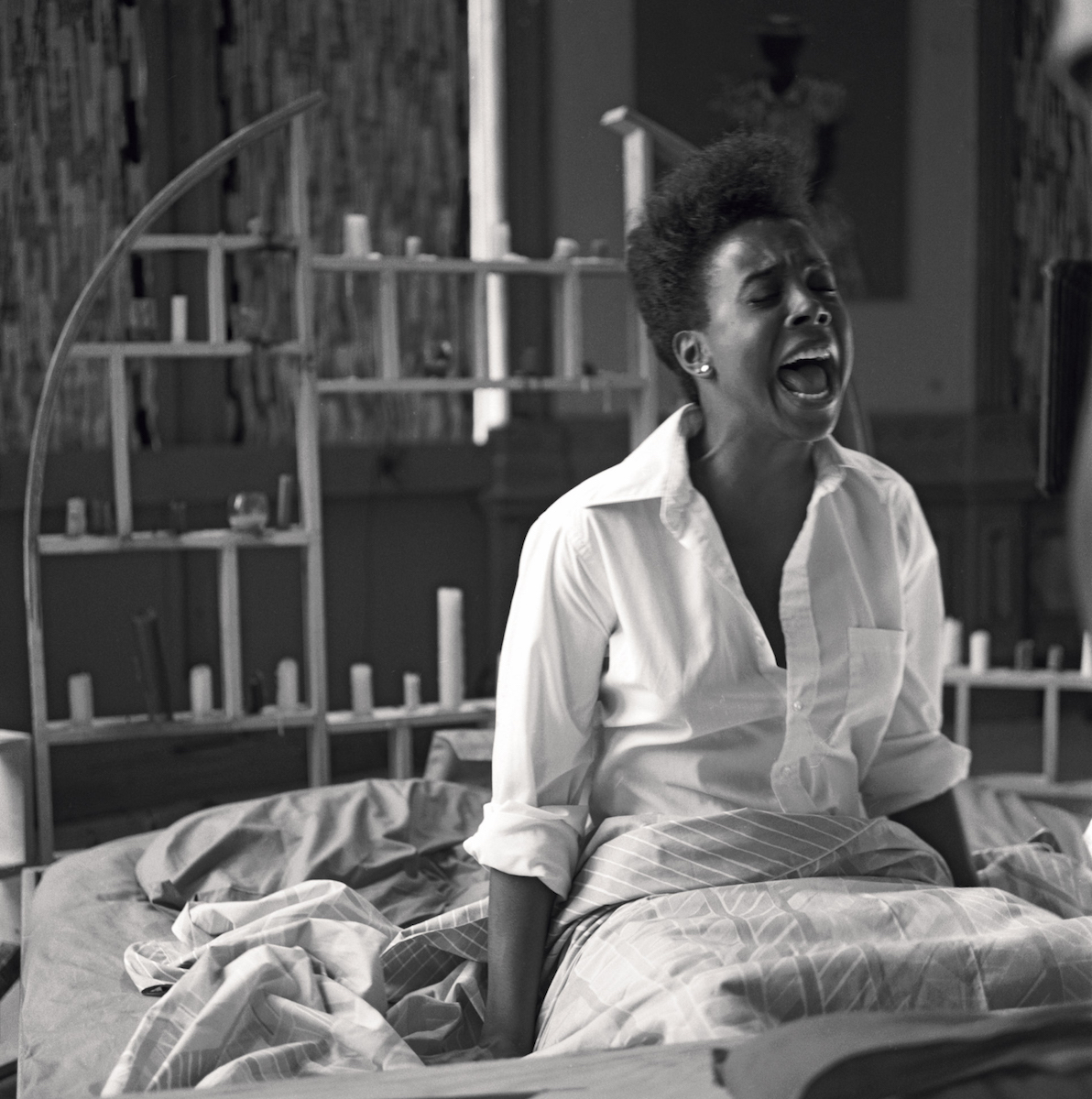 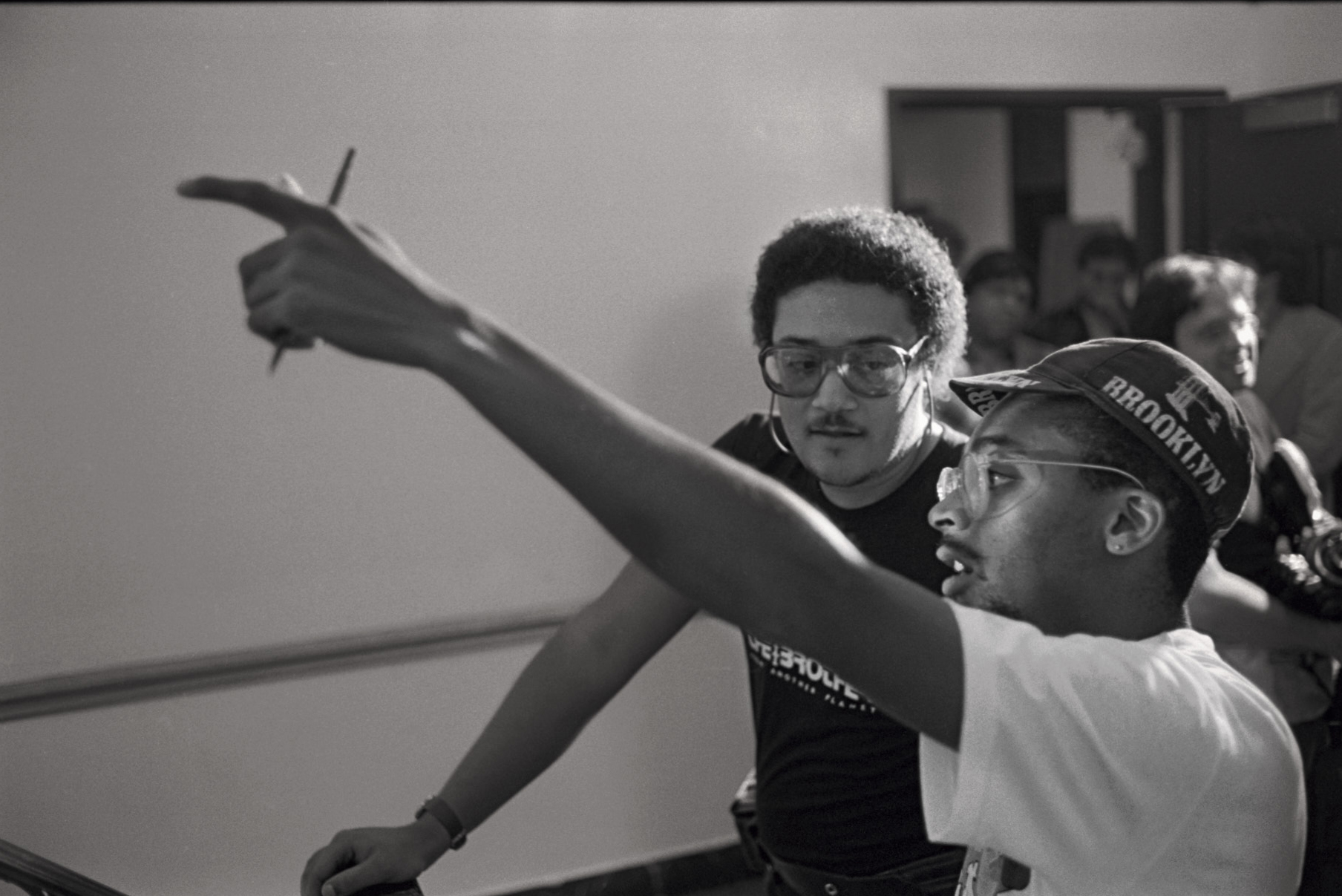 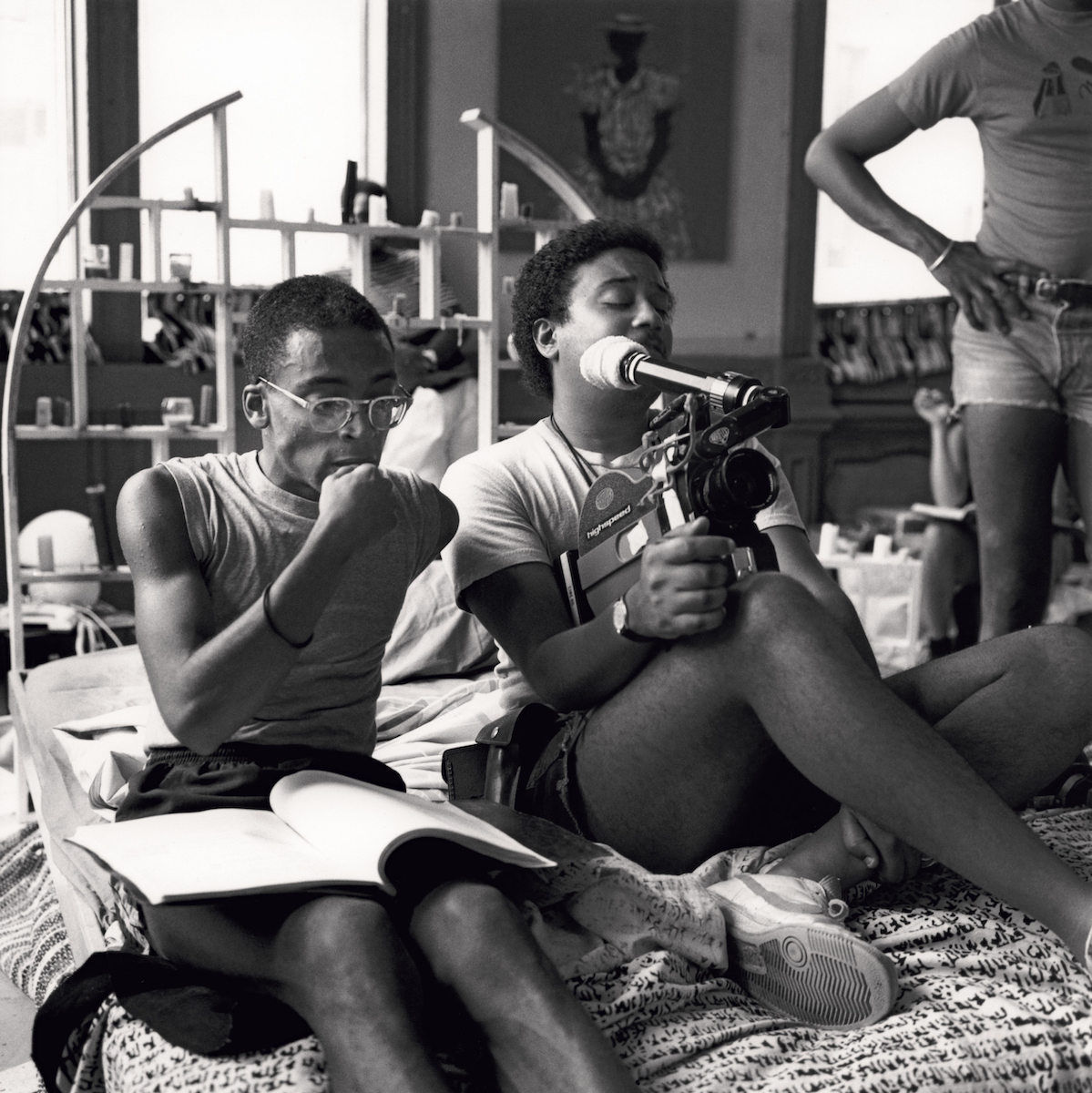 Spike Lee and Ernest Dickerson on the set for “She’s Gotta Have It,” 1986, by David Lee 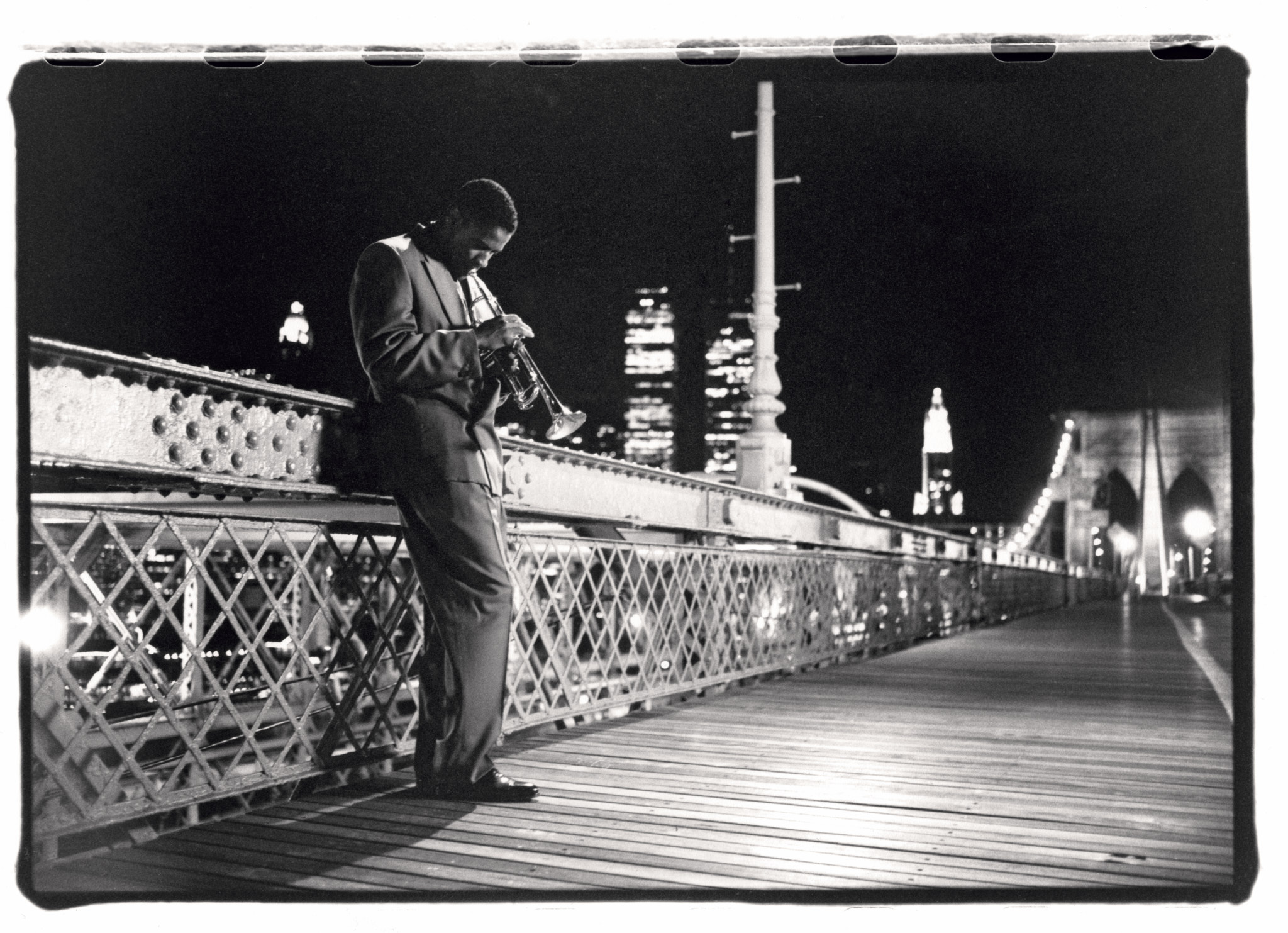 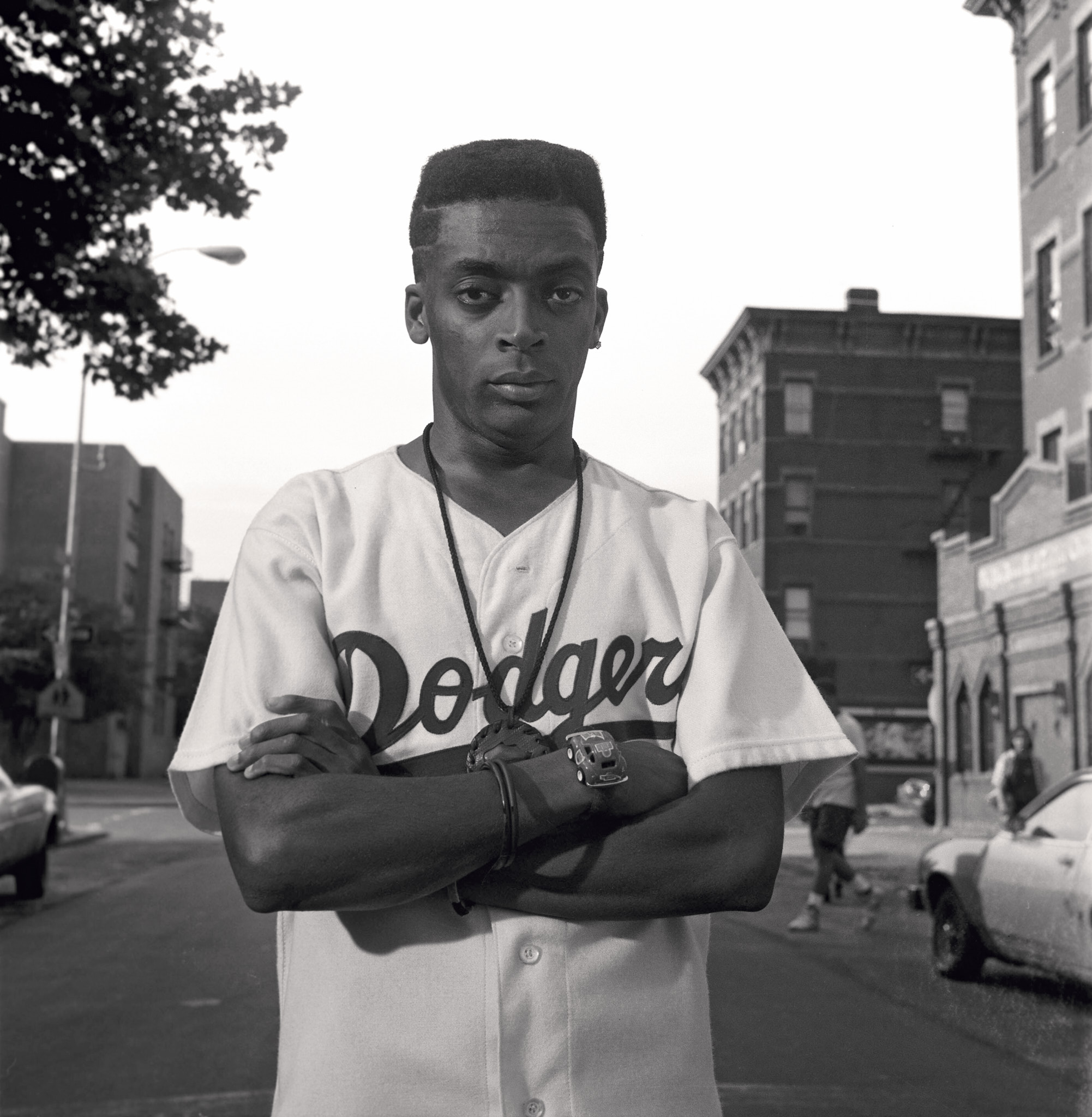 Spike is available on Chronicle Books.

Linkedin
RELATED ARTICLES
OTHER ARTICLES
A new podcast is opening up the conversation between trans women and trans amorous men in the hope of building coalitions.
The action took place in response to the 200 asylum-seeking children who were placed in hotels run by the Home Office who have gone missing.
Following the release of his debut single, Deyaz talks battling addiction, dealing with his struggles through music, and building a budding music career from his living room.
Social prescribing connects people with non-medical support to improve their health and wellbeing – but some experts worry it’s just a stick plaster solution.
Theo McInnes’s photos of the annual event provide an intriguing snapshot of contemporary Britain.
Tristan O’Neill’s shots of dancers caught in moments of reverie at the height of rave’s golden age are a testament to the UK’s legendary club culture.