Art & Culture / Photography / A life in colour: Capturing the punks of 1980s Britain 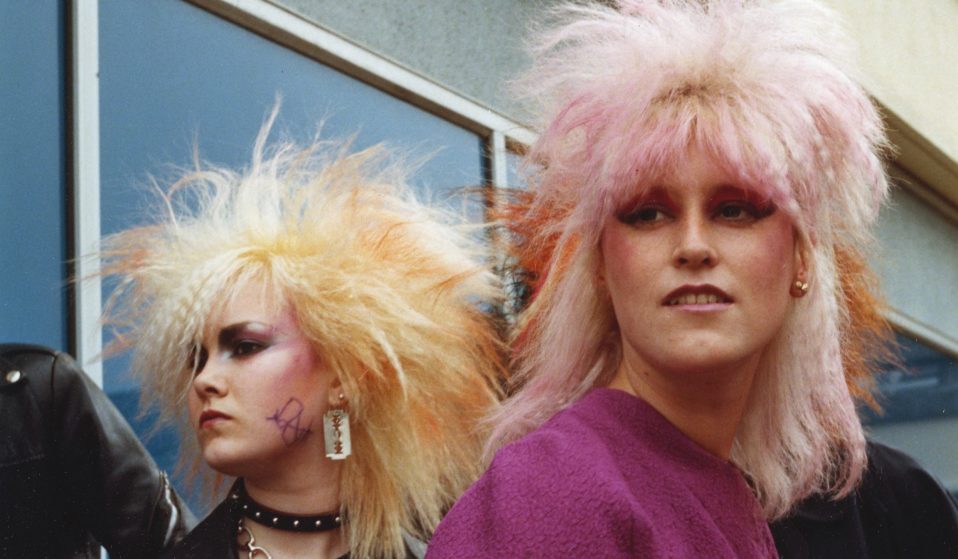 Hailing from North Salford, England, Shirley Baker (1932-2014) was an identical twin. Both girls grew up to become artists, though Baker was private and solitary while her sister was the extrovert. “She was always a great people watcher,” says Nan Levy, her daughter and Director of the Shirley Baker Estate.

Baker began taking photographs at the age of eight, becoming one of the few women in post-war Britain to receive formal photographic training. After graduating from Manchester College of Technology, she embarked on a career as a freelance photographer and writer, preferring to produce work on her own terms.

“She was a free spirit,” Levy says. “She set her own projects and never went anywhere without her camera. There are bodies of work on supermarkets and airports. She saw the funny side to things that other people didn’t see.”

Best known for her street photographs taken in Manchester during the ’60s and ’70s, Baker’s work held deep empathy for the people who struggled to maintain their lives while the government demolished their communities. 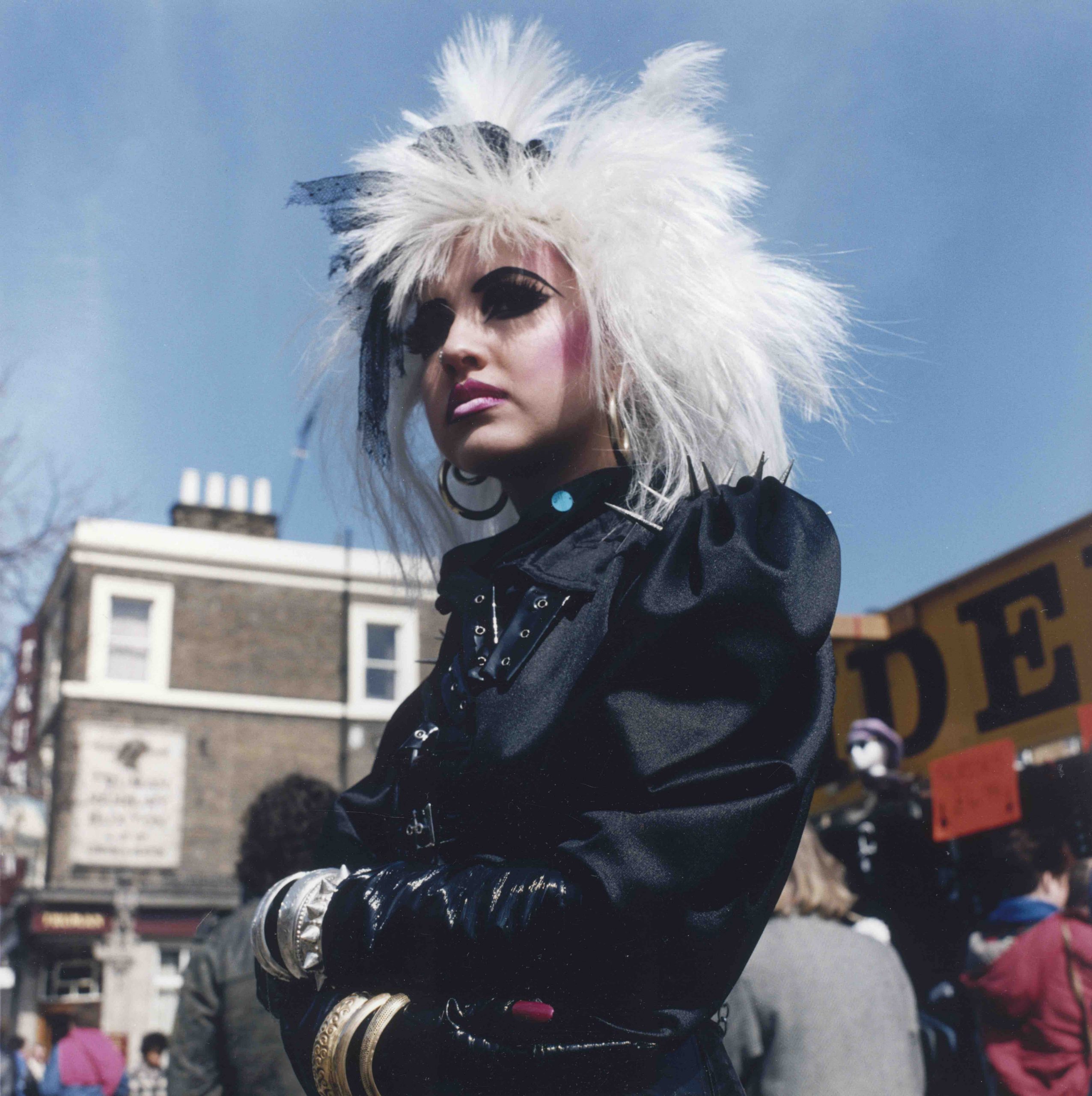 A stylish young lady in punk attire stands on a Camden street as shoppers hunt for bargains in the market behind. 1986

In 1984, Levy’s company invited her to transfer to London; that same week, her father also received an offer to transfer to the capital for his job. “Mum was loath to leave Manchester, our family, and her home,” Levy says. “She was very attached to her roots so she never fully relocated.”

Father and daughter got flats in the same building in Camden. On weekends, Baker to would come for a visit and walk up to Camden Market to take photographs. Among her favourite subjects were the punks: a selection of which has been published in Shirley Baker: Punks 1980s (Café Royal Books).

“She found them fascinating because they were so different,” continues Levy. “She loved the colour, the hairdos – they were normal people, but all dressed up in crazy costumes. She was mesmerized.” 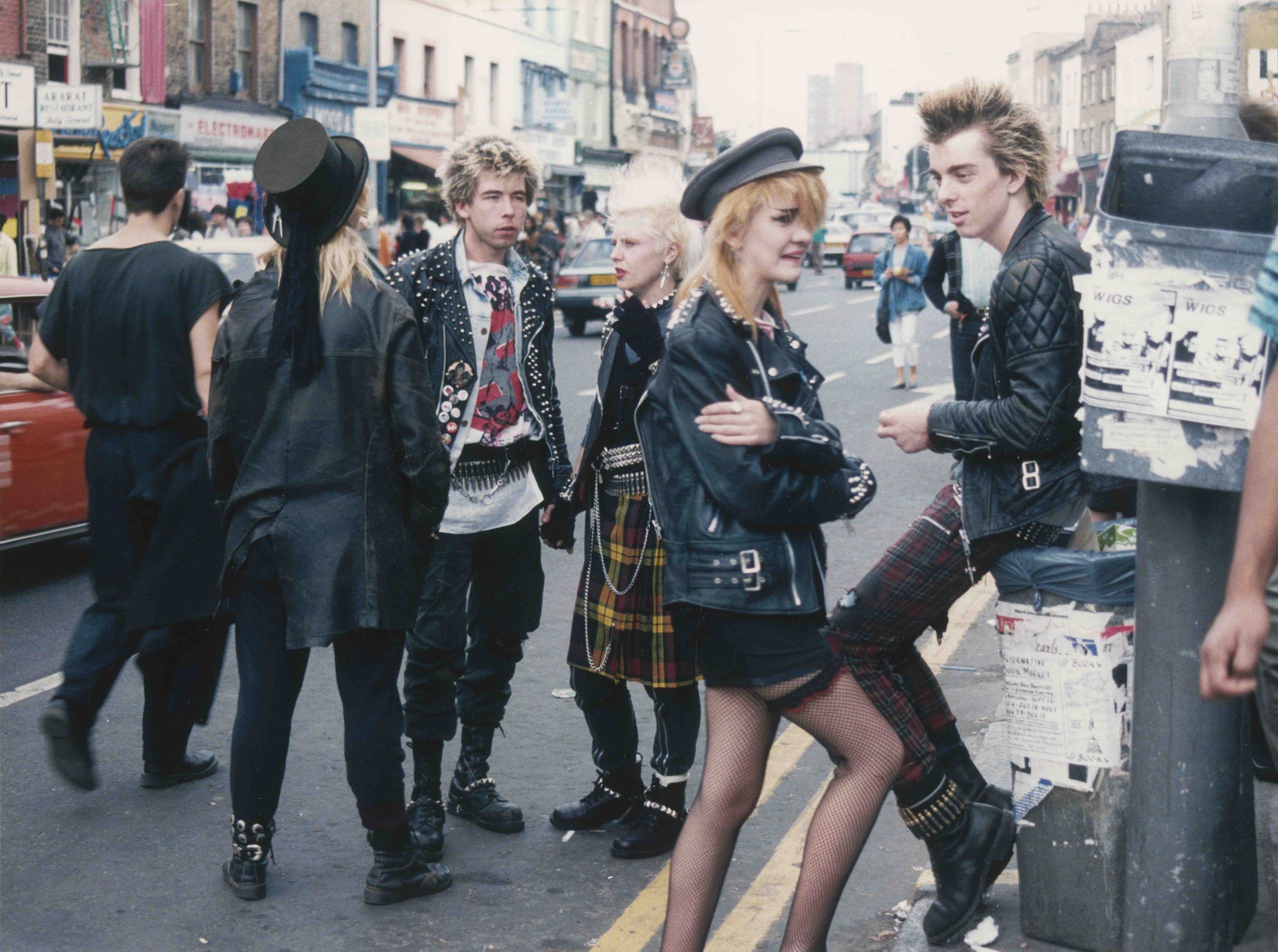 A group of punks loitering on the road in Camden, London. 1986

“Nobody thought of photography in the artistic sense then; it was all technical and scientific. It was very much a man’s world not for a woman at all. I think people now see how artistic she was. Sometimes she photographed graffiti on the walls because she liked the colours and the patterns.”

Though Baker rarely spoke of her work, she wrote at length, going so far as to pen an entire manuscript without telling anyone until it was completed: “I remember she came down from her darkroom upstairs. My dad and I were watching TV and she plonked a book in both of our laps and she counted the seconds to see who would twig first. I asked, ‘Why didn’t you talk about this?’ and she said, ‘There’s nothing to talk about darling. It isn’t a book until it’s published.’”

“The most talented people are the most introverted. They aren’t flash but when they put pen to paper, oh my word, their character comes out. She was one of those people who tells you who they are in their work.” 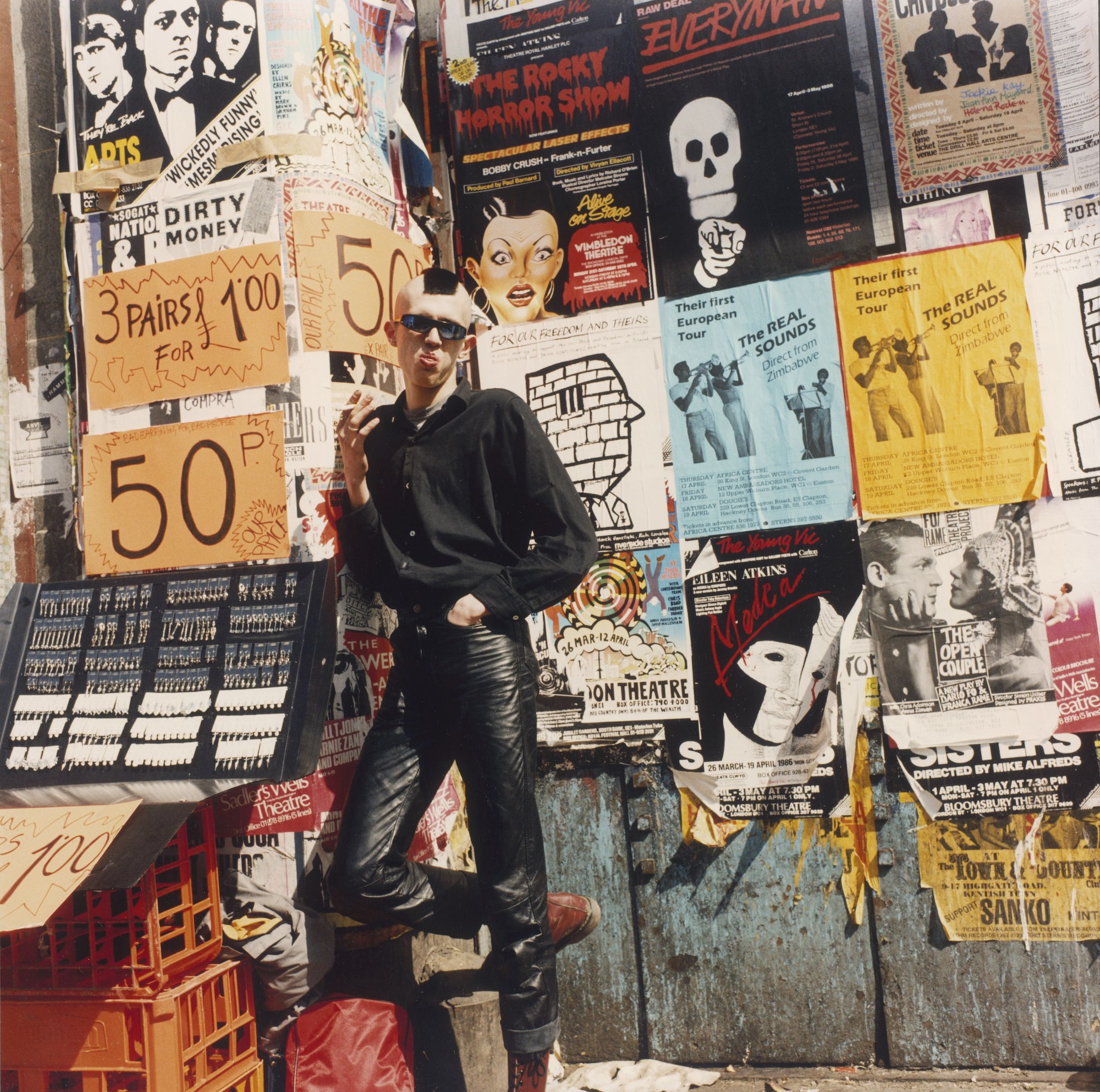 A street jewellery seller in Camden, London. He is selling ‘Bad Earrings for Bad People’ against a backdrop of theatre and concert bills. 1986 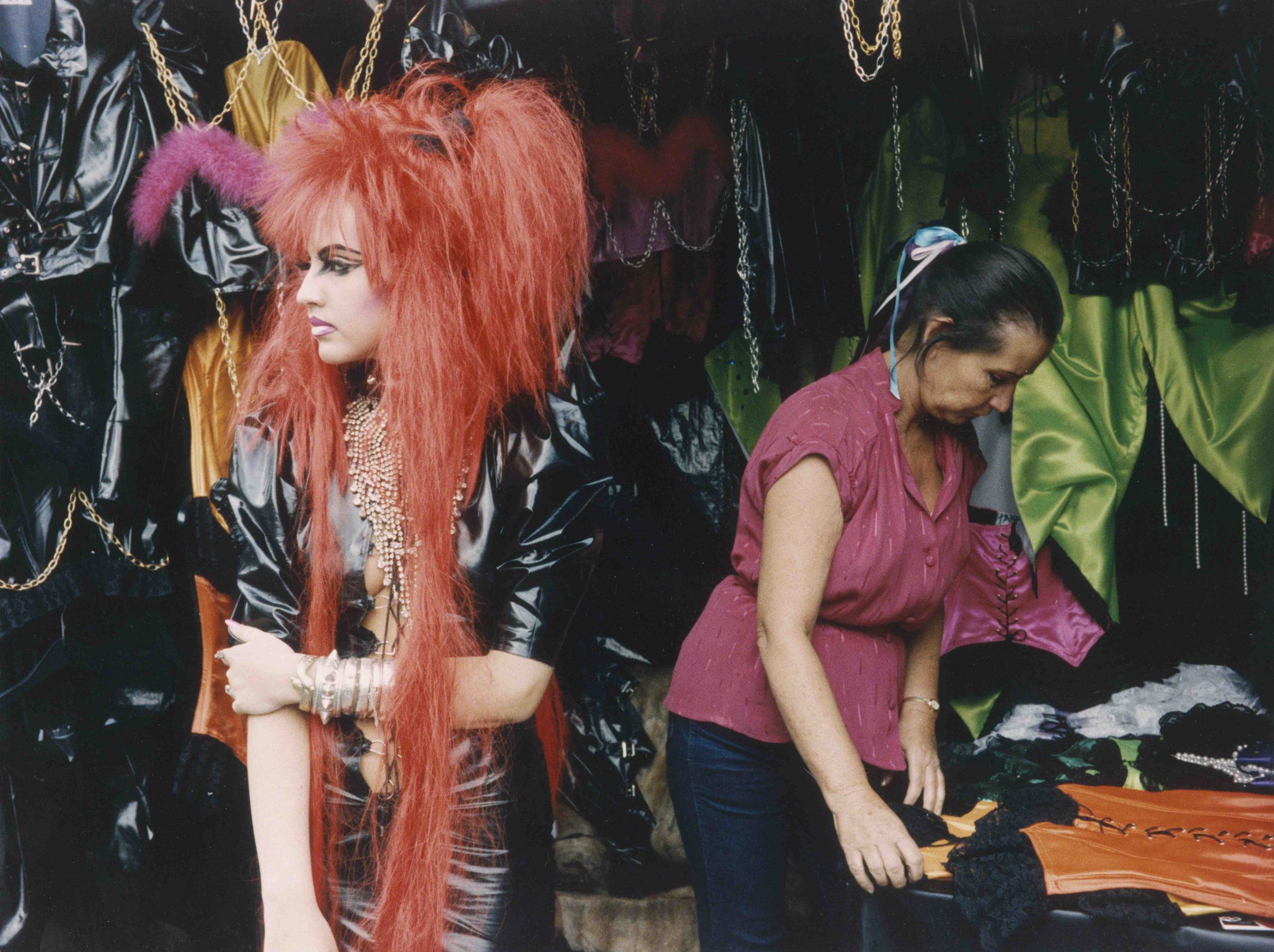 A girl punk in an extraordinary black leather outfit and bright red hair, stands outside a stall in Camden, London. 1986 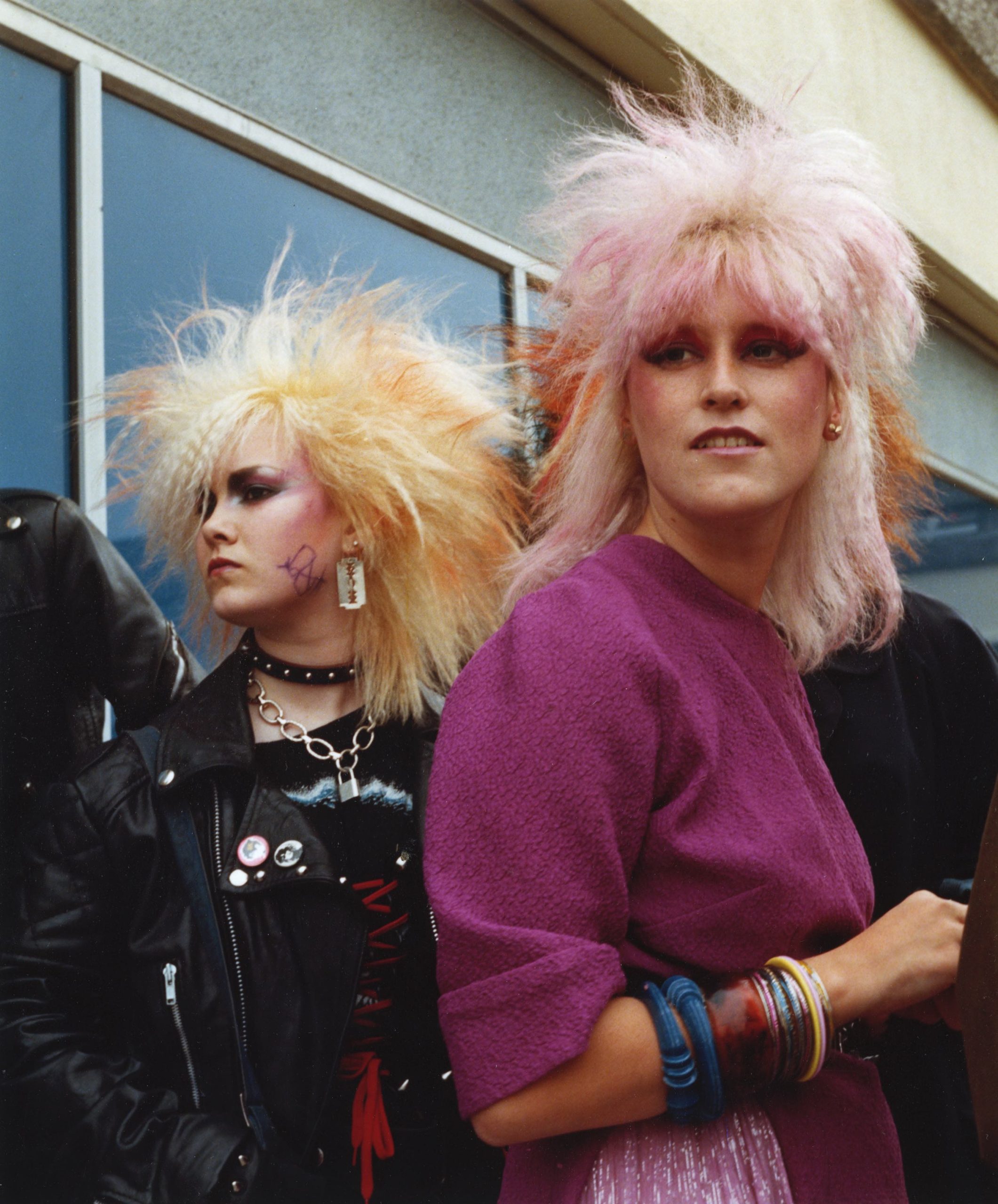 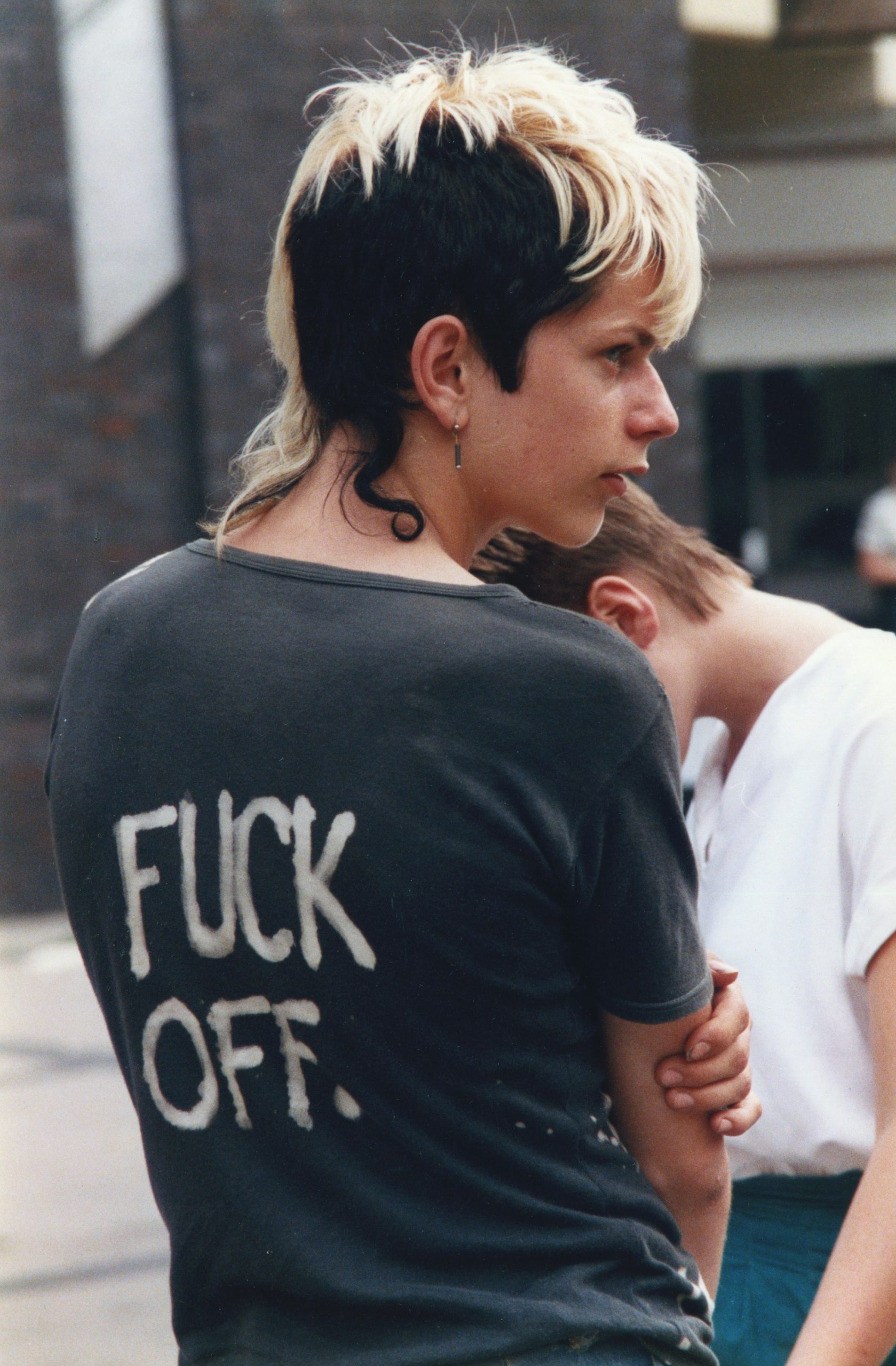 Young punk on a Saturday in Stockport, Greater Manchester. 1983

Linkedin
RELATED ARTICLES
OTHER ARTICLES
Activists and campaigners are fighting back against new laws that would seriously undermine the ability to take industrial action, calling it an attack on fundamental workers' rights.
A new podcast is opening up the conversation between trans women and trans amorous men in the hope of building coalitions.
A new film from Berghaus traces the story of Adam Raja, who left behind a turbulent upbringing to discover the healing power of climbing.
Campaigners reflect on what the supreme court’s decision to allow buffer zones in NI means for the future of reproductive rights in the UK.
Photographer Sean Maung reflects on documenting a small town in Pennsylvania afflicted by high levels of unemployment, poverty, violence, crime, and addiction.
From snake handlers to mardi-gras revellers, Tom “TBow” Bowden’s photos provide a snapshot of the wonderful and weird people who make up America.