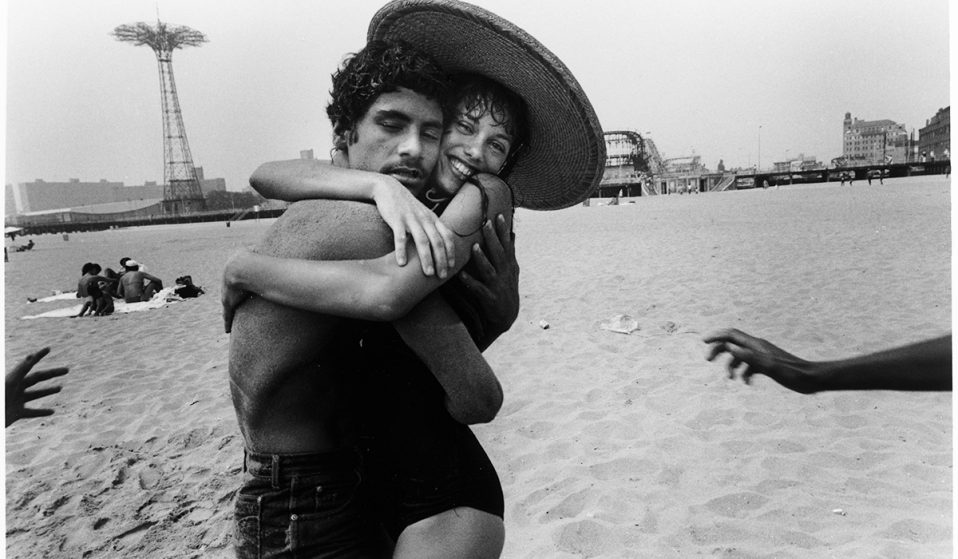 The New York neighbourhood has always been irresistible to street photographers – particularly Harvey Stein, who has been shooting there for over five decades.

The New York neighbourhood has always been irresistible to street photographers – particularly Harvey Stein, who has been shooting there for over five decades.

Street photographer Harvey Stein’s lifelong love affair with Coney Island began the first time he entered Brooklyn’s famed seaside playground. It was the late 1950s, and he was 14 years old.

“I didn’t like New York, it was too big, too noisy, hot and dirty,” the Pittsburgh native remembers. “Going to Coney was a treat… As we walked the crowded boardwalk at dusk on a simmering summer day, I was mesmerized by the people. I vividly remember a fistfight between two sailors in uniforms.”

Stein resolved to return to Coney Island someday, never imagining that he would do so more than a thousand times.

In 1970, Stein returned to “America’s Playground” for a class assignment, and was captivated by the eclectic characters drawn to sun, sand, and surf. Over the next half a century, Stein would amass a singular archive of charming vignettes, a selection of which are now in view in the new exhibition, Coney Island, An Eternal Romance.

“Coney Island is about people,” he says. “It’s a melting pot of all sizes, shapes, races, ages, religions, behaviours and occupations. The amusements, the sea and the open-air all impart a kind of freedom of behaviour I don’t see anywhere else… The happiness is palatable.” 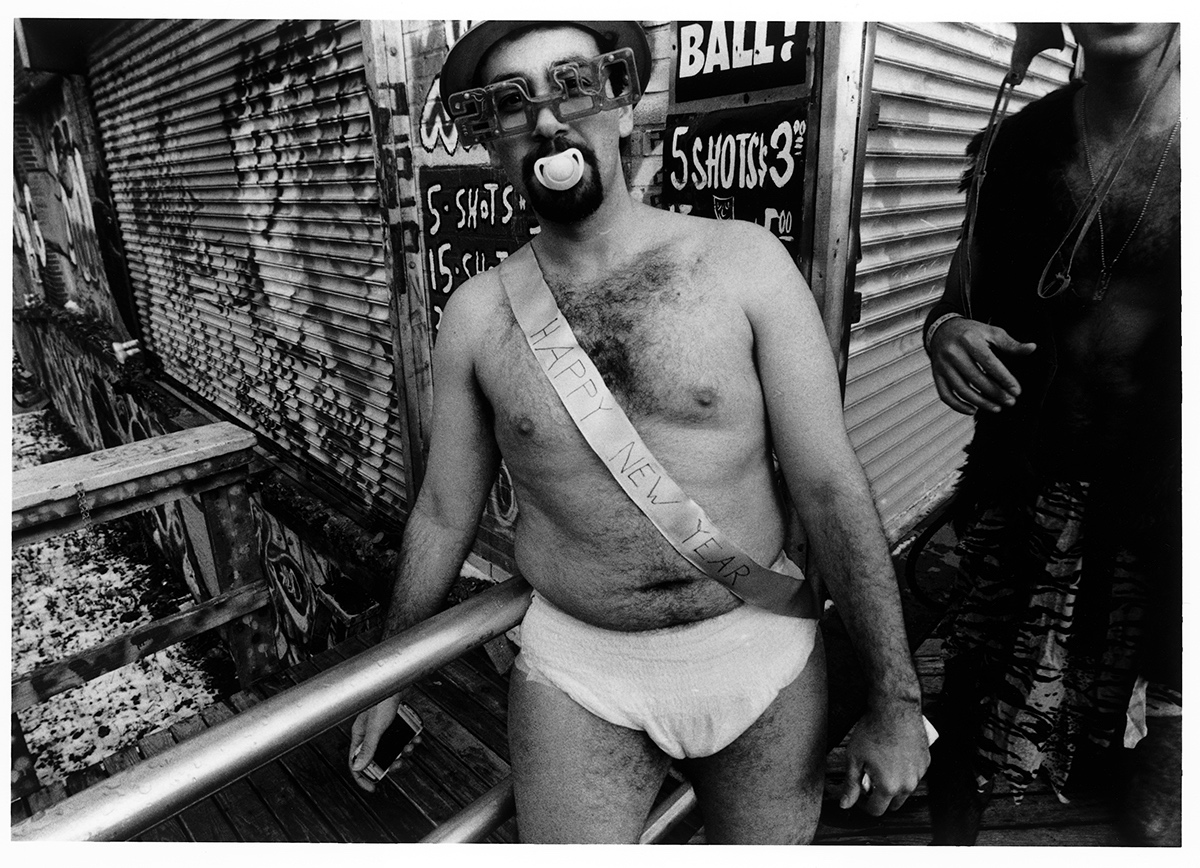 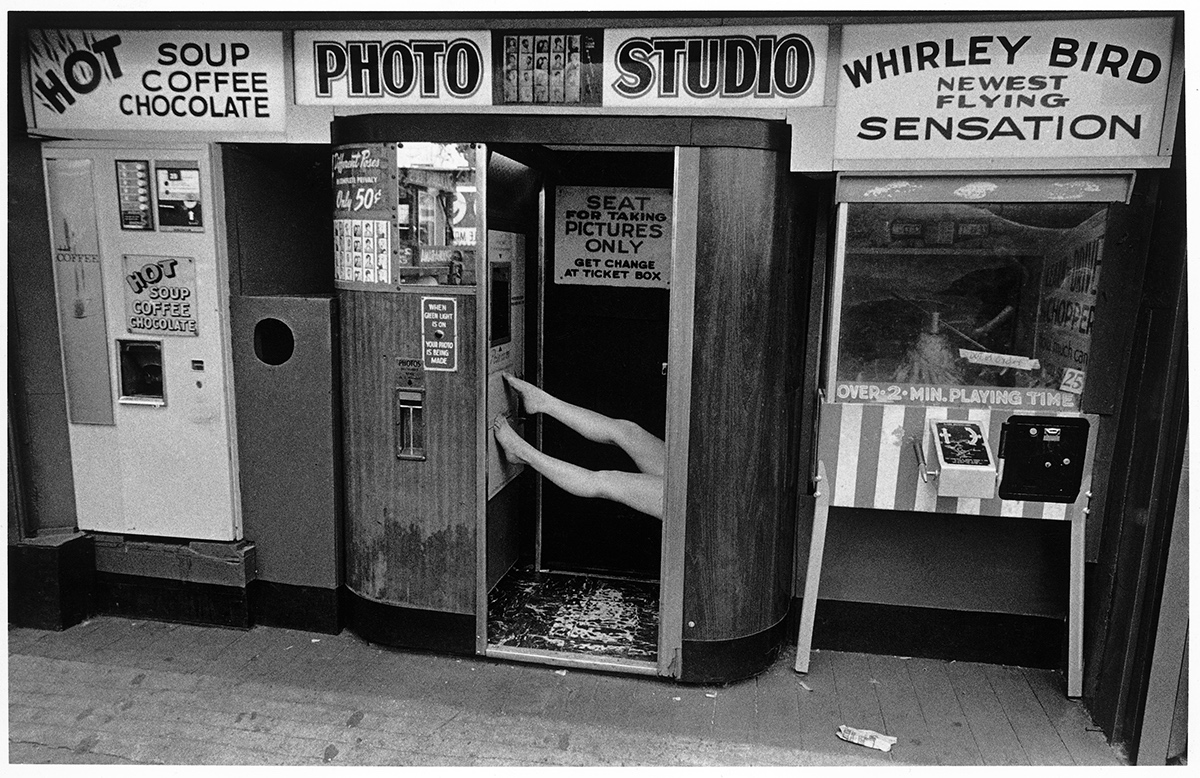 Because it offers the perfect blend of personalities, situations, and backdrops, Coney Island has always been catnip to street photographers like Stein. The promise of pleasure is just a mere train ride away, allowing New Yorkers of all backgrounds an escape from the harrows of everyday life.

“Every time I am there, something new occurs to photograph; whether it’s a wedding, a video being shot, models being photographed, a procession, or a Hasidic community gathering. It’s always surprising and exciting. The key is to be patient and spend time at Coney to understand its rhythms and pace.”

Through Stein’s lens, we witness a beguiling portrait of Coney Island as an ever-changing landscape that stays true to its roots despite the challenges it may face. Because it is so entrenched in the mythology of New York, the seaside amusement park and beach have survived fires, Spanish Flu, World Wars, economic depressions, gentrification and Hurricane Sandy. Now it faces its latest battle with the impact of Covid-19.

“When New York is doing well, Coney is doing well,” says Stein, finally. “When New York is going through a crisis, so too is Coney. When I began going, it was seedy, funky and sometimes dangerous, especially at night. It is now more family-friendly than in the past. Many of the ‘characters’ of Coney Island are no longer there, but it remains a fascinating place to spend the day.” 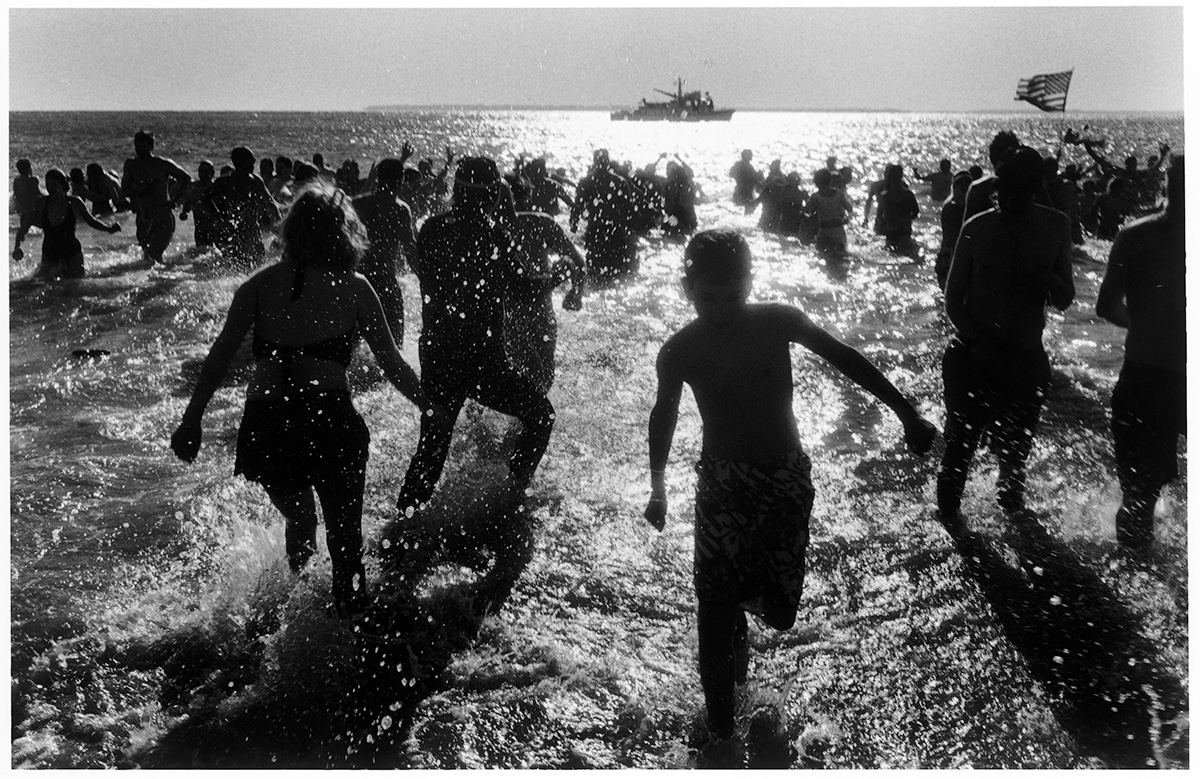 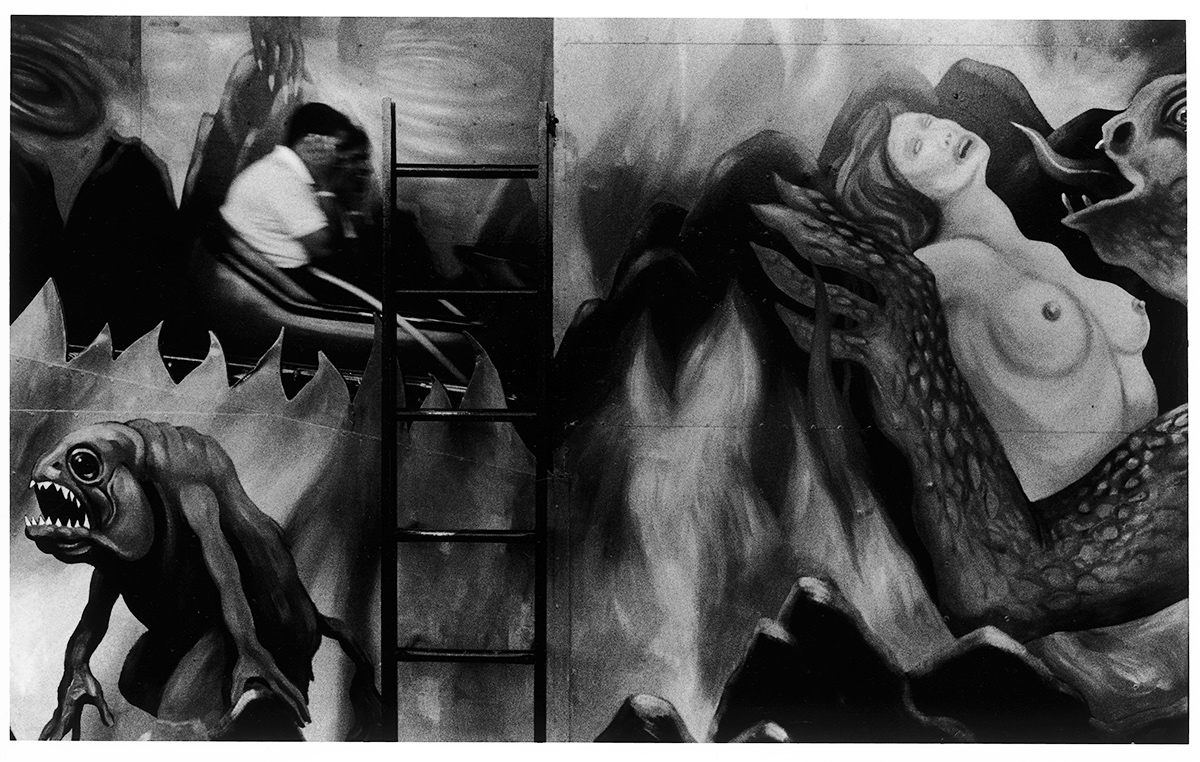 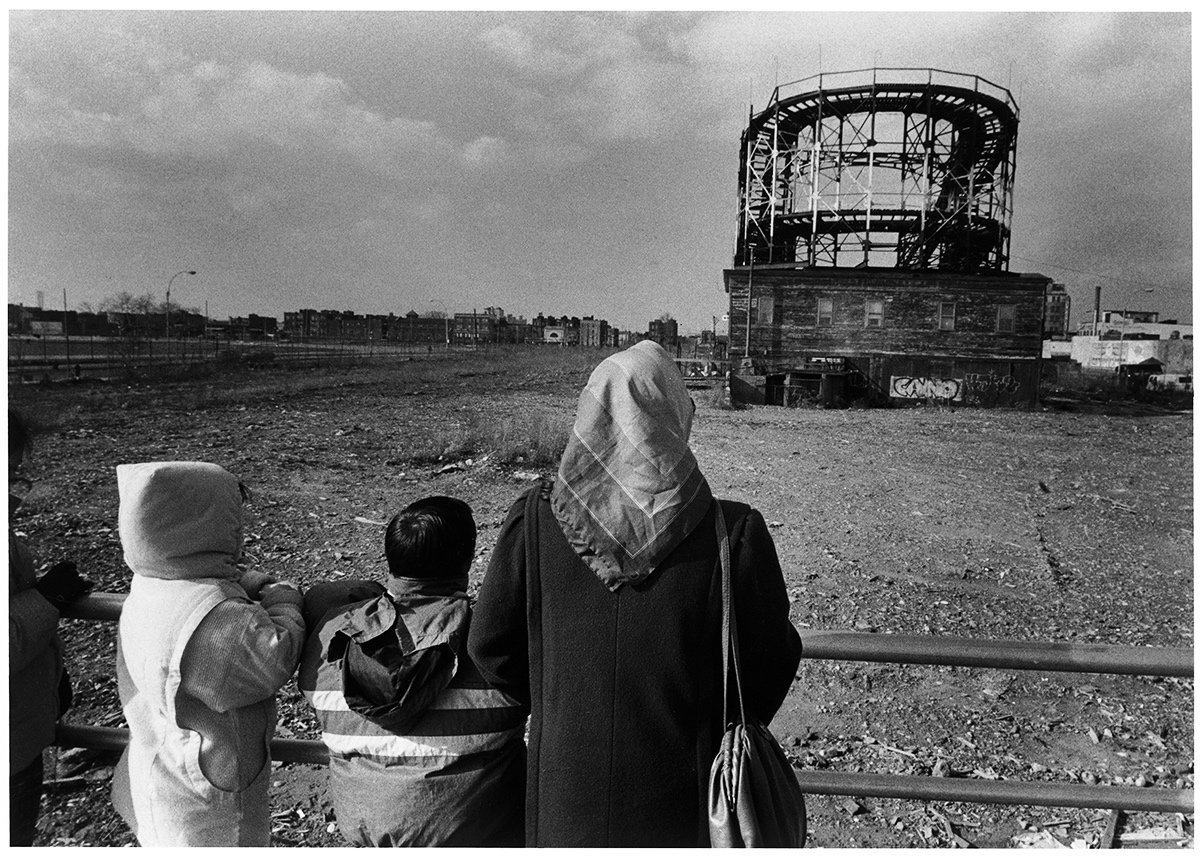 Looking at the Thunderbolt 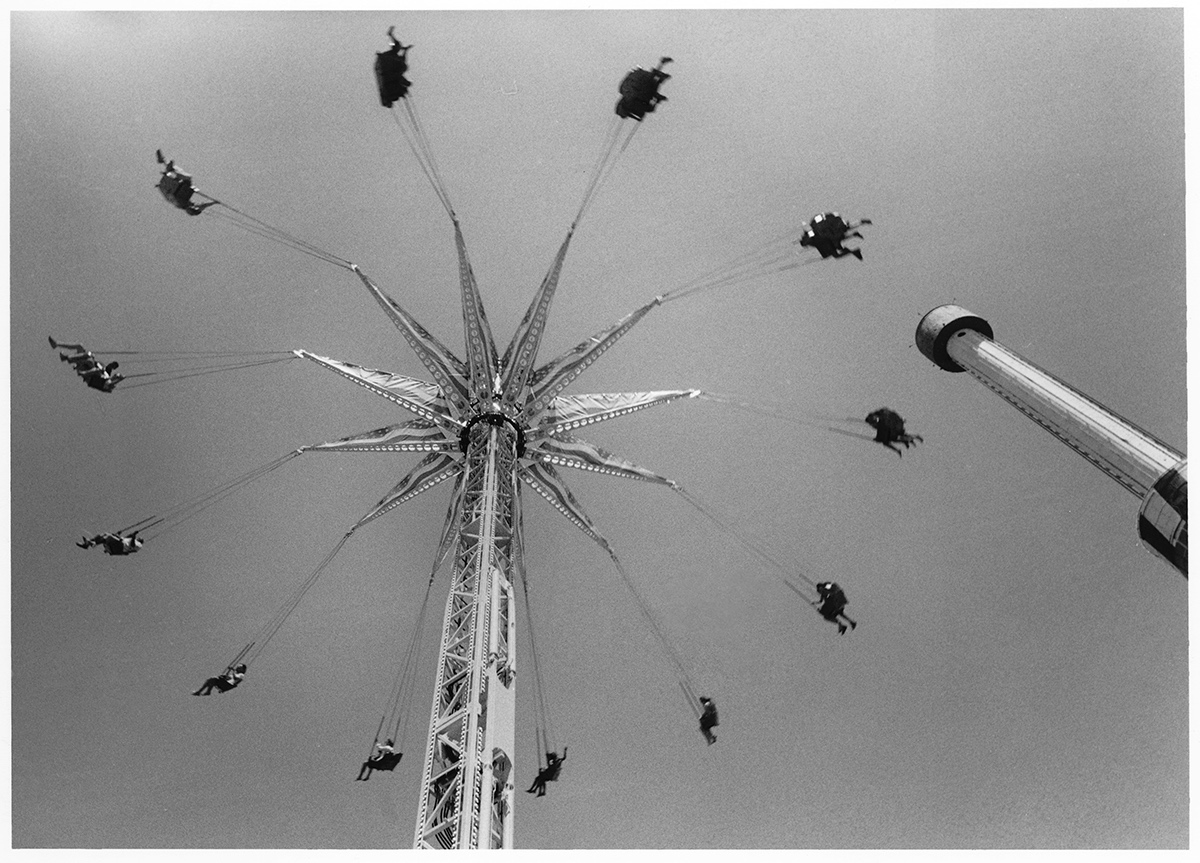 The Brooklyn Flyer at Luna Park 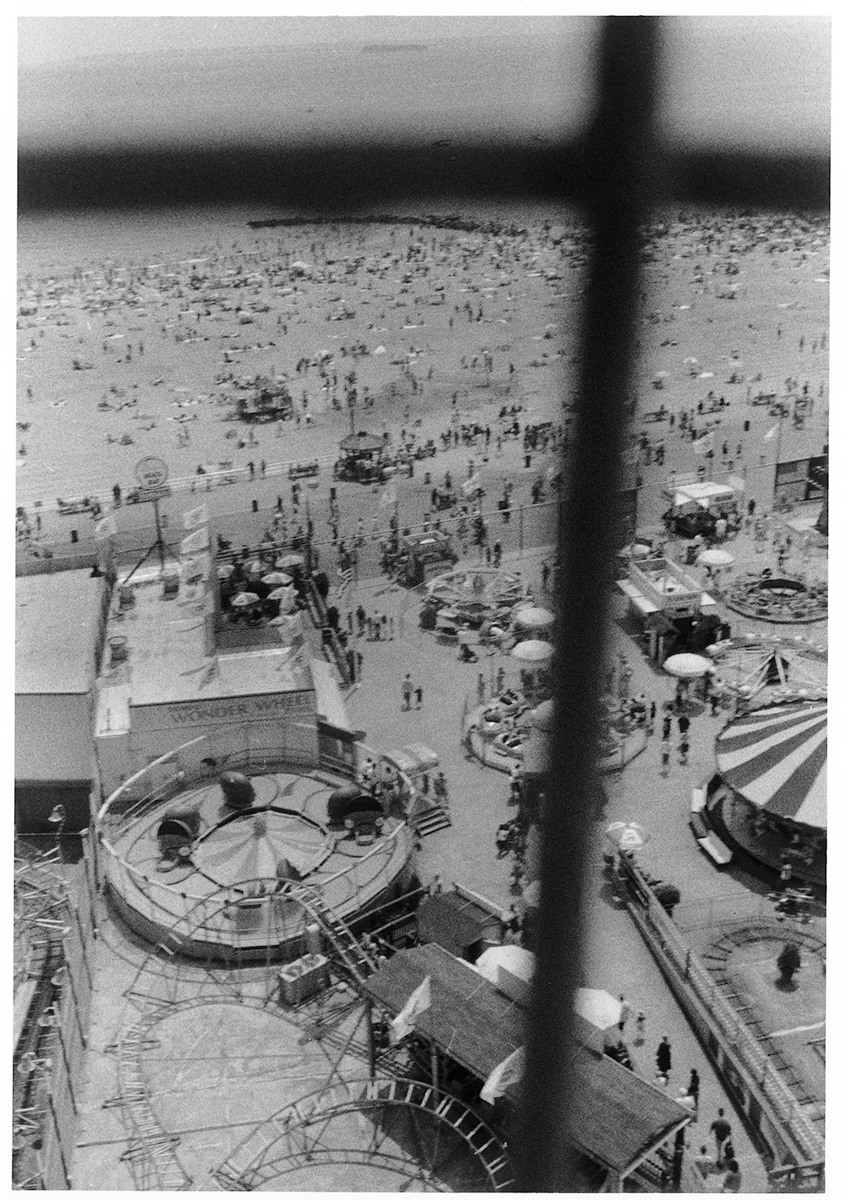 View from the Wonder Wheel 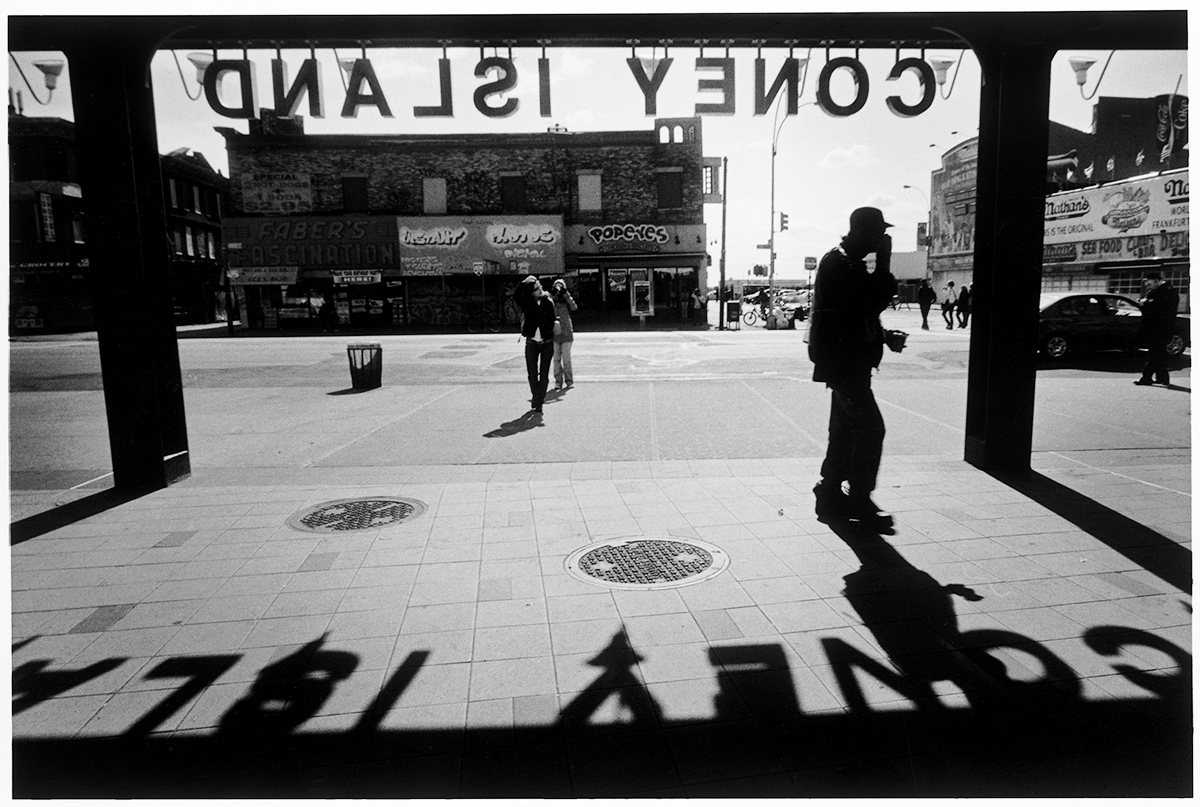 Linkedin
RELATED ARTICLES
OTHER ARTICLES
Writers Matt Foot and Morag Livingstone explore how four decades of collusion between the government and the police have slowly eroded our right to protest.
Photographer Phyllis Christopher recalls capturing sex and protest at a time when the city had become a haven for the queer community.
Shifting the focus from the cost of living crisis to tackling obesity while many starve or freeze is farcical and pointless, writes Fatzine founder Gina Tonic.
Over the weekend, London locals came together to resist a pre-planned police raid targeting delivery drivers.
The revered showbiz chronicler recalls his journalistic beginnings, documenting subcultural scraps in the ’80s.
The author discusses her blistering new novel about history, revolution and queer love.