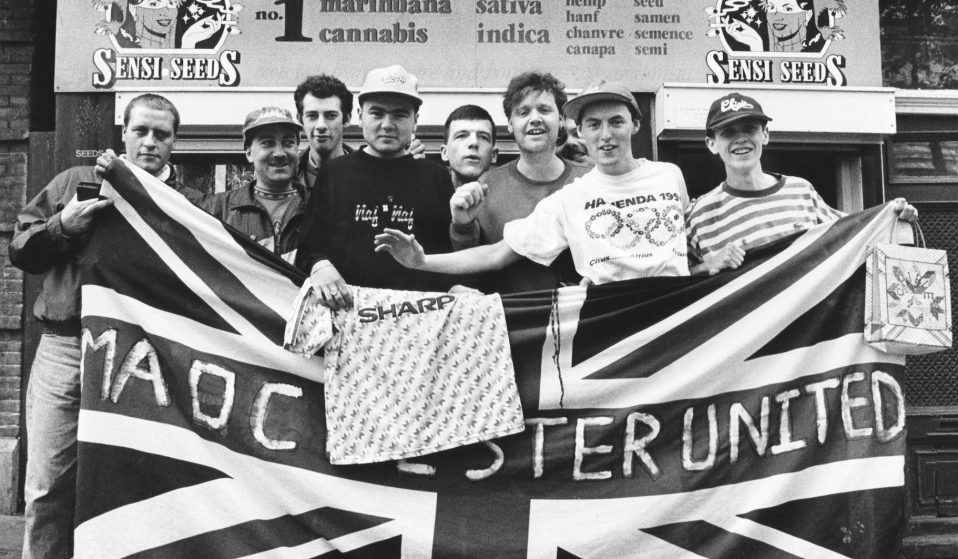 In 1991, just one year after the excitement of the World Cup in Italy, Richard Davis attended matches across the North West of England to capture the ordinary people who make the game what it really is.

In 1991, just one year after the excitement of the World Cup in Italy, Richard Davis attended matches across the North West of England to capture the ordinary people who make the game what it really is.

In the late ‘80s and early ‘90s, as acid house and ecstasy swept Britain, there were profound changes in the cultural make-up of the country’s youth culture. The drug, and the music scene surrounding it, has been described as a huge leveller, bringing together people from all walks of life. As photographer Richard Davis describes it, “There was a big crossover all of a sudden between dance music, fashion and football.”

It was these overlaps between various cultural strands that ultimately led Davis to get involved in a project documenting football fans. In 1991, Davis was approached by the author Steve Redhead to supply the photos for Football with Attitude: a book examining the connections between football, music and fashion. (Prior to this, Redhead had written a book titled The End-of-the-century party: Youth, pop and the rise of Madchester, documenting the rise of acid house). These photos taken by Davis have now been republished in a new book, titled Football Fans (Cafe Royal Books). 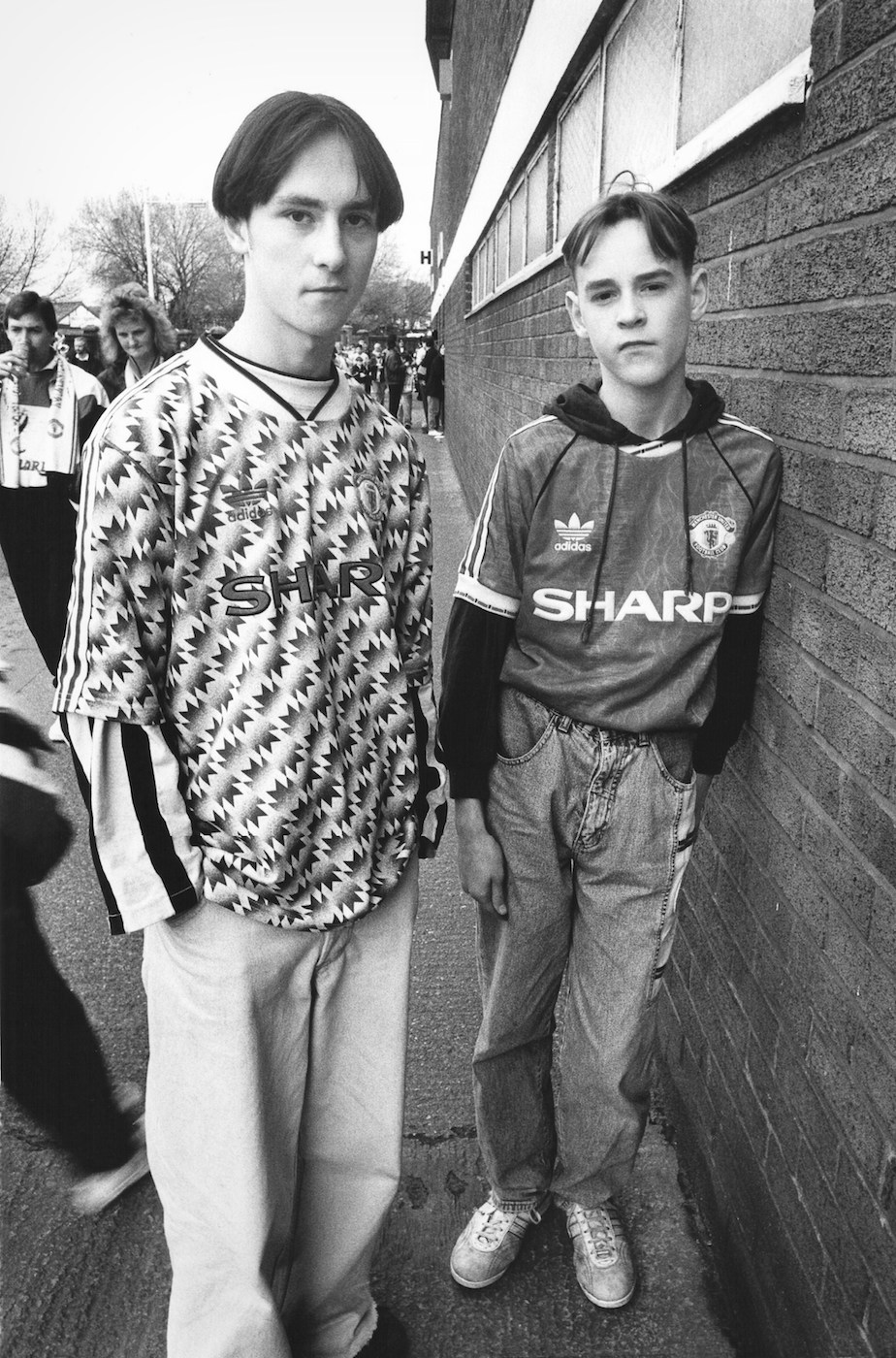 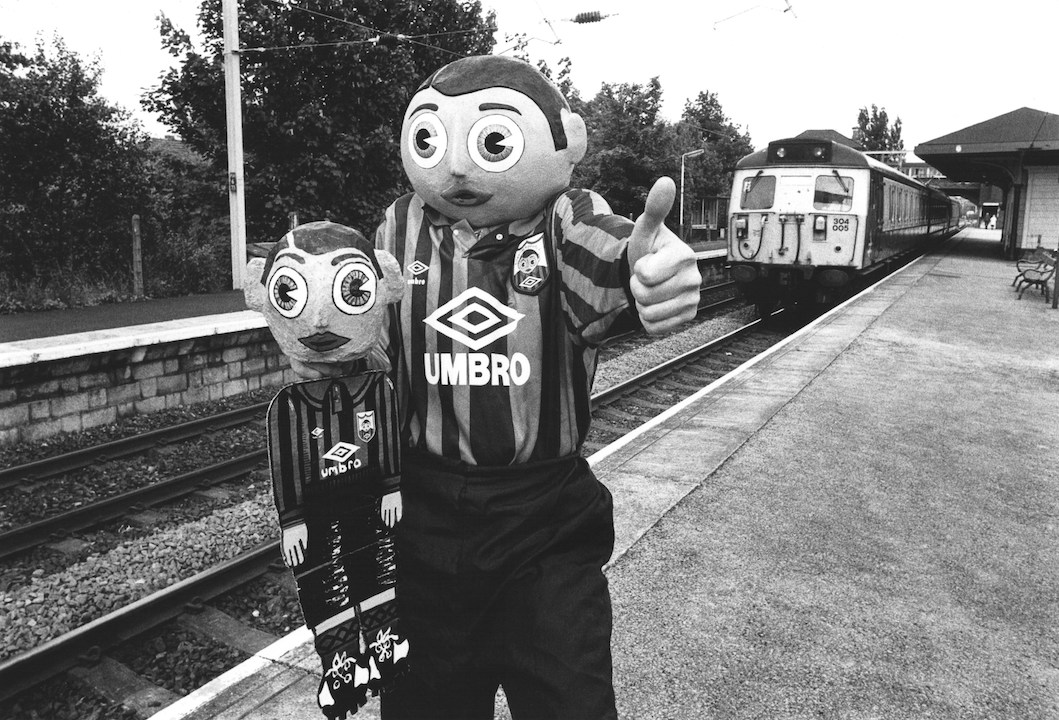 The project involved Davis going around most of the North West clubs near to where he was living at the time, among them Liverpool, Everton, to Mancity, Manchester United and Aldham. “There was a hell of a lot going on in Manchester at the time,” says Davis, “I was trying to capture the spirit of the times. It was an energetic period.” This was in large part owed to the success of the World Cup in Italy in 1990, which gave football “a new lease of life,” explains Davis.

Davis’ brief for Redhead’s book was to capture the youth culture aspect of football – or to capture what Redhead called the ‘new football fan’. But in the new edition published by Cafe Royal, Davis’ includes images showcasing the diversity of people at the games, from the teens who’d frequent the Hacienda on weekends to the older, more traditional fans. 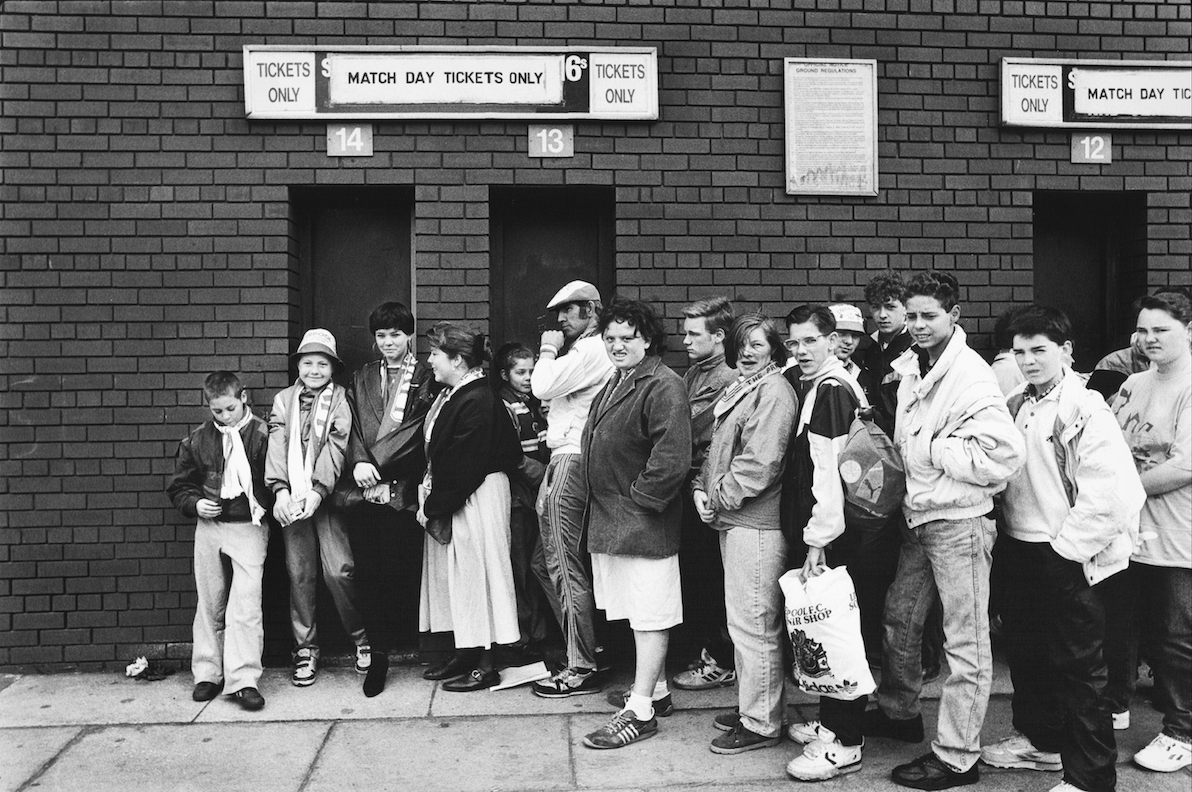 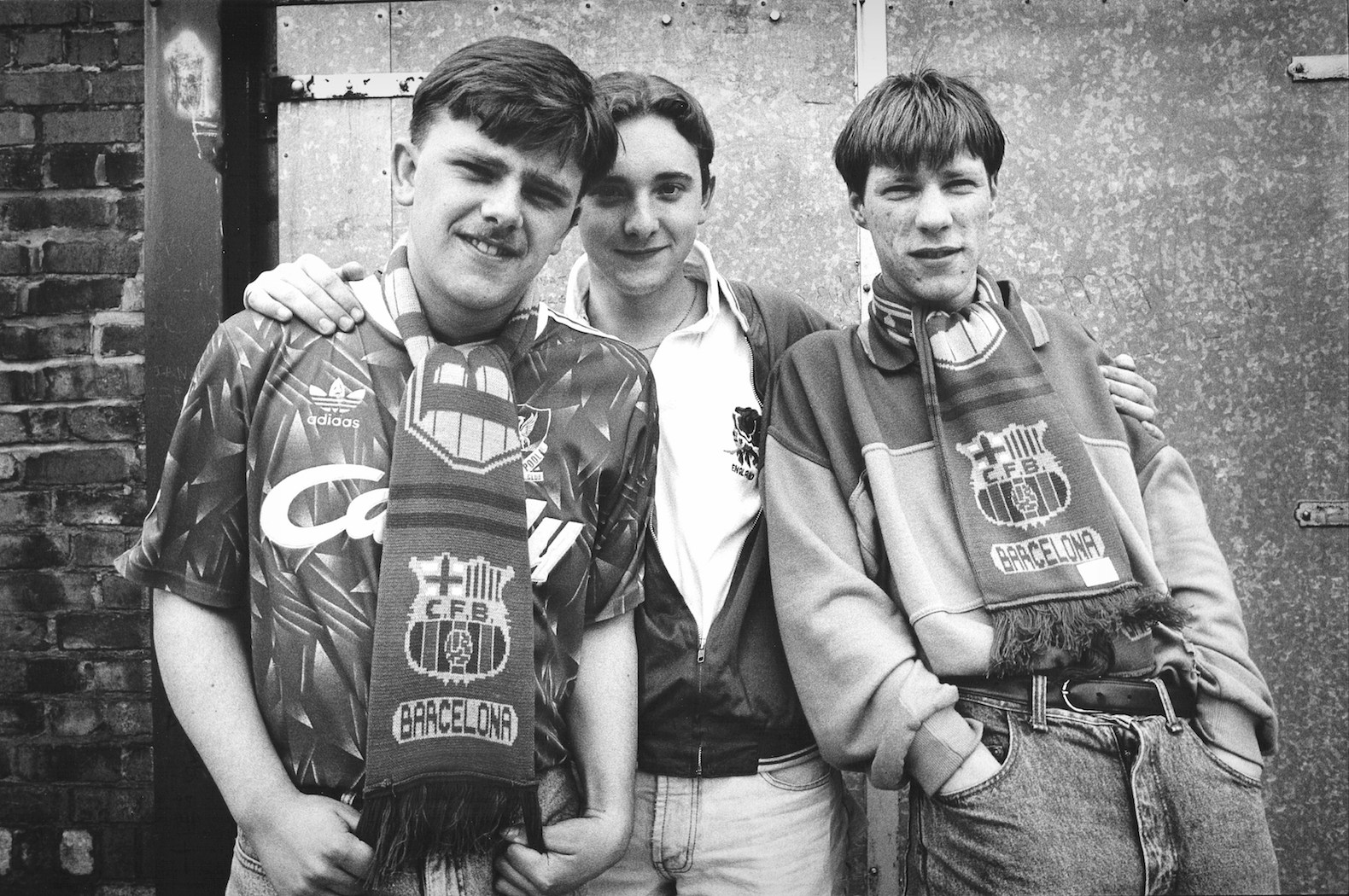 It was this variety in the crowd that Davis sees as having been lost from the game over successive decades. “I think football was more working-class back in ‘91. Now, it’s a bit more middle class. And I think a lot of working-class young people, especially, have been priced out.” The time Davis was photographing was just before the premier league started, meaning “less money was invested in the game and the stadiums were still pretty ramshackle,” he says.

With Covid-19, stadiums have been left empty, which makes the project feel all the more poignant when viewed in the current moment. “In the last year, you realise just rubbish football is without fans. Whether that means clubs will start respecting fans more will be interesting to see.”

“Fans raise the temperature of things, especially if you get away fans and home fans in the same Stadium, shouting things at one another,” reflects Davis. “I just think: ‘Wow, we’ve missed fans.’” 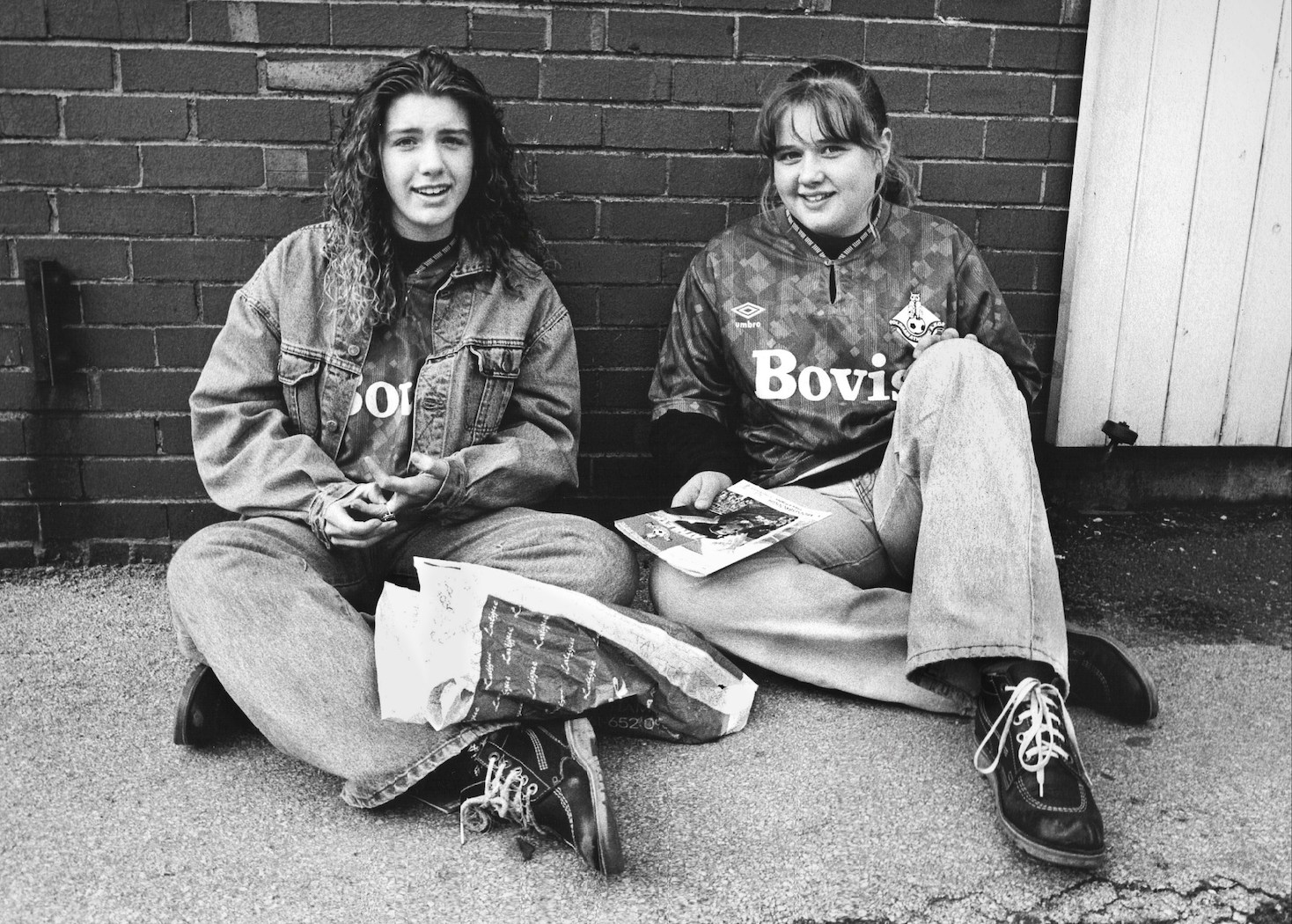 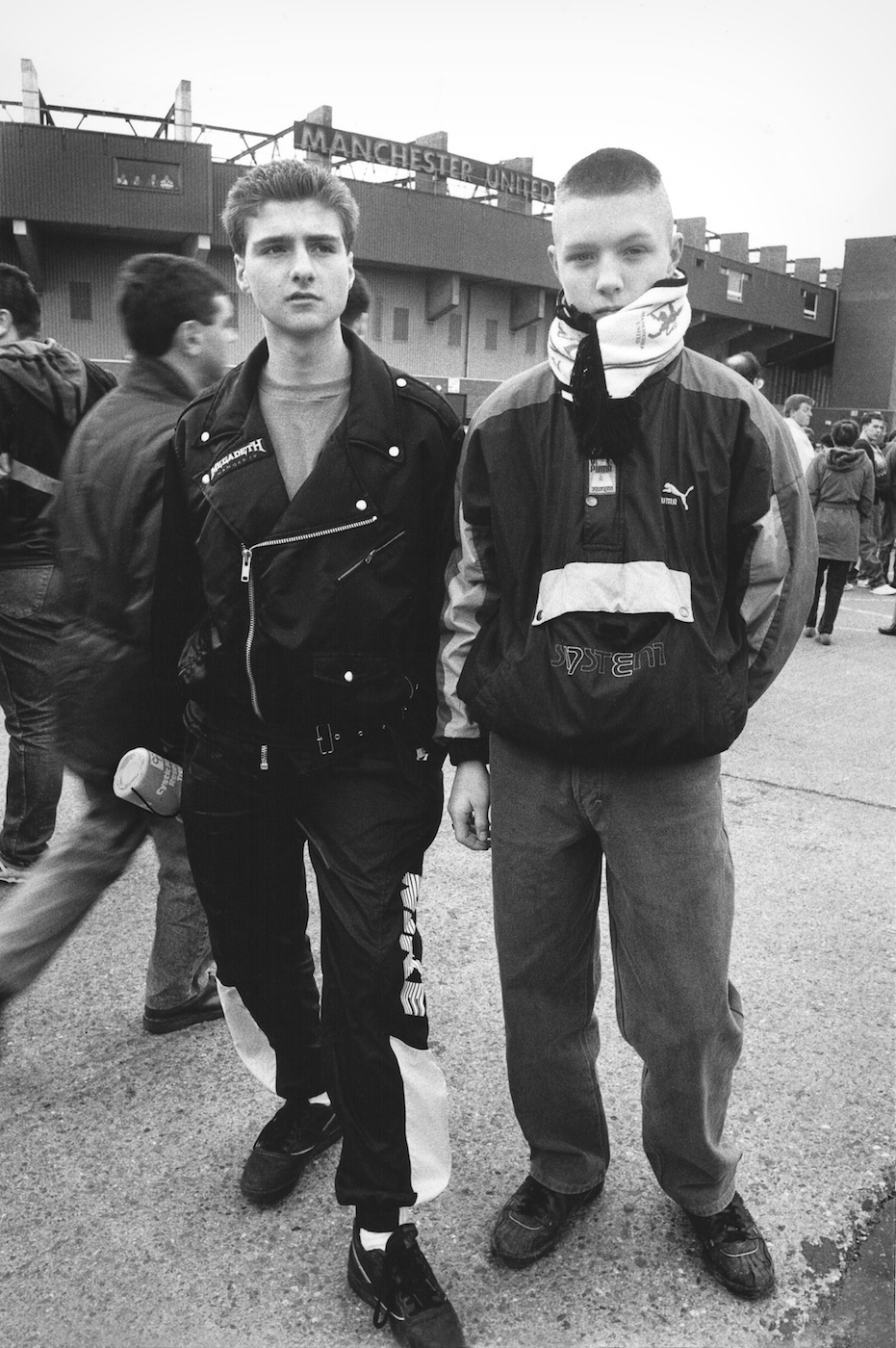 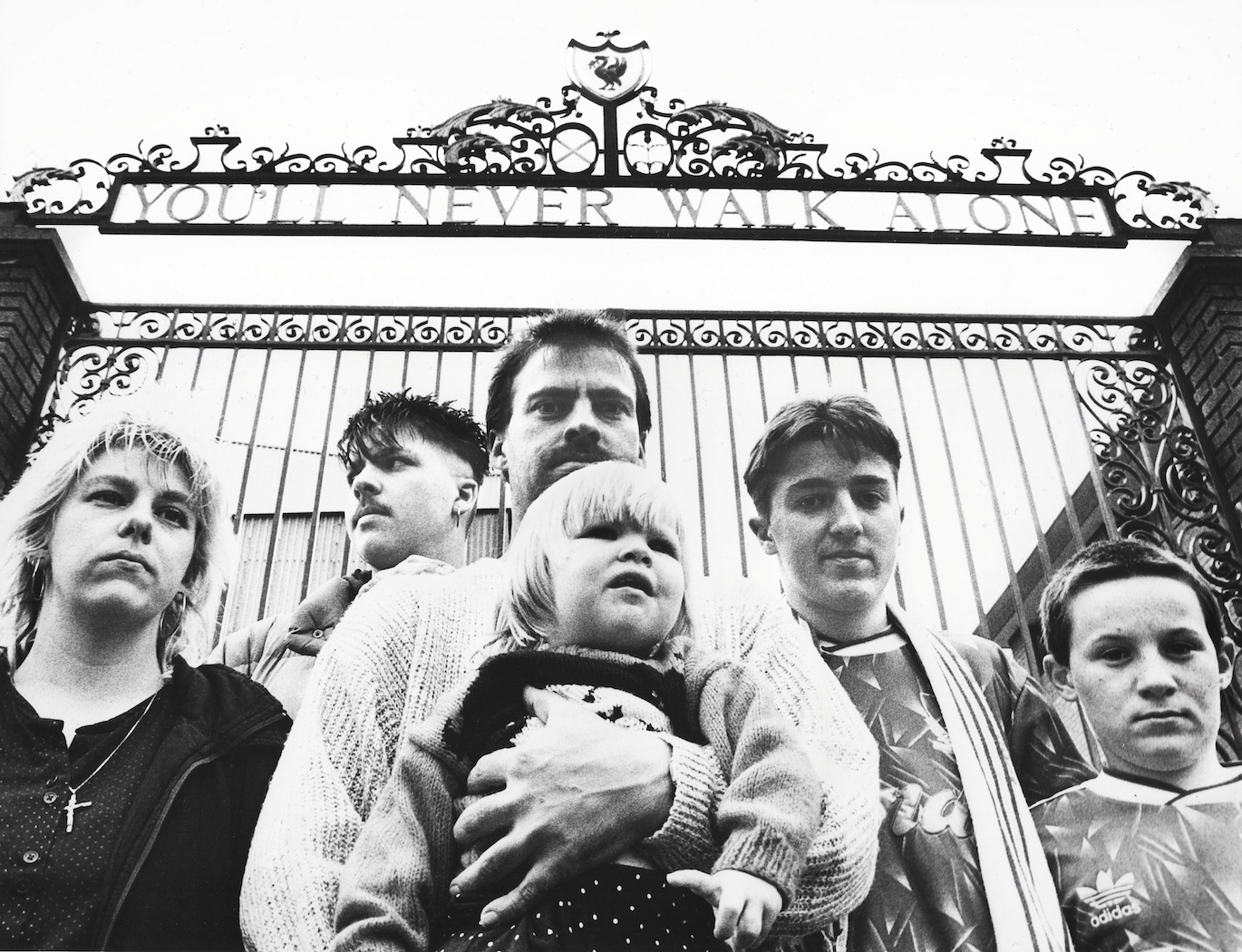 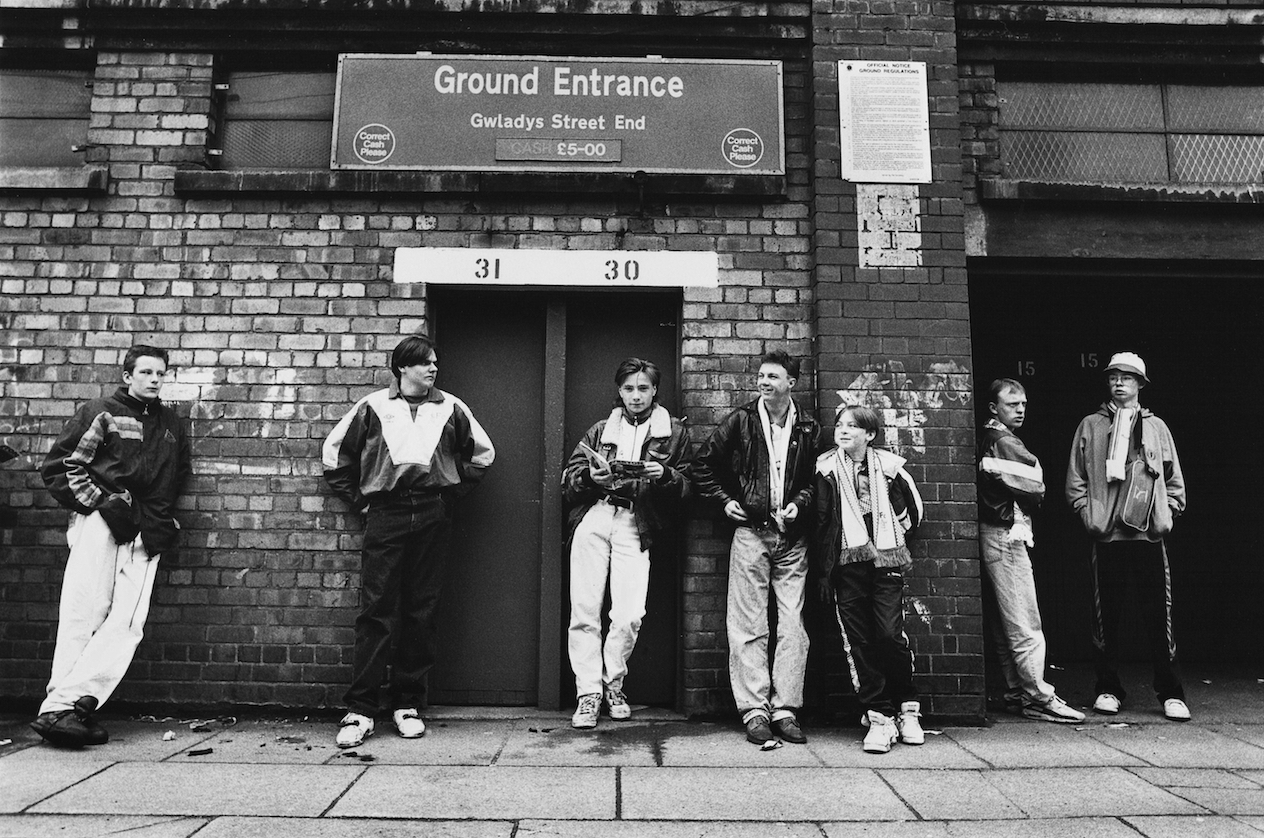 Linkedin
RELATED ARTICLES
OTHER ARTICLES
Finland-born photographer Sirkka-Liisa Konttinen looks back on her decades-long documentation of life in Northern England.
Freddie Miller’s new series of photographs investigates who today’s trainspotters are and what drives their unfettered enthusiasm.
Wealth inequality and the rising cost of socialising is placing a strain on people’s relationships, reports Eve Upton-Clark.
Thomas Hoepker‘s images taken during a road trip across America provide a searing social commentary about a divided country.
Photographer Matthew Brookes recalls following a group of young people in Venice Beach living in search of the perfect wave.
Curator Antoine de Beaupré discusses his immense record collection and what it tells us about the intersection of music, photography, art, and commerce.