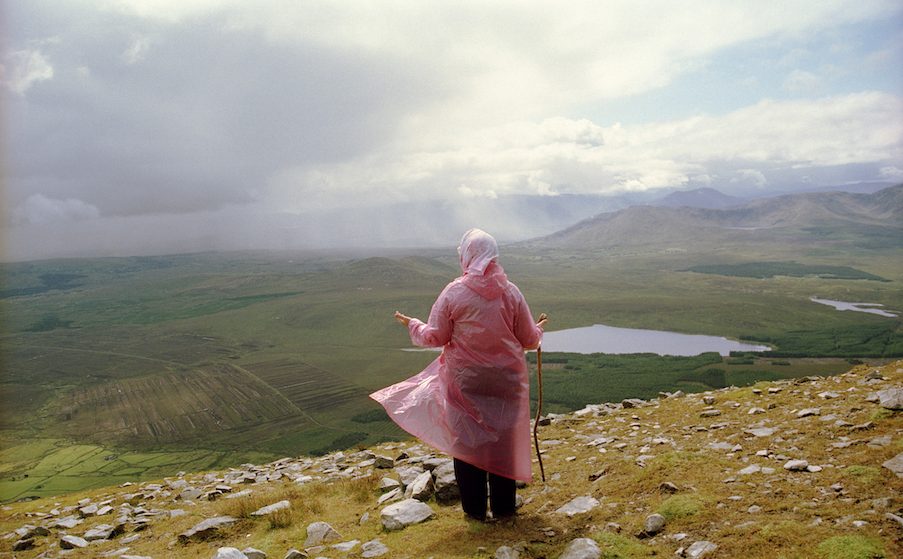 A new book brings together photos by Tom Wood taken over a period of over nearly 50 years, centring the photographer’s often-fraught lifelong relationship with Ireland.

A new book brings together photos by Tom Wood taken over a period of over nearly 50 years, centring the photographer’s often-fraught lifelong relationship with Ireland.

Documentary photographer Tom Wood is best known for his images capturing everyday moments in Merseyside, from its bustling markets to crowded nightclubs. But when it comes to the photographer’s own heritage, “There’s an awful lot more to the story than just Liverpool,” he says.

Wood’s latest photo book, Irish Work (RRB), brings together some of the photographer’s previously unseen images of Ireland, covering 50 years of his own life and his ongoing relationship with County Mayo – the place of his birth. It’s also where he and his parents (one Catholic, one Protestant) were forced to leave from due to Sectarianism and religious norms. It’s clearly a fraught family history, but Wood doesn’t seem to harbour any ill feelings. 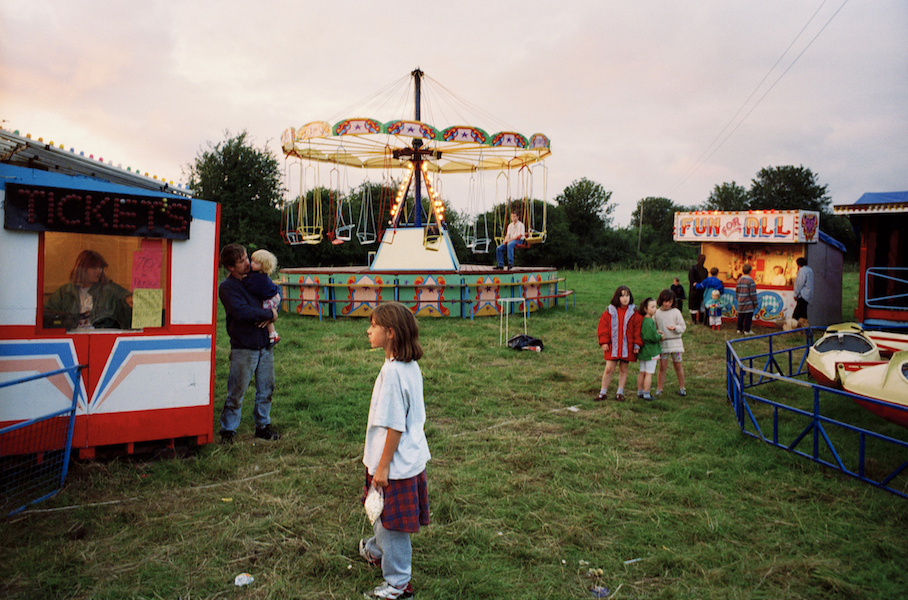 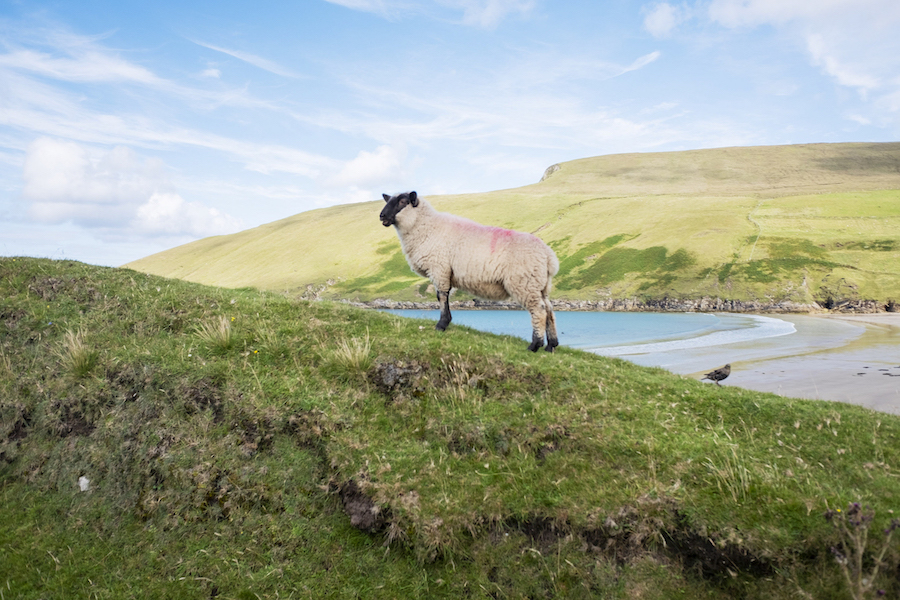 In fact, it’s quite the opposite: the book is crammed with moments of joy, cherry-picked from Wood’s many years of documenting the area, from the rosy-cheeked children grinning out from leatherette car seats, to a jumble shop bursting with garments.

Then, there are the disarming landscapes, which imbue a sense of grandiosity to the tough and repetitive lives of those who tend to the land as agricultural labourers. A hilltop sheep, somehow made majestic, surveys it’s kingdom in one image, while a woman braves the elements – defiant in her red anorak – in another.

Visiting the area each year on holiday, County Mayo represents an ancestral home to Wood, a place of kinship and longing in equal measure. Referencing the Paul Durcan poem “Going Home to Mayo, Winter, 1949”, Wood recalls the ritual of taking the steam train to the Irish region and his father’s excitement throughout the journey. “Every year, my dad would walk up and down the train [to County Mayo] looking for the most interesting person to sit opposite and engage in conversation with. If they ignored him, he would go and talk to someone else. He was just so excited to be going home,” Wood recalls. “He clearly transmitted that [excitement] to me. It stays the same even now, after 50 years.” 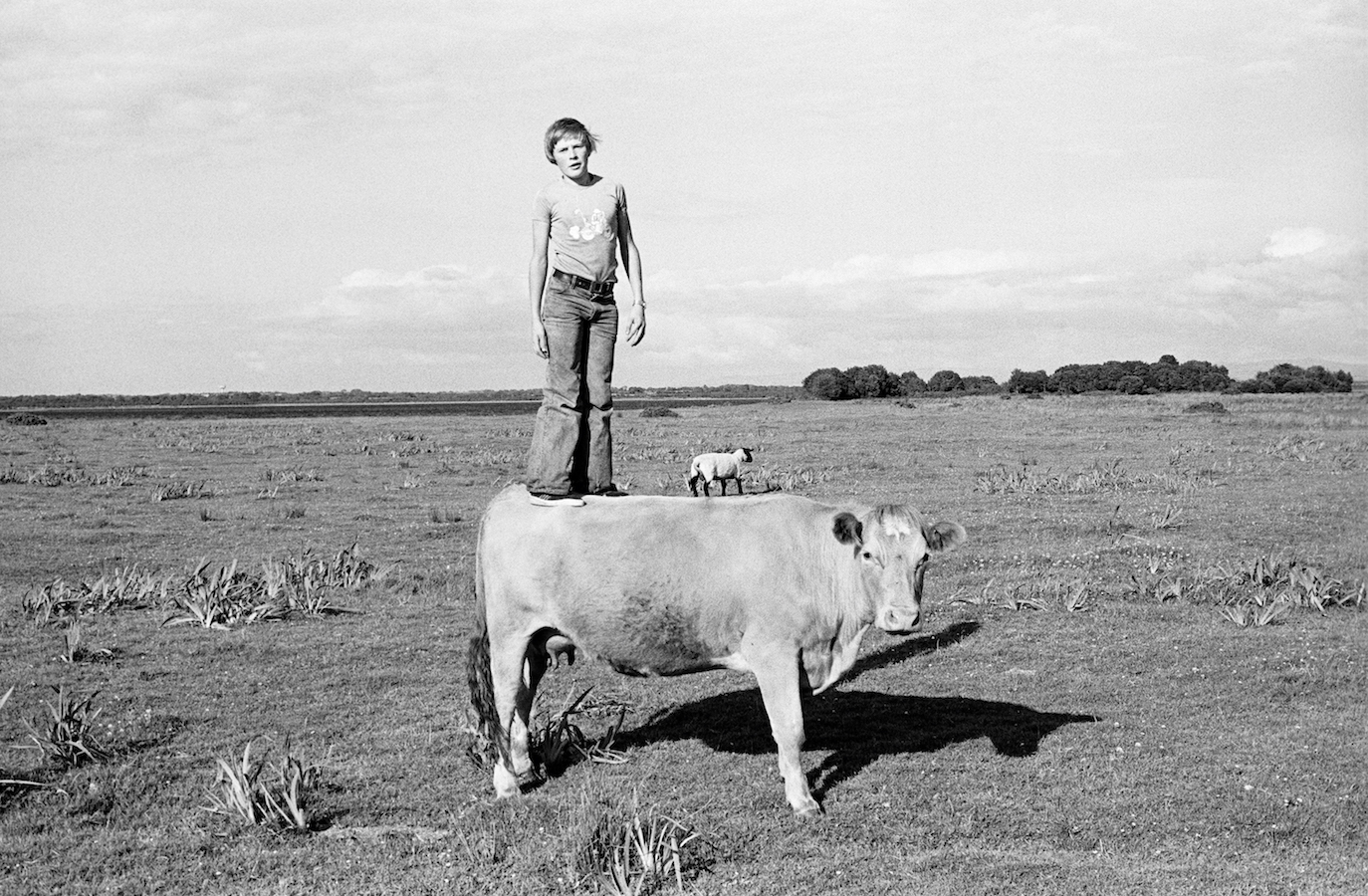 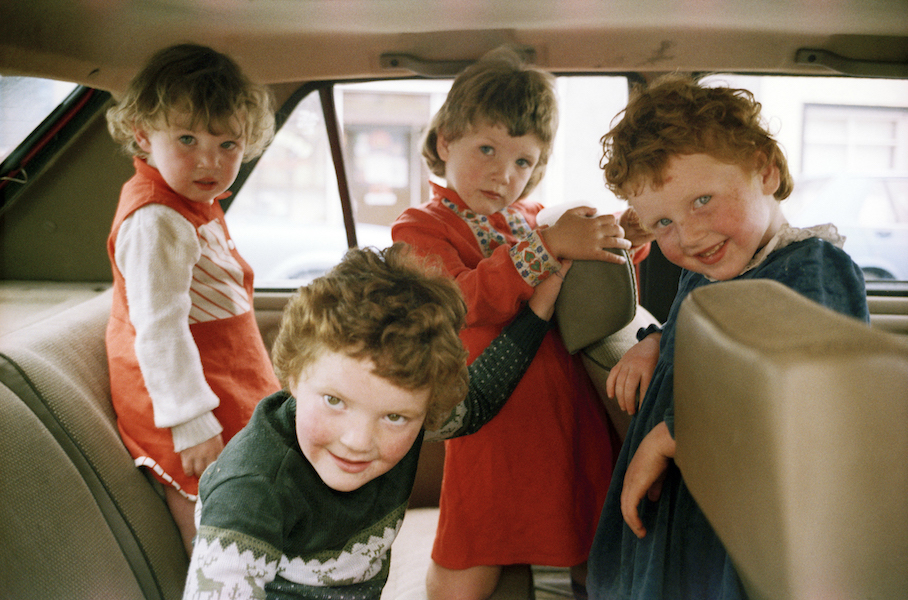 Describing Irish Work as “personal, about family”, Wood recalls days spent speaking to and recording (some images within the books are film stills) the locals in the tight-knit agricultural community. It was a way for him to learn more about his own history. “I’d meet a farmer up on the hillside and we’d be underneath a mountain and he’d tell me things about my grandfather,” Wood remembers.

While anecdotes like these are full of joy, there’s also a lingering melancholy – a nostalgia for a lifestyle which is all but disappearing. The elders who Wood recalls from his earliest memories are no longer with us. They take with them traditions around the land which will not necessarily be passed on due to mass migration as young people move out of Ireland in search of new opportunities and a different way of life.

“When I began [documenting the area], that old Ireland, my dad’s generation was still there,” Wood explains. “They knew the old days and ways – they were like a different breed, where everything was physical and they were deeply rural.”

With such a clear emotional attachment to the contents of this book, Wood explains that Irish Work set out to “make a different kind of book”. The result is a collection of photos which make tangible Wood’s exploration of a once-removed Irish identity, and one which places the area’s inhabitants, in all their wonder, into full view. 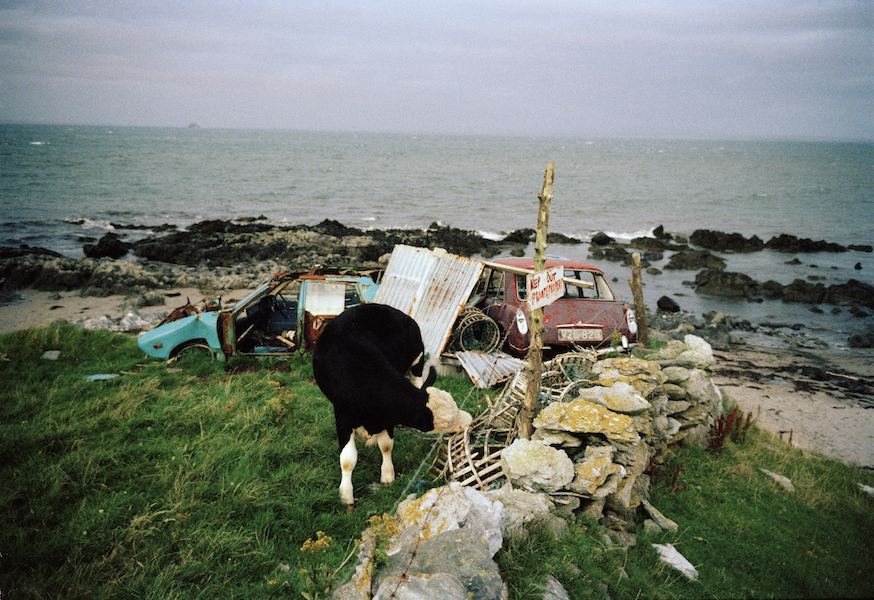 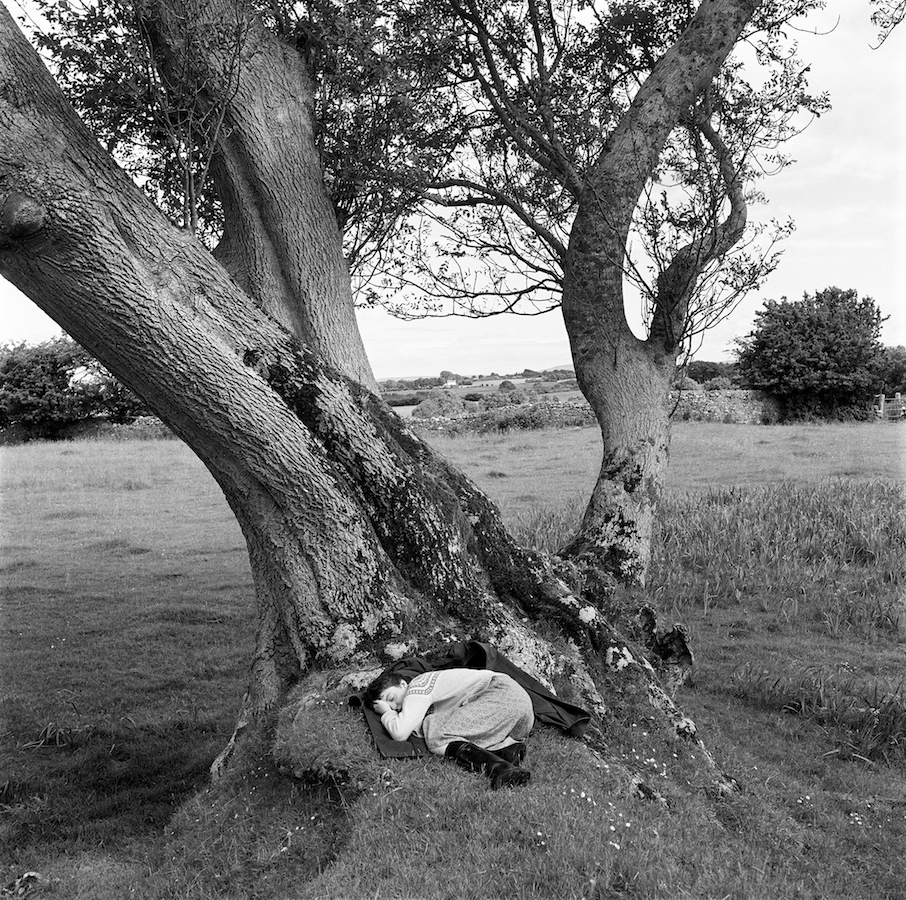 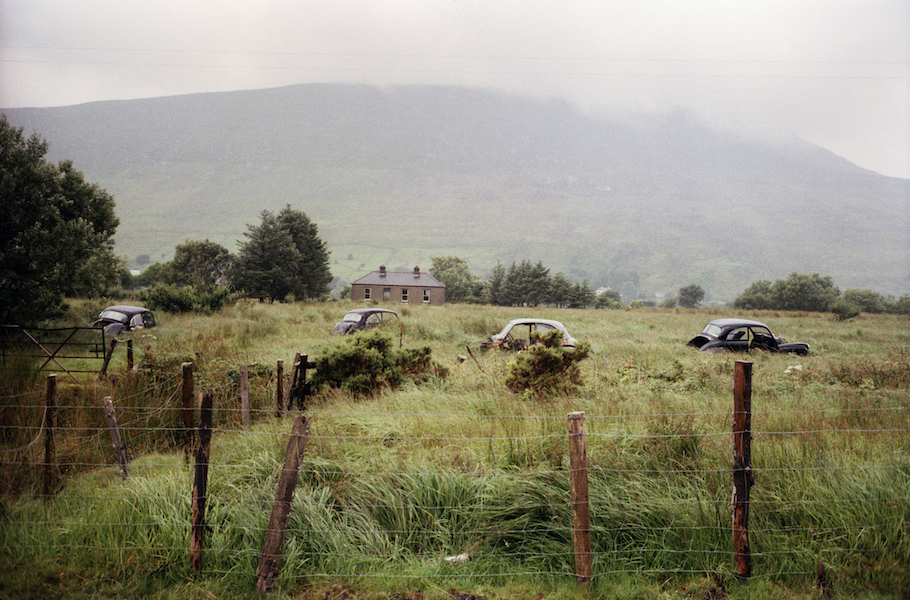 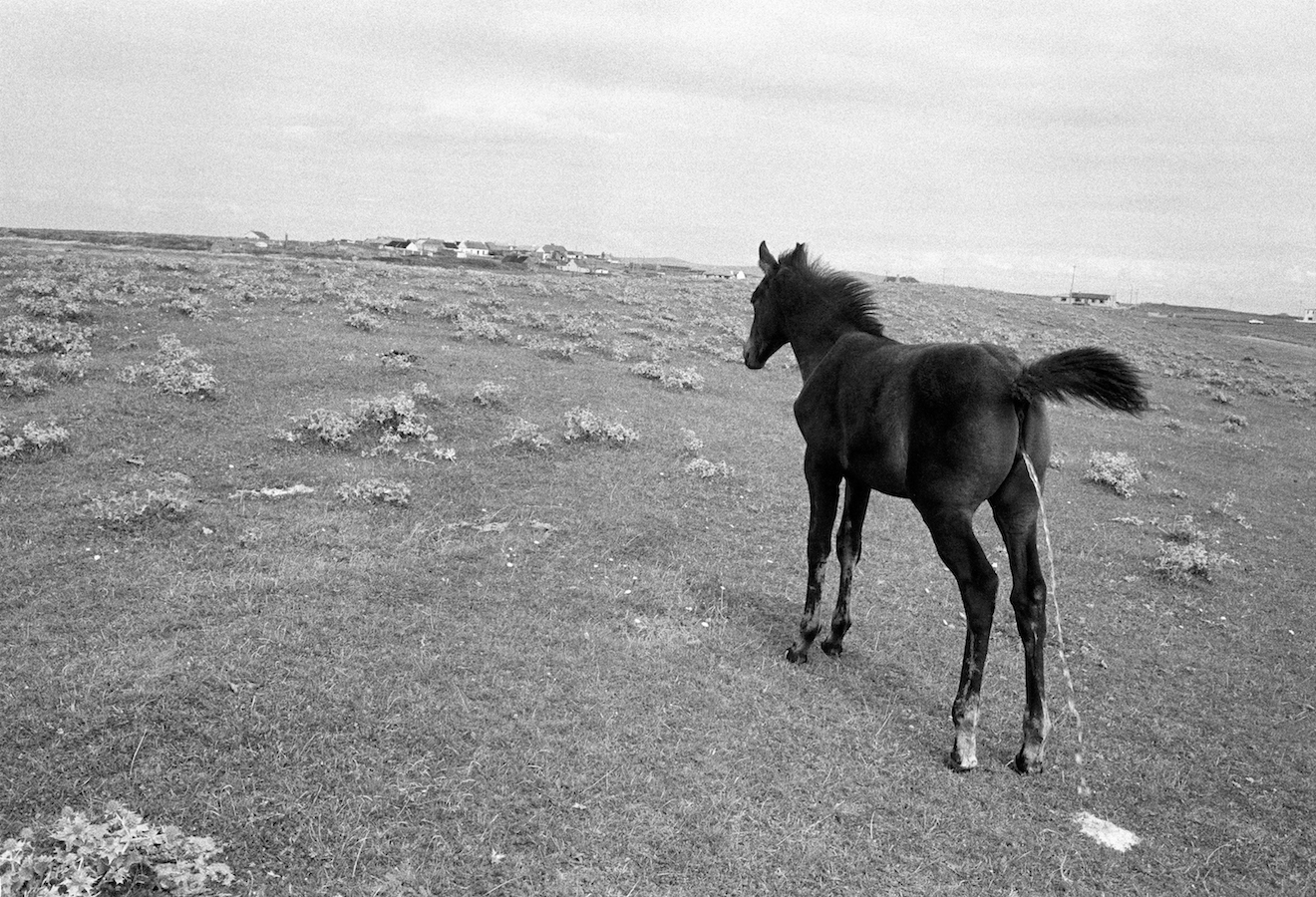 Walk to the Green Rooms, Kilshannig, 1987 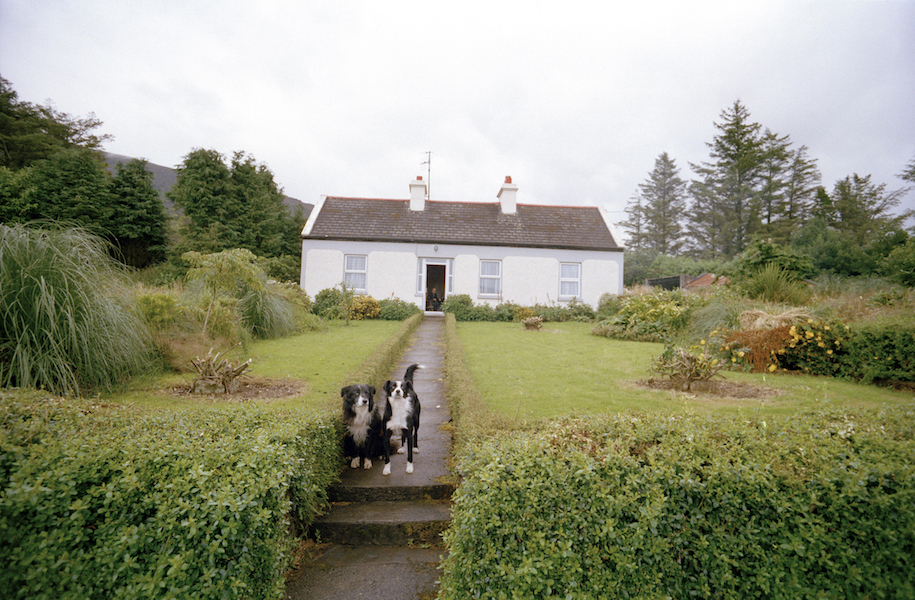 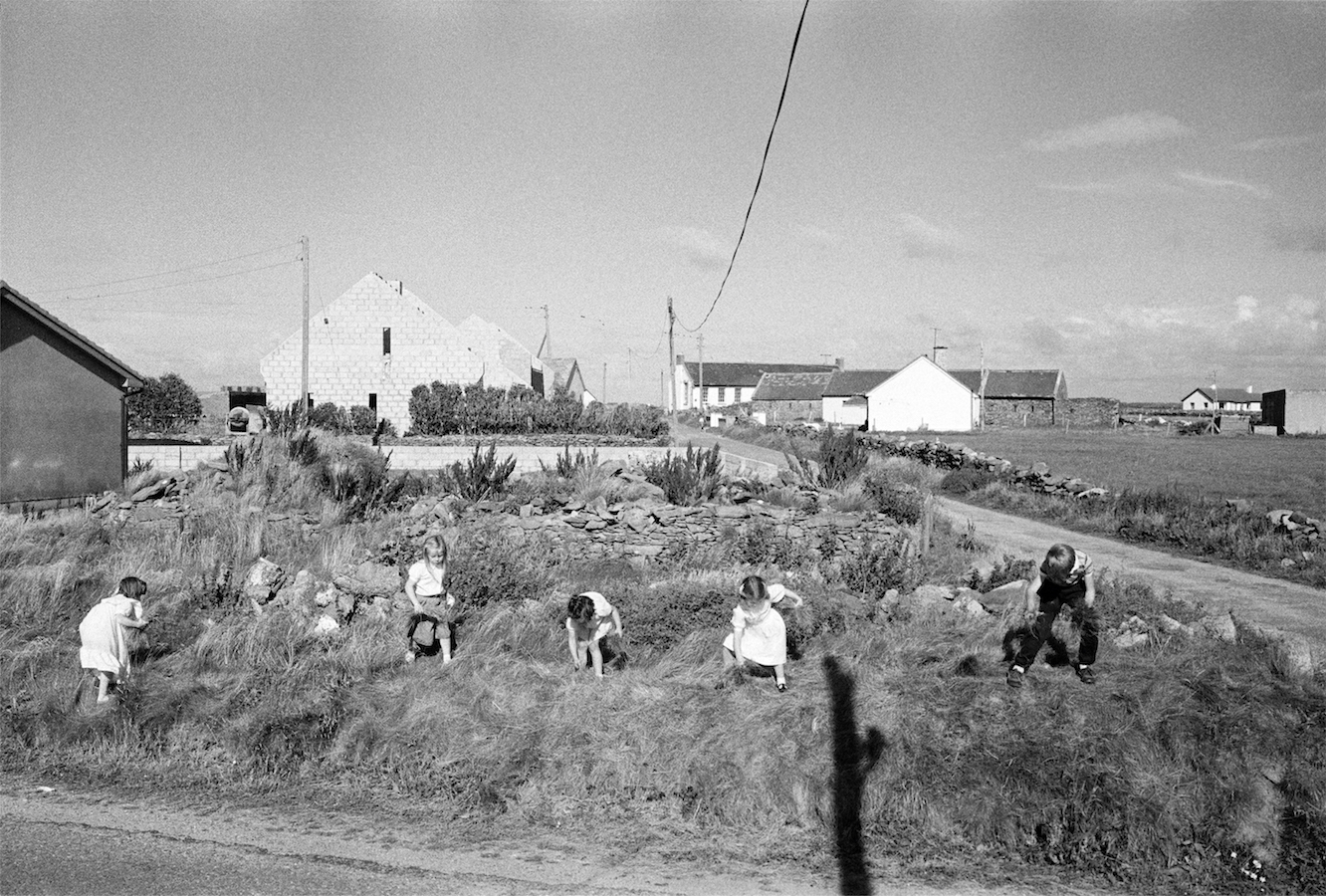 Linkedin
RELATED ARTICLES
OTHER ARTICLES
Since 2007, Gideon Mendel has made 20 trips to document floods in 13 countries. The result is an alarming record of what has already been lost to the climate emergency.
Theo McInnes’s photos of the annual event provide an intriguing snapshot of contemporary Britain.
At his West Bank restaurant, Fadi Kattan established himself as the voice of modern Palestinian cuisine. Now, he’s bringing his innovative, bold flavours to the UK’s capital.
As she gears up for the release of her first book, the 24-year-old climate activist talks standing up to authority and building a more inclusive movement.
Tristan O’Neill’s shots of dancers caught in moments of reverie at the height of rave’s golden age are a testament to the UK’s legendary club culture.
A new law change is enabling Britain’s donor-conceived children to know the truth about their origins – but campaigners say the fertility industry must do more to protect people.