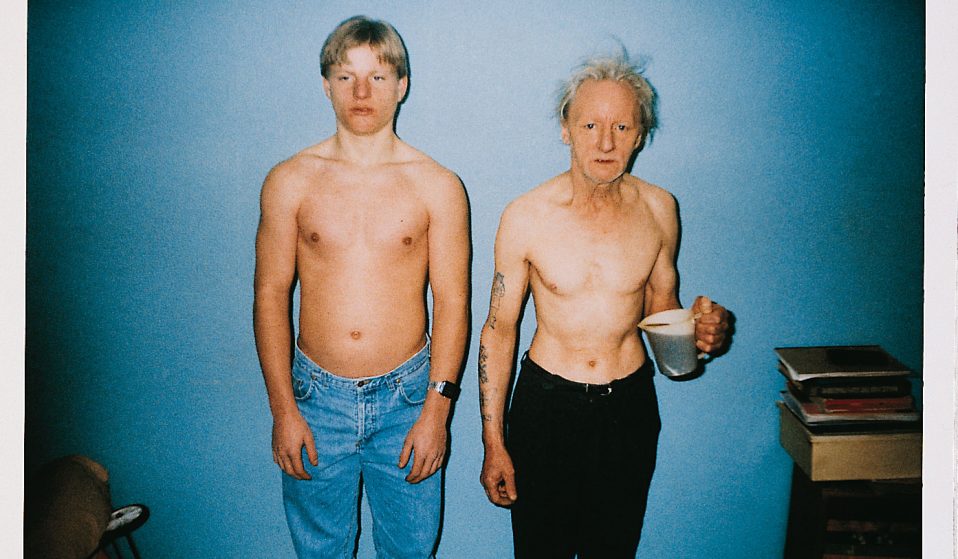 Imagine taking photographs of your home life only to feel too embarrassed to show them to your classmates and tutor. That was where photographer Richard Billingham found himself in the early ’90s, after he shot images of his alcoholic father and chain-smoking mother in their Cradley Heath council estate home.

On realising his fellow students were from slightly different backgrounds, he felt uncomfortable unveiling the realities of his unstable upbringing where his father had installed a bucket of alcohol next to his bed for ease of access.

Wonderfully for the world of photography, Billingham was persuaded to reveal his striking images that depict both the domesticity and the unpredictability of his family in intimate detail. The series of photographs, entitled Ray’s a Laugh after his father, captures the everyday goings-on in the Billingham household, recording meal times, relaxation, communication, babies and – in one bizarre incident – a cat being flung across the room. 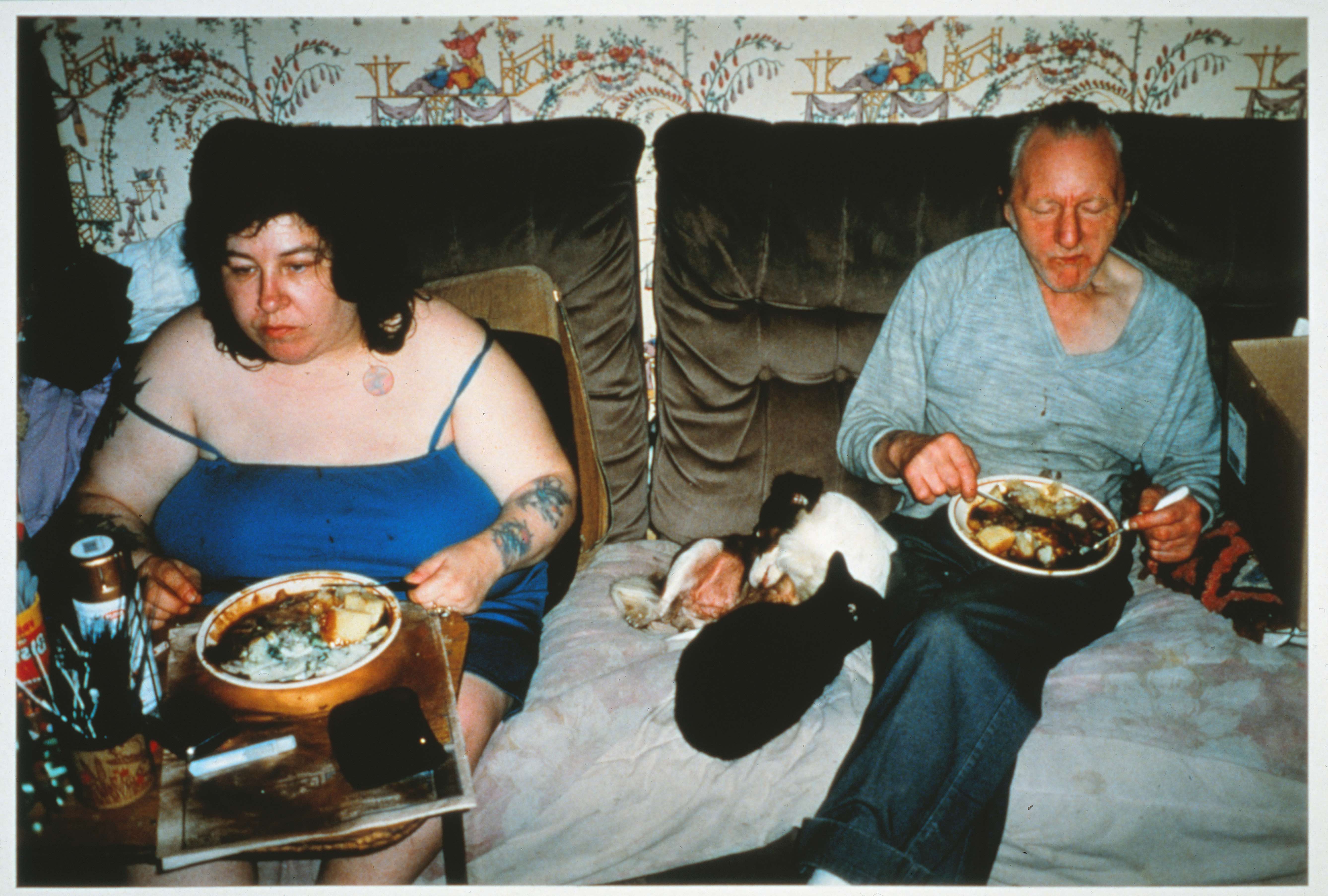 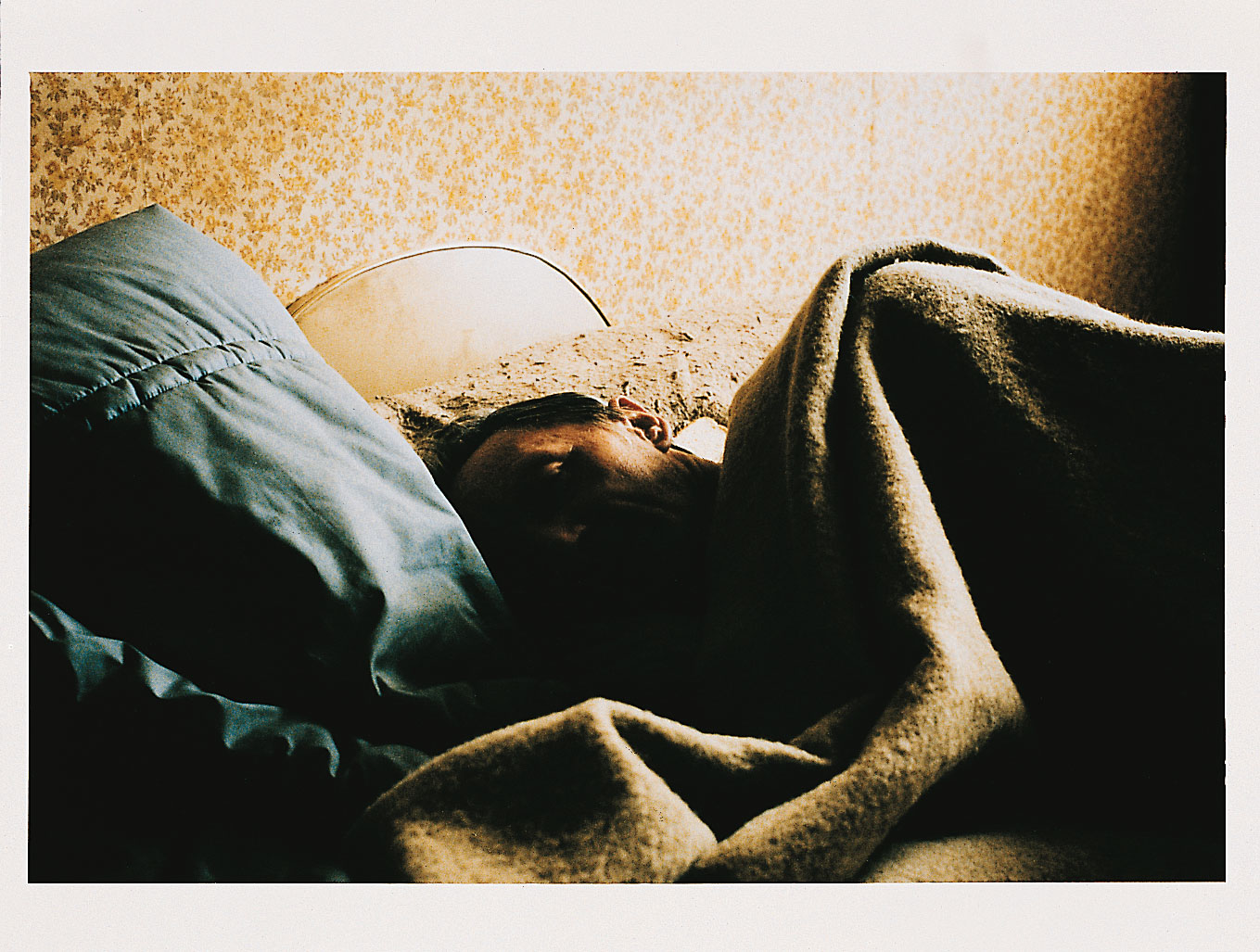 Billingham’s decision to shoot on cheap film might have had an economic motivation, but the slight blur and high contrast on the final images are reminiscent of many family photo albums, reminding the viewer of the personal connection between artist and subject.

Although he initially shot the photographs as subject matter for his paintings, Billingham found that the images enabled him to understand his family and upbringing with more clarity. Consequently, he felt able to distribute them within the art world, exposing what poverty looks like for many and pioneering the term “squalid realism.” In 1997, the series was exhibited in Saatchi Gallery’s Young British Artists exhibition Sensation. 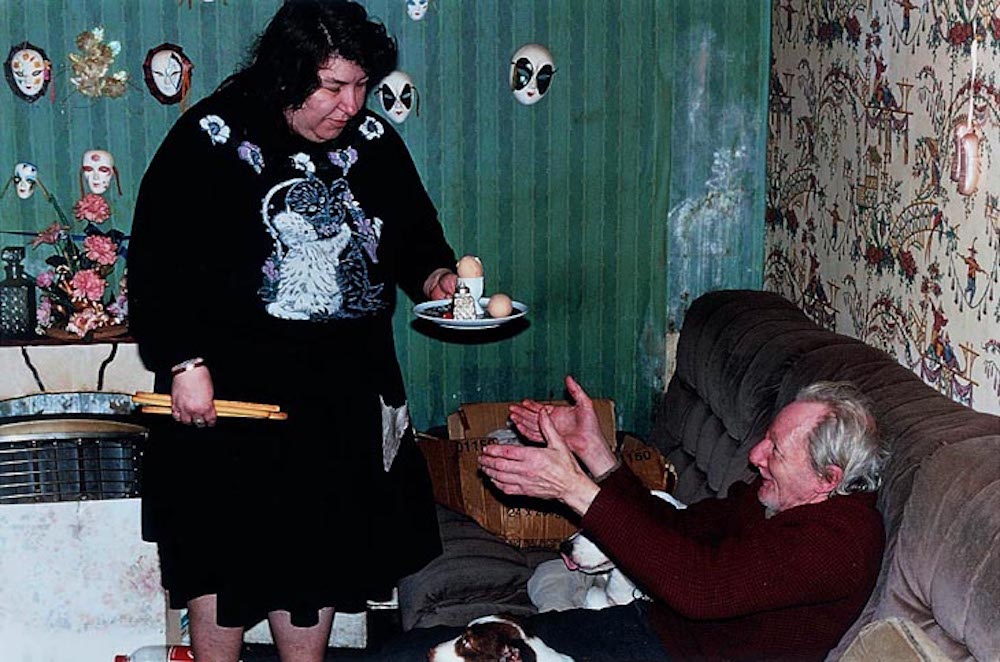 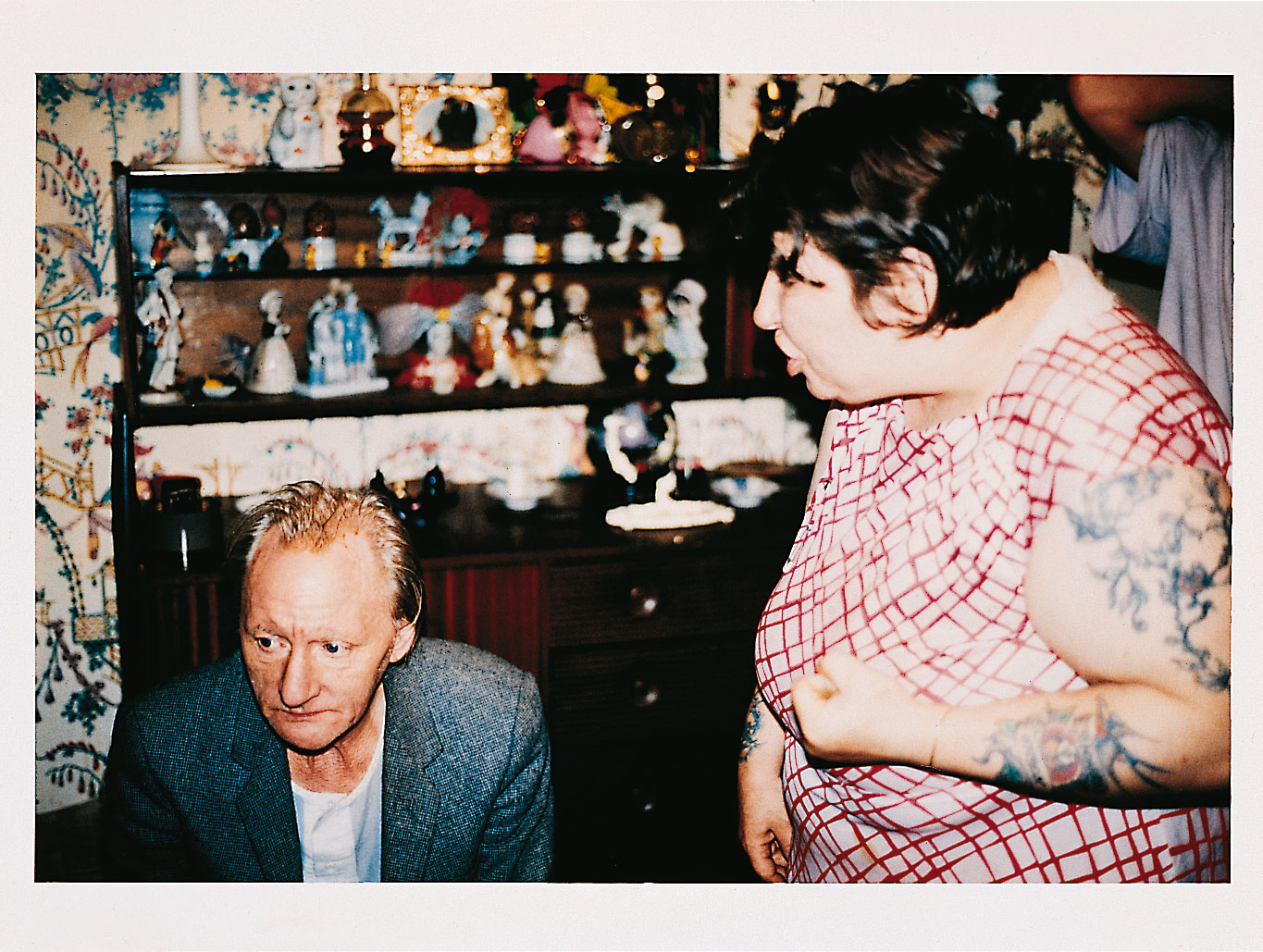 Ray’s a Laugh returns to Saatchi Gallery this week for Black Mirror: Art as Social Satire. Billingham’s insightful snapshots will be joined by work from 25 other artists, including John Stezaker, Bedwyr Williams and Des Hughes, to explore how political uncertainty has influenced contemporary art.

Billinghams’ photographs are as relevant now as they were 25 years ago. Curator and director of Saatchi Gallery, Philippa Adams, notes: “They’re indicative of their time, but also a stark reminder that class disparity and poverty are very much in existence today.”

“Richard more recently has been photographing people living on the streets, which again reminds us that such desperately wrecked family lives are just as true today – if not more so when you consider the number of homeless on our streets. It forces the viewer to confront one’s own reality, the society we live in, and the inequality that still exists.” 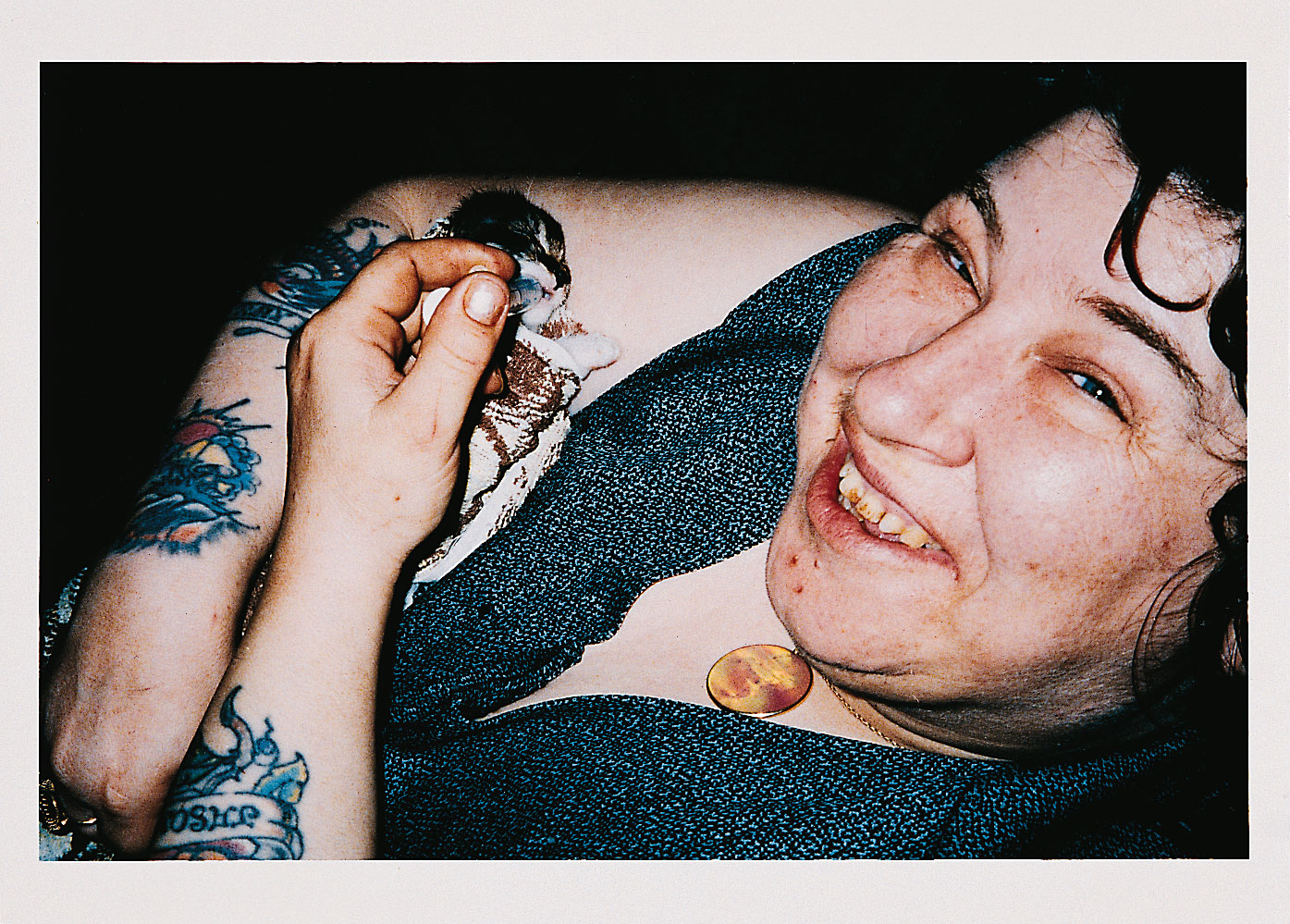 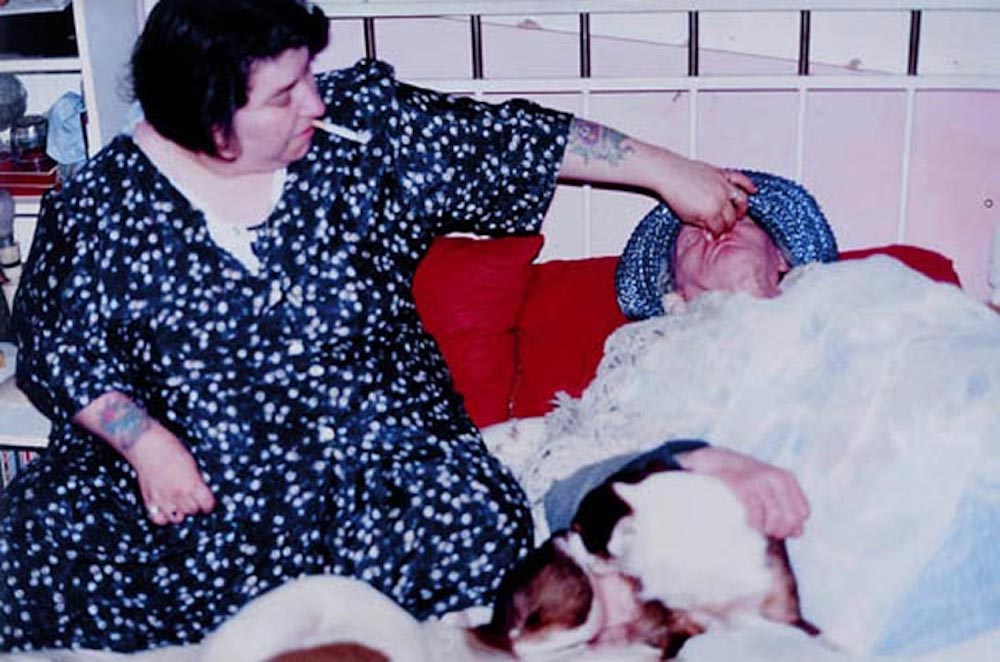 Linkedin
RELATED ARTICLES
OTHER ARTICLES
Photographer Phyllis Christopher recalls capturing sex and protest at a time when the city had become a haven for the queer community.
The revered showbiz chronicler recalls his journalistic beginnings, documenting subcultural scraps in the ’80s.
After news broke last week around an expected reversal of the 1973 landmark law that made abortion legal in the US, protestors gathered in the UK in support of American women.
Following the success of her debut novel, the Tottenham native is restating her commitment to the place that made her.
Following the release of his latest album God Don’t Make Mistakes, the rapper talks horror villains, police brutality and being unafraid to show his vulnerable side.
The government’s failure to take long Covid seriously has led to the formation of a group campaigning for the thousands of forgotten victims of the illness.