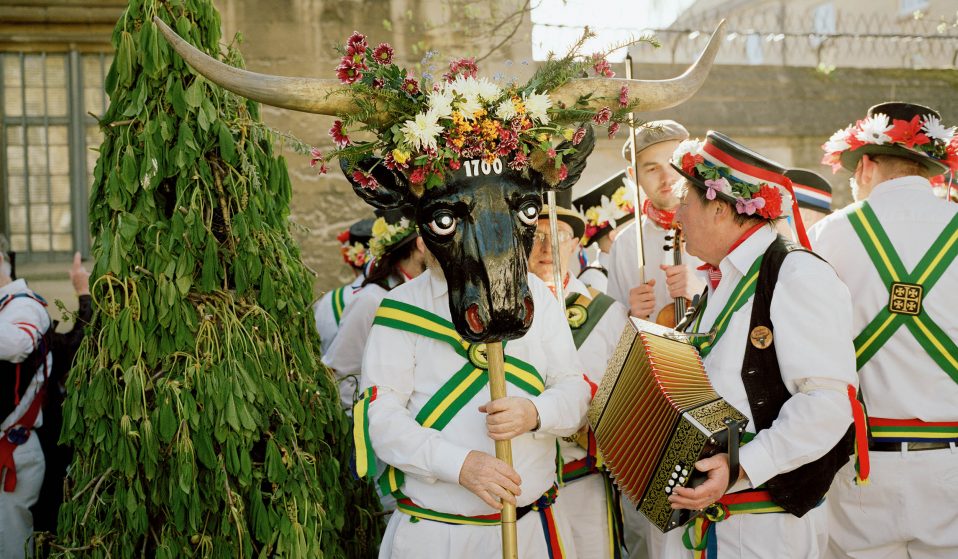 Photographer Chloe Dewe Mathews reflects on the diverse rituals that continue to persevere along the river– despite the changing London landscape.

Photographer Chloe Dewe Mathews grew up close to the Thames, but knew little about the human traditions that regularly take place along there. This led her to embark on a five-year project documenting the river, where she discovered the diverse rituals that continue to persevere – despite the changing London landscape.

The Thames – the longest river in England – has been a hub of human activity for generations, with connected structures, such as navigations, bridges and watermills and prehistoric burial mounds, dating back as far as Pre-Roman times. Nowadays, it’s more famous for events like the Henley Royal Regatta and the Boat Race. But less documented are those rituals which take place outside of the London bubble.

Photographer Chloe Dewe Mathews, who grew up near the Thames before relocating to Hastings five years ago, set out to capture the more hidden aspects of the river. While she would cross it every day via the Hammersmith bridge, she says that in her younger years, she knew very little about what went on there.

“Often, we assume that we have an intimate knowledge of the areas we live in, just because of the amount of time we spend there,” she says. “But actually, due to the patterns of our day-to-day life, we ignore the places closest to us.” 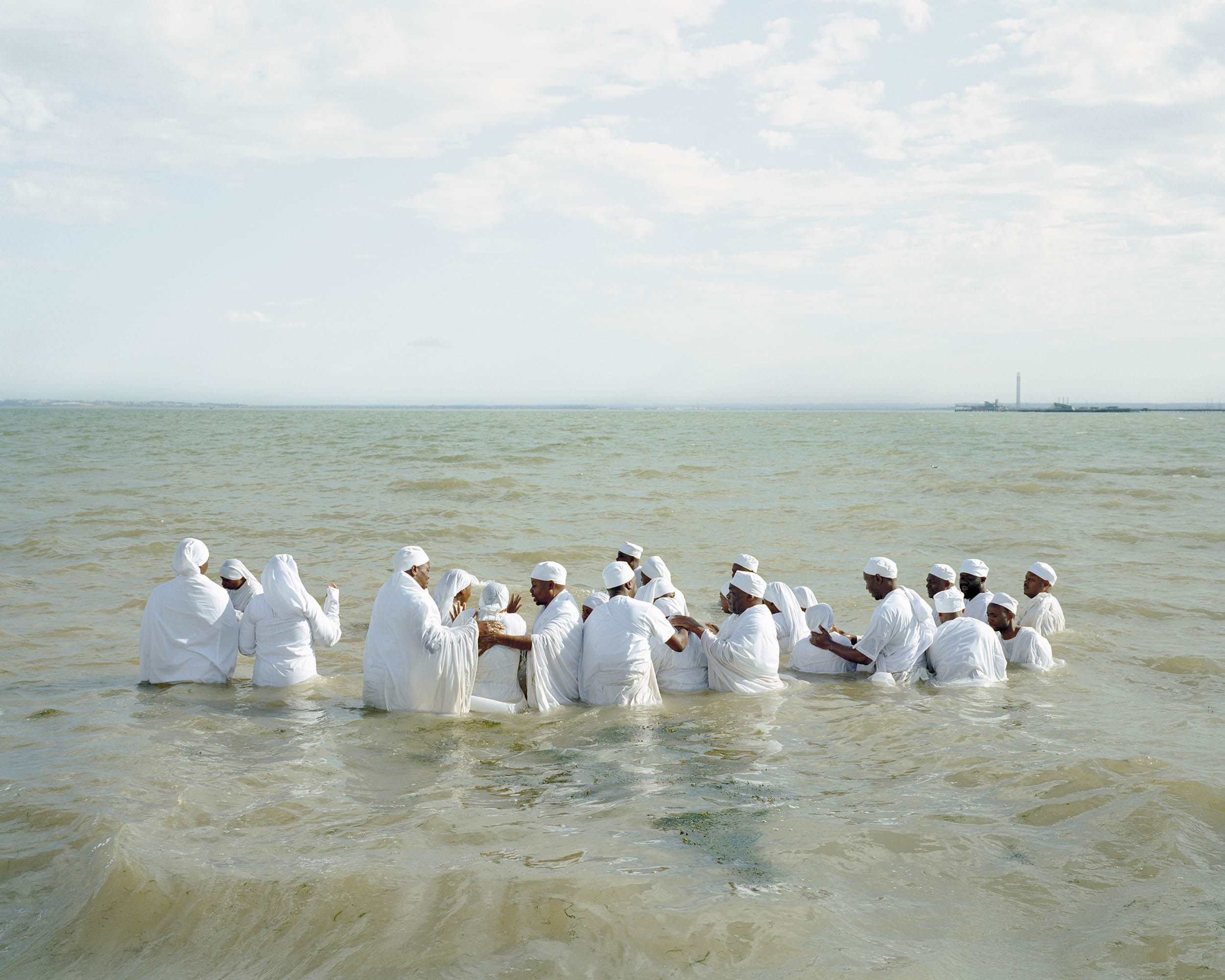 It was a desire to get to know her surroundings that prompted Dewe Mathews to embark on a five-year project documenting the river – from its source in rural Gloucester, to its mouth in the Thames estuary near Southend-on-Sea. The result is Thames Log, a book, published by Loose Joints, that captures the diverse rituals that continue to persevere along it.

While the photographer was fairly familiar with the parts of the river in London, it was the areas that fell outside of the city that intrigued her. “It wasn’t one specific journey,” she remembers. “It was five years of going back and forth to different areas and making sure I covered different stretches.”

The idea for the series arrived almost by accident, when Dewe Mathews stumbled across a photograph from 1883 of someone being baptised in the Thames. “I’d thought, ‘Oh, isn’t it a shame this doesn’t happen anymore, because, they’re because they’re really extraordinary spectacles.’” 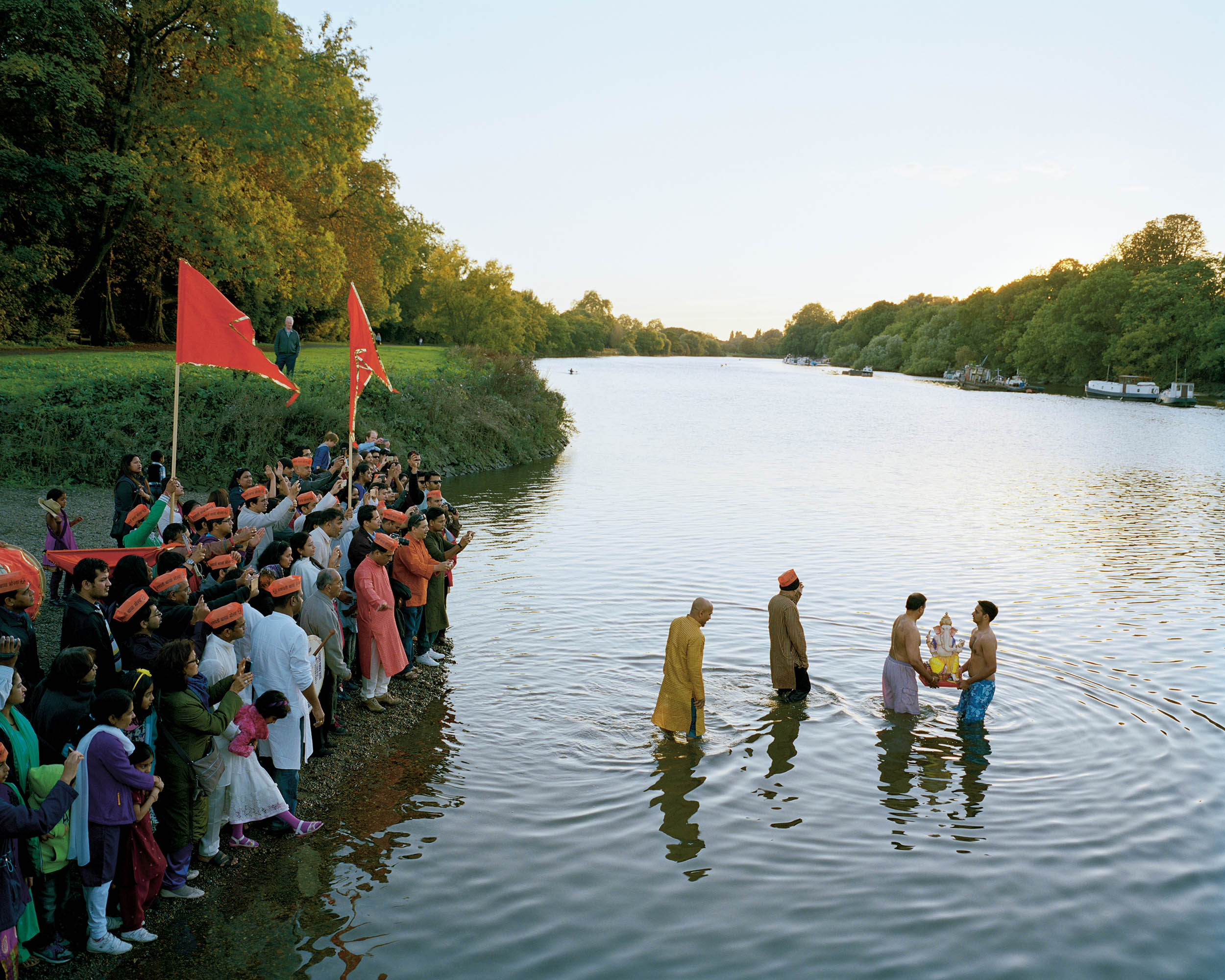 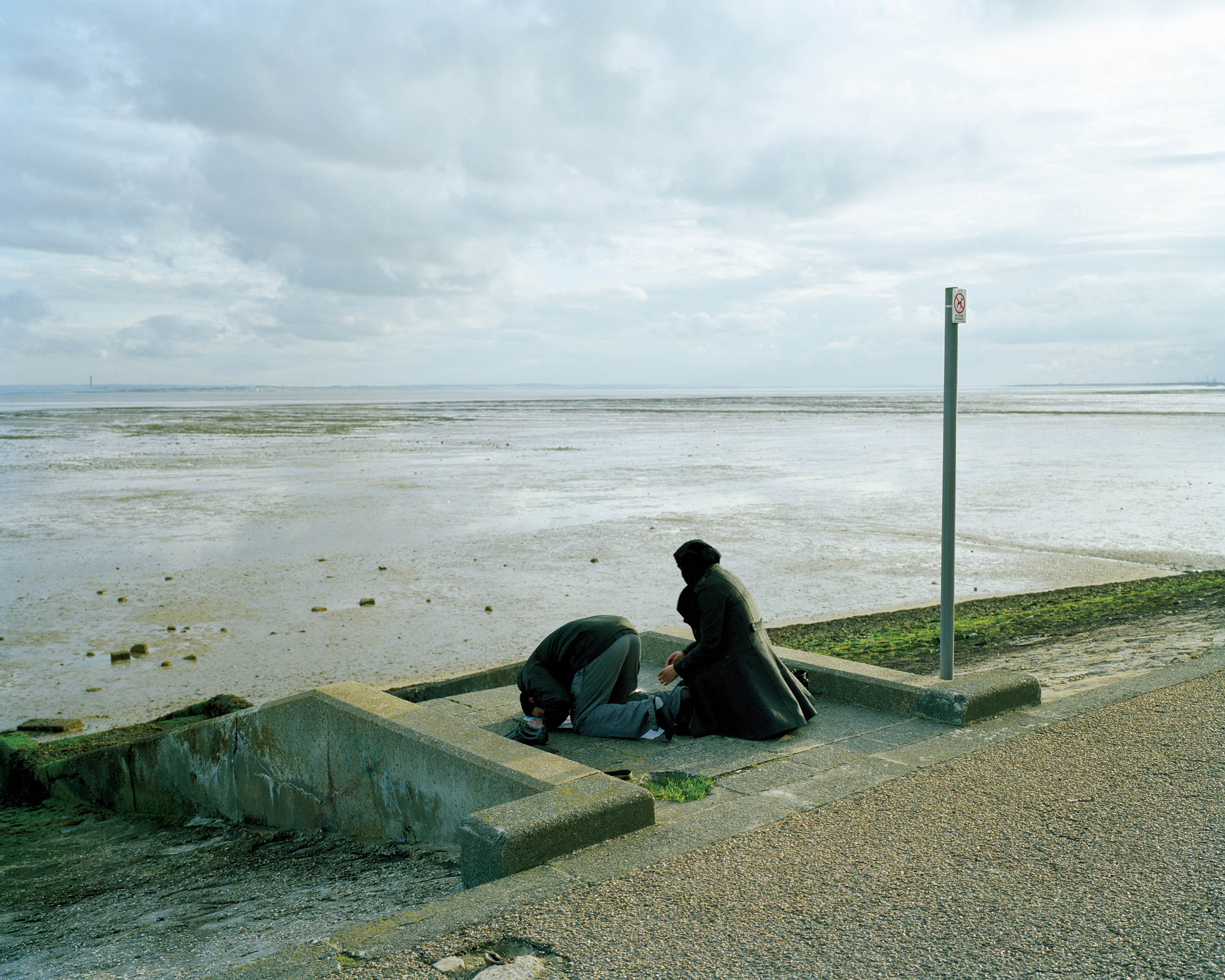 However, as she began to explore the Thames further, she discovered that baptisms did still take place on the river – along with many other elaborate ceremonies – which she was able to photograph as part of the project. “That’s often my way into a project,” she says. “It’s a photograph of something from history that makes you reflect on the contemporary landscape.” Among them was a Pentecostal Christian group from London, who can be seen performing a mass baptism on Southend Beach.

What is perhaps most striking about Dewe Mathews’ images is the diversity of events that occur along the river, as well as the patchwork of communities these entail. “It was about spending that amount of time on the river that I realised just how much was going on.” 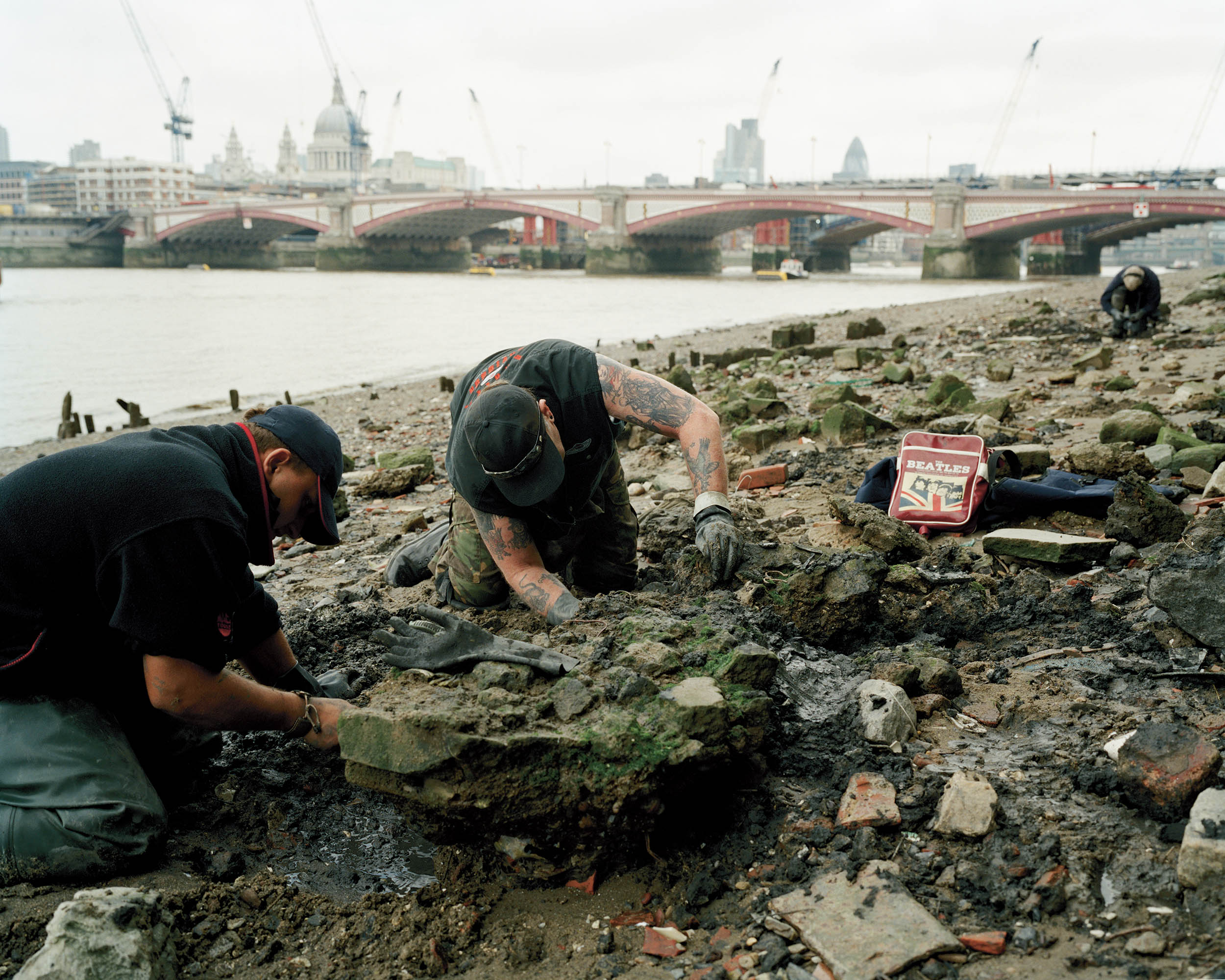 This includes the more spectacular, spiritual events – such as the annual Anglican procession that culminates with a wooden cross being thrown into the river, the Hindus showing devotion to Ganesh as they would beside the Ganges, and pagan revellers dancing in Oxford. But there are more mundane, secular activities too: the people who comb the banks of the Thames for Roman coins, the ship-spotters logging the vessels passing through the docks, and the rush-hour commuters walking London Bridge in the shadow of the Shard.

As Dewe Mathews points out, in many cultures, the river is connected to rivers in other countries. “So, it becomes a kind of conduit, or representative of rivers and other places,” she says. “I think that is a really wonderful idea.” What also struck her was the capacity for intimacy in a public realm. “There is this sense that many people who are going to the river make it their own. It’s a meaningful space to that person – even though it represents something quite different to each person that comes to it.” 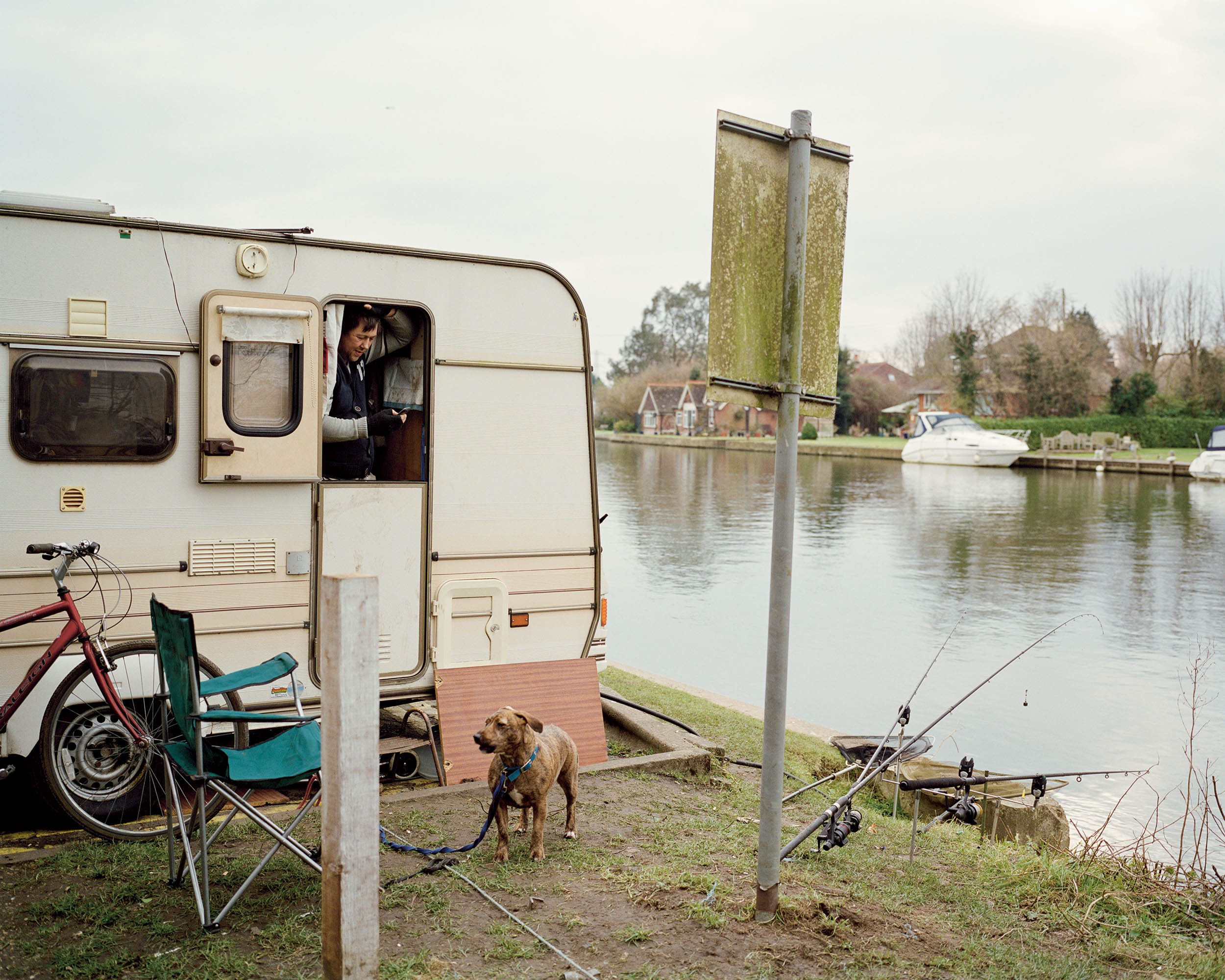 Over the course of the five years Dewe Mathews spent photographing it, a fair amount changed on the Thames – notably, the luxury flats dotted around the banks from Putney Bridge through to Vauxhall. That said, many of the human activities and traditions remain constant.This continued presence is a testament to people’s unwavering fascination with the river.

“The architecture is an obvious thing that is constantly changing – particularly in London. But in terms of human behaviour, I don’t think I noticed a change within that,” she says. “There’s a real repetition of ways in which humans interact with the river… It’s timeless.” 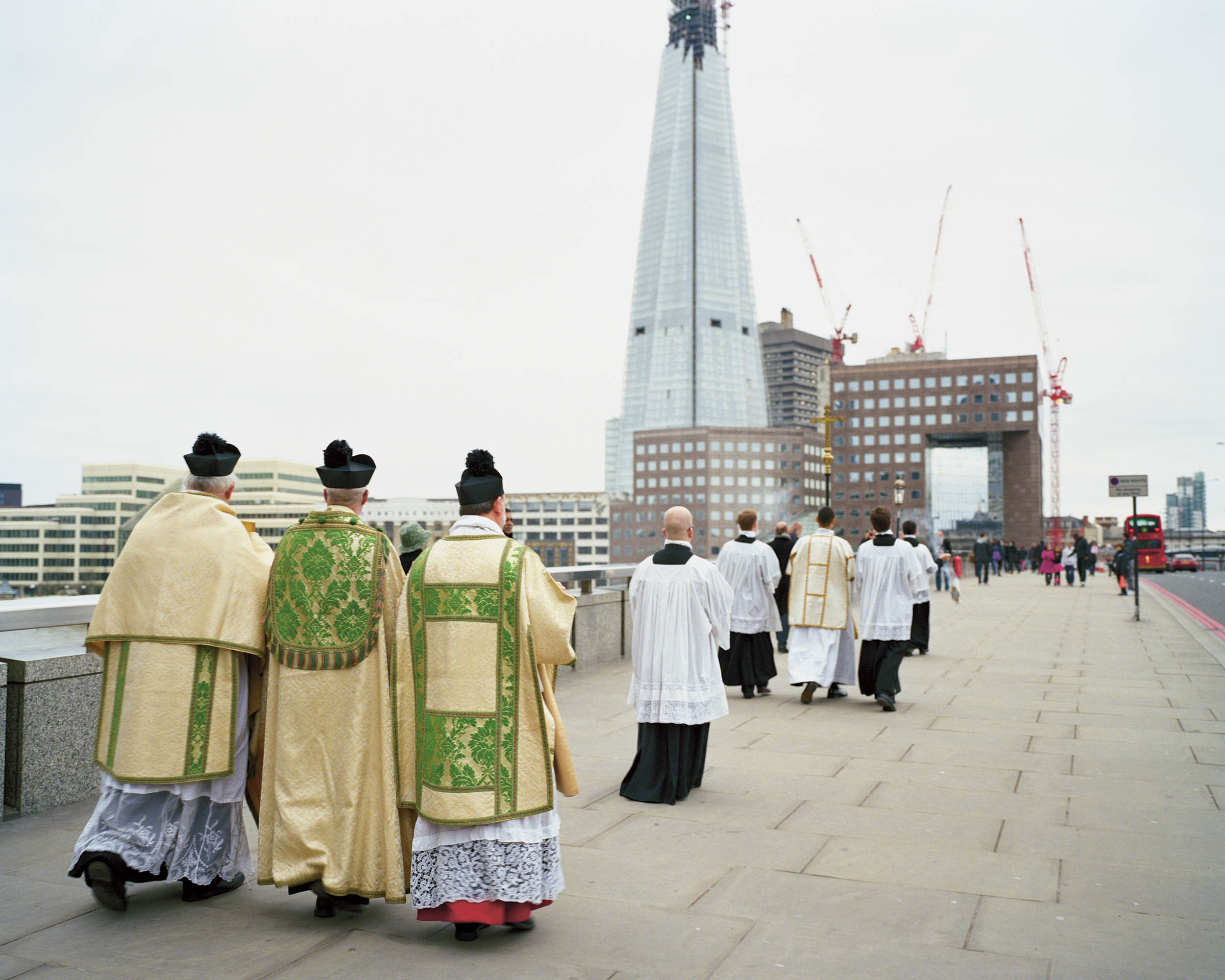 Blessing of the River, 2012, London Bridge 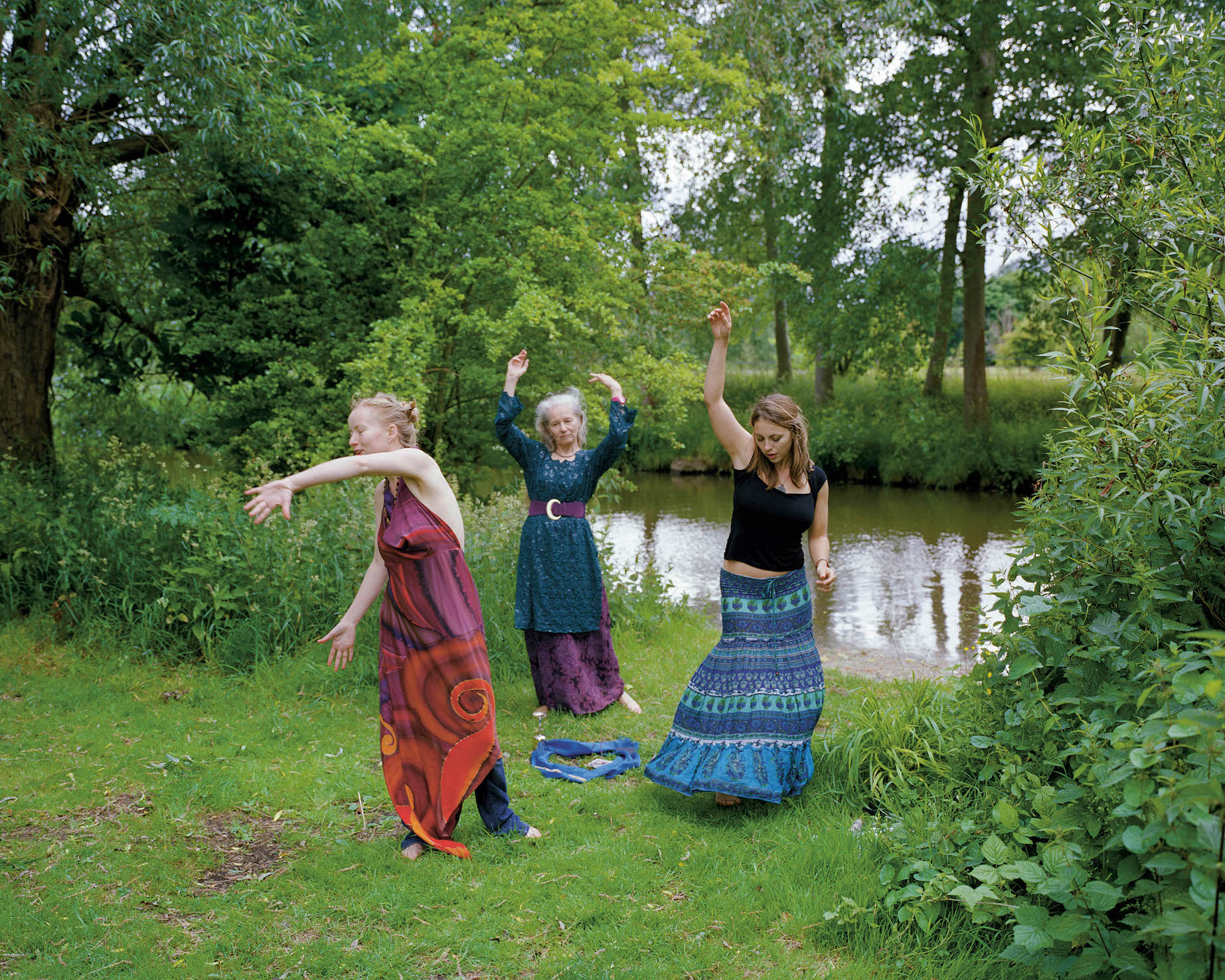 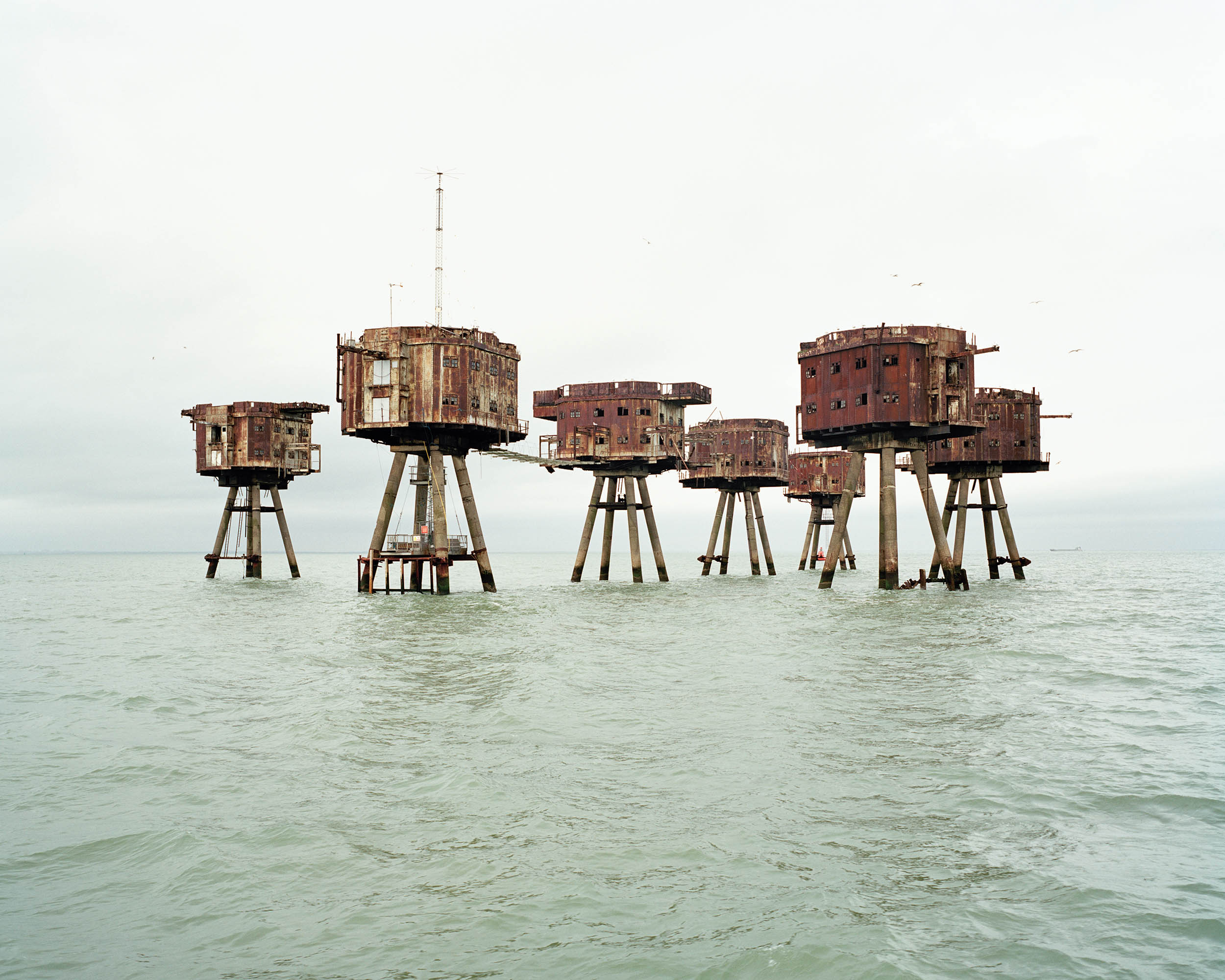 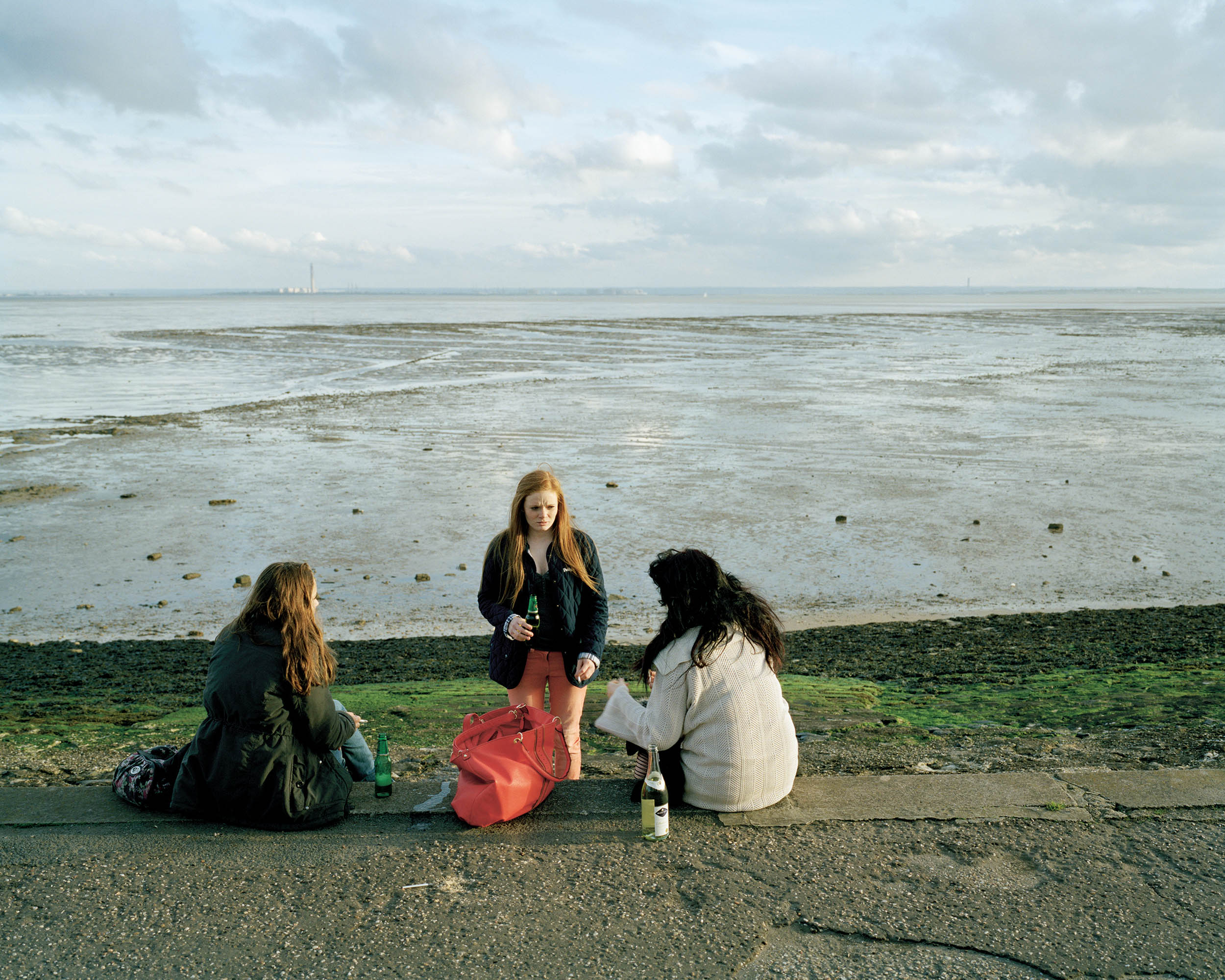 Linkedin
OTHER ARTICLES
Ireland’s national sports are modernising. At the forefront of this movement is Na Gaeil Aeracha, the country’s first ever queer GAA club.
Hackney Bumps is a DIY sanctuary in the heart of East London, home to a thriving diverse community of skateboarders – and beyond.
Max Miechowski reflects on documenting land that is being lost to the sea – and the people who live life on the edge.
How the sounds of nature, air force bases, walking across the country, Windrush and synthesisers have influenced one woman’s journey through music and life.
The demonstration took place this week over plans to slash £50m from arts bodies in London.
Recent research is highlighting the drug’s enormous potential for treating substance abuse.