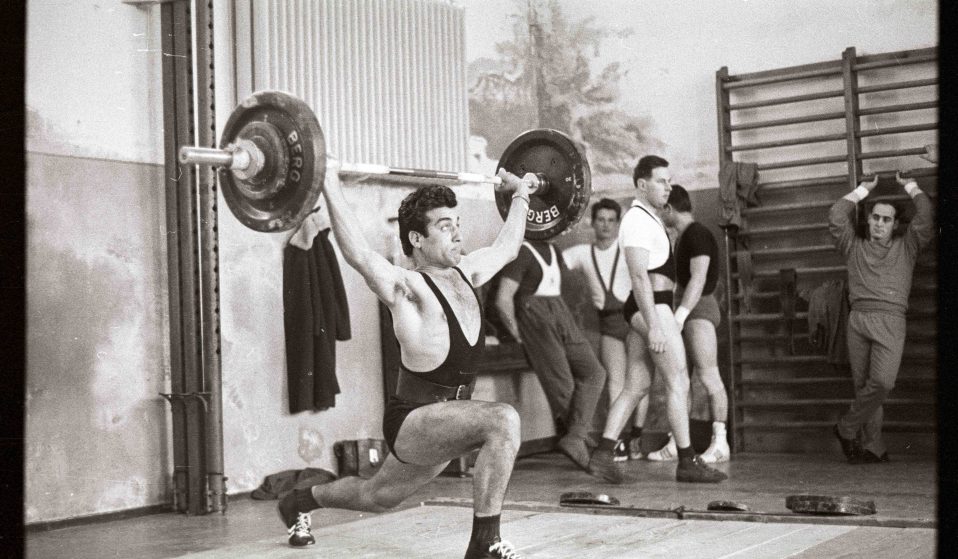 For Swiss photographer Karlheinz Weinberger (1921-2006), the camera was an all-access pass into a world where men openly expressed their true selves. Best known for his photos of rebels and rockers, Weinberger pursued the masculine ideal in its many forms, including the peak athletic physiques of the sporting world. In Karlheinz Weinberger, Volume # 2, Sports (Sturm & Drang), we’re whisked away and taken into a testosterone-fueled world filled with bodybuilders, wrestlers, weightlifters, motorcyclists, and football players drenched in pools of tension and sweat.

Curator Patrik Schedler, who cared for Weinberger artistically from 2000 until his death and manages the photographic estate, explains: “Weinberger was so interested in the relationships between men, their self-expression and their beauty.”

“With his camera, he was able to observe and work out all this very well. Weinberger said that he was able to photograph almost all the men he liked. In fact, they liked to be photographed, to show themselves, to pose.” 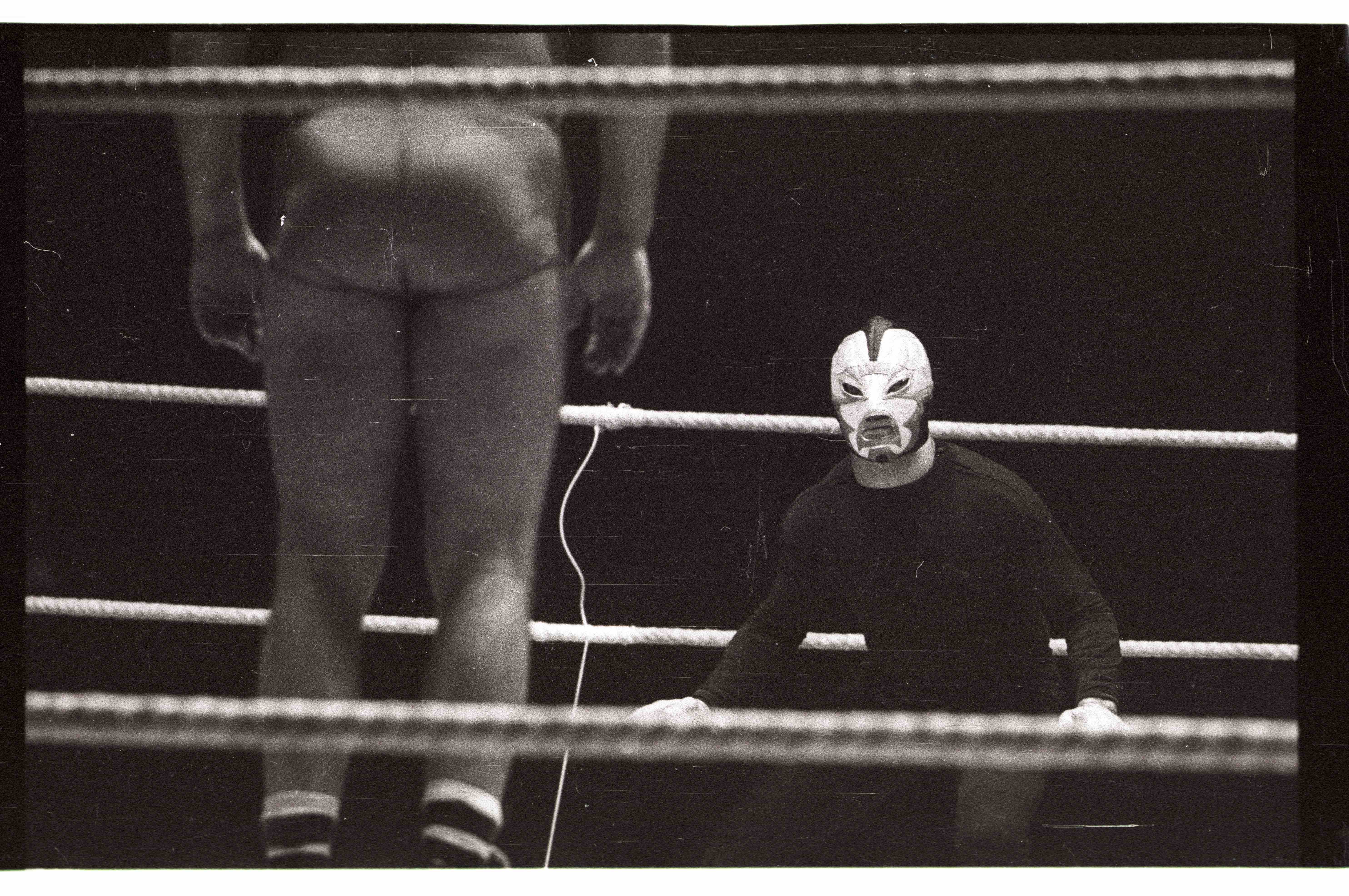 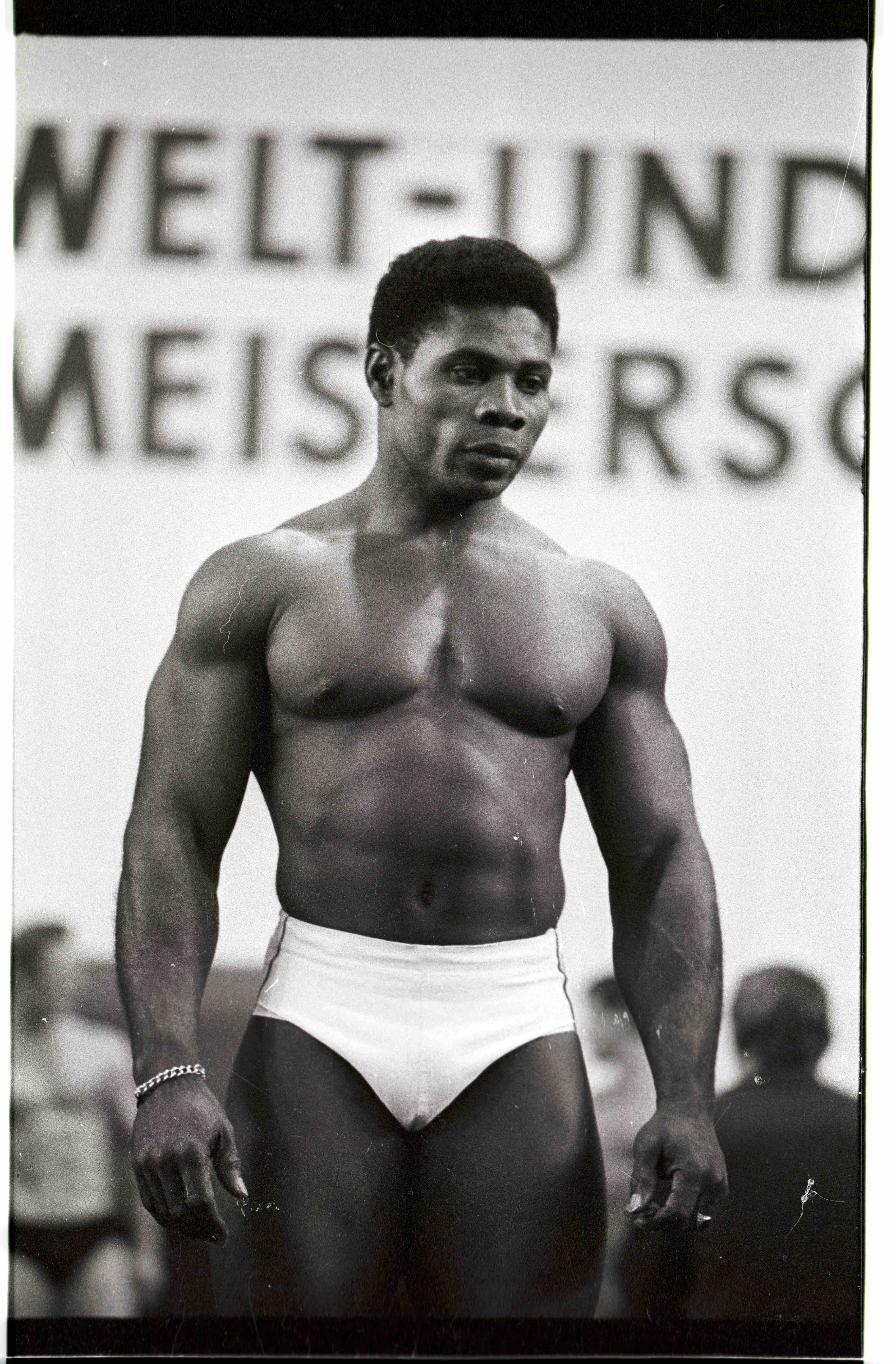 Their love for the camera shows throughout Weinberger’s work, which dates back to the 1940s when he began photographing the Zurich Athletics Sports Association. He later became an honorary member of this club, and helped organise its 75th anniversary.

In 1962, he began photographing for Status Sport and Sport magazine, and started covering noteworthy sporting events including the 1962 motorcycle world championships in East Germany (Sachsenring) and the 1966 Kraftsport-Kulturistik-Europe and World Championships in East Berlin. He also captured almost all Swiss national championships for wrestling, weightlifting, bodybuilding and the traditional sports Schwingen and Steinstossen (stone poking). 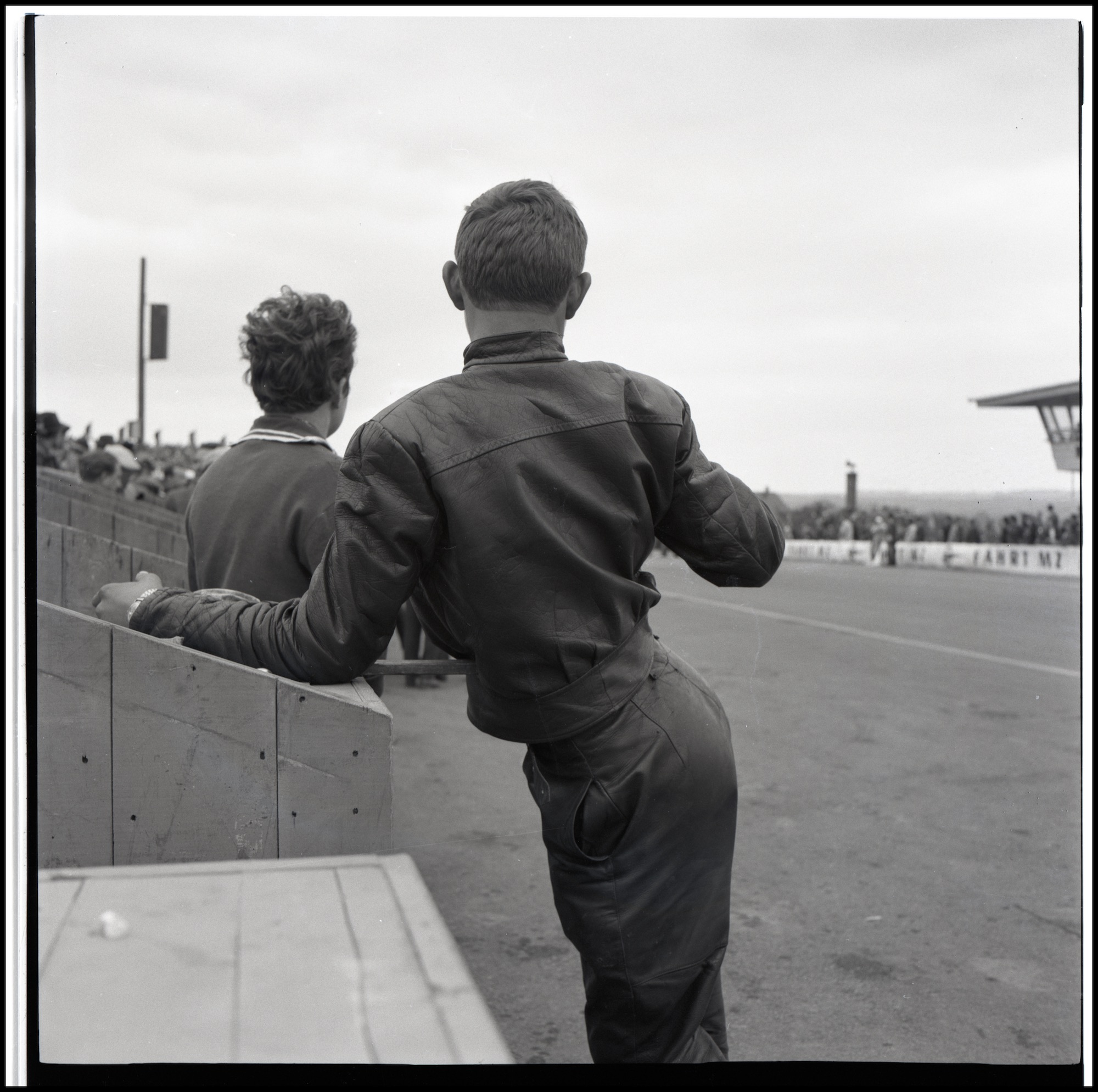 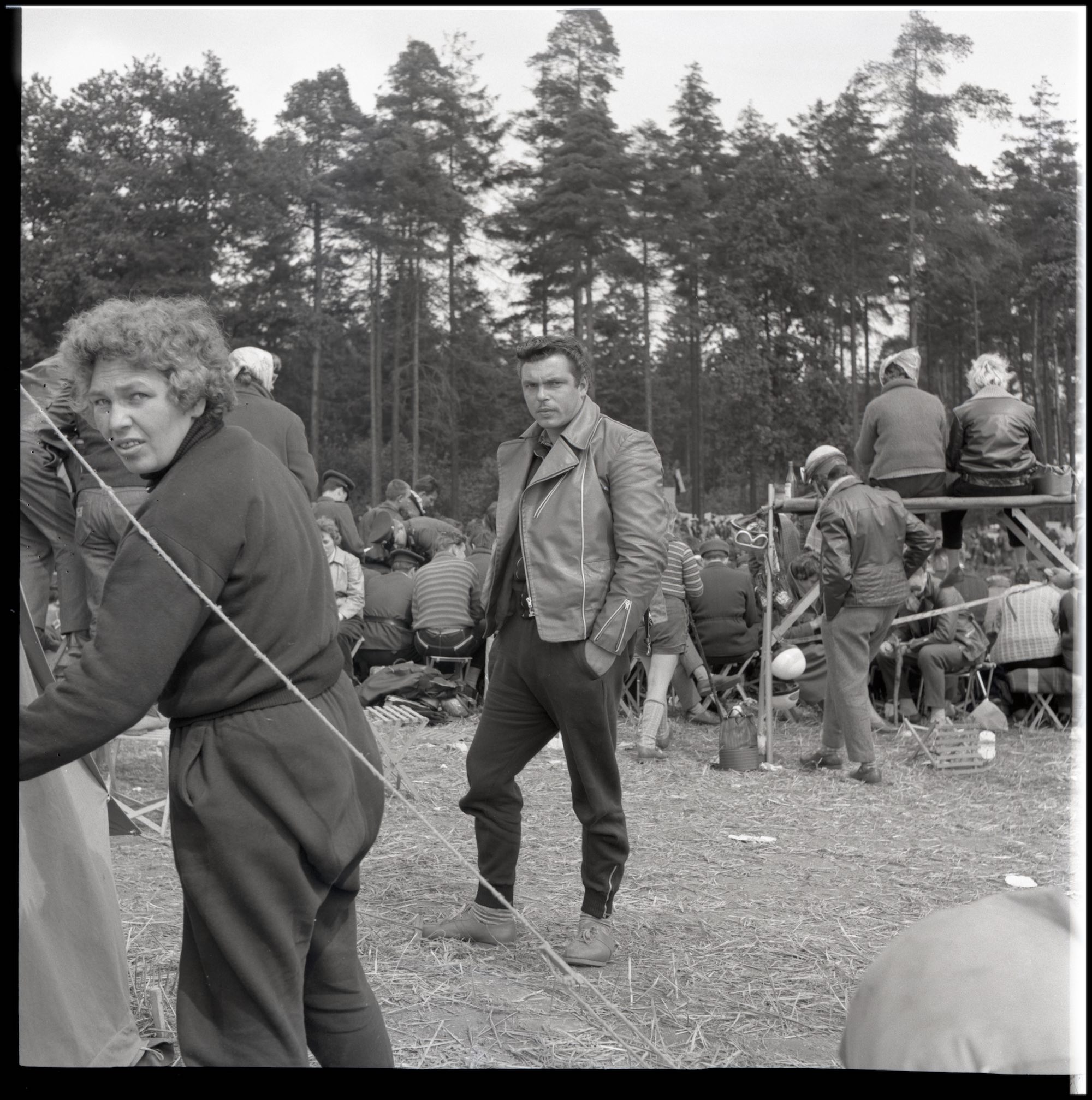 Weinberger’s fascination with the homoerotic infuses every element of his work. Sports is the second of three volumes dedicated to his work, the first Halbstarke (the half-strong), dedicated to teen rebels, and the forthcoming Mediteraneo, featuring photos made in Italy and North Africa between 1955 and 1964.

“In Halbstarke, sexualised corporeality became a program of identity-forming protest against the grey mass of the bourgeoisie,” Schedler says. “The rockers continued this and took youth culture underground.”

“Sports especially interested Weinberger and formed a heterogeneous area, where the physicality unfolded and was visibly and erotically charged. As sports and fitness became commercialised and erotically neutralised, Weinberger lost interest in them. From then on, he focused on the rockers, to whom he remained photographically loyal until his death.” 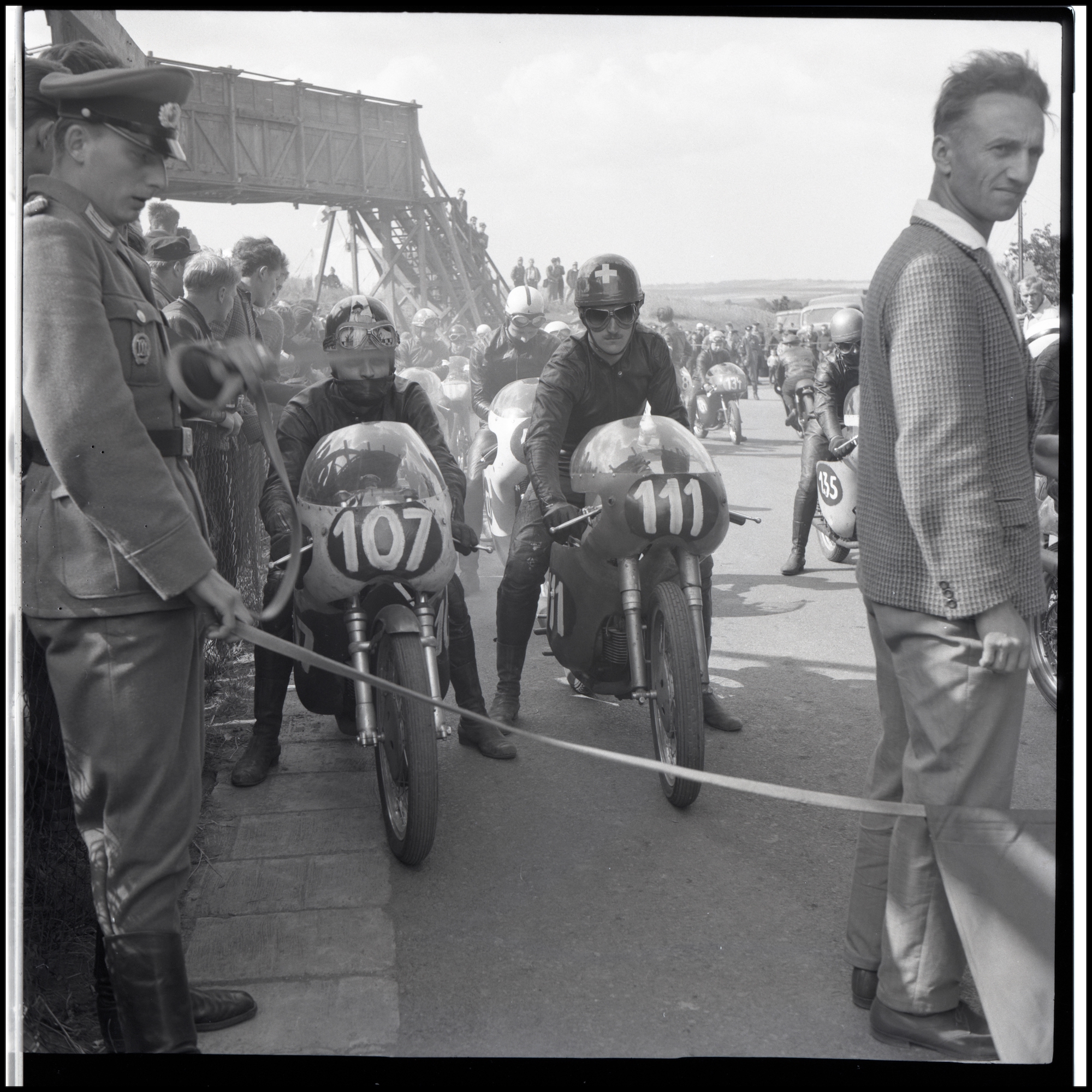 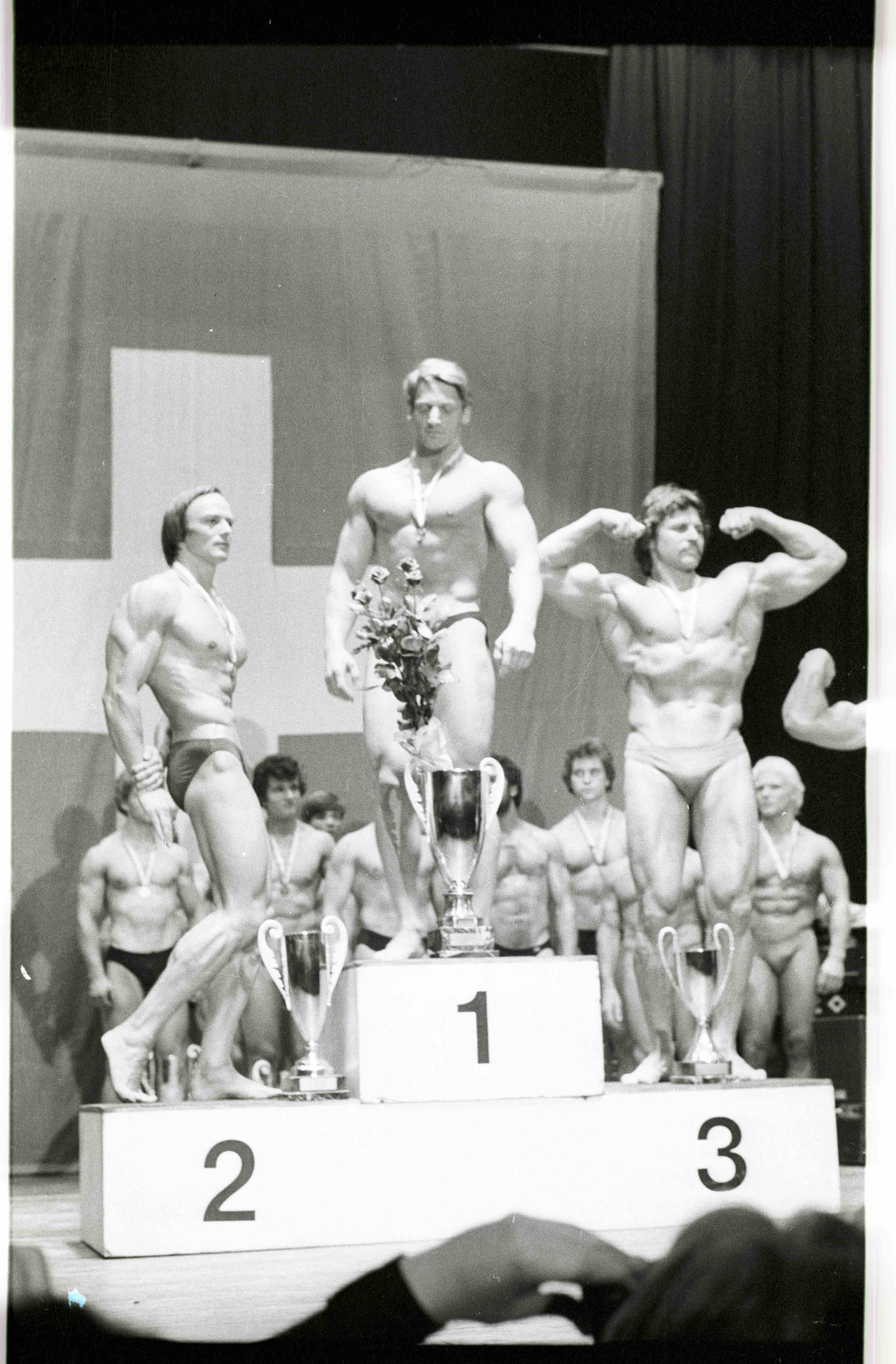 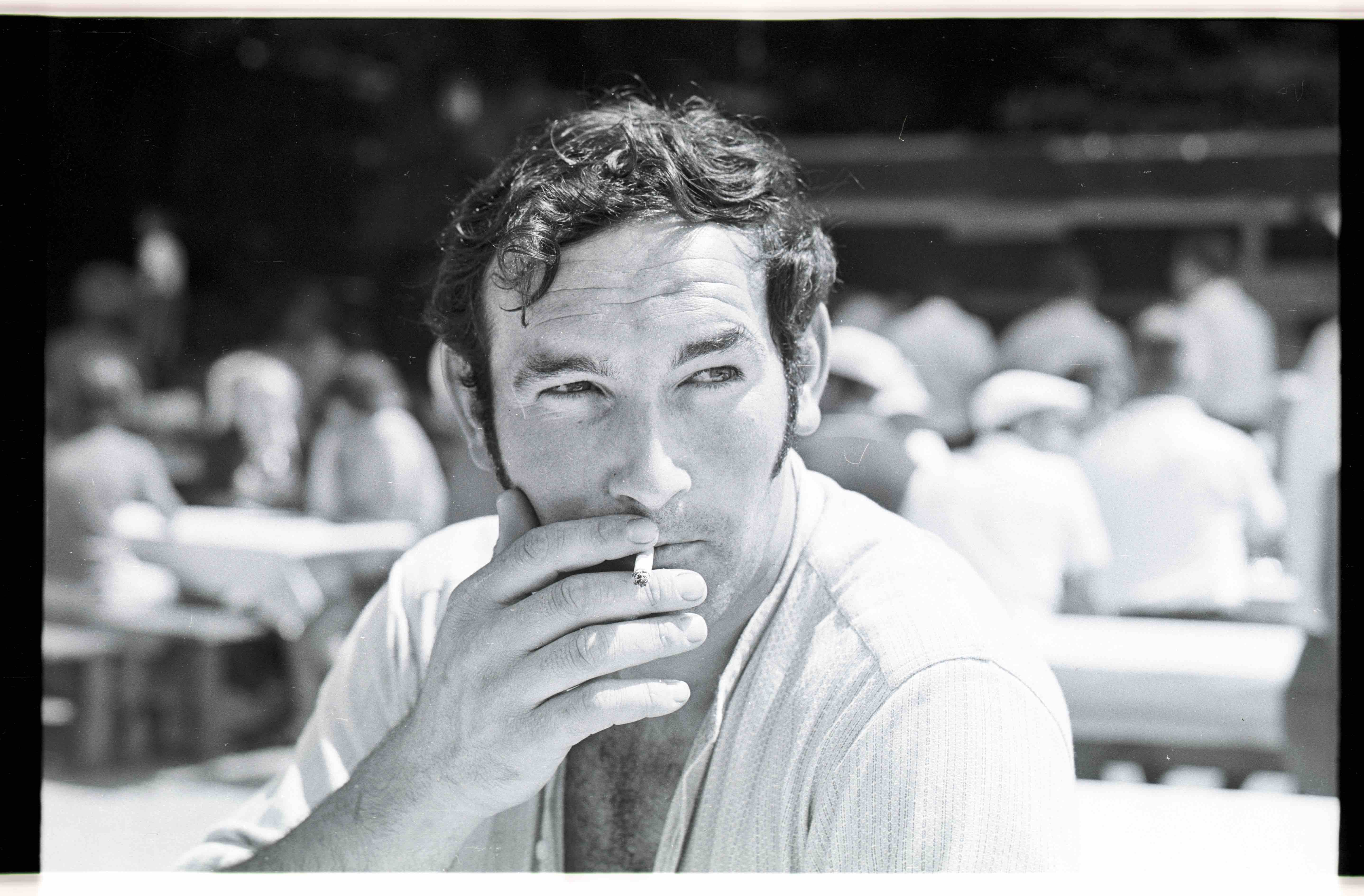 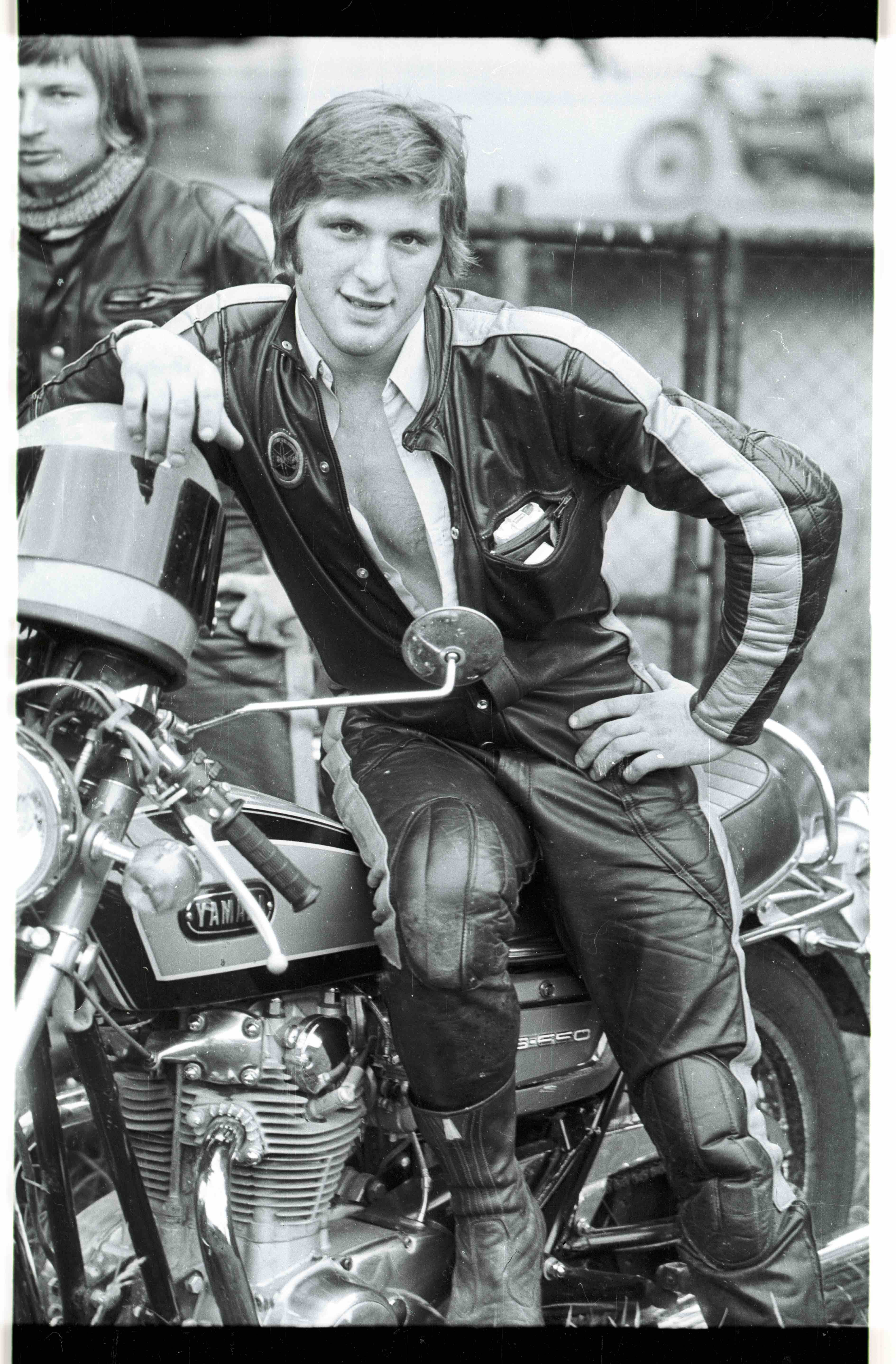 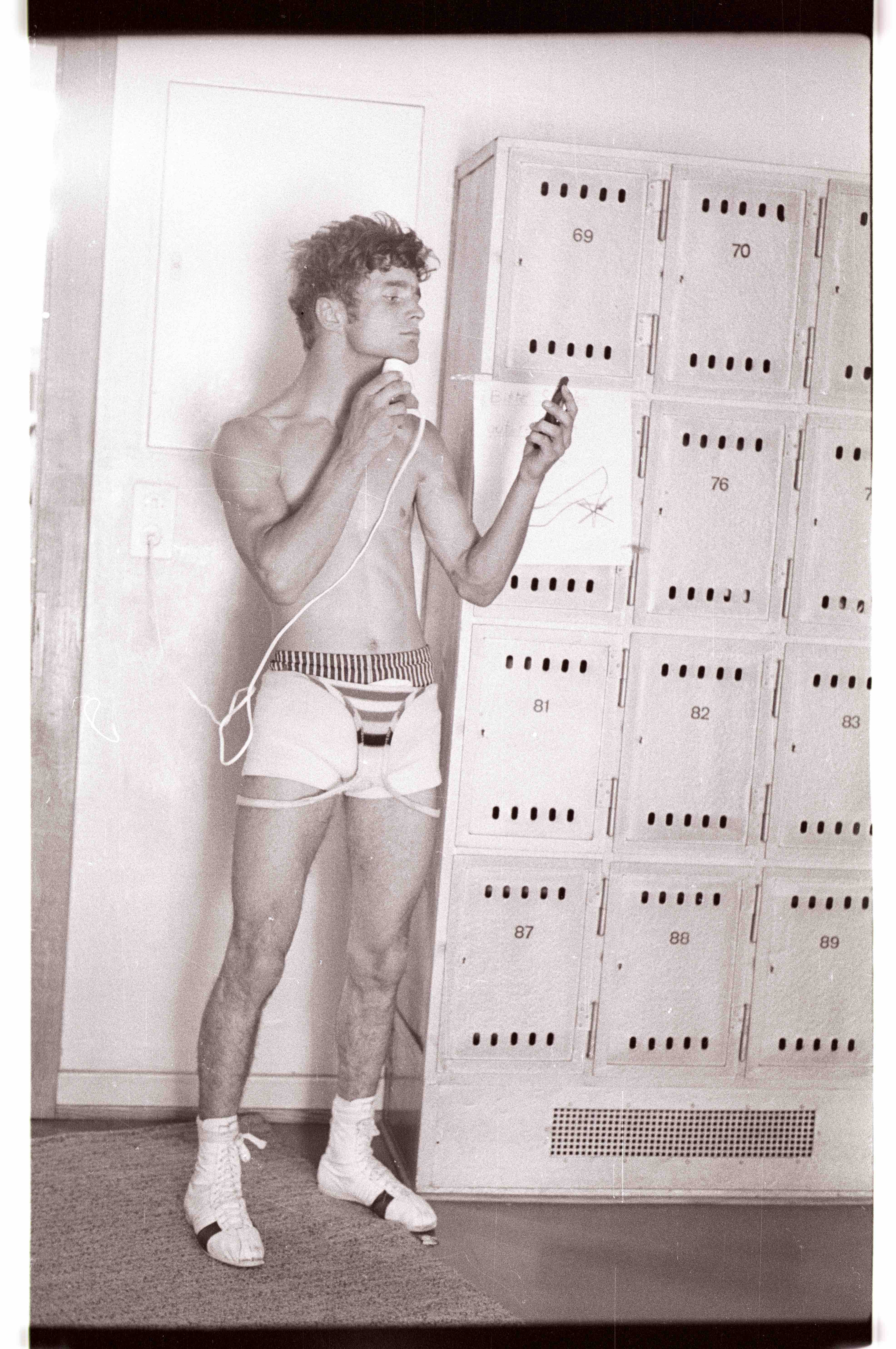 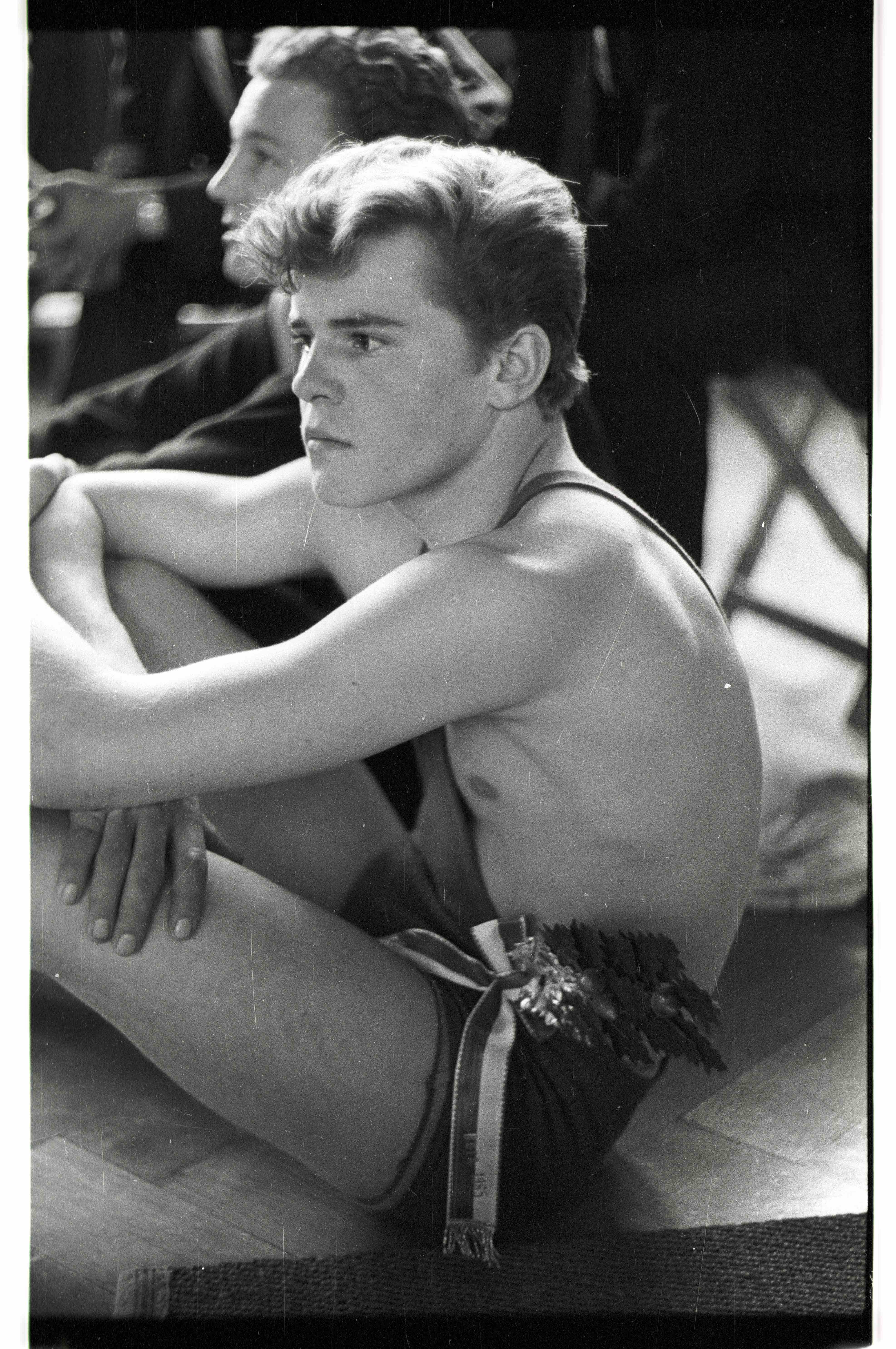 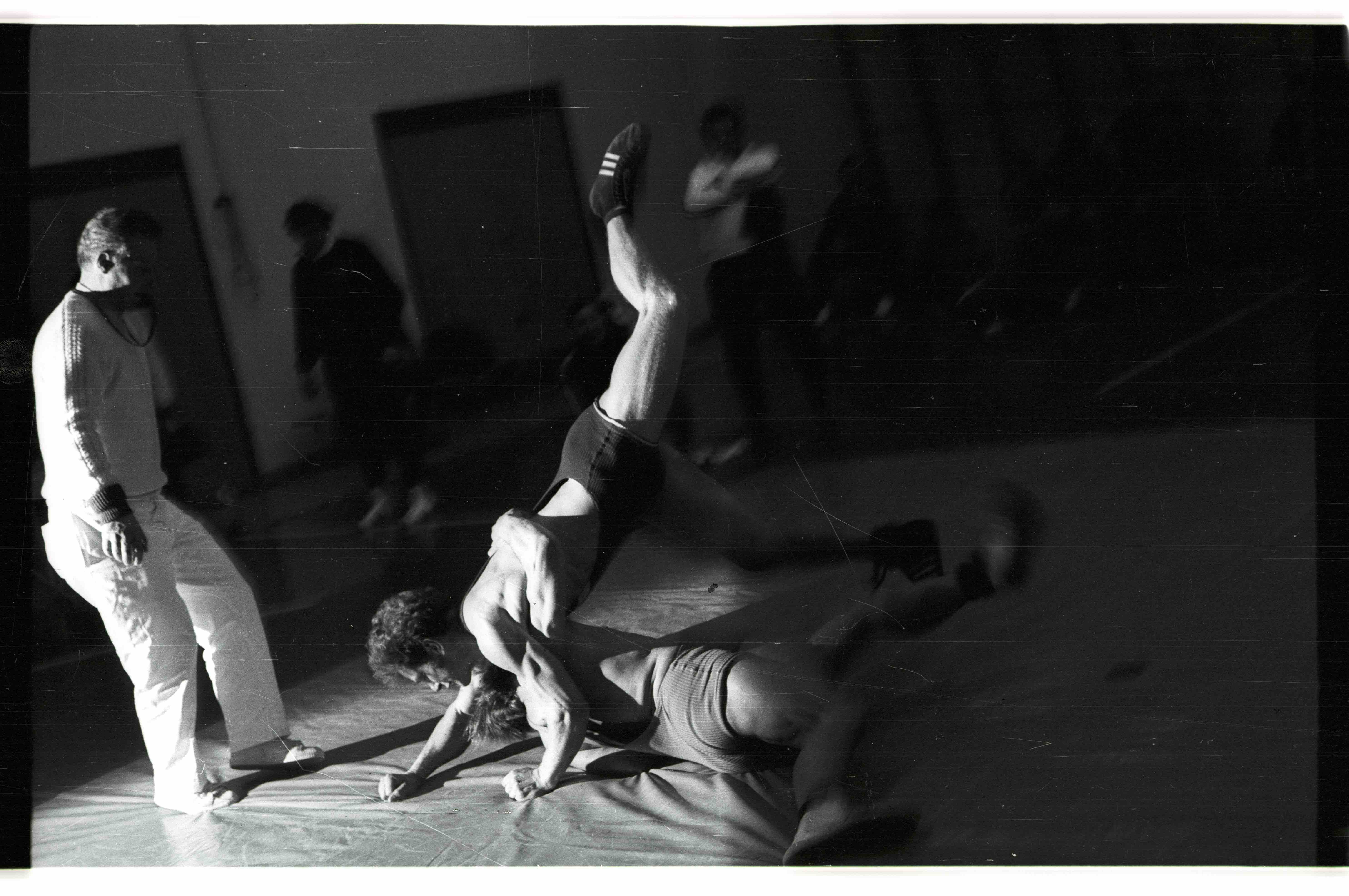 Linkedin
RELATED ARTICLES
OTHER ARTICLES
Freddie Miller’s new series of photographs investigates who today’s trainspotters are and what drives their unfettered enthusiasm.
With inflation now at a 40-year-high of 9 per cent, demonstrations organised by TUC took place to demand action from the government.
Whether it's partygate, the climate crisis or the spiralling cost of living, the fightback begins on the picket lines writes Tommy Vickerstaff
On the fifth anniversary of the tower fire, around 18,000 joined the walk to remember the 72 dead and to demand justice.
Finland-born photographer Sirkka-Liisa Konttinen looks back on her decades-long documentation of life in Northern England.
Photographer David Hoffman recalls documenting the extreme wealth inequality around Tower Hamlets and Hackney int the 1980s.