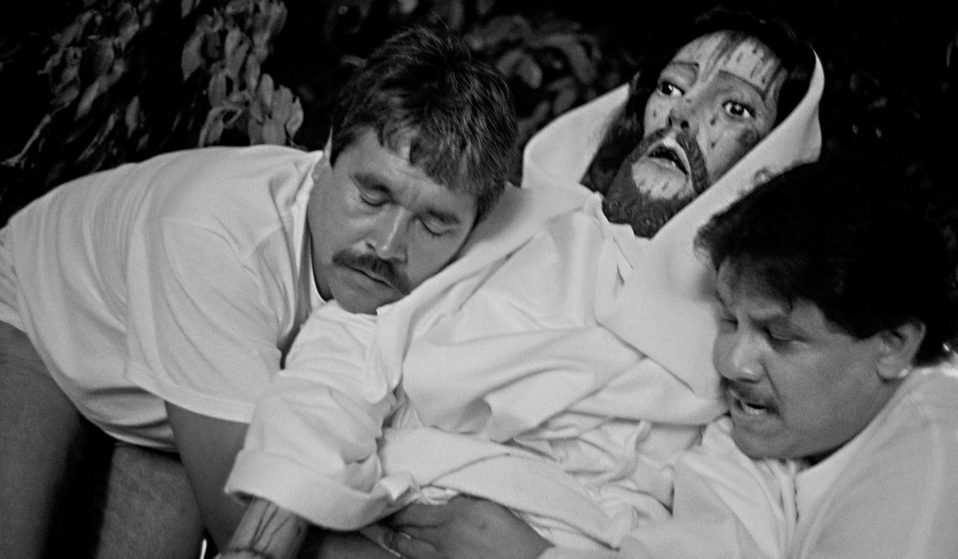 Photographer Harvey Stein captures the myths, mysteries and rituals that surround the Mexican culture of mourning.

Photographer Harvey Stein captures the myths, mysteries and rituals that surround the Mexican culture of mourning.

Harvey Stein first fell under the spell of Mexico as a teen coming of age in Pittsburgh, Pennsylvania. The American photographer dreamed of life south of the border, of a sun-drenched utopia where indigenous and colonial cultures mixed, where life and death met, and where public life on the streets was a photographer’s paradise.

Between 1993 and 2010, Stein made 14 trips to small towns and villages across the nation during key celebrations such as Day of the Dead, Semana Santa (Easter), and Independence Day, capturing the multifaceted glories of public life. In his new book Mexico: Between Life and Death (Kehrer), Stein takes us along on a journey we won’t soon forget.

“I have always feared death,” explains Stein. “I thought Mexico dealt with dying in a more sensible way than we did.” 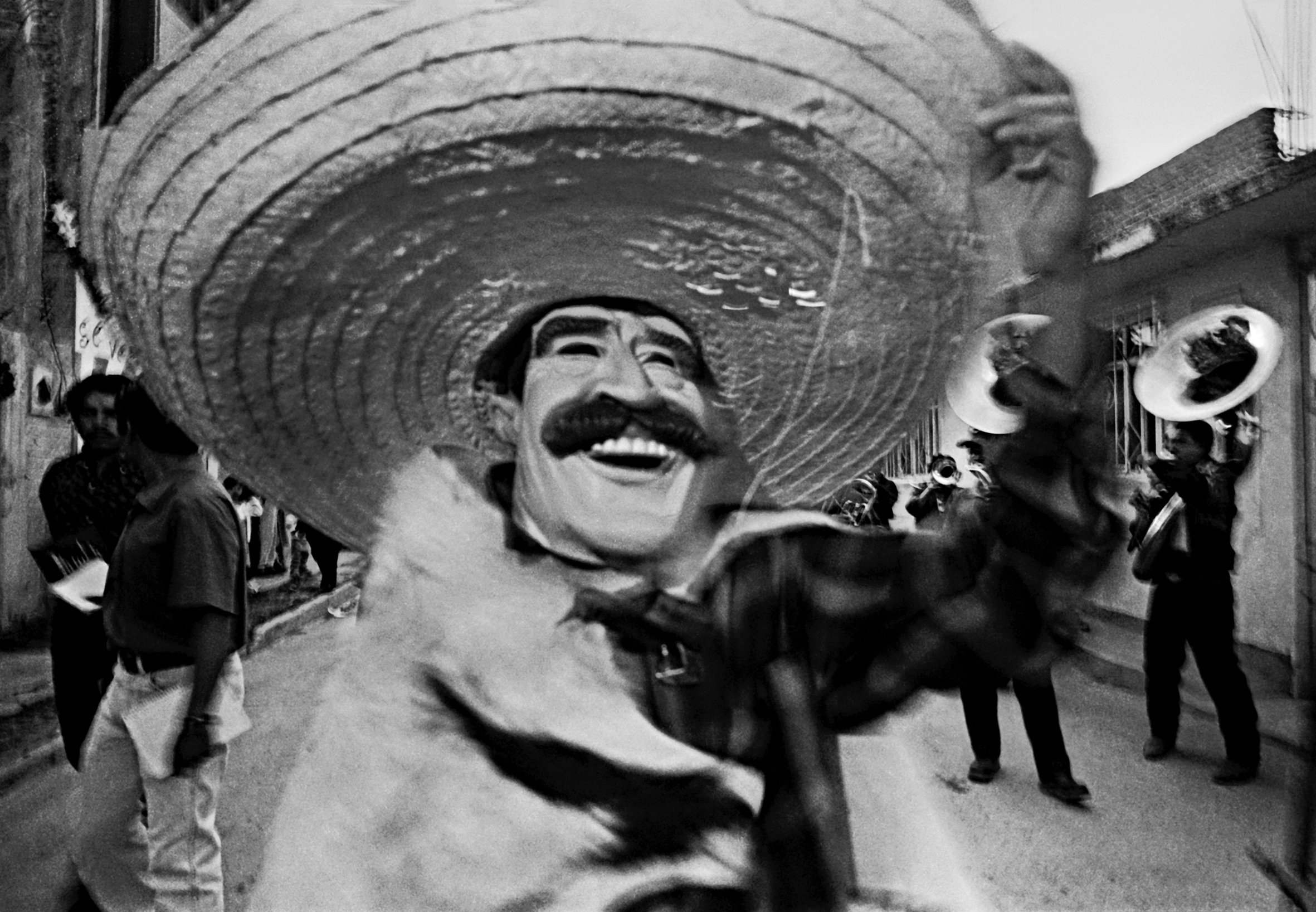 “Death is seen as a passage to another, more reasonable life. They revere the elderly; they don’t hide away their family in old age homes. They celebrate death and welcome their dead ancestors back into their lives. Mexicans often view death as a natural part of life and their rituals and myths all celebrate it.”

“Festivals, parades, and local events are a way into the culture and a way to photograph strangers without a lot of pushback. People are open, happy, and are mostly glad to see you – even with a camera. They are acting out, performing, having fun, but often are serious about playing the various roles that are dictated by their costumes and the meaning of the event.” 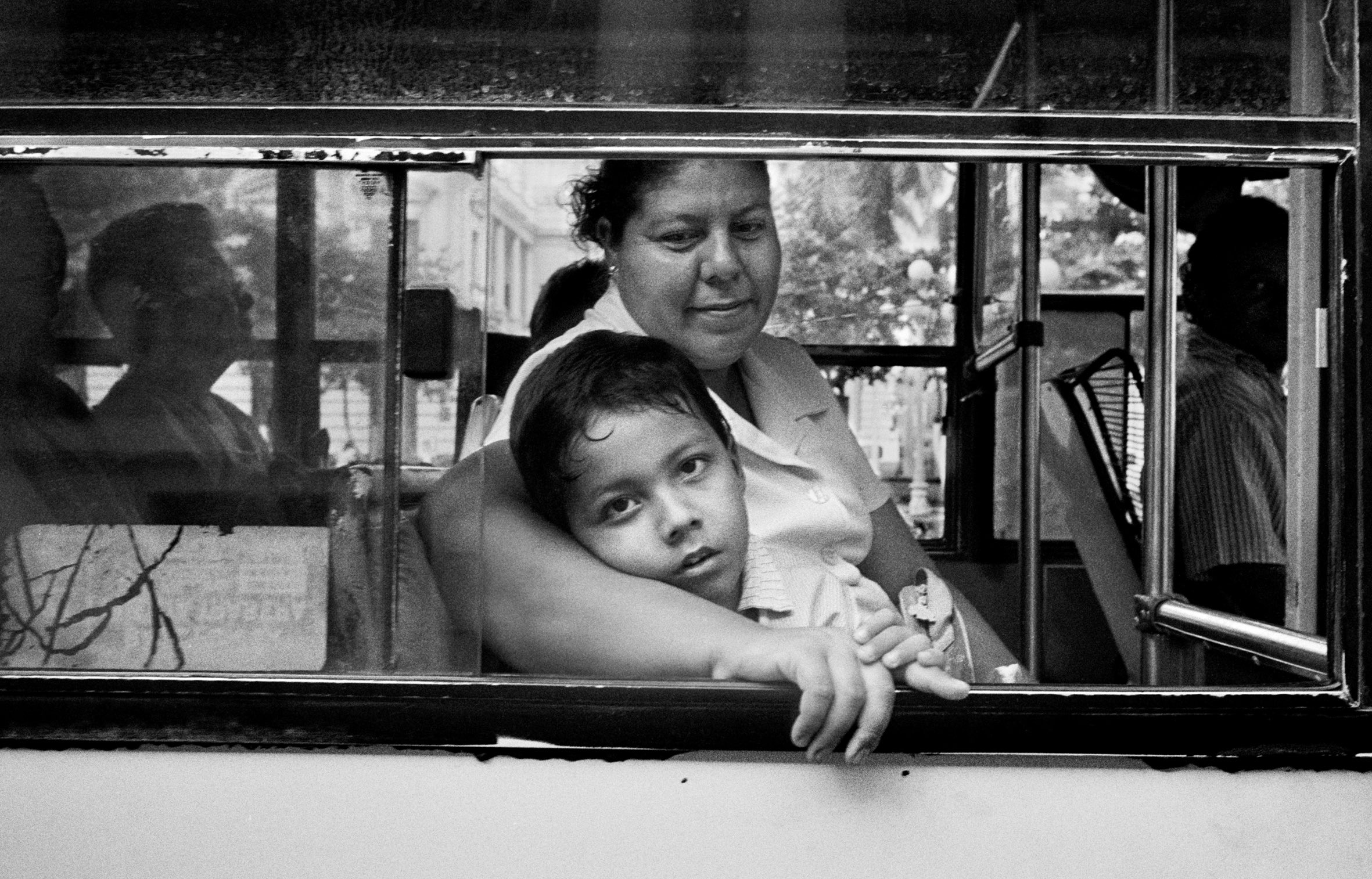 This energy flows throughout the book, as we come upon a magnificent array of characters who are giving themselves over to the spirit of the day. “I have found festivals to be particularly soulful, religious, and serious,” Stein notes. “The silent procession in the city of Queretero during Semana Santa, stemming from the 14th century, is acutely mournful. The only thing heard is a persistent drumbeat. The sizeable audience is mostly silent and looking on with reverence.”

As Stein does not speak Spanish, his interactions with the people are purely body language, gesture, and expression. “Photography heightens my perceptions and awareness and I use the camera to meet people. I try to be close to subjects and have them know that I am photographing. I feel this makes me more aware and sensitive to the situations and people I see, and results in what I consider stronger and more meaningful images.”

In Mexico: Between Life and Death, Stein reconciles the paradoxes of Western thought by showing that duality is a false construct. Here, it is not the false binary of “life or death” but rather the inclusive, holistic understanding of the complementary nature of opposites. It is the inclusive “and” that removes conflict, and allows us new levels of perception. 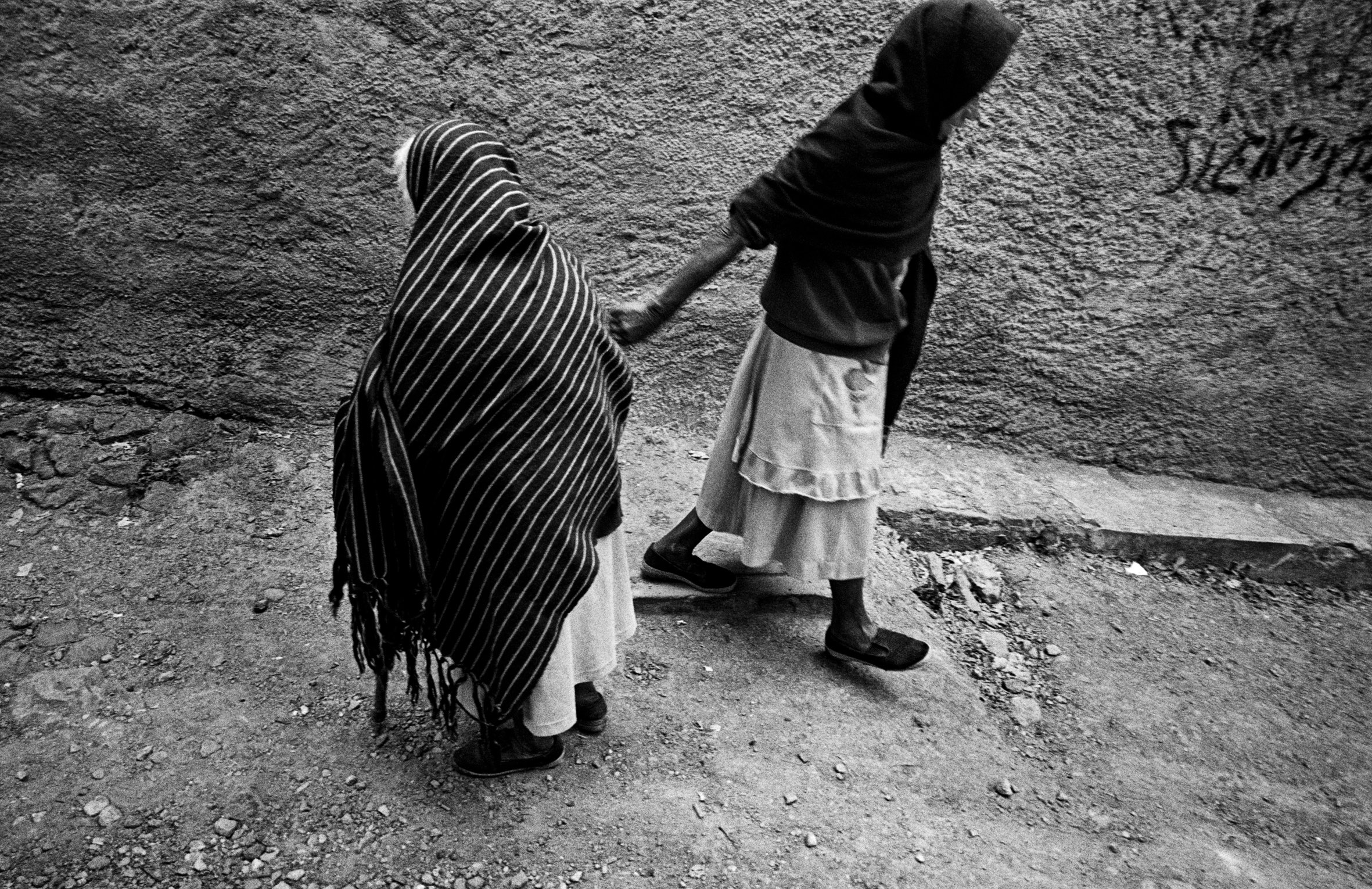 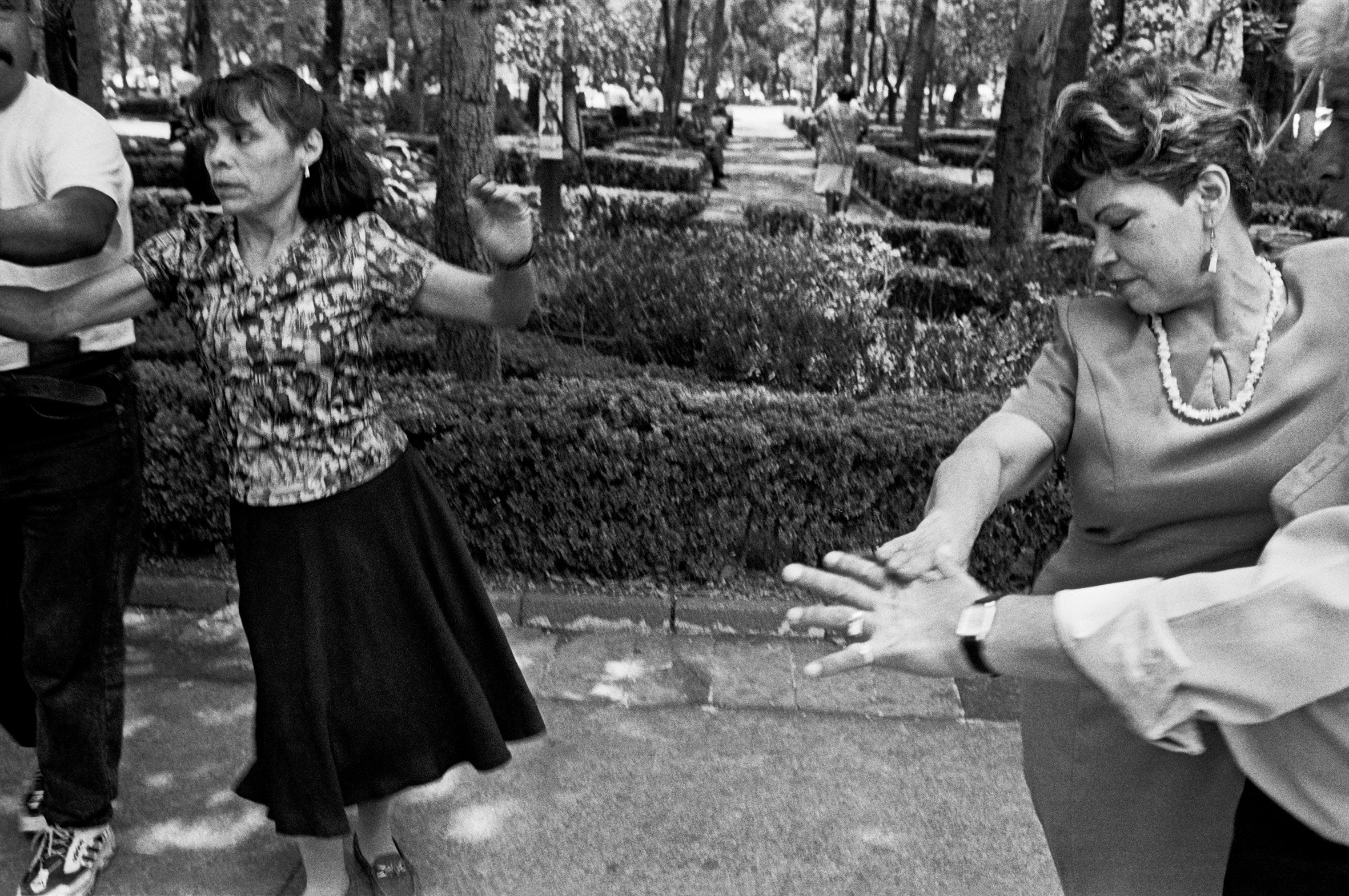 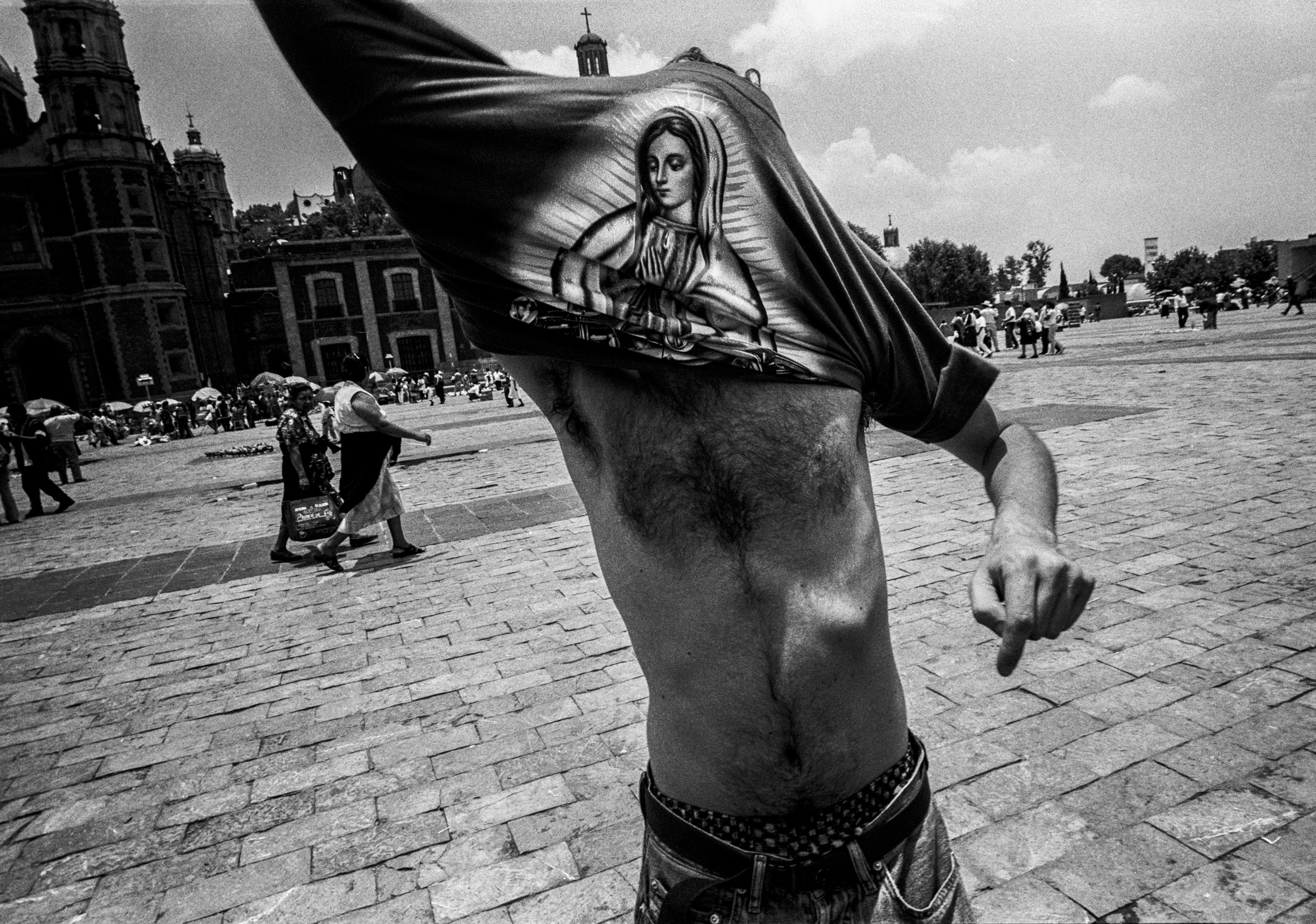 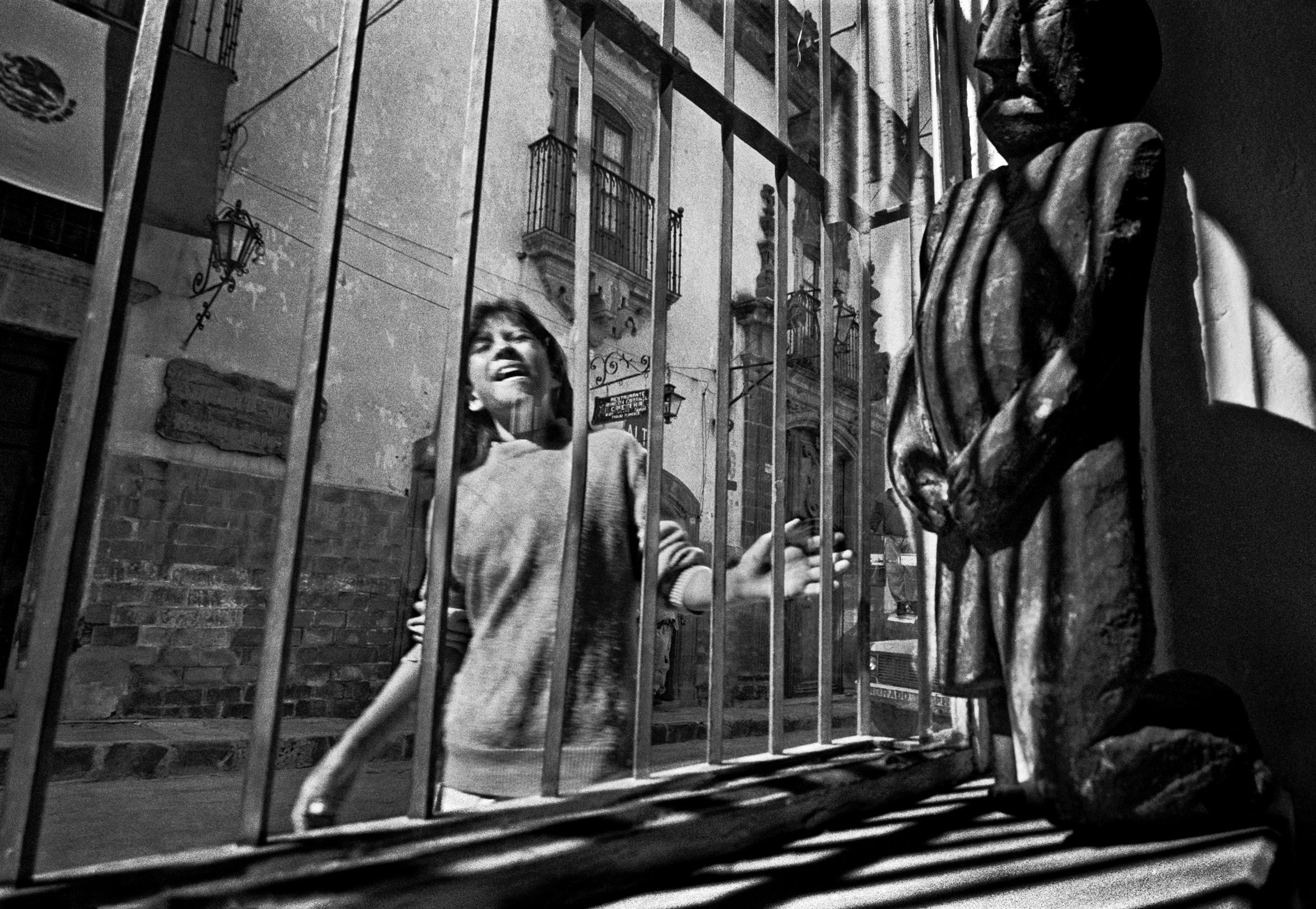 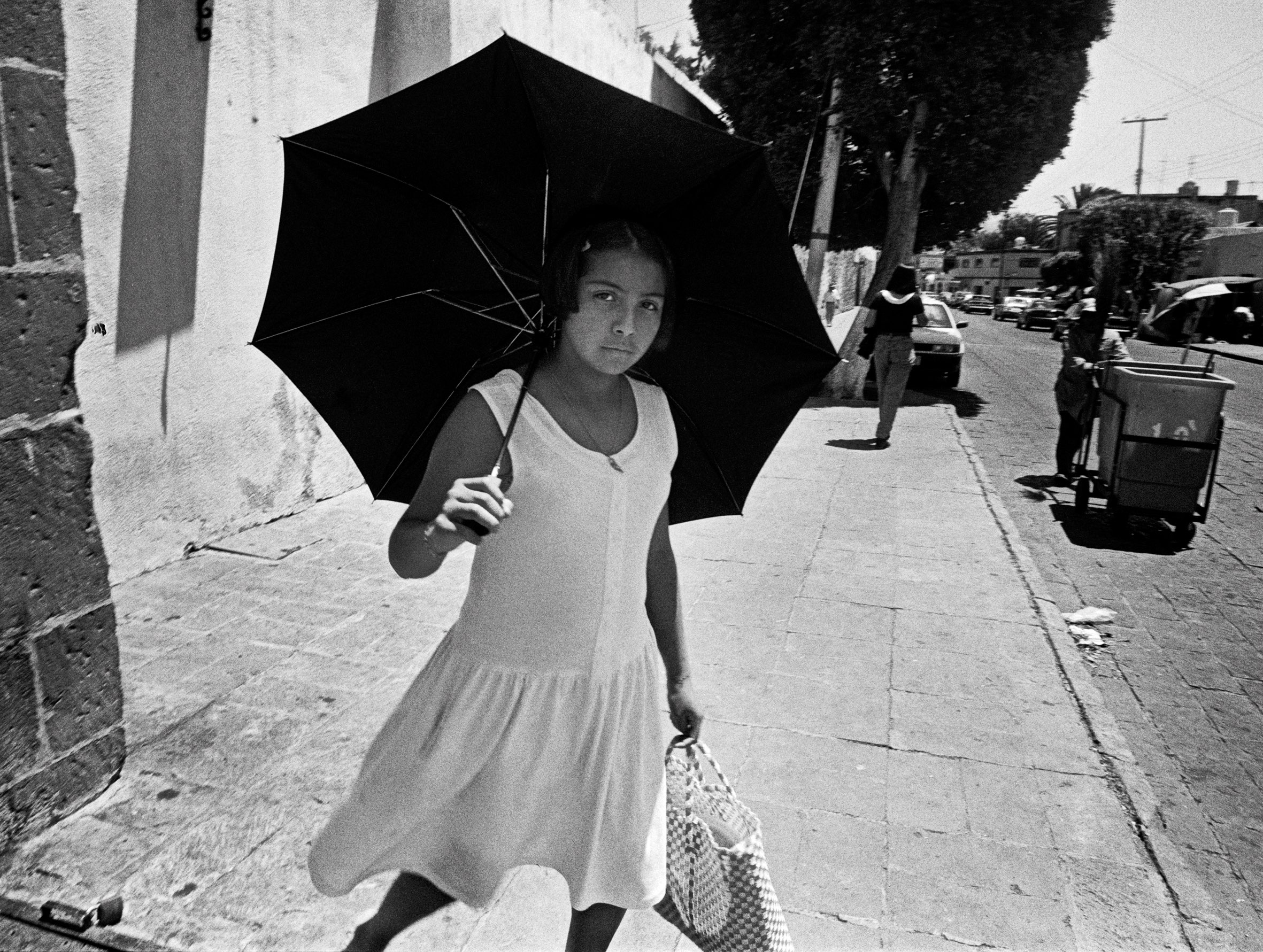 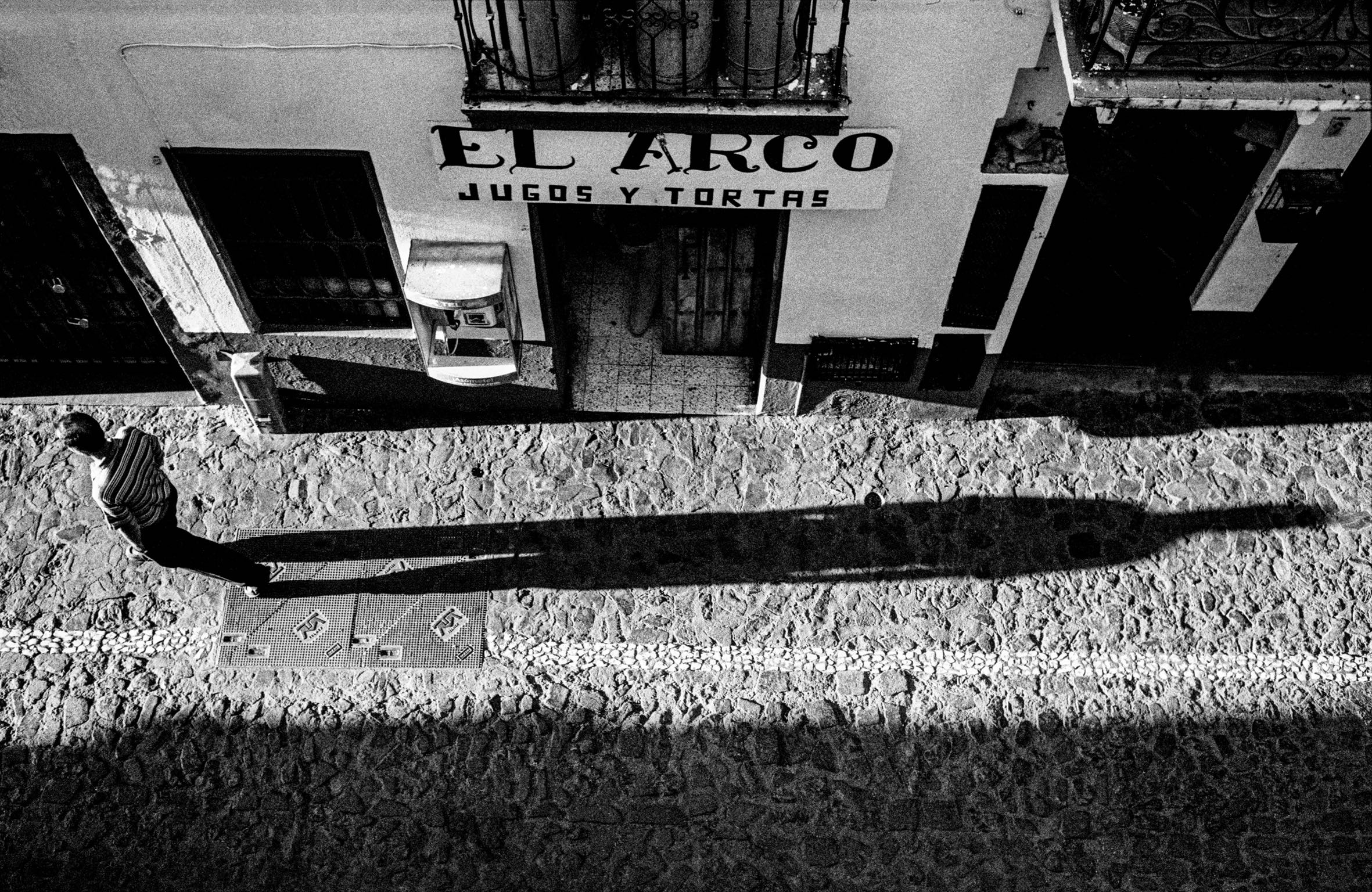 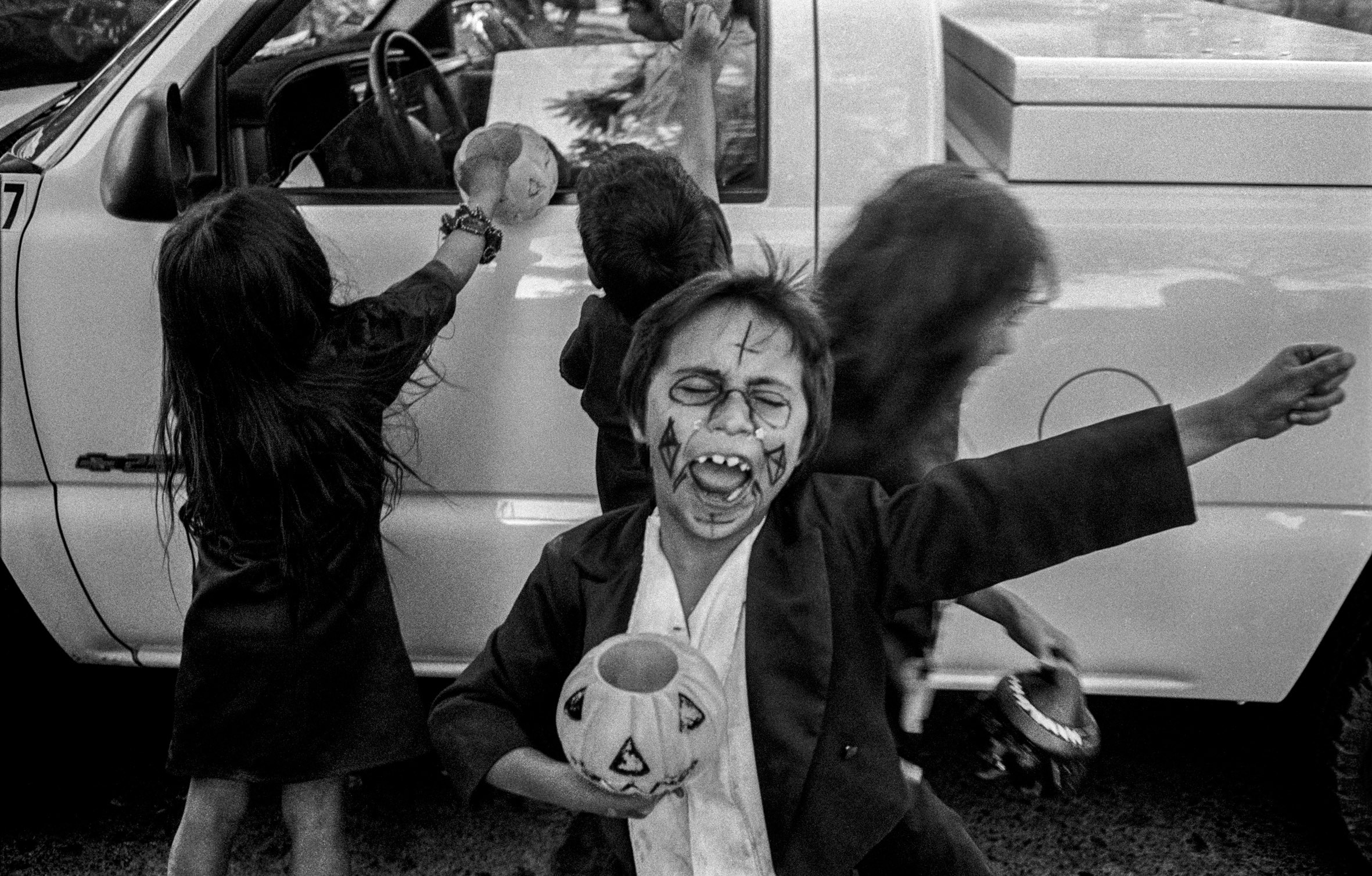 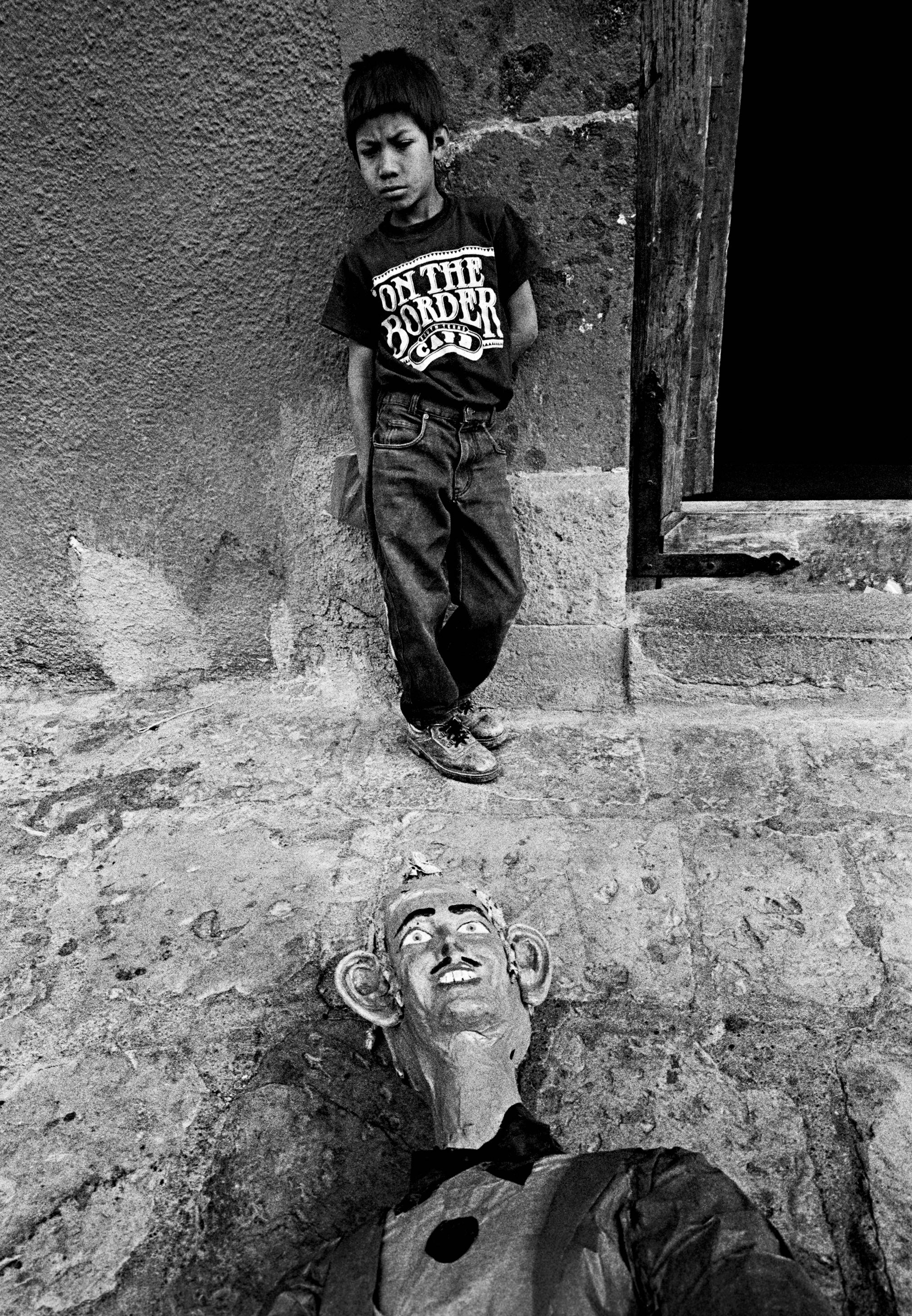 Mexico: Between Life and Death is available now on Kehrer.

Linkedin
RELATED ARTICLES
OTHER ARTICLES
The two-day long event returned to London this year, showcasing a spectacular parade, steel bands and Caribbean food.
A group of young Palestinians have found temporary freedom in the act of parkour, reimagining wreckage and ruins as a series of high-octane playgrounds.
Following the announcement of an 80% hike in the energy price cap from 1st October, crowds gathered outside the offices of energy regulator Ofgem to protest and declare their intention to undertake a payment strike.
The idea that a younger generation is abandoning work has become a popular narrative online, but it doesn’t necessarily reflect reality.
The workforce is now gearing up for industrial action after receiving a measly pay rise, reports Ella Glover.
By turning a real-life crisis into daytime television fodder, TV bosses have once again shown themselves to be completely out of touch with audiences.