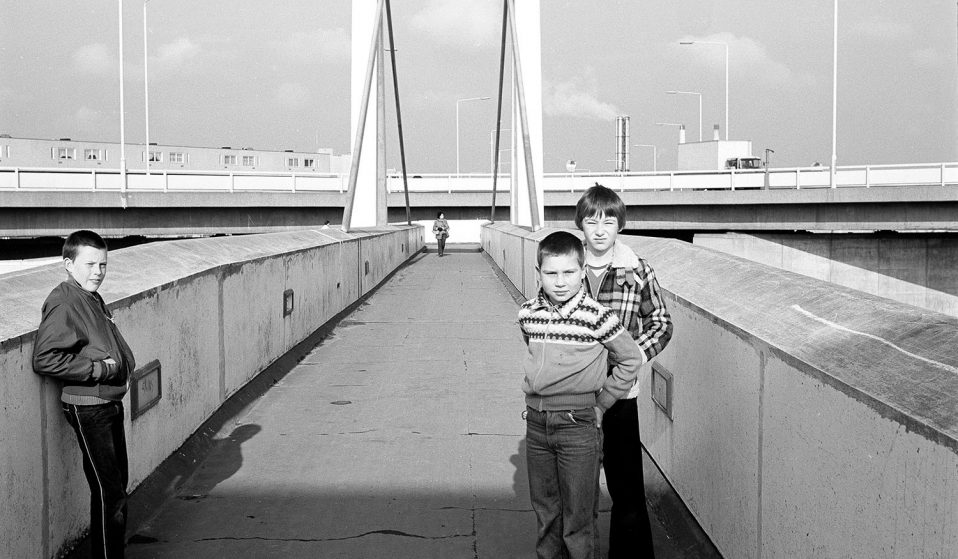 Though filmmakers have used it for dystopian settings, Thamesmead was originally envisioned as the future of architecture. Now, a new book is celebrating its unique history.

Despite providing the dystopian backdrop for A Clockwork Orange, Thamesmead was originally envisioned as a bold new future for London housing. Now, a new book is celebrating its futuristic beginnings – and looking ahead to what comes next.

Evidently, there’s something dystopian about Thamesmead. Stanley Kubrick used its backdrop to ominous effect in A Clockwork Orange, while Chris Cunningham picked it as the nightmarish location for the Scariest Music Video Of All Time (Aphex Twin’s ‘Come To Daddy’).

Funny then, that the thinking behind its creation was distinctly utopian. Envisioned as a daring new chapter in London housing, the district rose out of the Erith Marshes in the late ’60s, heralded as a ‘town for tomorrow’ due to its bold and experimental design. For many, with its modernist concrete structures, it signalled the future of residential architecture.

But by the ’80s, opinion had turned against the ideas that drove Thamesmead’s inception. The modernist designs – elevated homes, high-level walkways, the prominence of surrounding water as a “calming influence” – were replaced by traditional red-brick homes and the original buildings fell into disrepair. In the ’90s, blocks of private flats followed, completely changing the face of what had previously been a council-run town. And that’s where the dystopian stuff started to come in. 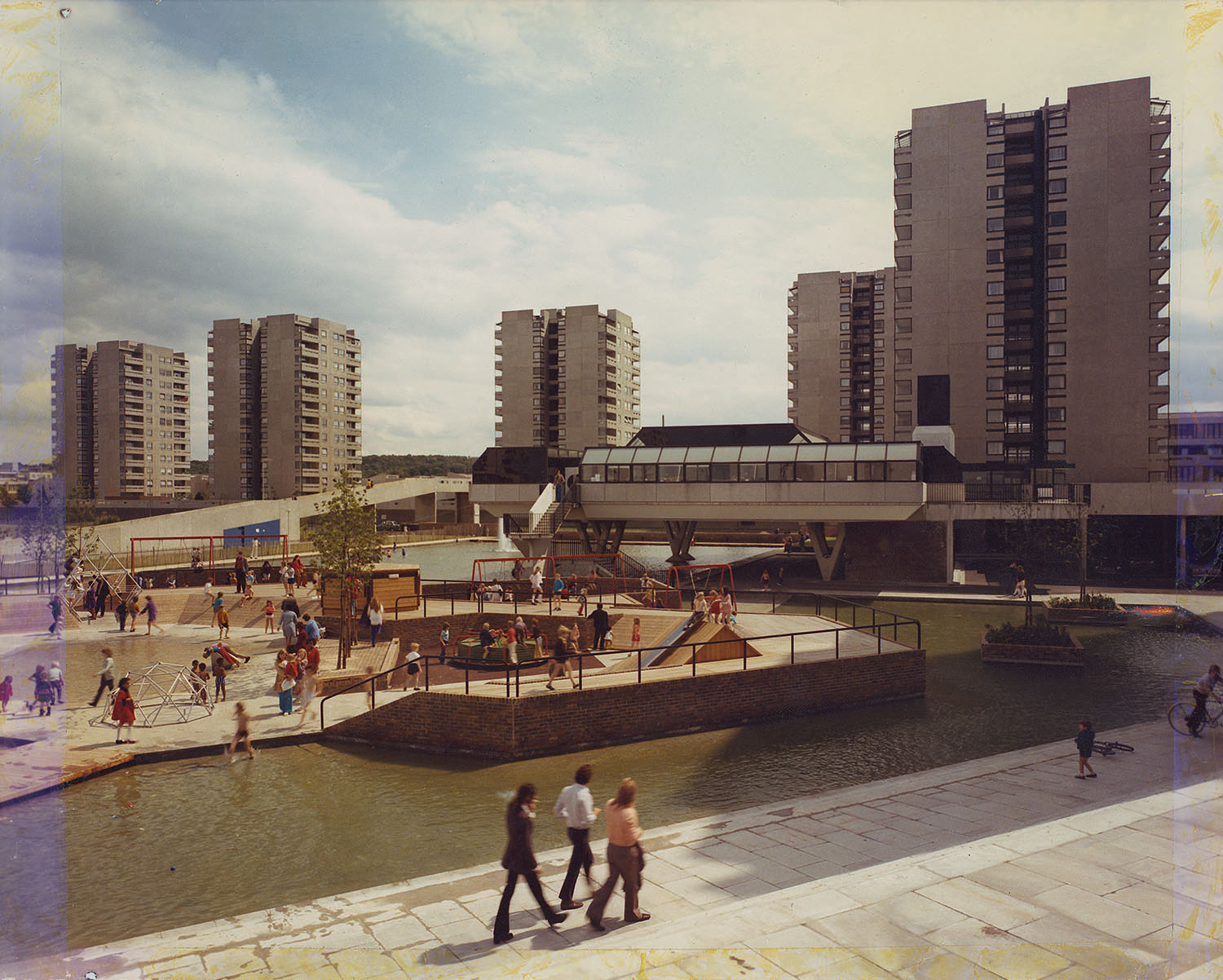 Today, however, things are changing. Peabody – the new housing association behind the running of Thamesmead – are embarking on an ambitious regeneration plan, which will see the original modernist areas redesigned and reconnected with the rest of the town. In conjunction, a new book – titled The Town of Tomorrow: 50 Years of Thamesmead – is celebrating its forgotten history, as well as looking ahead to what comes next.

“The aspirations of the GLC [Greater London Council] from the outset championed a new healthier utopian lifestyle,” explains co-editor Peter Chadwick. “From the first stages of homes built in the late ’60s and early ’70s, to the location of the development – which sits directly on the Greenwich and Bexley borders surrounded by an abundance of green spaces.”

“Add in the new lakes, canals and its proximity to the River Thames, and it was clear they aspired to design and build a new town for tomorrow.” 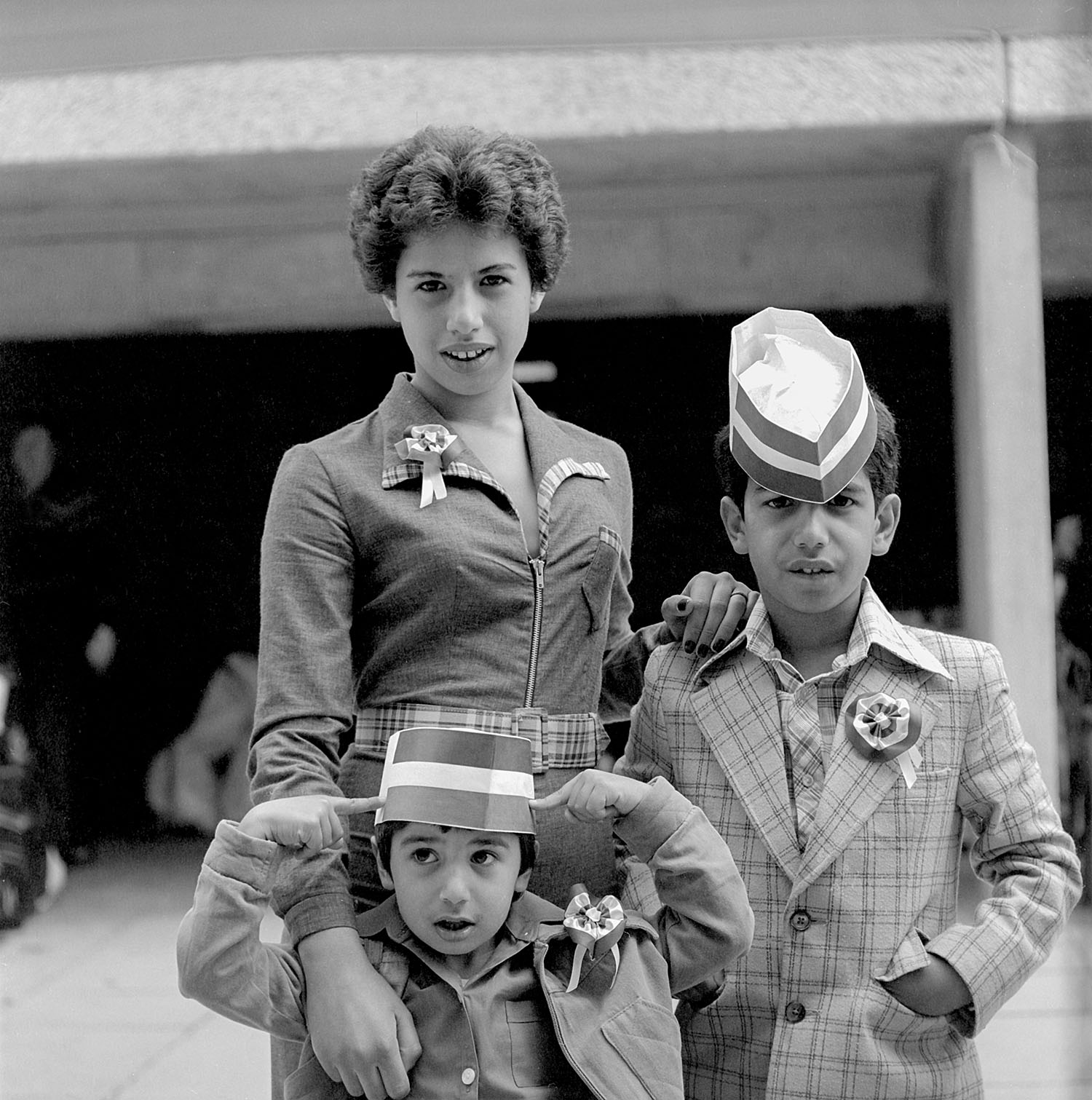 Sheniz Bayraktar (née Mehmet) with her brothers at a celebration of The Queen’s
Silver Jubilee in South Thamesmead. 1977 Photography © George Plemper

Combining archive imagery with newly commissioned photography shot by Tara Darby, the book operates as a social history of Thamesmead and its futuristic beginnings. Presented alongside original plans, models, postcards, reports and interviews with residents new and old, it’s an illustration of the links between people and the architecture that surrounds them.

“Separated by a couple of decades, it would be fair to say Kubrick was initially attracted by the stark utopian backdrop and Chris Cunningham by its 1990s dystopian decline,” Chadwick adds.

“But Thamesmead is now managed by Peabody housing, plans are in place that include the remodelling of areas of south Thamesmead in and around Southmere lake. With a Crossrail station opening nearby at Abbey Wood, I think it has a bold new future.” 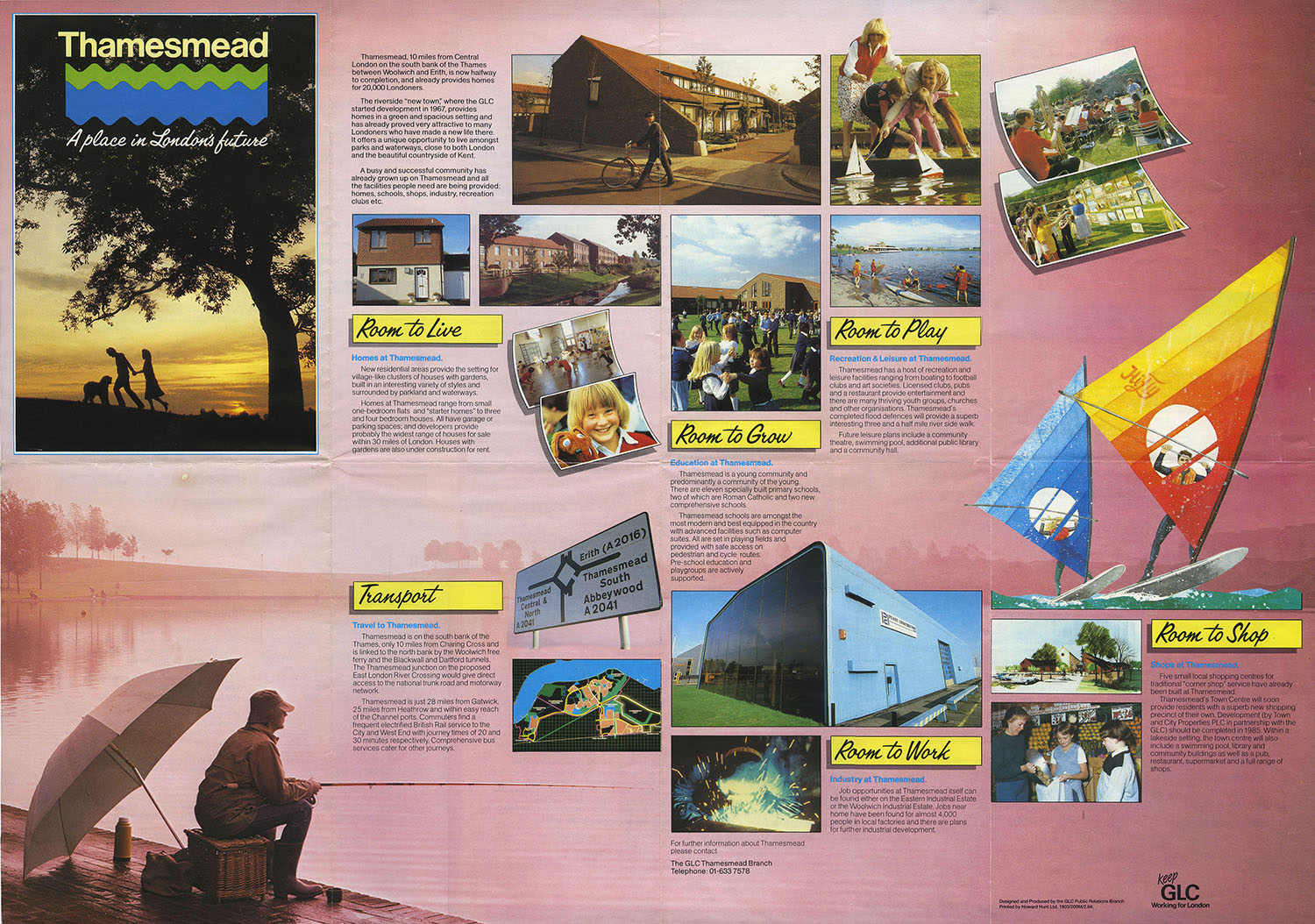 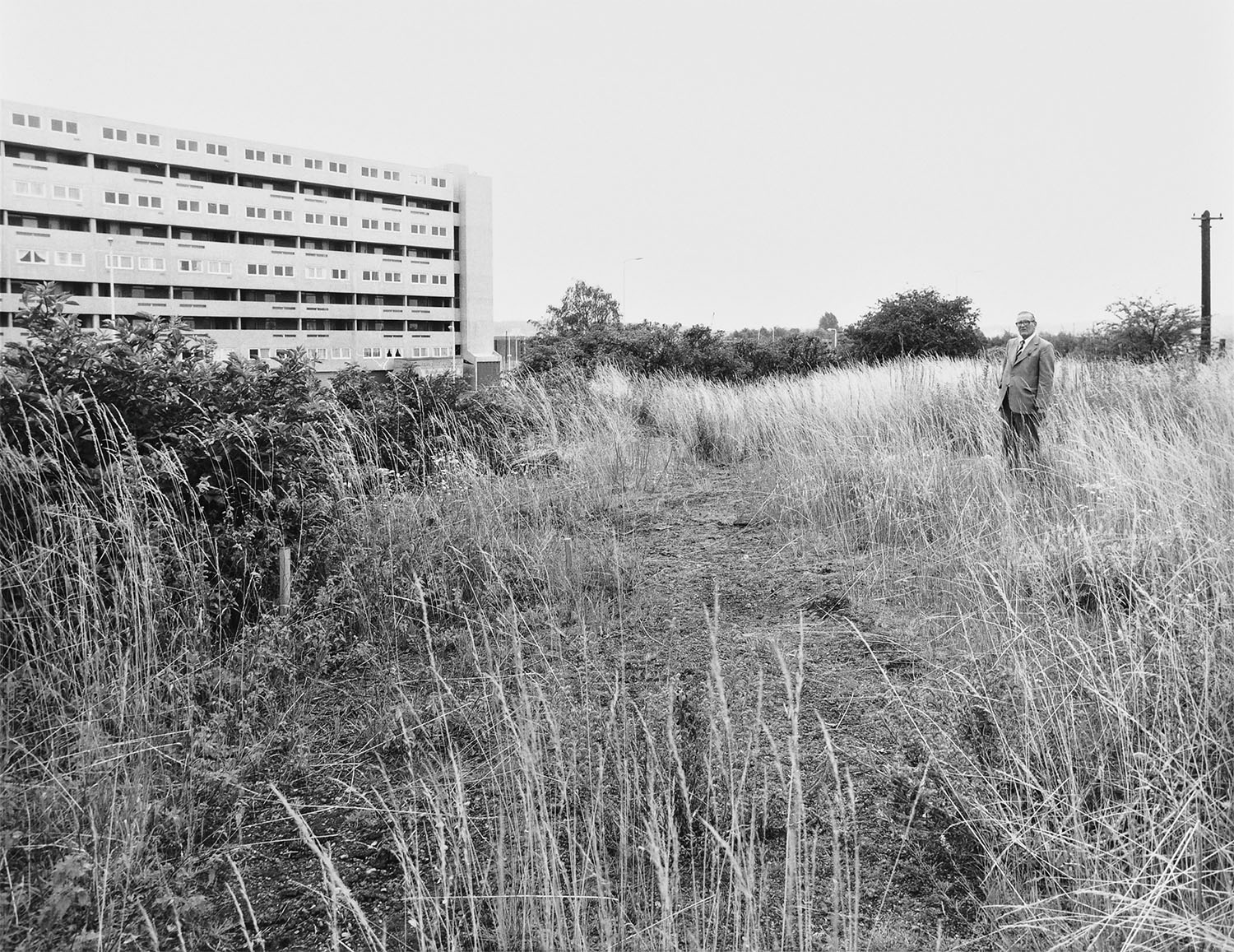 Open space available for development in Area 3, with Beveridge Court, The Moorings, on the left. 1977 © London Metropolitan Archives 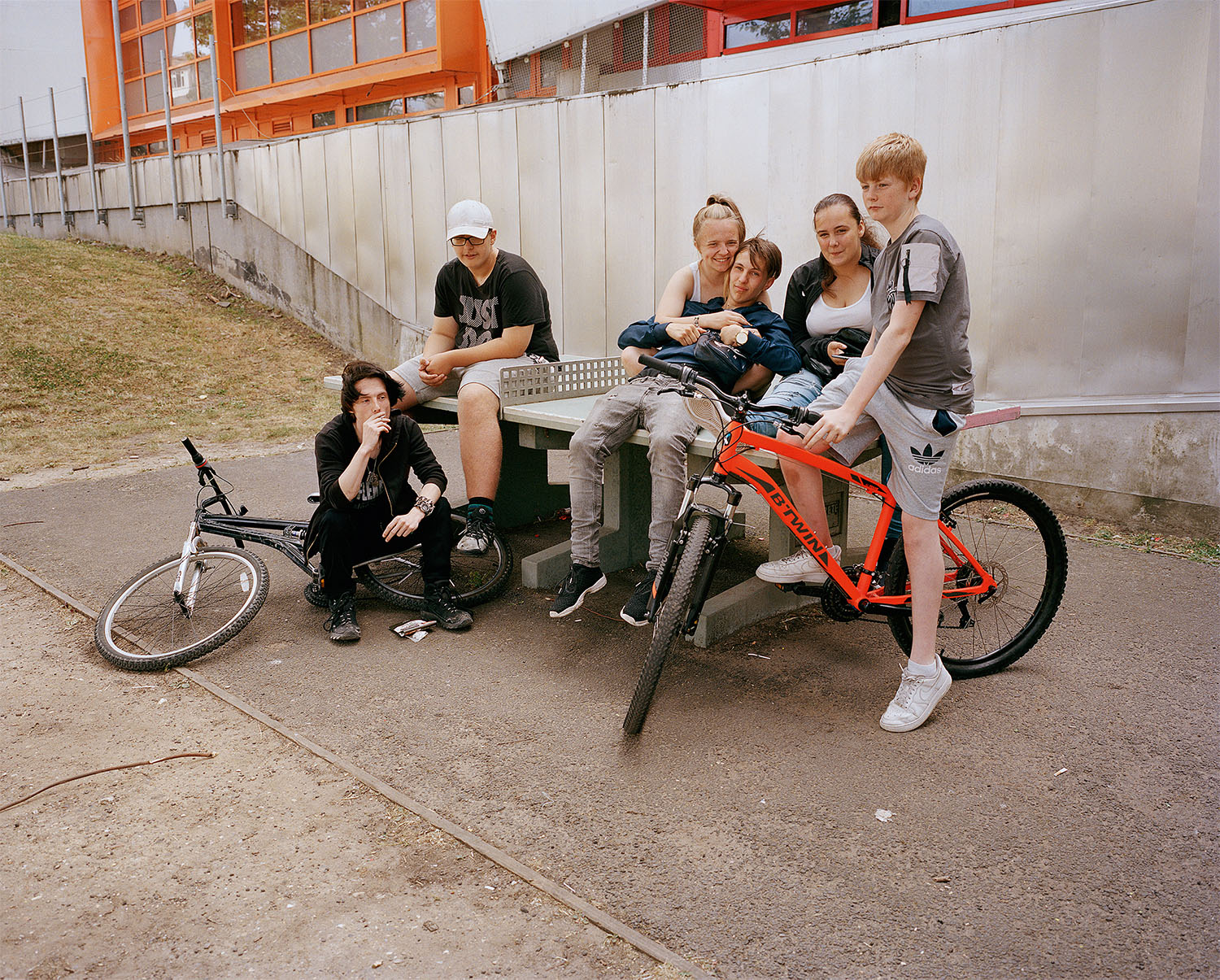 Ellie (third left) with Brandon, Luke, Richard, Tayler and Killian outside The Link, a youth and community centre in the arches under Harrow Manorway. 2018 Photography © Tara Darby 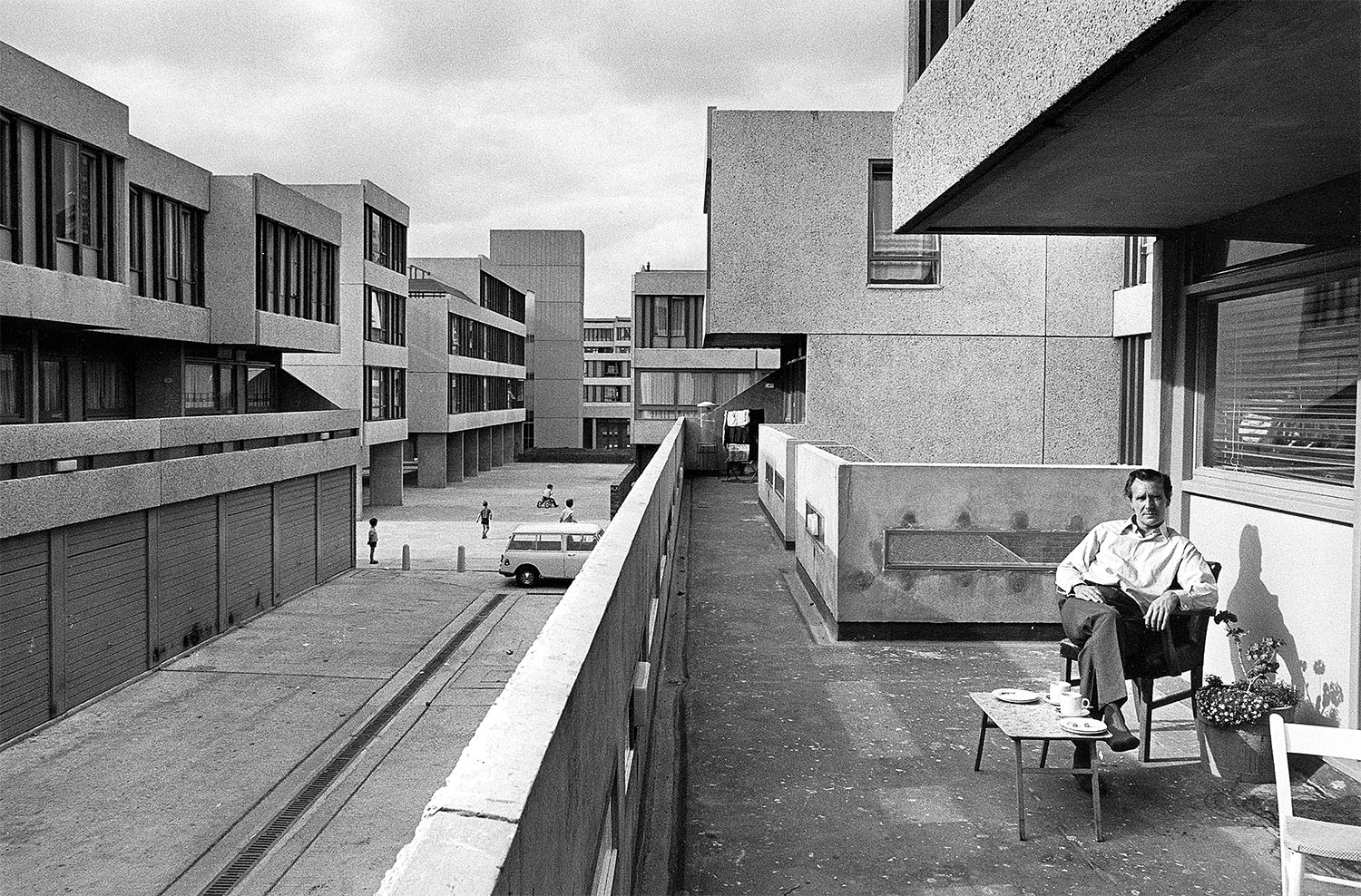 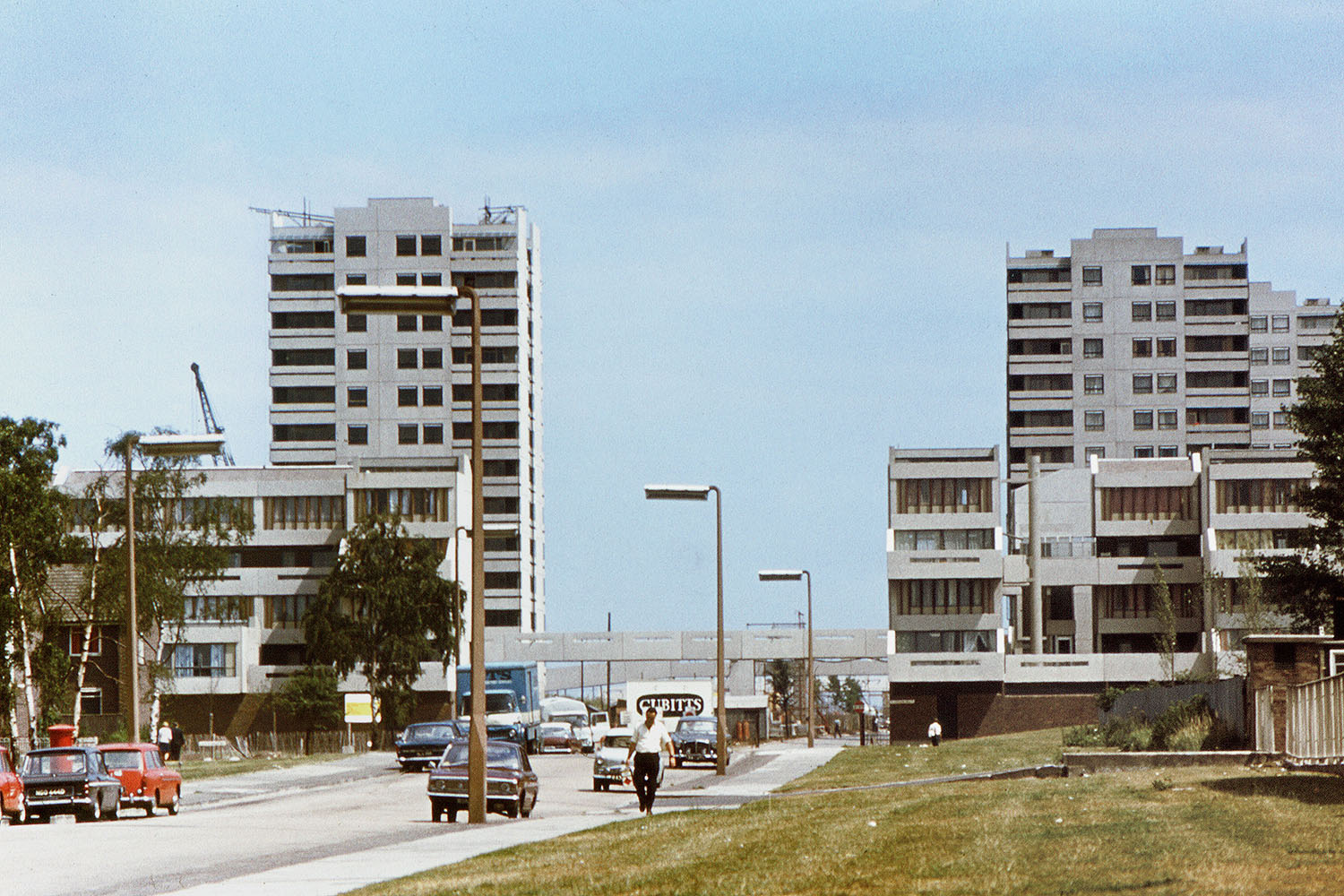 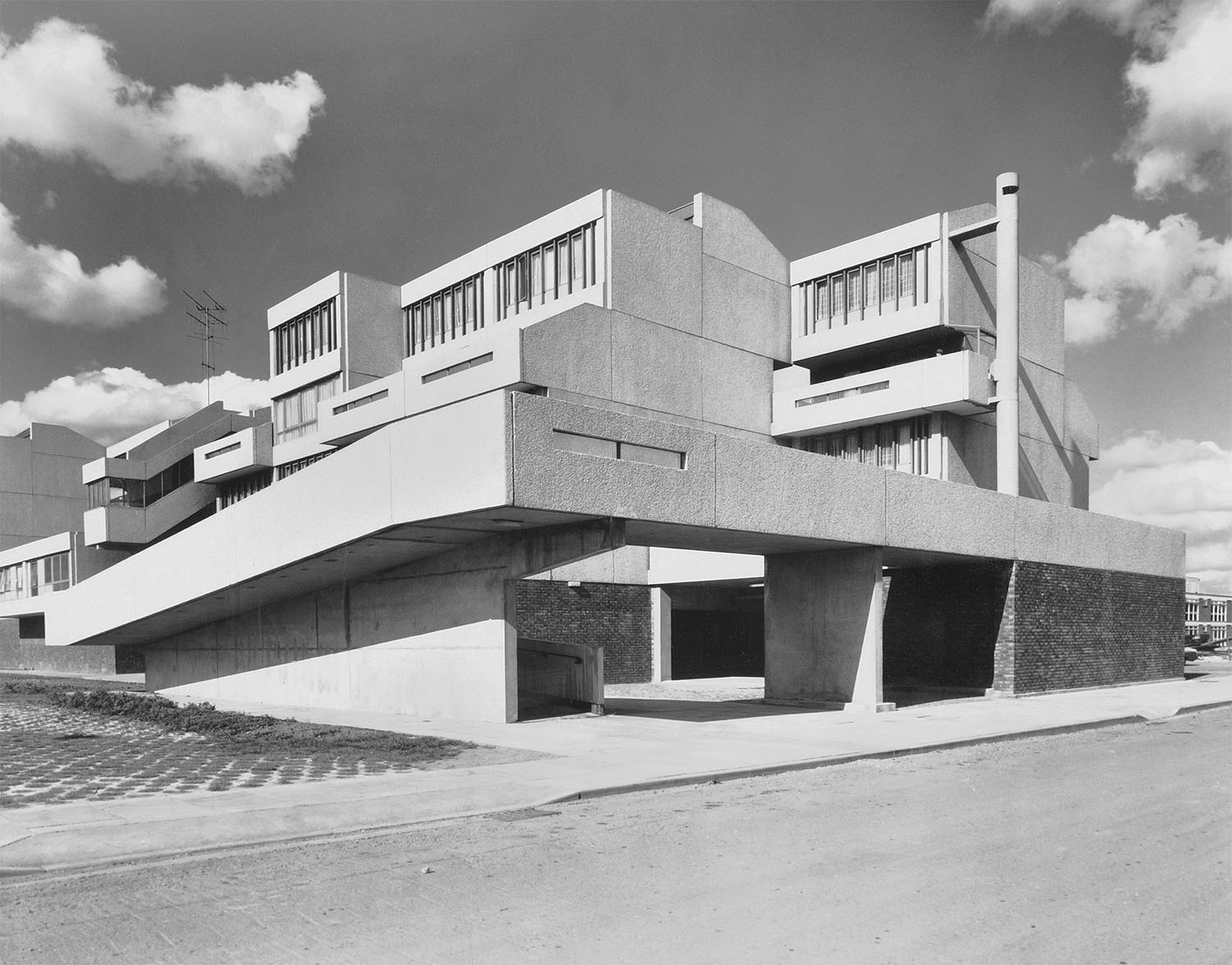 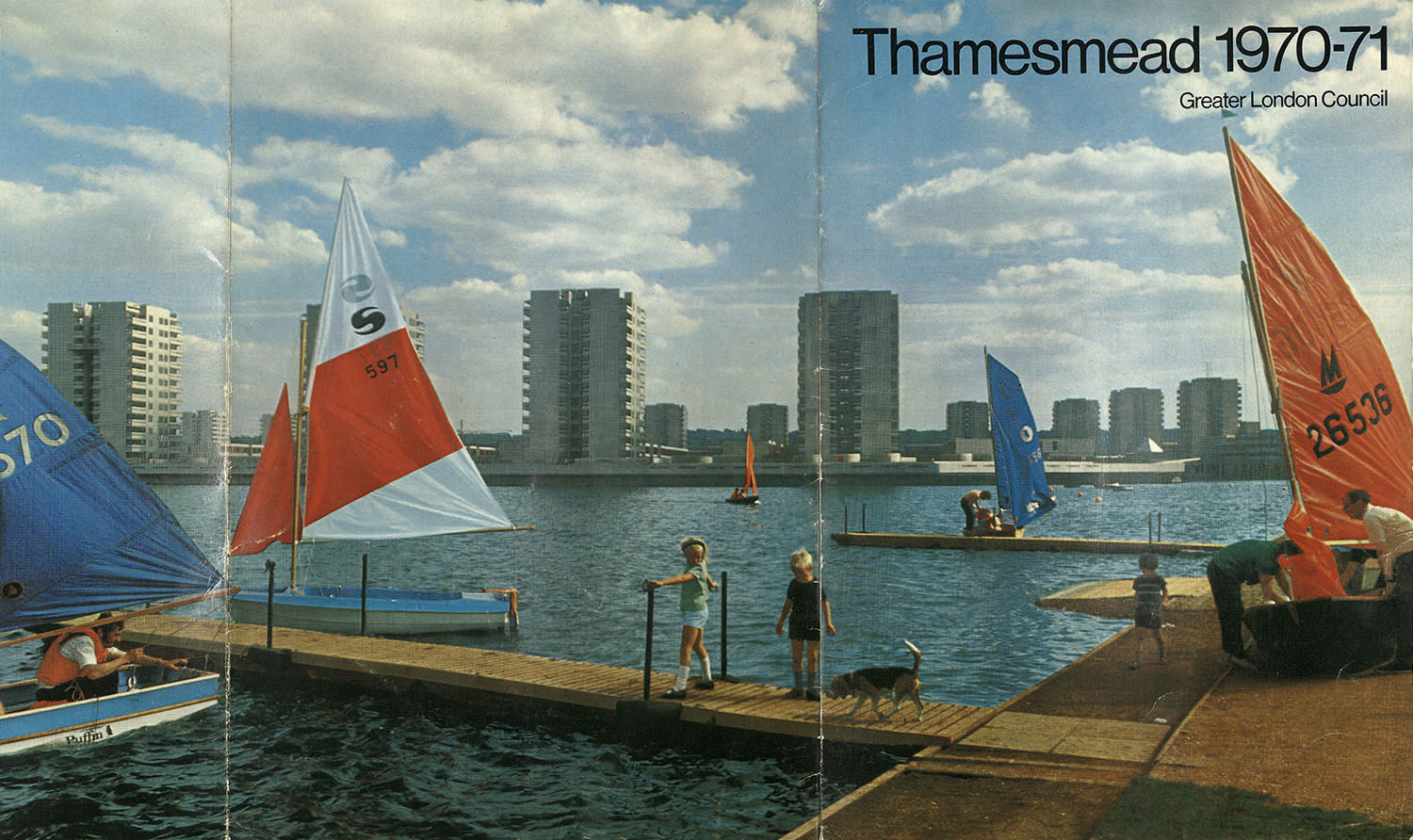 The Town of Tomorrow: 50 Years of Thamesmead is available now from Here Press.

Linkedin
RELATED ARTICLES
OTHER ARTICLES
A new project is documenting formerly incarcerated people as they transition back into civilian life.
Yesterday thousands gathered outside Buckingham Palace after news of the Queen’s death broke.
Rhiannon Adam spent three months capturing an ageing society wracked by division, isolation, and the aftermath of scandal.
The idea that a younger generation is abandoning work has become a popular narrative online, but it doesn’t necessarily reflect reality.
By turning a real-life crisis into daytime television fodder, TV bosses have once again shown themselves to be completely out of touch with audiences.
Rogue landlords are exploiting young and inexperienced renters and leaving them in mental and financial turmoil, reports Niall Hignett.