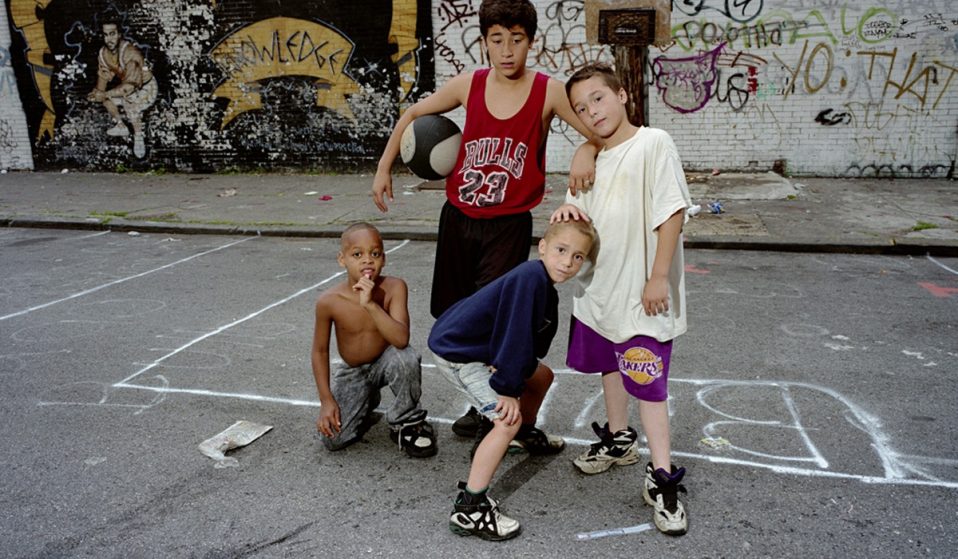 Photographer Larry Racioppo spent the ’90s capturing the city’s makeshift streetball courts: ’the closer I looked, the more interesting they became. Many are really a form of folk art.’

Photographer Larry Racioppo spent the ’90s capturing the city’s makeshift streetball courts: ’the closer I looked, the more interesting they became. Many are really a form of folk art.’

Streetball has long been New York City’s premier DIY sport. “You don’t need a lot of equipment or a lot of people to play,” says Brooklyn photographer Larry Racioppo. He first fell in love with the game as an 11-year-old, growing up in Sunset Park in the ’50s.

“New York then was very different, especially its blue-collar neighbourhoods,” he says. “Basically you were your neighbourhood: you went to the local school and played in the street in front of your house, then as you got older, in playgrounds and parks within walking distance.”

This sense of community fueled the sport, building up to tournaments at courts like Rucker Park in Harlem and the Cage in Greenwich Village, where legends are made. But long before reaching those heights, talents are honed on neighbourhood streets and local parks.

In the ’90s, Racioppo began photographing the courts he encountered while working as a staff photographer for New York City’s Department of Preservation and Development. The results have recently been published in B-Ball NYC, a new book and exhibition. 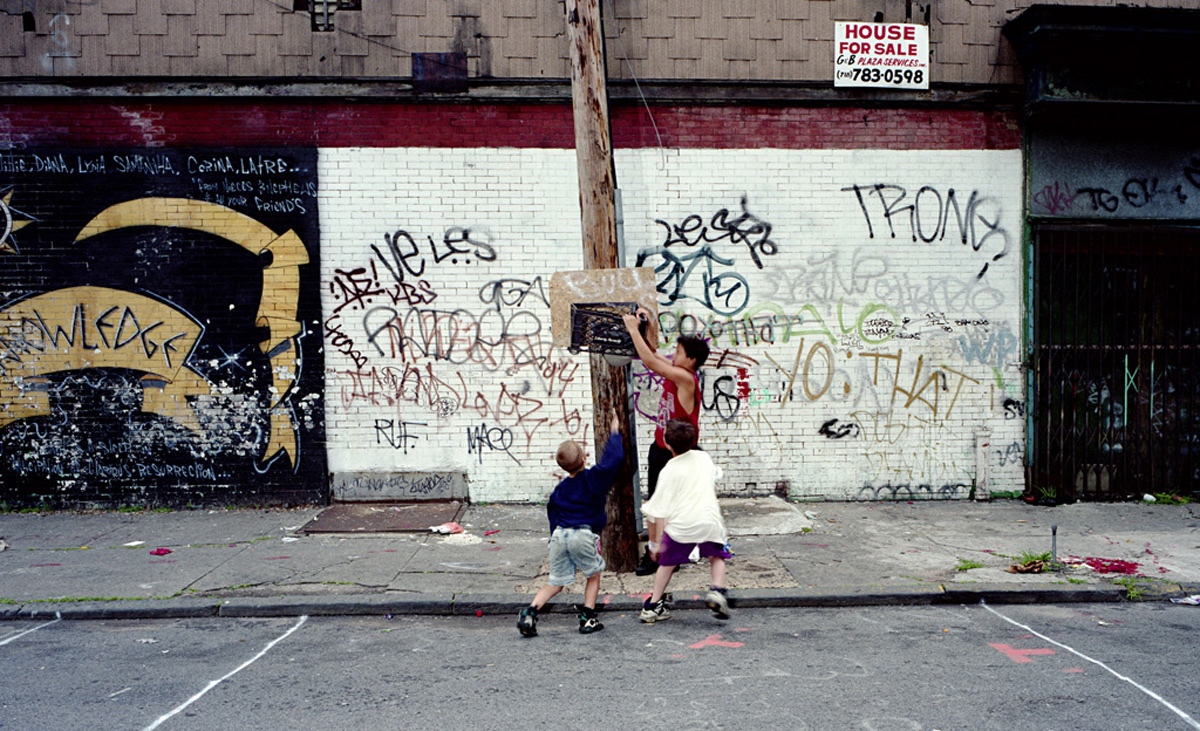 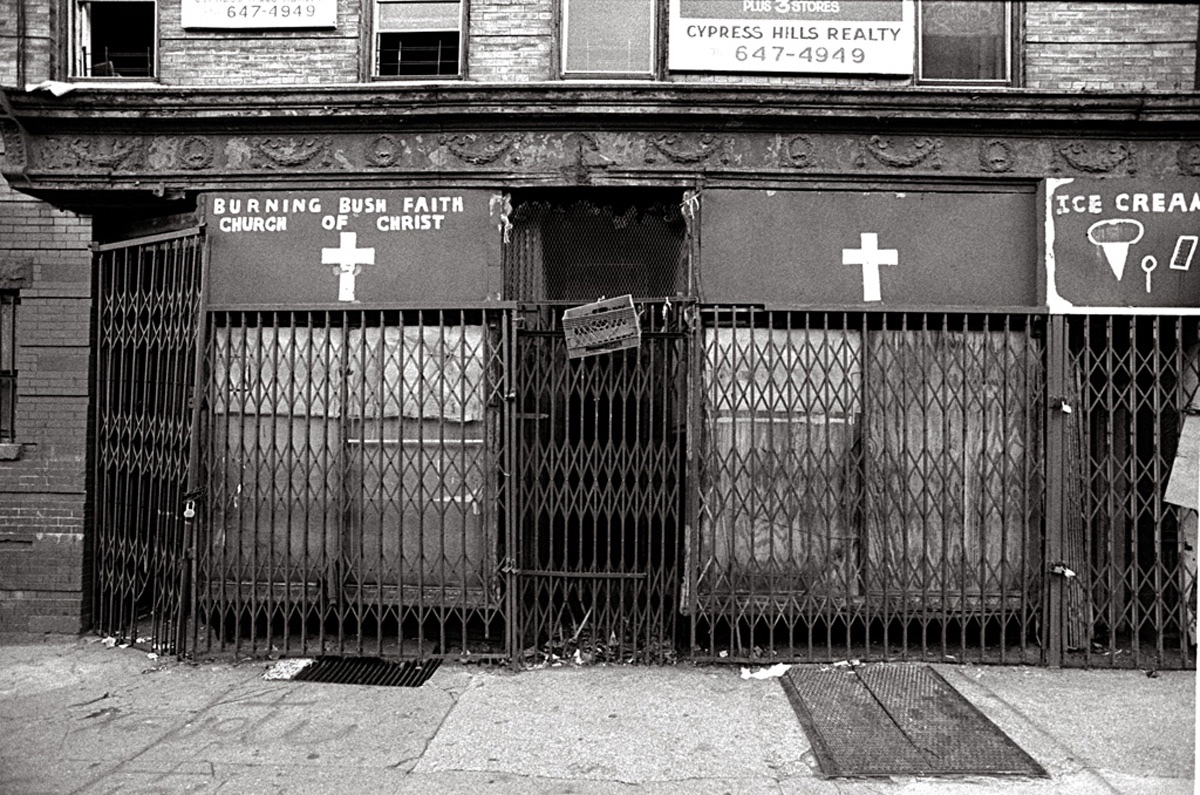 “As I drove through the city photographing vacant land and distressed or abandoned properties, I began to notice rims and milk cartons nailed to trees and lampposts,” he says. “The closer I looked, the more interesting they became. Many are really a form of folk art.”

After finding a great locale, Racioppo returned on weekends with a larger format camera to create a series of poignant cityscapes that paint a powerful portrait of streetball. B-Ball NYC showcases hand-painted backboards alongside glorious RIP memorial walls dedicated to local players who have passed, such as Jason “Juice” Sowell, a 16-year-old basketball star at Lincoln High School who was shot and killed in 1995.

B-Ball NYC is a love letter to the sport from one devotee to the next. Racioppo’s photographs are a testament to streetball’s timeless allure, and its growth despite the onslaught of gentrification. “Basketball in New York City is thriving. It seems that more people than ever are playing,” Racioppo says.

“In my neighbourhood in Rockaway, there are street baskets everywhere. But unlike the ‘baskets’ in my book, they are made of moulded plastic with poles attached to a sand-filled base. I definitely have not seen as many improvised baskets as in the past. But that’s life in a changing city.” 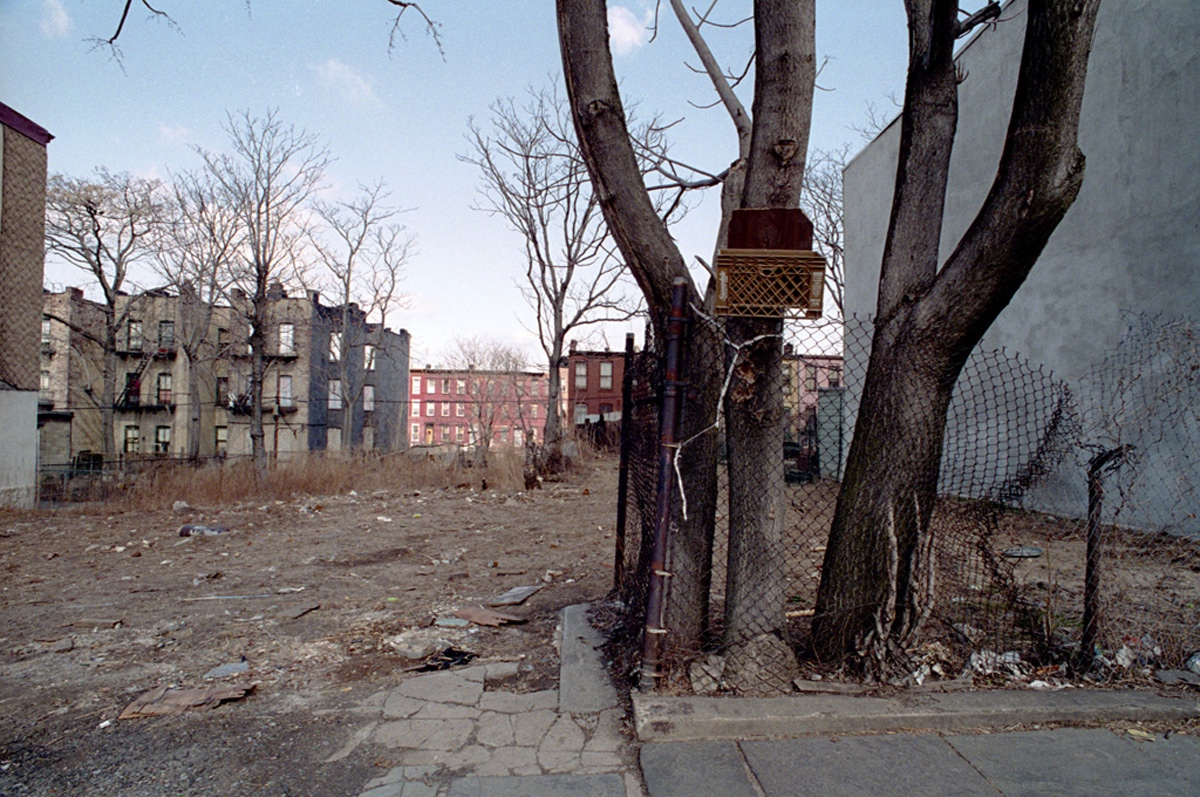 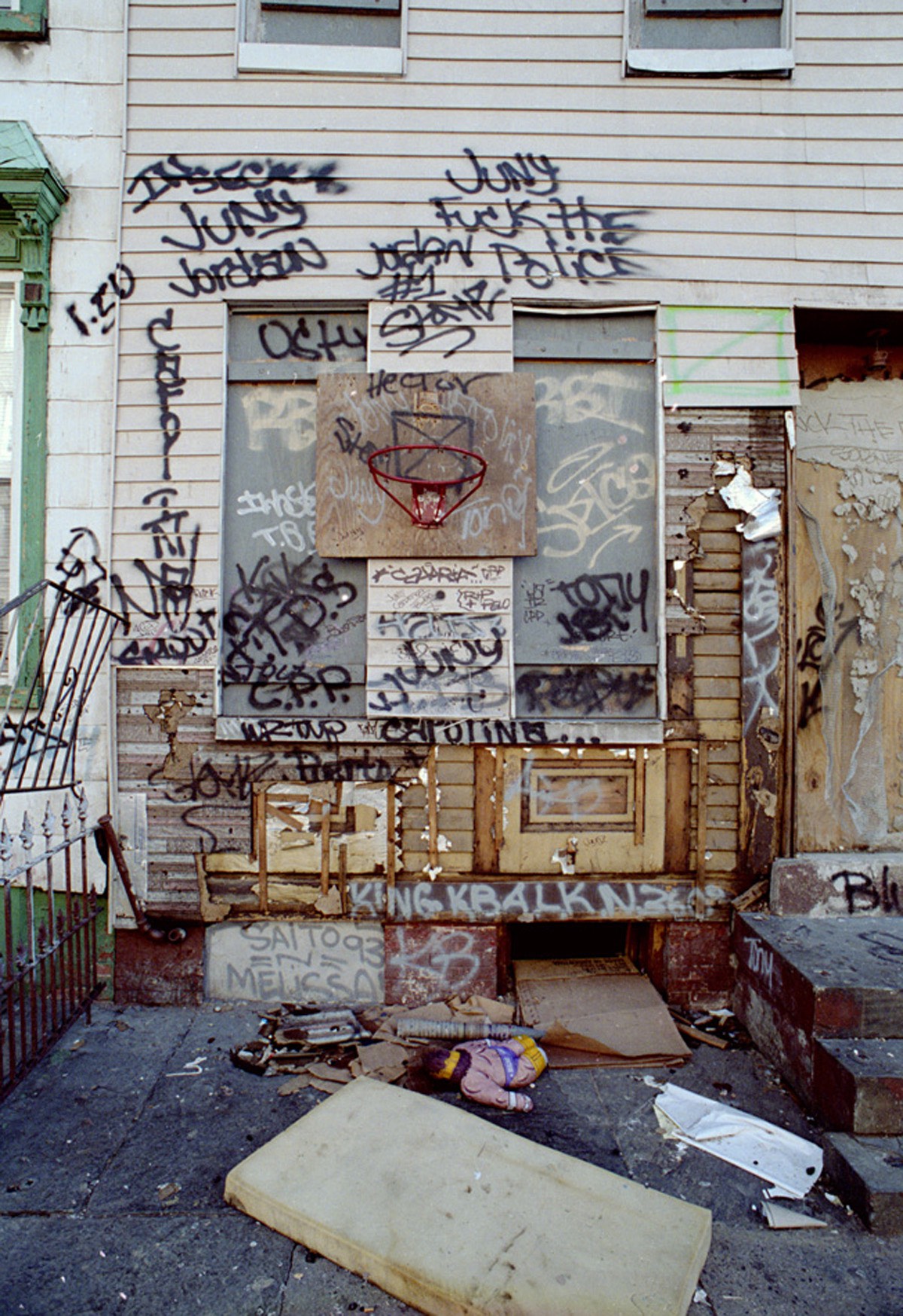 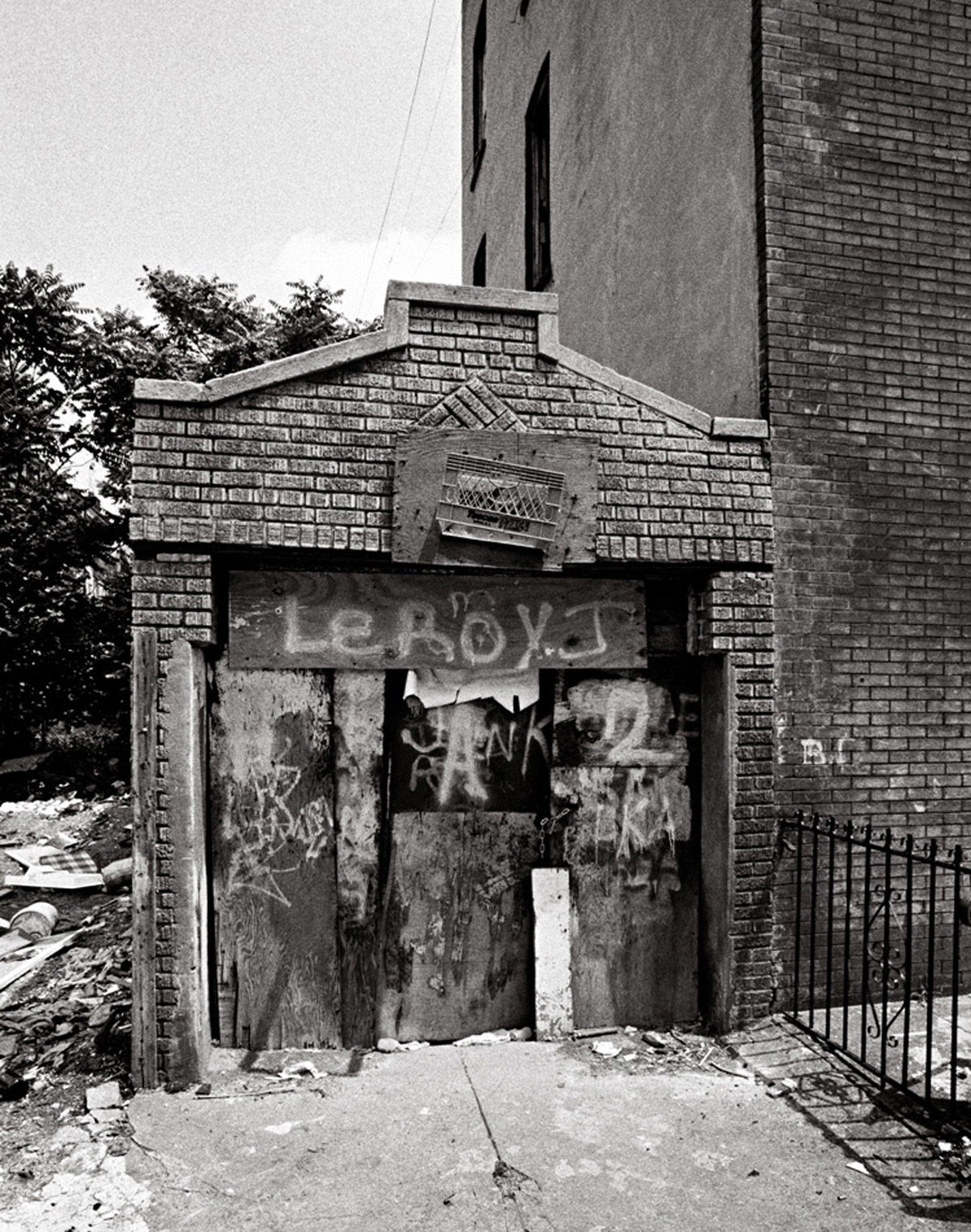 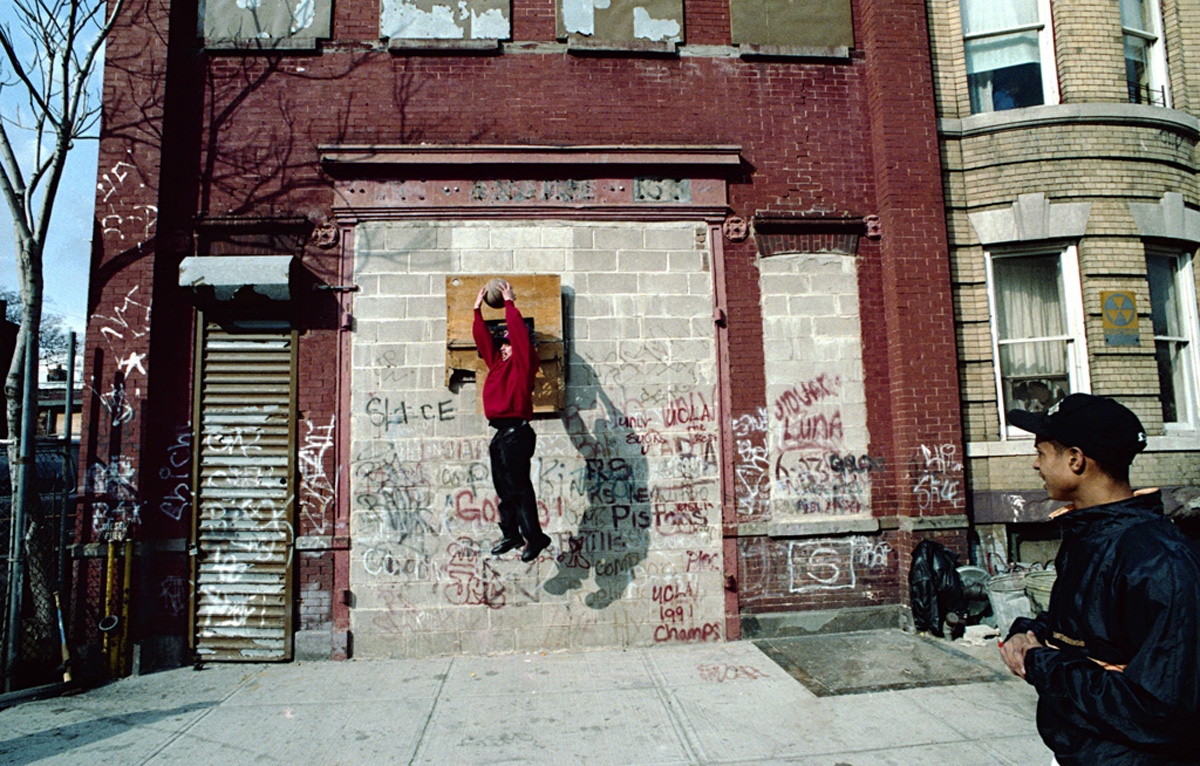 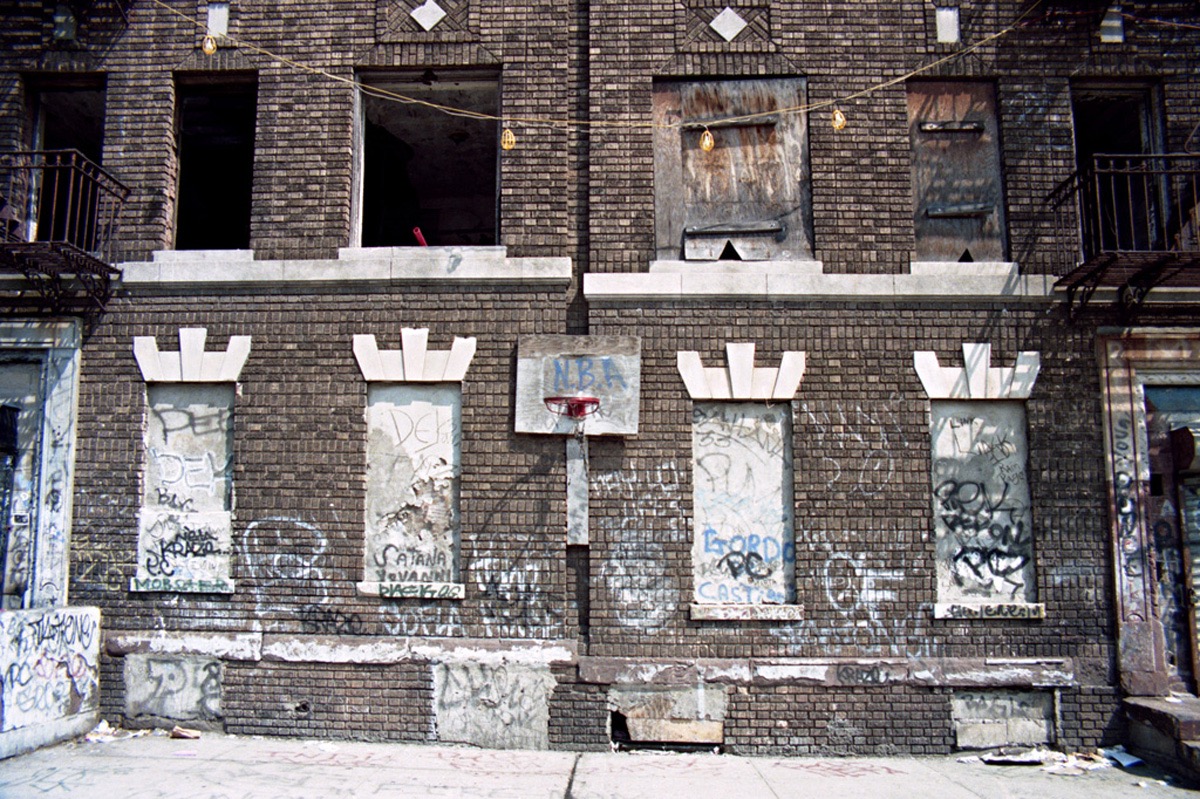 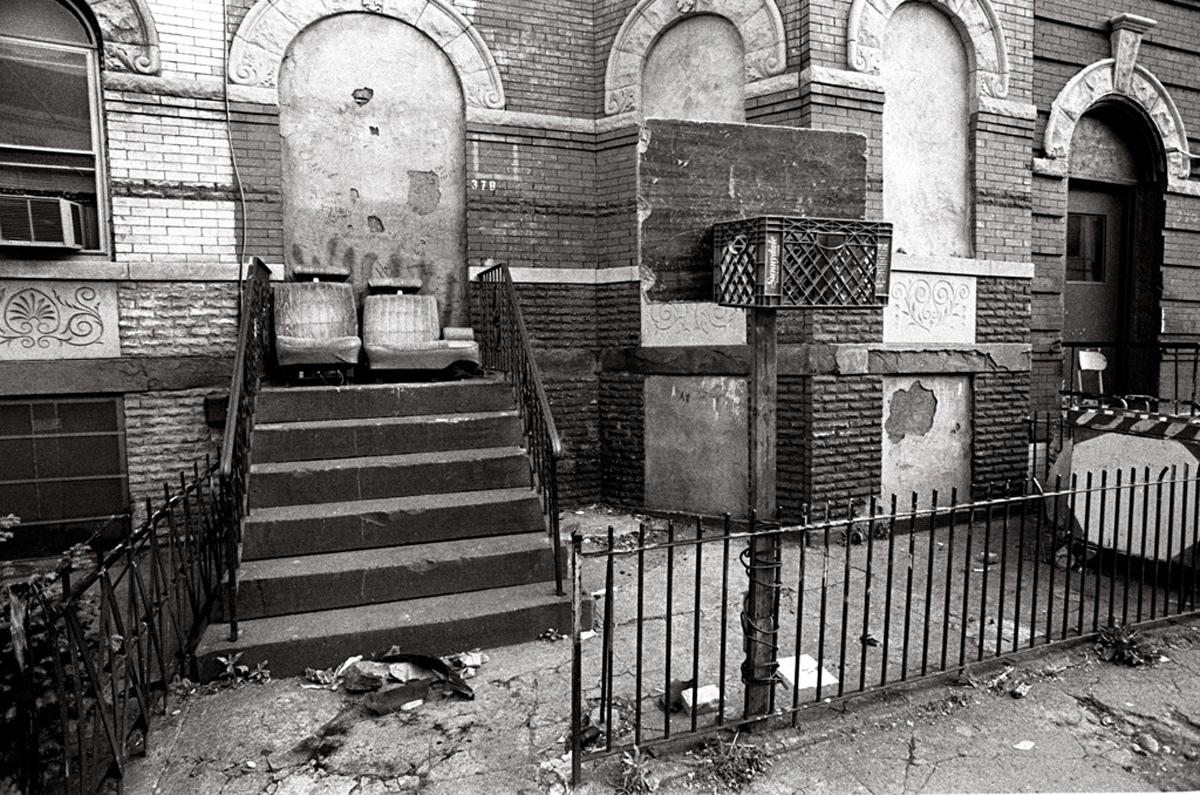 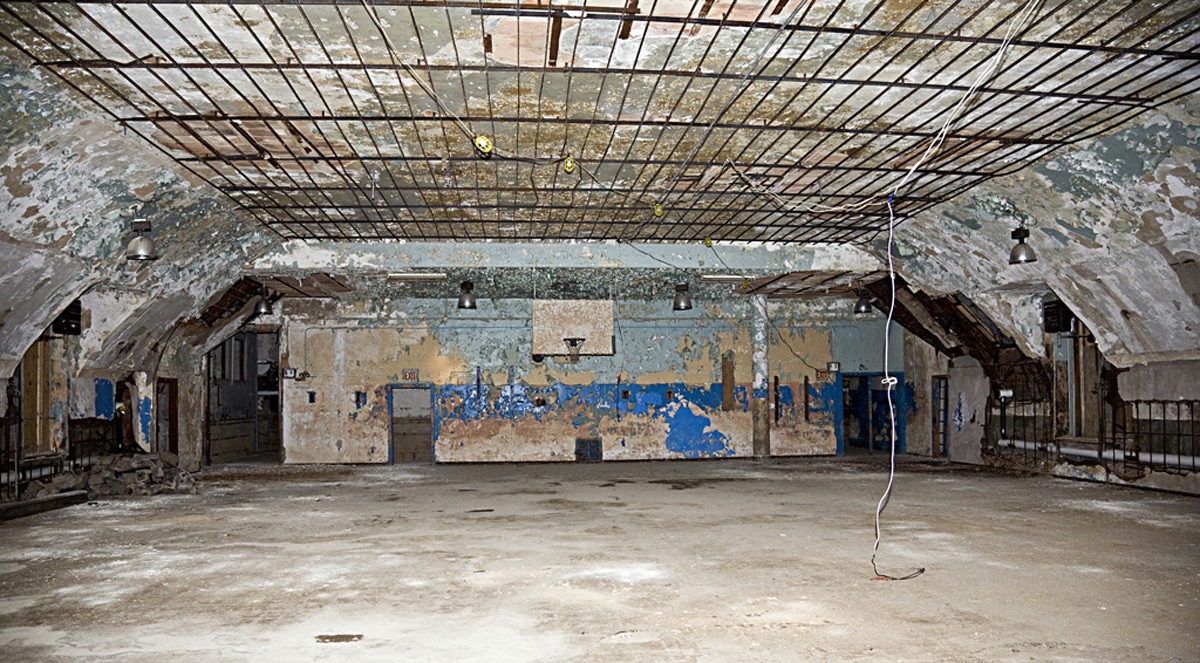 Larry Racioppo: B-Ball NYC is on view at the Brooklyn Arts Council through December 19, 2019. It will be included in City/Game: Basketball in New York opening February 14, 2020 at the Museum of the City of New York.

Linkedin
RELATED ARTICLES
OTHER ARTICLES
As the Scottish government announces a rent freeze, an activist with Living Rent who fought and won shares how they did it, and what must come next.
Rogue landlords are exploiting young and inexperienced renters and leaving them in mental and financial turmoil, reports Niall Hignett.
Ahead of the release of their first collaborative album, the producer and rapper talk psychedelics and the state of UK hip hop.
Rhiannon Adam spent three months capturing an ageing society wracked by division, isolation, and the aftermath of scandal.
By turning a real-life crisis into daytime television fodder, TV bosses have once again shown themselves to be completely out of touch with audiences.
Sean Maung’s photos are a love letter to the Black and brown communities that make up New York.