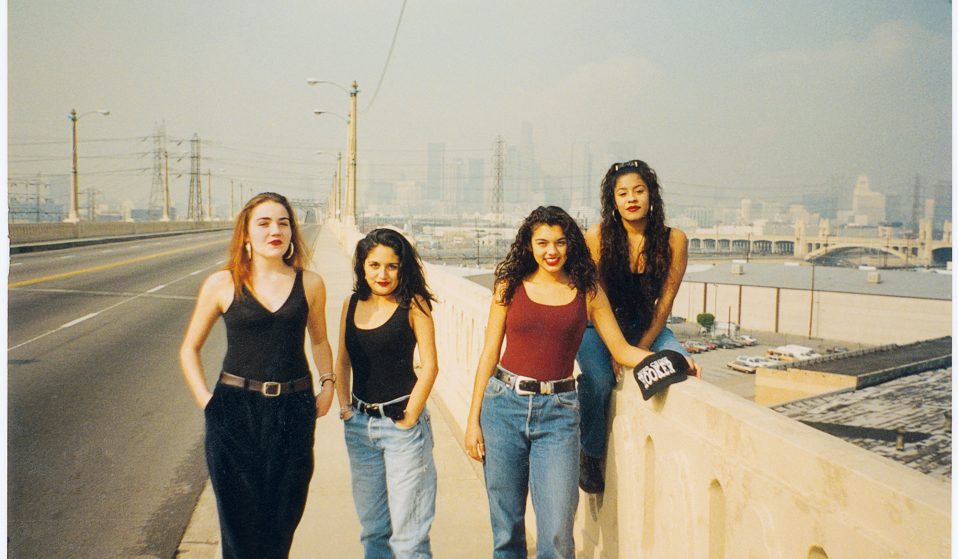 In her visual archive, artist Guadalupe Rosales passes on the stories, traditions and history of Chicanx culture in the 1990s.

In her visual archive, artist Guadalupe Rosales passes on the stories, traditions and history of Chicanx culture in the 1990s.

“The word legend means to create stories we have to tell,” observes Chicanx artist Guadalupe Rosales. “When I think about my ancestors, this is something that has passed on as someone who is Mexican. We keep these people and loved ones close to us through their stories and legends.”

Passing down stories, traditions, and hard-won lessons from one generation to the next, Rosales has built a vernacular archive of ’90s Chicanx culture and history – selections of which are currently on view in Legends Never Die, A Collective Memory at Aperture Gallery, New York, as well as in Los Angeles (Aperture Magazine, Fall 2018).

Her story begins when, at the age of eight, Rosales and her family moved to a home in East Los Angeles that faced The Boulevard, a historic street where teens had been linking up since the ’60s. Rosales fondly recalls, “hanging out, watching from the window when I was 11 or 12 before I was allowed to do these things – and seeing the beautiful cars, the men and women getting to know each other, exchanging phone numbers. As I got older and was able to go out that was something that got passed down to me and my sisters.” 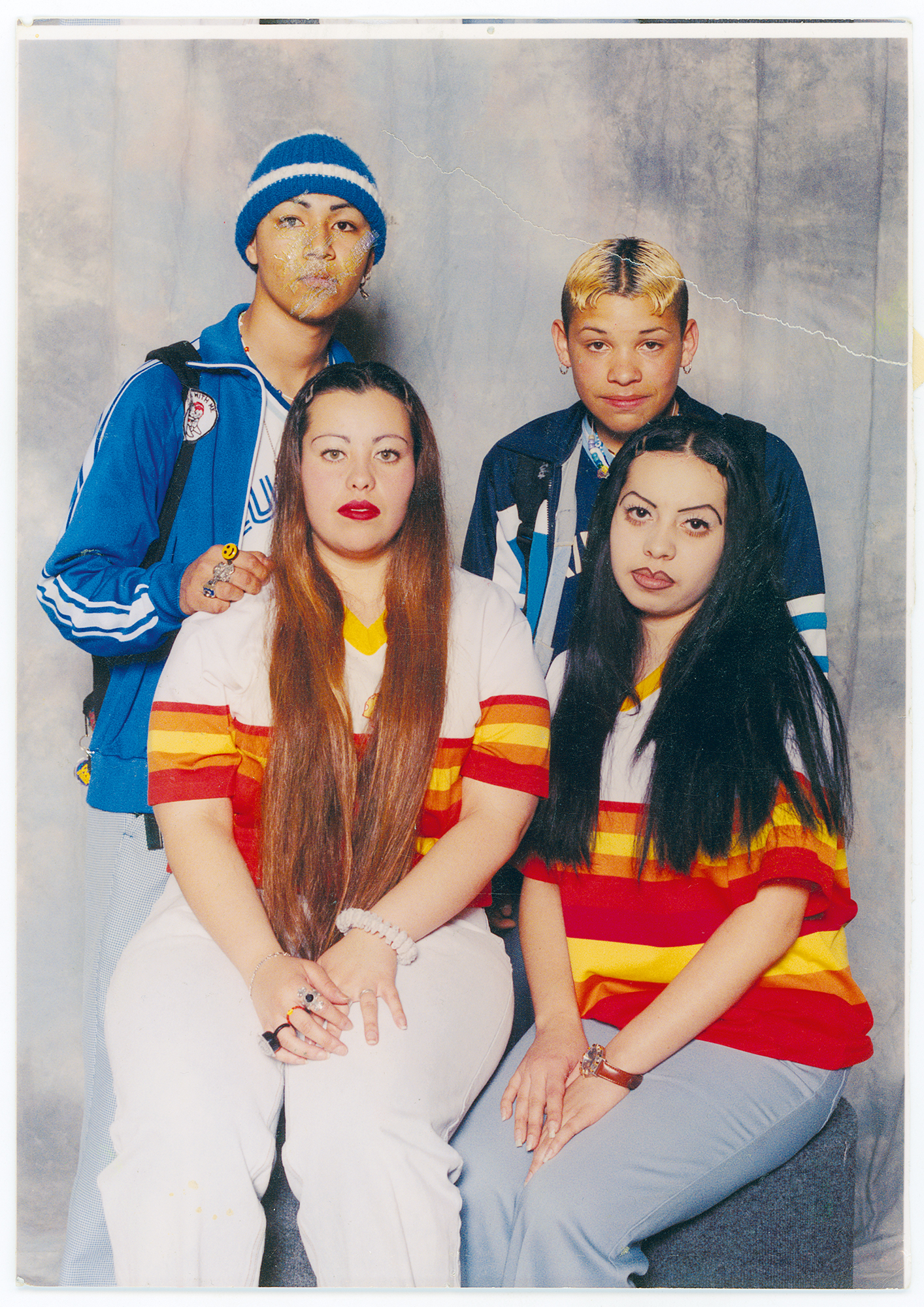 As a teen coming of age during the ’90s, Rosales was in the mix – going to house parties, cruising on the Boulevard, and having really strong friendships. “Our block was our world,” she recalls.

“The Lowriders were one aspect, but then we also had the party scene where a group of teenagers were organising and creating events that were more like safe spaces at a time when a lot of injustices were happening, like the LA Riots and Proposition 187. We were also organising the school walkouts; we were taking it in our own hands to create spaces that belong to us and were for us.”

When Rosales’ cousin died in 1996, she began to distance herself from the scene. “He got involved with gangs, which was something we tried to stay away from – but we lived in the midst of it so it was hard to escape,” Rosales explains. “I removed myself little by little from my close friends and eventually I moved out of LA in 2000. This was the first time I ever travelled by myself or left my home.” 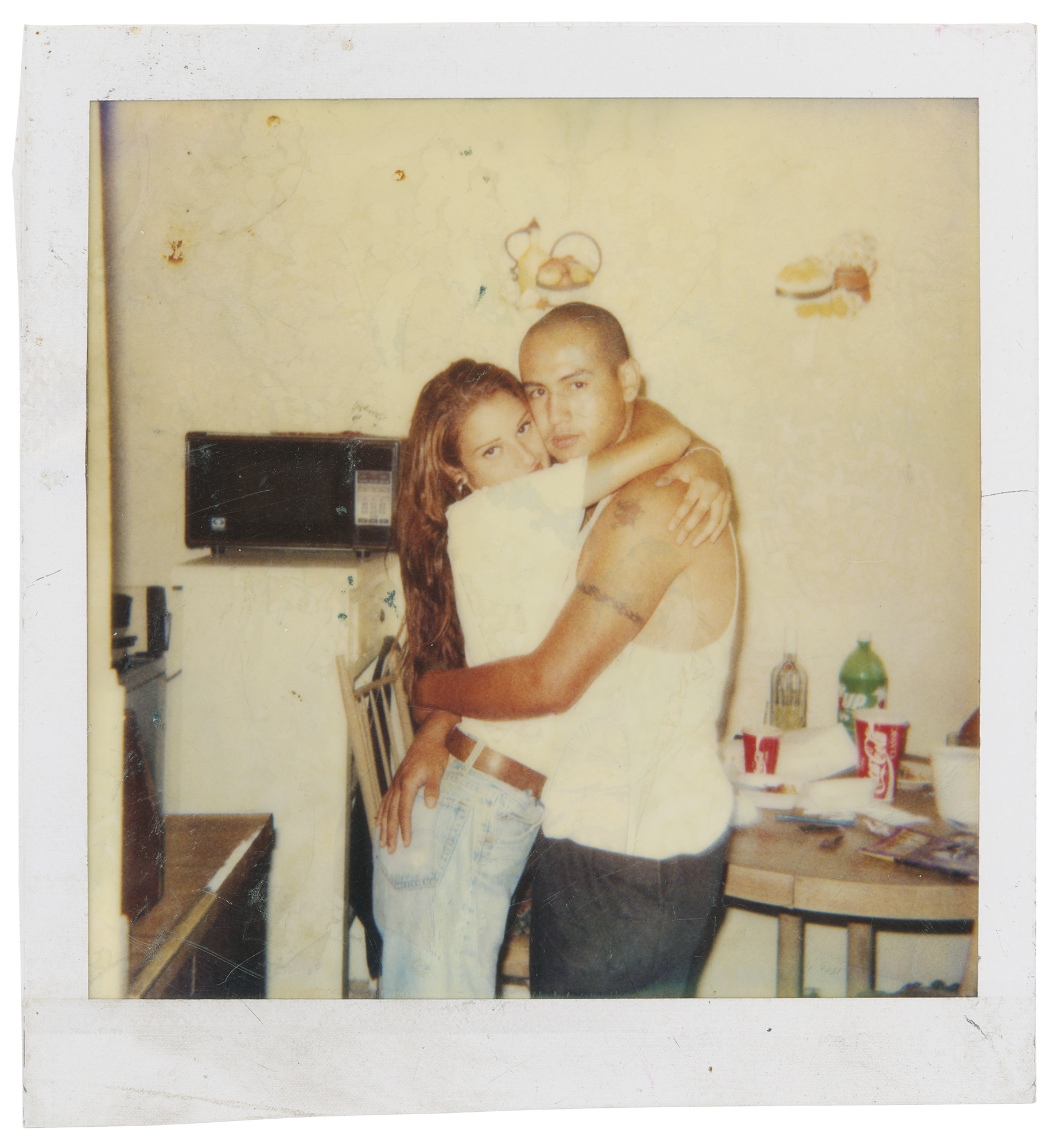 As the years passed, Rosales began to feel nostalgic for her home, her family and friends, for the community, and for the City of Angels. She started where she left – with the death of her cousin. “I felt like I needed a document to show this is who he is, even though it was a tragic thing that happened,” she says.

“The first document I received that really inspired me was his death certificate. I was able to order that and get it, and when I had it my hands, I felt the importance of holding material that could tell stories. In the document itself, there is the date, the time, how he passed away, where he was found.”

From this artefact, a new understanding began to reveal itself as Rosales recognized the power and significance of bearing witness through photographs, documents, ephemera, and personal histories. She started Veteranas and Rucas (@veteranas_and_rucas) on Instagram in order to archive the lives of Chicanas during the ’90s. 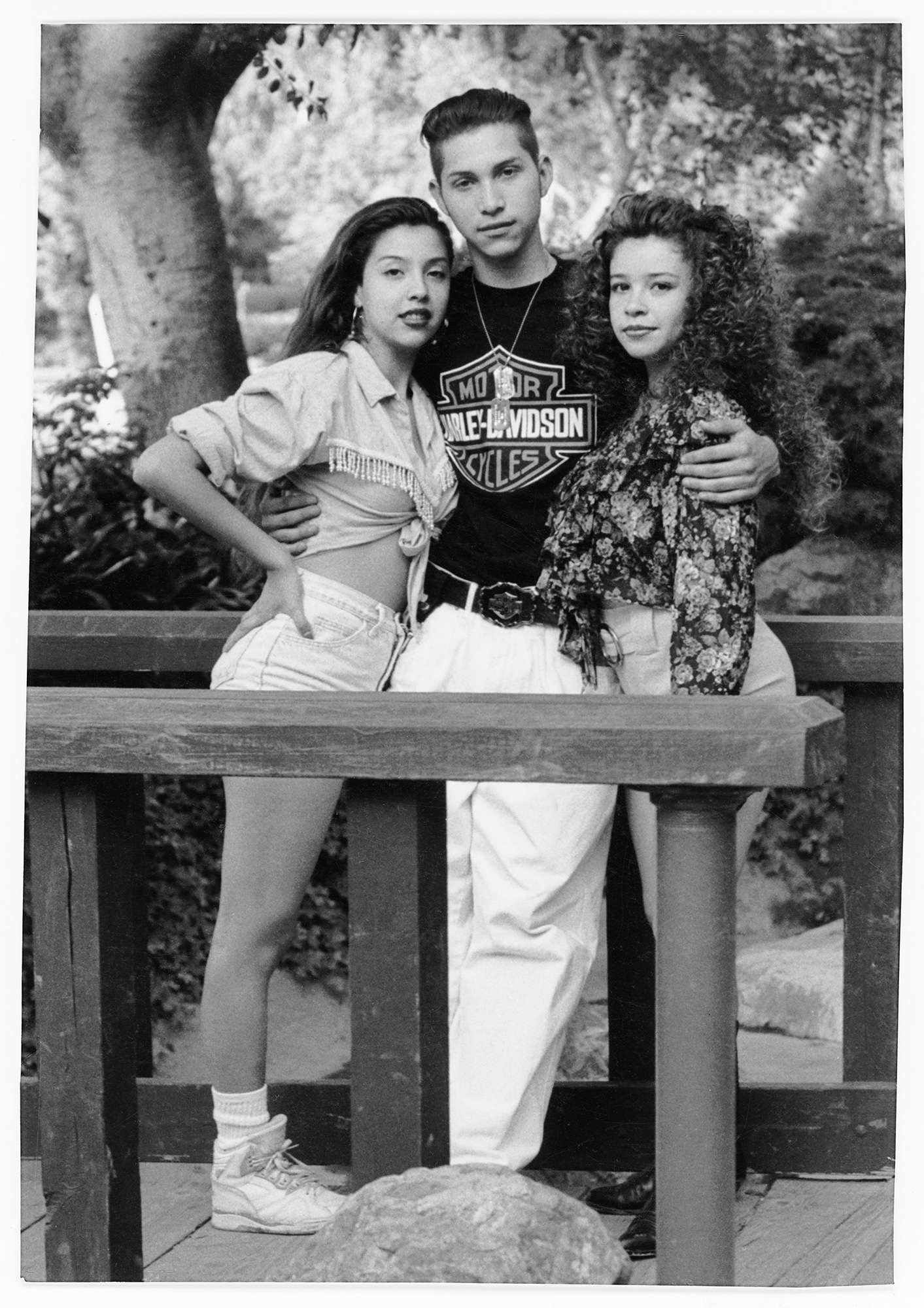 “There wasn’t a lot of material out there that was telling my story; everything was pretty much from a male perspective,” Rosales says. “I wanted to take a female perspective that is not so stereotypical, not just talking about the gangs, the lowriders, or the cholas. I started Veteranas and Rucas for people to submit their photos because I wanted women to start thinking about their experiences, owning it and feeling comfortable talking about it – whether it is a good thing, or traumatising, or a way of healing.”

Rosales then started Map Pointz (@map_pointz) to document the party crews, raves, and warehouse parties of the same era, by the people who lived it. “I noticed that even with history books, everything I found was written by someone who was doing research and didn’t really live it,” Rosales notes.

“I think when that happens, a lot of things get washed out and it’s not as accurate. For me, that’s why I wanted to start this archive. I want to talk about what I witnessed and experienced, and maybe people will be able to relate to that. I posted a photo of my sister and was very specific about where it was taken and people started to relate to the location in the city. It’s almost like we’re all mapping the city together.” 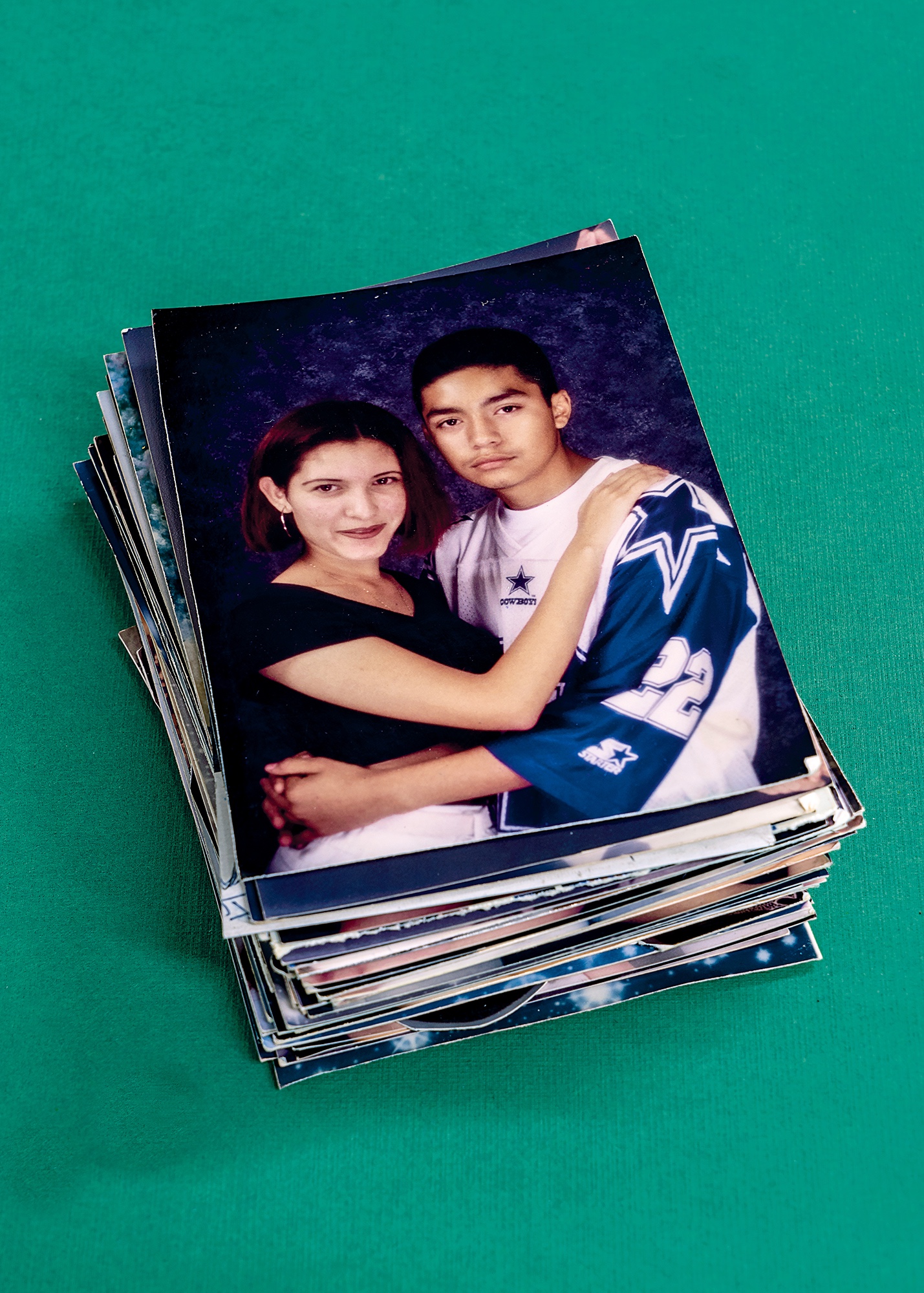 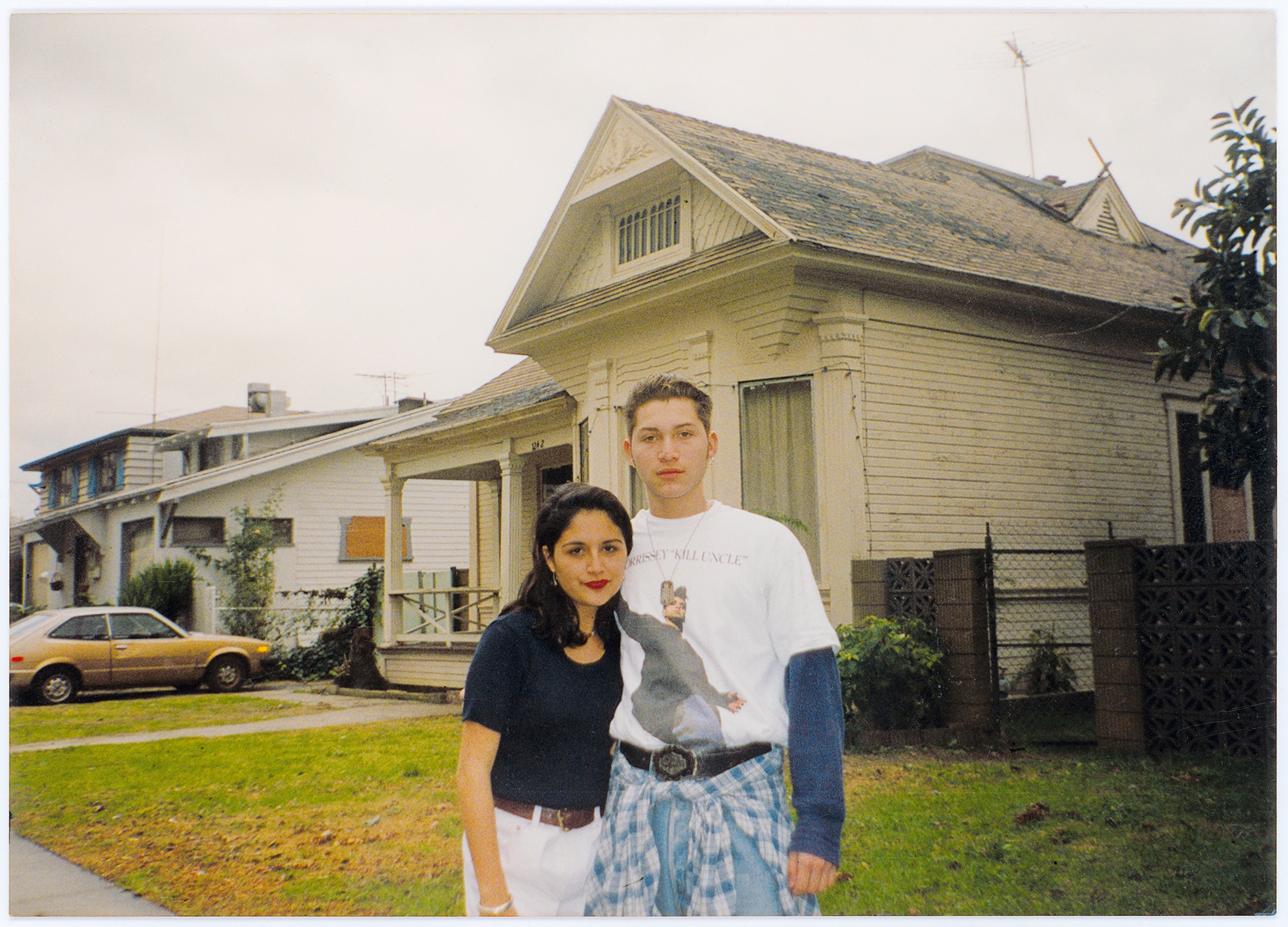 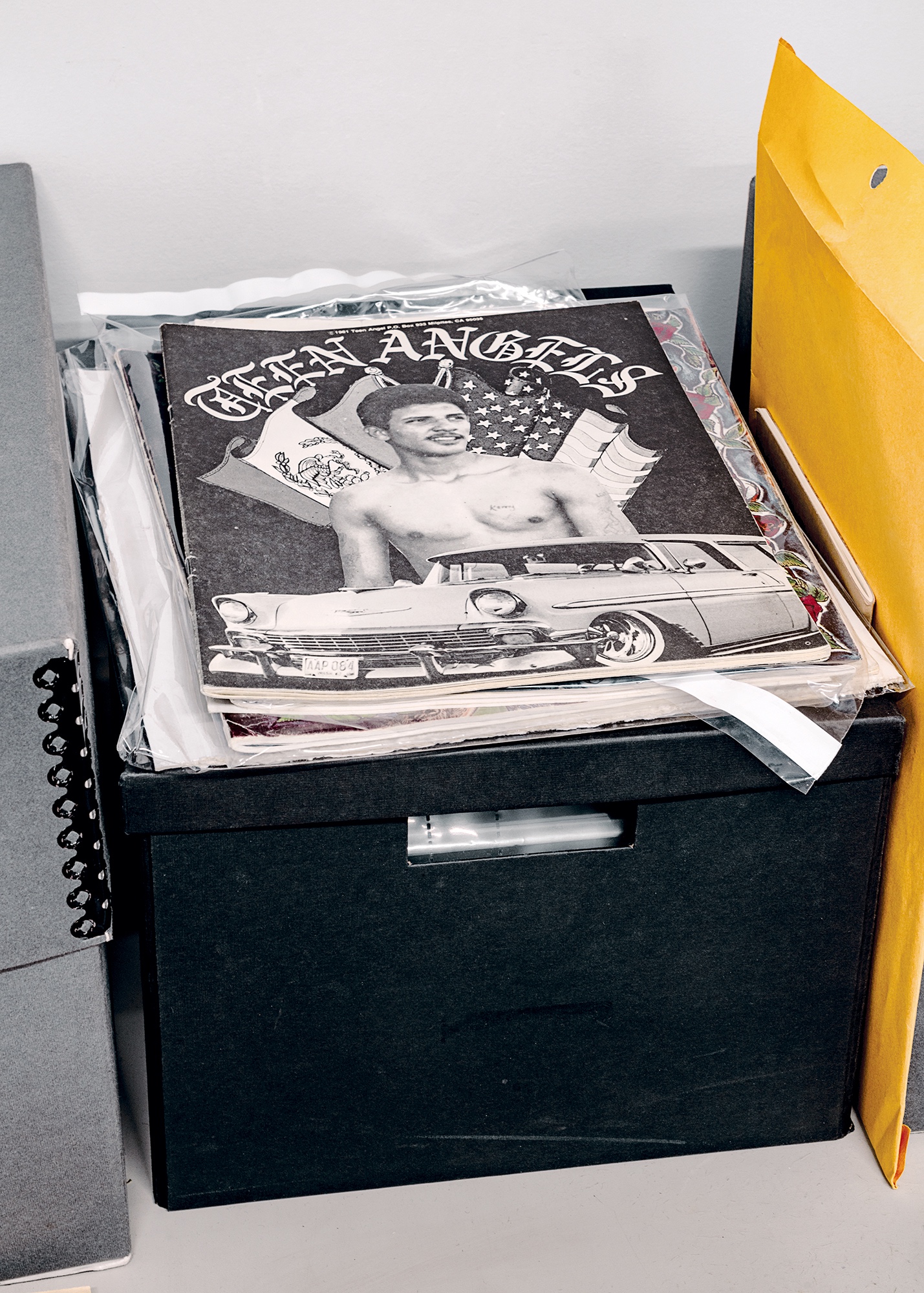 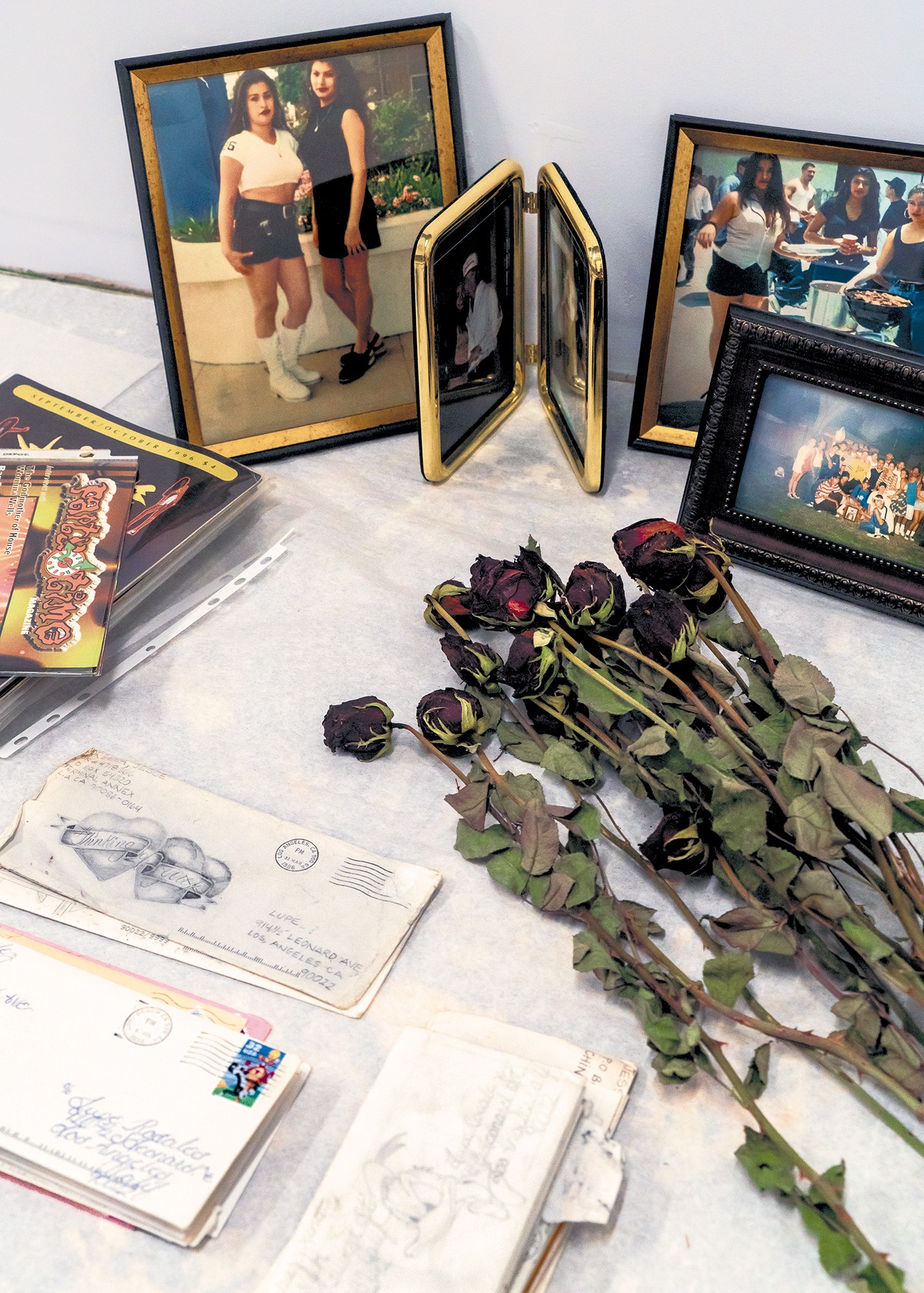 Shrine to Ever Sanchez, Guadalupe Rosales’s studio, 2018; Photograph by Mike Slack for Aperture

Legends Never Die, A Collective Memory is on view at Aperture Gallery, New York, through October 20, 2018.

Linkedin
RELATED ARTICLES
OTHER ARTICLES
In the latest instalment of Photographers in Conversation, the chronicler of raves, protests and beyond explains why he’s drawn to such specifically visceral environments.
The author discusses the all-consuming nature of heartbreak, and turning the experience into an incisive exploration of love and loss.
A new report has found that the majority of Britains approach trans issues with compassion. It’s about time this was reflected by our media landscape.
Whether it's partygate, the climate crisis or the spiralling cost of living, the fightback begins on the picket lines writes Tommy Vickerstaff
The last few years have seen an increase in LGBTQ-led initiatives to feed the hungry, with many finding ways to stay afloat despite the challenges.
Photographer Arthur Grace recalls travelling through the Soviet Bloc and finding ways to evade the surveillance of his work.