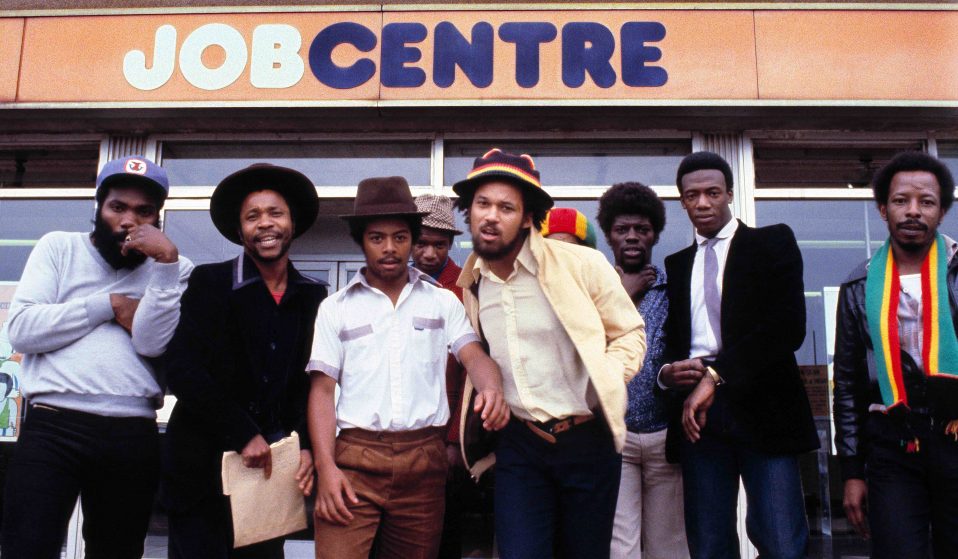 Photographer Adrien Boot looks back on a life capturing the Jamaican communities of Britain: ‘In the ’70s, London was a dark place,’ he remembers. ‘You know what they say – you need hard times and stress to make good music.’

“I didn’t start life as a photographer,” Adrian Boot says with a laugh. “I stayed at university as long as I could – as everyone else did in those days – and then I went to Jamaica to teach physics for about three years. I took up photography as a hobby, and ran into people like Bob Marley and Burning Spear.”

Boot got his first paying gig when the Rolling Stones were in town to record Goats Head Soup at Dynamic Sounds Studios, through his friend Michael Thomas. When Boot returned to the UK, he collaborated with Thomas once again on the 1977 book Jamaica: Babylon on a Thin Wire, now in its fourth printing.

The book was a powerful document of Jamaica in the early ’70s, showing the emergence of reggae music within the larger landscape of politics, violence, and poverty. Suddenly the media took notice, and editors from NME, The Melody Maker, Sounds, Rolling Stone, and the Village Voice were on the phone, giving Boot assignments to shoot the emerging reggae scene in the UK.

“I decided to delay going back into teaching and have a sabbatical just taking photographs — and I am still having that sabbatical,” Boot says. “Now I am 72. I have been doing it for a lifetime, and I always expected it to fade out but it didn’t. Then I started to work for Island Records, and then Bob Marley came along and started to have success. The rest is history.” 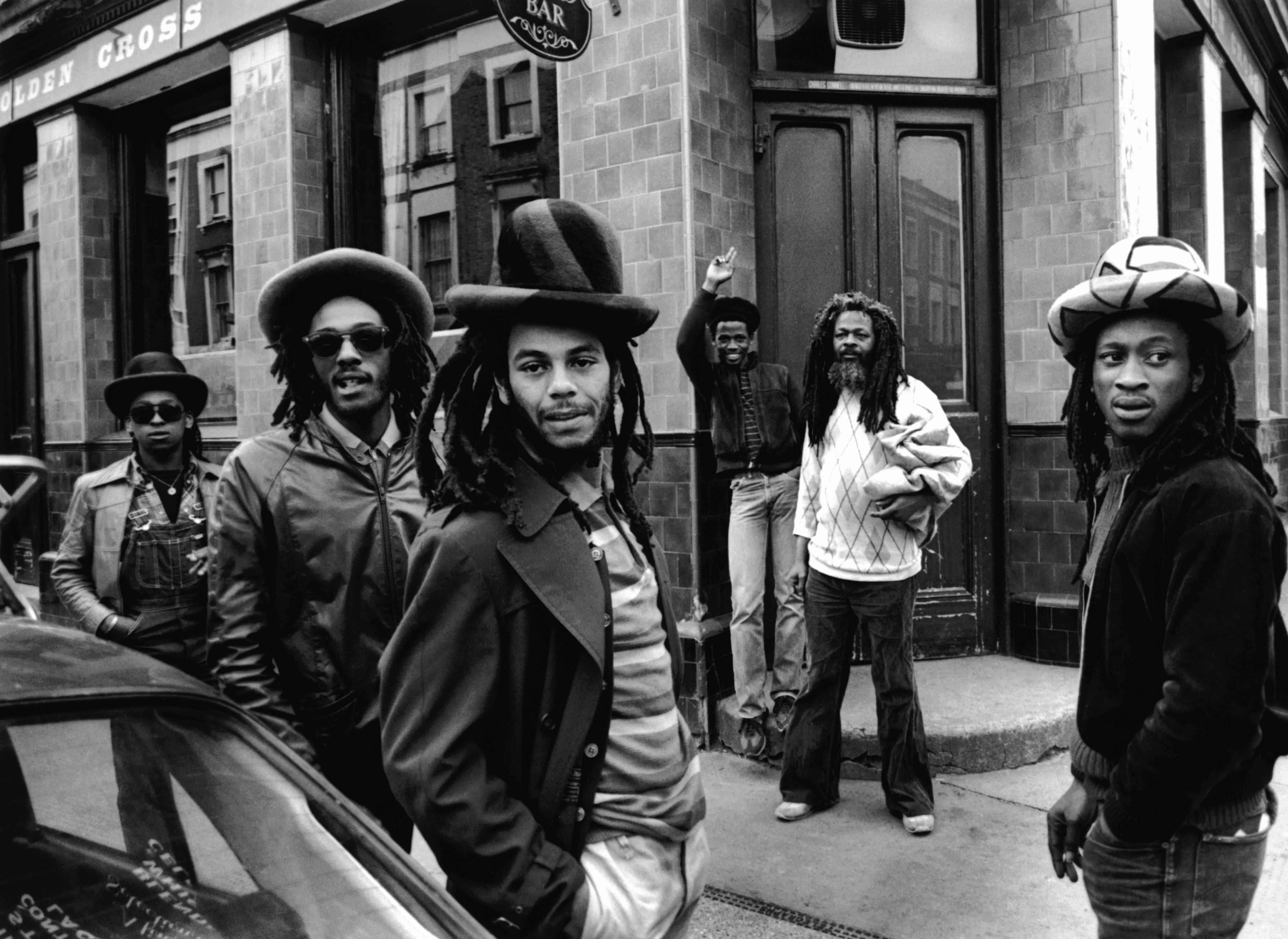 Aswad photosession on the All Saints Road, West London 1981 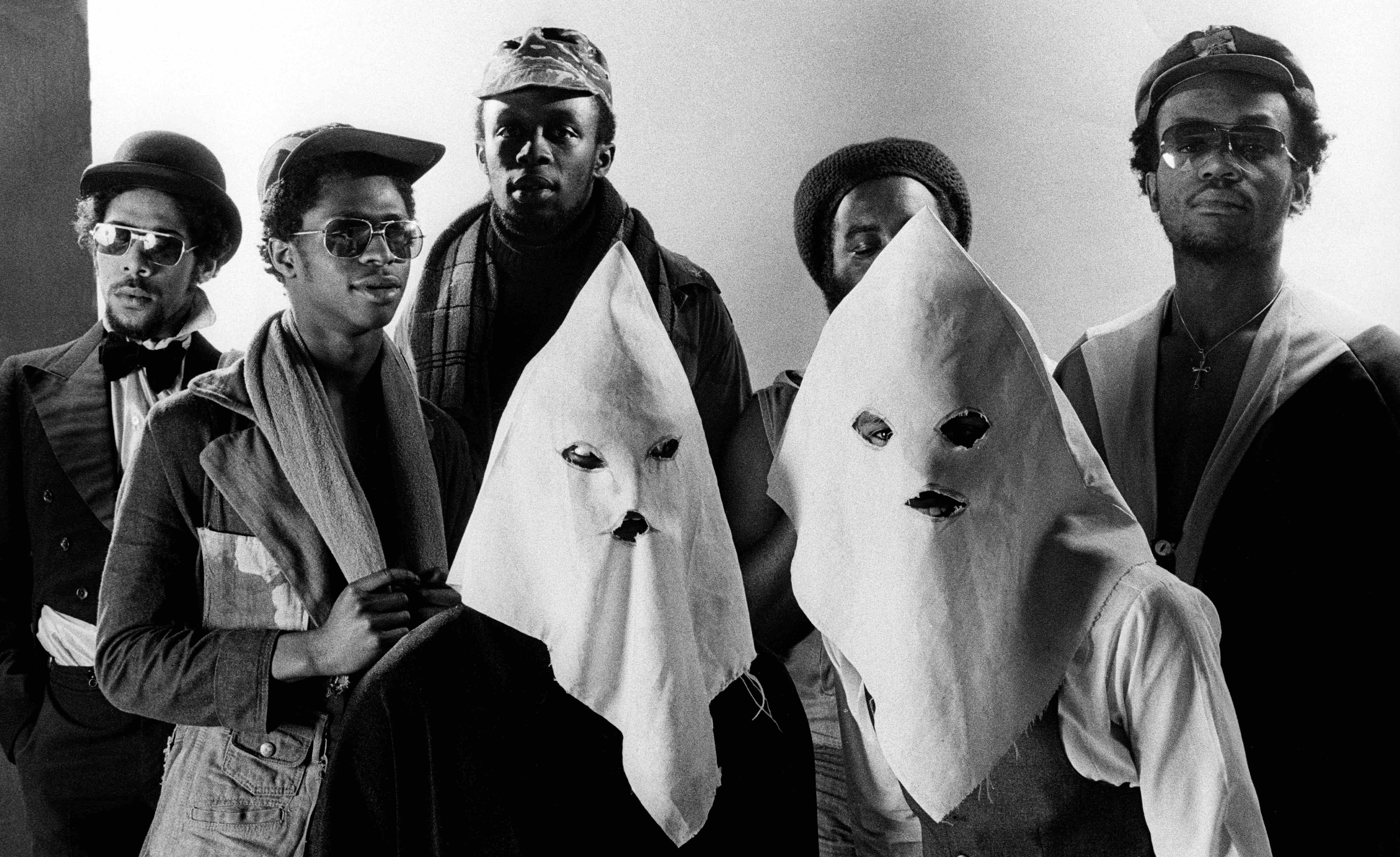 That history comes alive once again in Bass Culture 70/50, a group exhibition celebrating the 70th anniversary of Windrush and the 50th anniversary of reggae in the UK. “A couple of years ago, I got together with Mykaell Riley, who started life in a band called Steel Pulse and is now the head of the music department at Westminister University,” Boot recalls.

“We thought it would be a fantastic idea to tell the story of Jamaican music in the UK, not just its effect on music but also the culture, the fashion, and the language itself. It was very difficult to raise any more to make the thing. Then the Windrush scandal happened. The British government started to deport people that had been here all their lives. It was horrific, but it drew public attention to it.” 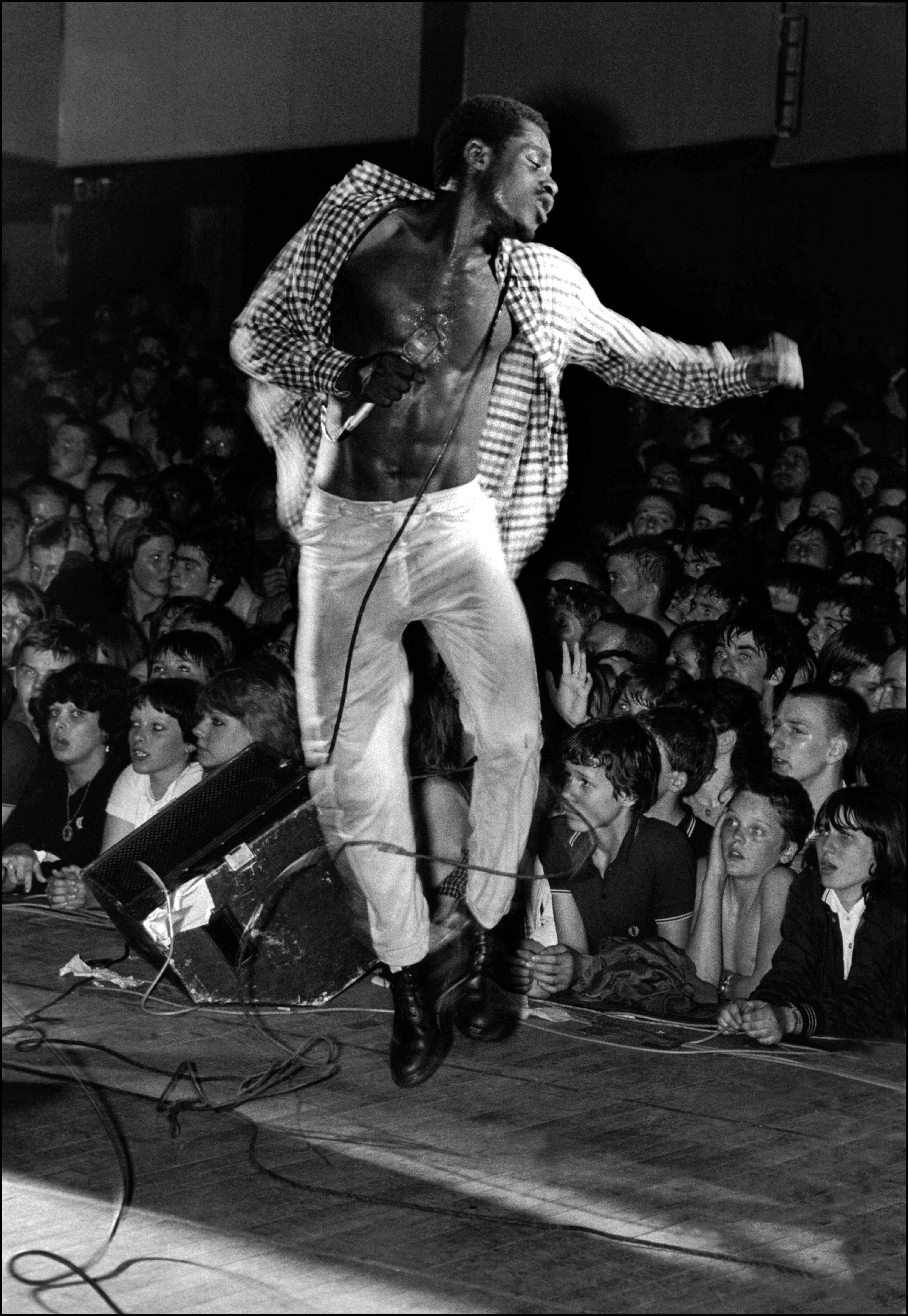 Located in Central London, where it is free to the public, Bass Culture 70/50 gives long-overdue recognition to the Jamaican contributions to Britain over the 20th century.

“Back in the ’70s, London was quite grey. It was a dark place. There was racism, discrimination, disenfranchisement, and riots. Nobody had any money. The children of those who came over on the Windrush shops suffered the same discrimination their parents suffered,” Boot remembers.

“In a funny kind of way, the punks themselves, these white kids, were also a bit disenfranchised; they didn’t have jobs, they didn’t have anywhere to go. A lot of punks liked reggae music; they all lived on the same housing estate. Jamaicans were very good at putting on parties and the white kids that went along developed their own style. Bands like the Beat and the Specials adopted reggae and mixed it in with punk, so it crossed over a lot.”

The legacy of these generations is rooted in the triumph over circumstance, a testament to the resilience and resistance of the Jamaican spirit. “You know what they say,” adds Boot, “you need hard times and stress to make good music.” 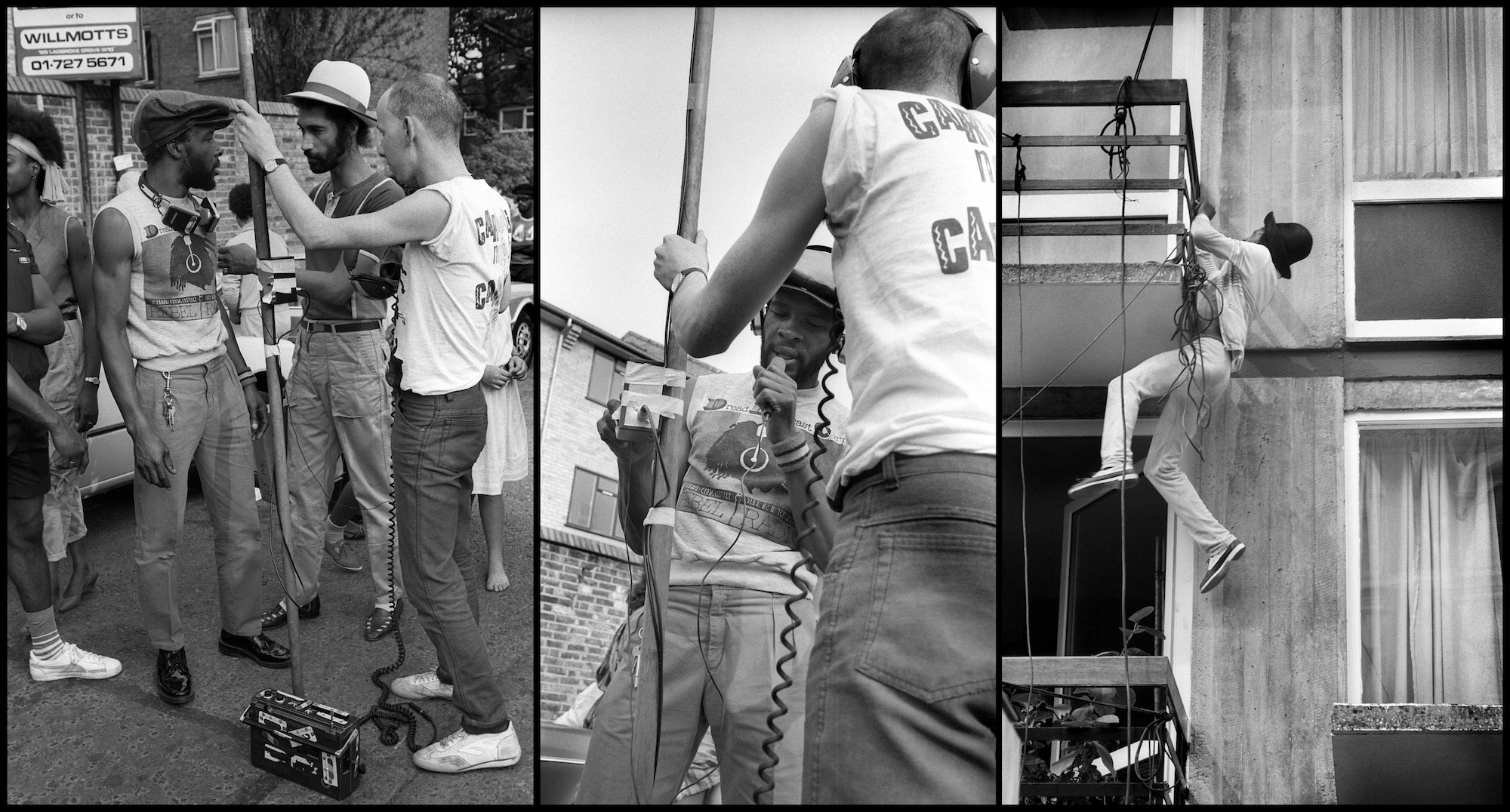 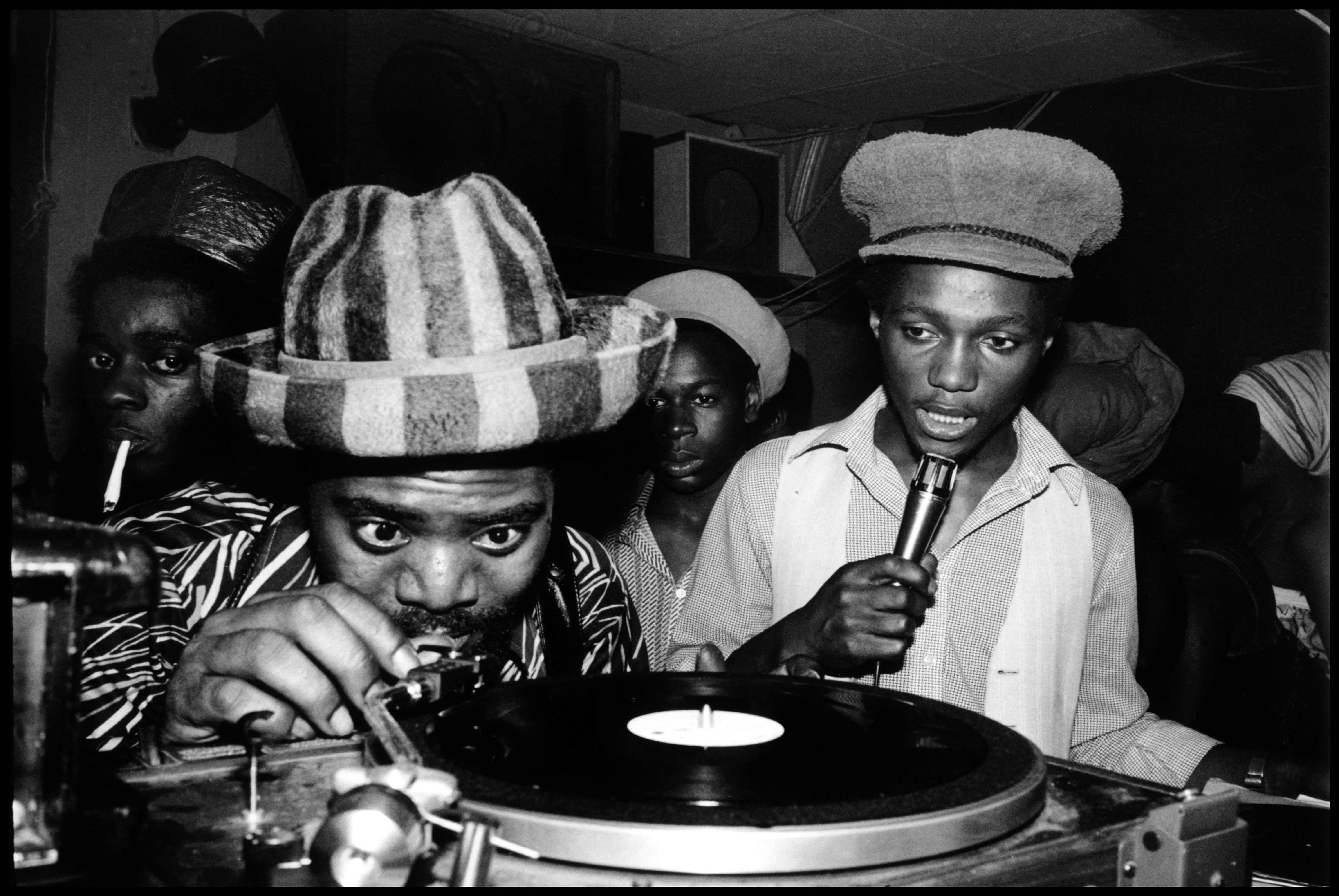 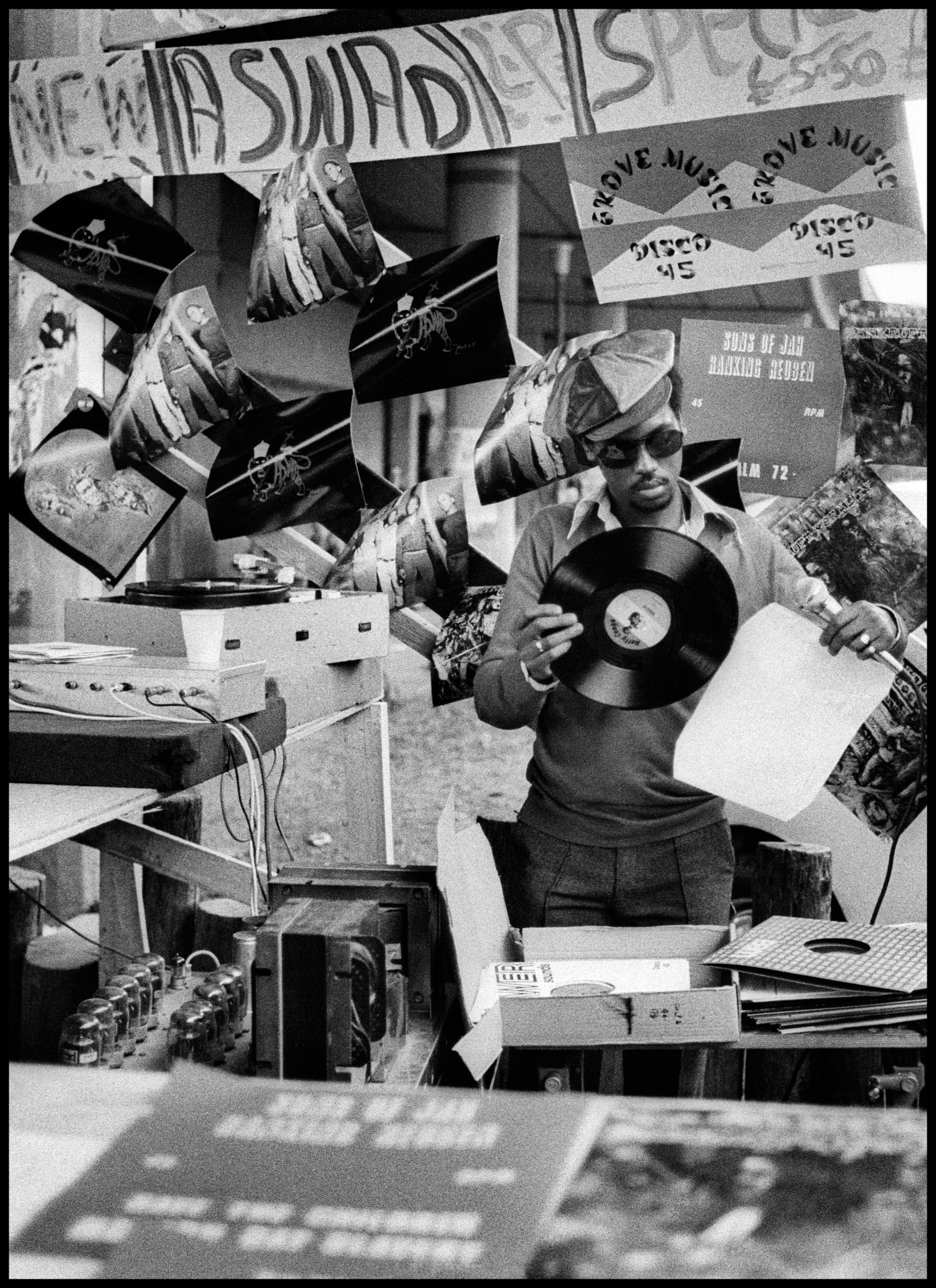 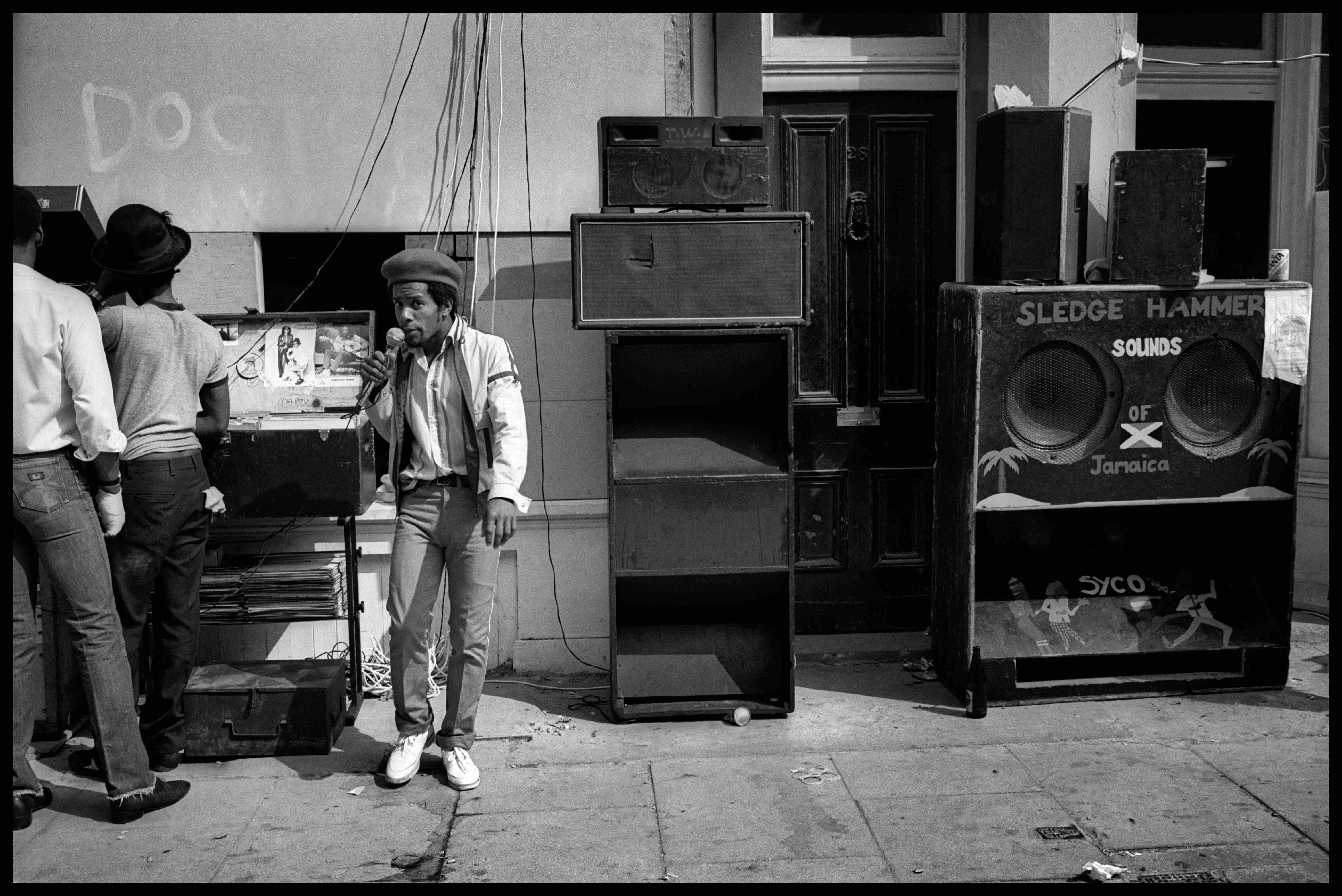 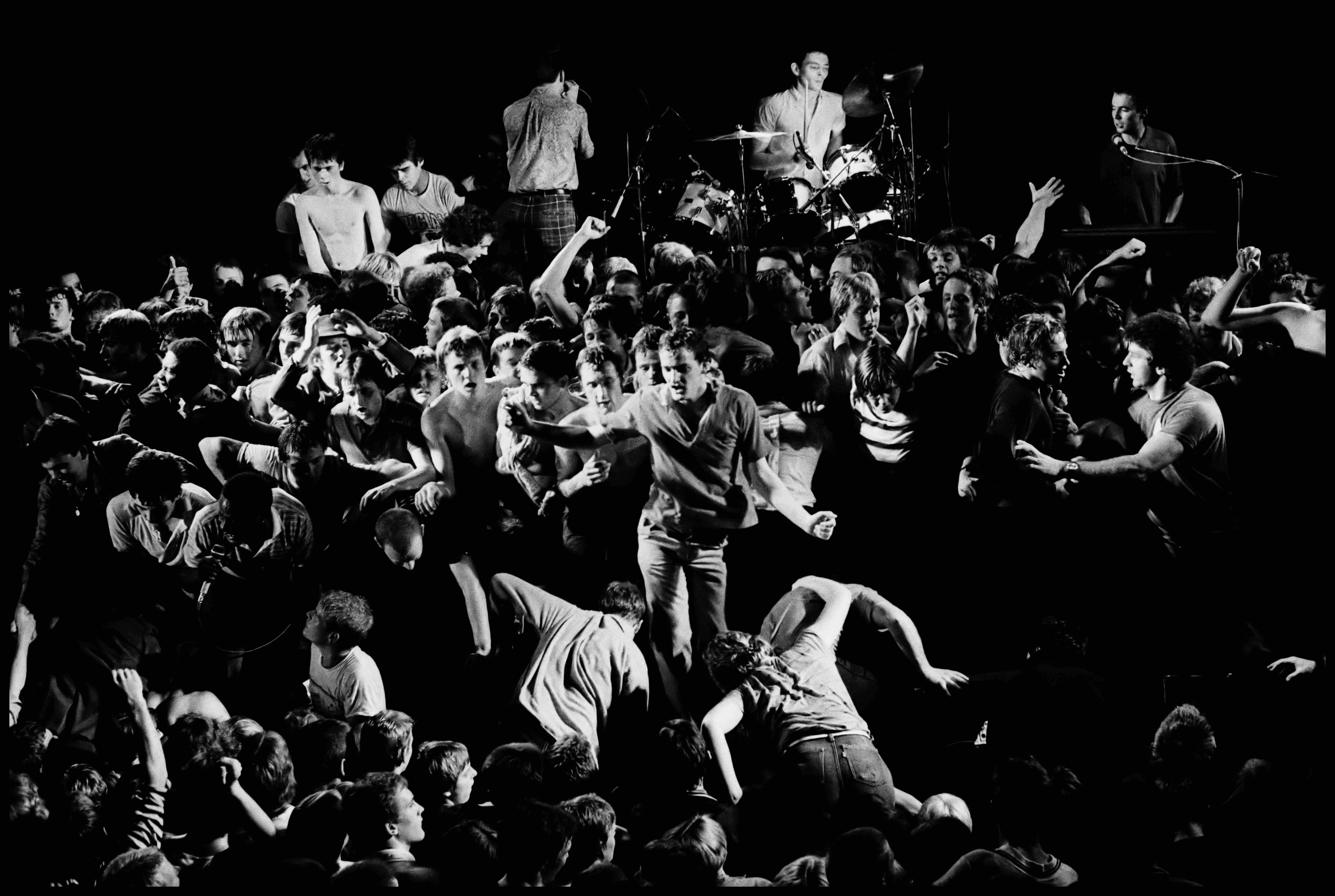 Specials concert in Brighton. Stage invasion brings the concert to a climax. 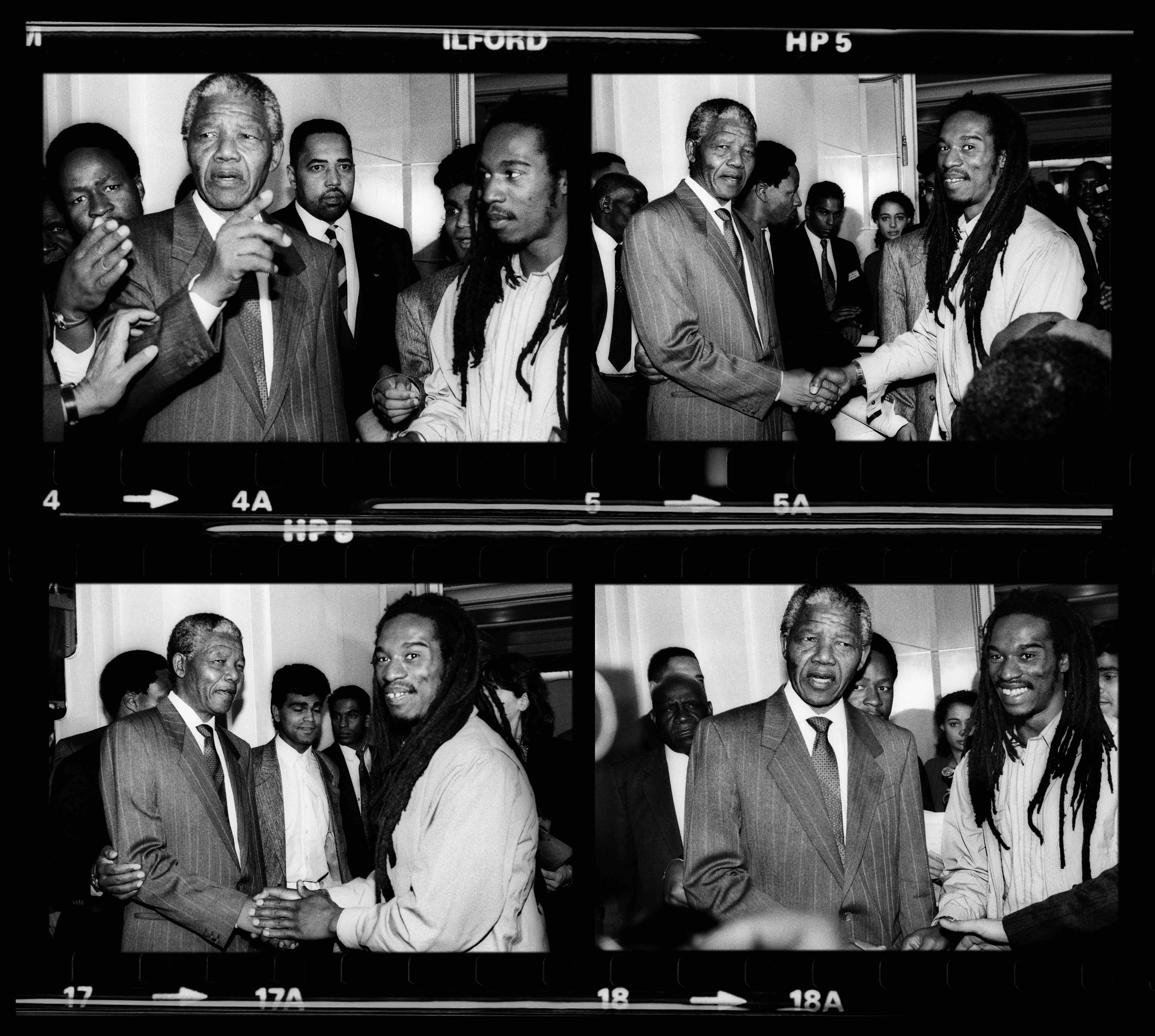 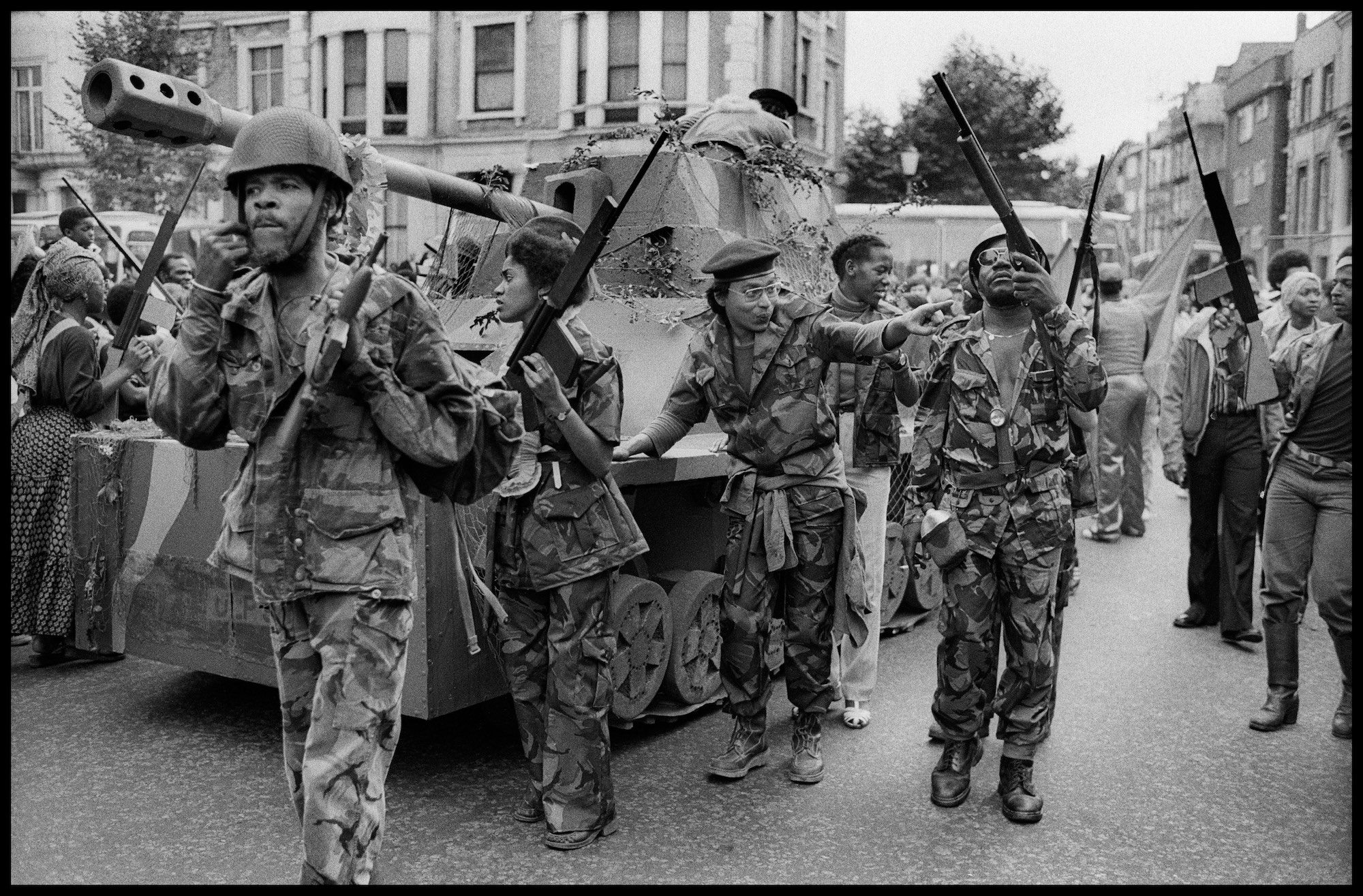 Linkedin
RELATED ARTICLES
OTHER ARTICLES
The two-day long event returned to London this year, showcasing a spectacular parade, steel bands and Caribbean food.
Yesterday thousands gathered outside Buckingham Palace after news of the Queen’s death broke.
Following the announcement of an 80% hike in the energy price cap from 1st October, crowds gathered outside the offices of energy regulator Ofgem to protest and declare their intention to undertake a payment strike.
A group of young Palestinians have found temporary freedom in the act of parkour, reimagining wreckage and ruins as a series of high-octane playgrounds.
With skyrocketing rents, packed out viewings, bidding wars and more, renting in London has never been harder.
Sean Maung’s photos are a love letter to the Black and brown communities that make up New York.