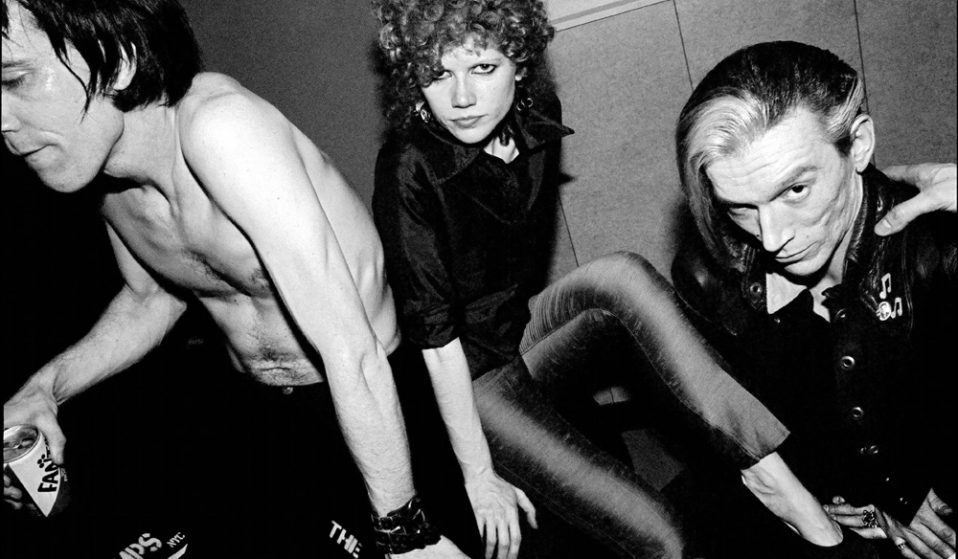 While working at Tower Records in San Francisco during the summer of 1977, Ruby Ray spotted V. Vale, a mysterious figure she had seen walking through North Beach. He was dressed in leather, long scarves, and carrying a stack of magazines under his arm.

“I was working at the cash register and I told the guy, ‘Look I have to leave right now!’” Ray remembers. “I ran after Vale and asked him what he had, and he showed me the magazine, Search & Destroy. I asked, ‘Don’t you need more photos?’ and he said, ‘Yeah, do you know any photographers?” I said, ‘Yes, me!’ That’s how it all started.”

From that fated encounter, a historic collaboration was born, one that unfolds masterfully in the new book, Ruby Ray: Kalifornia Kool, Photographs 1976-1982 (Trapart Books). 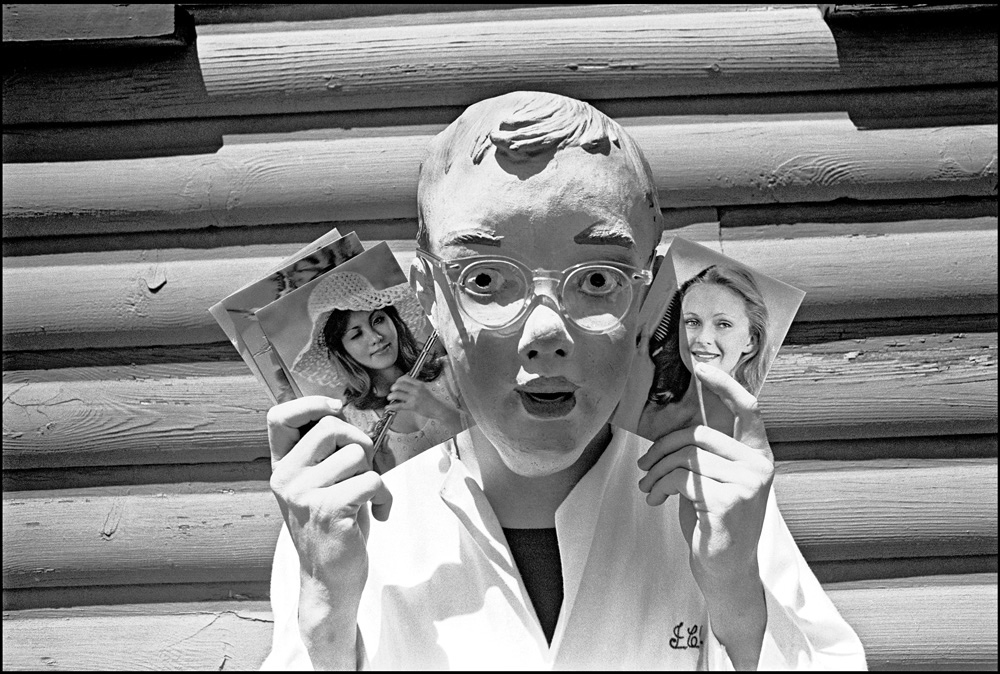 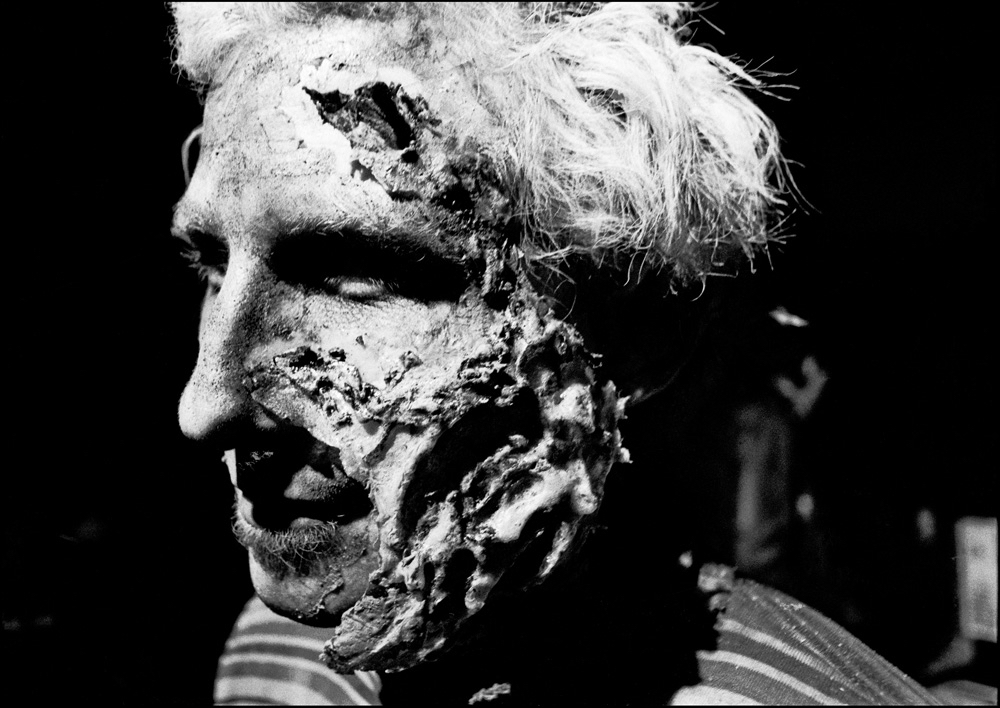 Whether she was documenting the Mutants playing a show for the inmates at Napa State Mental Hospital in 1978, or going backstage at the Mabuhay to photograph Sid Vicious after he tried to upstage the Bags by going on stage and cutting himself with broken glass, Ray captures the gritty glamour of SF punk as it hit the world stage.

As an insider, Ray saw it all, on stage and off. Her photographs of the Cramps, Devo, Darby Crash, Alice Bag, Exene Cervenka, Bruce Conner, William S. Burroughs and Cosey Fanni Tutti evoke the sensation of pure consciousness, of living in and for the moment. For her first shoot, she spent the day with the Dills, before heading to their gig later that night. “They totally blew me away,” she says. “I was so excited I couldn’t contain myself.” 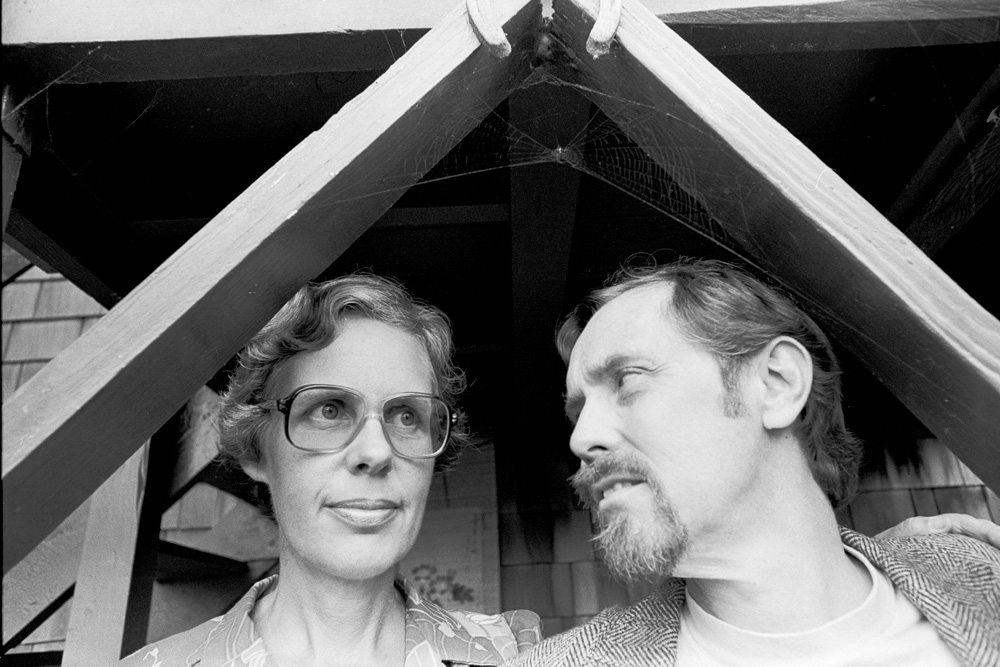 Bruce and Jean, 1979. Artist and Filmmaker Bruce Conner with his artist/wife Jean Conner under a cobweb in their yard. 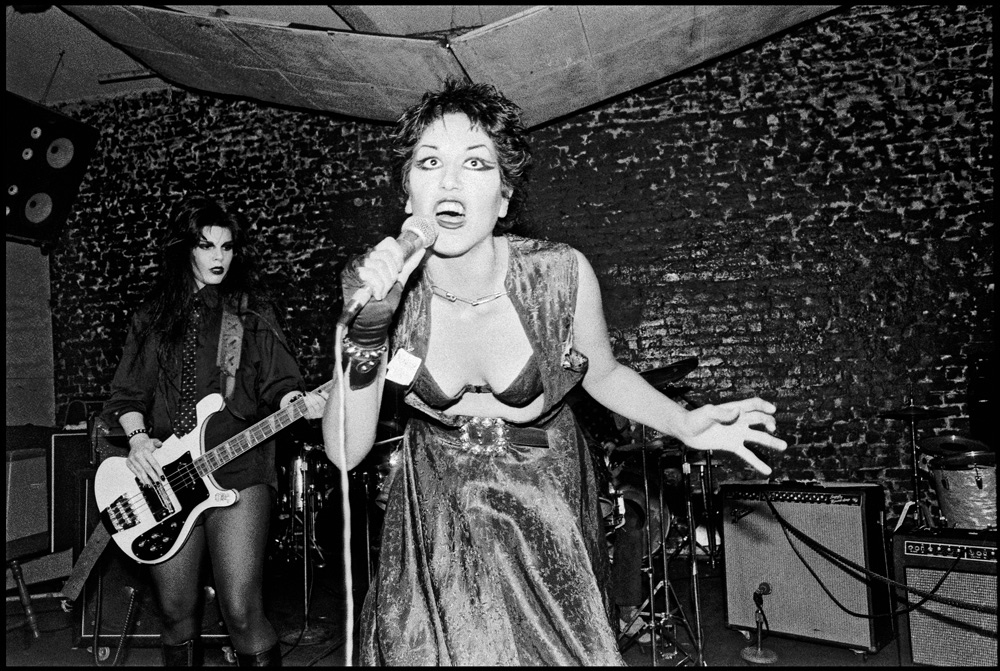 The Bags, 1978. Alice Bag sings and snarls. Pat Bag later played in the Gun Club and the Damned.

“My boyfriend at the time wasn’t into punk rock, so he wasn’t my boyfriend that long. But when he picked me up after the show was over, I got into the backseat of the car and I vomited because I had been dancing so crazy — it’s like I had to purge my past by puking it up.”

Her boyfriend, like many others, was not thrilled: “People hated [punks] and were constantly mocking us. They didn’t write about us in the paper. We were forming our own subculture because no one cared about us.”

“San Francisco is a small city, so a lot of cross currents were happening. It was a competitive period. Everyone was trying to be more artistic or a better band or wilder clothes – everyone was doing something to contribute to the punk ethos.” 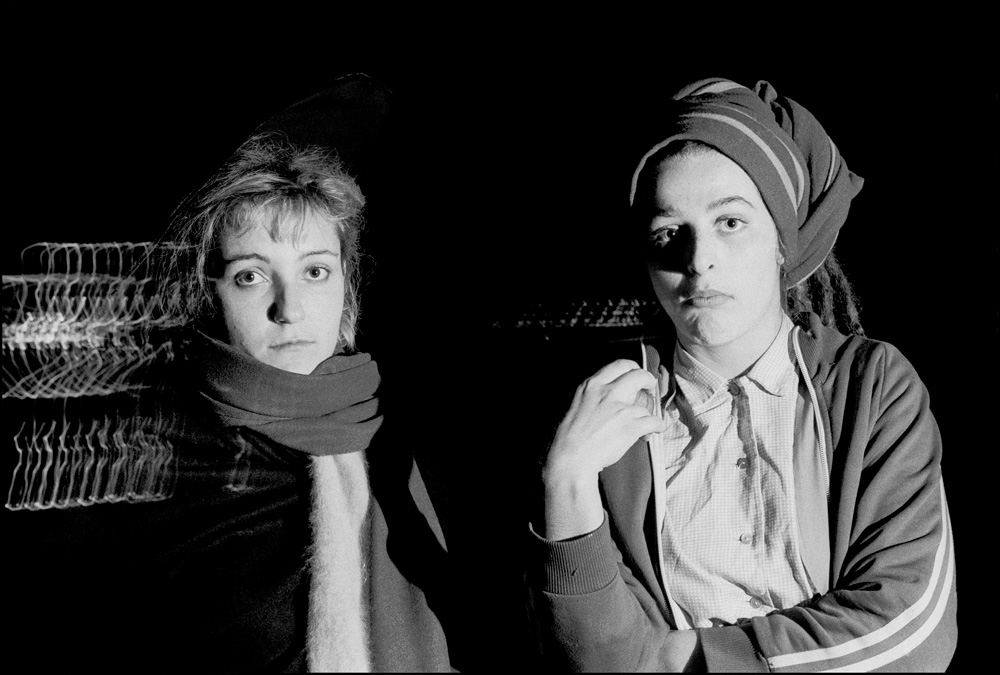 Slits – She Bit the Apple, 1981. Viv Albertine and Ari Up, on tour with the Slits from London, connect with the mythic on the RE/Search roof. 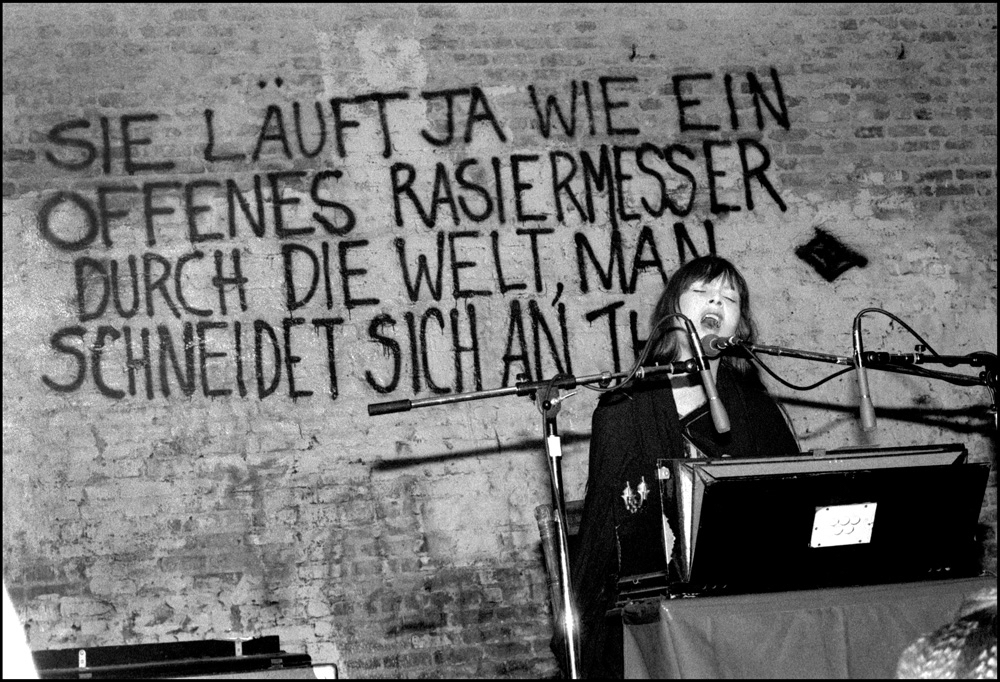 Nam Nico on the Razor’s Edge, 1979. Former Velvets’ Chanteuse at the Mabuhay with her epithet “She runs through the world like an open razor, and one might get cut.” 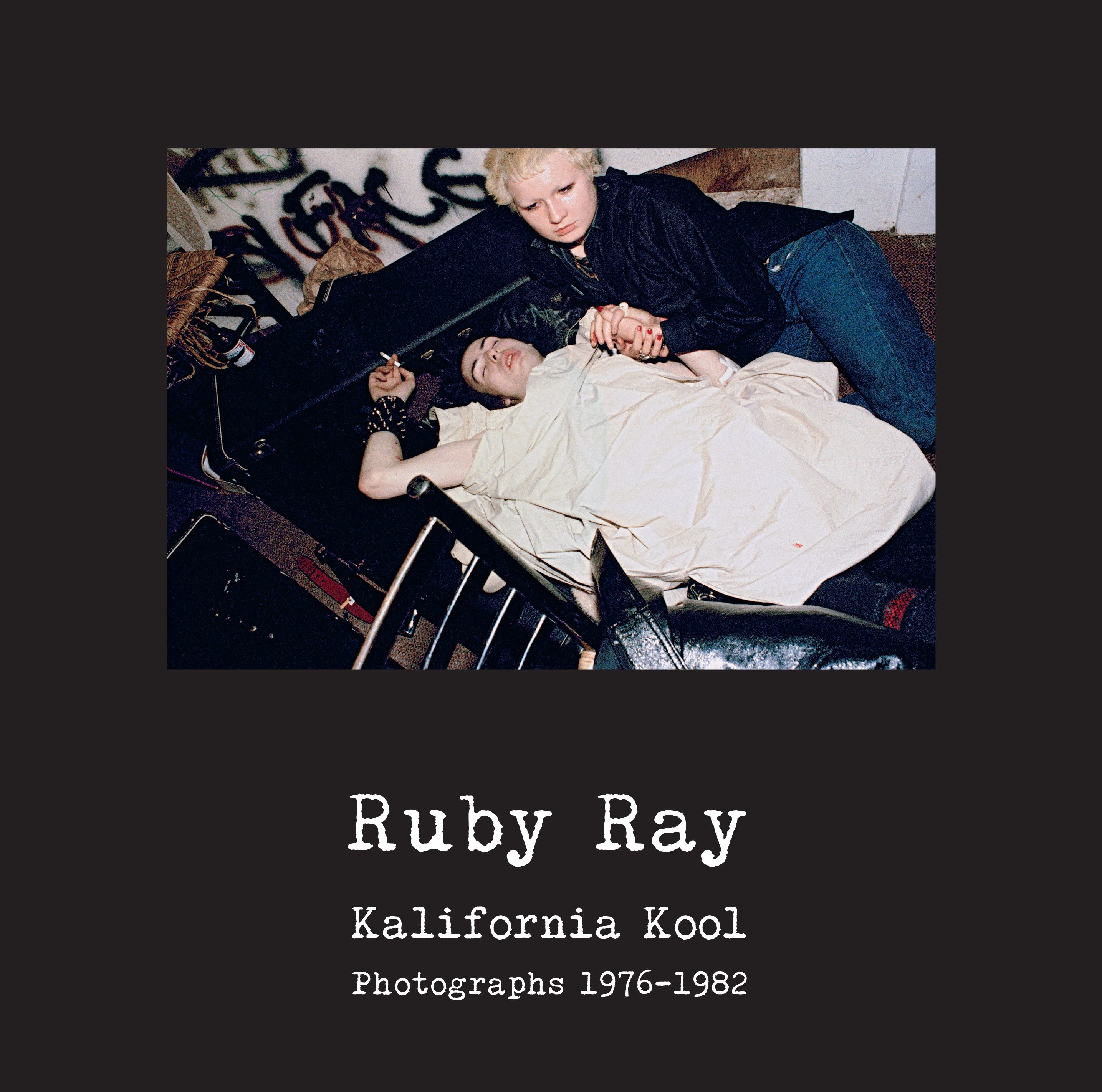 Linkedin
RELATED ARTICLES
OTHER ARTICLES
The government is scrapping the Human Rights Act in a move that will hit marginalised people hardest.
The author discusses her blistering new novel about history, revolution and queer love.
In the latest OFFF Dispatch, the enigmatic designer dives into his process, connecting the dots between his unique and varied creative output.
In the last of our dispatches from OFFF Barcelona, Rufus Deuchler and Vincent Gault discuss the future of creative process.
In our first OFFF Dispatch piece, the Arce Studio founder shares her tips on standing out from the crowd.
Members of the collective share some of their reasons to run as part of #UnitedBySummits, a campaign that looks to uncover transformative power of the outdoors.