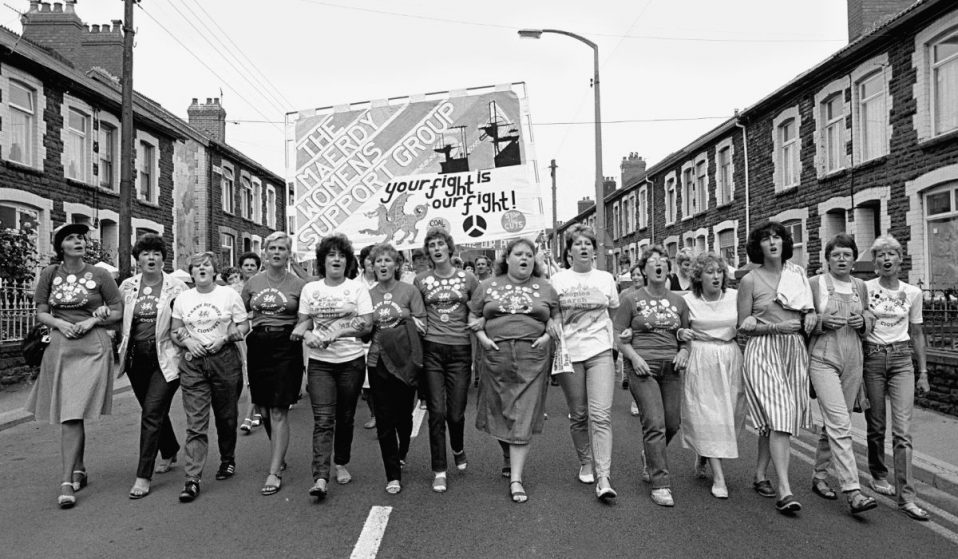 In 1984, Martin Shakeshaft set out to document the miner’s strike as it really happened.

In 1984, Martin Shakeshaft set out to document the miner’s strike as it really happened, using his photography as a tool for activism.

In 1984, Martin Shakeshaft was ready for a career change. He was in his mid-20s, working in the NHS as a nurse, but had become disillusioned by lack of funding and resources. “Some things never change,” he says today.

He decided to take a chance and applied for the Documentary Photography program at Newport – run by Magnum Photos member David Hurn. Luckily, Shakeshaft was one of the 12 students accepted.

Inspired by the work of Jo Spence and W. Eugene Smith. Shakeshaft recognised that photography could be used as a tool for activism. “I was very political at the time… I was using a camera to record the world around me, and in a way to help me make sense of it,” he says. “I had a strong sense of justice and couldn’t understand why everyone else didn’t feel the same.” 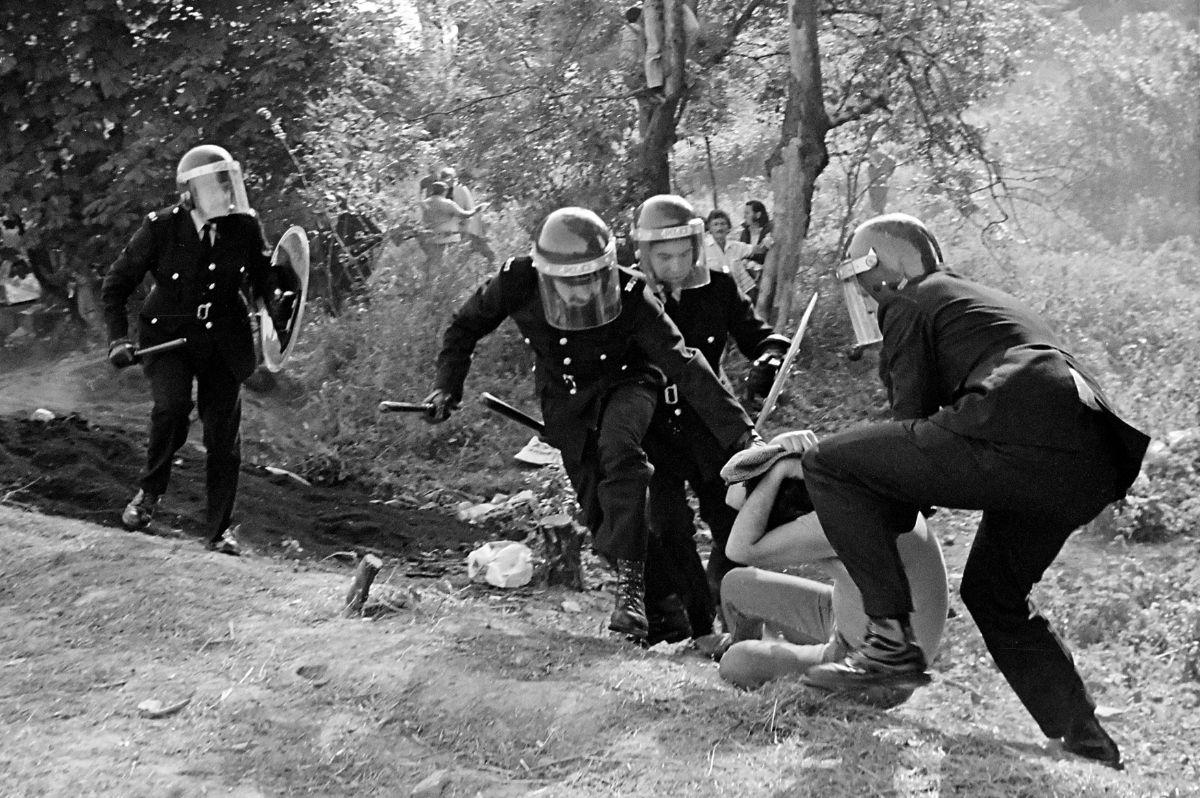 When the UK Miners’ Strike began, Shakeshaft headed to the frontlines to document it. His new book, The Miners’ Strike 1984–1985 (Café Royal Books), revisits that fateful year.

Shakeshaft got his start publishing photos of picket lines in political newspaper. But as he got to know the miners, he realised there was a bigger story to tell. “In addition to ‘headline events’, we began to cover what was actually happening in the communities,” he remembers.

During this process, he became close with a miner named Peter Harries. “I used to stay with him and his family in the town of Maerdy. Peter wouldn’t be classed as overtly political, but had no doubts that he was trying to preserve the future of his community. I got a real sense of the camaraderie that the miners felt for each other.”

As the strike continued, it divided the country. “After the previous Tory Government had been bought down by strike action in what had become known as the ‘Winter of Discontent’, Thatcher knew this was a battle she had to win. So the full power of the state was used to defeat the strike,” says Shakeshaft. 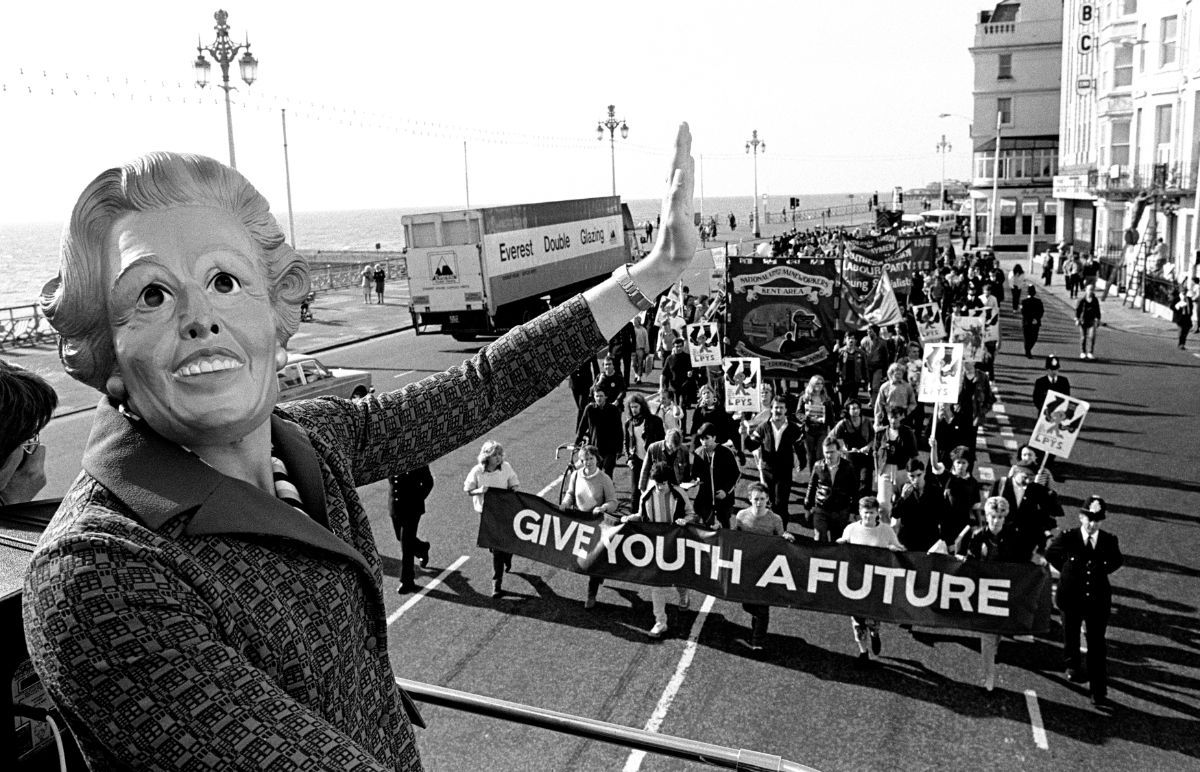 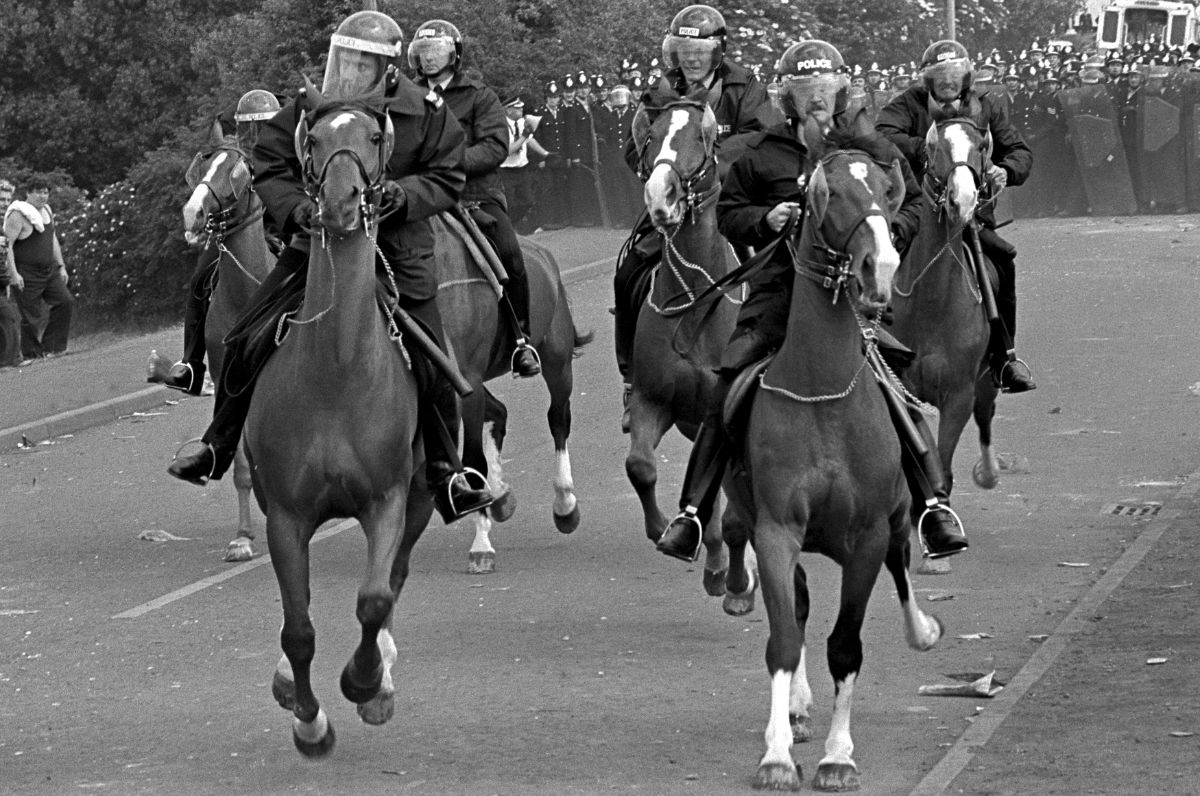 He quickly noticed the discrepancy between media coverage and actual events. Shakeshaft would get home in the evening after photographing on the picket lines, only to see a totally different versions of event played out on the news. He cites the 1984 Orgreave Riot, where 71 picketers were charged with riot and 24 with violent disorder, as an example.

“The BBC News stated that police horses were used to clear pickets, throwing stones at police lines. However, I was there and know that the police used horses and snatch squads against the miners long before a single stone was thrown. When the miners were charged with riot, some of my images where used by the defence to prove that the police had fabricated evidence against them.”

“At the time, riot was punishable by life imprisonment. The trials collapsed when the evidence given by the police was deemed ‘unreliable.’ As a photographer I am sometimes asked if ‘taking a photograph can make a difference’. In this case, it definitely did.” 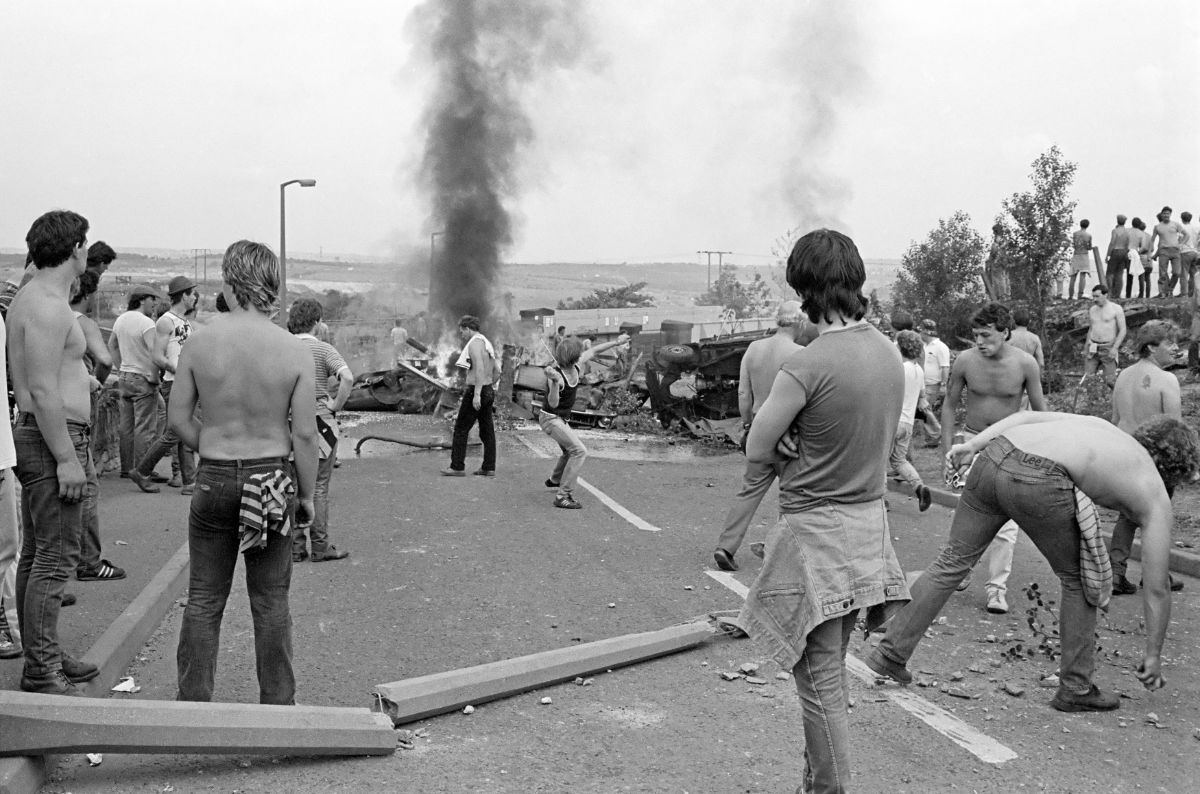 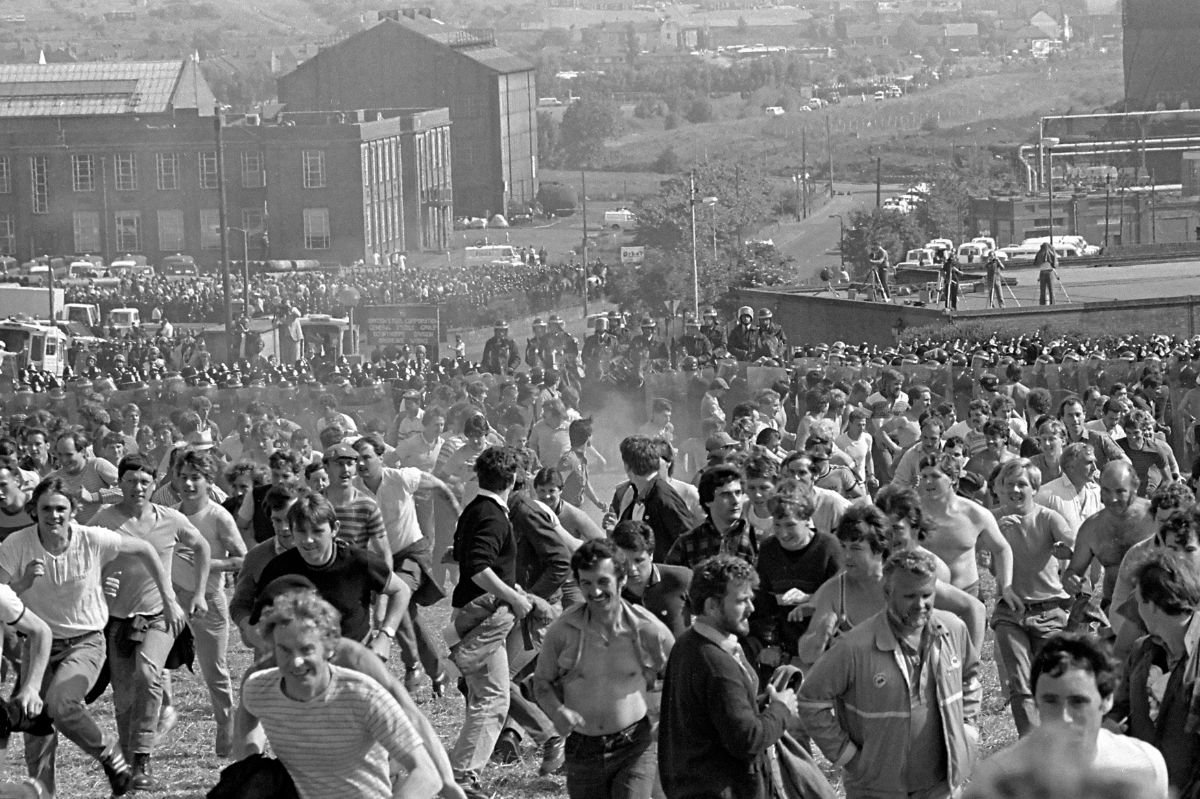 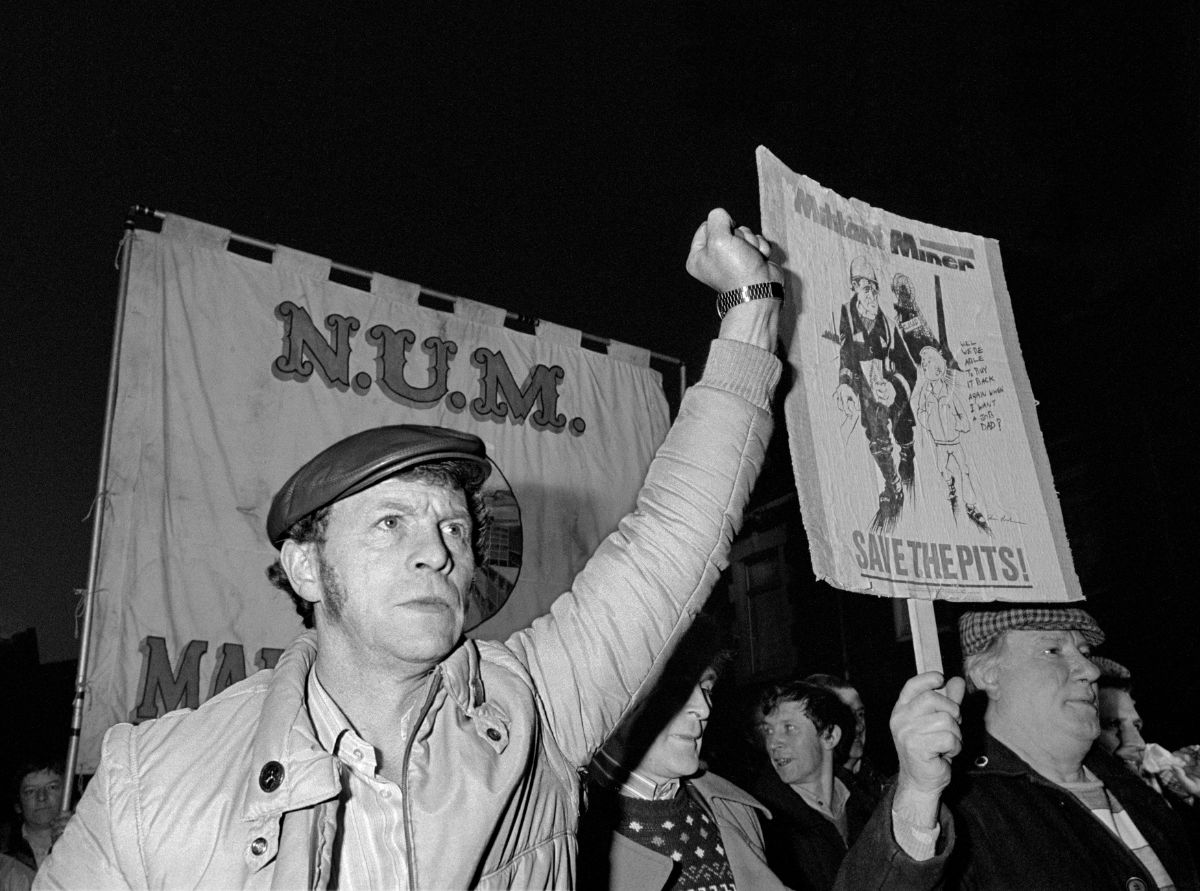 Linkedin
RELATED ARTICLES
OTHER ARTICLES
Mike Smith’s intimate photos offer a detailed record of the inhabitants of Boston’s streets in his characteristic non-judgmental yet direct approach.
While the popular news aggregation service has been kicked off Twitter, its demise does not spell the end of digestible misinformation.
The Philadelphia local has made a name for himself capturing the hardcore scene – and over more recent years, he’s been ramping up his coverage of the fight for social justice.
While the Colston 4 verdict is worth celebrating, it‘s debatable whether the law would’ve had such empathy for Black people in the same position.
Welcome to the Death Well: a gravity-defying display of fearlessness that reimagines what’s possible on a two-wheeled machine.
As the role of the nuclear family is increasingly called into question, people are finding new ways to exist outside heterosexist norms.