Art & Culture / Photography / Abandoned in the Jungle: What refugees in Calais left behind 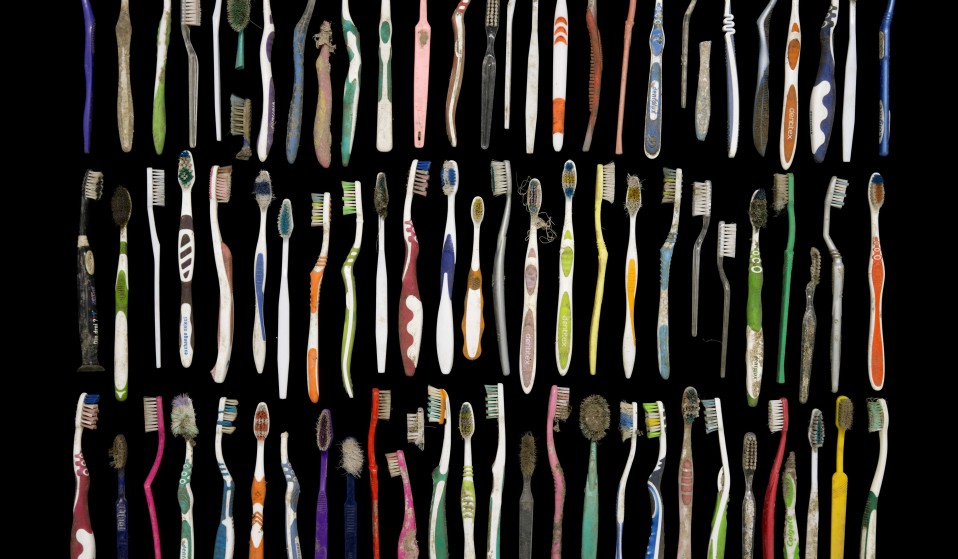 Photographer Gideon Mendel has been documenting scenes of struggle around the world since the 1980s. His latest project looks to the Calais migrant camp, where he collected possessions left behind.

As a young man growing up in the final years of Apartheid rule in South Africa, Gideon Mendel always felt an urge to capture the struggles faced by those living around him, determined to document the biggest problems society faces at the time. It’s a mission he’s carried with him as a photographer today.

In the years since his childhood, Gideon’s camera has led him across the world. Whether documenting the HIV and AIDS crisis across the African continent, or shooting floods breaking apart communities in all corners of the globe, his work shines a light on the greatest crises we are grappling with. 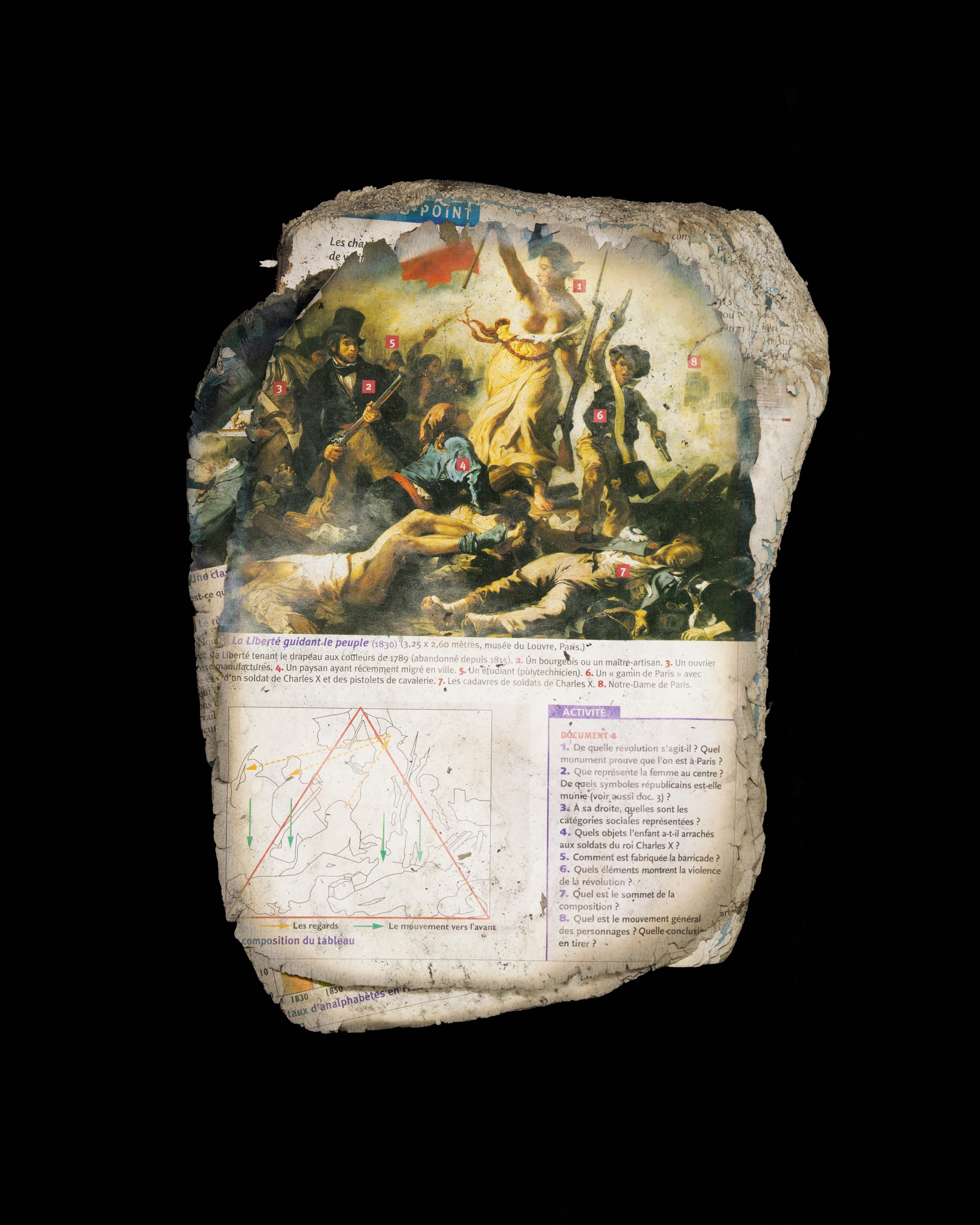 With the refugee crisis in Europe continuing to bring destruction and misery to so many lives, it was only a matter of time before Gideon turned his lens to those desperately seeking shelter within Europe’s borders. Over a period of months Gideon spent time in the Calais Jungle, intending to help share his photography skills with those living inside. But it soon became apparent to Gideon that he’d need to shoot his own work while visiting.

His latest project, “Dzhangal”, meaning “This is the Forest” in the Afghan Pashto dialect, contains images of the every-day objects he collected that had been left behind when he visited the camp, a comment on the normality of those lives now displaced. 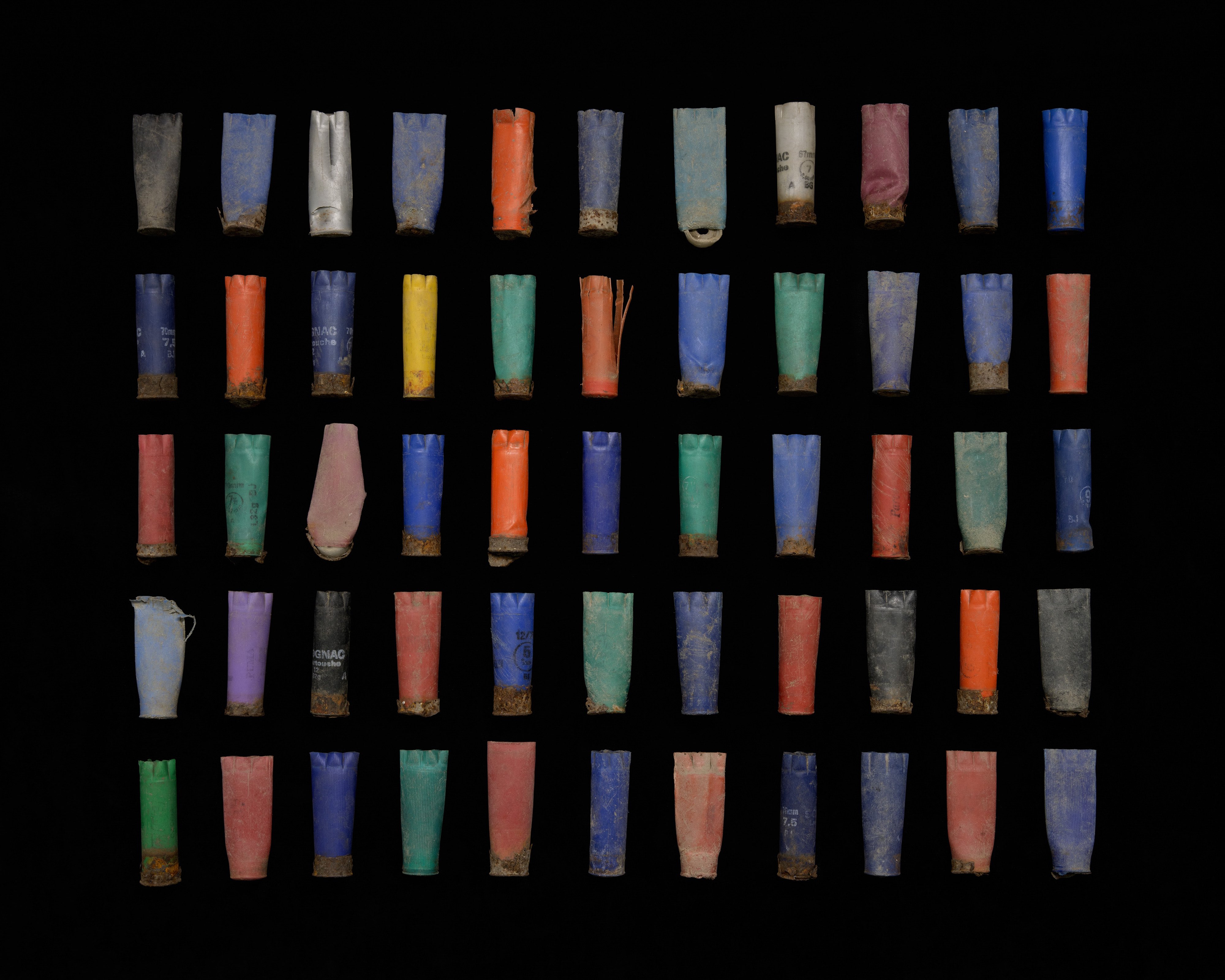 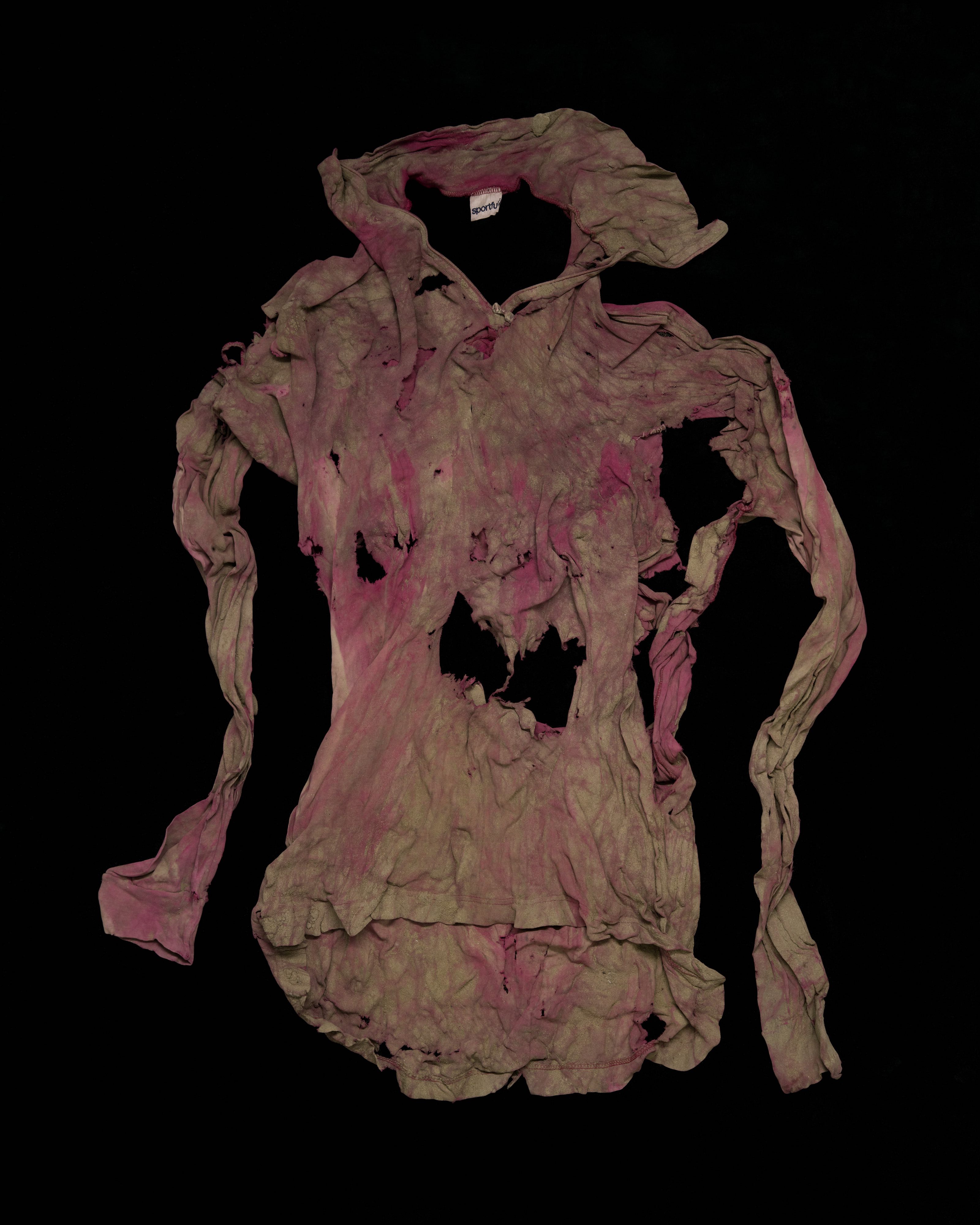 What was the atmosphere like in the Calais camp?
I was shocked by the… poverty I encountered in the camp. It was distressing, disturbing and just bizarre- like a music festival gone wrong. Imagine going to Glastonbury and being trapped there, trying to escape every night.  But every time I go it’s a different experience.

What was the main purpose of your visits?
I was there as part of a collaborative teaching project. The idea was to instruct migrants in the various skills they would need to represent themselves in the future. In theory, teaching them how to use the camera would help give these people a voice.

How did people respond to you being in the camp?
To be honest, the project wasn’t too successful, for an array of reasons.  It was very hard to get people’s attention; they were there to reach the UK and so were often not in the best state to think about photography.  We were surrounded by cameras, television crews, newspapers and NGOs, so it just felt like one huge intrusion. I think I suffered from a crisis of photography in general: a real anti-photographic impulse took over me. 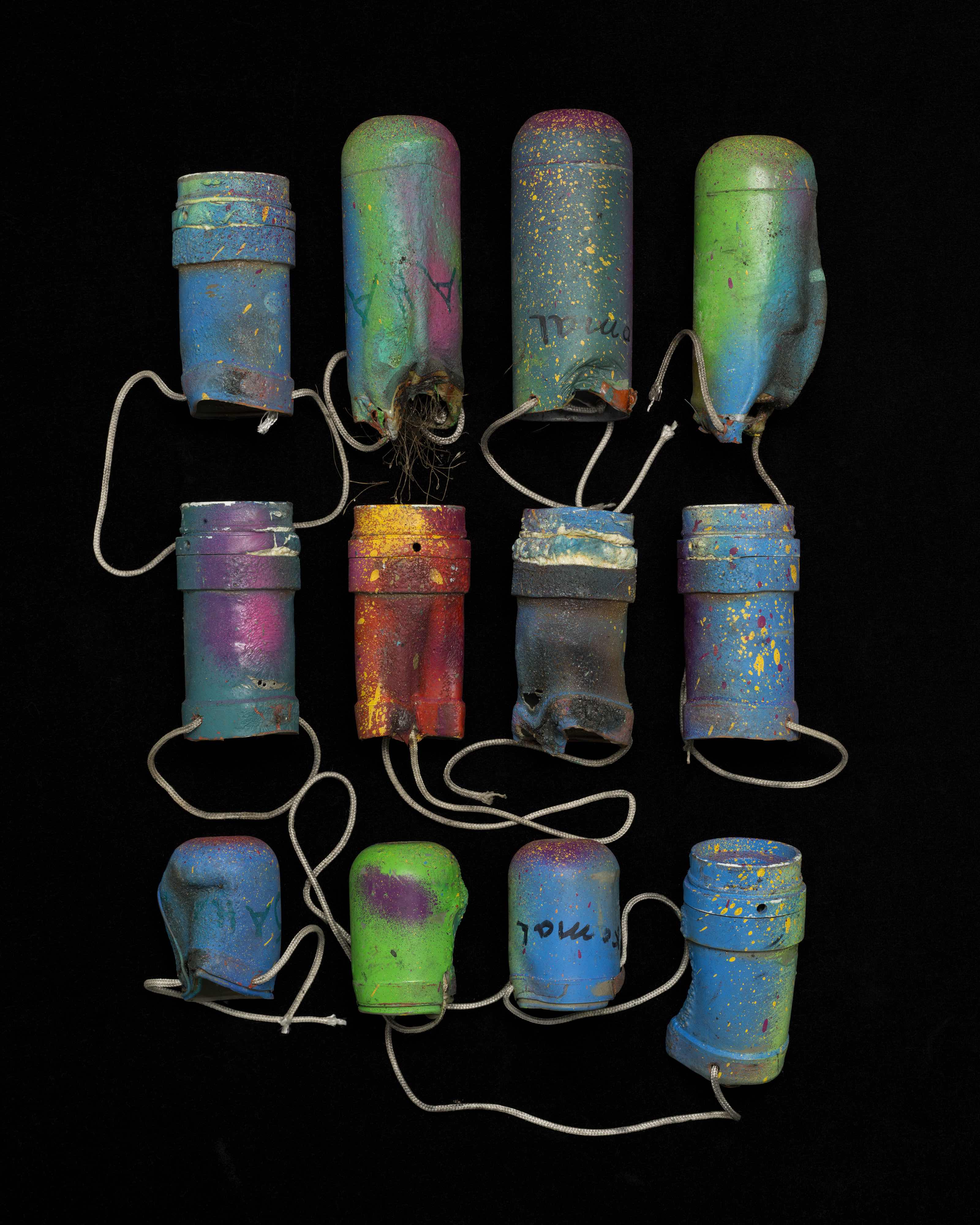 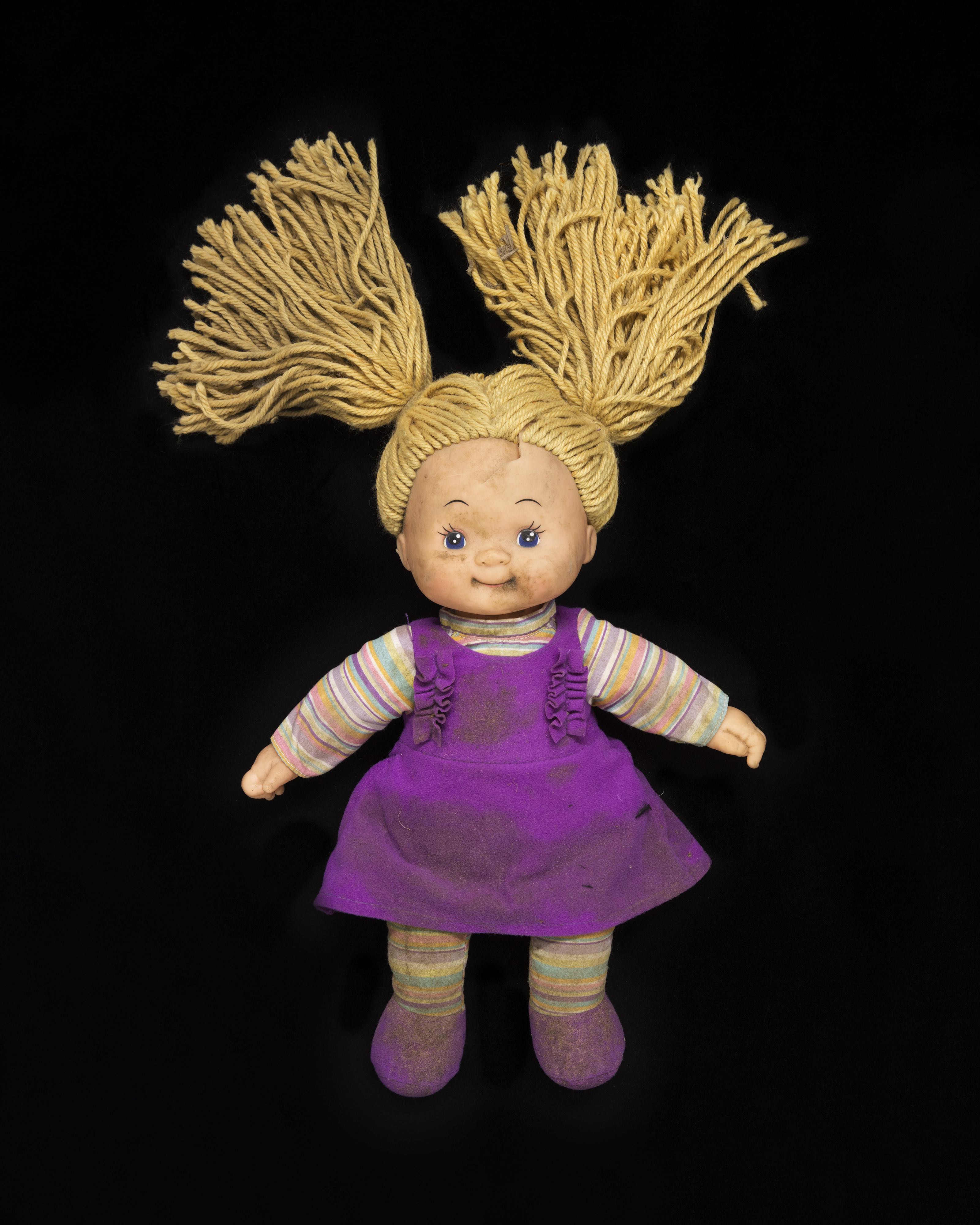 The Dzanghal project focusses on objects left behind in the camp. How did you go from teaching photography to capturing images yourself?
I was so affected by my time in the Calais camp that I wanted to find a way to respond. My photography usually takes a sideways view on the world, archiving continuities and patterns we see in abnormal circumstances. The camp represents a place where life has been thrown upside down in this way.

I wanted to position myself as an archaeologist and document lives in turmoil. I tried to imagine myself returning hundreds of years later and finding these material traces of displaced life. The visual arrangement of these objects is forensic- I tried to imagine how the Natural History Museum would arrange them behind a glass case.

Why did you want to curate these objects scientifically, rather than photograph them with their owners?
I try to take a sideward view on world issues in my photography. For me, the way I styled these objects was a different way of humanising the people who owned them. The banality of these objects can speak to everyone on a massive scale. I wanted to address displacement as a global problem. 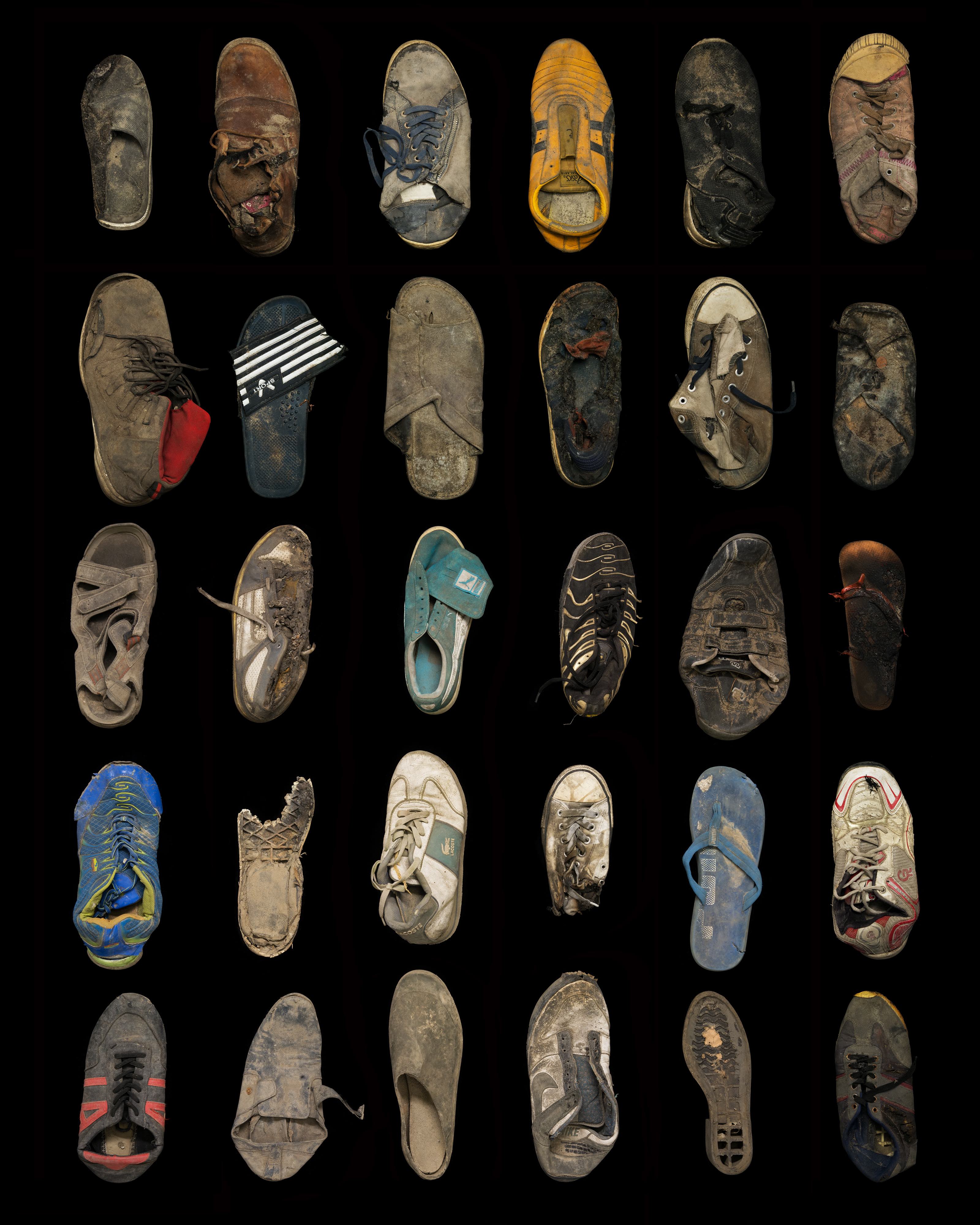 You’ve talked about all the media crews you saw in the camp.  Do you think we are becoming desensitised to photography of this kind?
Definitely. People just don’t want to think about dreadful things happening elsewhere. It’s so difficult to find a moral certainty or the right response to such traumatic situations. People are beginning to stop reading about war and humanitarian crises in the news, I think it just confuses them.

I have definitely felt that photography has failed in this respect. The “Breaking Point” poster used during the Brexit’s leave campaign was initially used to create sympathy from the Western world for migrants. Political organisations later used it to incite racial prejudice among voters. Of course, photography can be used for good, but as a photographer you must think deeply about how your work will be used.

You can pre-order a copy of Dzhangal, or head along to the London exhibition.

Linkedin
RELATED ARTICLES
OTHER ARTICLES
Russell T. Davies’ drama is a potent reminder of the suffocating shame gay men endured during the AIDS crisis. It should also be a call to arms, writes Politics Editor, Ben Smoke.
For four decades, photographer Mariette Pathy Allen compassionately documented the transgender community, celebrating the profound humanity of those living outside the gender binary.
A new exhibition brings together lesser-seen works from the archive of Leni Sinclar, which chronicle Detroit‘s counterculture and struggles for justice.
A new exhibition celebrates one of the most pioneering photographers to have lived, whose work captured the complex realities for Black Americans between the ’40s and ’70s.
As the Covid crisis exacerbates and exposes the problematic structure of work, the subreddit r/antiwork are asking: what if the issue with work was work itself?
When it was first released, JEB’s landmark photobook revolutionised how queer women saw themselves. Now, four decades later, the photographer says we still have much further to go when it comes to LGBTQ+ representation.