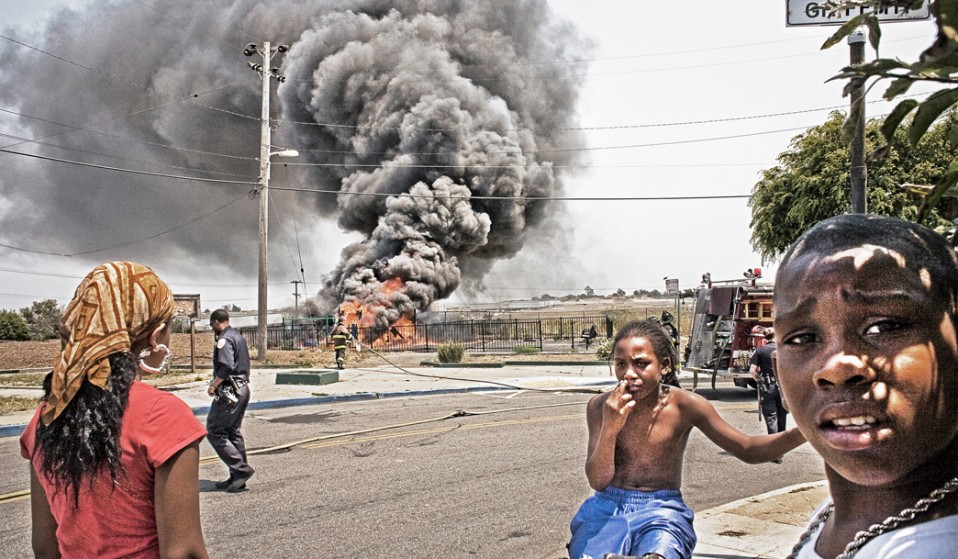 By documenting neglected stories on the edge of San Francisco, Alex Welsh came to realise that stereotypes can be created or broken in a flash.

By documenting neglected stories on the edge of San Francisco, Alex Welsh came to realise that stereotypes can be created or broken in a flash.

I first went to Hunters Point when I was working for the school paper at San Francisco State University.

At the time I was interested in photographing a story about the health effects of the contaminated naval shipyard on the predominantly African American community living in nearby public housing.

The reporter and I went door-to-door to interview residents about the high instances of asthma and cancer in the community, but it soon became apparent that the health issues were only part of an array of social ills that plagued the neighbourhood, the most pressing being gang violence among the youth.

After we filed that story, I decided to create a larger body of work. I wanted to tell the story of youth involved in gangs because I believed it went largely underreported in the media.

I knew that it would take time to gain the community’s trust. The kids involved in gangs were initially hostile, but after several months, I was invited to photograph the funeral of a kid who was ambushed by a rival gang. 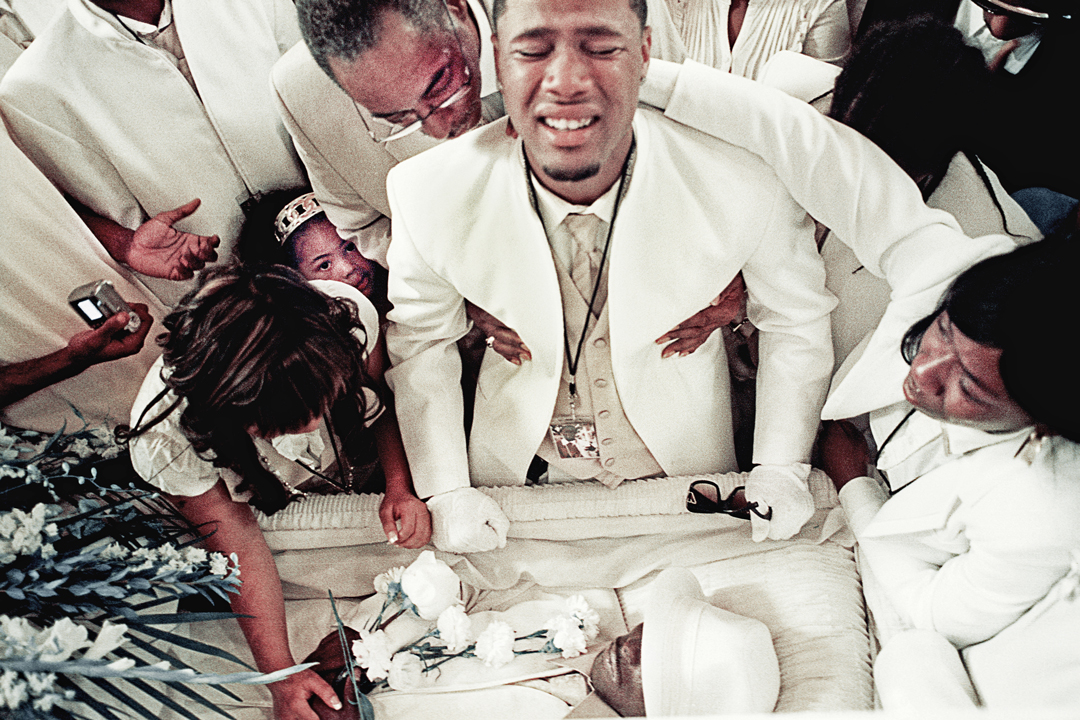 After I gave those photos to his friends and family, the kids on the block invited me in and I began to photograph their daily lives.

The Hunters Point community quickly became important to me, and the process of telling their story over the next two years was one of the most meaningful learning experiences I’ve had. I think it’s unrealistic to believe the photographer’s perspective will not affect the story.

But that’s the valuable part of long-form storytelling: the more time you spend on complicated stories, the more you are able to breakdown your preconceived notions, and the more truthful your imagery becomes. And I think that is the only way to produce work that is honest.

As I became more invested in documenting the lives of my subjects, I had to navigate to not immerse myself in the story, which proved difficult. In communities like this, working with youth who struggle with poverty, violence, lack of employment and crime, you have to communicate your intentions in an honest way.

When covering issues like gang violence, creating boundaries is also extremely important; you need to be aware of how your presence with a camera is influencing people’s actions.

During this project, I was inspired by the work of Alex Webb, Jonas Bendikson, Mikhael Subotzky and Eugene Richards. It was my first project shooting in colour, and the pastel colour scheme of the neighbourhood influenced the flat and muted toning of my pictures. I shot almost entirely with a deep depth of field to flatten the image, creating a canvas-like image to compose on. 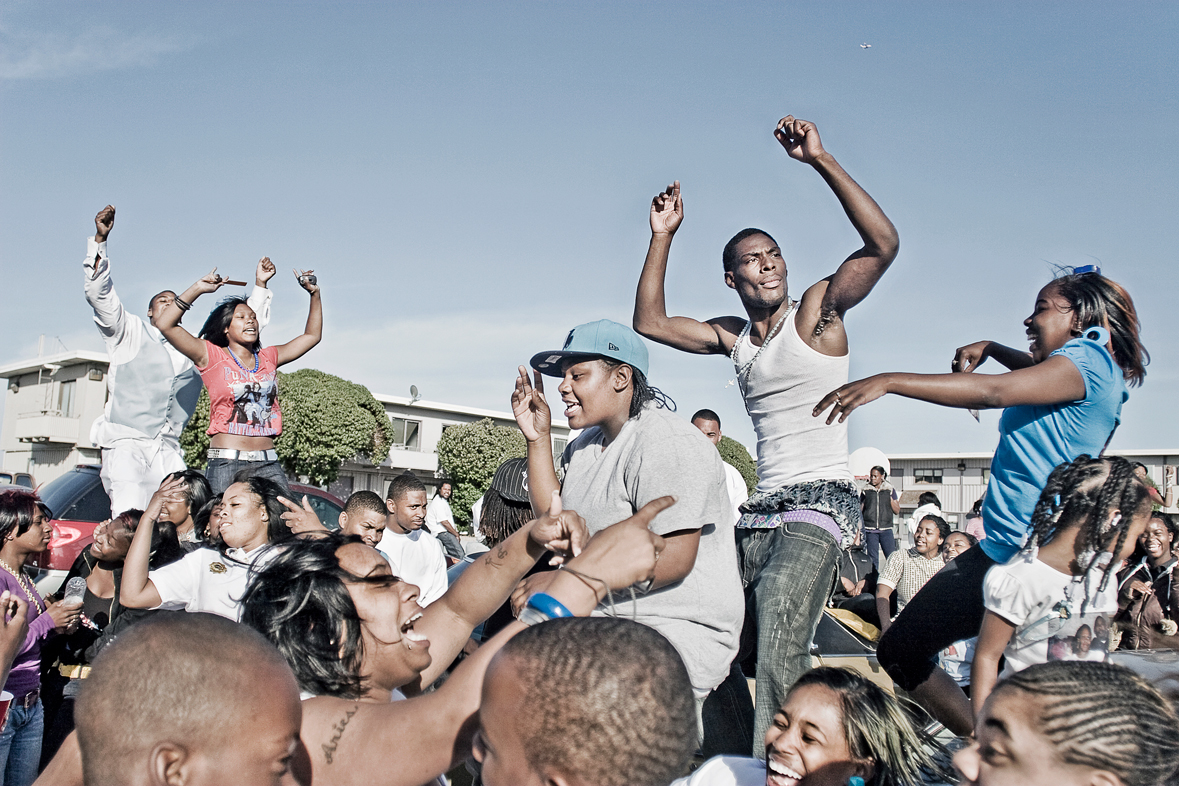 I still shoot with the first 5D, which has a very unique look compared to the newer models. Overtime, my relationship with the camera has greatly informed the aesthetics of my imagery. I have grown fond of the 5D’s digital noise and saturation, and have done my best to utilise them as tools to create a consistent visual style across all my projects.

Overall, the documentary process is a challenging one, and to succeed the photographer needs to continuously question their approach to storytelling.

How do I balance conveying the urgency of issues stemming from gang violence, while simultaneously breaking the stereotype of criminalisation of black youth prevalent in the media?

I have worked on stories like this for years and I’m still struggling with these questions. My ultimate goal in Hunters Point was to encourage a conversation about race and inequality in San Francisco that at the time I felt was being largely neglected by people in the city, and was ultimately a microcosm of a larger problem in our country as a whole.

Linkedin
RELATED ARTICLES
OTHER ARTICLES
As Ukraine erupted in conflict, Brendan Hoffman jumped on the next flight – confronting his own shattered reality in the process.
A holiday to India became a trip back through time when English photographer Paul Calver stumbled upon a group of surfers giving birth to a brand new scene.
New York-based photographer Shane McCauley describes travelling the world with prolific deejay and producer Diplo to document the disparate music scenes blowing up the underground.