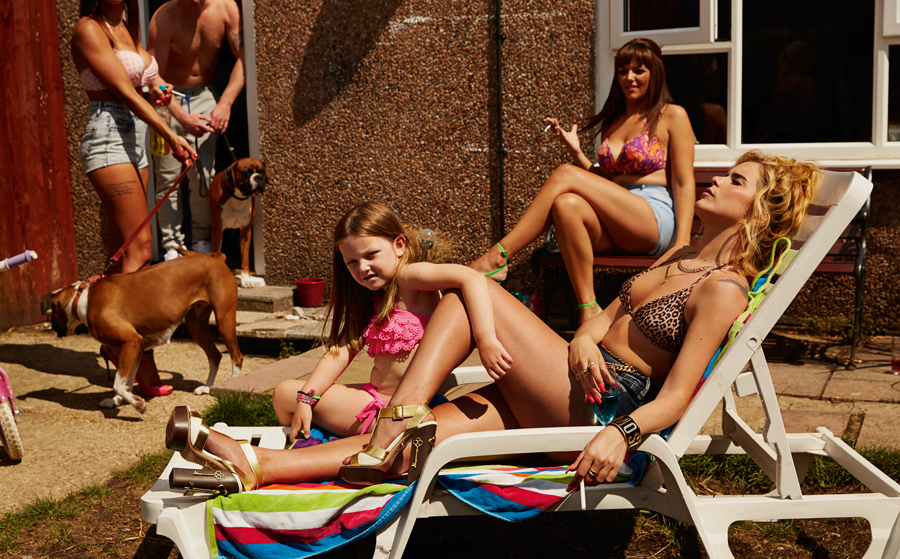 From Liverpool to Havana, Nairobi to Hawaii, photographer Alice Hawkins takes a look at how fashion and individuality come to life in different corners of the world.

From Liverpool to Havana, Nairobi to Hawaii, photographer Alice Hawkins takes a look at how fashion and individuality come to life in different corners of the world.

Photographer Alice Hawkins loves Dolly Parton. She also loves identical twins and Vegas showgirls holding small chihuahuas in handbags – but above all, she loves people with character. And it’s these people she’s been photographing for the past twelve years, all over the world.

Moved by spontaneity, Alice’s images show a unique balance between her subjects’ personal taste, their cultural landscape and high-end styling, achieving a genuine intimacy that is rare in fashion photography. Whether it’s seen in a portrait of Hugh Hefner holding a white bunny or of girls partying in Jamaica, the focus isn’t on absolute perfection but on embracing the joy in the original.

Her latest book, Alice’s Adventures, is a testament to the global influence of style, the beauty of personality and to the fact that there’s much to be seen around the world, if you bother to look for it, and just go with your gut. 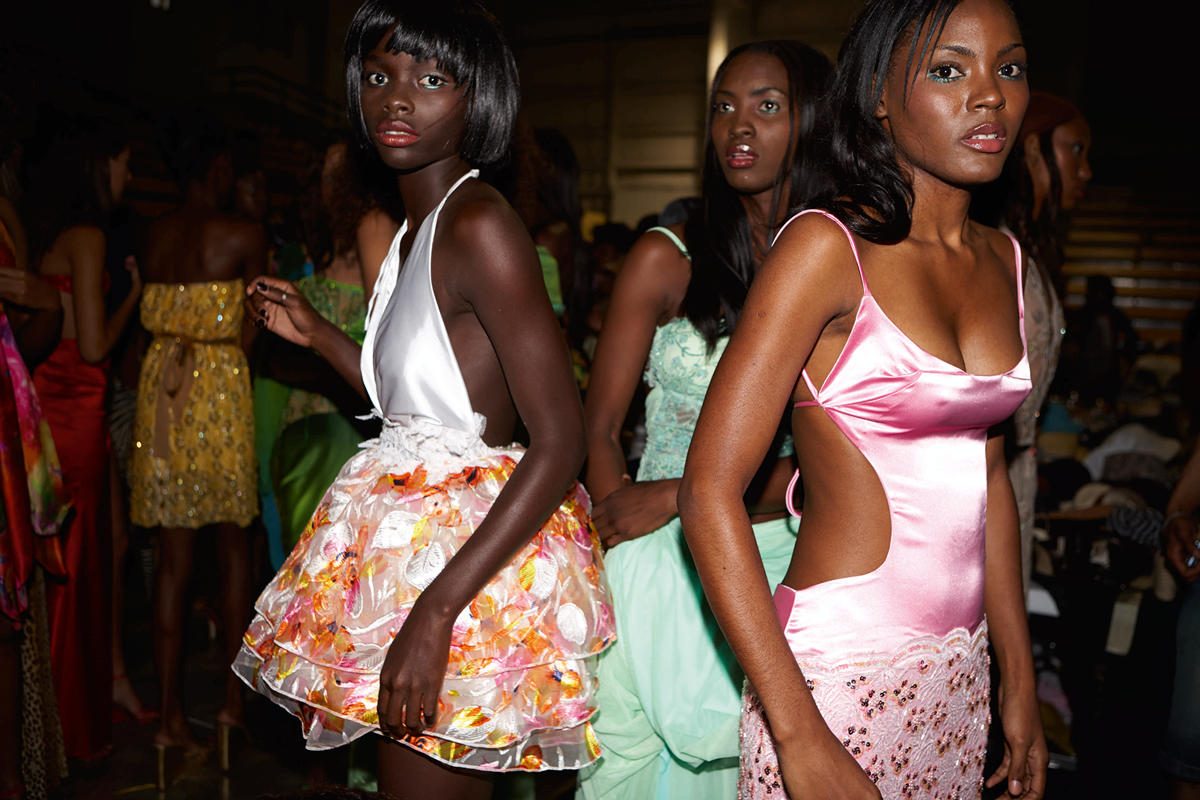 How did your fascination with photographing people in their own environments start?
My dad is an author – he writes books about the second world war, so during my whole childhood we had American veterans staying at our house. We made a few trips overseas to their houses, and that made a lasting impression on me I think, this idea of a stranger letting you into their world and how important you can become to each other.

I was also really impressed with the first place we stayed in the U.S., which was Palm Springs. I grew up on a small village in Suffolk, in the English countryside. To me, Palm Springs was that Beverly Hills 90210 show that we’d watch every Saturday night. It was Dallas or Dynasty. So until this day, I still have a very intense love affair with America.

Your photographs mix high fashion styling with people’s actual wardrobe – how do you find the balance?
First and foremost, we are celebrating who the people we photograph are. I am always attracted to someone as a subject because of their unique character, so I don’t ever want to go in and give them a makeover. Everything is done to heighten and to flatter who they are.

With styling, we do bring clothing that was decided beforehand with some criteria –  for example, in a certain palette because it’ll go with the landscape of the country being photographed. But that doesn’t mean you can’t have tracksuits, suits or dresses mixed into it. There just needs to be the right feeling. Like in Texas, where we went with the idea of dressing people in their Sunday Best.

I want the pictures to be believable. When you photograph someone, it is a special occasion, and in the same way that if I was going to take a prom picture of myself when I was 17 I’d spend months thinking about what I was going to wear, there’s an attention to how people want to be seen, want to portray themselves. 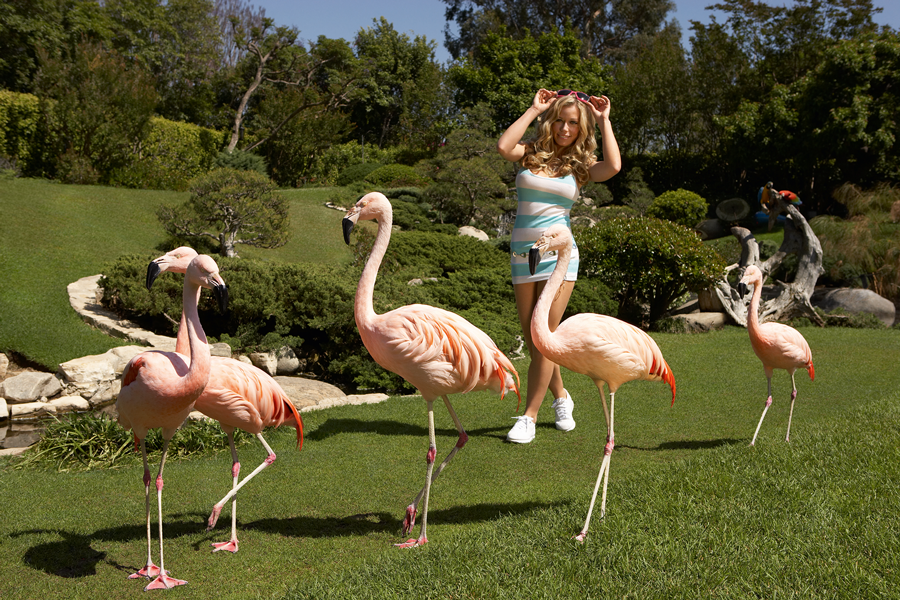 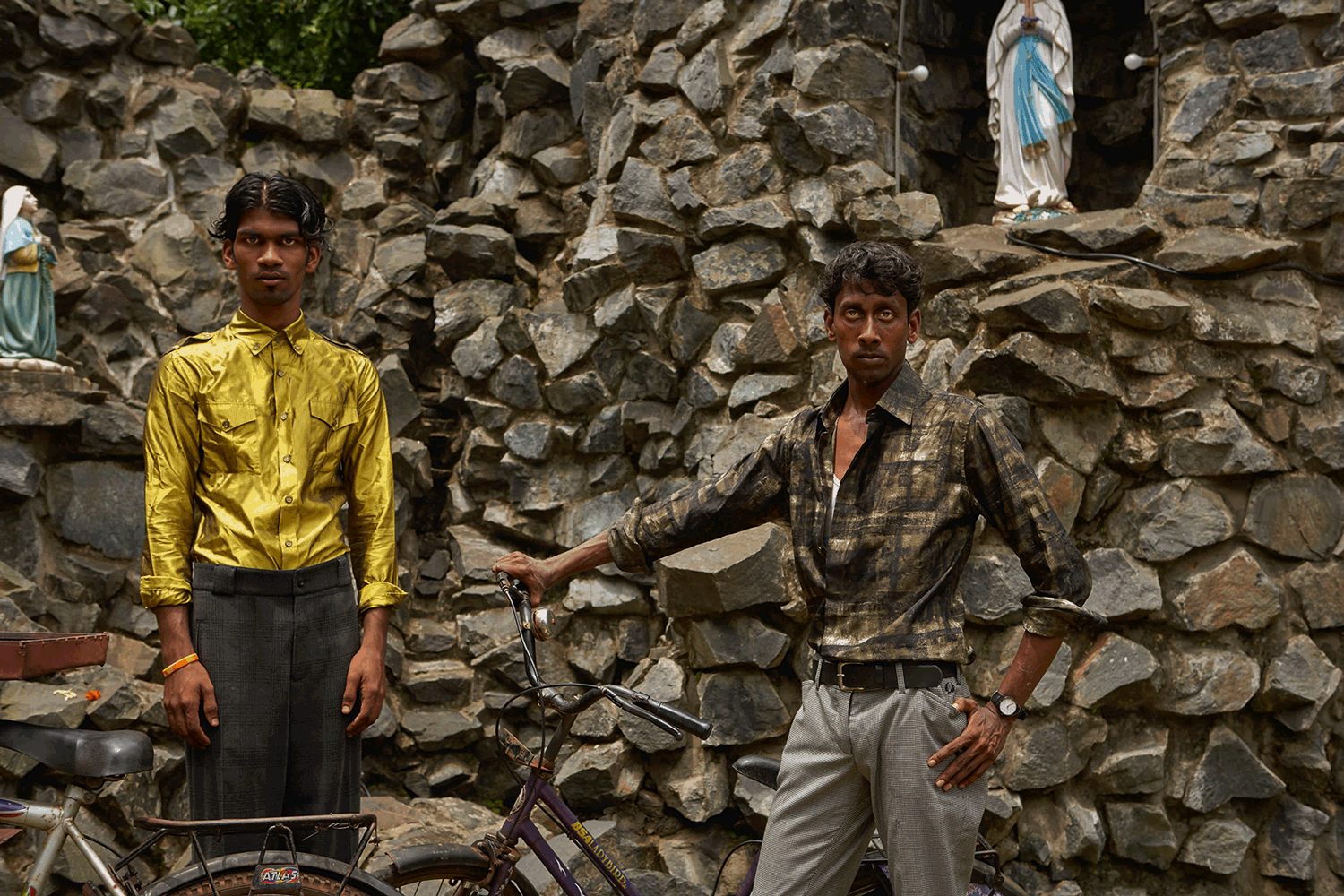 You say you’re attracted to characters – is there anything in particular that always stands out to you?
I always go on the hunt. But I love identical twins and I love Dolly Parton, so anything that resembles Dolly excites me. I like big hair. I like people that make an effort with their appearance, who look like they just walked out of a film set.

What places have you been to that brought the most unexpected images?
I suppose the places that I didn’t know much about before going. For example, Nairobi, in Kenya.  There’s so much swagger in the national dress sense – it doesn’t matter if you’re really poor or really rich, you can still have an incredible sense of style.

I suppose that was unexpected in a way, because I’d never been there, and tourists go and only get taken on tours of tribal villages. I did go to those places, but I wanted to represent the identity of the country in a new way, in a different platform.

After travelling so many countries, what did you realise about the role fashion plays culturally?
In India, I found it really different that a lot of the women we photographed weren’t allowed to show certain parts of the body. It was sort of a flip in expectations, because in England for us to get our midriffs out it’s a bit daring, a bit “oooo”, but there it’s a very common, comfortable thing.

The arms, however, might have to be covered up. So there’s those kind of things that you realise, which are down to quite different cultural taboos on what’s acceptable or unacceptable, beyond Westernised expectations. 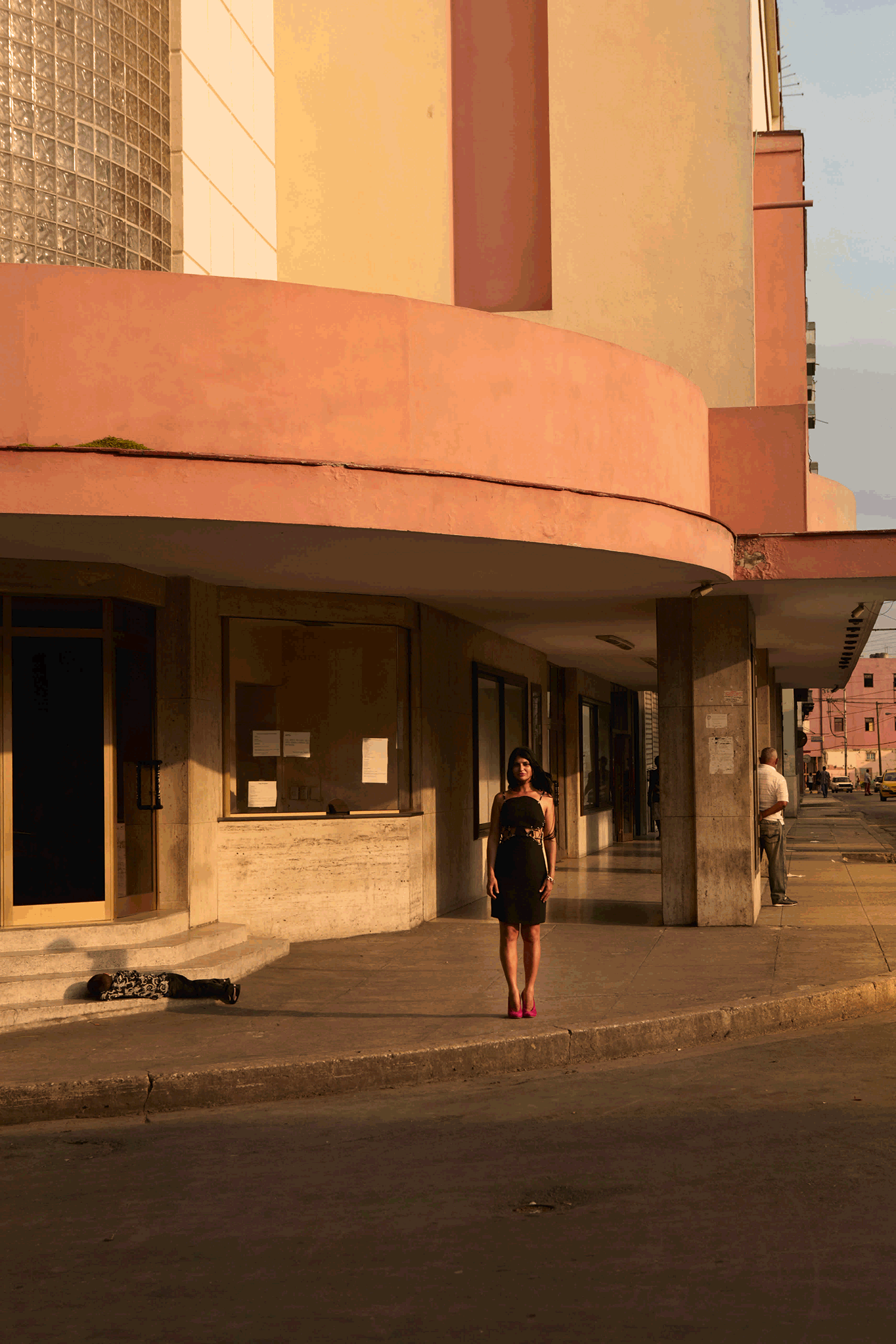 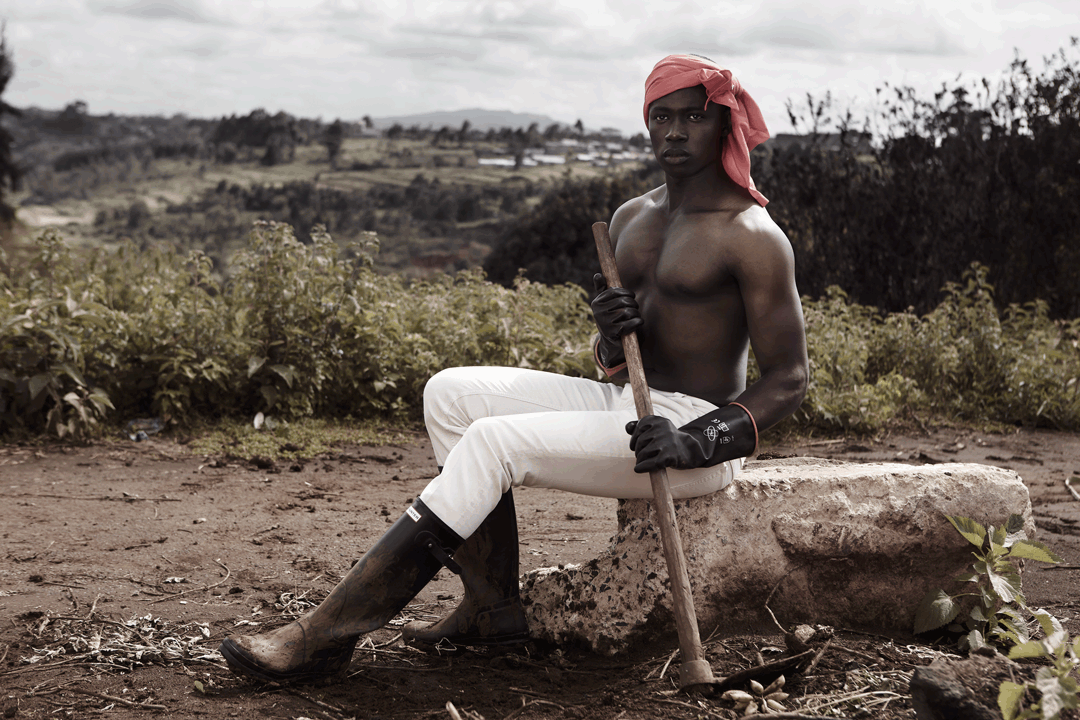 Is there a big difference between photographing big celebrities like Hugh Hefner in their homes and photographing street-cast everyday people?
Not really – I always photograph people I really believe in, that I feel a genuine admiration or interest towards. That’s the same feeling towards celebrities or people I might cast in Walmart.

Photographing people is quite an intimate experience, and you do get to see beyond the television screen – you see that everyone is just trying to be themselves, trying to be successful and trying to have a good time. Obviously I get nervous photographing celebrities – especially if my mum and dad are huge fans of them. I’m only human. For example, I’d love to photograph Dolly Parton but I think I’d just…faint. I wouldn’t be able to do it. But if the opportunity came, I wouldn’t say no, obviously.

Even when it comes to celebrities, I try to put them in their own environment, so that it feels like they just made you a cup of tea or something. Keep it as normal and genuine as possible – that’s harder with celebrities, because for a lot of them, being photographed is work. 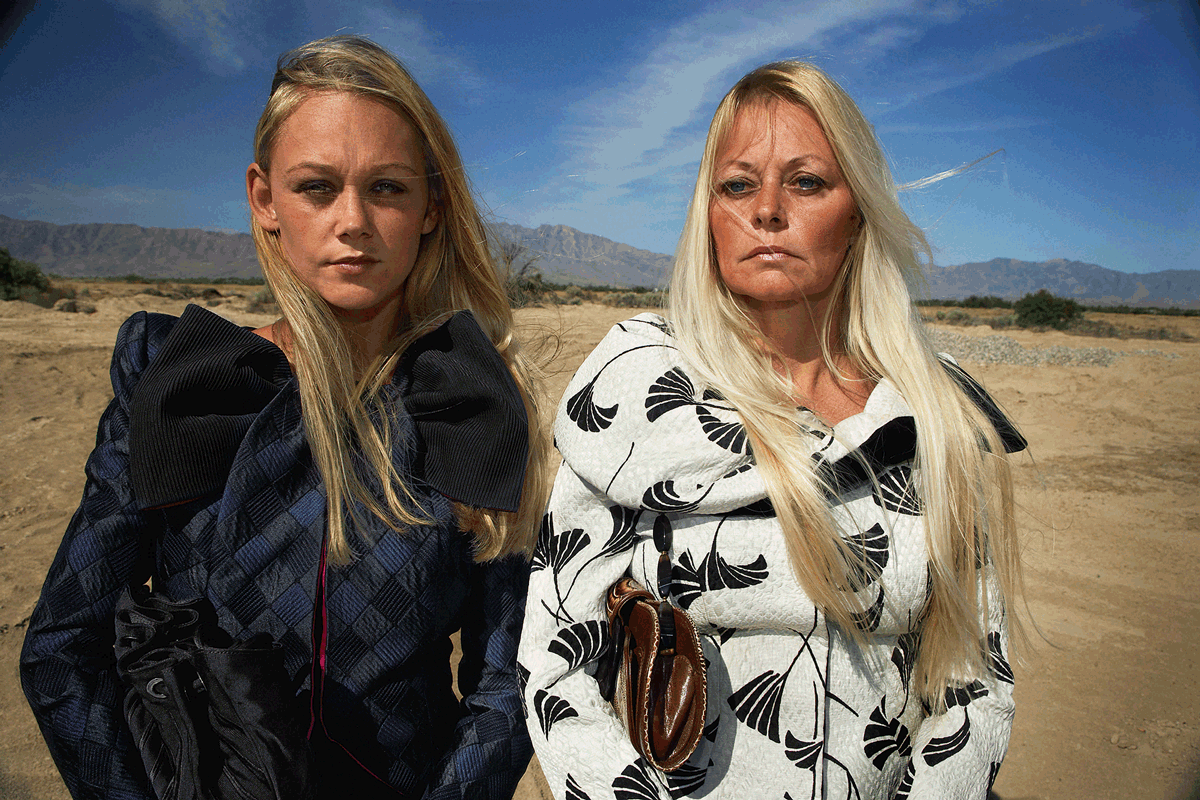 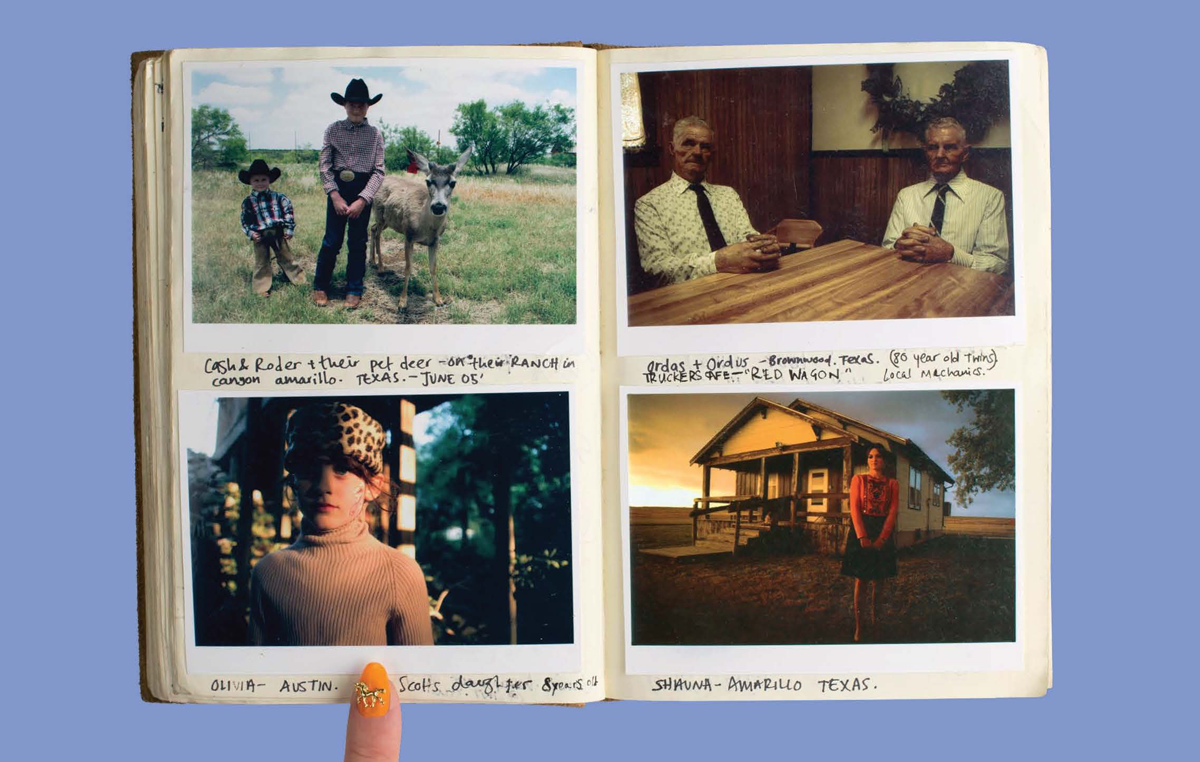 Do you feel like your style has changed a lot over the years?
Not really – I still refer to lists of projects I wrote down years ago. Essentially, it’s my taste and my own instincts that I go with. My technical ability has gotten better, but I also feel like there’s something sweet and naive about things not being perfect, glossy, crystal sharp and all that nonsense. I want to regress a bit and not get carried away with the amount of support I can have now if I want to.

I love how, in the book, you can have an image that I took two years ago beside one I took eight years ago. I mean – we’re only on this planet for a short amount of time, so there’s only so many directions you’re going to go in. Like I said before, if it’s not broken, don’t fix it. You can feel this extra pressure about how your next editorial has to be so much more amazing than anything you’ve ever done, but I think that as I’ve gotten older, I just don’t feel like I should panic about changing and making things different all the time just for the sake of it. You have to be confident and follow your instincts.

Linkedin
RELATED ARTICLES
OTHER ARTICLES
As she gears up for the release of her first book, the 24-year-old climate activist talks standing up to authority and building a more inclusive movement.
After building his reputation covering the US civil rights movement in the 1960s, the photographer went on to produce some of the most enduring images of the past century.
After blocking the Scottish government’s gender recognition reform bill, Westminster is now devising further changes to the law to make it harder for trans people to self-identify.
Photographer Sean Maung reflects on documenting a small town in Pennsylvania afflicted by high levels of unemployment, poverty, violence, crime, and addiction.
Filmmaker Laura Poitras discusses her new documentary which traces the remarkable life of the artist-activist and the impact of her battle against the US opioid crisis.
Theo McInnes’s photos of the annual event provide an intriguing snapshot of contemporary Britain.