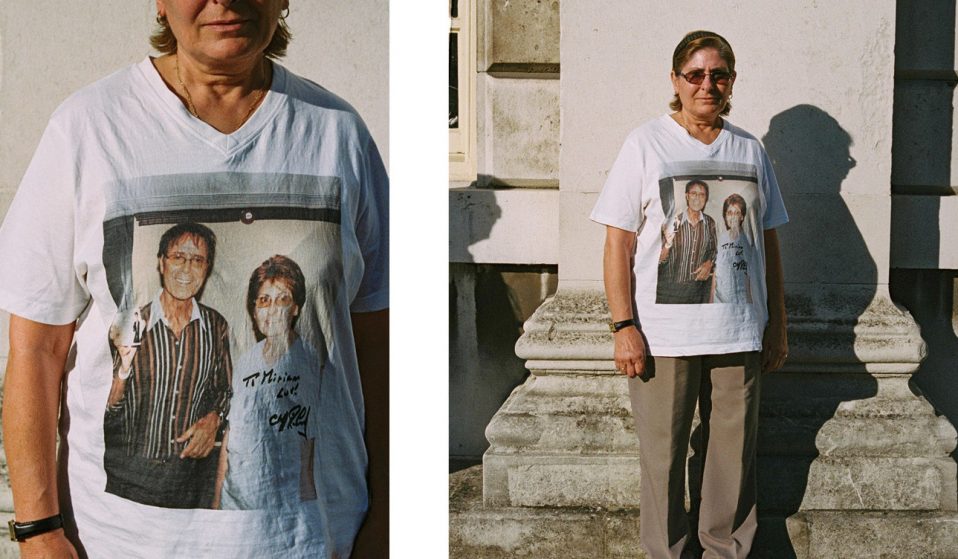 Shot before one of his gigs, Robin Mellor’s photos of the singer’s fanbase depict an obsessive dedication usually associated with a much younger generation.

Shot in the run-up to one of his concerts, Robin Mellor’s photos of the singer’s colourful fanbase depict a warm, obsessive dedication usually associated with a much younger generation.

Last summer, when Robin Mellor made plans to visit a psychedelics conference in London, he did so believing that its attendees would be the most interesting people to photograph in the immediate area. Wrong!

Very wrong, actually. Because – unbeknown to him prior to pitching up – the venue also happened to be hosting a huge, open-air Cliff Richard concert that very same day. Suffice to say, the British photographer never made it to the psychedelics conference.

“I’d seen the poster outside the venue for his new album, Just Fabulous Rock ‘n’ Roll,” he explains, recalling the afternoon. “It featured 77-year-old Cliff on a motorbike, wearing shades and leather gloves. It looked like Terminator 2 artwork, directed by RuPaul.” 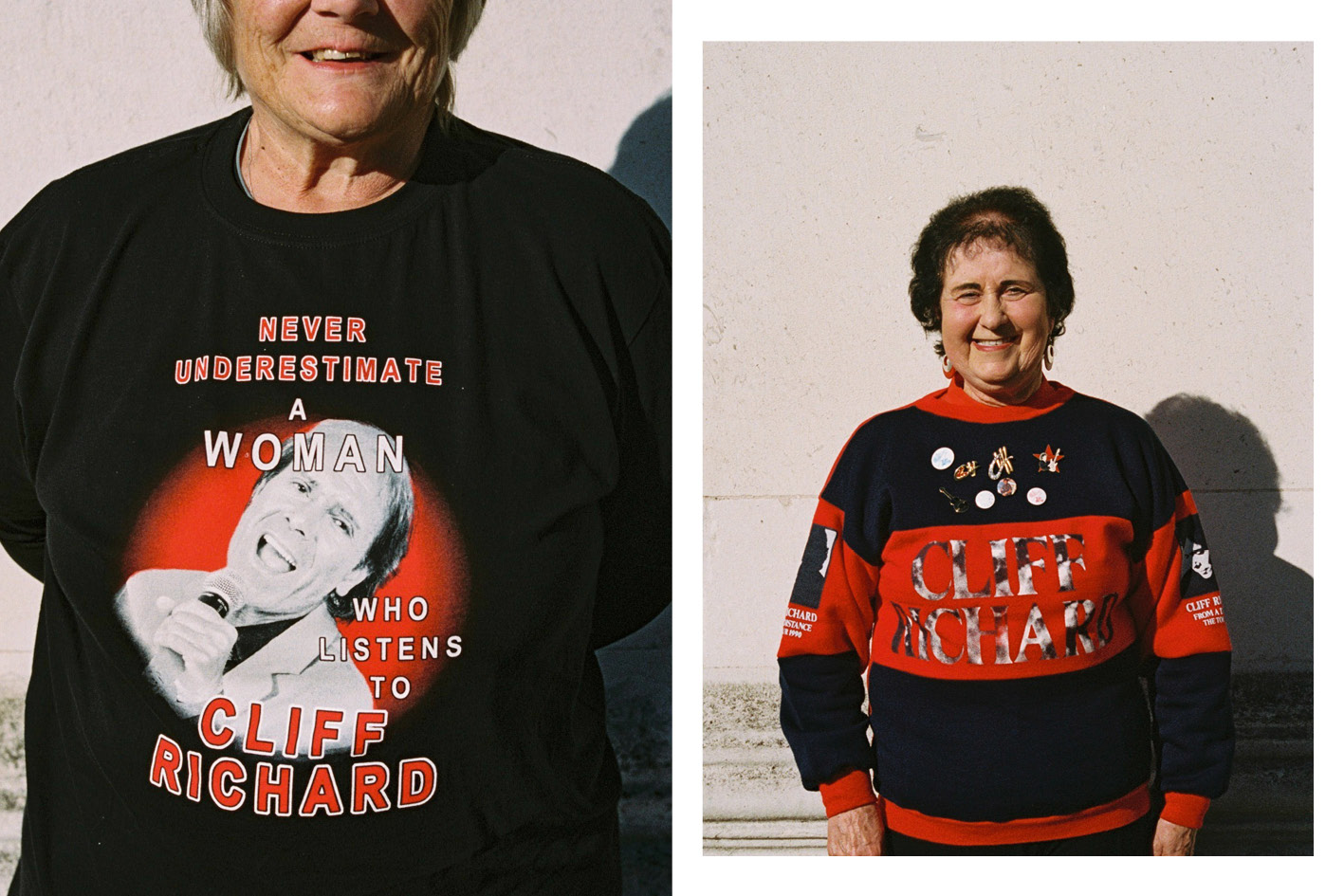 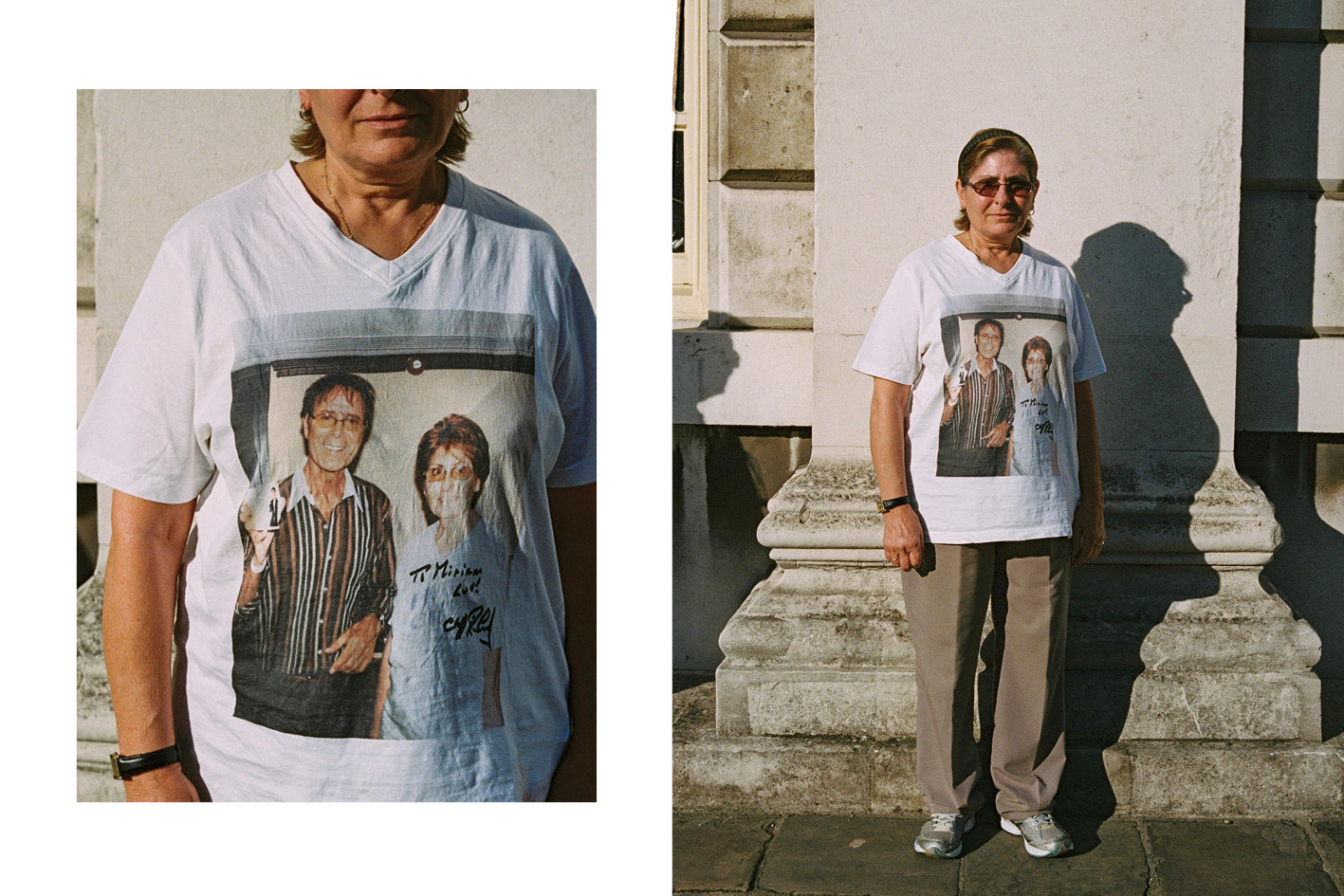 Upon his arrival, Mellor was met with crowds of hysteric, middle-aged superfans, many of whom had followed the singer for the best part of 60 years. Dressed to the nines in Cliff merch – his face, unnervingly impervious to age, plastered across their torsos – they made the perfect accidental subjects for a series of portraits.

“I love anyone with a real passion,” he adds. “It could sound like the most boring, mundane thing to a lot of people, but if that person has a real obsession with it I find it absolutely fascinating.” 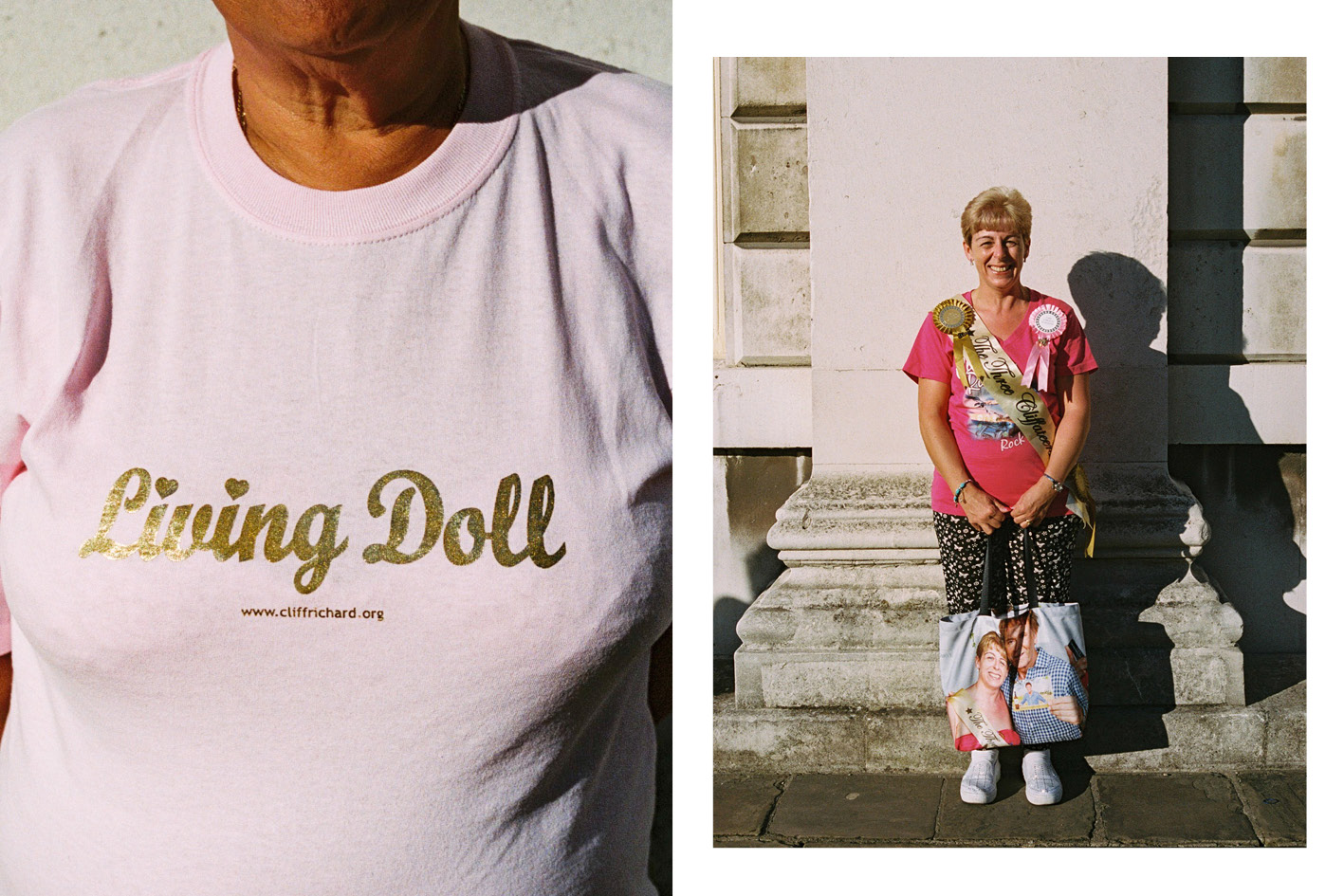 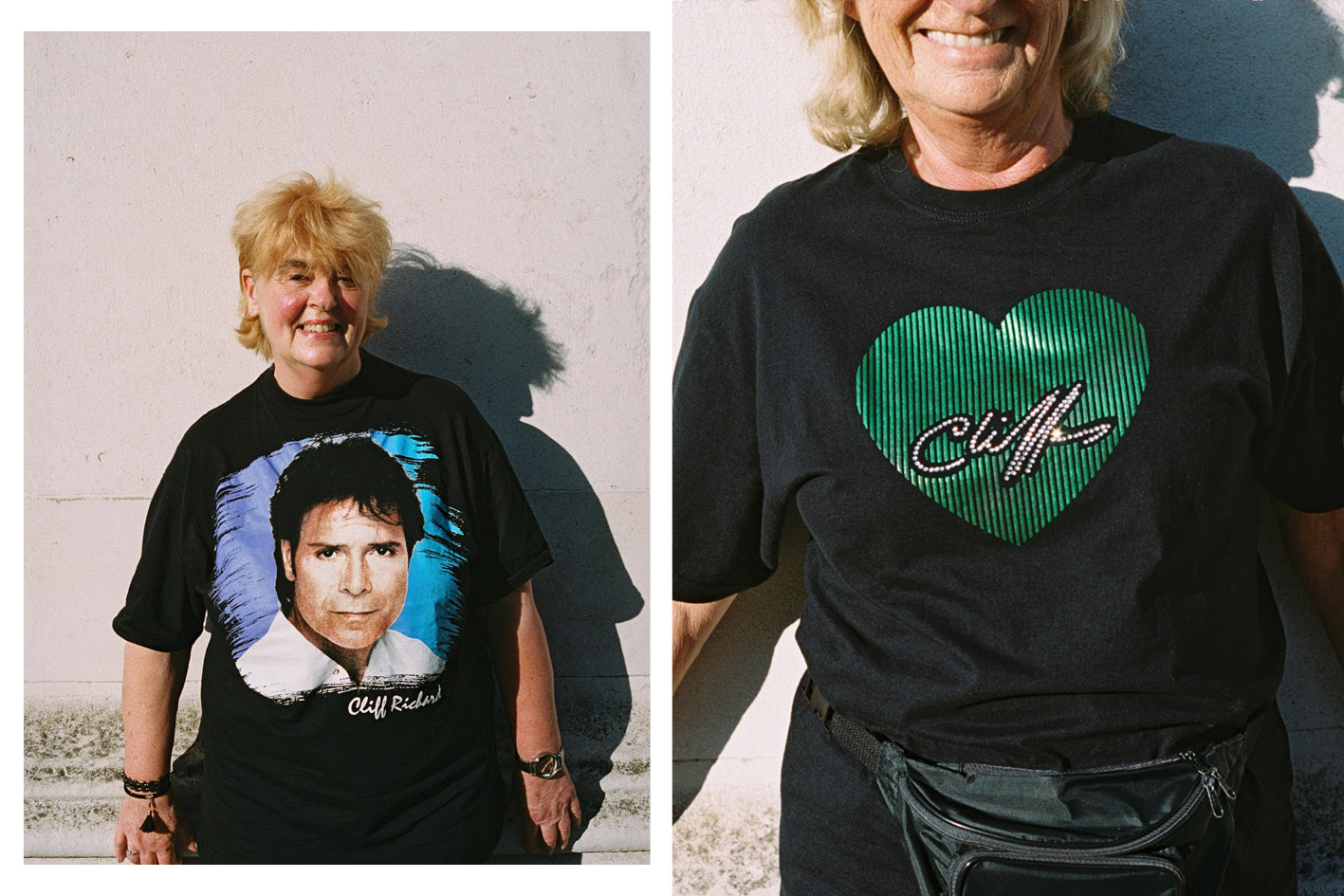 His photos – taken of excited fans as they queued to meet their hero – depict the kind of tenacious, unwavering obsession usually equated with a younger generation of Beliebers, Directioners et al.

Mellor even found himself coming away with a newfound respect for the man himself, charmed by the warmth and optimism with which his followers spoke of him. The personalised clothing too, he explains, was a photographers’ dream (honourable mention: the ‘never underestimate a woman who listens to Cliff Richard’ tee). 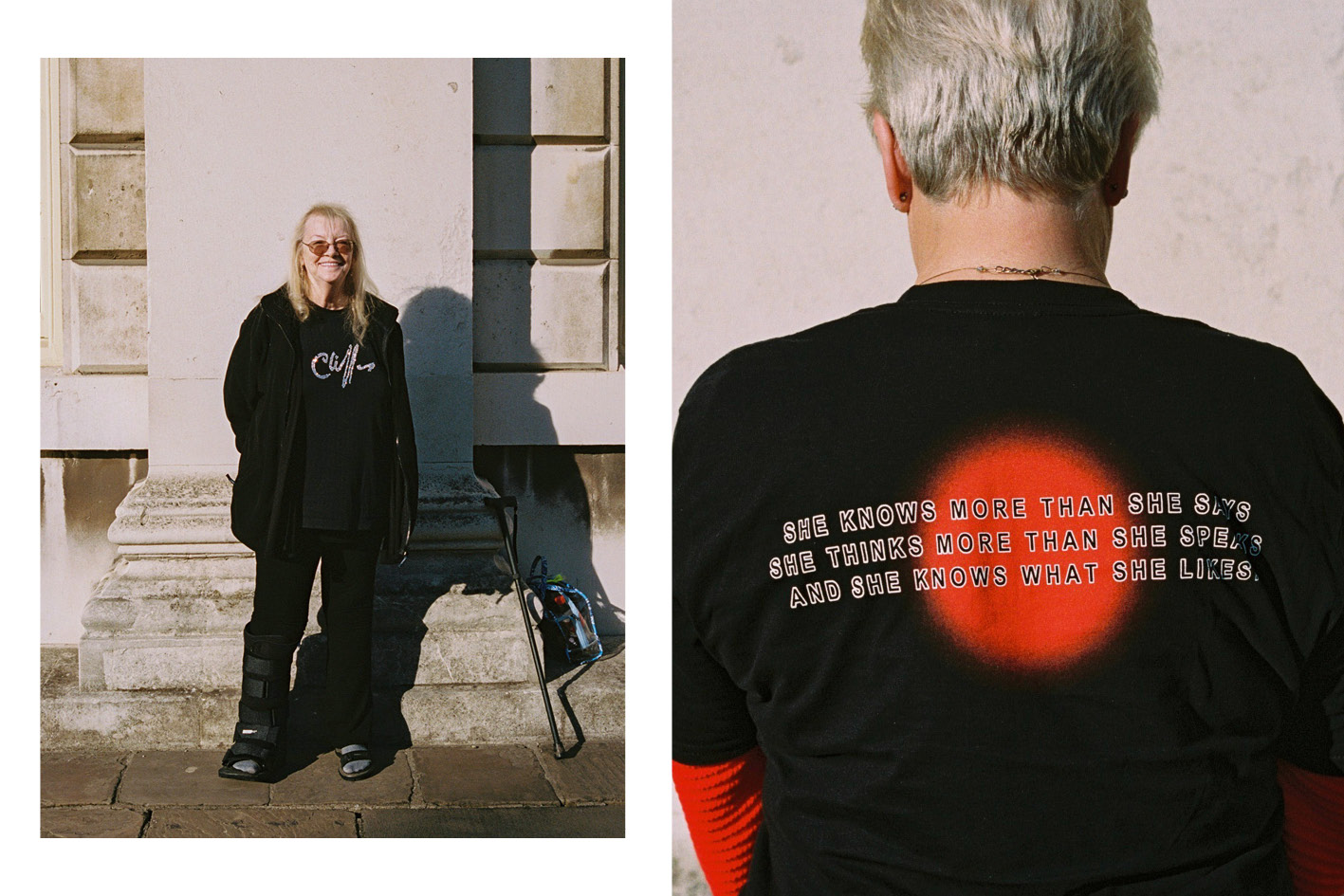 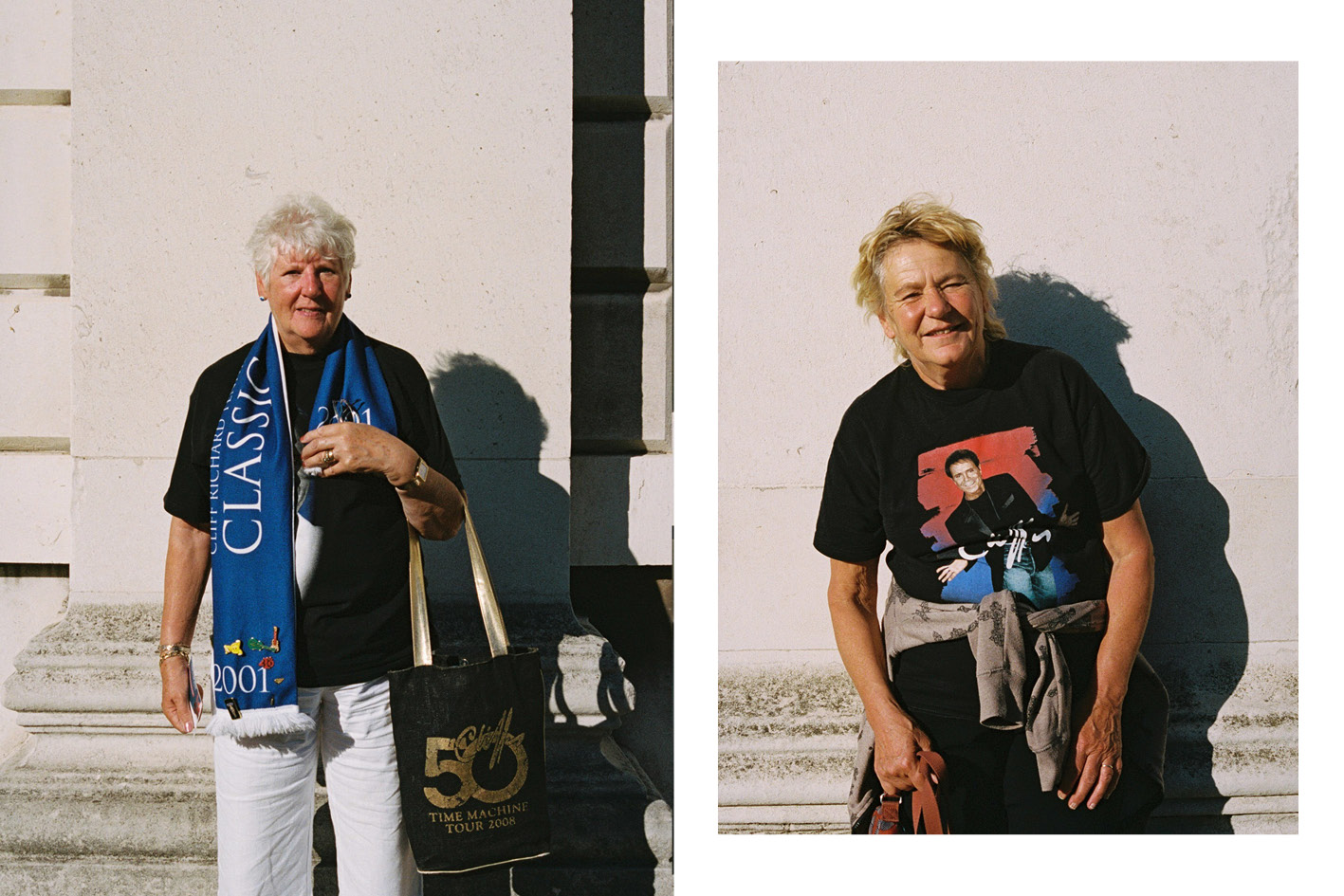 “It was great chatting with them. They were so full of energy, ready to meet their man. It’s easy to forget that Cliff was once also a movie star and, at one point, regarded as England’s answer to Elvis.”

“Despite all these accolades, though, they were more obsessed with talking about him a person – someone they saw as a kind, generous and thoughtful man, who gave his money to charity and stood for something greater than his career.” 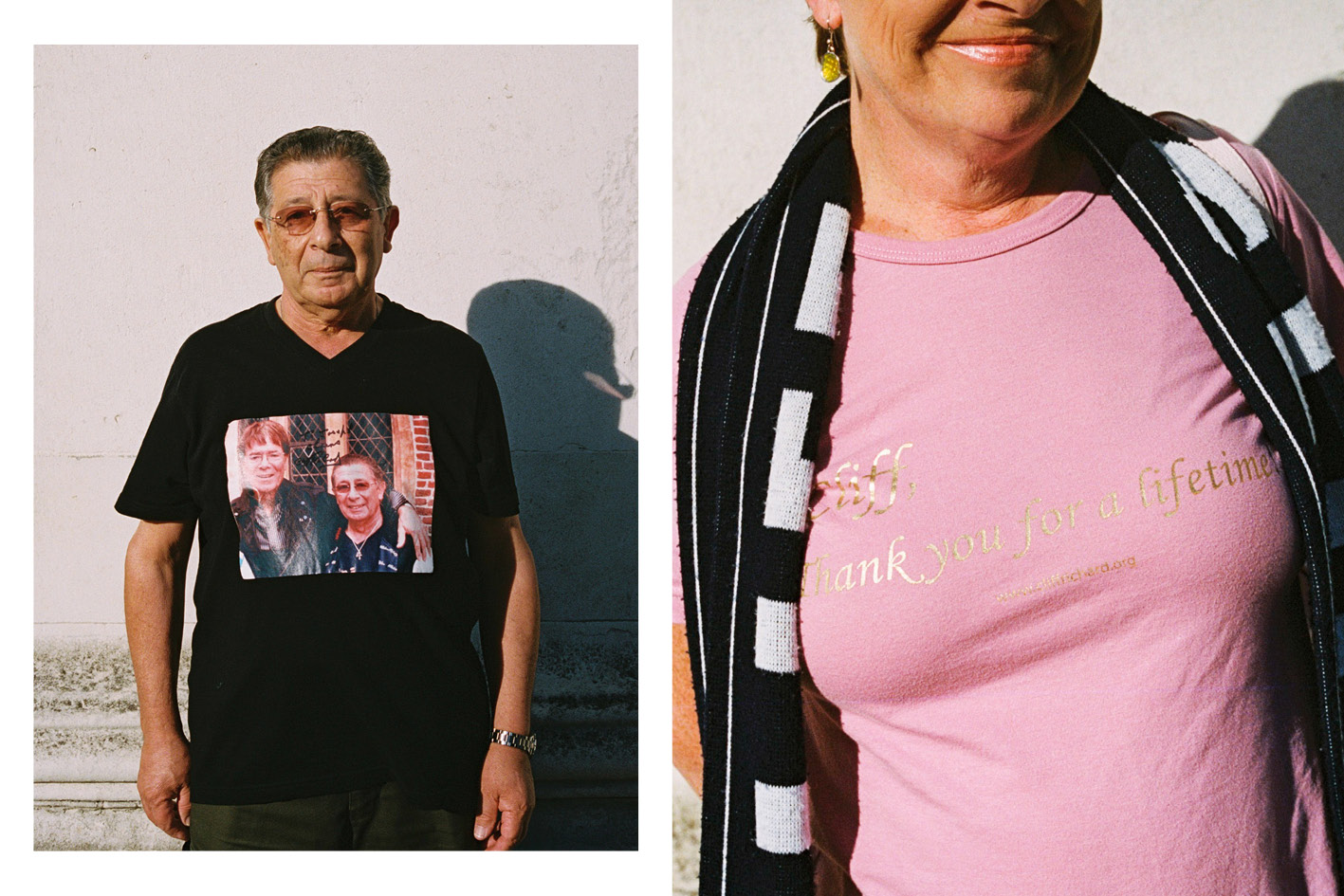 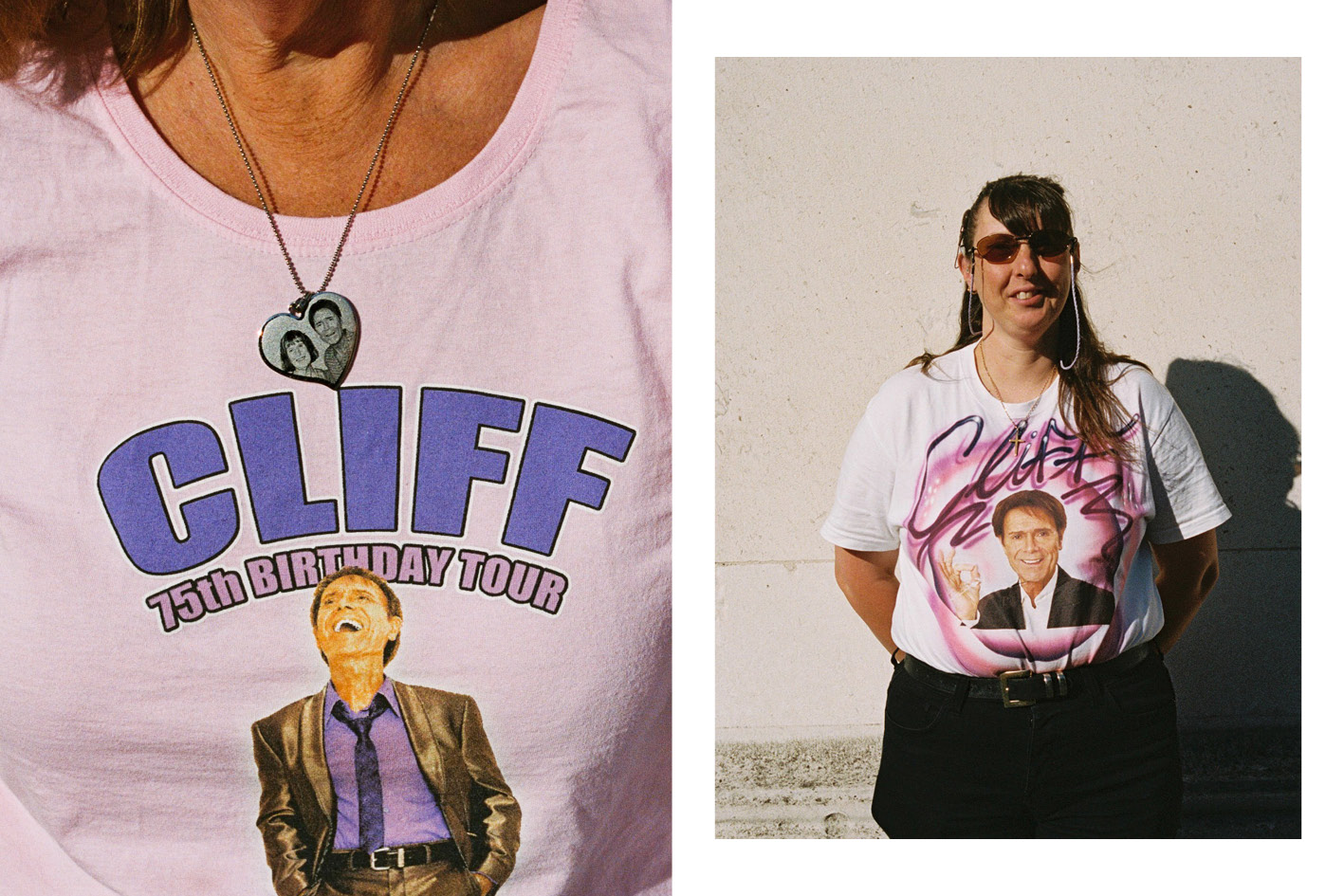 For more of Robin Mellor’s work, see his official website.

Linkedin
RELATED ARTICLES
OTHER ARTICLES
Following the release of his newly republished 1991 book, Redheads, the American photographer reflects on his celebration of ginger people and their magnetic power.
Over the weekend, London locals came together to resist a pre-planned police raid targeting delivery drivers.
The government’s failure to take long Covid seriously has led to the formation of a group campaigning for the thousands of forgotten victims of the illness.
The situation in Afghanistan remains dire, with many groups facing persecution at the hands of the Taliban.
The revered showbiz chronicler recalls his journalistic beginnings, documenting subcultural scraps in the ’80s.
After news broke last week around an expected reversal of the 1973 landmark law that made abortion legal in the US, protestors gathered in the UK in support of American women.