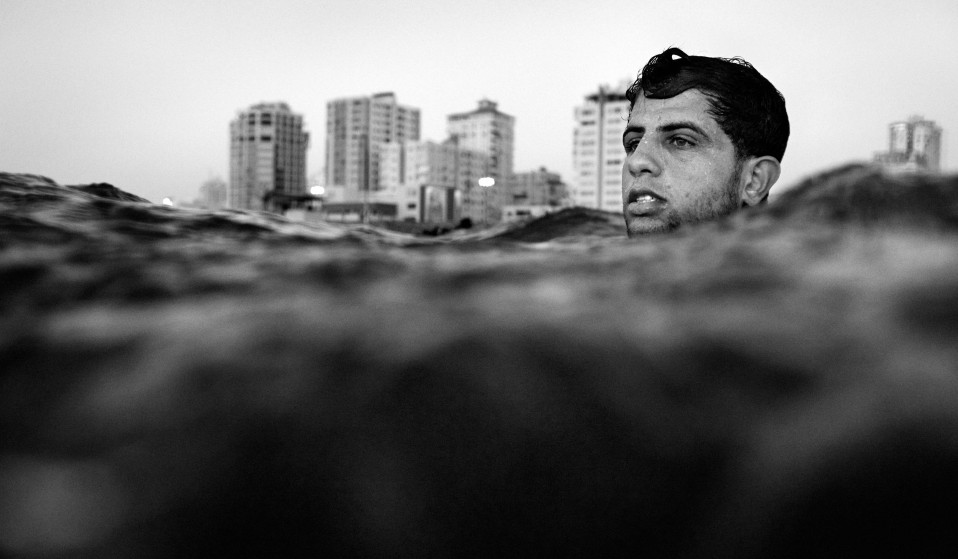 Photographer and surfer Andrew McConnell journeys to Gaza, to discover the surf culture that has emerged in the midst of a battleground.

Photographer and surfer Andrew McConnell journeys to Gaza, to discover the surf culture that has emerged in the midst of a battleground.

I grew up surfing on the west coast of Ireland. So when I first read stories about surfing in Gaza, in 2006 or 2007, I kept my eye on it. Then, in December 2010, after reading that the culture was growing, I decided to go and document it for myself. 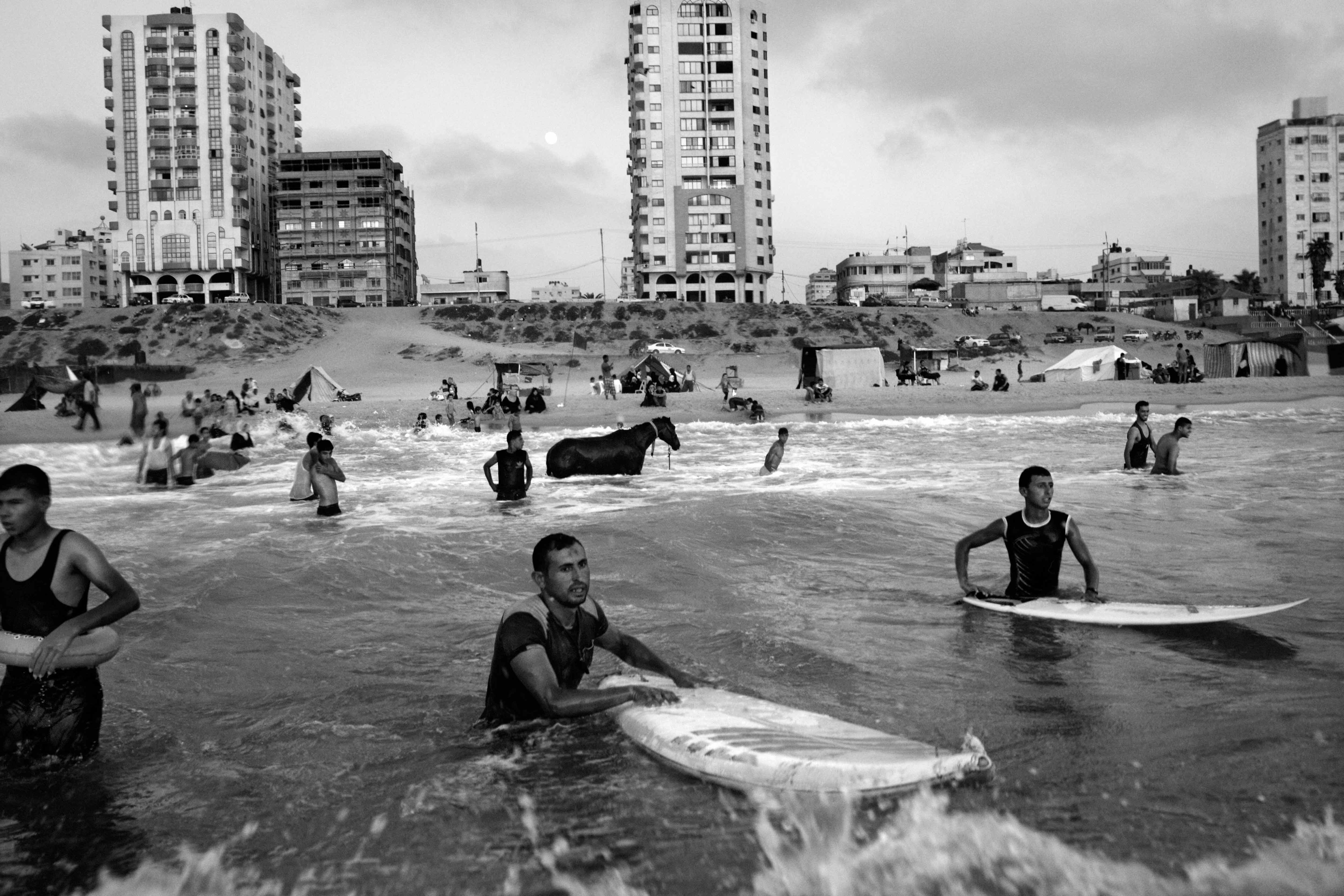 The sea, for the most part, is the only release that Gazans have in, what is essentially, a big open-air prison. And that’s really what drew me to the story. It was a way to show a side of Gazan life that wasn’t conflict. Because conflict is one of the only narratives people get out of Gaza. And, in all honesty, it is a big part of life there. But to me the surfers were the perfect way to show life when the bombs aren’t falling, when people are just trying to live as best they can. 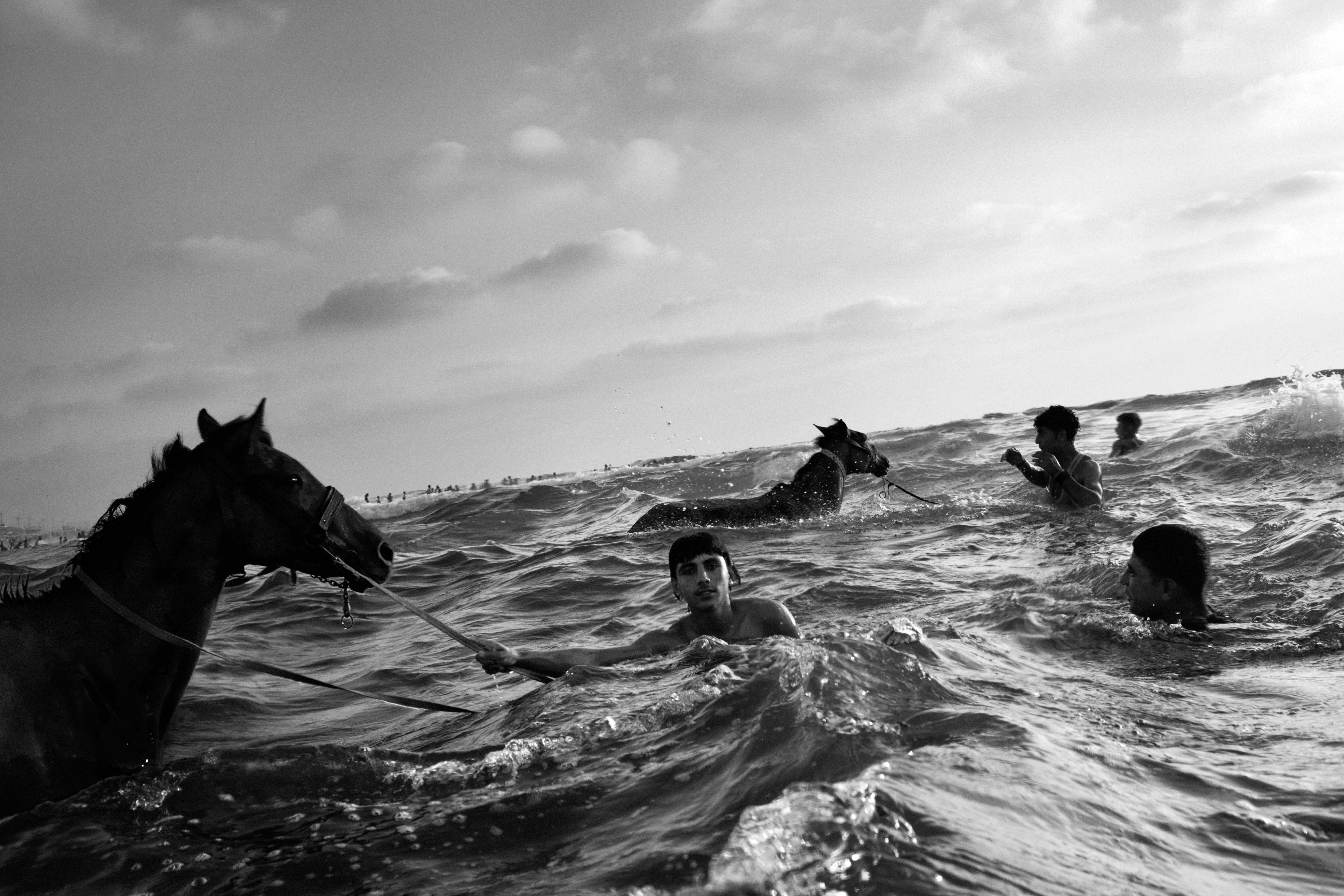 I felt too, that the sea is a sort of metaphor for freedom. The people of Gaza are barricaded by blockades on every side and the sea is the only border that they actually get to use, even though there are restrictions on that too [fishermen are only allowed three nautical miles offshore]. The sea is the one place where Gazans can leave the land. They can actually leave Gaza. If only for a short time. 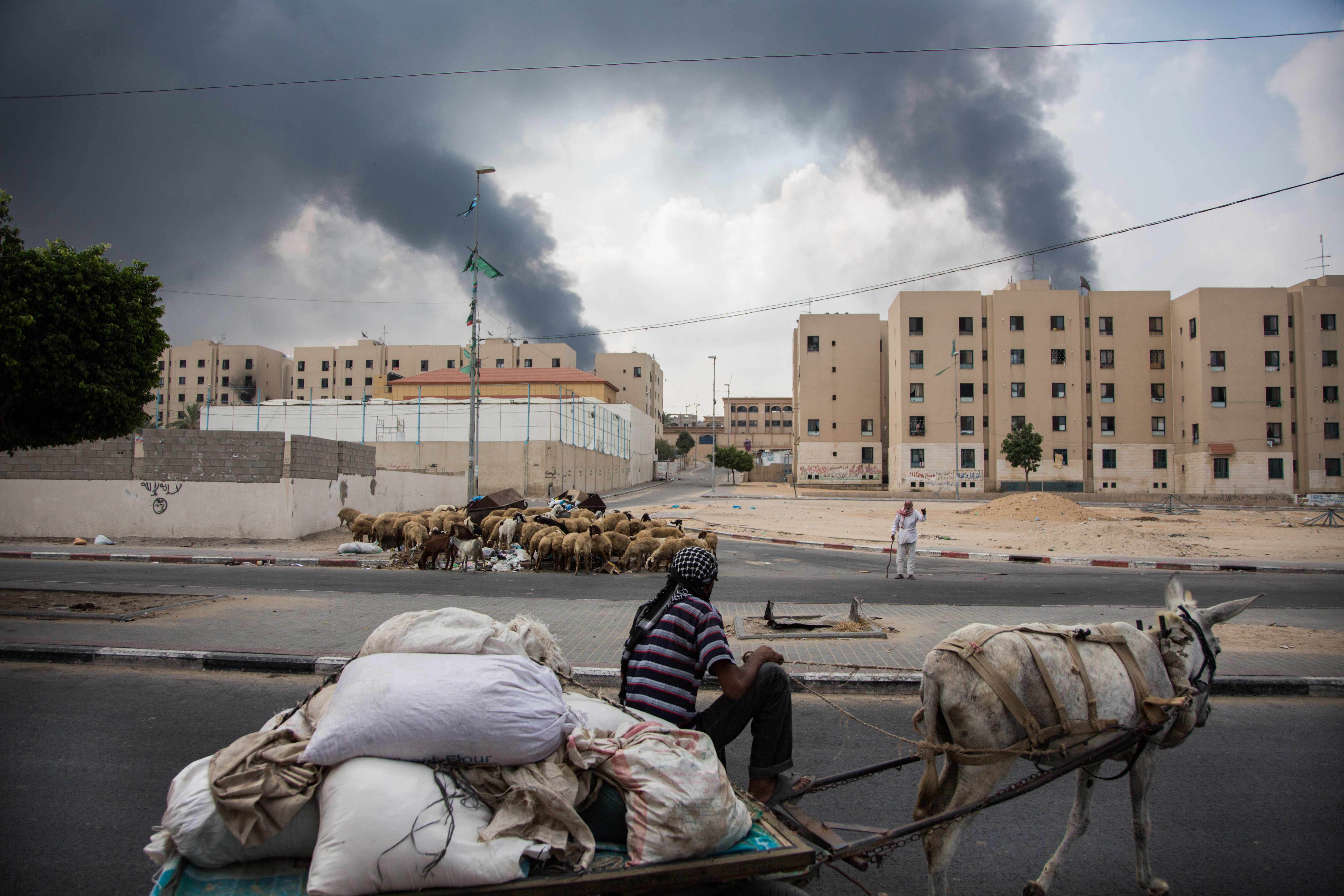 The perception of somewhere like Gaza can be that everybody’s living in bombed-out homes, with gunmen on the streets, struggling day-in, day-out. But they’re also just living normal lives, like everyone else. And I think everybody can relate to someone trying to enjoy themselves on a beach – it’s a very small, everyday event. My hope is that when people see my pictures they can find these commonalities with themselves. That’s a simple thing, but incredibly powerful. 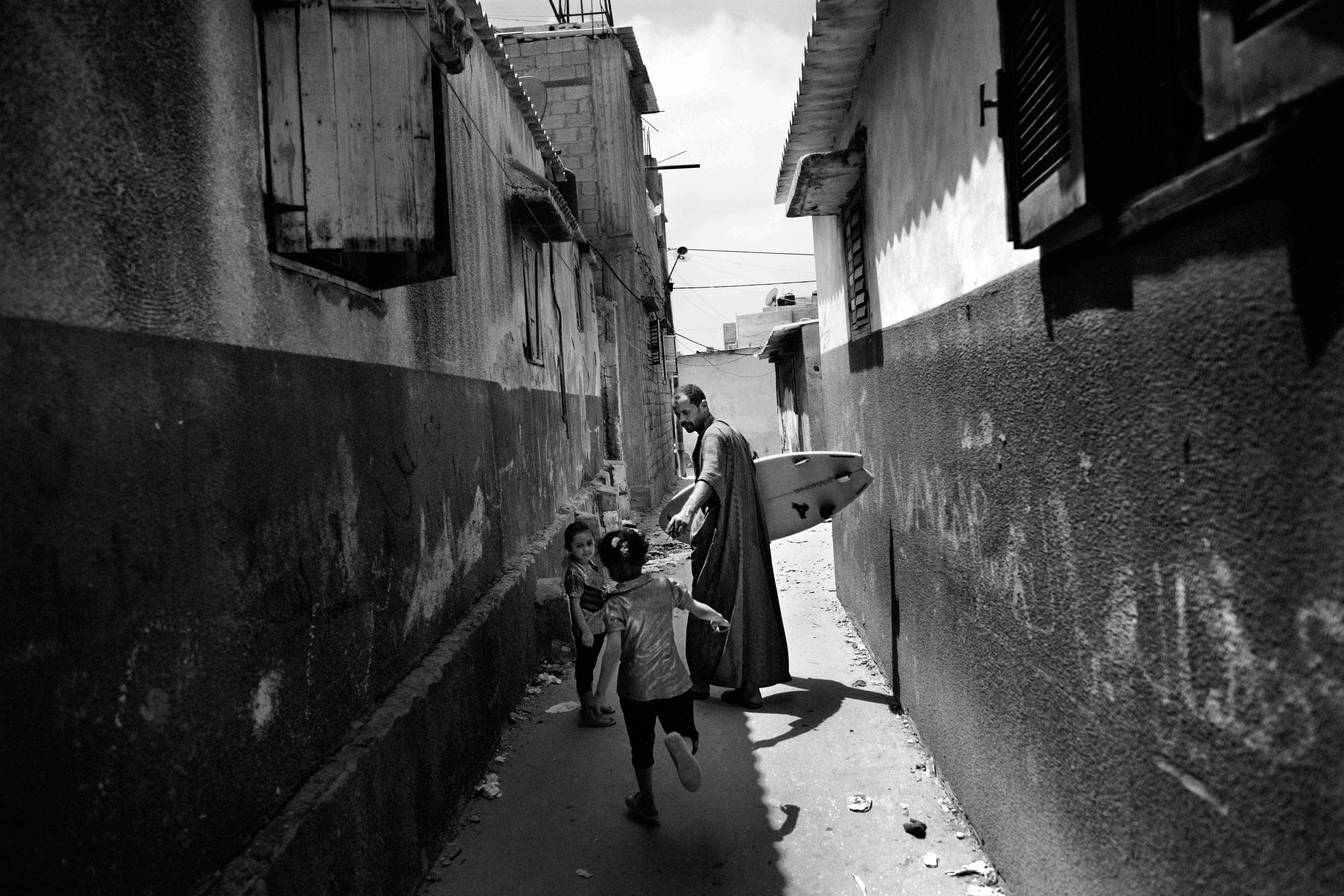 I had always planned to return to Gaza to begin filming a documentary about the sea – about how life can revolve around the sea for the people who live beside it. I arrived a week after the conflict began and now the sea is completely empty. No one dares venture near the beach. In one of the most shocking incidents of the war four children were killed by an Israeli attack at the exact point where the guys usually surf. So now it’s deserted, which is quite a contrast to what you would usually see at this time of year – packed beaches in the hot summer. 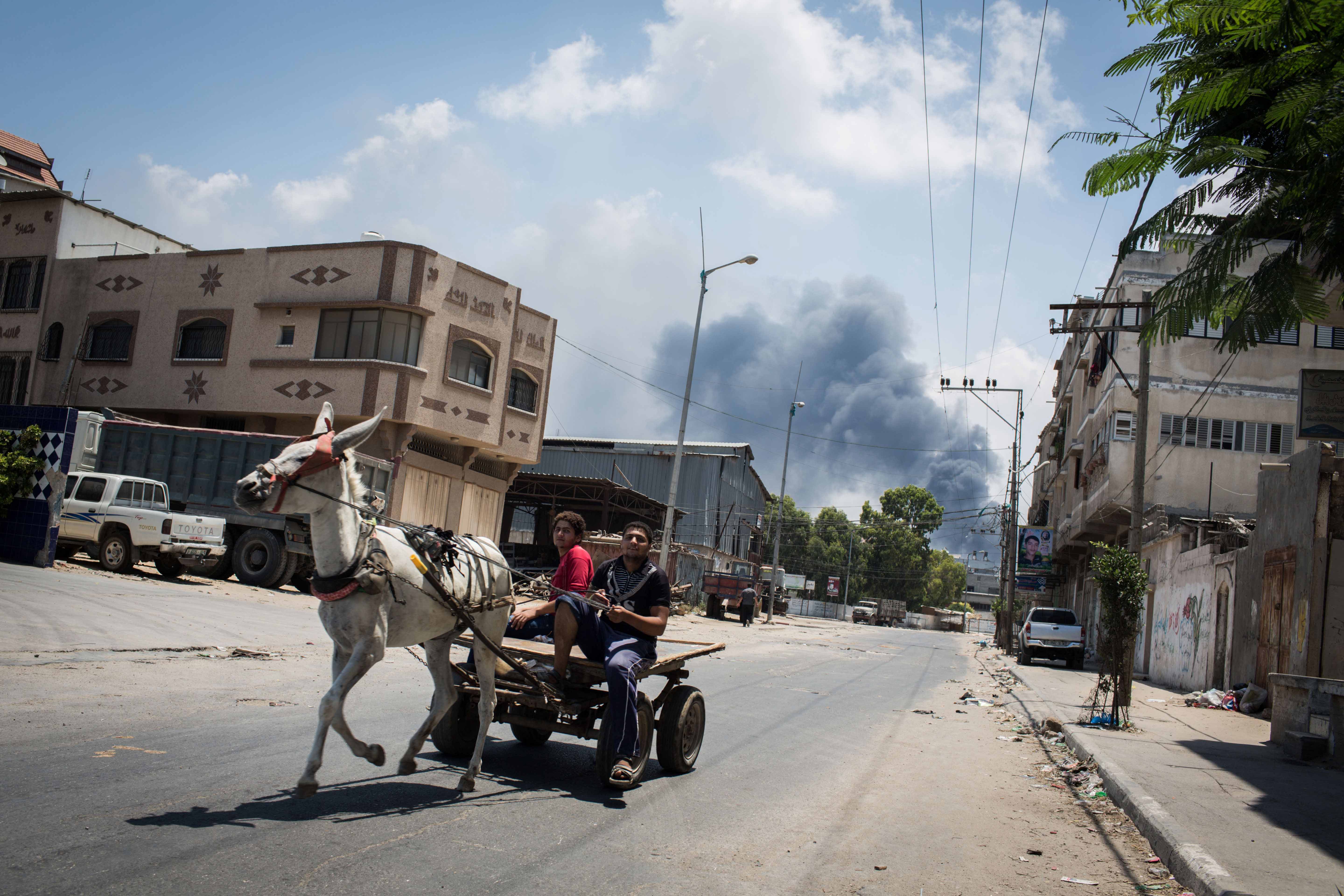 I always felt that conflict would be a part of this documentary – it blows up here every two or three years – but it was surprising that it happened so quickly and that it’s gone on so long. I don’t think anyone expected it to last as long as it has. At this stage I’ve been covering it every day for three weeks. It’s been hard. And horrible to witness some of the events taking place here. The surfers, the sea – that’s all taken a backseat. For now I’ve just been concentrating on trying to capture the current situation. 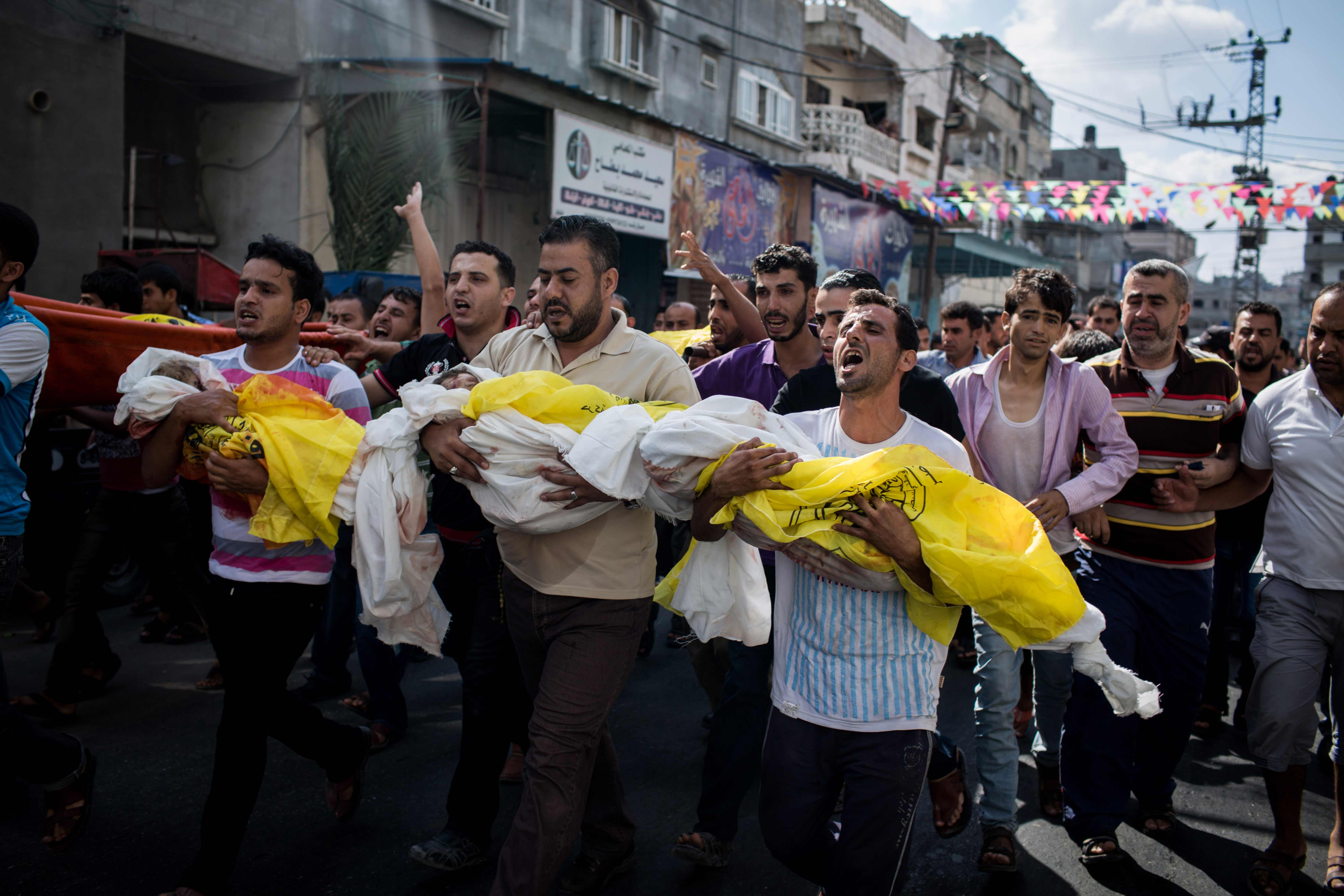 There’s certainly an anger here, but there’s also a sort of acceptance. I get the impression that the Gazans feel abandoned and that no one can help them. I mean they’re not without hope, but that’s the overwhelming feeling, which is very sad. Even when rockets are falling, you can still hear children playing on the streets, kicking a football or running around and you wonder, ‘Shouldn’t these children be kept indoors?’  But it’s become such a regular event. War has taken on a eerie familiarity in Gaza. 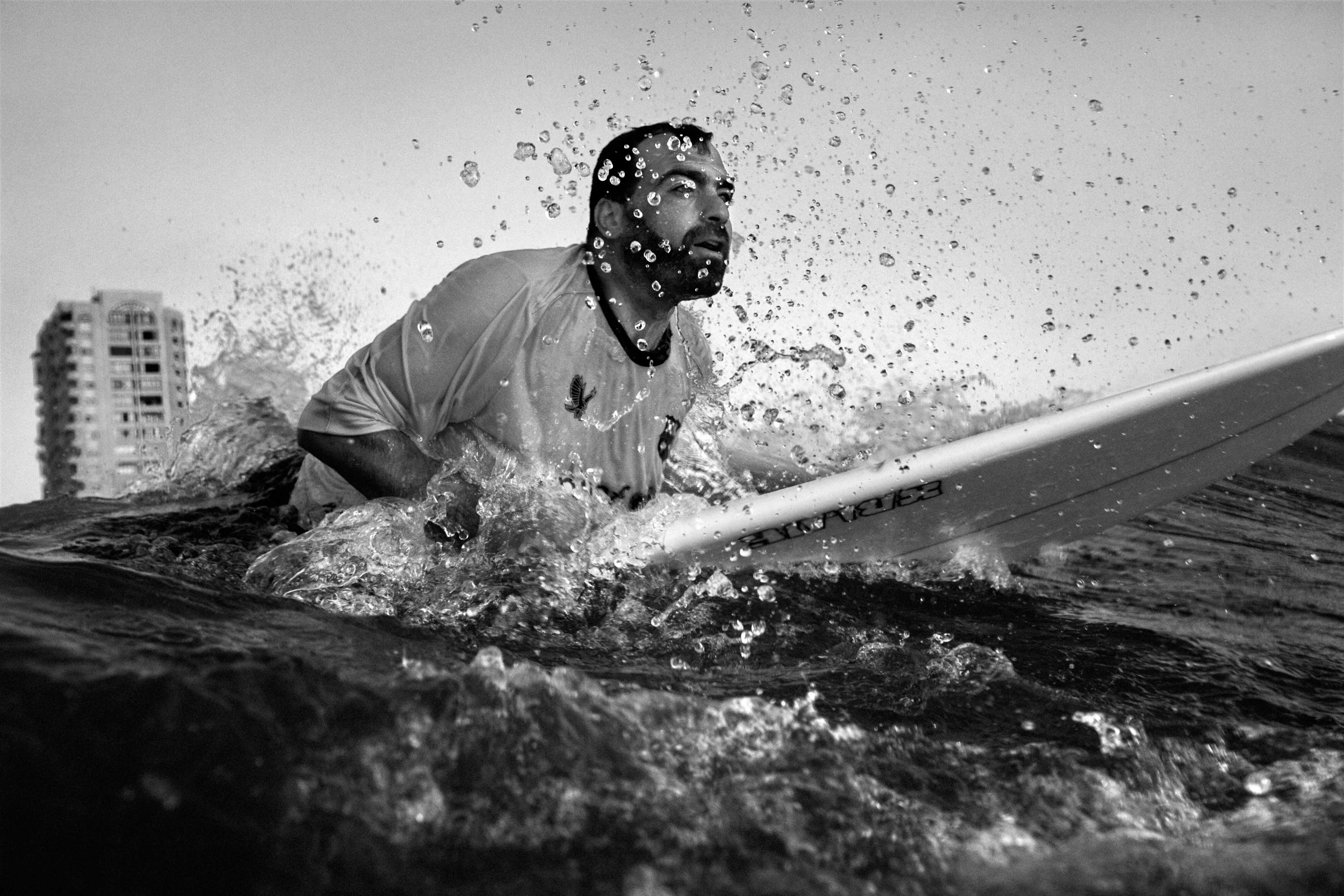 Right now I’m not sure what could happen next. If the conflict keeps going, it will just be a disaster. Hopefully some sort of agreement will be made. But it’s very unpredictable. From the documentary point of view I really hope I can get into the sea and start filming some of the characters – it would be cathartic, not just for me obviously, but for the local people. The surfers can’t wait to get back out catching waves, the fishermen can’t wait to get back out fishing again. 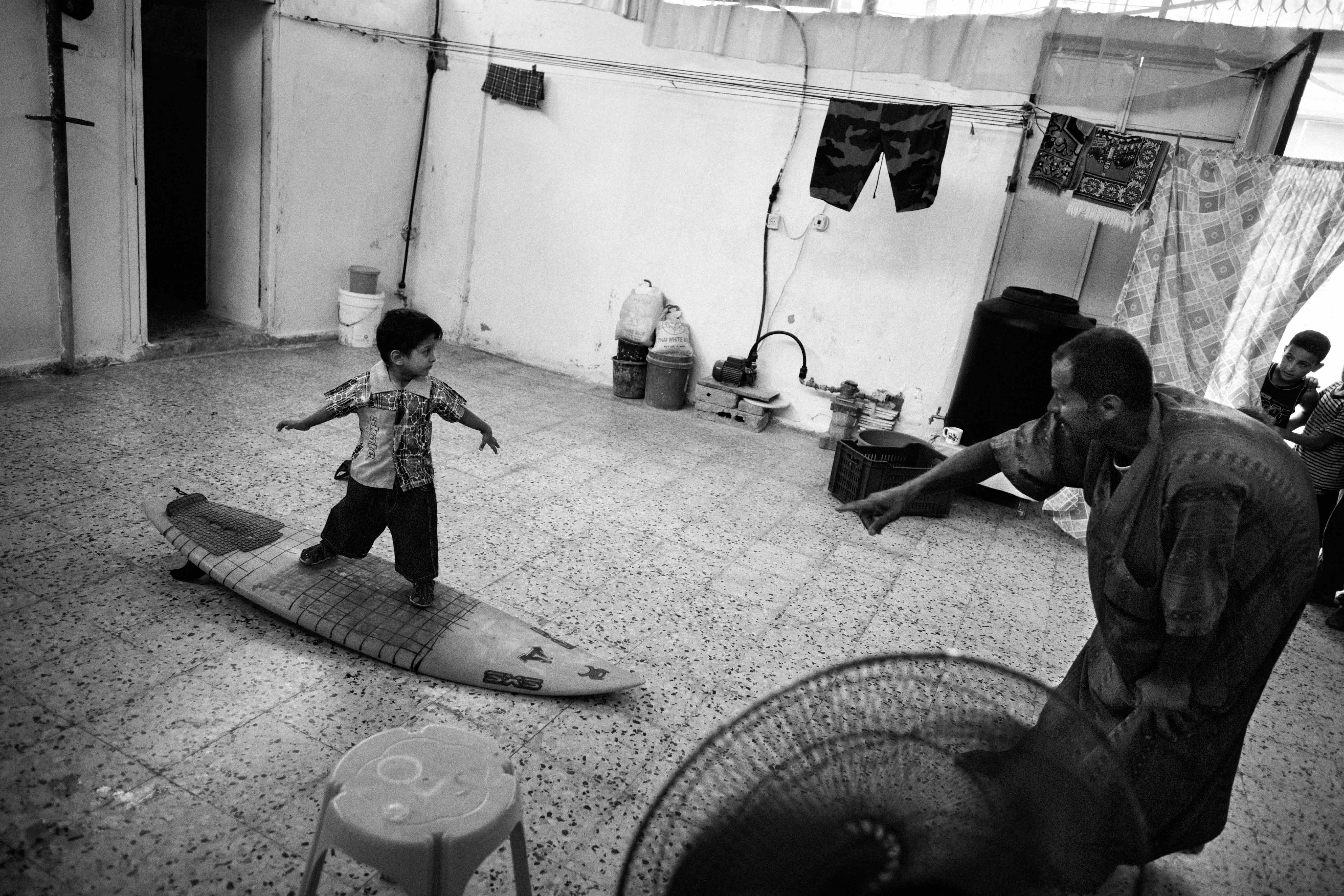 I often wonder if growing up in Northern Ireland during the conflict led me to cover conflict elsewhere.  It certainly sparked an interest in countries that had divisions or had suffered from similar issues. But I’ve also just always had an innate sort of curiosity about the world, a desire to see things, and to tell stories.

Most work is subjective at the end of the day. But I think if you plant your flag and say I’m on this side or I’m on that side, your work loses value so I try to avoid that. I think there’s more power in telling in-depth stories, in subtle ways, and I think the surfers and the sea are part of that sort of thinking. My approach is not to say that one side is wrong and the other is right. It’s to say this is the situation as I found it. The rest is up to you.

Linkedin
RELATED ARTICLES
OTHER ARTICLES
Tough fines and arrests for drug possession and supply is pushing festival-goers towards unsafe measures to consume or smuggle in their substances.
Following the release of his latest album, the rapper talks about finding a new approach to songwriting, attitudes to poverty, and why his music is more than a political statement.
To mark the premiere of his new documentary on surfing giant Gerry Lopez, the filmmaker and former pro skateboarder sits down to share his unique brand of wisdom.
A new series of photos by Johny Pitts shines a light on communities and subcultures that have all too often been overlooked.
Protestors gathered outside Downing Street following the latest atrocities committed by Israel against Palestinians living in the besieged strip.
Danny Burrows discusses his new series of images documenting an pacifist anabaptist community who lead an alternative way of life.