Issue Archive / Powerful portraits of trans youth in the USA 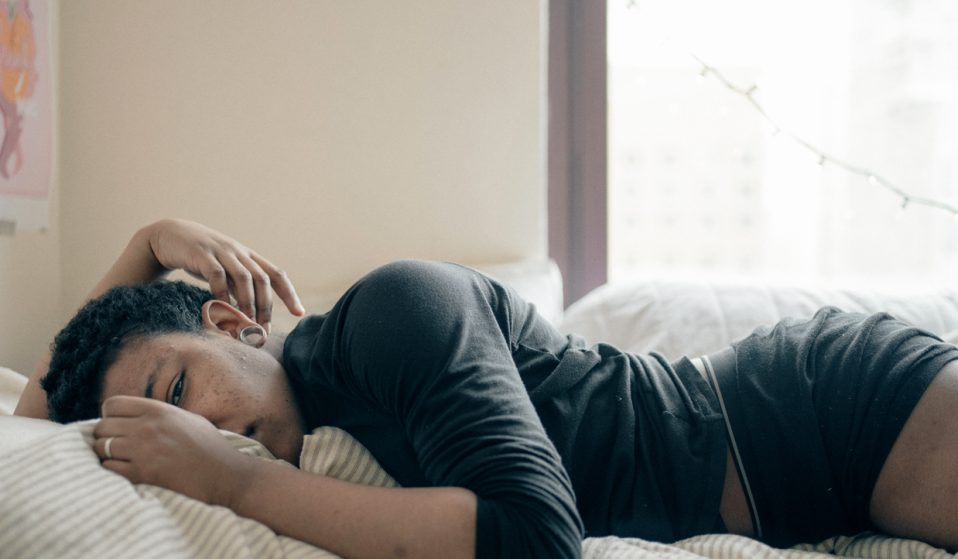 A search for authenticity led Annie Tritt to the lives of transgender and non-binary youth. But a discovery along the way would change the photographer's own life forever.

A search for authenticity led Annie Tritt to the lives of transgender and non-binary youth. But a discovery along the way would change the photographer's own life forever.

In 2014, I began a project with one question in mind: ‘What does it look like to live an authentic life?’ On some level, I must have known that I was not doing so myself… though I genuinely didn’t realise it at the time.

I came out as gay in high-school and then as bi in my early twenties. For the most part, I’ve dressed however I want and have found success in my dream career. Even so, I had no idea how much of an impact that merely asking that question would have on me.

I came to photography relatively late. At the age of 28, I was working in San Francisco as a high-school teacher and didn’t know what to do with my life. But on a summer trip to Europe, I was taking pictures one day when I thought, ‘Oh! This could be a job.’ I realised that photojournalism would allow me to be politically active, make art and travel at the same time – my three passions. 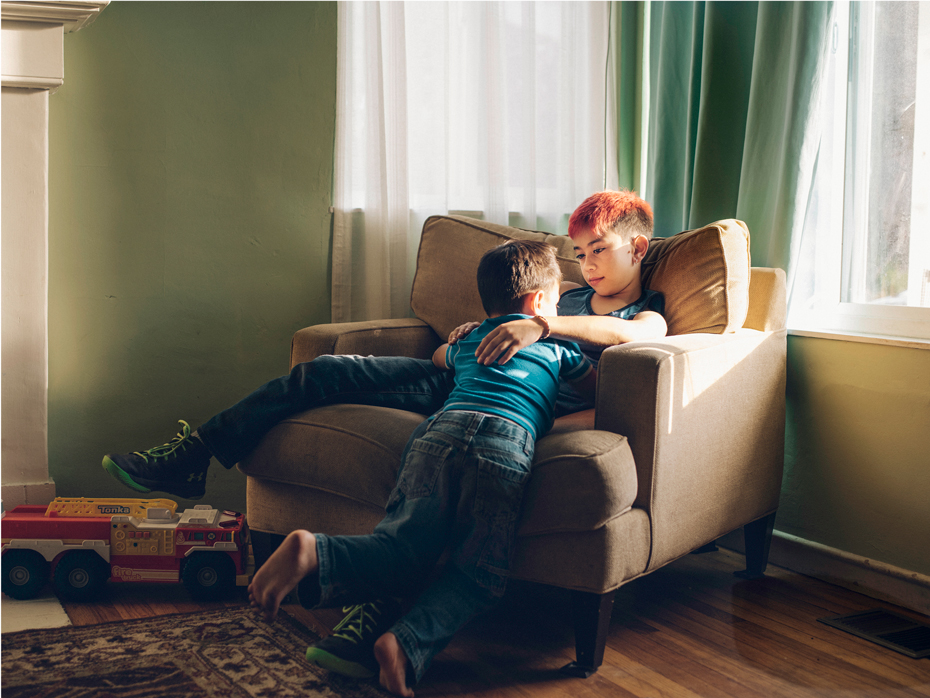 Justin, 8, with his younger brother in California’s Bay Area.

I put those plans on hold when, in 2000, I began the process of adopting one-year-old twins with my partner at the time. In the wake of 9/11, with the economy struggling, I got laid off the same week that the twins came home with us, so I became the de facto stay-at-home parent. Trying to learn photography at the same time seemed like an impossible task but, by 2007, I had finally become a photojournalist.

For a while, I wanted to cover things that had nothing to do with me – like poverty and war – which is perfectly valid. But at some point I realised that I’m not interested in telling stories from extremes. Sure, it grabs our attention and our hearts, but it often serves to separate us as well. I’m more interested in the middle way, which is a Buddhist idea.

My photography stems from curiosity about what it means to be human, to learn about others and to discover what connects us. That’s where the question about an authentic life came from. It led to my project Transcending Self, which comprises photos and interviews with transgender and non-binary youth aged 4-20, as well as with their families. 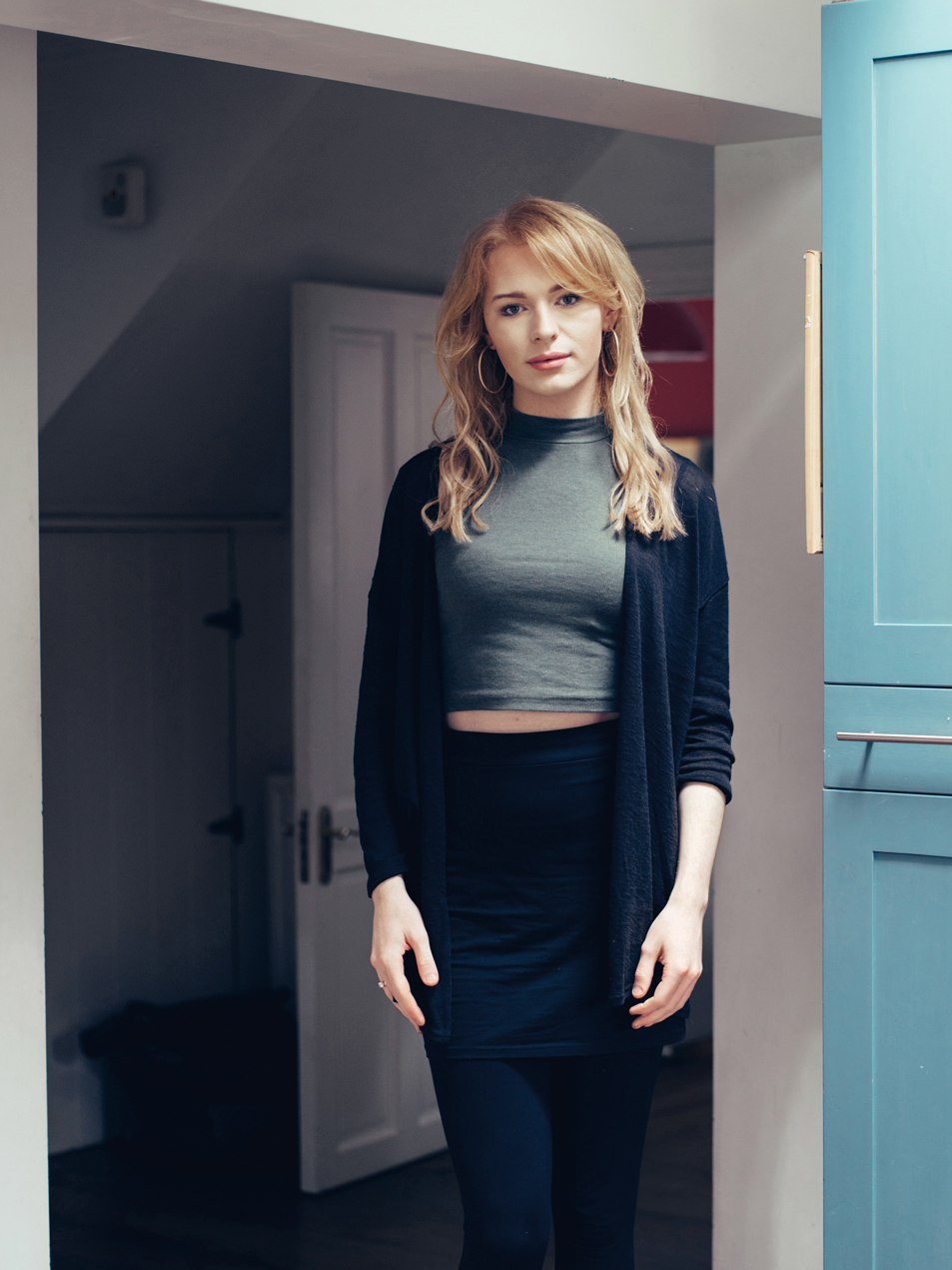 I have uncovered everyday stories of love and struggle that often get overlooked – work that has ended up serving as a source of hope for both parents and young people. Yet the further I took the project, the more it felt like I was hearing the story of my own childhood – except that I hadn’t been allowed to dress in boys’ clothes, play sports or do any of the things that these kids did.

One day, while shooting an 18-year-old trans teen named Leo, I said, “If I was your age, I’m pretty sure I would identify as non-binary.” To me, it seemed like a choice – one that couldn’t be made at nearly 50. For Leo’s generation, it’s normal to question things and have conversations about gender. So he turned to me and said, “That makes no sense. Why can’t you do that now?”

It’s only in the last few months that I’ve understood how true that is. I knew better than to think gender identity is a choice and yet I hadn’t applied this to my own life. 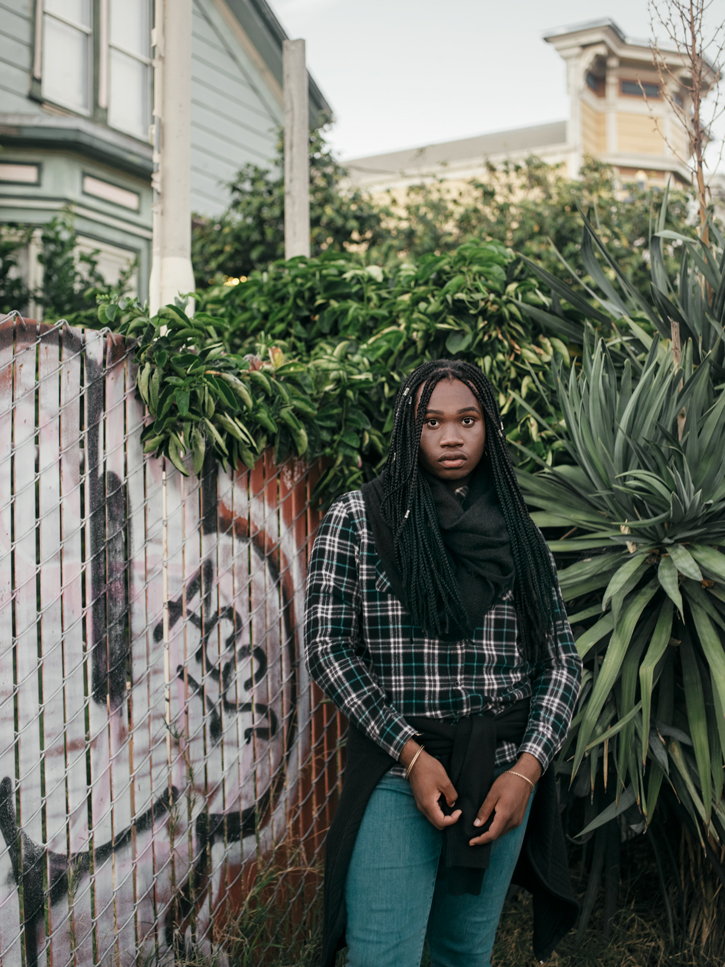 I started noticing important realities I had initially neglected. I’m lucky enough to give talks on Transcending Self and I’ll often start with an example that will connect listeners to the project.

One story involves a now eight-year-old trans boy who, before he transitioned, was not allowed to have short hair. He saw a TV commercial featuring kids who lost their hair from cancer and, in his mind, this seemed like a solution – so he asked his mom how he could get cancer.

It didn’t occur to me that I had done the same thing. When I took a DNA test, I secretly hoped that the gene assessment for breast cancer would come back positive. Wanting a mastectomy somehow made sense in my head, even though I know that’s not a healthy thing to wish for. 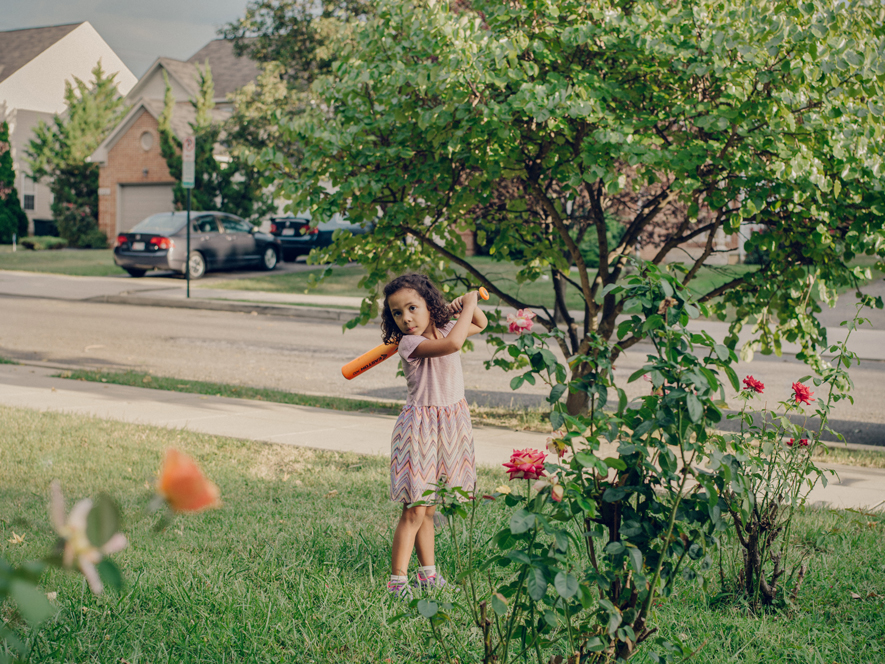 I experience dysphoria – the distress a person suffers as a result of the gender assigned to them at birth – yet somehow I was blind to this despite discussing it in talks over and over. As much as I’m an advocate for the trans community that I love so much, the only explanation is that I have internalised transphobia.

The only way you can not know yourself is if you’re afraid to, and the only reason you’d be afraid to is if you’ve internalised something negative about yourself. Recognising that reconfirms how important this work is.

I have discovered through this project that I am probably non-binary. I am still figuring out what this means for me. Just talking about it – which is exactly what I ask my subjects to do – feels frightening. But I believe in the power of transparency and truth-telling, and this is my truth.

This article appears in Huck 67 – The Documentary Photography Special VI. Buy it in the Huck Shop or subscribe now.

Linkedin
RELATED ARTICLES
OTHER ARTICLES
The author discusses her new memoir, which offers a sobering reflection on the racism and otherness she’s experienced along with a joyful celebration of her culinary heritage.
Steel City is often overlooked when it comes to the country's cultural radar despite its role in shaping electronic music.
Protestors gathered outside Downing Street following the latest atrocities committed by Israel against Palestinians living in the besieged strip.
To mark the premiere of his new documentary on surfing giant Gerry Lopez, the filmmaker and former pro skateboarder sits down to share his unique brand of wisdom.
From the chip shops, to the bingo parlors and burlesque dancers, photographer Mike Coles remembers capturing scenes of holidaymakers by the English coast.
Yesterday, rail workers came together to protest poor pay, working conditions and job cuts in their latest round of strikes.