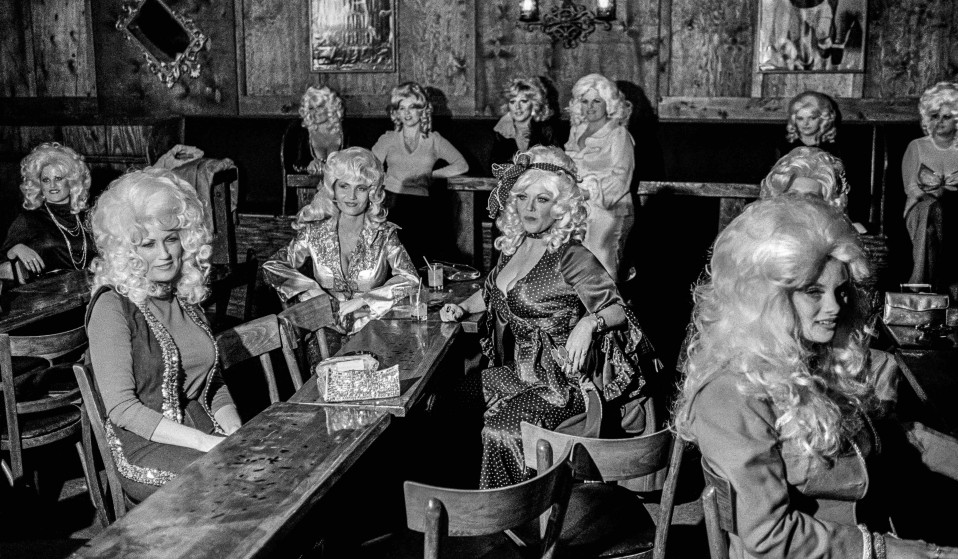 The Magnum photographer’s numerous trips to the state have been captured and collected in a new book; from cheerleading and wild horse wrangling, to Dolly Parton look-alike competitions.

The Magnum photographer’s numerous trips to the state have been captured and collected in a new book; from cheerleading and wild horse wrangling, to Dolly Parton look-alike competitions.

A new book dedicated to David Hurn’s two-decade love affair with Arizona is being published this month. The publication, titled Arizona Trips, contains images of the legendary photographer’s numerous trips to the state; capturing everything from cheerleaders, wild horse wrangling, and Dolly Parton look-alike competitions.

Hurn, who is originally from Wales, came to the US after winning the Bicentennial Fellowship in 1979 – a one-year award for photographers who want to shoot the country. After being asked to choose a state, he opted for Arizona. “It was the most right-wing state in America and Wales at that time was probably the most left-wing part of the UK,” he remembers. “Also, it’s the driest state in America and Wales is the wettest. So it seemed to me it was such an extraordinary contrast.”

The Magnum photographer ended up returning to Arizona repeatedly between 1979 and 2001, turning his lens to ordinary people in ordinary pursuits.

“Life as it unfolds in front of the camera is full of so much complexity, wonder and surprise that I find it unnecessary to create new realities,” adds Hurn. “There is more pleasure, for me, in things as they are.”

Arizona Trips is being released to tie in with Magnum’s 70th birthday this year. An accompanying exhibition of his work is also on display at the National Museum Cardiff until March 11 2018. 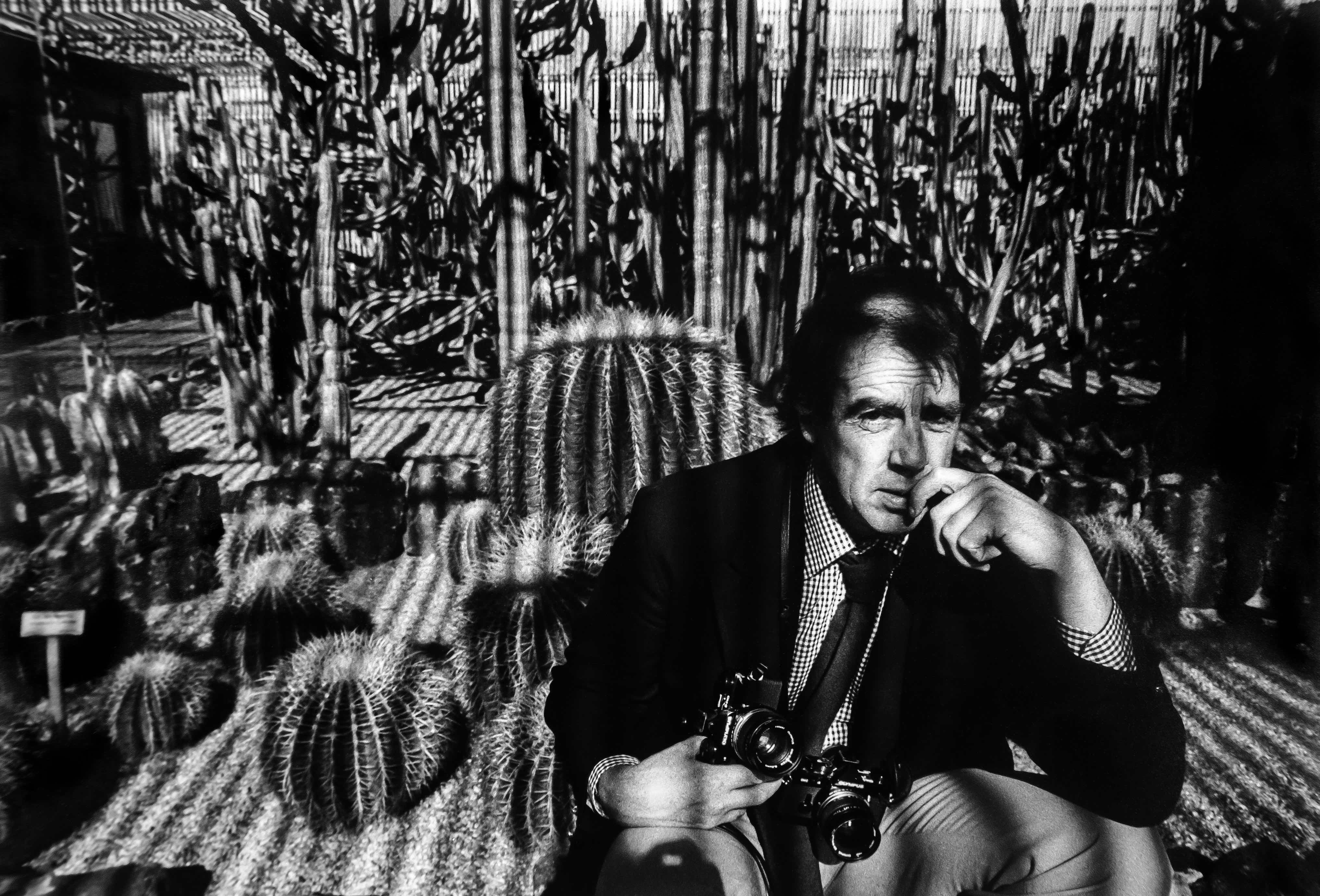 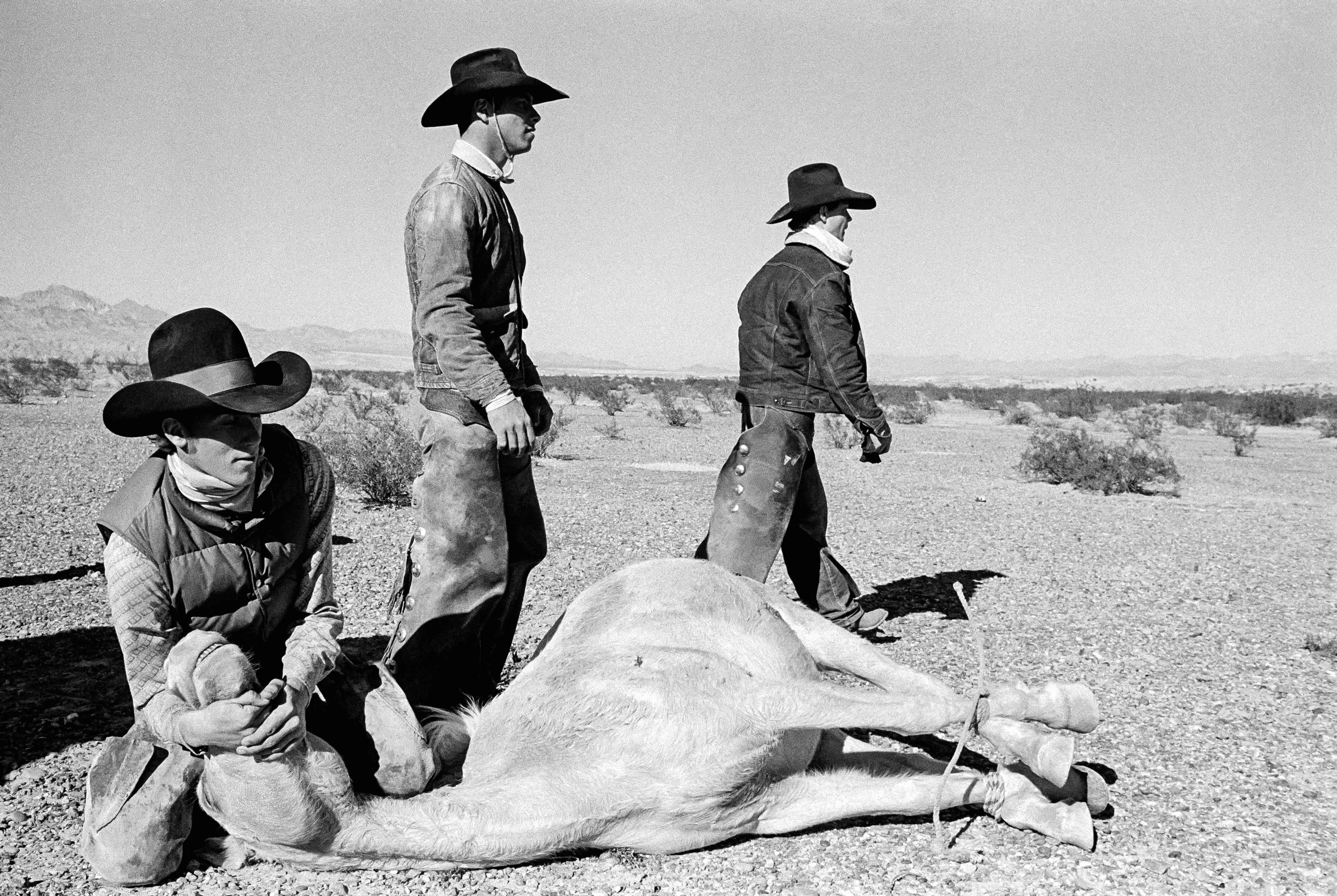 The round-up of the last wild horses in the desert of Arizona. 1980. Courtesy Magnum Photos 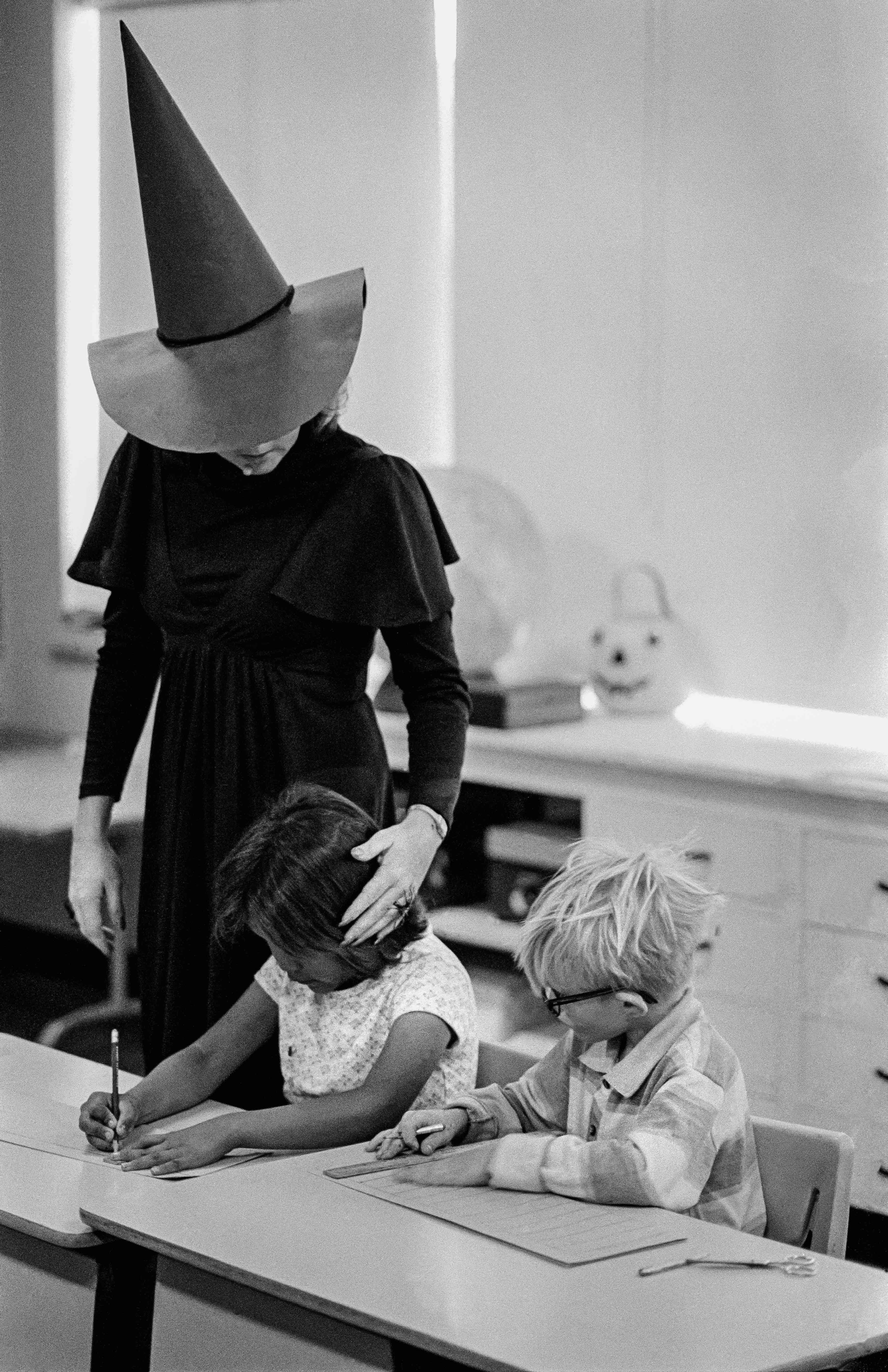 Kennilworth Elementary school in Phoenix where the students get into the spirit of Halloween celebrations with the help of a dressed up teacher. 1979. Courtesy Magnum Photos 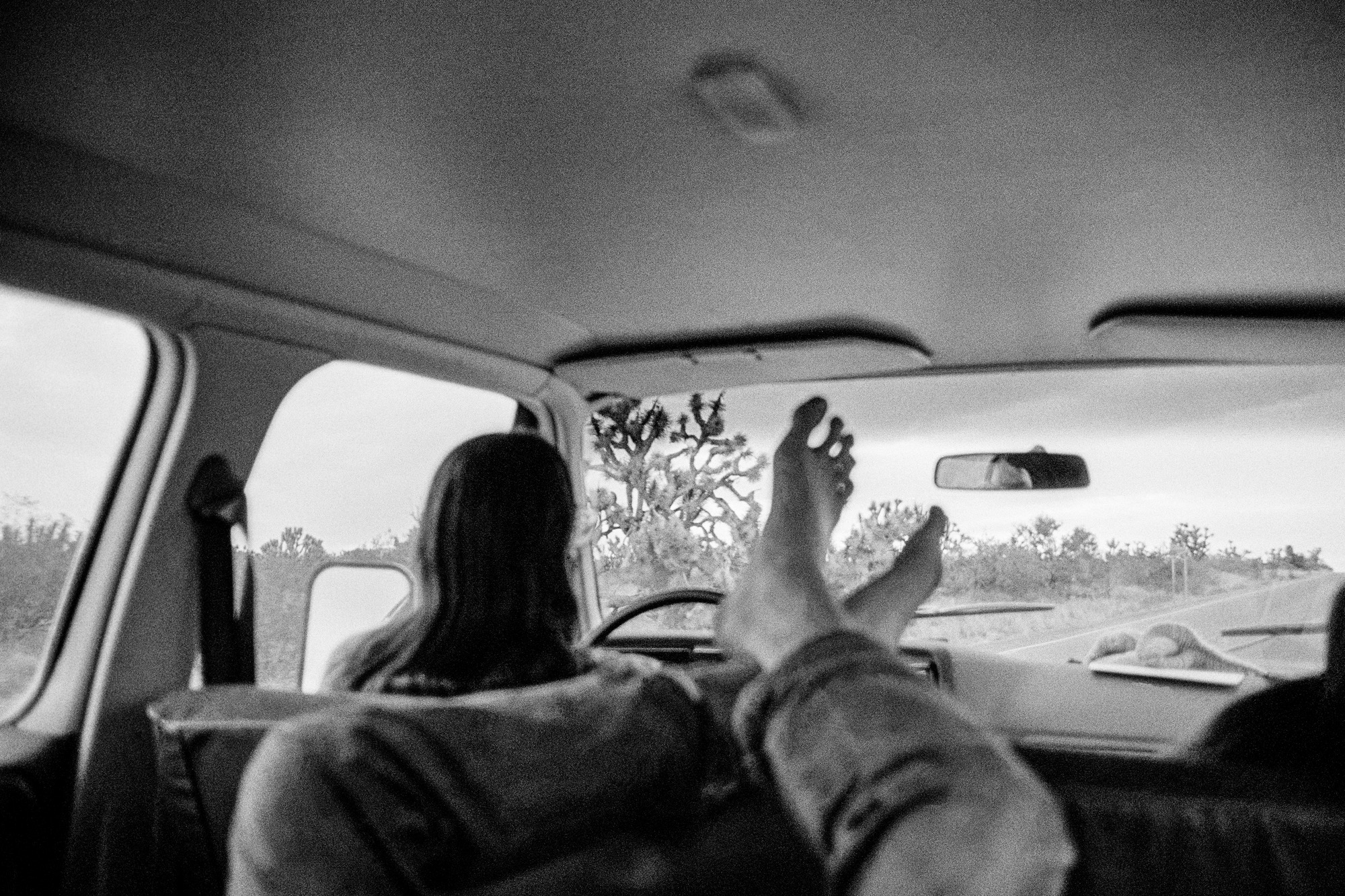 On the road from California to Arizona via Joshua Tree Forest. 1979. Courtesy Magnum Photos

Phoenix. Preemie Baby unit at St Joseph’s Hospital. She has a head too large by half for her body. With little to flesh them out, her features are skull-tight and wizaned. Her arms and legs are no thicker than her mothers fingers. Her ears have no cartilage. Not long ago she would have been a miscarried fetus, not a baby. To-day she is a Preemie baby, although barely 2lb, destined to survive to be a normal child. 1980.Courtesy Magnum Photos 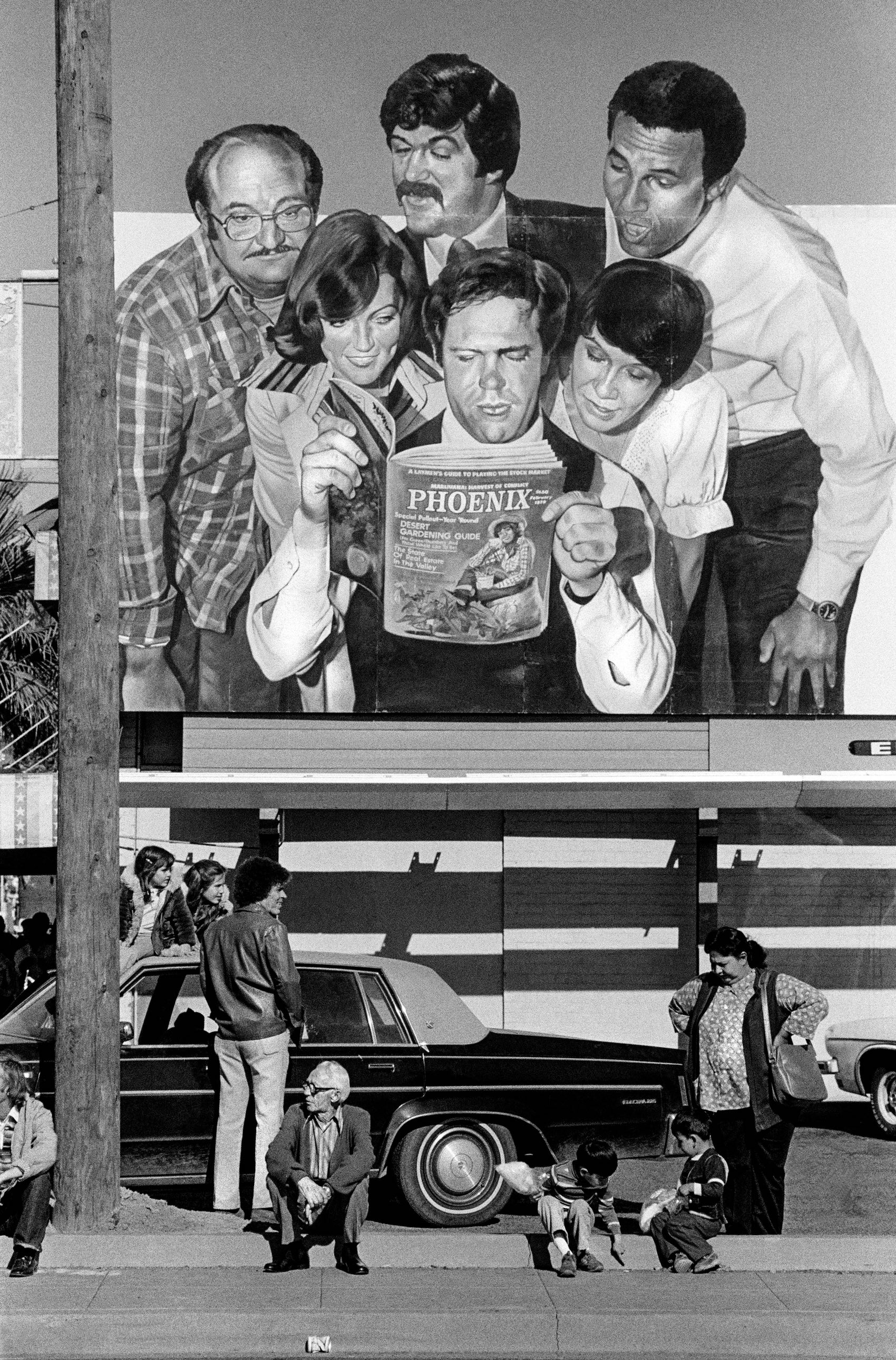 Phoenix is one of the fastest growing cities in the USA. Posters abound promoting the fact that it is a great place to live. 1979.Courtesy Magnum Photos 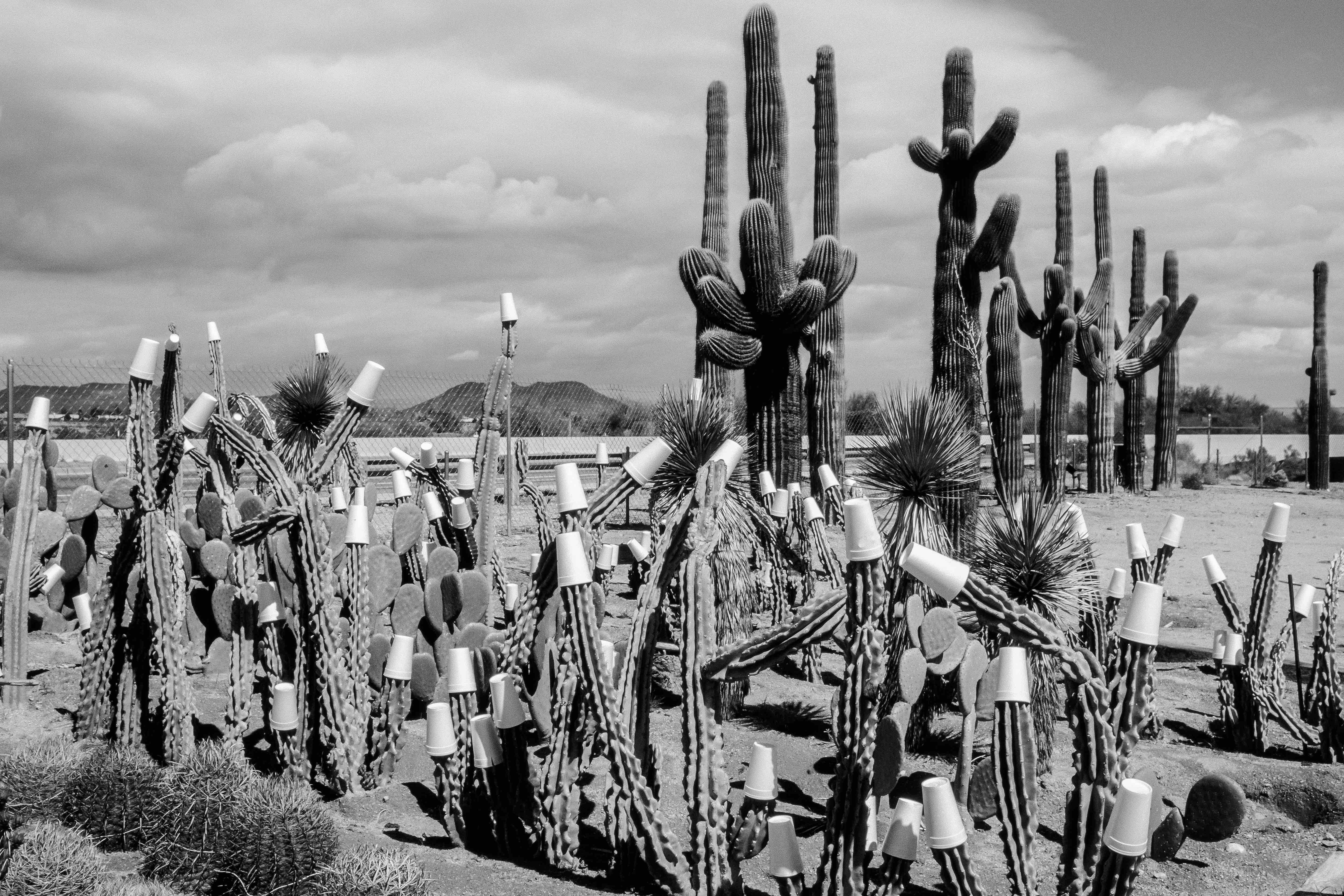 Linkedin
RELATED ARTICLES
OTHER ARTICLES
In her new book, the author gives a blistering account of the horrifying North African refugee crisis.
After news broke last week around an expected reversal of the 1973 landmark law that made abortion legal in the US, protestors gathered in the UK in support of American women.
The government is scrapping the Human Rights Act in a move that will hit marginalised people hardest.
Photographer Robin Graubard’s debut book offers an unflinching record of turbulence and change across the Balkans.
In the latest OFFF Dispatch, the enigmatic designer dives into his process, connecting the dots between his unique and varied creative output.
From the Yakuza to a biker gang, Bruce Gilden recounts capturing Tokyo and Osaka in the ‘90s.