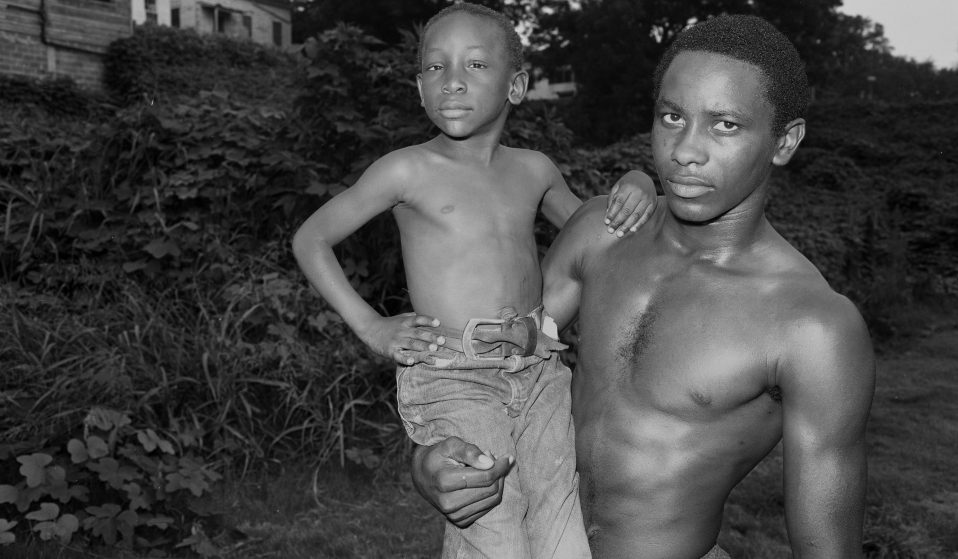 In 1982, photographer Baldwin Lee set off on a 2,000-mile road trip around the Deep South, documenting life in Louisiana, Florida and Georgia.

In 1982, photographer Baldwin Lee set off on a 2,000-mile road trip around the Deep South, documenting life in Louisiana, Florida and Georgia.

As a first-generation Chinese American growing up in New York’s Chinatown, Baldwin Lee promised his father he would attend MIT. However, after enrolling, he was absolutely miserable until he took a photography class with Minor White. Lee quickly abandoned his studies of science and technology in favour of the arts, before going on to pursue his MFA, studying with Walker Evans at Yale.

In 1982, Lee became a Professor of Art at the University of Tennessee in Knoxville and travelled for the first time to the Deep South. Excited to get to know the environs, he set off on a 10-day, 2,000-mile road trip, visiting Louisiana, Florida, and Georgia, photographing everything he found interesting along the way.

“Walker Evans had photographed in this area 50 years earlier,” Lee says. “When I was travelling and looking at places he had gone, it shocked me that absolutely nothing had changed. You believed you had stepped back into 1935.”

After processing the film, Lee realised what he loved most: his encounters with Black Americans throughout the South. “I was exposed to situations that made me realise for the first time in my adult life something about political awareness and conscience,” he says. 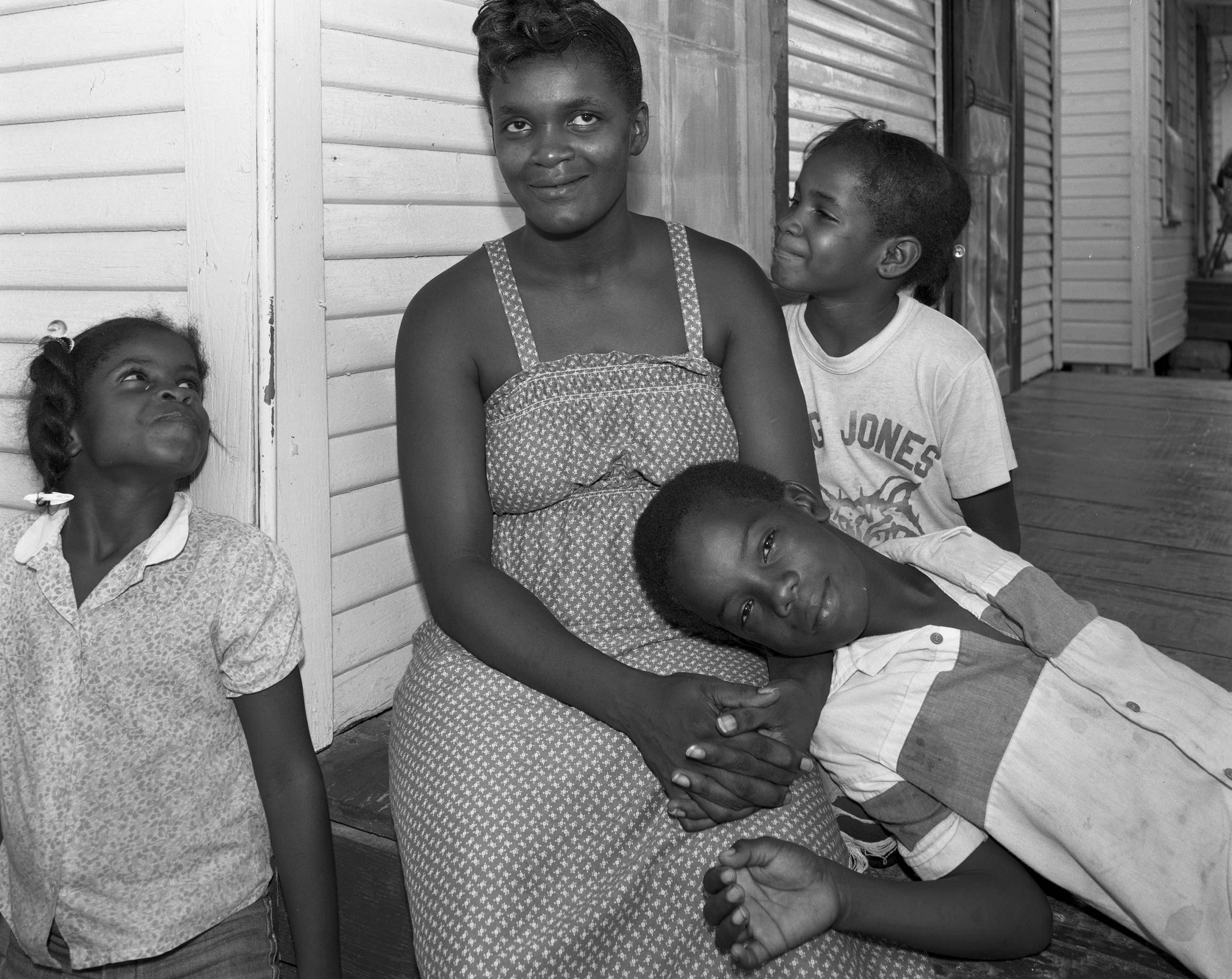 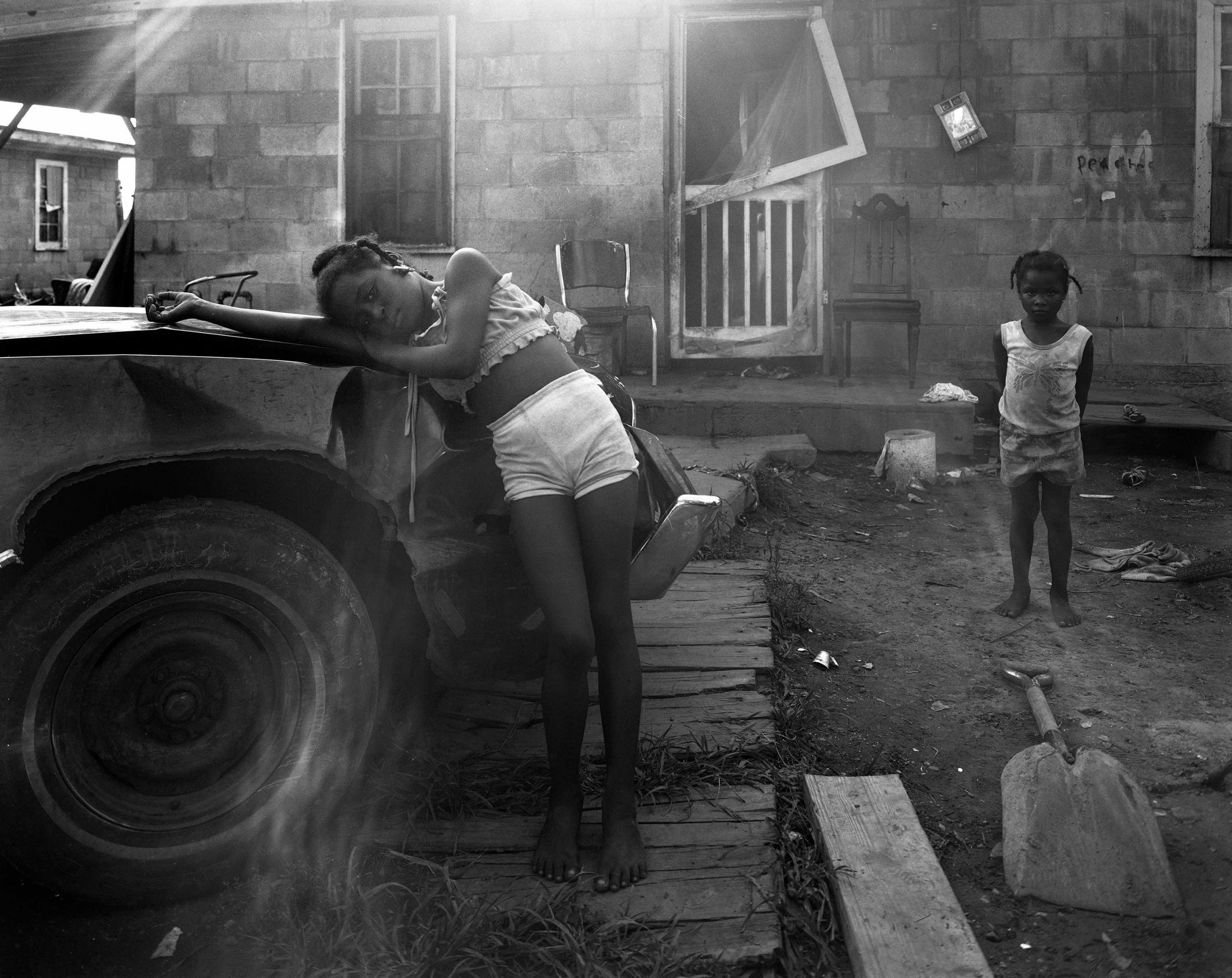 Over the next seven years, Lee would embark on a journey of discovery, creating a series of breathtaking portraits now on view in the new exhibition, Black Americans in the South.

“My work is different from a lot of other people’s work in that I was not particularly interested in the general situation,” Lee says. “It was not my goal to document poverty or economic injustice. It was always based on a very specific human aspect.”

Drawn to authentic human experiences and emotions, Lee would approach a stranger, introduce himself, ask to take their portrait, and then set up his medium or large format camera on a tripod.

“I would then attempt to recreate what it was that I had seen that was so remarkable,” he continues. “Although I knew when I approached people what I wanted, as soon as I began to direct them – because I am an amateur director and they are amateur actors – they would never do exactly as I wanted. They would always do something a thousand times better than what I wanted. Everything was like Christmas morning: you just didn’t know what you were going to get.”

“That’s why artists do art. They are always working in the hope that what they are doing will lead them to something they hadn’t done or seen before. The great power of working in art is that you are dealing with the unexpected.” 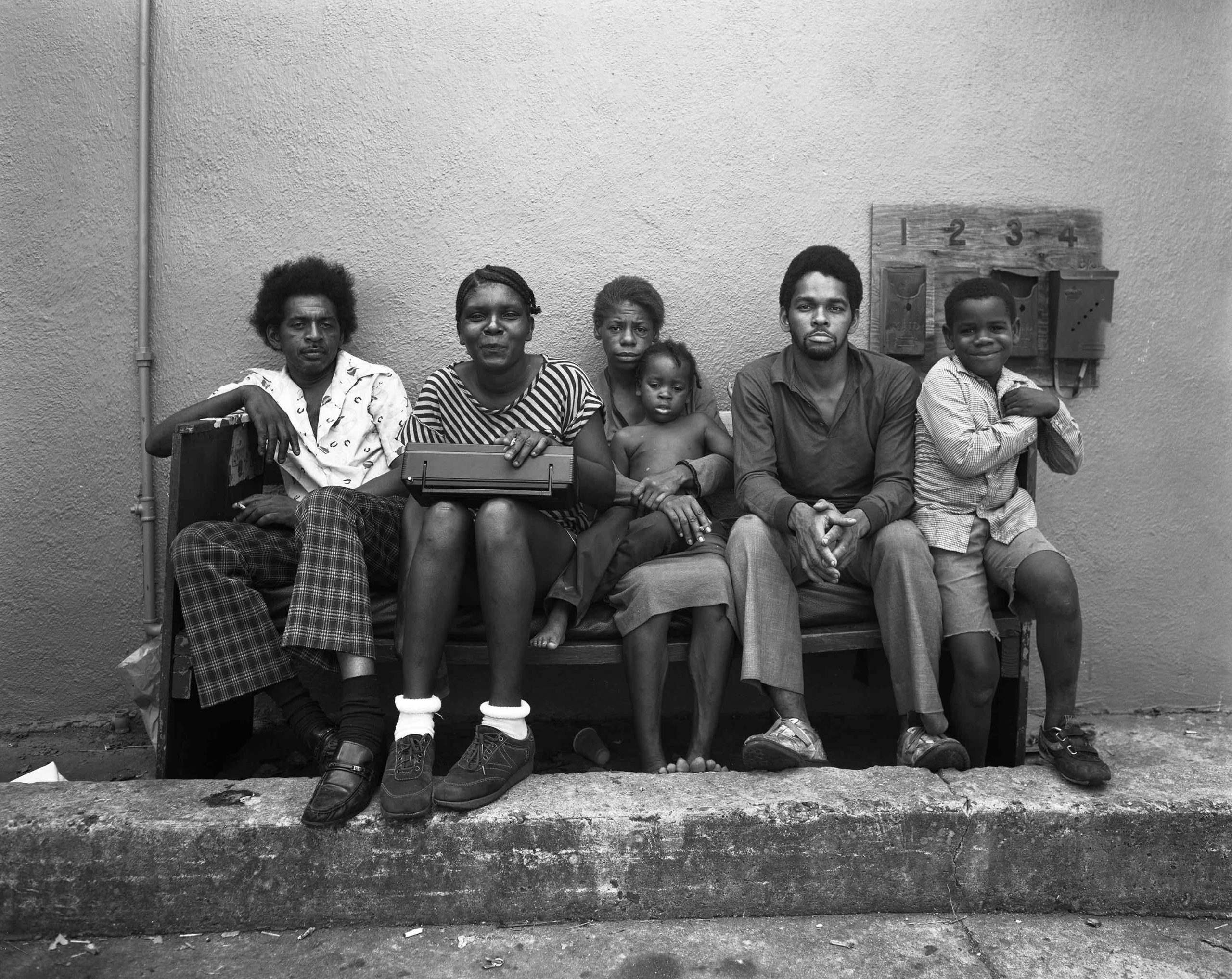 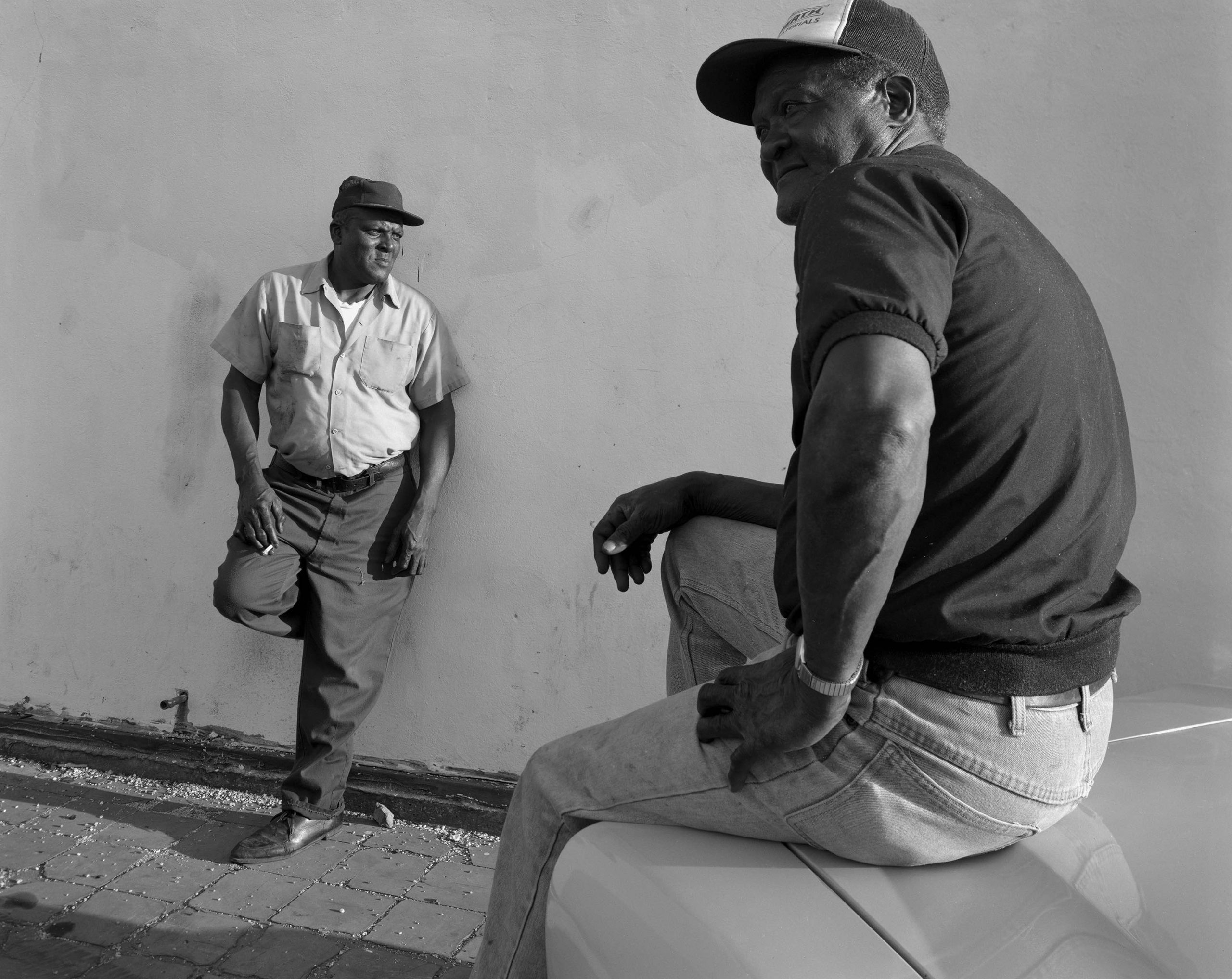 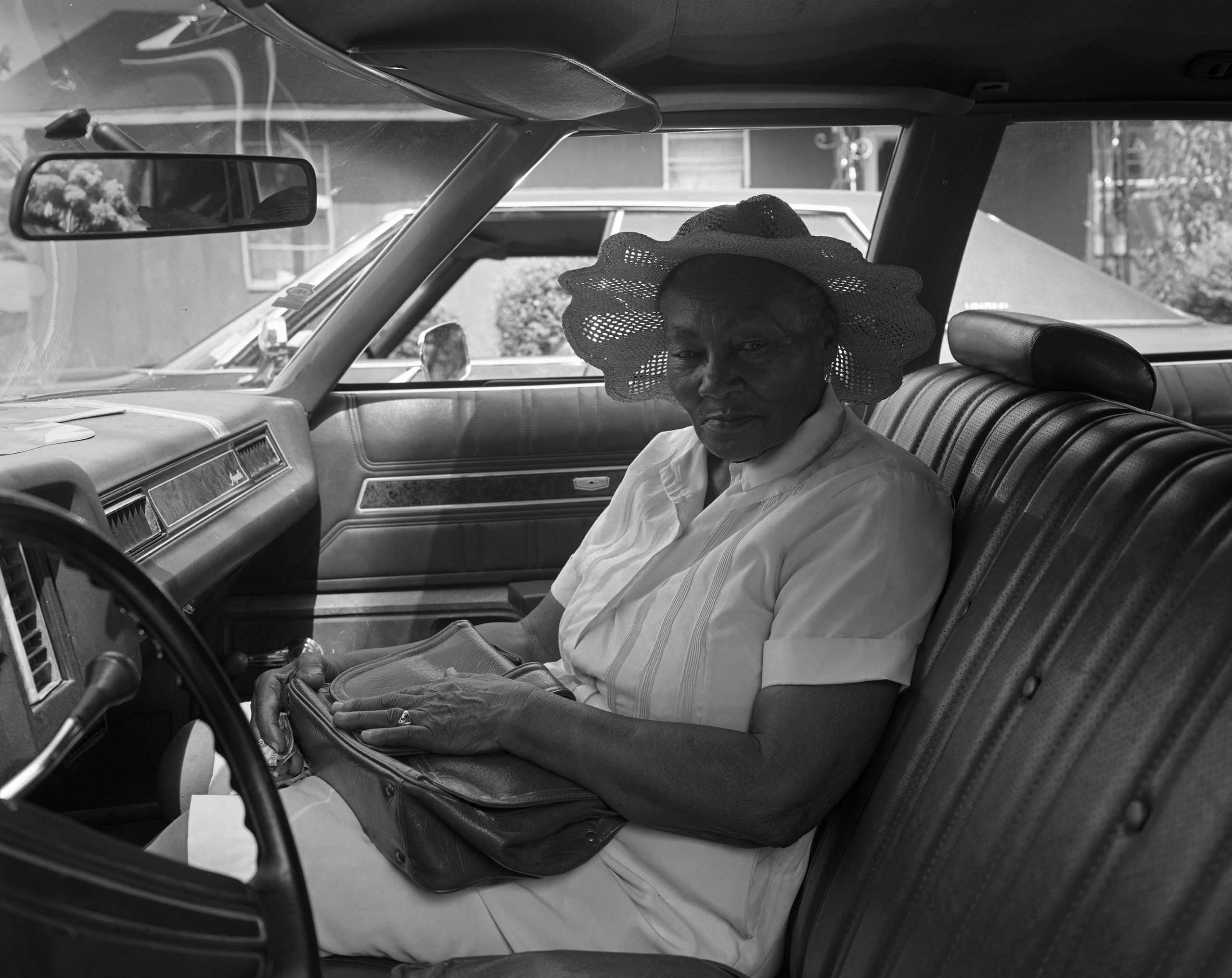 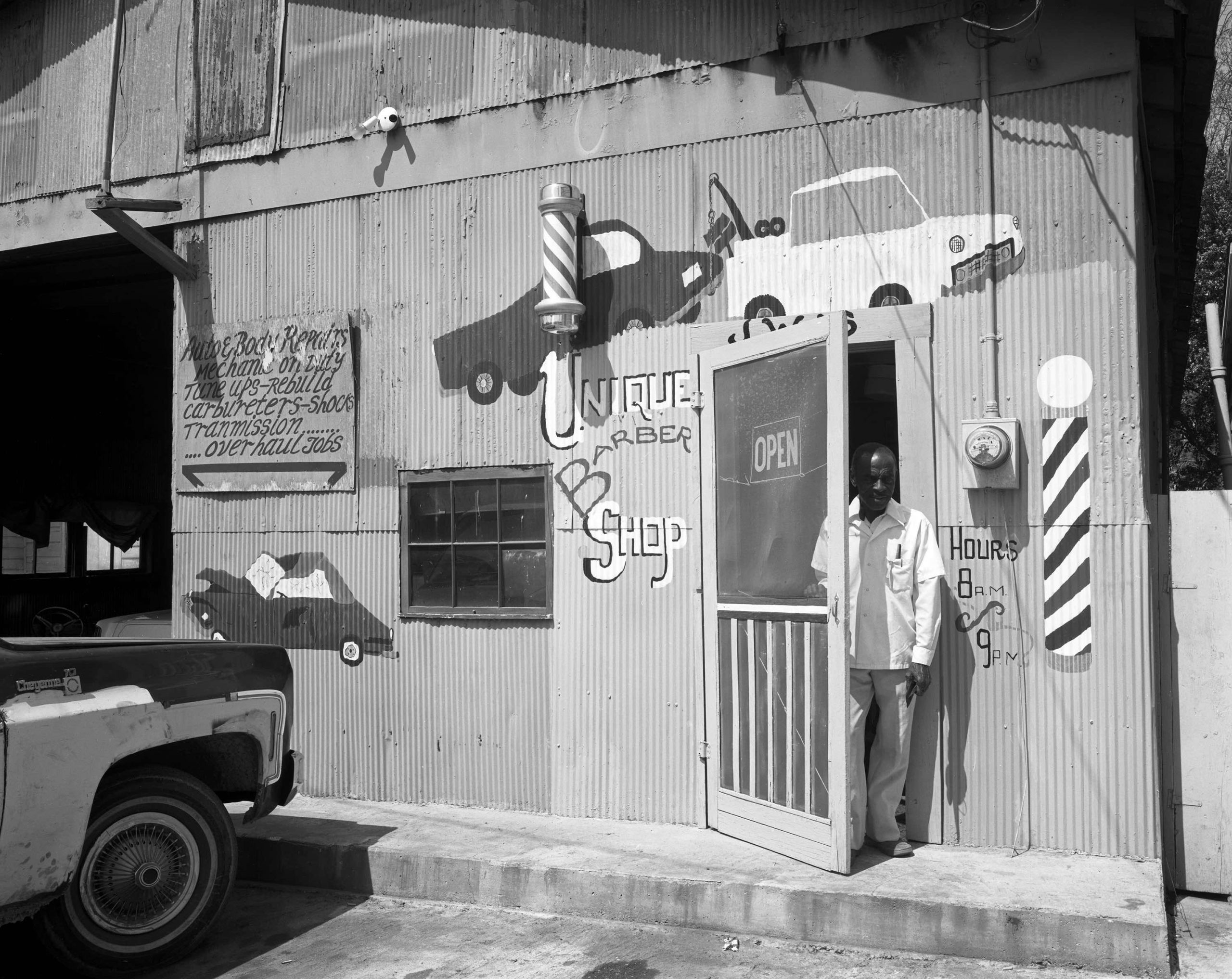 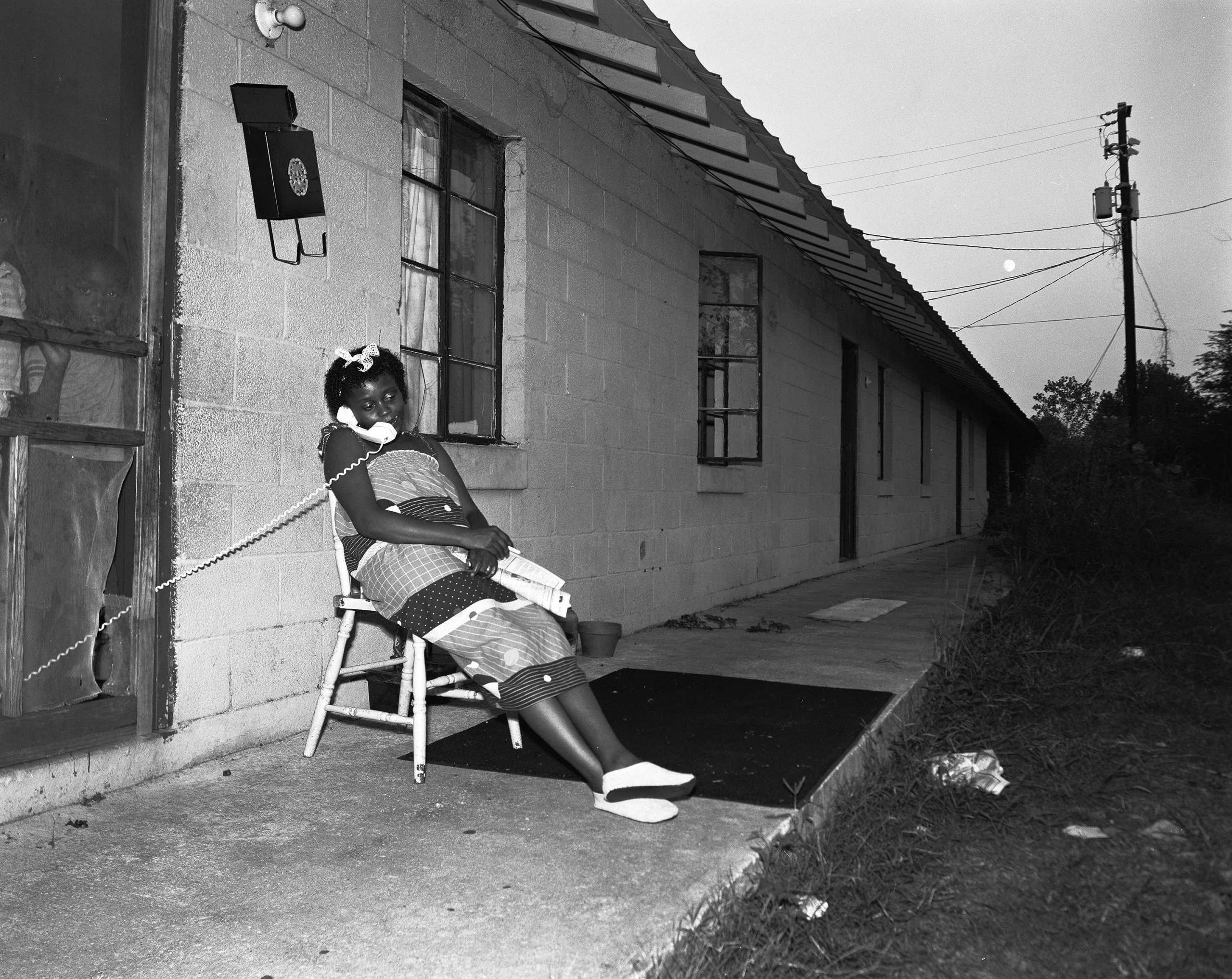 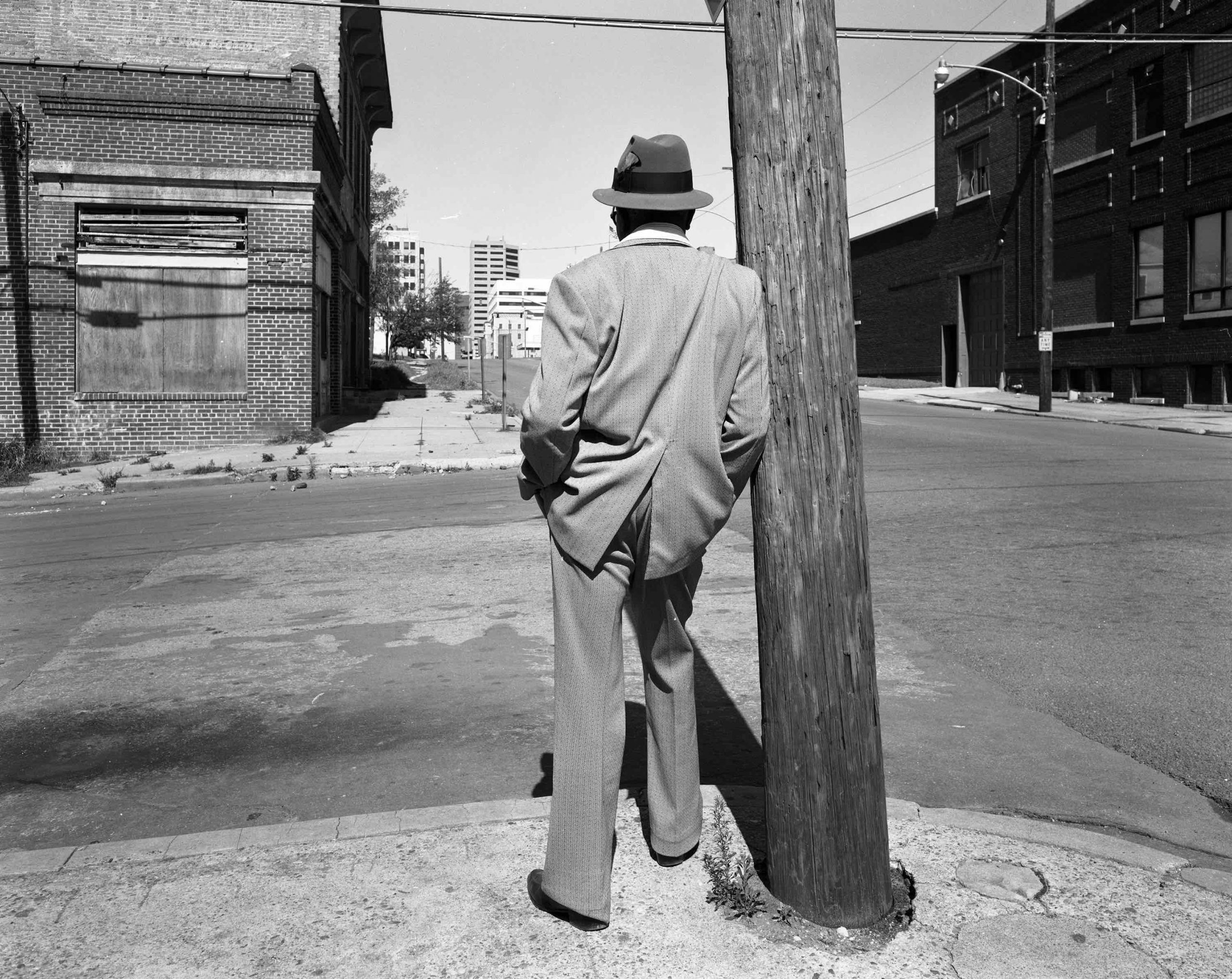 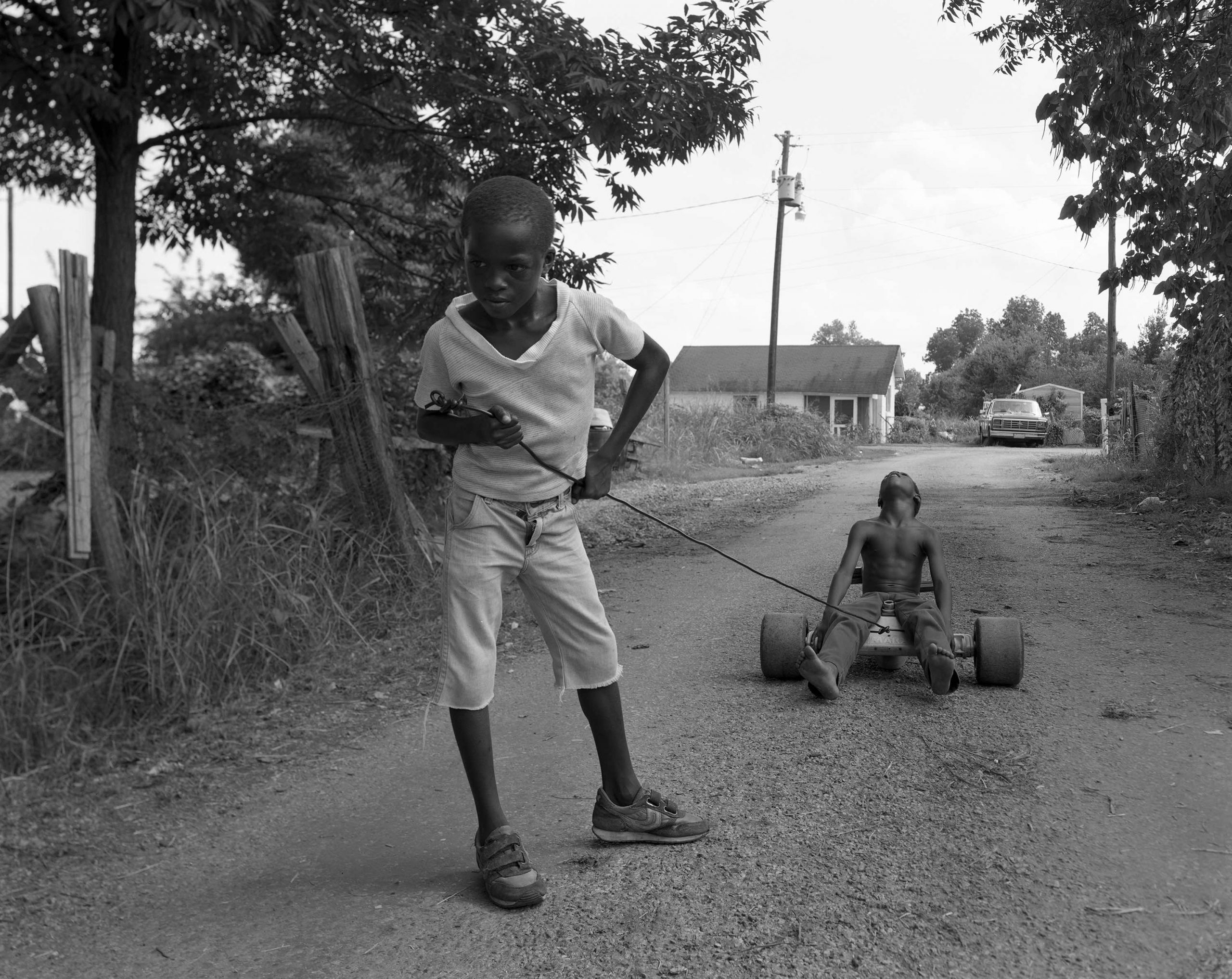 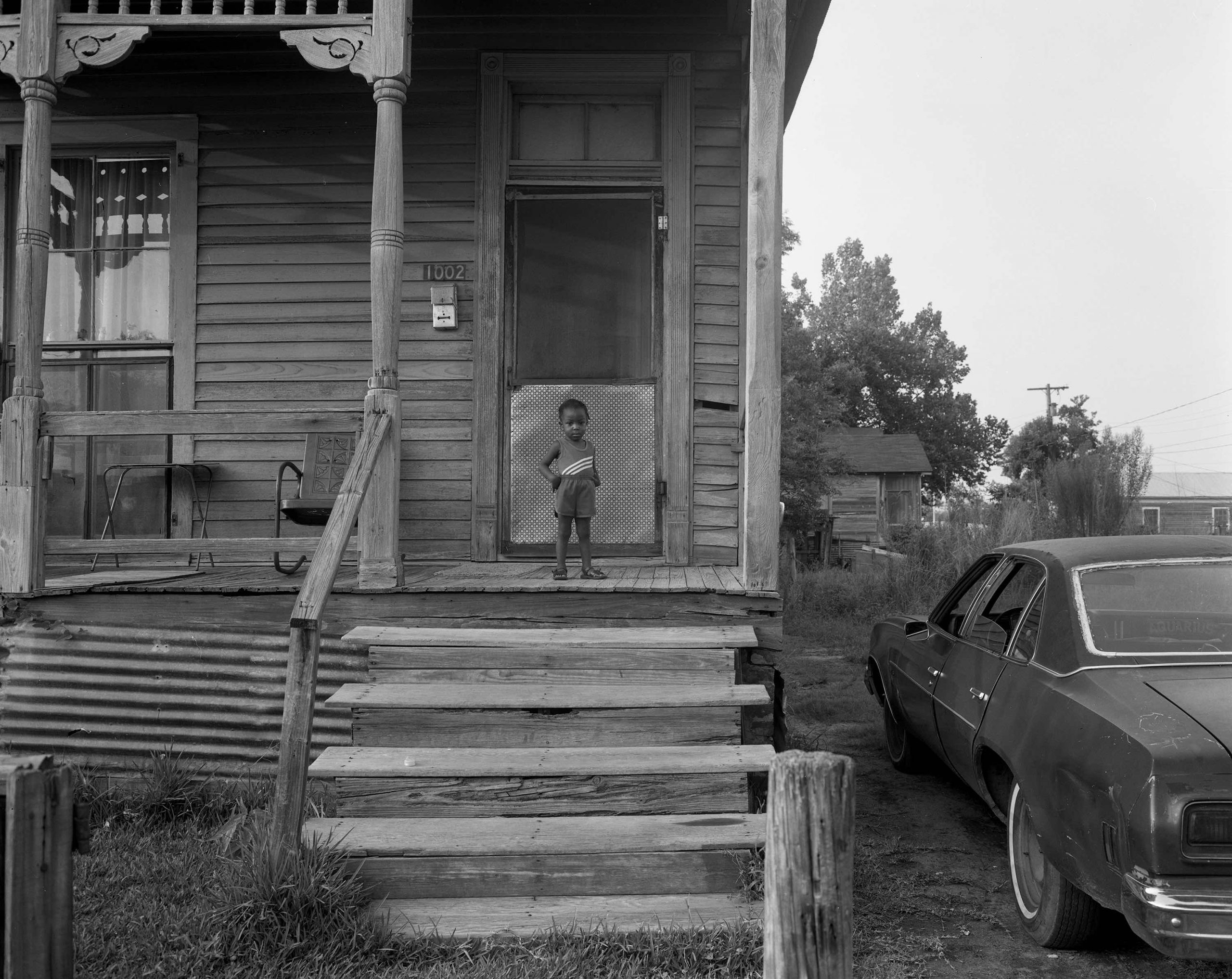 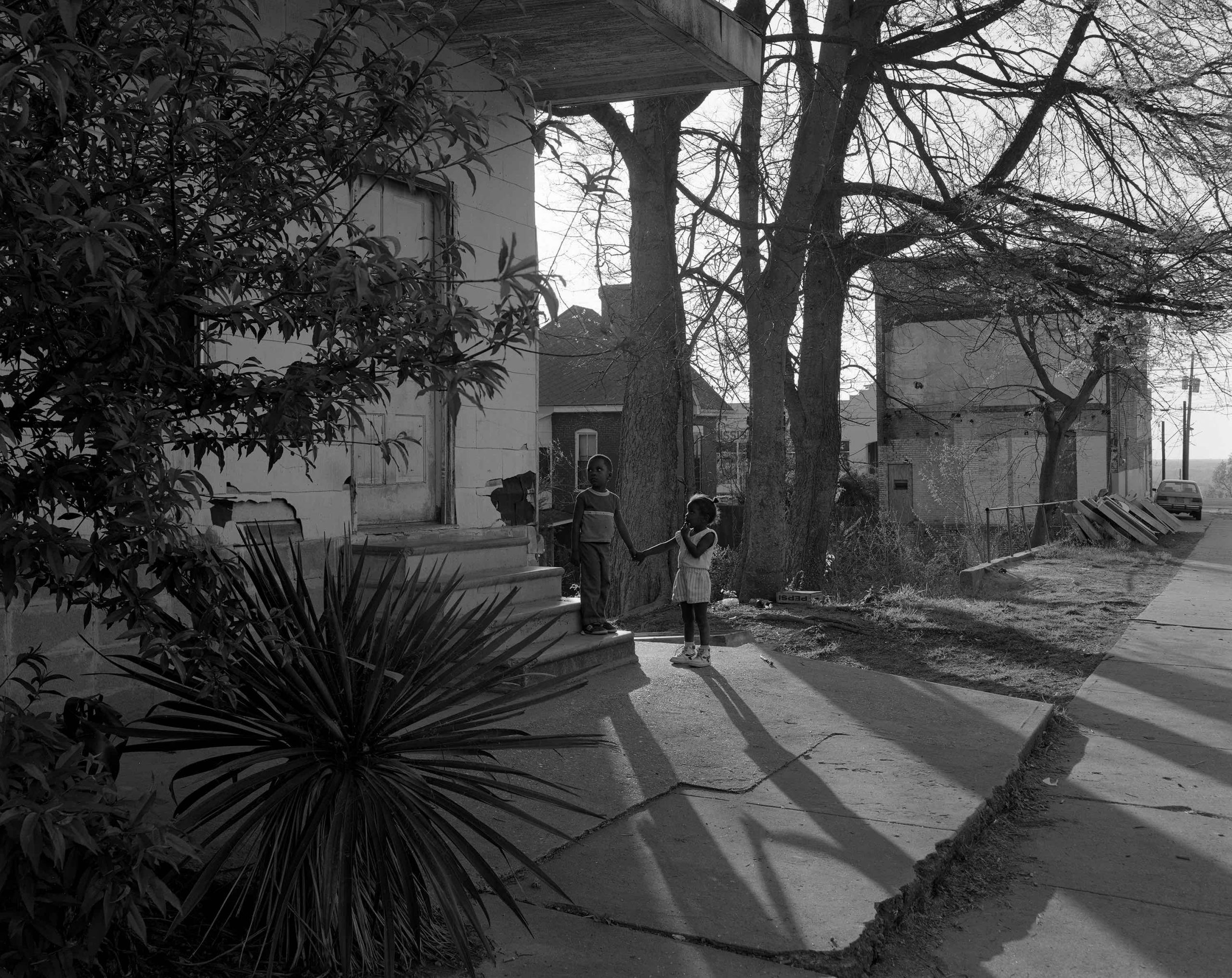 Baldwin Lee: Black Americans in the South is now on view online at Joseph Bellows Gallery.

Linkedin
RELATED ARTICLES
OTHER ARTICLES
Yesterday thousands gathered outside Buckingham Palace after news of the Queen’s death broke.
As the Scottish government announces a rent freeze, an activist with Living Rent who fought and won shares how they did it, and what must come next.
A group of young Palestinians have found temporary freedom in the act of parkour, reimagining wreckage and ruins as a series of high-octane playgrounds.
Birdy Chu reflects on documenting the historic moment in which the territory was formally passed back from the UK to China.
By turning a real-life crisis into daytime television fodder, TV bosses have once again shown themselves to be completely out of touch with audiences.
Ahead of the release of their first collaborative album, the producer and rapper talk psychedelics and the state of UK hip hop.