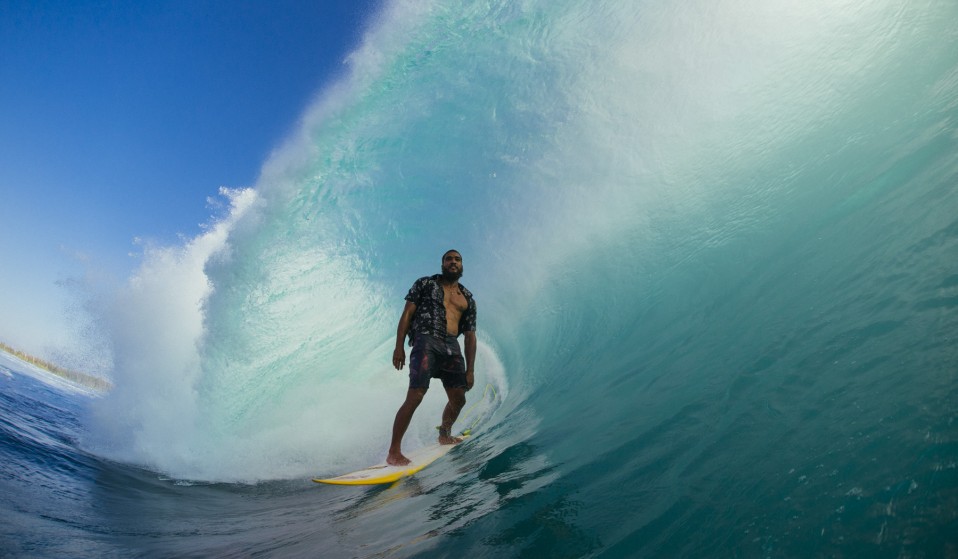 Bastien Bonnarme travels the globe capturing waves at their awe-inspiring best – risking his own safety in the process.

Bastien Bonnarme travels the globe capturing waves at their awe-inspiring best – risking his own safety in the process. Ahead of an exhibition by Huck and RVCA celebrating his finest moments, he opens up about his quest for the unknown.

Right before tracking surfers Benjamin Sanchis and Eric Rebière along the west coast of Ireland, his jet ski was ruled out of commission.

The only options left were to shoot from the shore – the rugged coastline of Mullaghmore – or to get in the water and swim.

Bastien had never seen waves so big – up to 10 metres high – but he decided to brave the icy water anyway, spending three days trying to get the right shot. 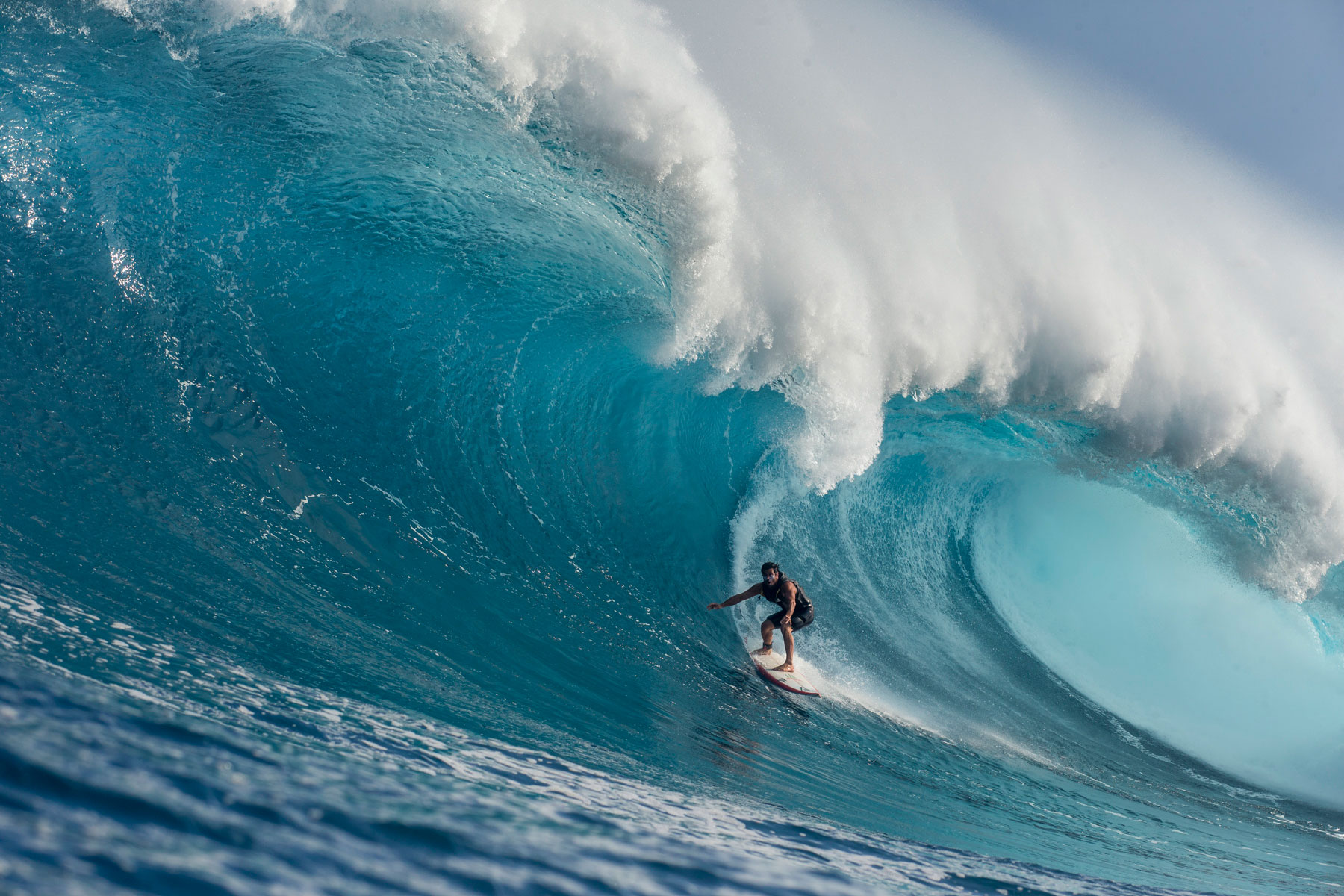 Even though the conditions nearly battered him senseless, even though he lost his some equipment to the water, it felt like a turning point – proof that Bastien was cut out for his dream career.

To celebrate some of the finest images Bastien has captured along the way, Huck and RVCA present Beyond All Control – a free exhibition at our 71a gallery on Wednesday 25 October.

Ahead of the show, the 34-year-old opened up on his quest to chase the unknown.

What inspired you to combine the sea and photography?
I used to be a musician but when I discovered the ocean, I fell in love. That came a bit late: I began swimming around 17. After that, as a student, I worked as a lifeguard and began shooting a little bit with an old camera of my father’s.

One day I was walking along a beach and discovered a group talking about bodysurfing. When I saw the pictures, I thought, ‘My god, I’d love to capture that for a living.’

It felt like the perfect combo: you get to spend time in the place you love to be, doing what you love to do. But I never expressed that to anybody because it seemed completely unrealistic. 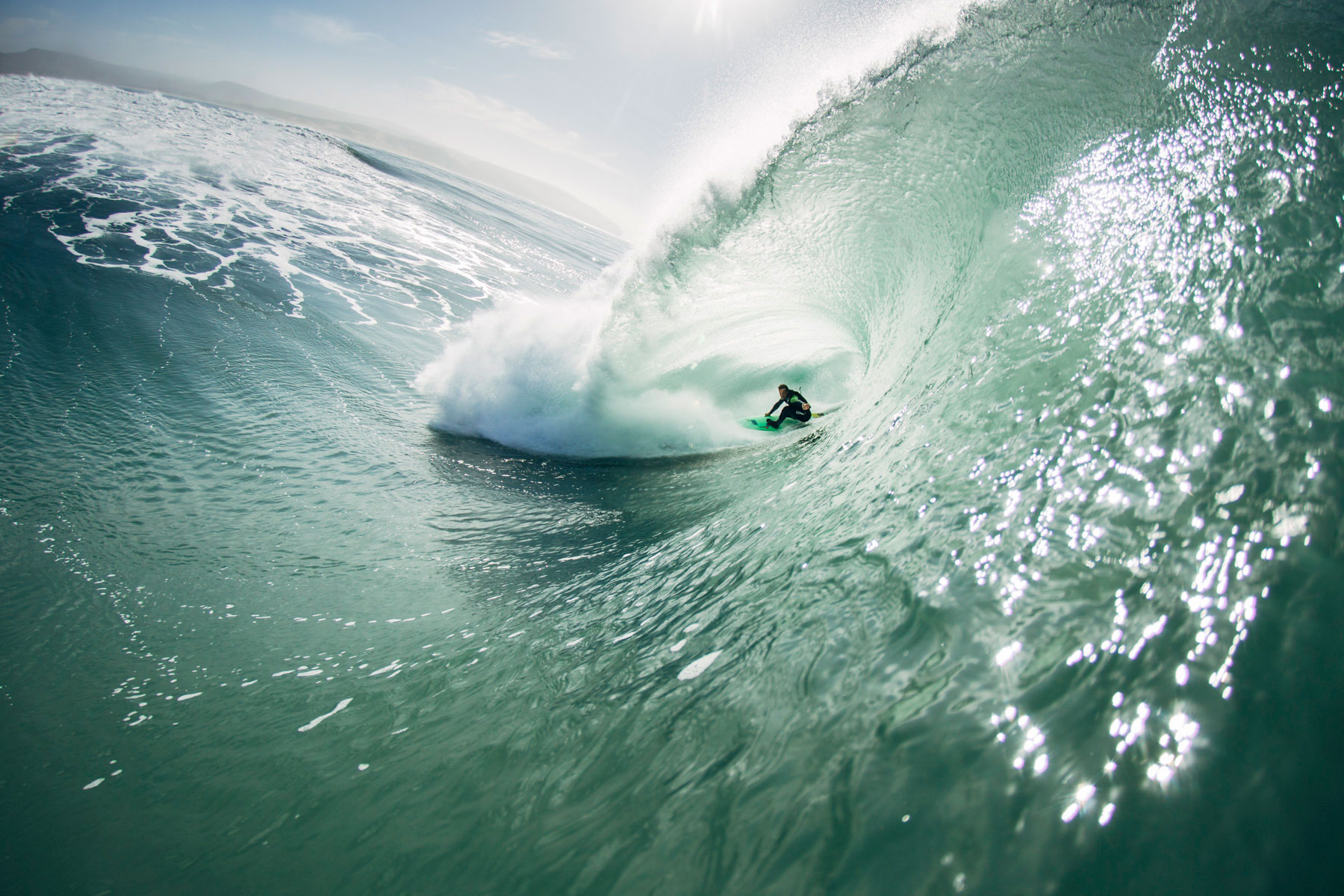 At the end of my studies, I was supposed to go travelling, discovering new countries and taking photos. But after my first water shots in Hawaii, I was hired by the agency of two photographers I had met. I spent three years with them and finally decided to work alone in 2011. I haven’t looked back since.

What do you think enabled you to make a living from something you didn’t even think was feasible?
Just passion. When I started shooting big waves, people would say: ‘You’re crazy. The risks are huge. You don’t need to do this.’ But I realised later that everyone has their own limit that they set for themselves.

I’m lucky in that I’m doing something I love. There aren’t many other types of photography where you’re that involved and part of the result. With surfing, you’re moving all the time. Your focus and commitment can change the outcome. But when it comes down to that moment, when it’s just between you and the surfer, you have something really special. 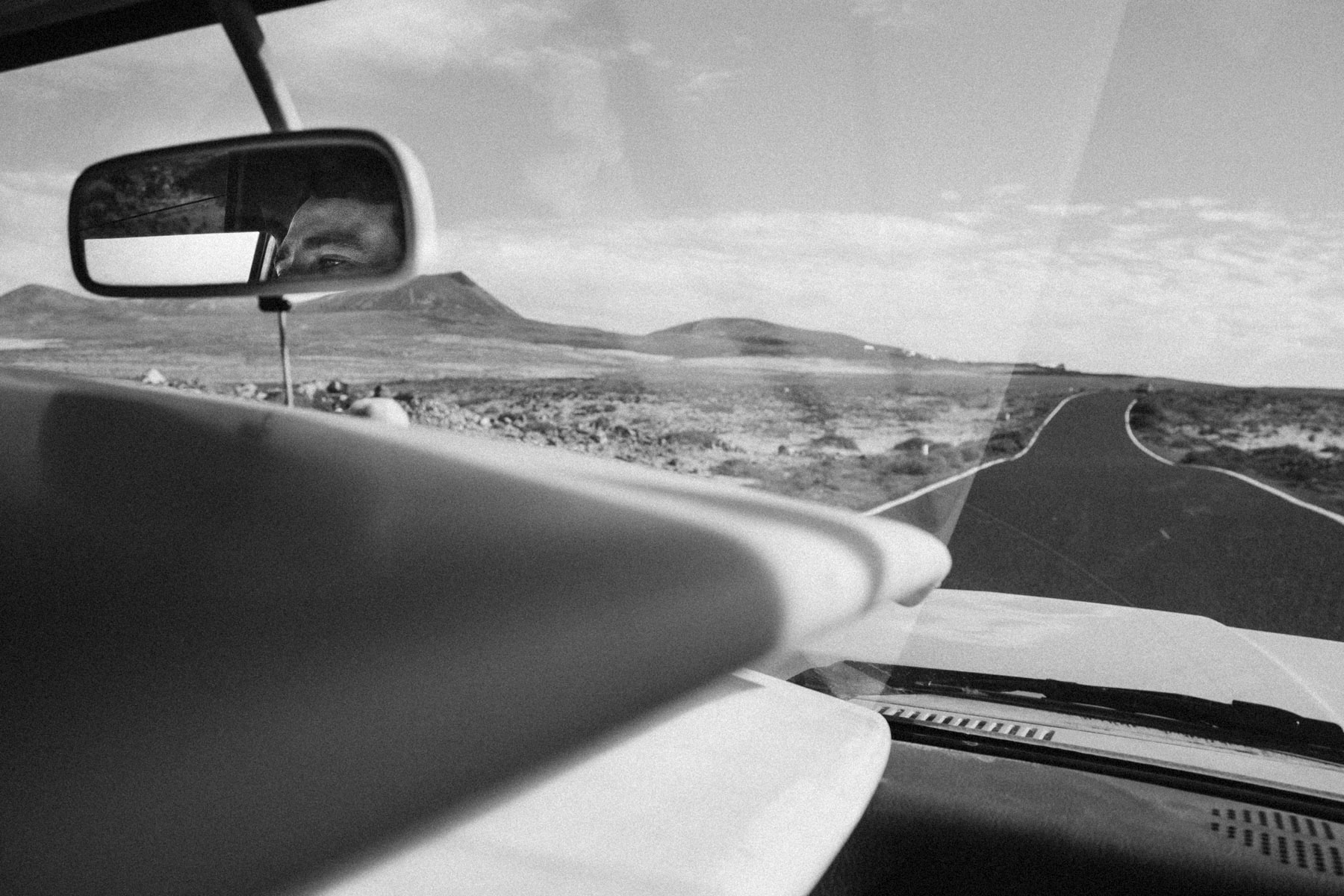 Most people wouldn’t have a clue how to make the ocean look interesting. How can you approach it distinctively time and time again?
I can understand why someone might feel that way. I always try to do something different – and it is hard – so it’s all about subjectivity. You have the technical part – the lens, the angle – and then there’s the experience, which is really important to me.

If you’re going to launch yourself into a big wave with a camera for the first time, it’s unlike anything else you’ve experienced. It requires great focus. There are so many things to hone in on, so many ways to be different. 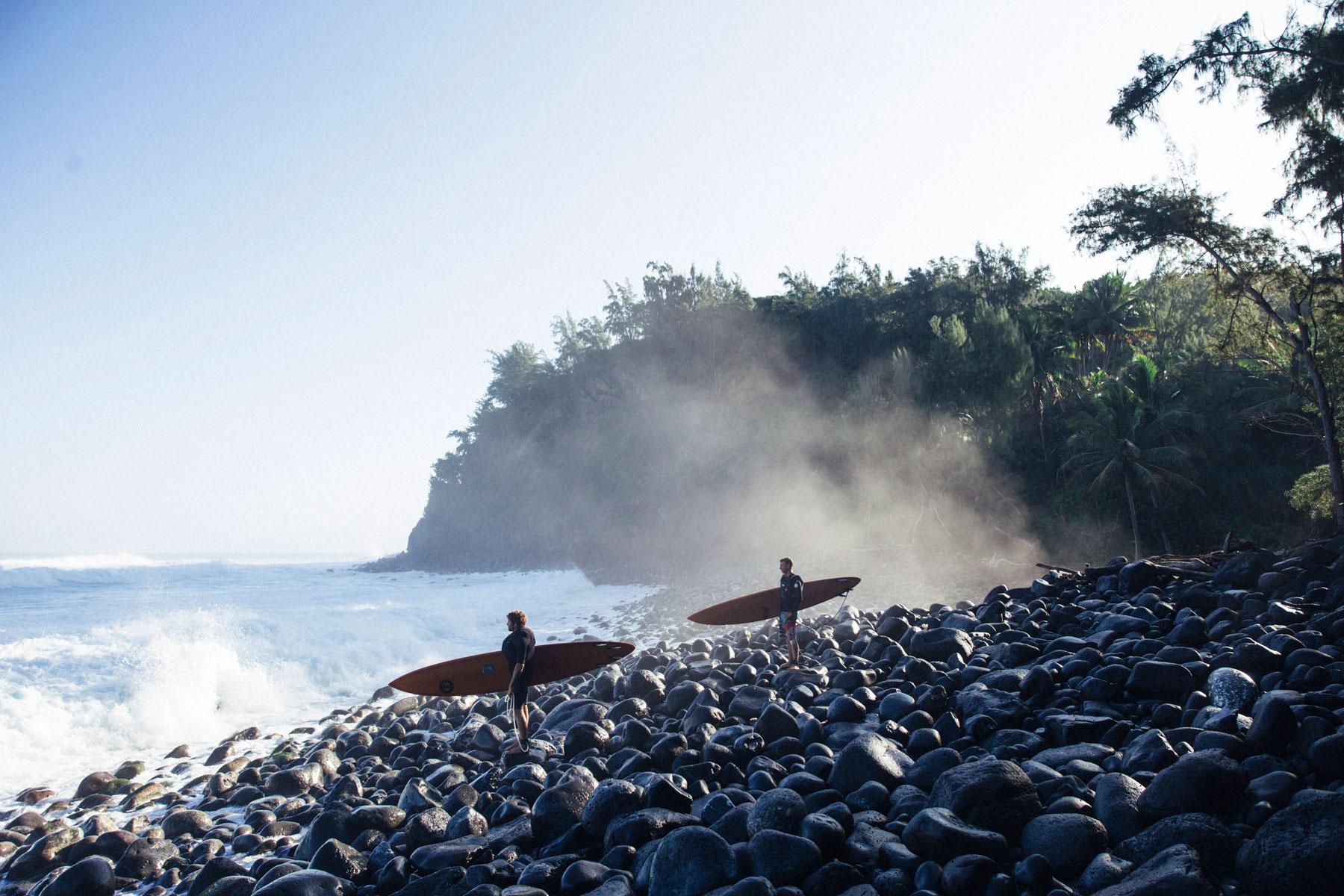 How do you keep yourself calm in those risky situations?
I’m used to training – running and boxing – and when you’re boxing with somebody who’s better than you, you need to keep calm; you do that by staying in the ring and keeping your self-control, even when it’s hard. Of course, it also helps when you know that you’ve been through situations like this before.

There’s a term in French – lâcher prise – to let go of everything. That’s what it’s all about. You can have the training, the experience, the mentality, but you cannot control everything because each situation is different. Sometimes the weather will remind you of that. 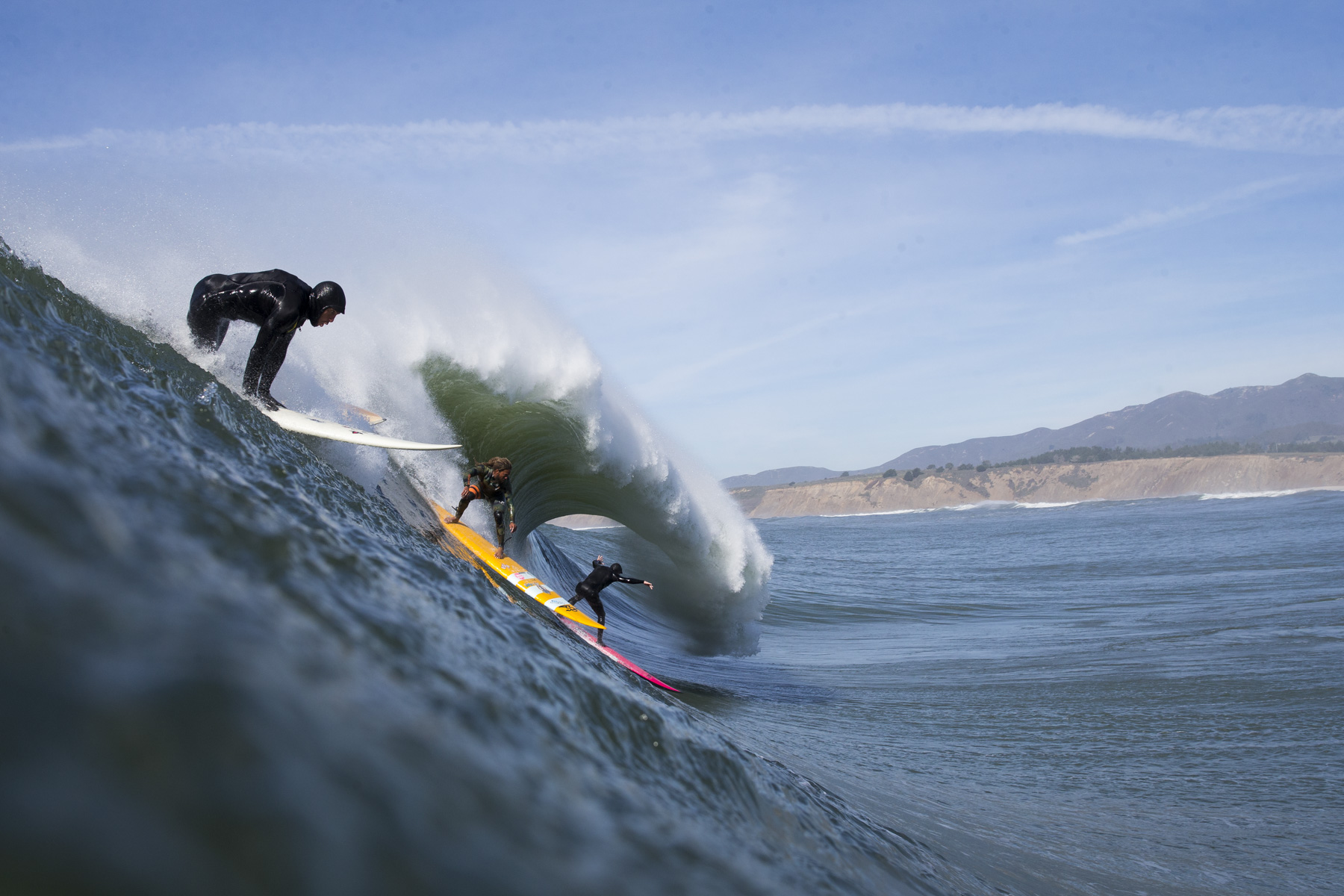 Aside from the uniqueness of the moment, what is the most rewarding part for you personally?
That’s a good question because sometimes you’re doing this for reasons other than you’d like to admit. You can think you’re doing it for the public, but part of it is unquestionably selfish. You’re doing it for you. I mean if you weren’t, you wouldn’t be doing it as well as you possibly can. There are a lot of steps involved. You don’t just jump on a plane, go there and take the shot. But to take part in that journey and deliver on it is a special thing.

What image are you most connected to?
The Kai Lenny Mavericks shot. I was thinking about that for years and years. Nobody tried to swim there before; the sharks, the rocks, the cold water. But I could see it clearly in my head and was determined to do it. There’s a lot of adrenaline and violence in that image, but there’s also the perfection of the wave and the colours. That picture went global. 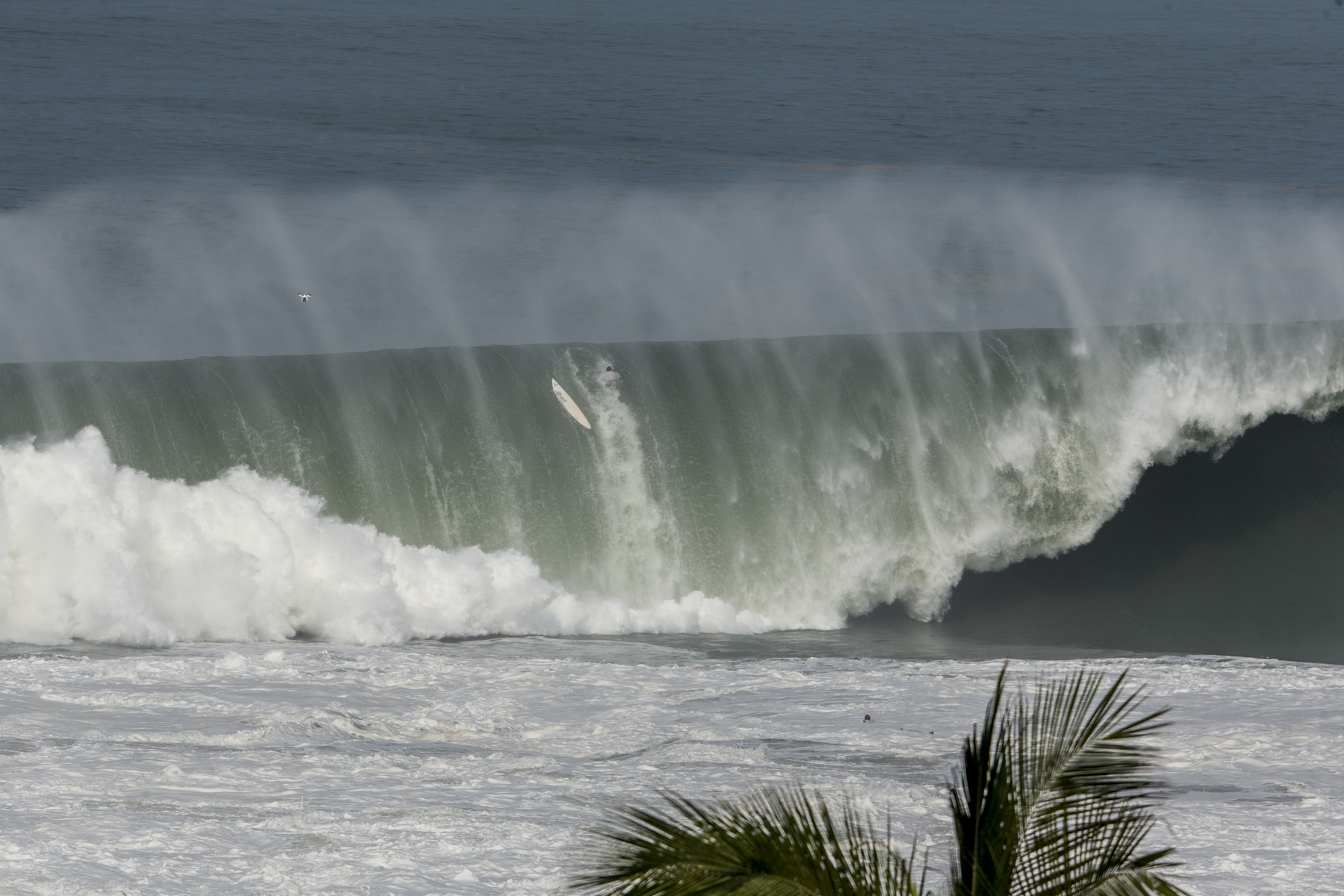 Away from surf, how do you engage with other subjects to the same level?
It’s different. To be honest, there’s no comparison between what I like to do in surfing and what I cover in other sports. It’s like a drug. Nothing can compete with my fascination for the ocean.

But when you’re photographing it, you need to be careful; you have to be aware that one moment is not going to happen again. You’re not going to say to a surfer, ‘Hey, could you repeat that please?’ That’s not how it works. Once it’s gone, it’s gone. 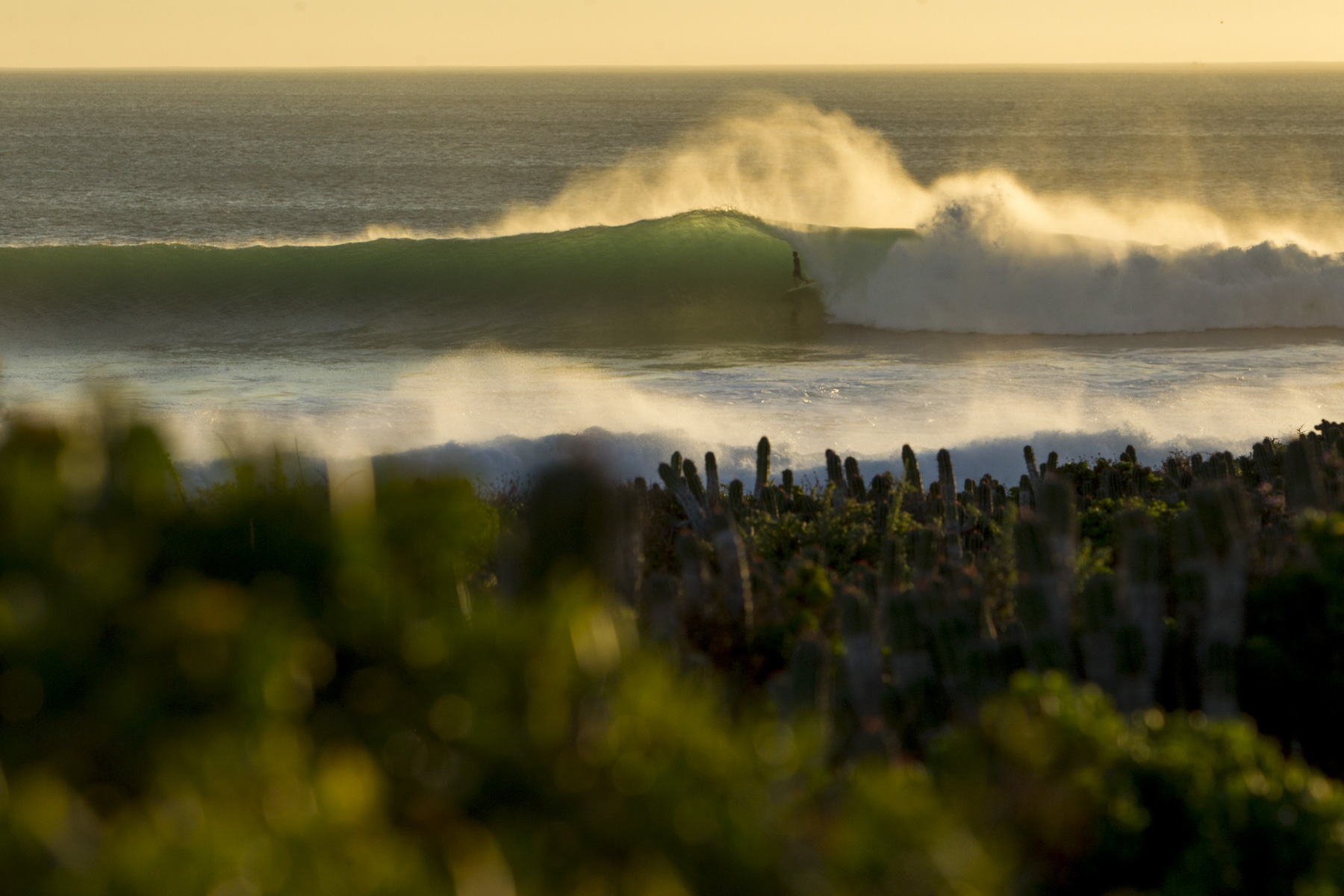 What would you say is the biggest challenge of being a professional action photographer?
Maybe the only downside of my job is that it’s really hard to have a rest. I’ve been doing this for 10 years and I’ve made a lot of sacrifices, so when I’m back I try to spend time with my friends and my girlfriend – but it’s not always easy. You can’t rest like normal people.

But the best piece of advice I’ve ever had is just to keep going, to keep dreaming, until you accomplish the things you want to do.

Beyond All Control by Bastien Bonnarme is on 25 October at 71a London. RSVP here.

Linkedin
RELATED ARTICLES
OTHER ARTICLES
Freddie Miller’s new series of photographs investigates who today’s trainspotters are and what drives their unfettered enthusiasm.
LGBTQ+ students are keeping the spirit of the original Pride alive by fighting for liberation for everyone, not just their community.
Photographer Matthew Brookes recalls following a group of young people in Venice Beach living in search of the perfect wave.
With inflation now at a 40-year-high of 9 per cent, demonstrations organised by TUC took place to demand action from the government.
Curator Antoine de Beaupré discusses his immense record collection and what it tells us about the intersection of music, photography, art, and commerce.
In the latest instalment of Photographers in Conversation, the chronicler of raves, protests and beyond explains why he’s drawn to such specifically visceral environments.