Art & Culture / Photography / These are the beautiful faces of London today 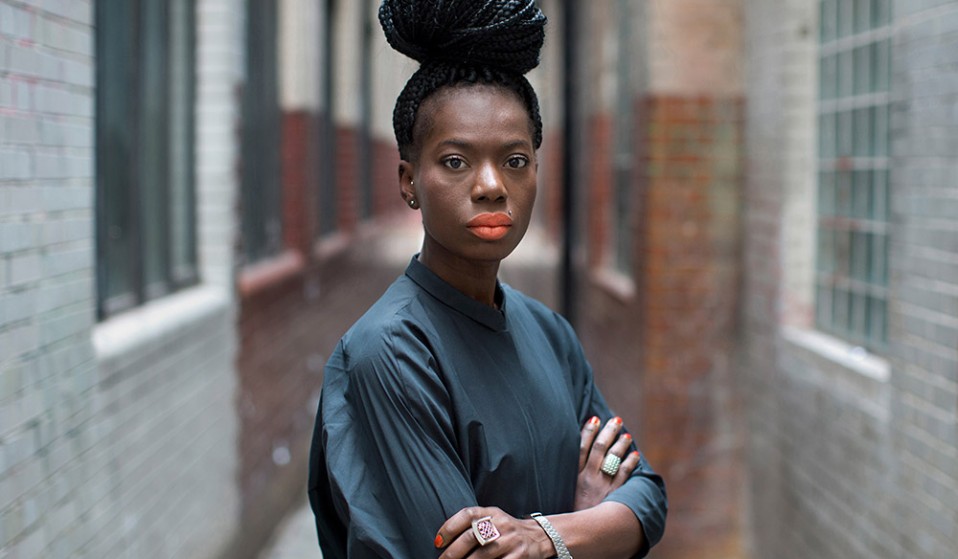 Photographer Peter Zelewski’s intimate portraits of Londoners pay tribute to the technicolour mix of people who make it the greatest city on earth.

Photographer Peter Zelewski’s intimate portraits of Londoners pay tribute to the technicolour mix of people who make it the greatest city on earth.

What does a Londoner look like? Answering that question today is just as impossible as it has ever been, since the Romans founded Londinium two millennia ago.

A multicultural melting pot from the very beginning, London’s kaleidoscopic mix of people from every corner of the globe have all played their part in making the city what it is today.

Photographer Peter Zelewski has spent nearly a decade shooting portraits of people who caught his eye during his travels around the city. After all that time, he’s no closer to working out what makes a ‘Londoner’ but he’s gained a deeper sense of the city’s rich contrasts, colour and character. 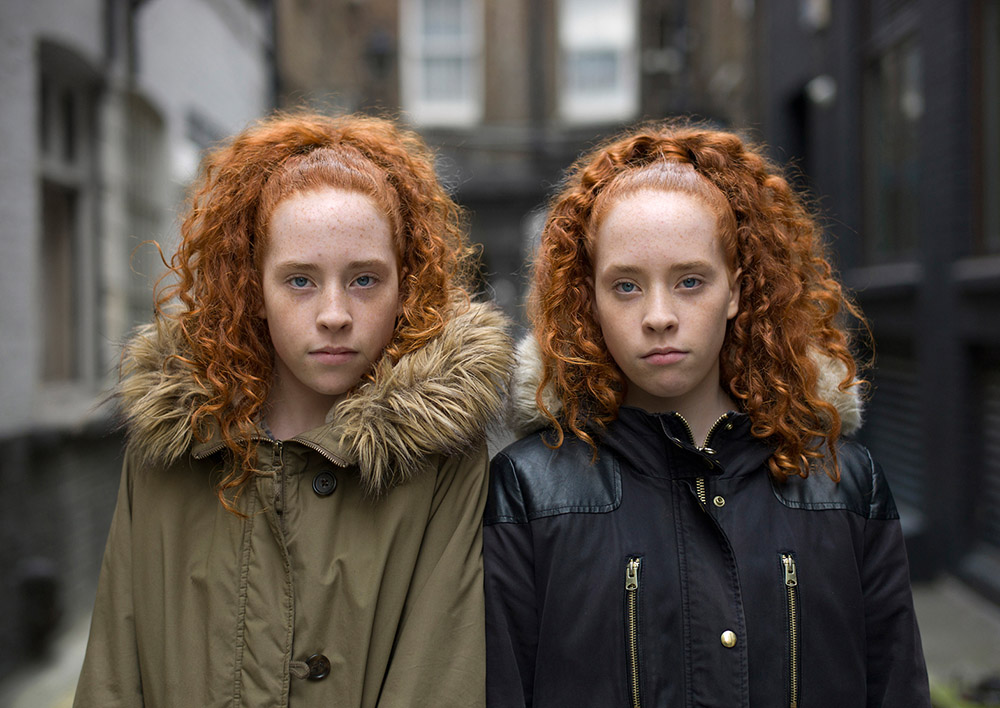 Peter was born in Detroit, but listening to the stories of his English mother helped instil a fascination for London in him. As the sounds of The Sex Pistols, The Clash and The Damned made their way across the pond, eventually the lure of punk’s hometown became too strong and Peter moved to the source.

A Londoner for the last thirty years, People of London is Peter’s tribute to the city he calls home and the people who make it his favourite place on earth. 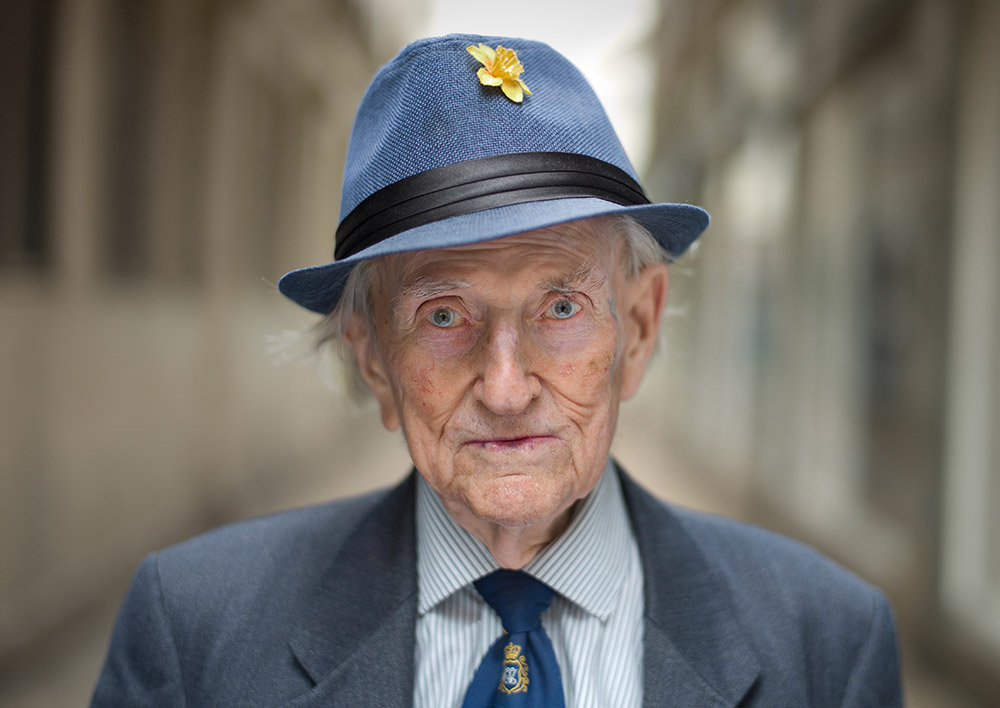 What drew you to the people you photographed?
If I had to use one word to describe the type of person I was drawn to during this project I suppose it would be ‘unique’. I never had any real desire to photograph models or traditionally beautiful people but was always more excited to photograph real, everyday people who had a certain uniqueness, charm, personality and individuality about them which caught my eye when I first saw them on the street.

I’ve been a voyeur of London and its people since I first arrived here 30 years ago and have always been amazed by the individuality and diversity of Londoners. Whenever I hit the streets of London with my camera, I never seek or search for a certain type of individual but just observe people until someone catches my attention.

The initial attraction may be because of an item of clothing they are wearing, the way the person carries themselves or something as simple as an interesting expression on their face. Whatever it is, all the people who appear in my book displayed a certain uniqueness which made make me want to approach them for a photograph. 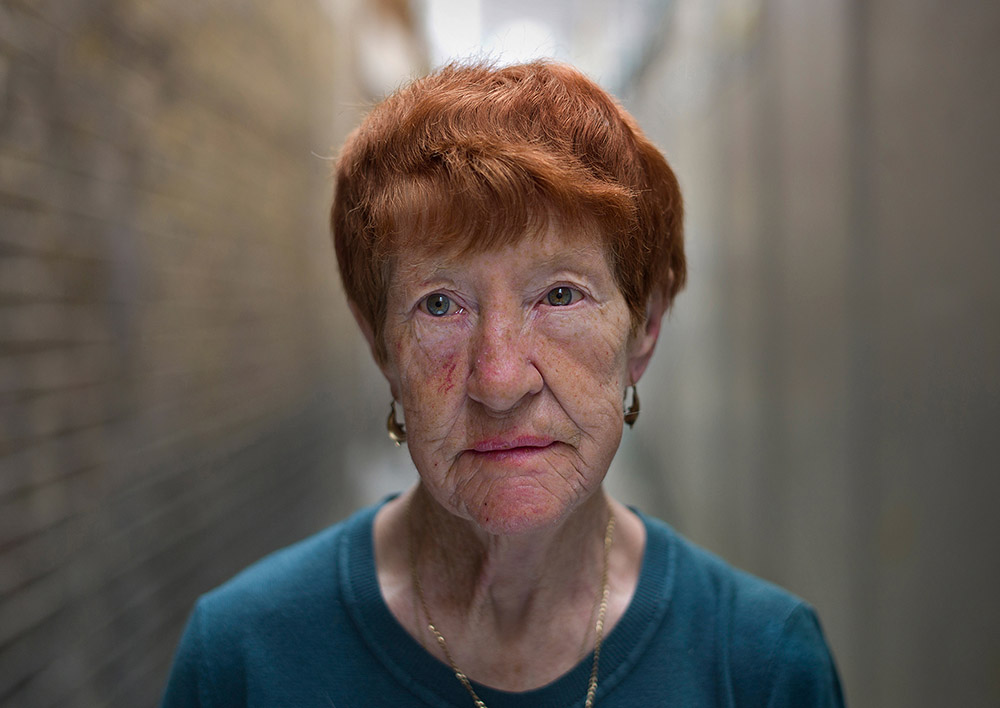 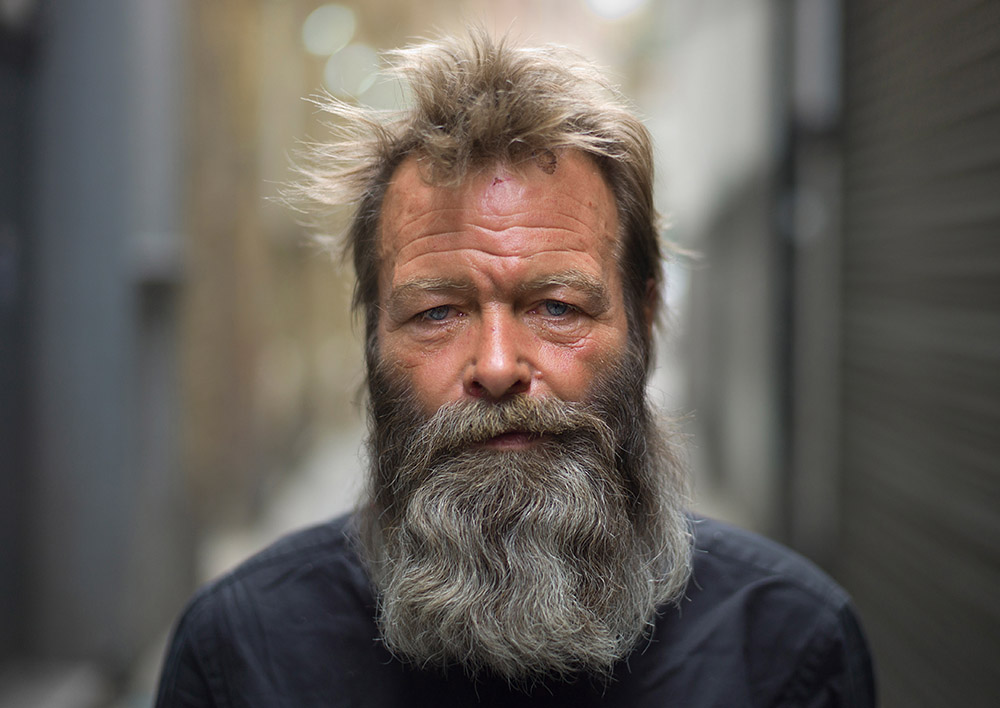 Did the book take you any closer to working out what a true Londoner is?
If I had to be totally honest, I think working on my book has made it even harder for me to work out exactly what a true Londoner is! Through all the photographs I have taken and all the conversations I have had, it has become apparent that being a Londoner means something different to everyone, myself included.

The one thing I have learned is that being a Londoner has very little to do with where you were born and how long you have lived in the capital but more about your passion for this great city. I suppose once London gets in your blood (regardless of your background) it rarely leaves you and that was obvious in almost everyone I photographed. The one thing I noticed with all the Londoners I photographed was their absolute passion and belief for what was happening in their city. Always outspoken, always passionate, always open-minded and always ready to speak their minds, that is a Londoner! 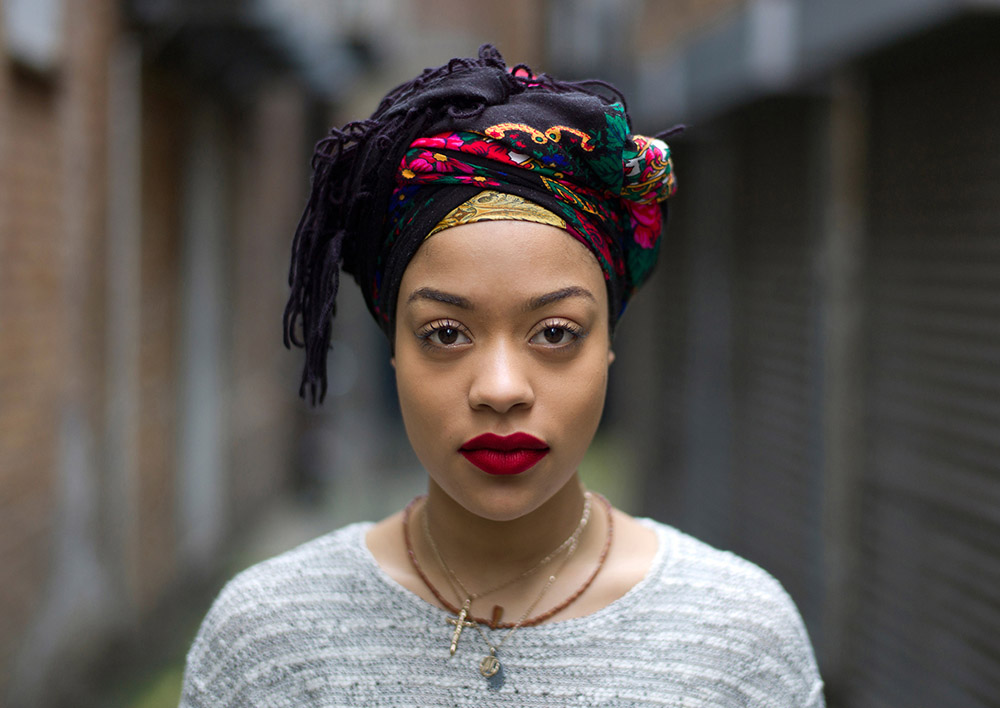 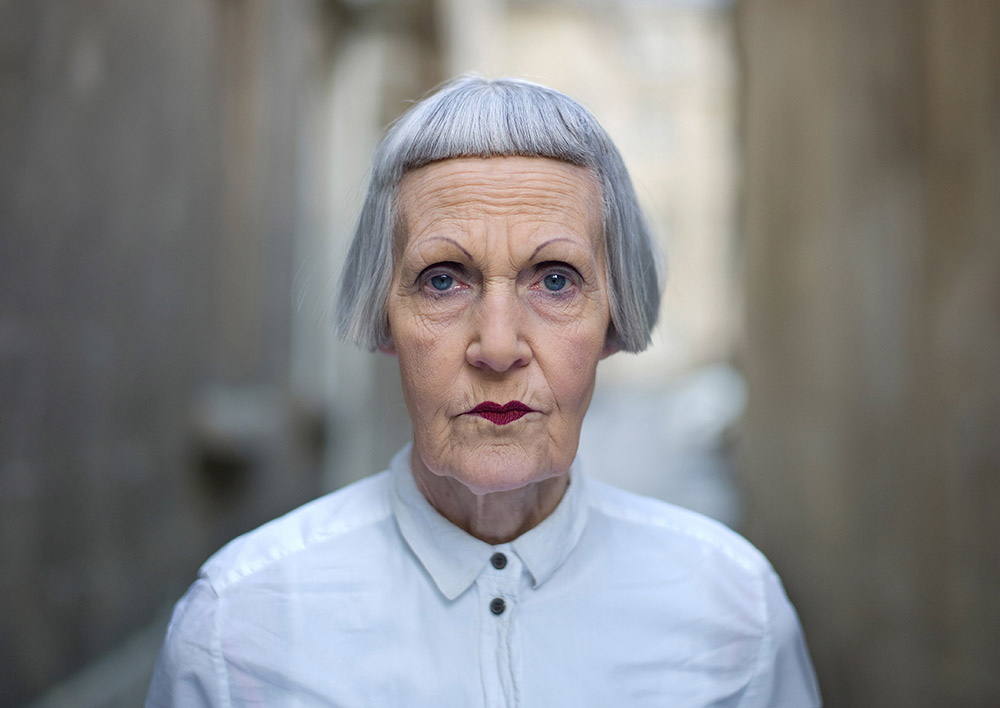 Growing up in Detroit, what was it that really excited you about the London you could see across the pond?
By the late 1970s Detroit was in major economic and demographic decline with the highest crime rates in the US and huge areas of the city in a state of severe urban decay which lead to a very desolate city. As an impressionable teenager, I felt stifled by the mediocrity in my hometown and longed for a certain excitement which wasn’t on my doorstep and that is when I discovered punk. I was only about 15 at the time but when I first heard ‘God Save The Queen’ by the Sex Pistols life seemed to change overnight and London was now the place to be. Hearing the Pistols for the first time and reading about the punk movement in London gave me the direction I needed. I loved the excitement, rebelliousness and style of punk and that all seemed to be tied in with London.

Those early images of the Pistols outside Buckingham Palace, the Clash under the Westway and the Jam on Carnaby Street were continually cemented in my mind. At the time (pre-internet) it all seemed like a million miles away and was so much more exotic than anything that was happening on my side of the Atlantic. Although there was a punk scene around the same time in New York, the London scene was much younger, sharper, more relevant and I immediately wanted to be part of that. Ultimately, London appeared to me as a city where you could dress in any way you desired and be whoever you wanted to be, which I still feel holds true today. 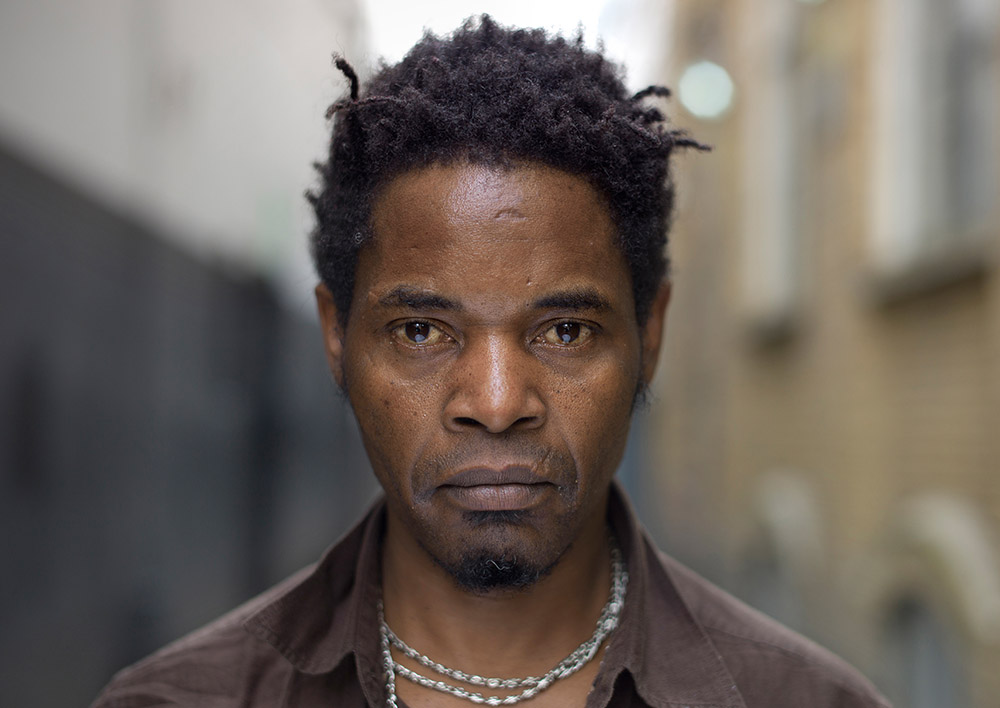 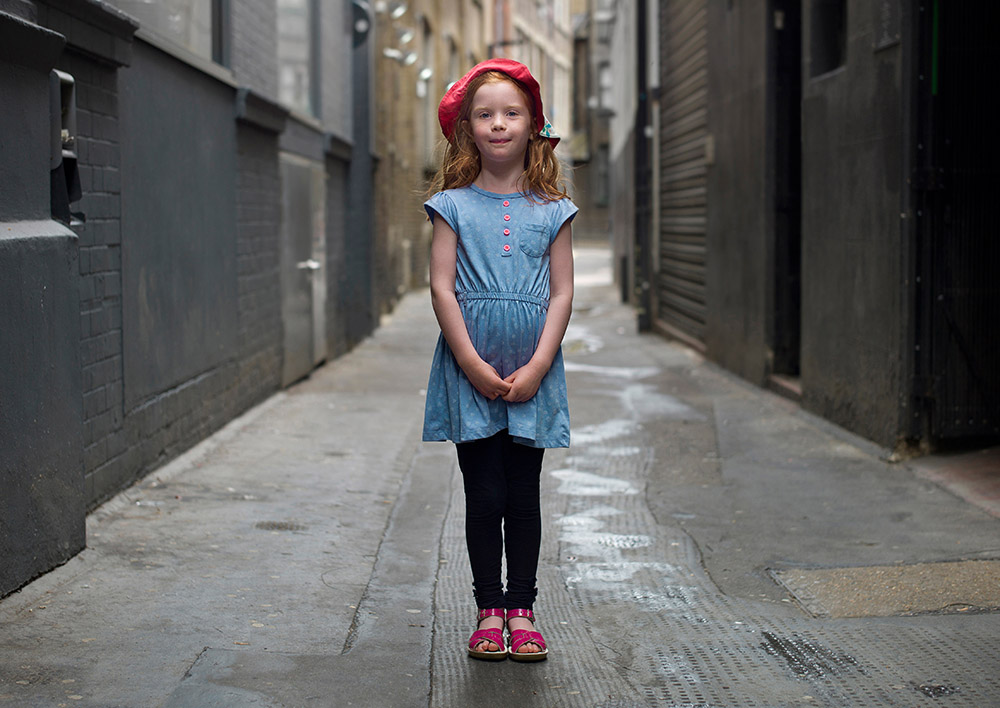 Could you talk about how you began to embrace street portraiture, coming from your background in band photography?
As I mentioned earlier, punk had a huge impact on me, not only from a musical point of view but also visually. I really embraced the whole DIY ethos of punk, which was the main factor that led me into creative photography. Even while I was playing in bands, I always carried my camera around with me and was always taking photos, not just of the bands on stage but also of the fans and what they were wearing. I suppose even back then I was always fascinated by photographing people.

When I became re-acquainted with photography around seven years ago it became a natural thing to photograph the people around me (i.e. Londoners) and that is what I suppose led me into street portraiture. As with most things I undertake, the hobby (which it was at the time) quickly turned into an obsession and that is when things really started to take off for me. Although I appreciate and am very grateful for the rewards from my work, if it all fell apart tomorrow, I would still be roaming the streets of London with my camera, meeting and taking portraits of people. For me, taking portraits on the street is a love affair not motivated by money or commercial success, but by my pure passion for what I do and I hope that never goes away.

You’ve criss-crossed the capital taking photos for the book, but if you had to pick a favourite area to shoot in, where would it be and why?
It has to be Soho for my sheer passion for the area and all of its wonderful people (and all those incredible sun-drenched winding alleyways). Soho has always had a special place in my heart, which actually started at a really young age from the influence of my mother. She used to tell me wonderful stories of her youth spent working as a waitress there during the 1950s in nearby Charlotte Street and spending late nights in Soho drinking wonderful coffee and hanging out in the bars and clubs. She always built up a very romantic vision of Soho and it was one of the first places I gravitated to when I first arrived in London.

Even today, I start every day with an early morning walk from my North London flat to Bar Bruno in Wardour Street for three cups of strong tea and watch the streets of Soho come alive. I never get bored of the view. I’ve always seen Soho as being the centre of London and I can’t imagine London without Soho. Soho has certainly become more commercialised over the years, and it’s not as seedy as it once was, but it still has a very special atmosphere with some of the world’s most interesting people and that’s what makes it the perfect photographic breading ground for me.

Linkedin
RELATED ARTICLES
OTHER ARTICLES
With the UK now set to run out of vaccines, people working in the sex industry – particularly outside of major cities – have been left especially vulnerable, reports Brit Dawson.
A woman from Texas explains how she was forced to consider the criminal liability she might face for medication abortion over her health.
A young woman recounts her experience of being harassed by anti-choice campaigners as she was seeking an abortion in Glasgow.
A new series of photos by Johny Pitts shines a light on communities and subcultures that have all too often been overlooked.
To mark the premiere of his new documentary on surfing giant Gerry Lopez, the filmmaker and former pro skateboarder sits down to share his unique brand of wisdom.
Protestors gathered outside Downing Street following the latest atrocities committed by Israel against Palestinians living in the besieged strip.