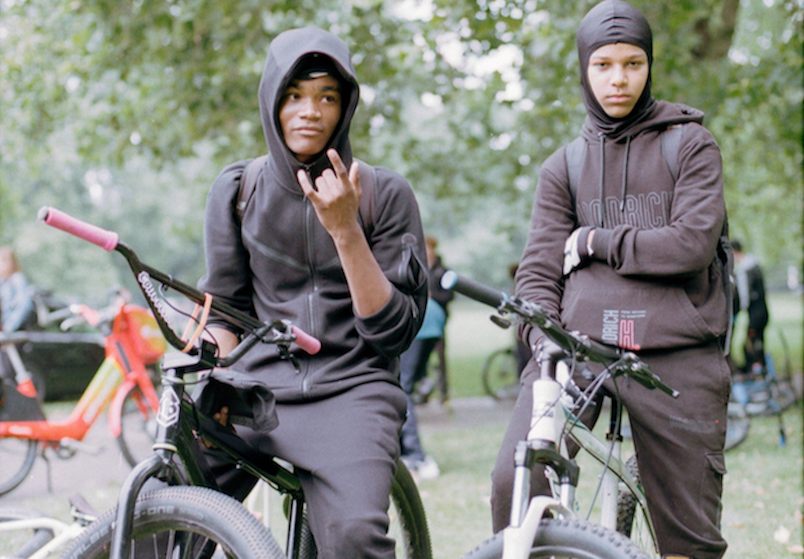 Last month, young riders from all across the UK came together to show off their bikes and skills as part of a powerful protest movement.

Last month, young riders from all across the UK came together to show off their bikes and skills as part of a powerful protest movement. Photographer Benjamin Brooks was on hand to capture the action.

After a slight delay due to Covid-19 restrictions and the looming threat of a rainstorm, this year’s BikeStormz went ahead on the 24th of July with around 2,500 people taking part. The ride out started and ended at South London’s Southwark Park with a 15-mile ride around London.

Since its beginning back in 2015, BikeStormz has flourished into a powerful protest movement against knife crime. Orchestrated by co-founders Mac Ferrari Guy and Jake O’Neill – both avid riders themselves – BikeStormz supports talented riders while facilitating sponsorship, offering workshops and organising annual ride outs through central London. 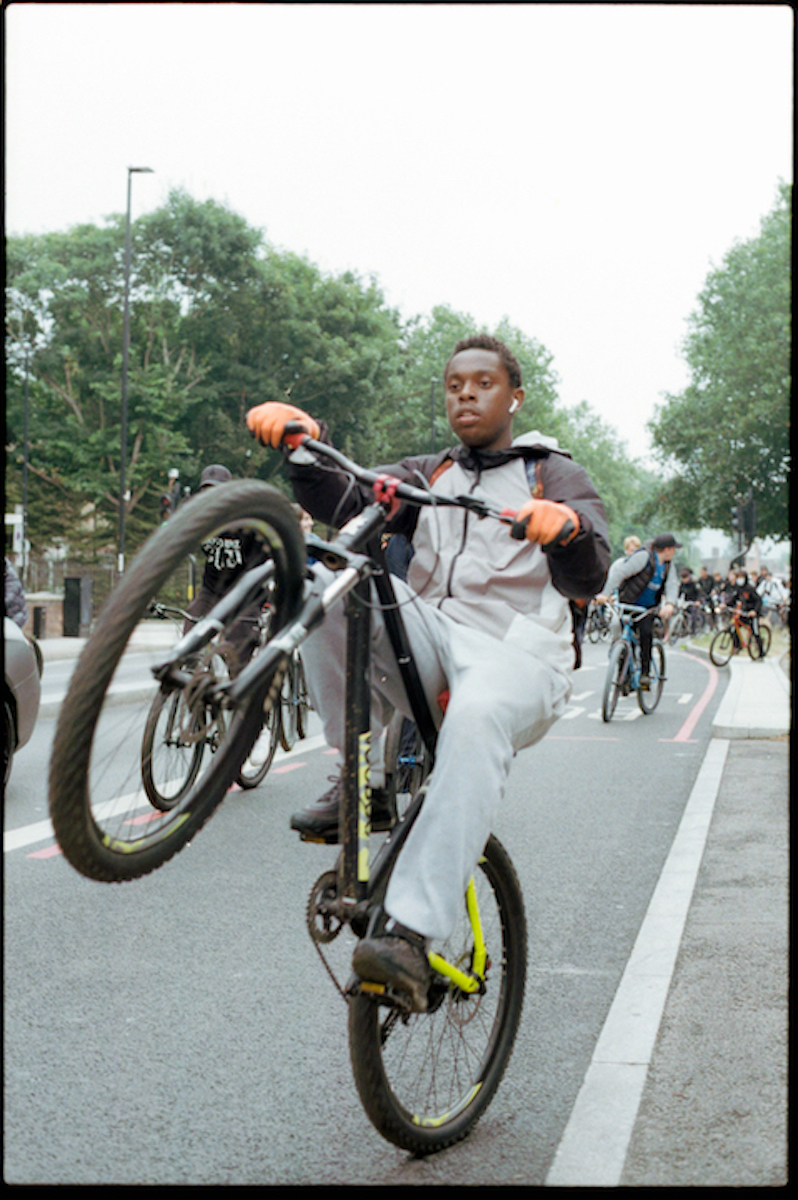 Young riders came from all across the UK: groups of friends, families and strangers, from diverse backgrounds, gathered together to show off their bikes and skills. The love, respect and admiration towards the BikeStormz founders, and the ‘big name’ riders alike, was palpable.

Co-founder Mac’s natural affinity with the young riders was obvious, the power of his presence was felt both in his casual conversations and in his speeches. Mac spoke about the significance of everyone coming together over a shared passion in something seemingly as simple as bikes. Bikes were the ice breaker, bonding everyone together. Mac asked the audience to put their hand up if they had ever been chased by someone with a knife – a flood of hands were raised.

The power of sharing a common purpose, and of taking a stand against knife crime, was emphasised by all of the older brothers and fathers accompanying the younger riders, forming a beautiful show of intergenerational solidarity. It’s clear that the founders and all of those associated with BikeStormz have struck that beautiful balance between pushing a simple love for riding while elevating the physical, mental and social benefits sport has to offer young people. 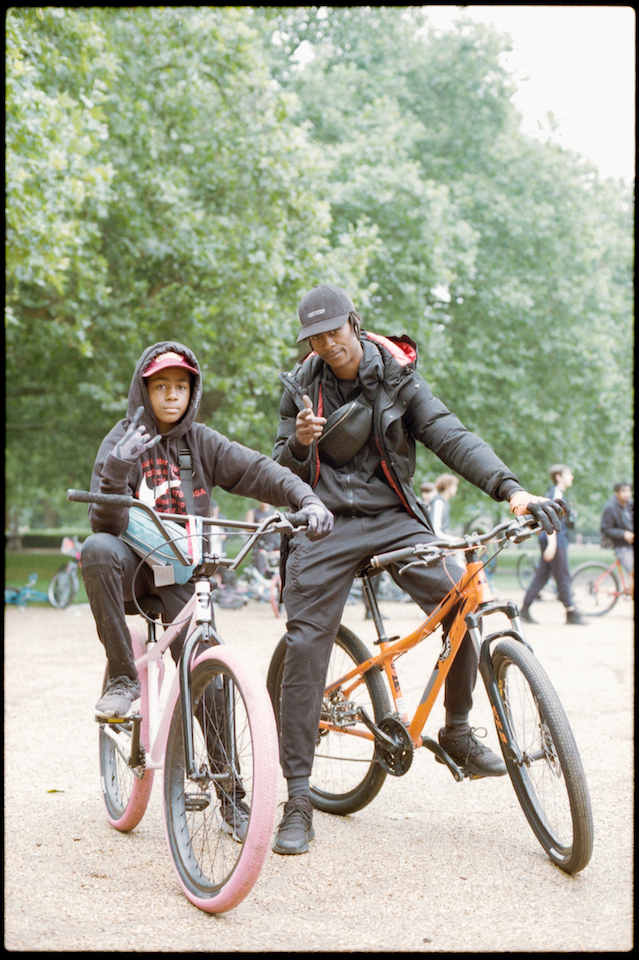 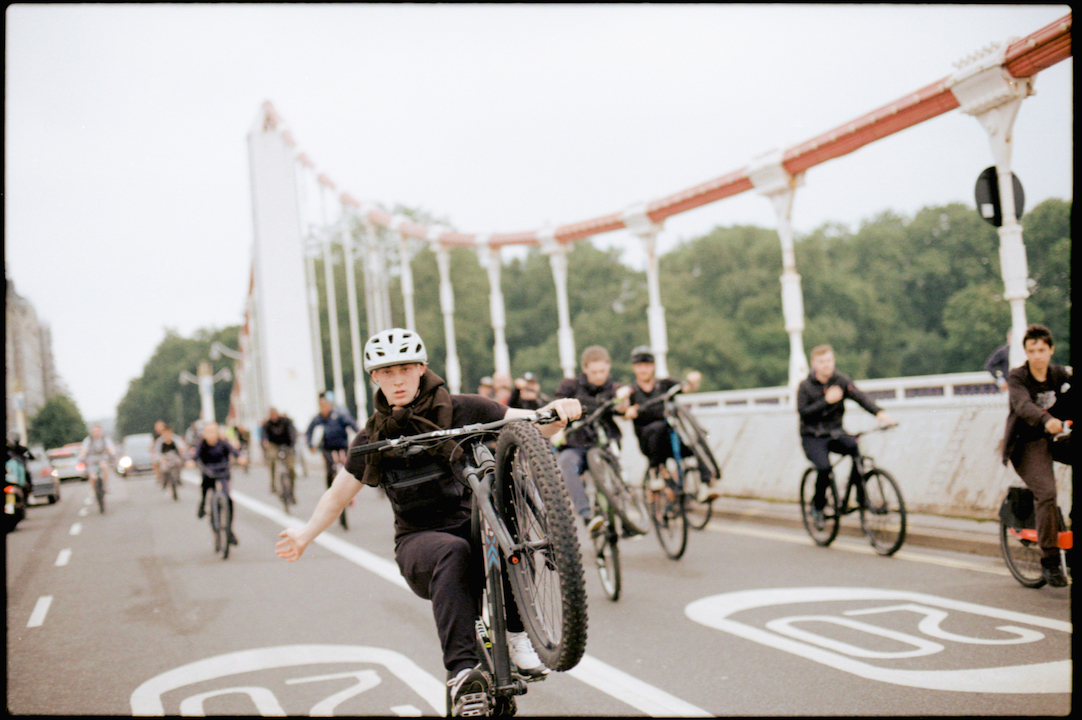 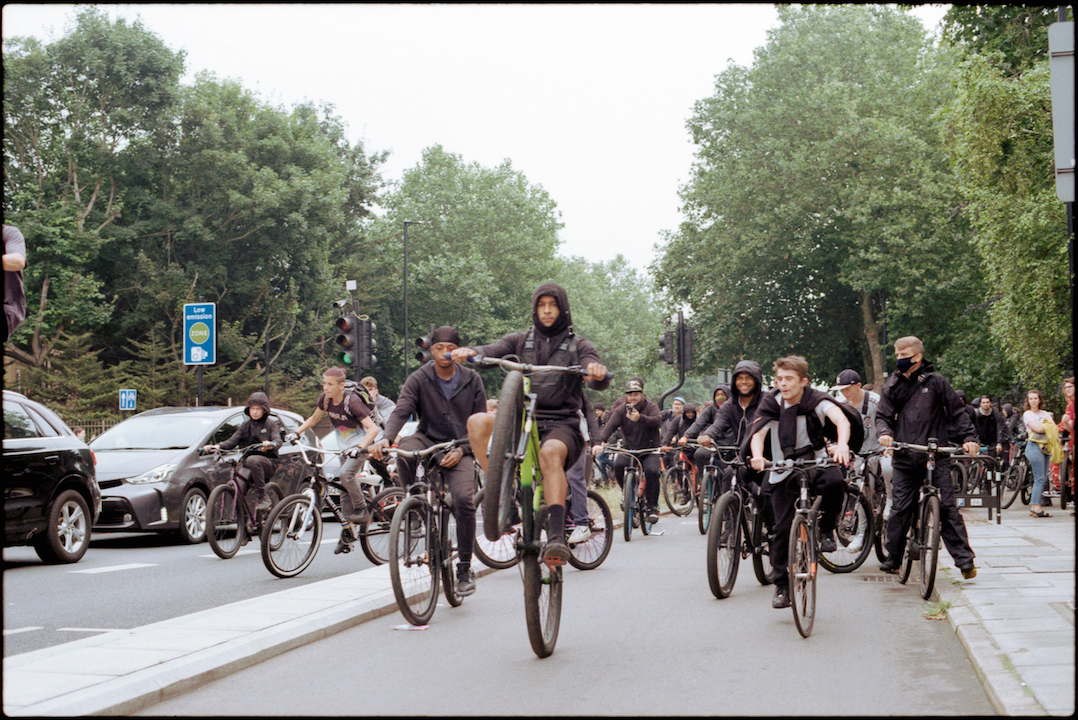 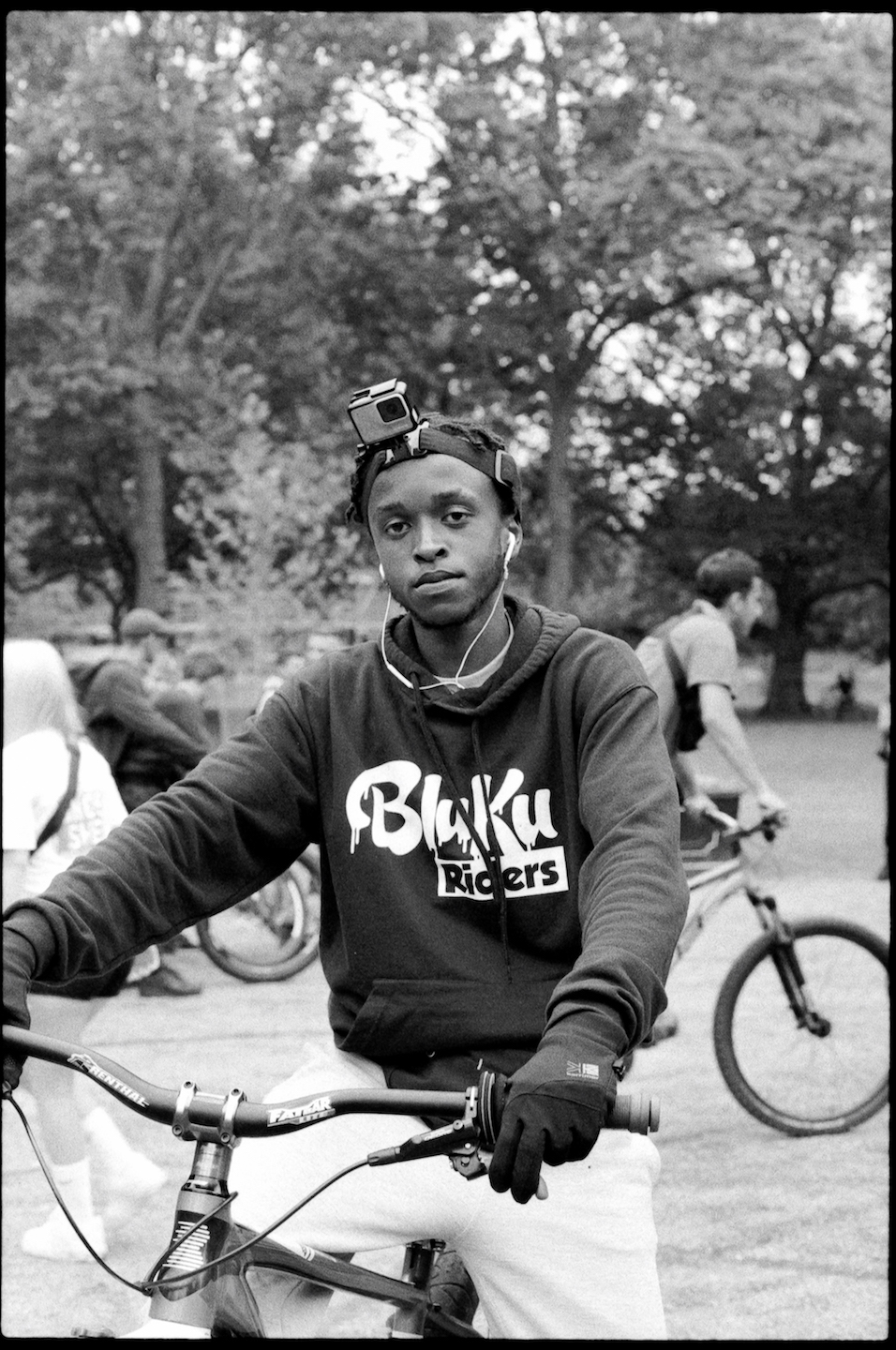 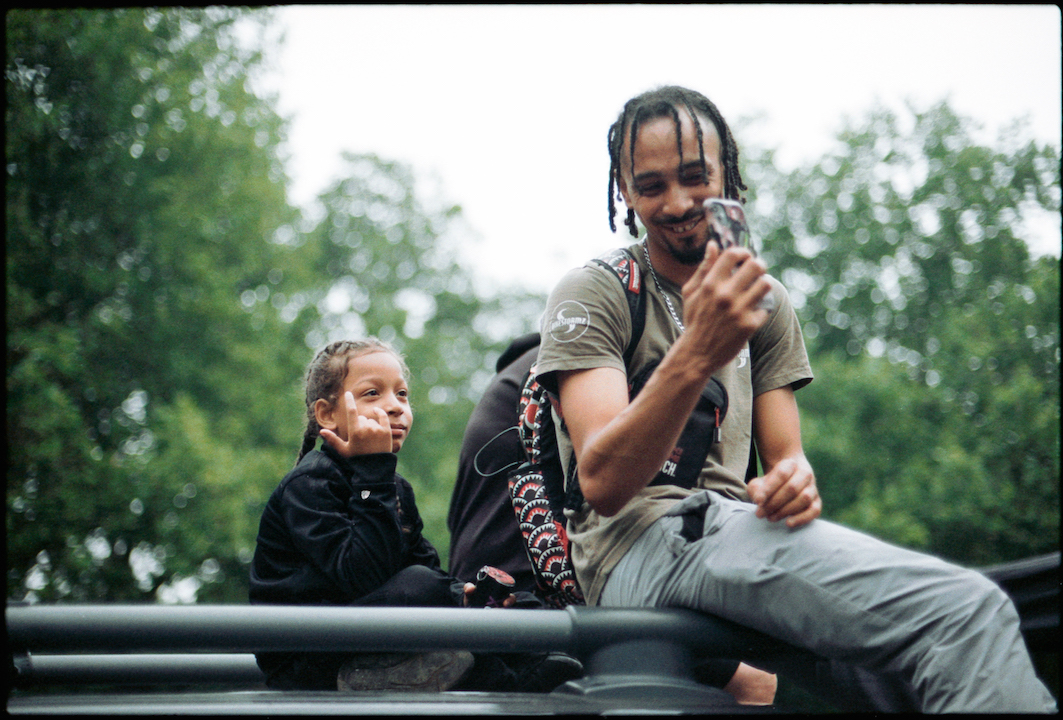 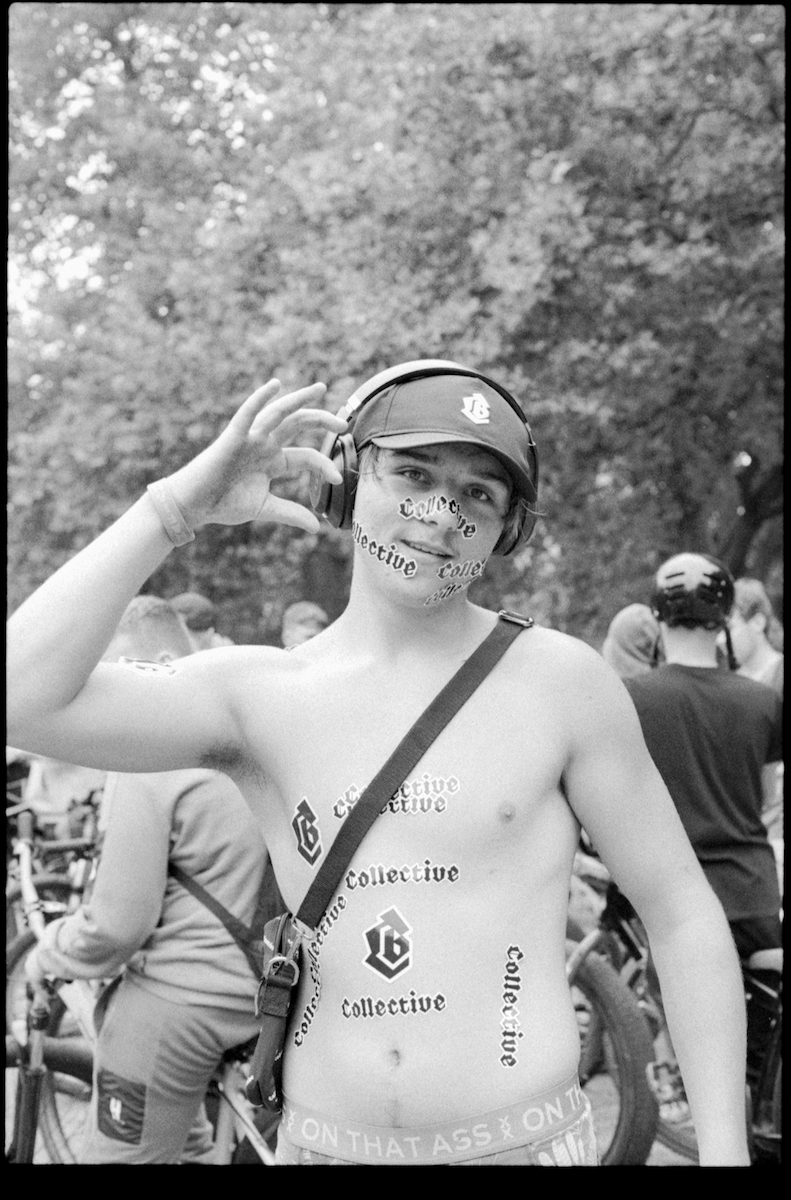 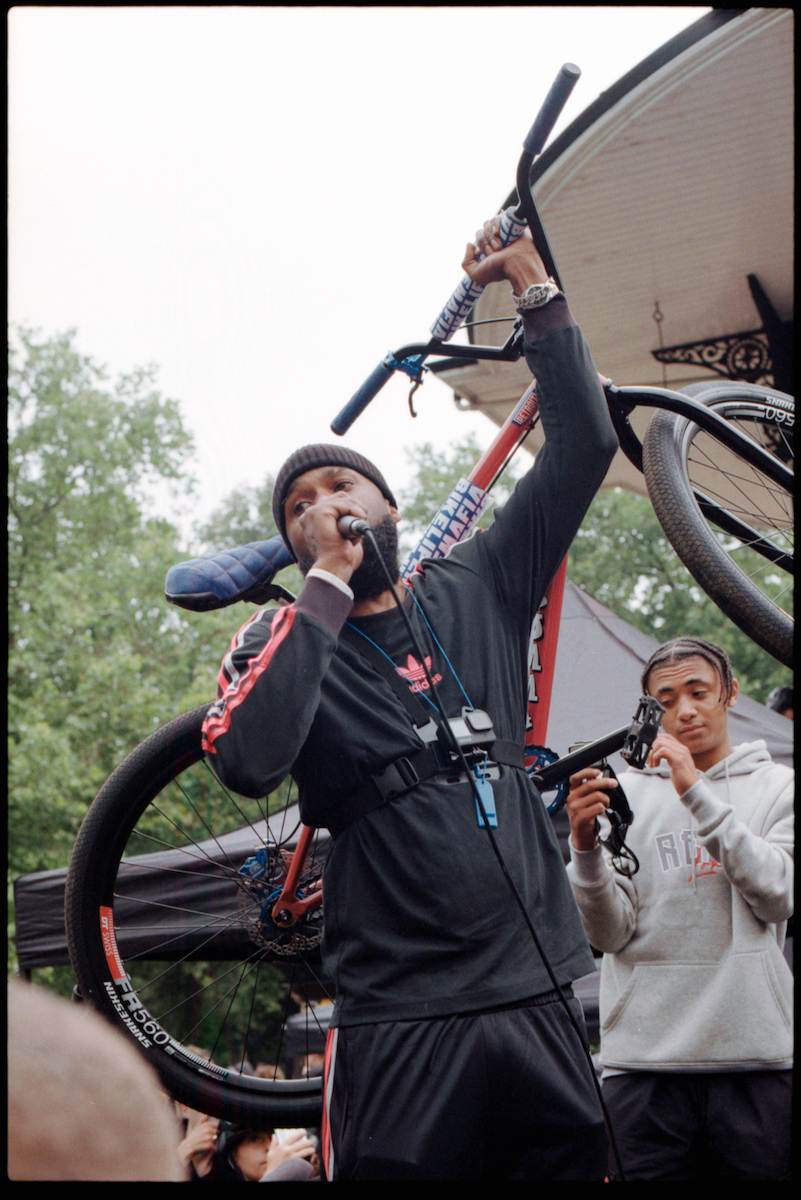 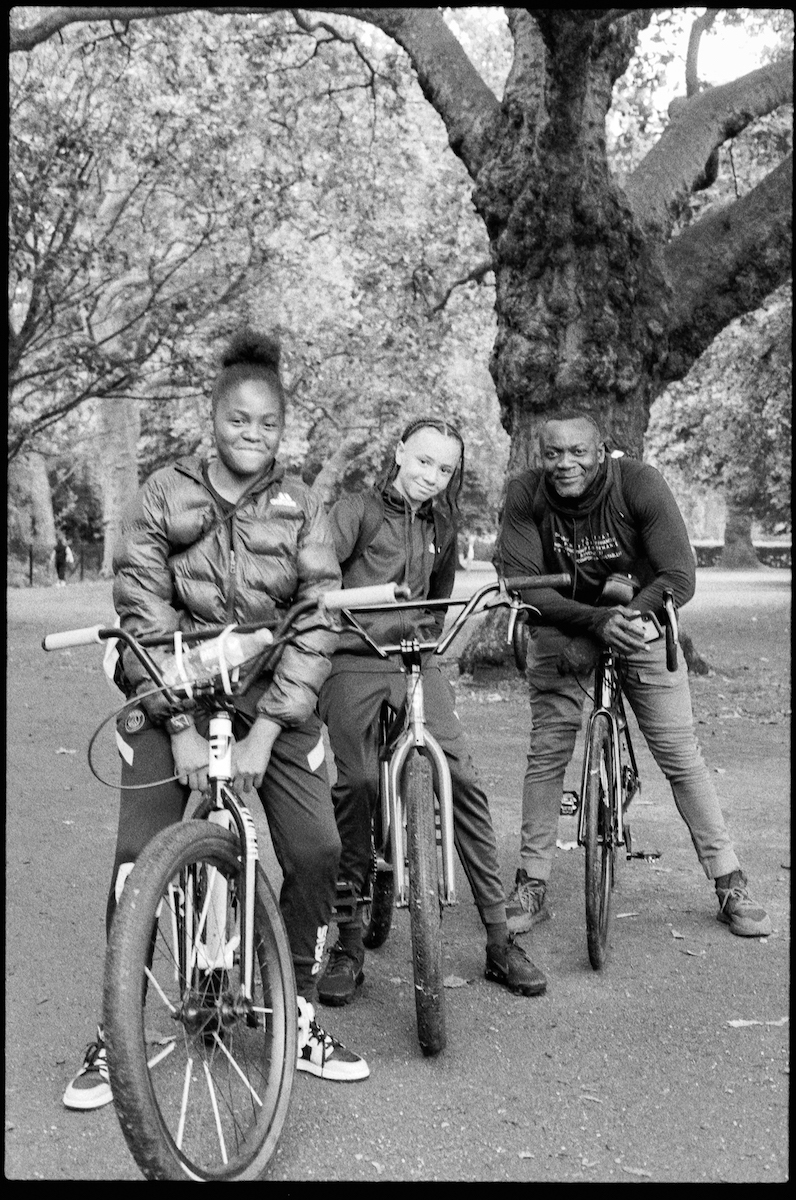 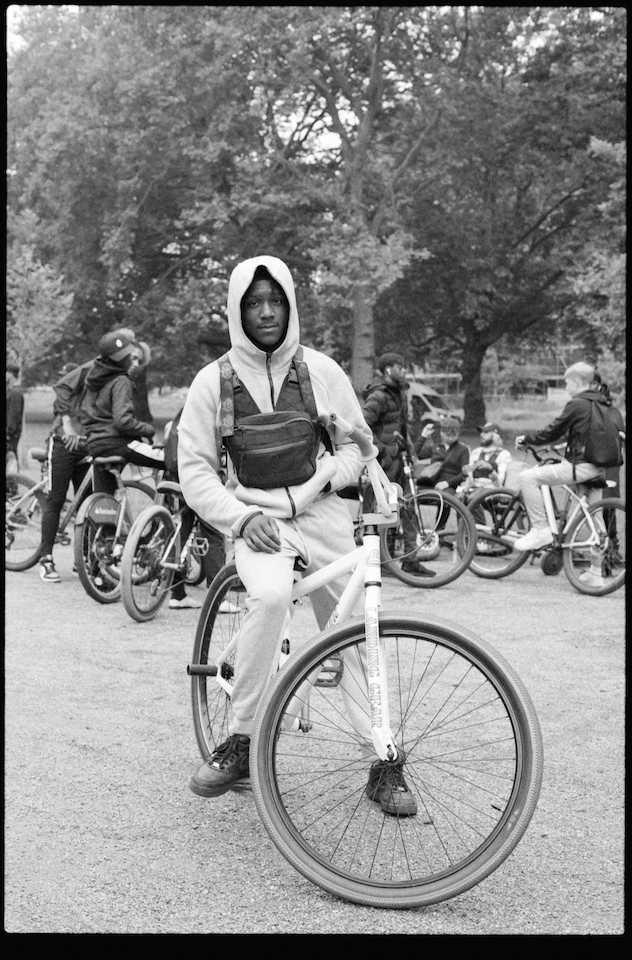 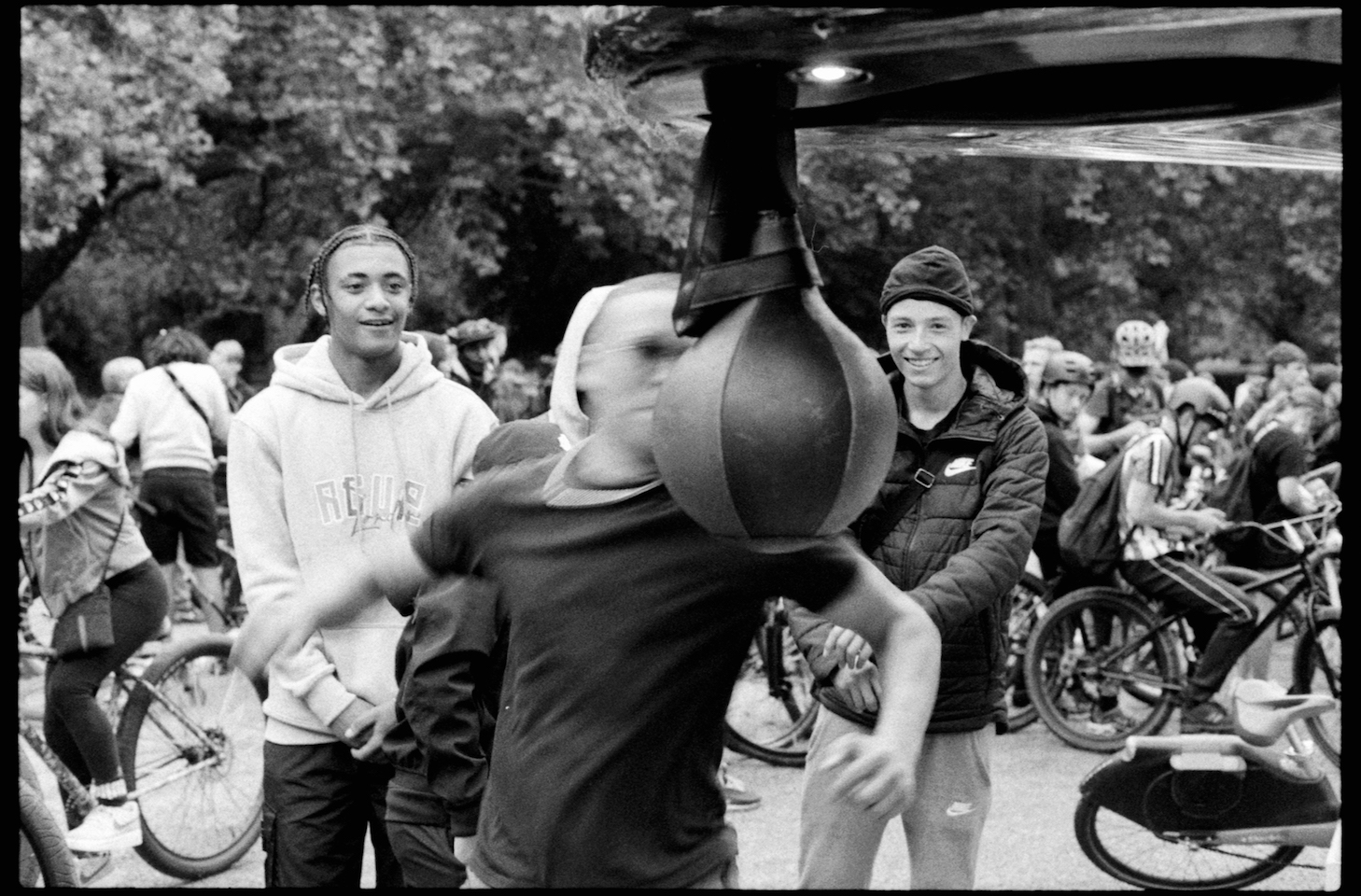 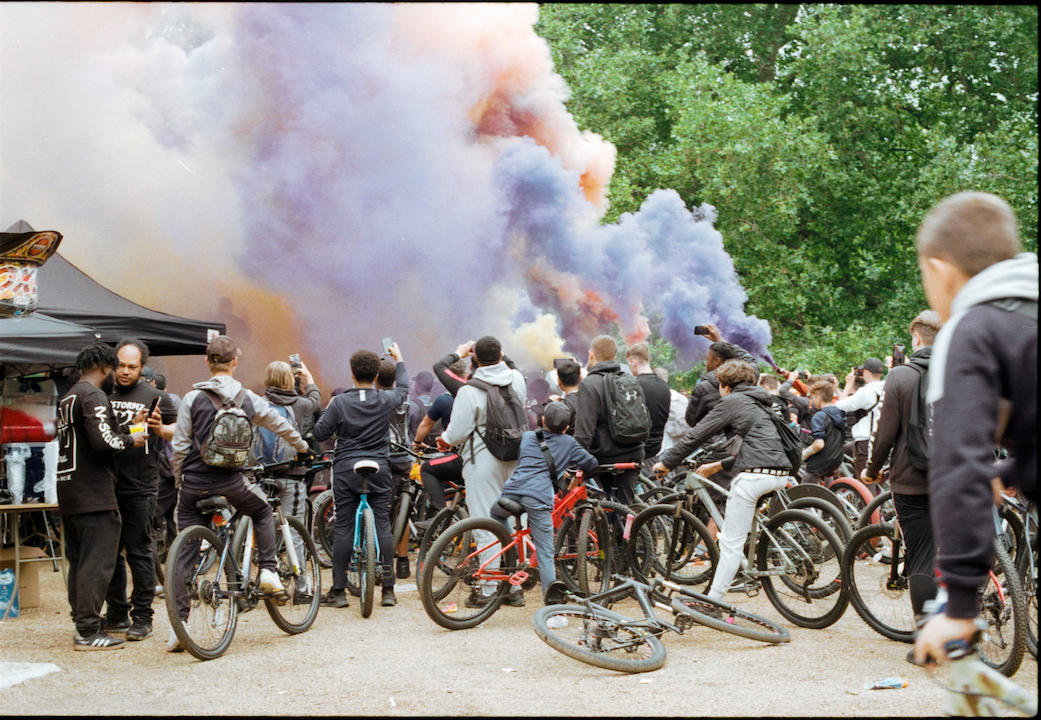 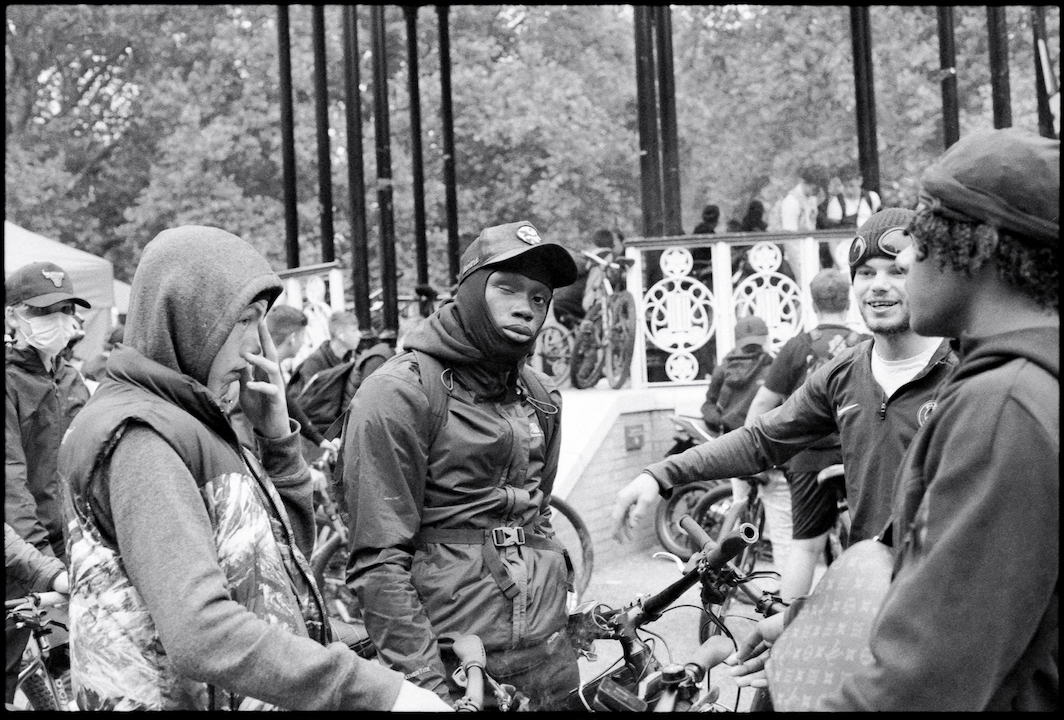 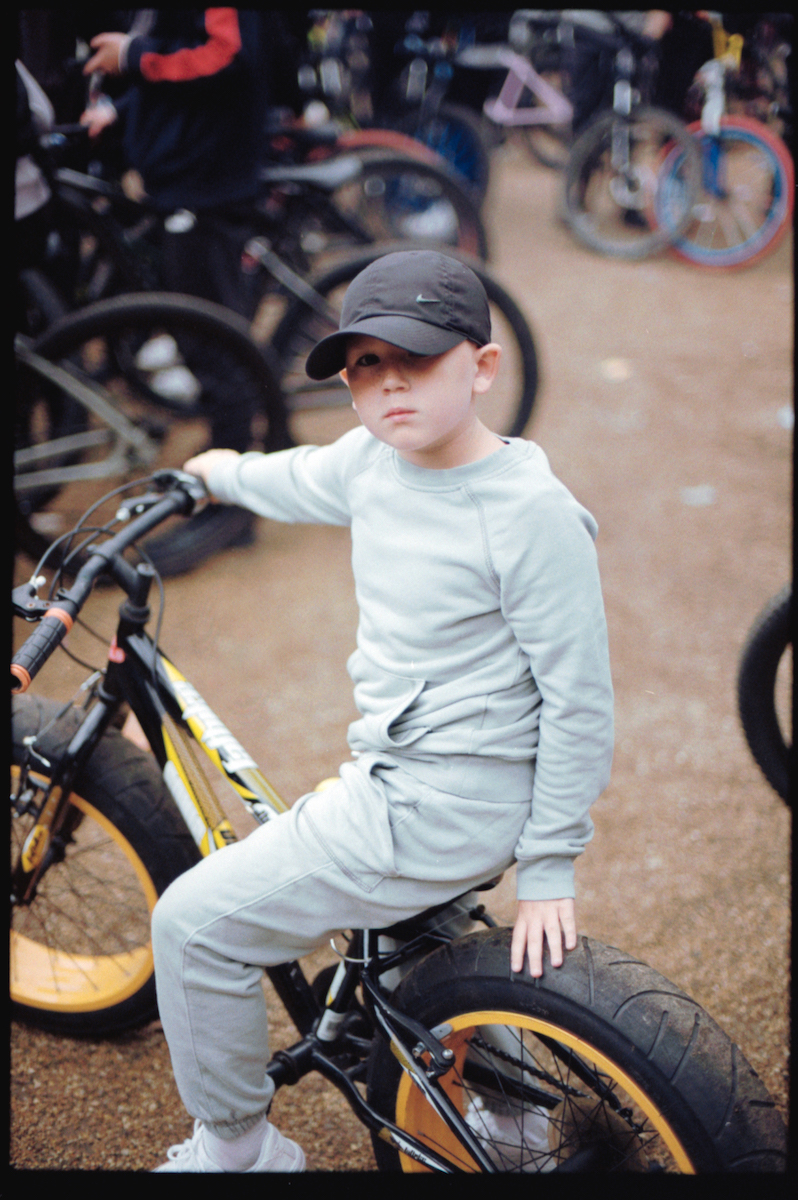 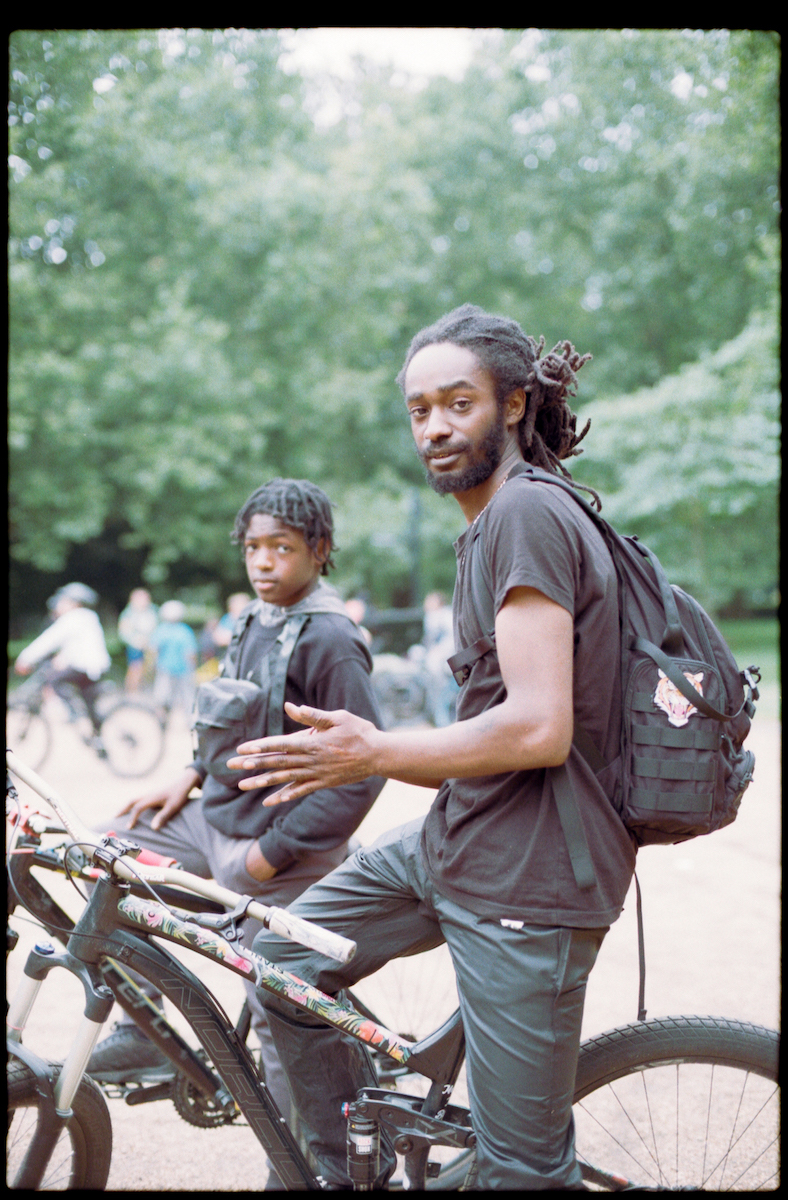 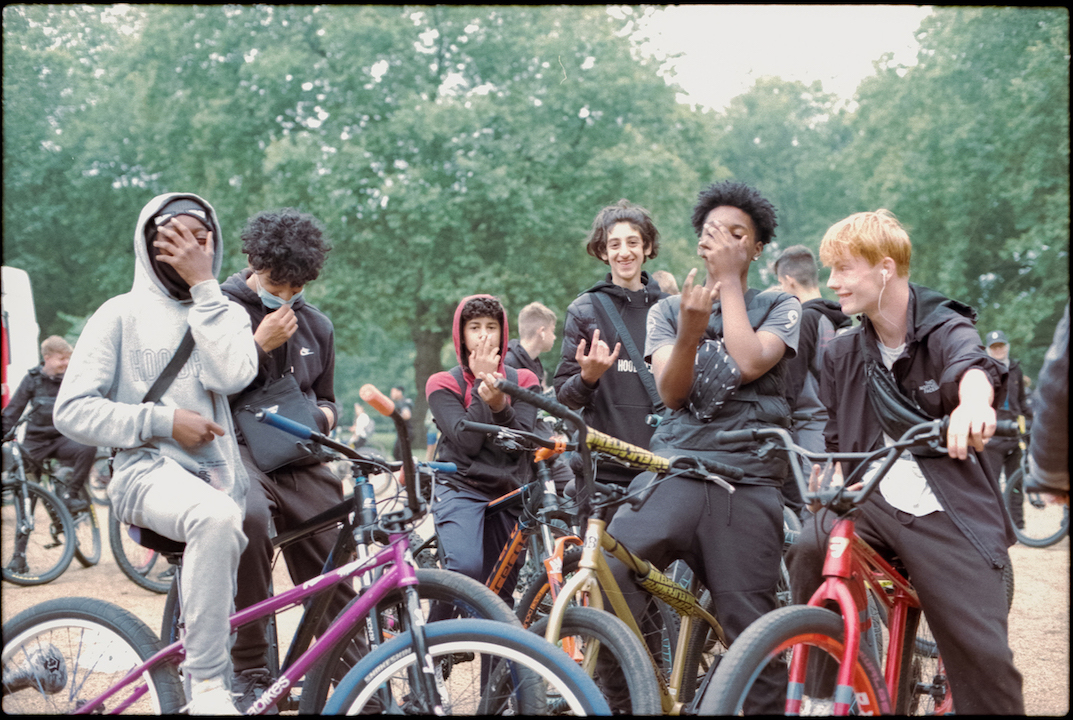 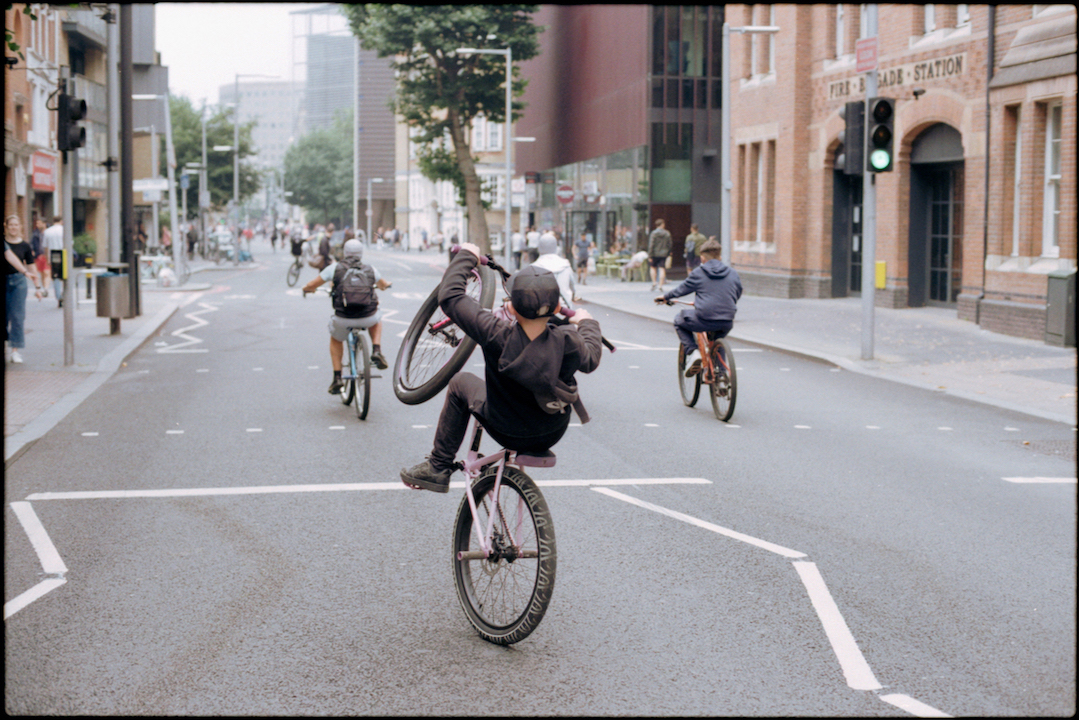 Linkedin
RELATED ARTICLES
OTHER ARTICLES
In 1984, Martin Shakeshaft set out to document the miner’s strike as it really happened, using his photography as a tool for activism.
Ahead of the policing bill reaching its final stages in the Lords, protestors came together to rally against the legislation.
Hundreds gathered together to protest the policing bill by making as much of a racket as possible.
With abuse of call-centre staff on the rise, many are now speaking out about the hostility they’ve faced.
In the UK, Hongkongers are continuing to stand in solidarity with the pro-democracy movement.
The internet furore surrounding a certain NY-based furniture designer should make us question whether condemning people in the harshest possible terms harms more than it helps.