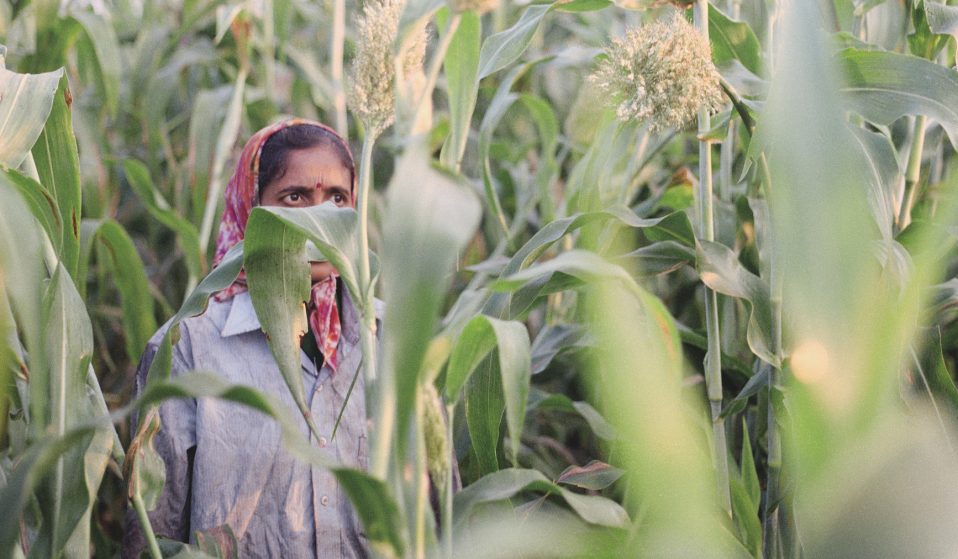 Every year, nearly 6 trillion cigarettes are smoked around the world by over 1 billion people. Roughly 20% of the world’s population is classified as smokers feeding a tobacco industry worth $888 billion, a figure greater than the GDP of the Netherlands.

This gargantuan industry made up of farmers, manufacturers, lobbying and marketing firms, is the subject of Bitter Leaves, a new project from Italian photographer Rocco Rorandelli exploring the scale of tobacco’s grip on our society and environment.

Over the course of a decade, Rorandelli travelled the world documenting the impact of the tobacco industry on public health, the economy, and the environment. From the tobacco fields of India to walking the conference halls of Germany, Bitter Leaves lays out how the tobacco industry has infiltrated public life and presents the startling photography alongside the even more unnerving testimony of scientist Dr Judith MacKay.

For Rocco, the project was as much a personal endeavour as a professional one. Losing his father to cancer caused by a lifetime of chain-smoking pushed Rocco to explore the impact the industry has on people up and down the supply chain.

“What I found interesting is that when you talk about smoking we usually focus on the health dangers it has on smokers but we don’t look at the other issues,” he explains. “The strength of the industry is the simplicity of cigarettes. They’re designed very sleek and clean and totally far from the reality that you can breathe and see in the fields, but also in other areas like manufacturing or marketing.” 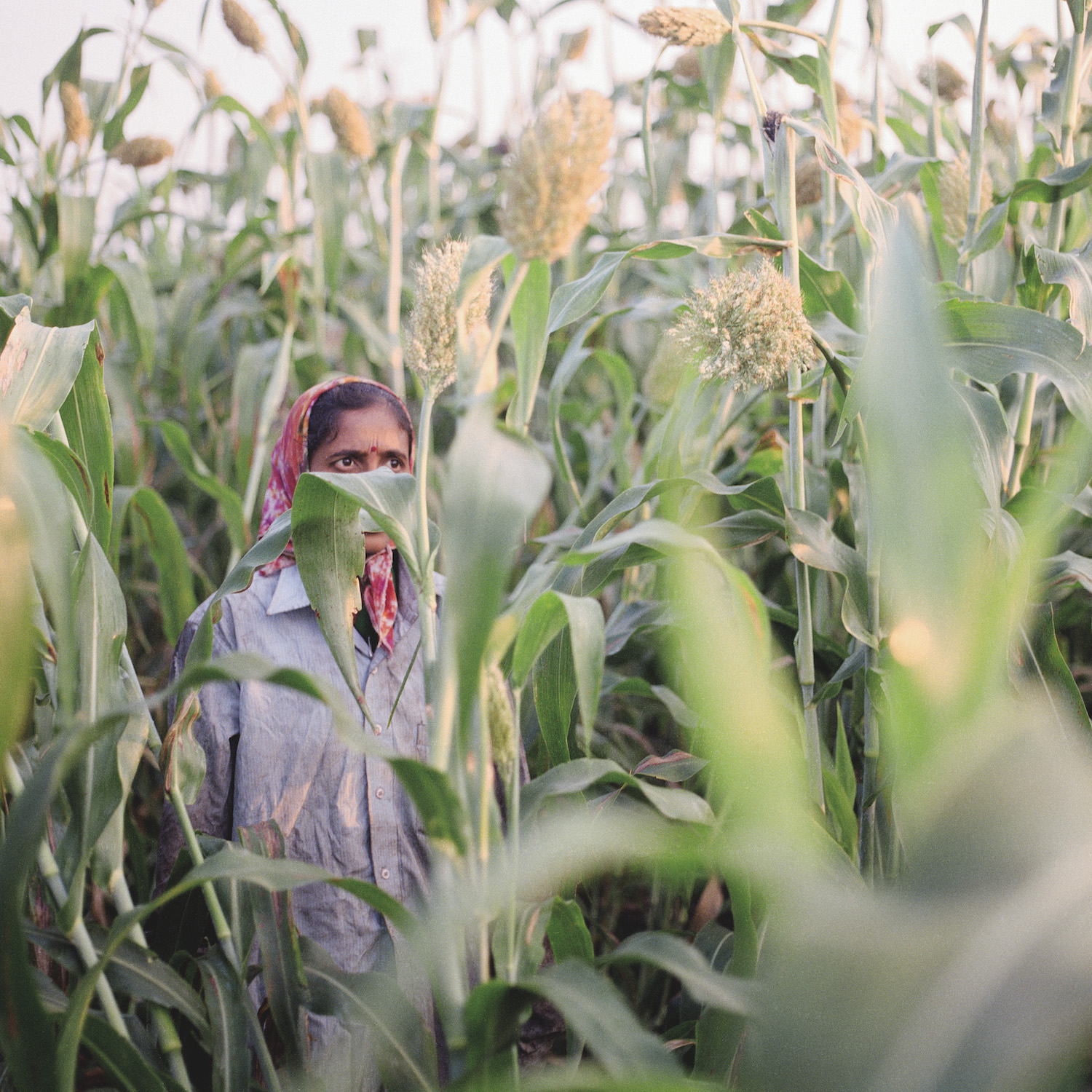 Rocco’s work took him around the world, to traditional tobacco-growing regions like the Southern United States, as well as closer to home in Italy and Bulgaria. It was his time in Asia though which demonstrates the reach of tobacco’s major players.

“Asia is the big player today for tobacco,” he says, “you can see how powerful and ingrained in society they are. They build roads and restore temples, but at the same time once you travel out into the countryside where the crop is actually grown you will see that the wealth is not spread evenly.”

“Landowners will praise the industry but their workers and undocumented labourers will tell you how hard it is, how they wish there was an alternative.”

Having worked in photojournalism for a number of years now, Rocco is hardened to the realities he documents but even he was struck by how “extremely unfair” the system is. “It’s frustrating to know that when you’re out there with people your work is probably not going to help them. Especially when you see kids working in the fields, it’s even worse.”

Still, he hopes that his work will help open our eyes to the reality behind every cigarette we smoke, “to not  just trust the appearances and to be a little more critical about what we are given.” 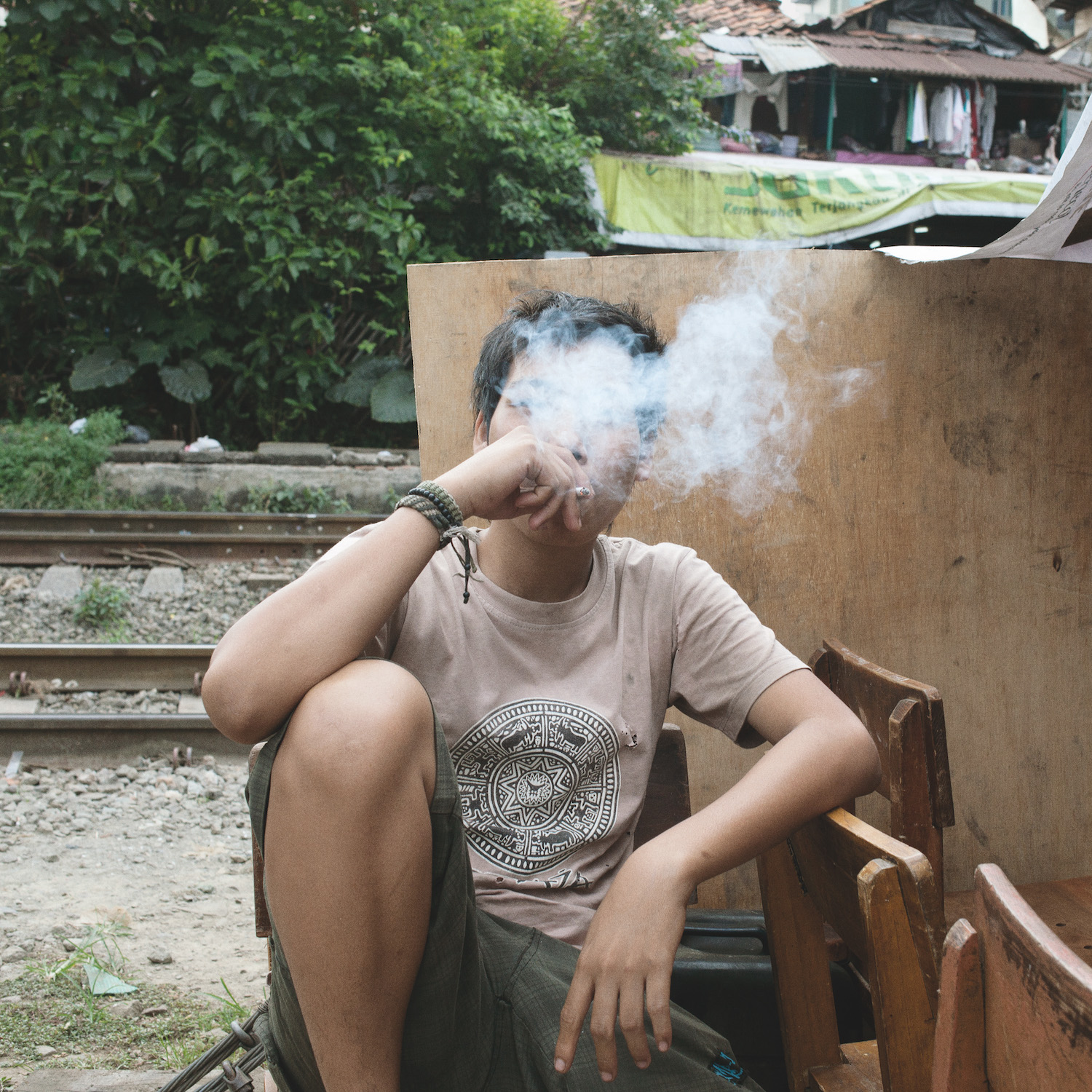 Jakarta, Indonesia. An underage smoker. More than 30% of Indonesian children start smoking before the age of ten, often propelled by lax tobacco control policies, aggressive marketing strategies and low cigarette costs. Over 165 million people smoke in Indonesia, accounting for more than one-third of the population. Indonesia has the highest rate of underage smokers in the world. 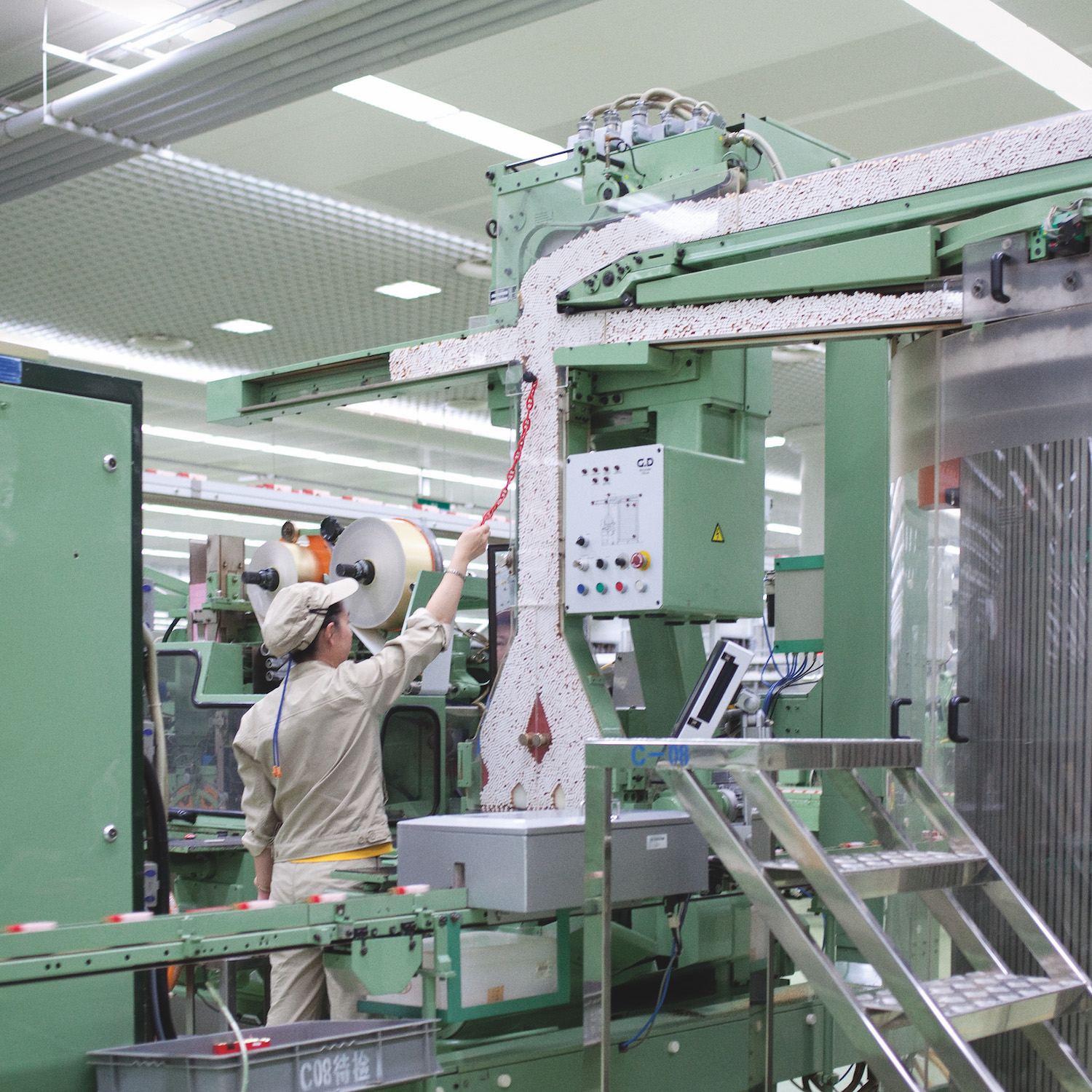 Yuxi, China. The Hongta cigarette factory production line. The company claims that this is the world’s most advanced cigarette production line, with fully automated robots. In the Yuxi factory, more than 135 billion sticks are produced per year, covering 12% of China’s total production. China is the largest producer of cigarettes in the world. 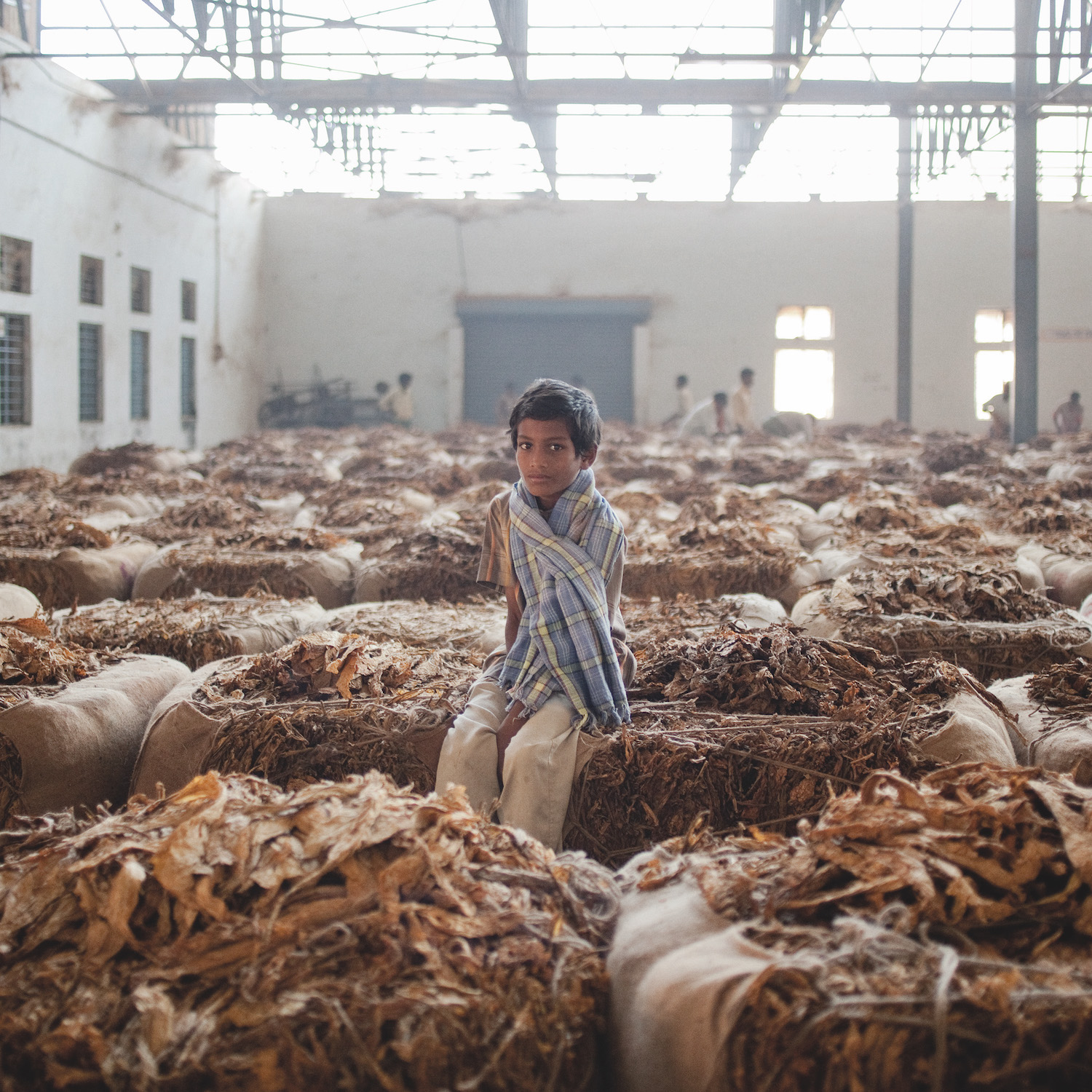 Periyapatna, India. A farmer’s child sitting on a tobacco bale on the floor of a tobacco auction house. According to the UN’s International Labour Organization (ILO), about 1.3 million children work in tobacco fields, with the number increasing in certain countries like India and Zimbabwe. A recent study estimates more than 1.7 million children work in India’s bidi rolling industry. The UN’s Sustainable Developmental Goals (SDGs) aims to reduce the number of children engaged in tobacco farming by providing alternative livelihoods.

Bitter Leaves is available from GOST Books for £30.

Linkedin
RELATED ARTICLES
OTHER ARTICLES
Riding from street to street on his trusty bike, Scottish photographer Sandy Carson documents his adopted home at a unique point in its history.
During the pandemic, Made In Hackney launched a meal service that has since proved vital for many, made up of vegan dishes that reflect the borough‘s cultural diversity.
The street-skating pioneer talks life, legacy and why, after all these years, he still views his monumental career as a case of ’right time, right place’.
As the pandemic forces droves more people into hardship, landlords and letting agents are capitalising on our worsening housing emergency.
The rapper talks injecting humour and fun into his sound and challenging drill stereotypes.
Welcome to the Death Well: a gravity-defying display of fearlessness that reimagines what’s possible on a two-wheeled machine.