Art & Culture / The unapologetic style of a body bending photographer

After struggling with her identity, Arielle Bobb-Willis developed a colourful technique with a simple message behind it: "I'm comfortable with being uncomfortable."

Arielle Bobb-Willis can trace her style of photography back to one seismic shift: moving from New York to the small town of Aiken, South Carolina at the age of 13.

“It was a really difficult transition for me and I fell into a deep depression,” the 23-year-old says now.

Although she felt she didn’t have the resources to cope at the time, Arielle “randomly” ended up in a digital imaging class at school, where she learned about the basics of photography. Something about the medium felt therapeutic and she quickly fell in love with it. 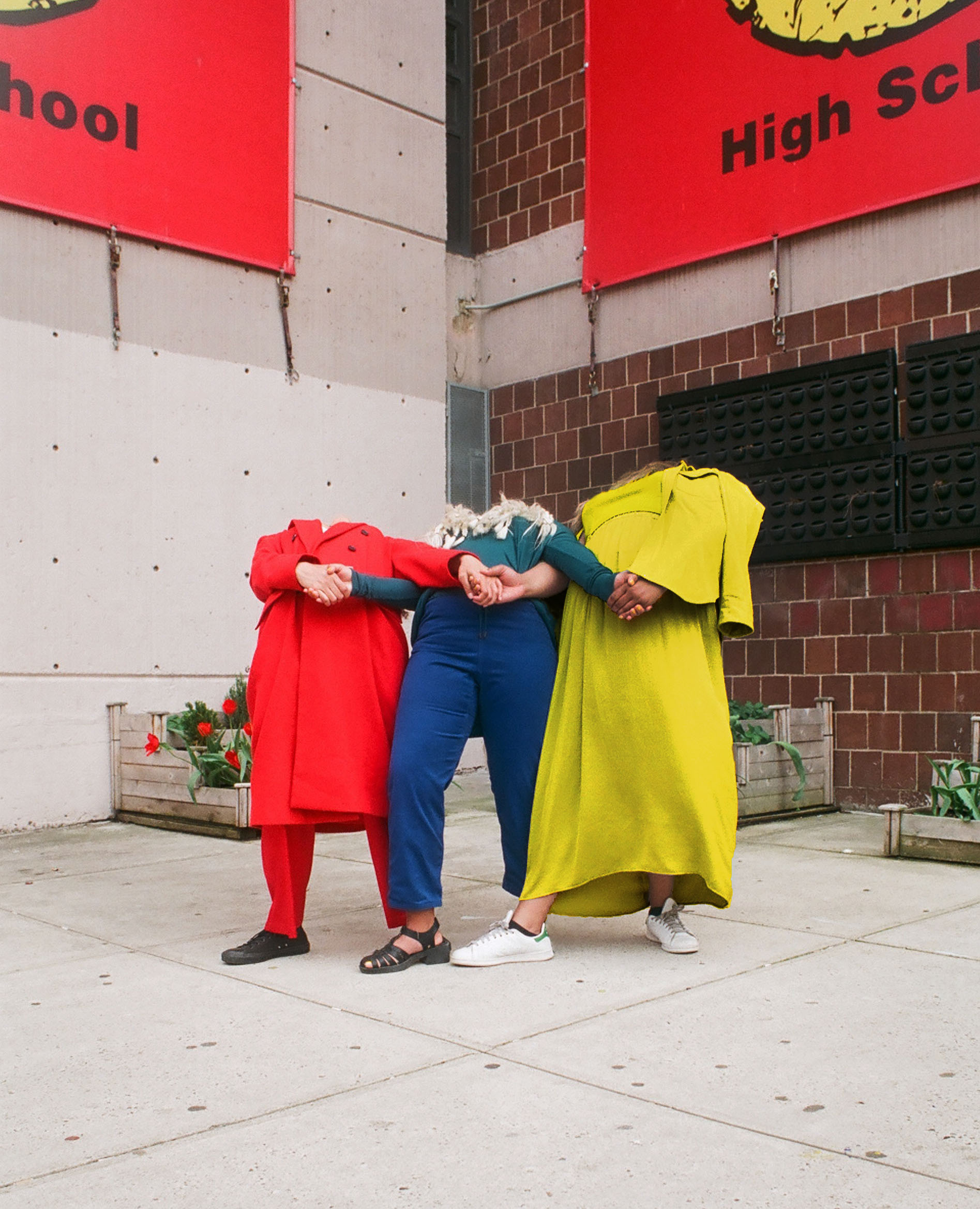 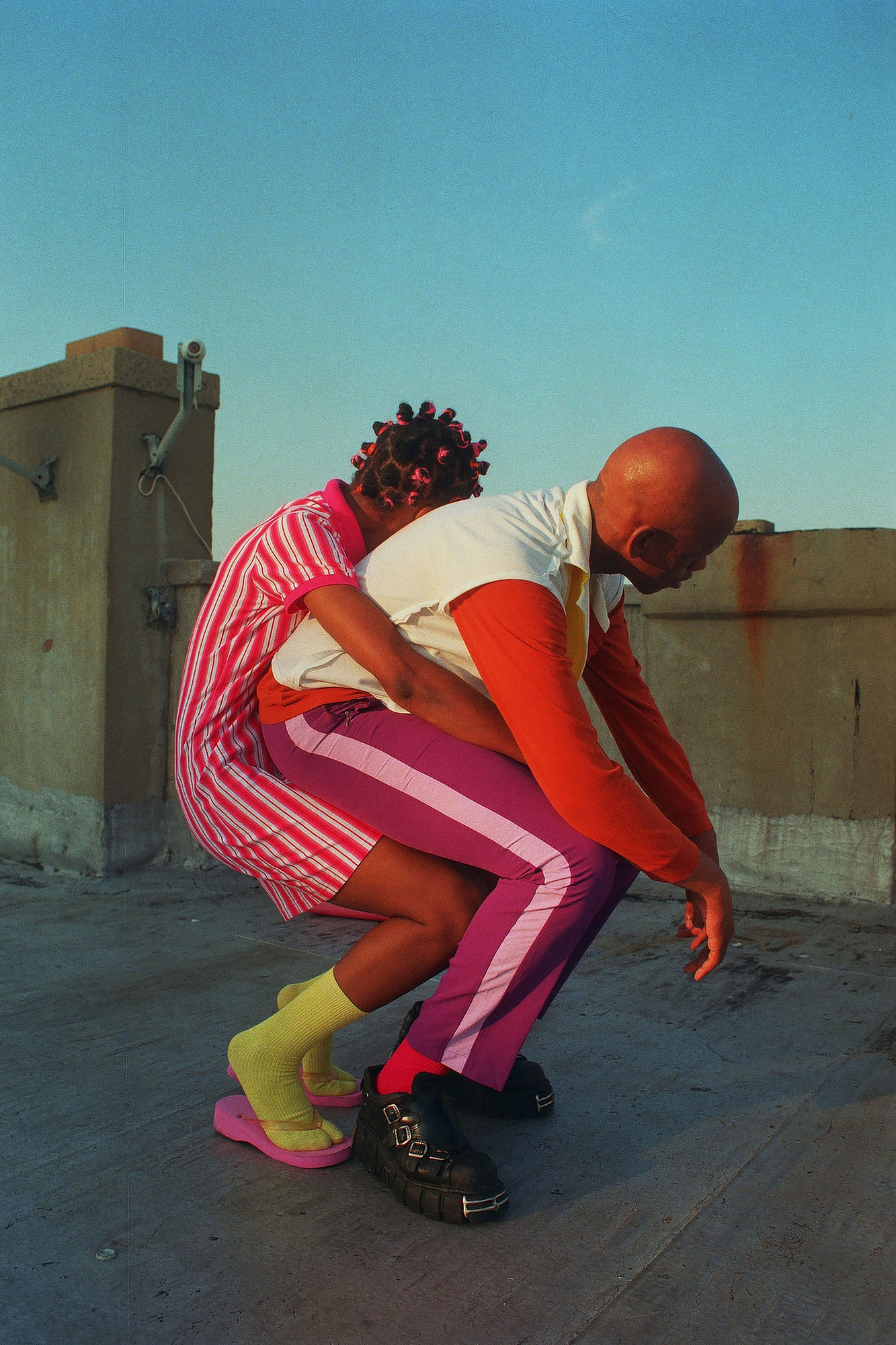 “Through depression and anxiety, you’re constantly thinking about the past or future, but photography gave me the chance to be super present and just focus on what was in front of me,” she says.

“It allowed me to control how I saw my surroundings which, at the time, seemed pretty grey. I’ve always enjoyed that photography has given me the ability to create a world I want to live in.”

But before Arielle developed her own distinct style – bursts of colour and malleable physicality, shot on analogue film – she spent some time getting to know herself better after another move, this time to New Orleans. 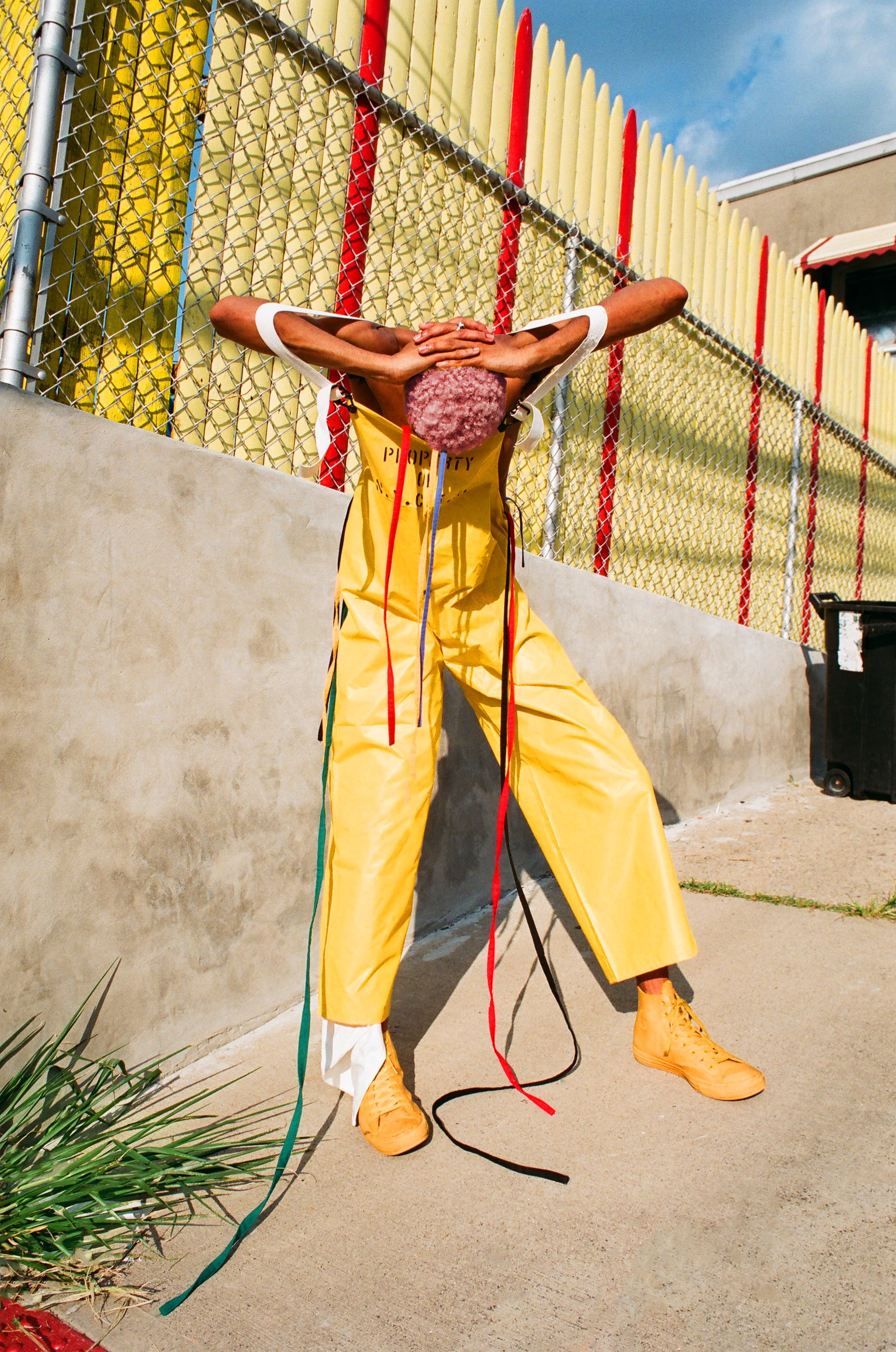 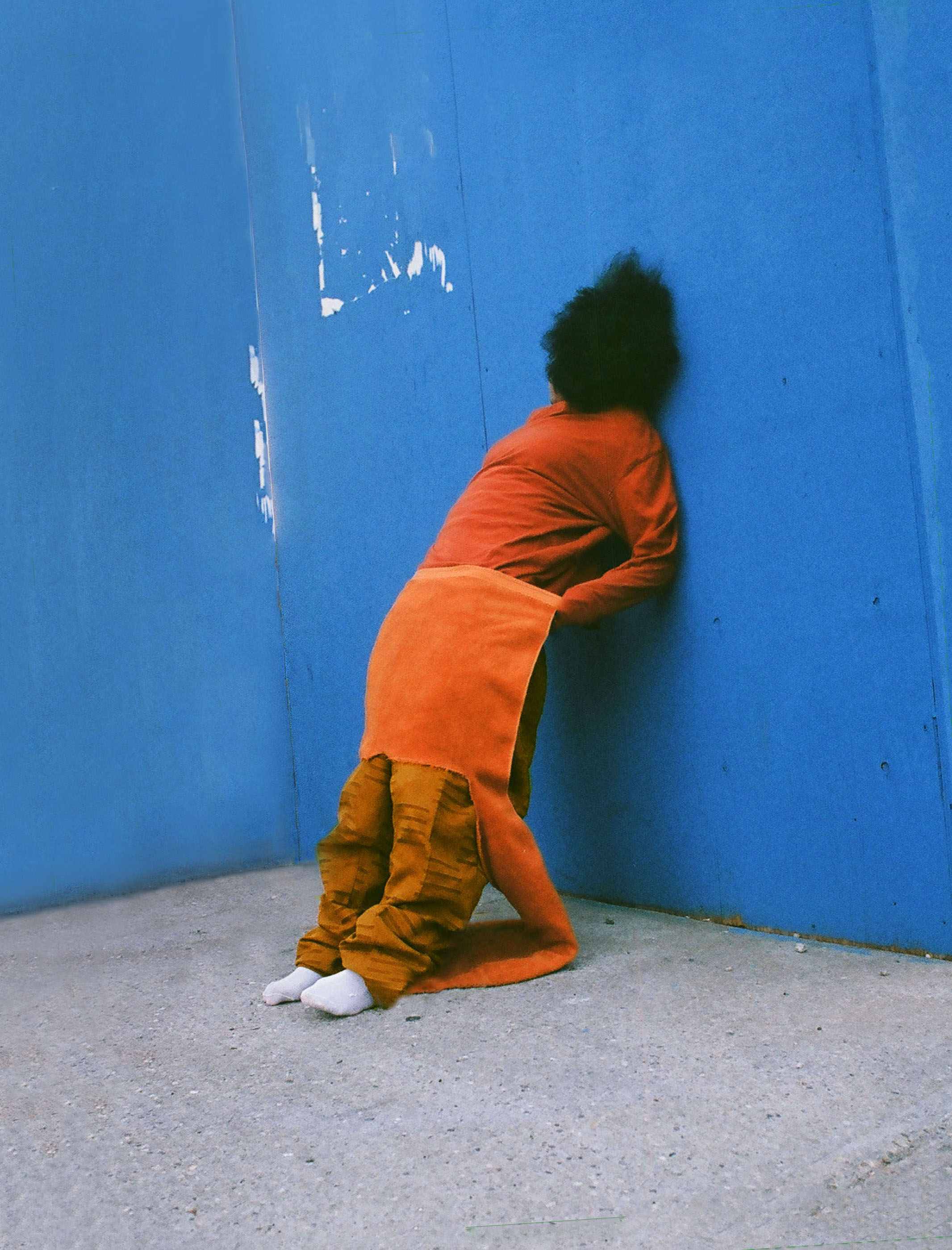 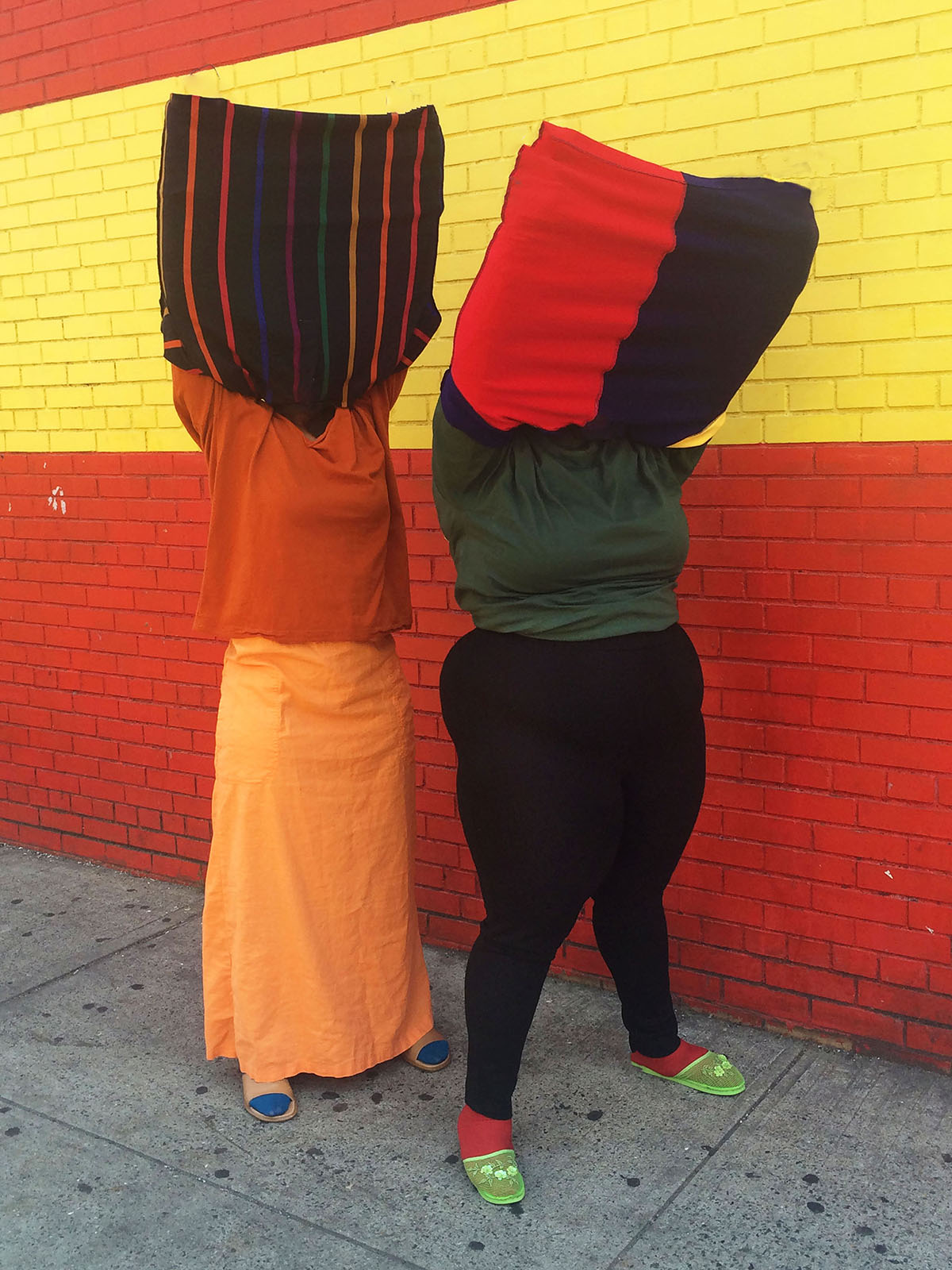 “I think for a while before that I was uninspired and not taking the time to really focus on what makes me who I am,” she says.

A period of self-reflection followed, inspiring Arielle to immersing herself in all the things that made her who she is – like the way her parents would take her to galleries and art installations all over New York City as a kid.

“Then I got hit by a car on my bike, so I was bedridden for a while – which was horrible – but it let me just find the time to be quiet with myself and keep reflecting.” 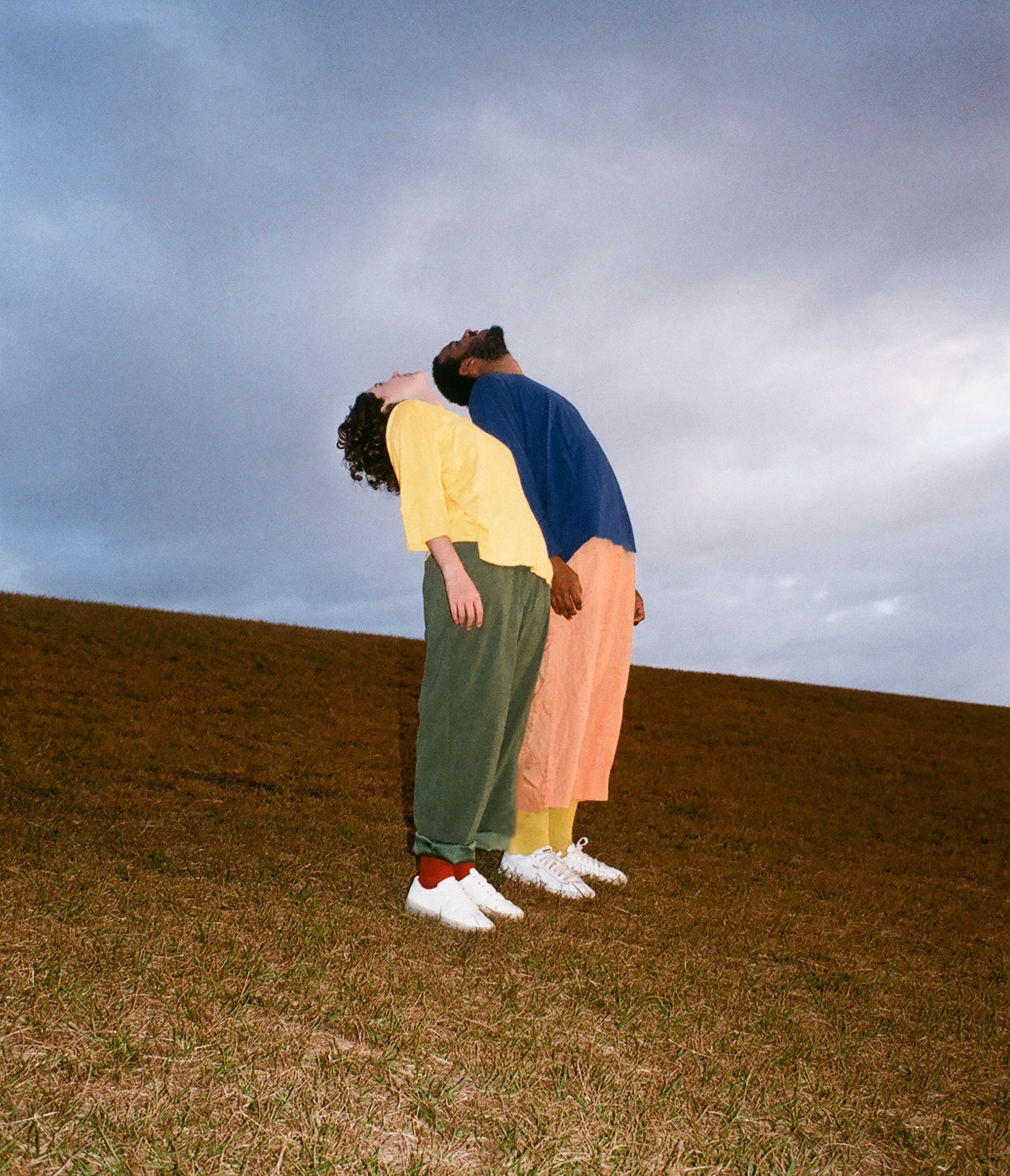 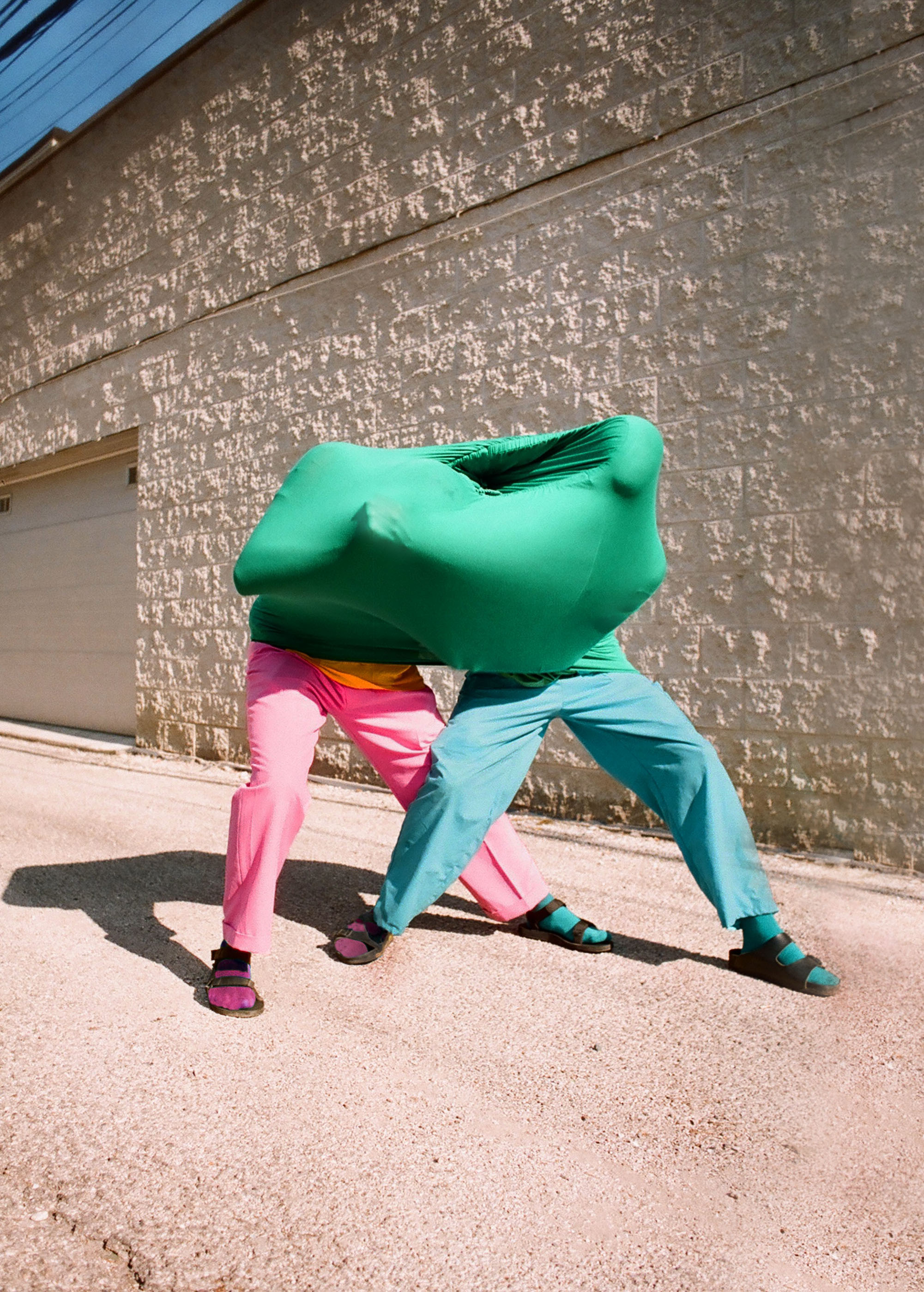 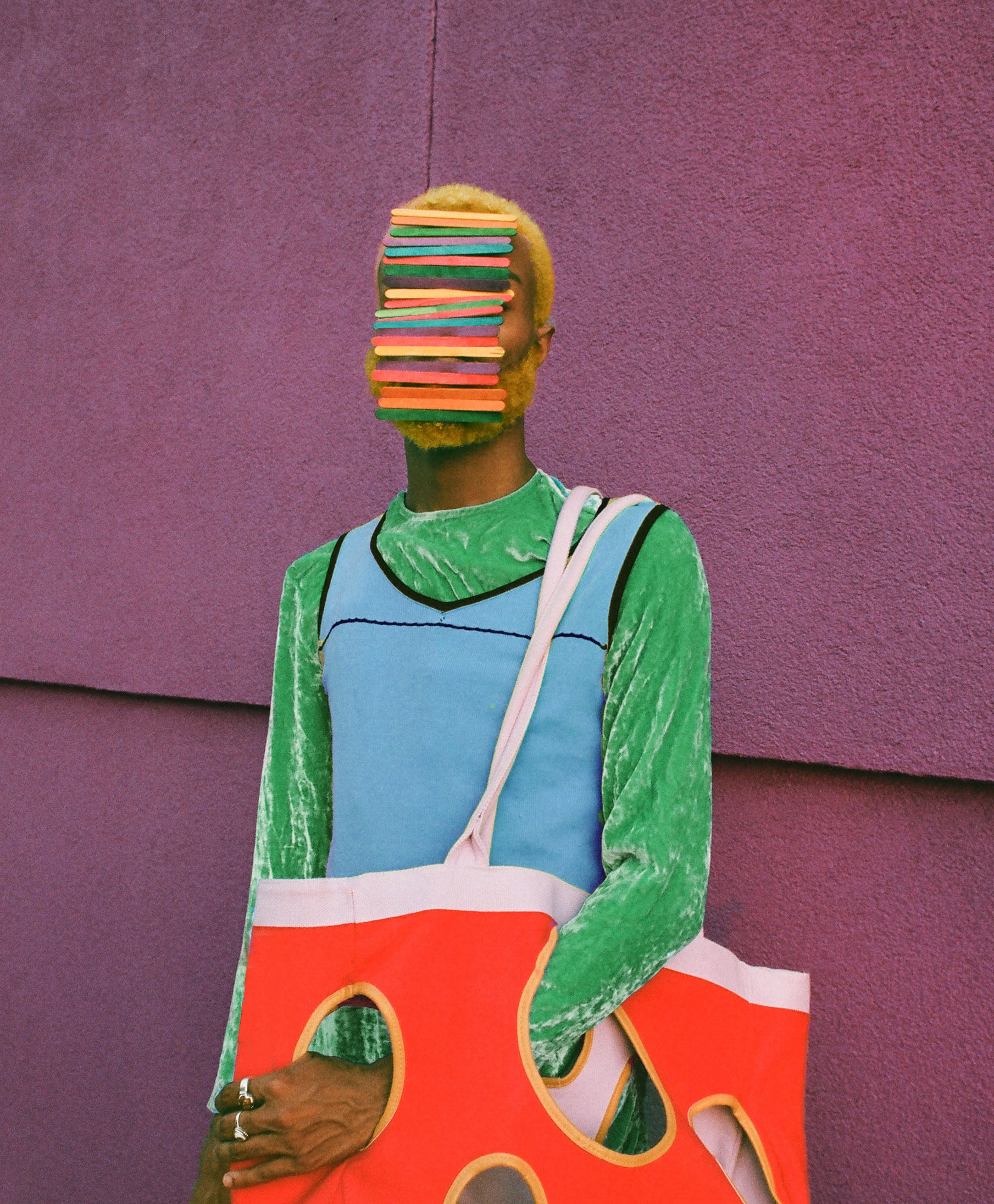 “I think, especially now with Instagram and the Internet, you can get caught up in the noise of others and forget to just step away from all that and see where you stand or what you like. I’m thankful for the realisations I had during that time… Growing pains are real!”

Once Arielle started feeling like herself again, an idea emerged. Drawing from the abstract painters she’d been inspired by, the photographer wanted to see the human body represented as part of an composition, rather than just a face being its main focus.

The inspiration, Arielle explains, stemmed from the sense of “depersonalisation” she wrestled with through her depression. “I felt like my body was more something I was renting or something that was given to me,” she says, “so that definitely influenced how I started to direct my subjects.” 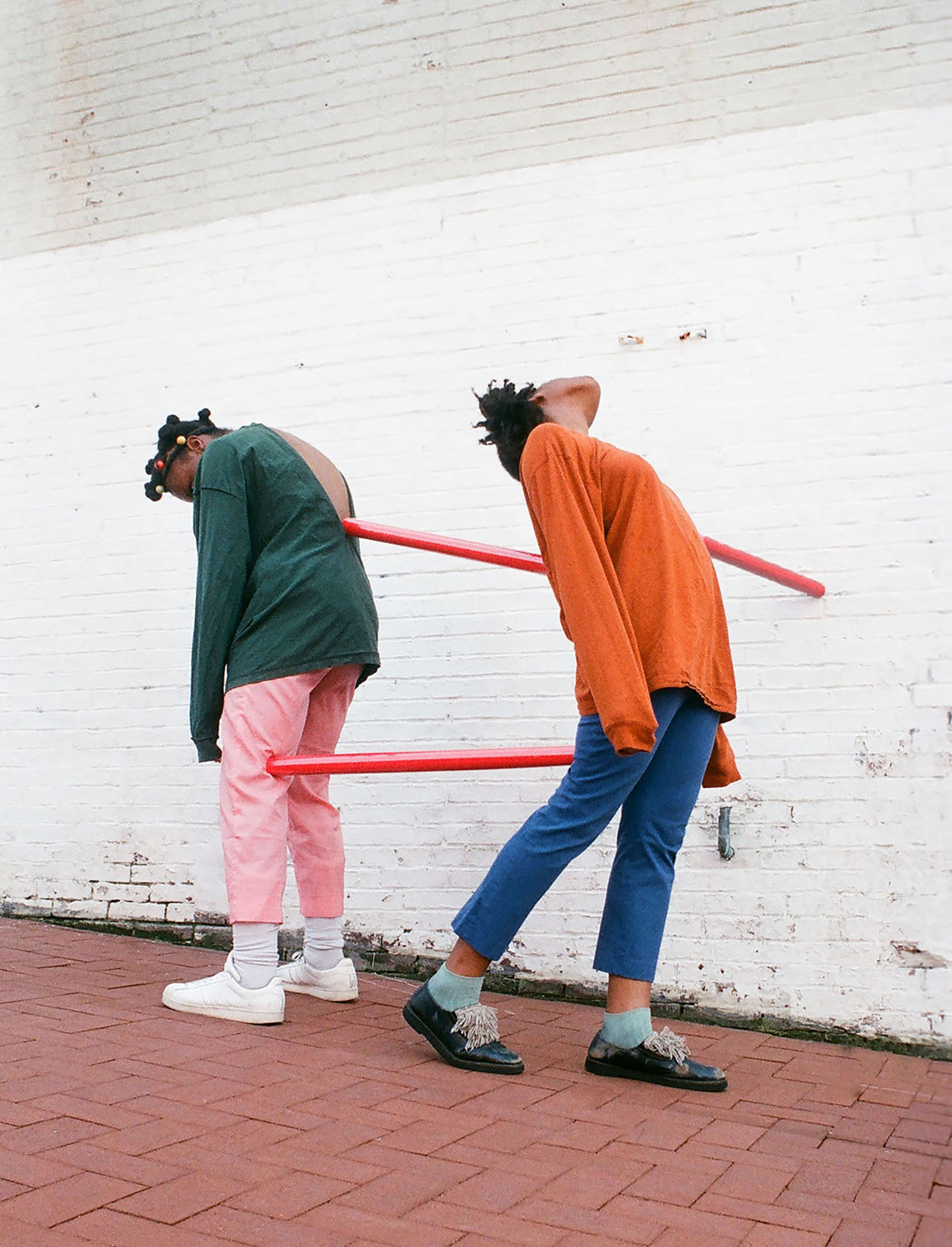 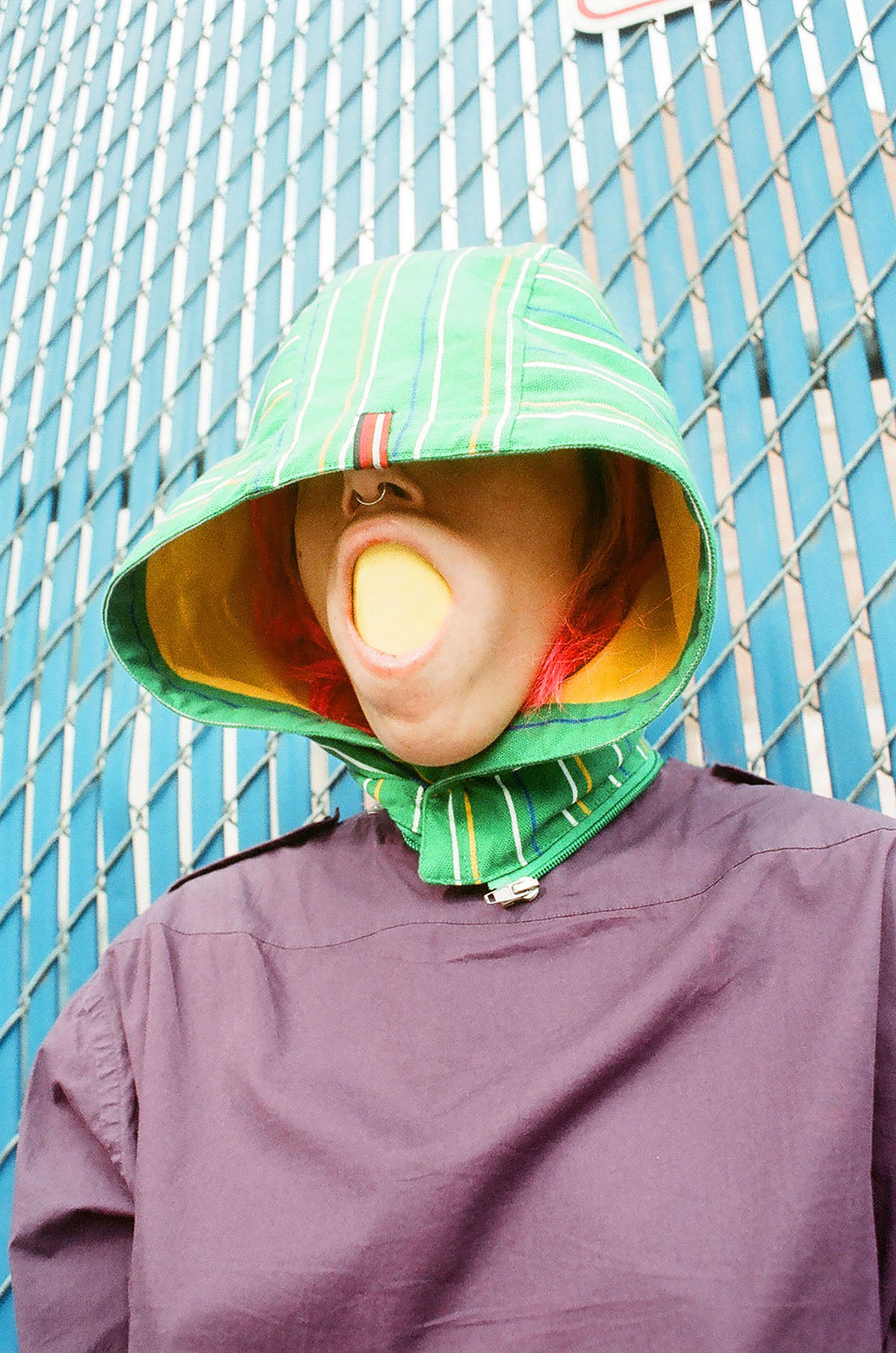 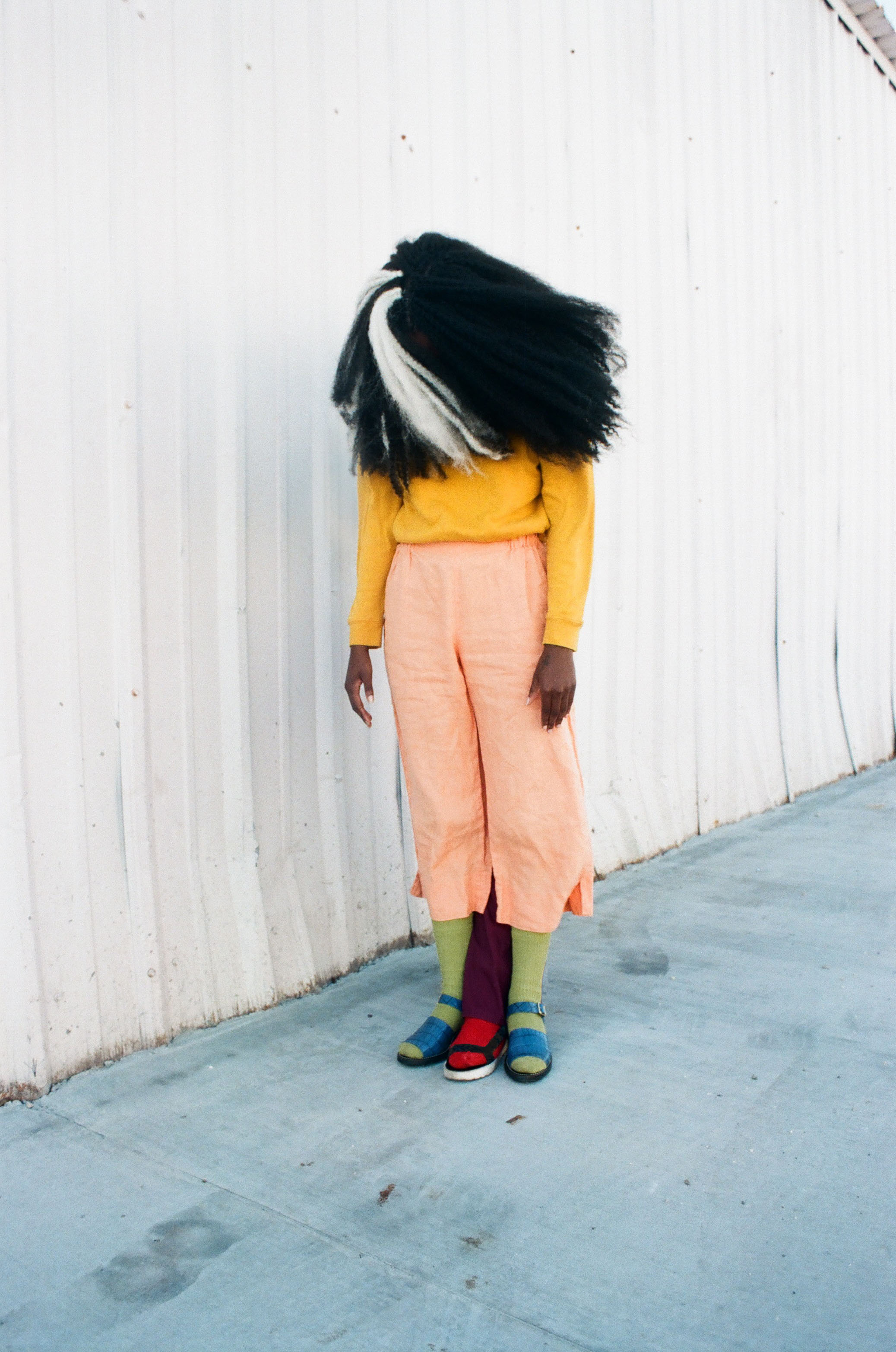 And instead of finding meaning in the everyday reality of bodies, Arielle wanted to contort them into something bold yet playful – something that expressed what it feels like to be comfortable with being uncomfortable.

To do that, she began choosing urban setting full of shapes, textures and colour that would complement her subjects – styled and directed by Arielle – and help bring these ideas to life.

When the photographer looks back at the first shot she took in this style – the one of two women bending backwards in New Orleans – it’s a reminder of the moment she began to trust herself more. 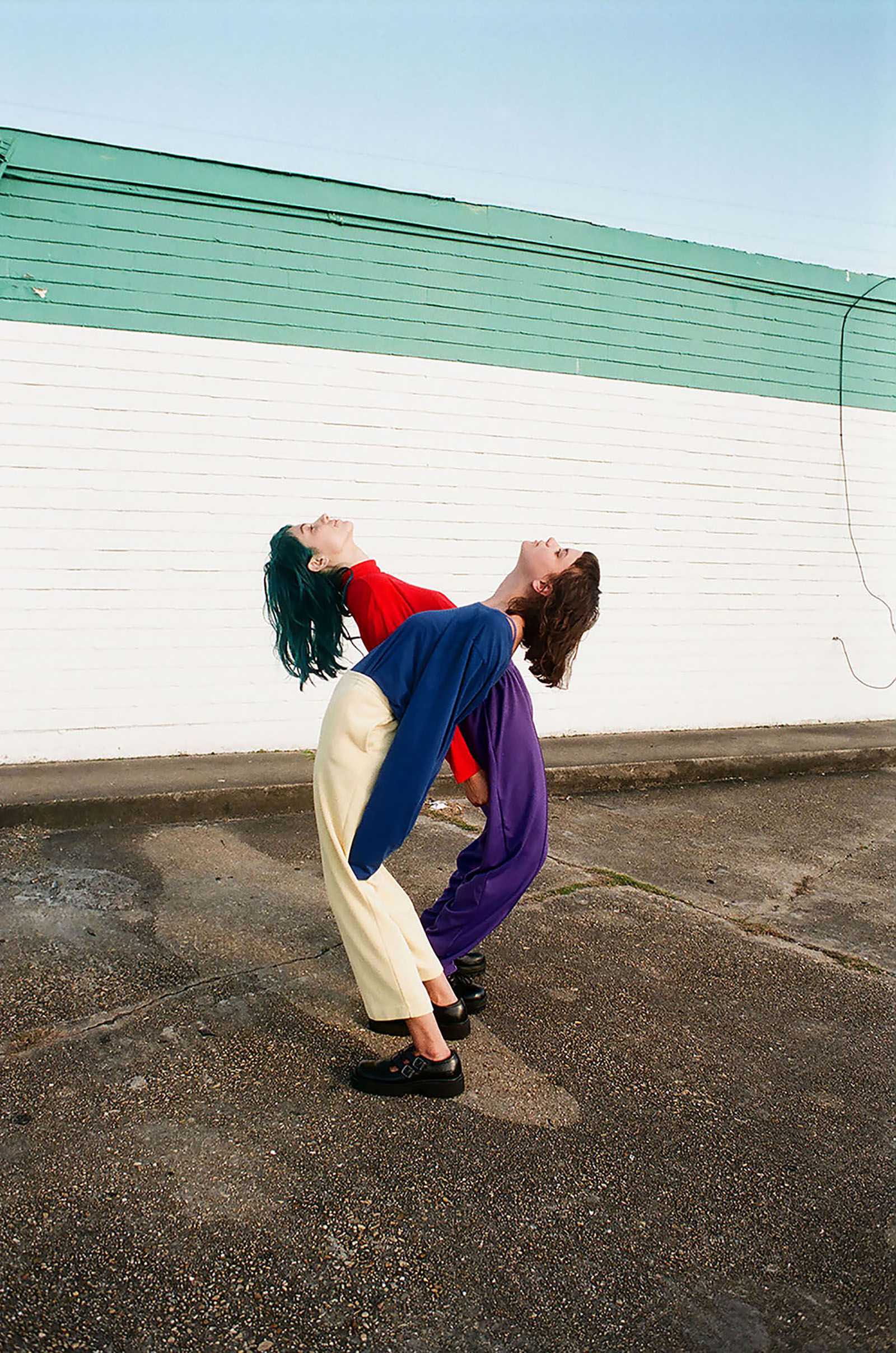 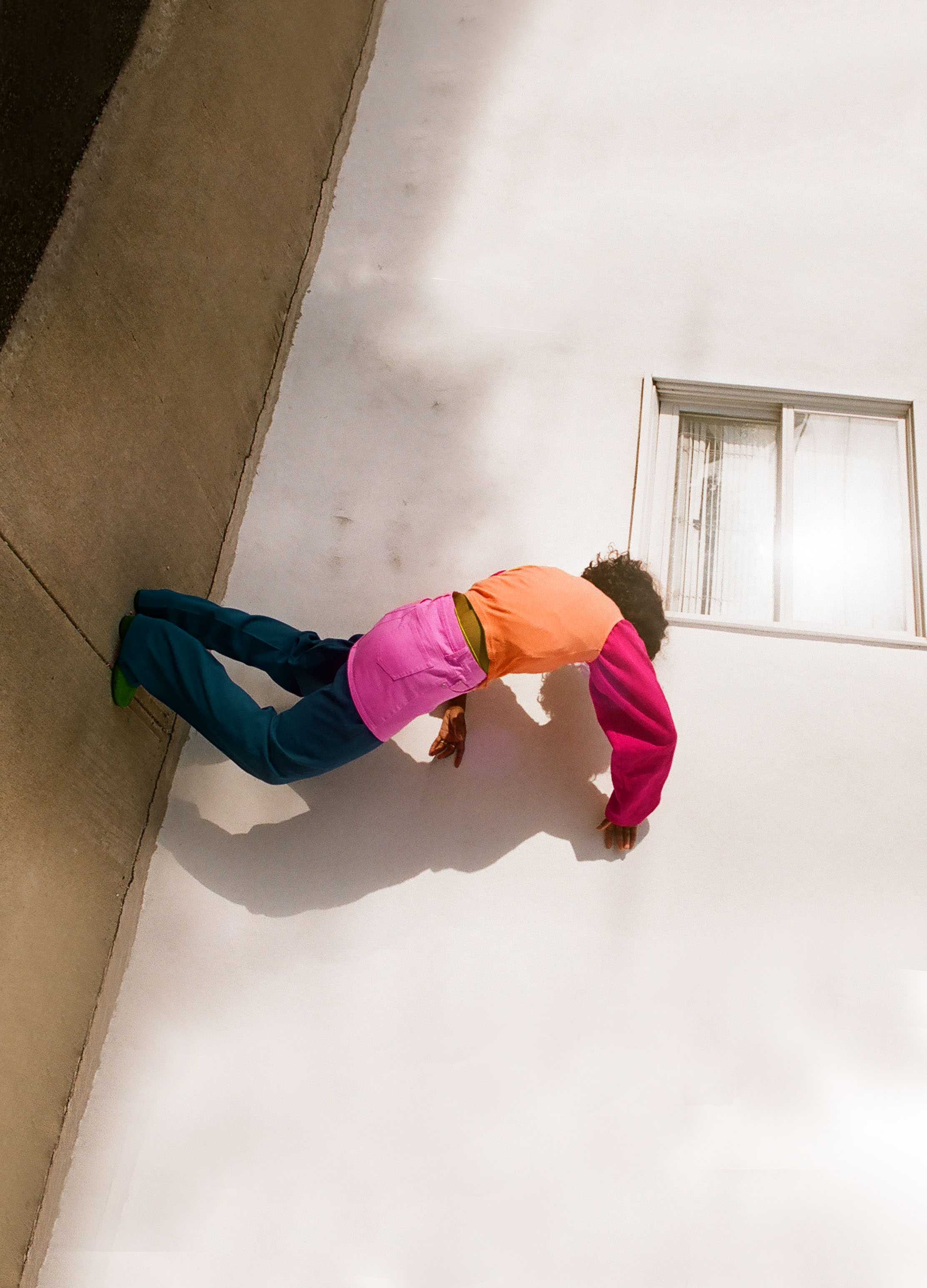 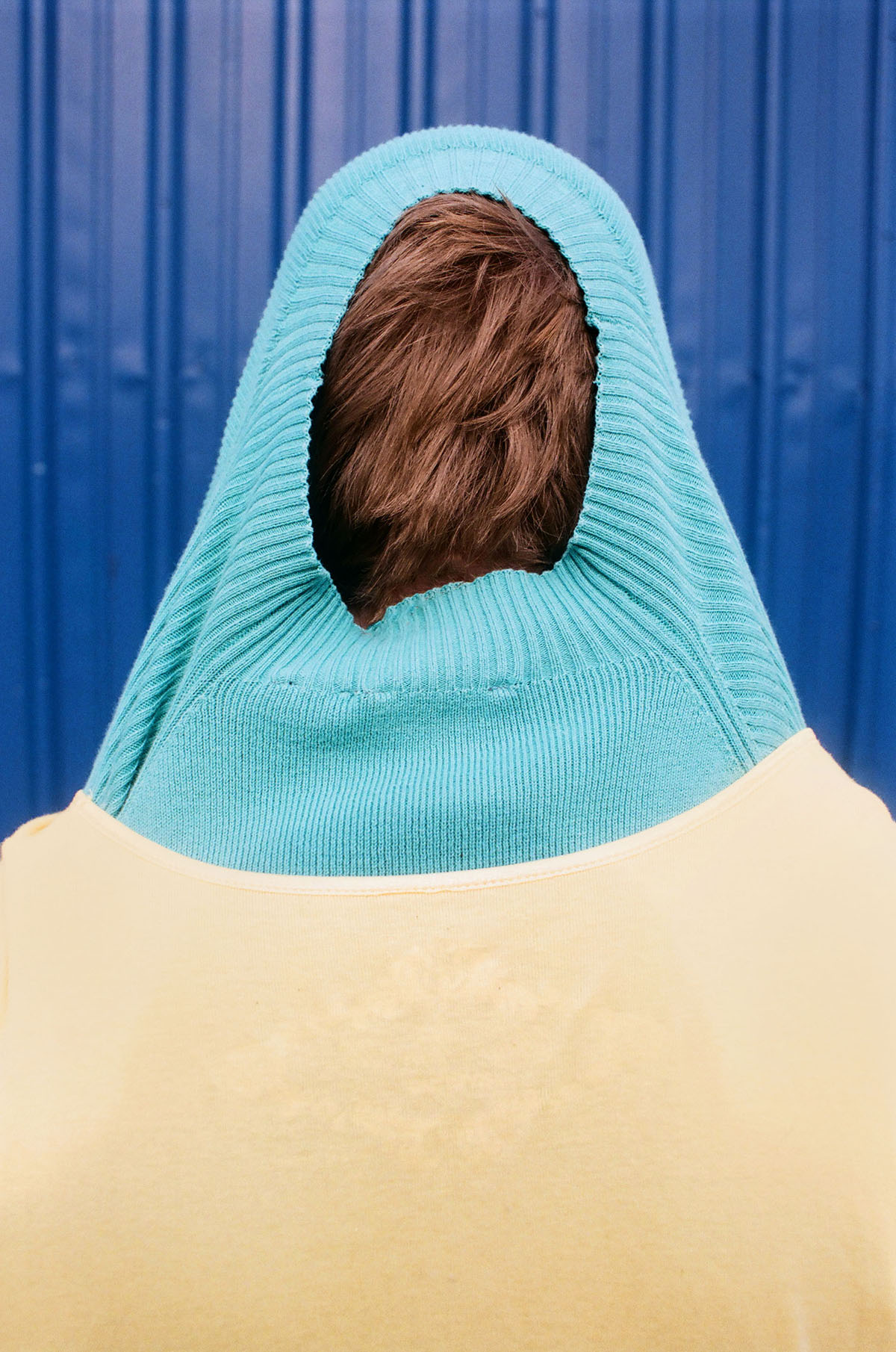 Though Arielle’s career is still in its early stages, it’s already helped her find a balance between practising patience and pushing herself harder.

“I think over the 10 years that I’ve been shooting, I learned to just not care what others think about you,” she says.

“Through photography, I realised that vulnerability is really important and to not let people tell you who you are. I feel that being young and having dreams can be scary and intimidating, which is how people become stagnant… 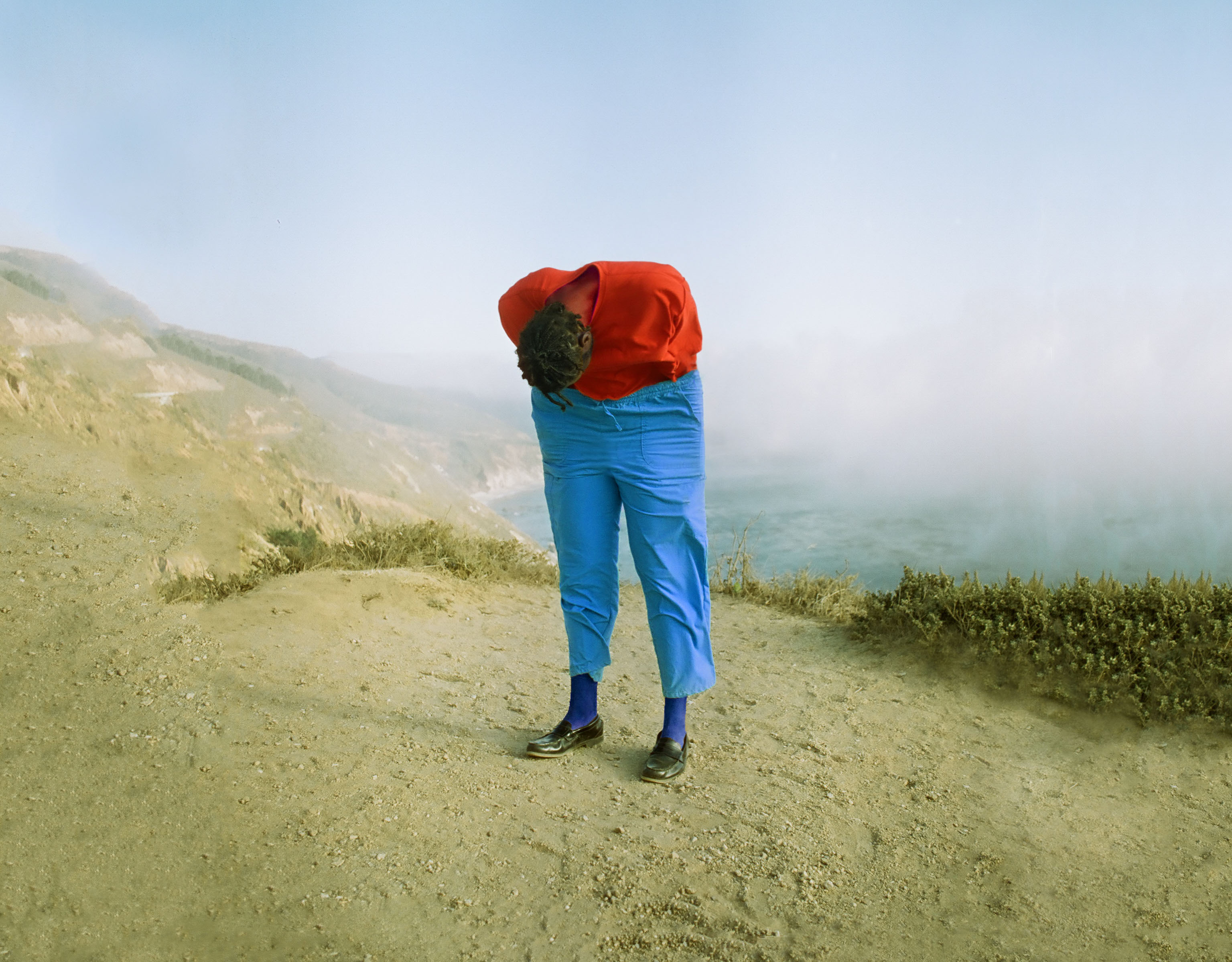 “I owe a lot to photography. It’s really helped me grow as a person because its allowed me to be present, slow down, and focus on all of the things in my life that matter.”

Linkedin
RELATED ARTICLES
OTHER ARTICLES
Photographer Alice Mann reflects on capturing the camaraderie and discipline it takes to succeed in a highly-competitive sport.
Jermain Cikic reflects on his experience of visiting the island of Samos, Greece, in the summer of 2021.
In the UK, Hongkongers are continuing to stand in solidarity with the pro-democracy movement.
Hundreds gathered together to protest the policing bill by making as much of a racket as possible.
Photographer Melanie Nissen recalls capturing the characters, fashions and rarefied chaos of a rapidly-expanding set of punk bands who helped to redefine the genre.
The musician, DJ and founder of Monika Enterprise reflects on a career defined by revolution and rule-breaking.