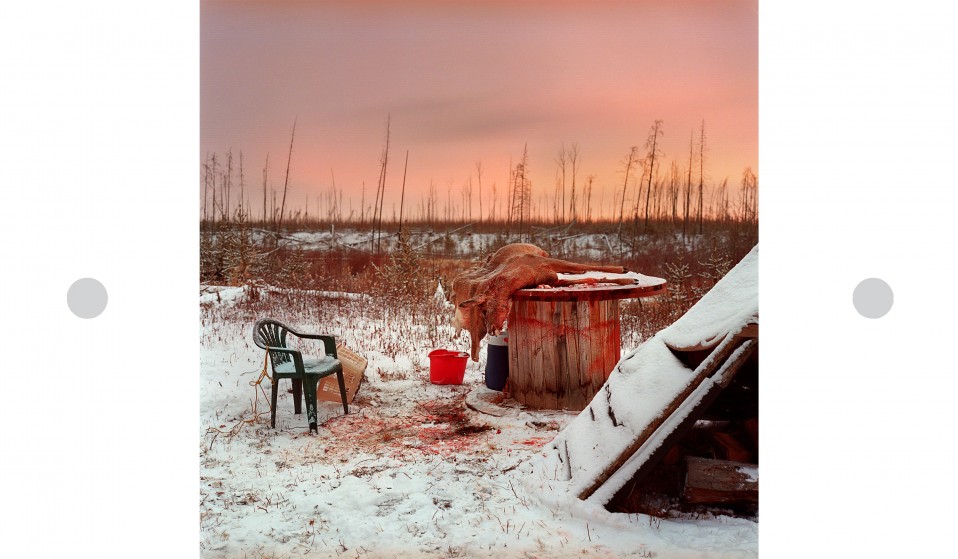 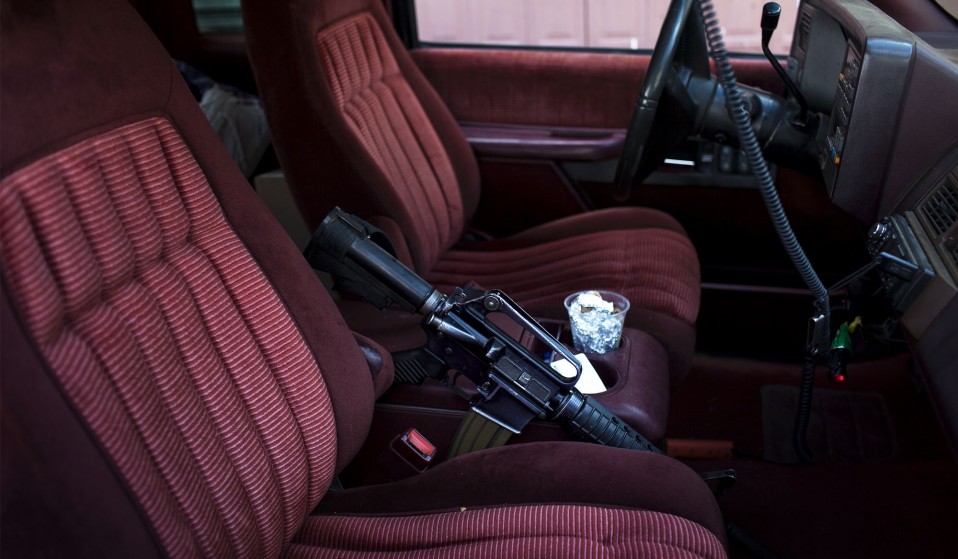 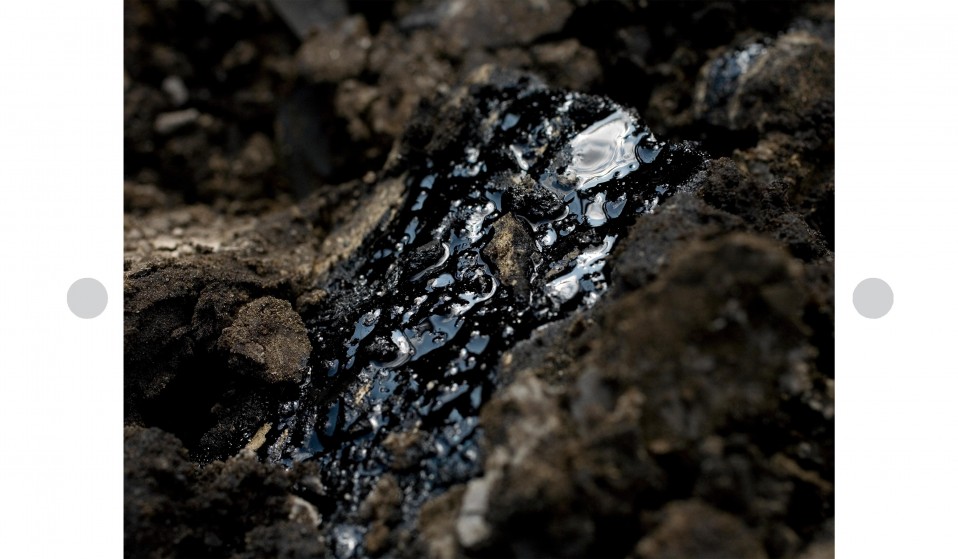 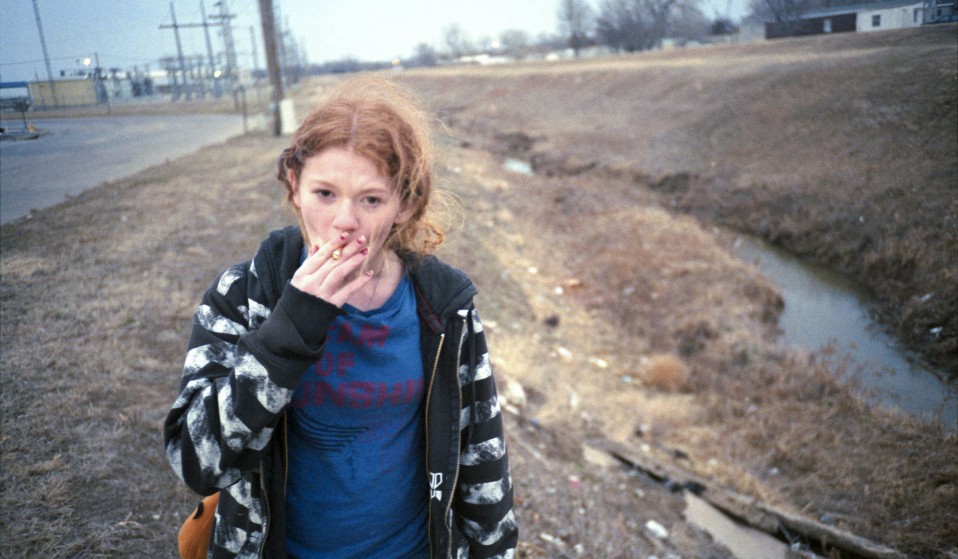 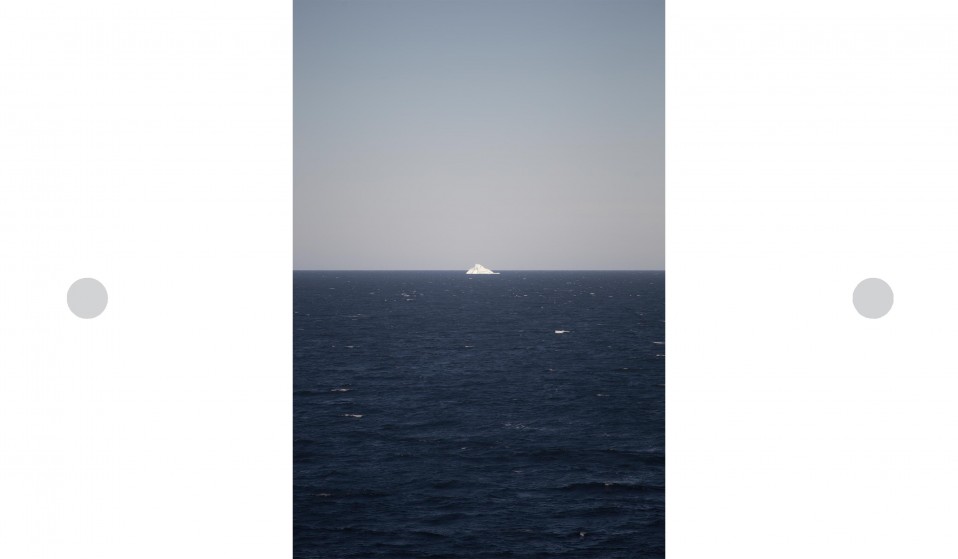 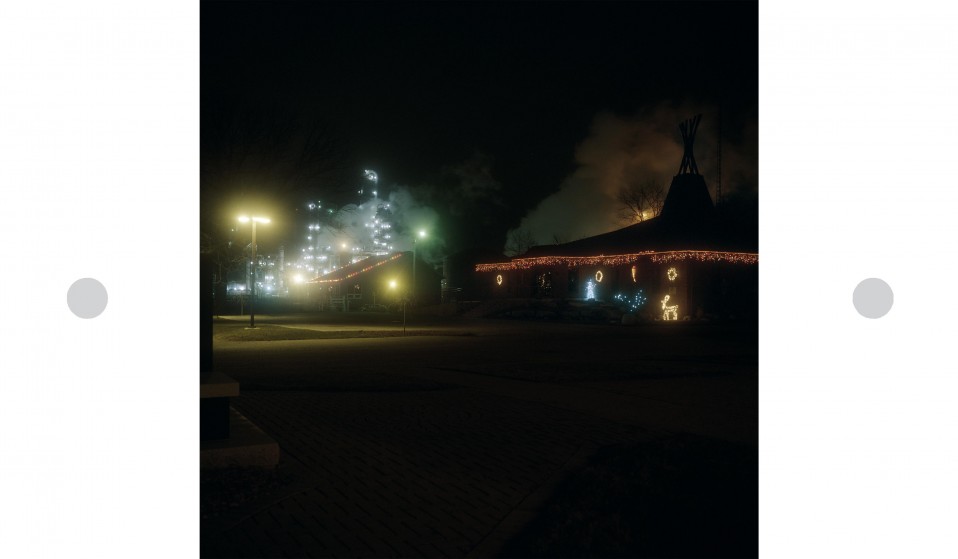 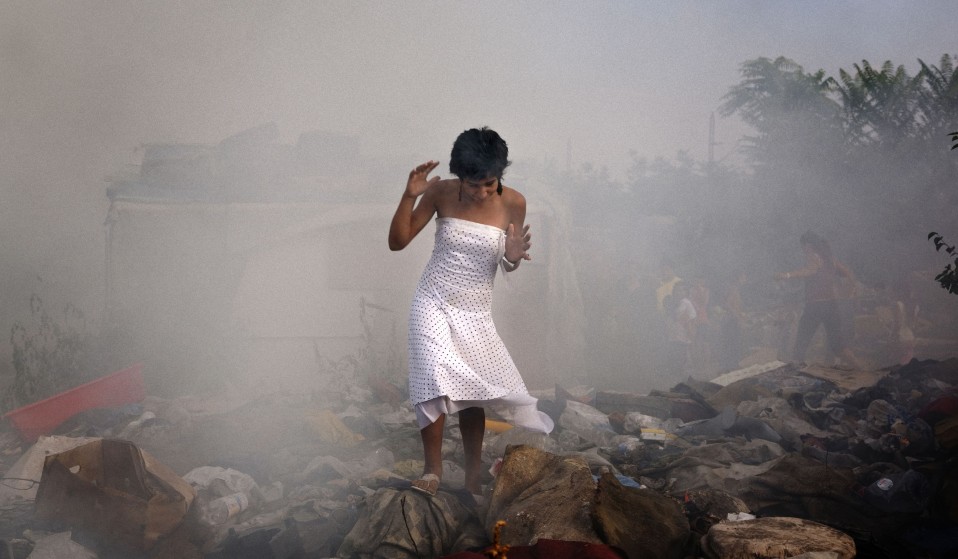 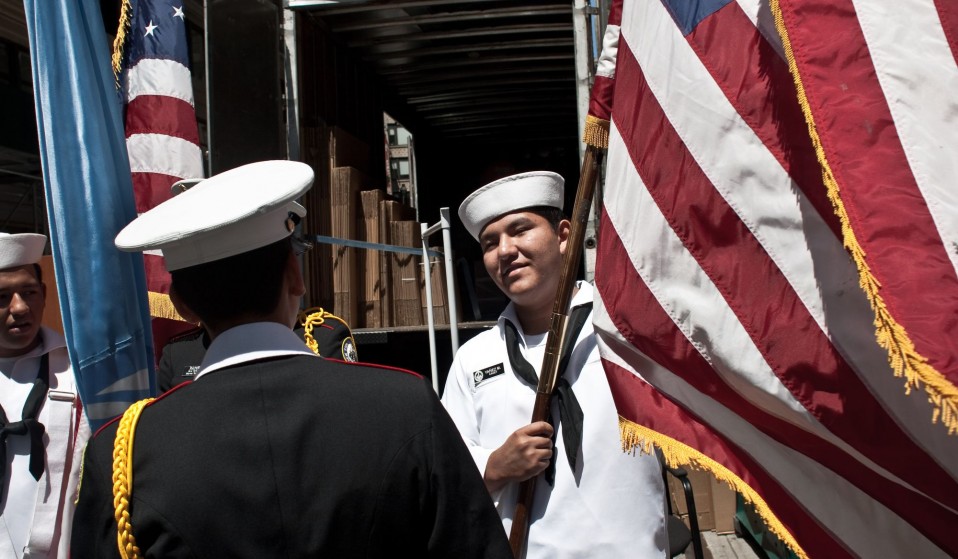 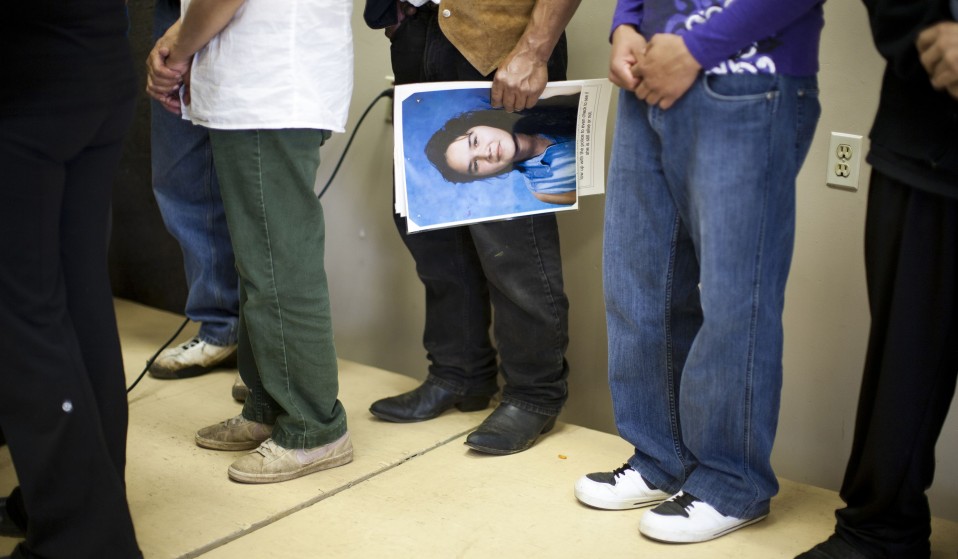 Boreal Collective use photojournalism to raise social consciousness of injustice, inequality and environmental issues in their native Canada and abroad.

Boreal Collective use photojournalism to raise social consciousness of injustice, inequality and environmental issues in their native Canada and abroad.

Boreal Collective was founded in Toronto in 2010 by photojournalists Aaron Vincent Elkaim, Brett Gundlock, Ian Willms, Jonathan Taggart and Rafal Gerszak to allow them to focus on meaningful stories in Canada and further afield.

The Alberta tar sands have made Canada one of the front lines in the battle between industry and environmental and community groups. Boreal have documented many aspects of the struggle, including the First Nation’s fight to maintain their identity as they attempt to coexist with the destructive oil extraction taking place on their ancestral lands.

What made you decide to join forces?
Aaron Vincent Elkaim: Well, Ian, Brett and I were living in Toronto at the time. We had naturally coalesced based on the fact that we were all working for newspapers although we shared a vision and desire to develop as documentary photographers. Donald Weber also mentored the three of us. He encouraged us to find our individual voices and not simply get stuck doing assignments within Toronto.

We had all been paying attention to the new collectives in the US, such as MJR and Luceo. It seemed like they were accomplishing great things as a group while helping make a name for each individual photographer. Rafal, who lives in Vancouver, was in Toronto for a visit and he brought up the idea of forming a Canadian-based collective. We were all on board with the idea. Jonathan who had just graduated from Ryerson’s documentary program was also doing great work, so we invited him to join. I don’t think we really knew what we were doing at the time, but it felt good to start something. It got the juices flowing and really motivated us to push ourselves. I think there is a shared artistic and political vision that probably helped draw us together as well.

What does working together allow you to do that you couldn’t do by yourselves?
We all work independently on the stories we each feel compelled to tell. What the collective helps with is providing support to discuss and develop ideas, to edit the work, and get feedback on proposals. In terms of showcasing work, the collective has been a powerful force. We recently published a Newsprint zine titled Tension that was curated by the editor of the Globe and Mail Magazine Clare Vander Meersch. We printed 2000; they fold out into a sort of pop up exhibit. We have been widely distributing them to clients, fans, as well as wheat pasting then around Toronto and photo festivals. We are also presenting Tension as a printed exhibition at the Chicoutimi Photo Festival in Quebec in October.

We plan to do a series of these with different curators and themes over the next couple of years and are pretty excited to see how that evolves. We have also been involved in engaging the local photographic community in Toronto. We held our first Boreal Bash was in 2013 where we ran portfolio reviews and invited speakers such as Larry Towel, Donald Weber, and Rob Hornstra. We created a really solid dialogue and party; we’re planning Bash 2.0 for next summer. Some of our members run workshops as well. We also ran a Pecha Kucha at Flash Forward in Boston as well as a panel at Contact Photography Festival last year. All these activities allow us to share our collective findings with the greater photo community.

What sort of projects have you been working on?
My recent work explores the evolution of human identity and its relationship to the natural world. I focus on stories where there is a tension between modernism and cultural survival. This work began with “Sleeping with the Devil”, which focuses on the Fort McKay First Nation community in northern Alberta, Canada. In the past 40 years they have moved from surviving off the land as hunters and gatherers to a modern economy dependant on the Oilsands industry. As a major Canadian story, the Oilsands has been a major focus for a number of the members of the Collective. Similarly, issues faced by Canada’s First Nations have been an ongoing concern for many of us. Although we are each working independently, we appreciate showing our work collectively.

What have you learned from other photographers in the collective? Has working together changed the work you produce?
I think one really interesting thing about Boreal is that there is this general sense of collective evolution taking place. We all seem to be gravitating toward telling stories in a more lyrical and poetic language. It has happened really naturally. I feel like in some way we now have a collective voice, a vision or style that somehow connects our work. We each make totally different imagery, but there is some element of narrative form that seems to be cohesive. Moreover, many of us are working on related issues. The relationship between land and identity has definitely been a theme that has emerged amongst the group. This has happened very organically. We each somehow found our way to stories that link without planning it that way.

What’s the future for the collective?
Well in Brett Gundlock’s words we will continue to ‘fight evil’. I mean, it’s hard to say exactly, about a year ago we added five new members Laurence Butet-Roch, Matt Lutton, Eamon Mac Mahon, Johan Hallberg-Campbell and Mauricio Palos. These photographers were all naturally close to us already. The expansion has been really positive so far. Because we can’t all be engaged all the time, the numbers allow us maintain momentum. I think we’re going to continue experimenting with making our own publications like the newsprint, pushing collective exhibitions and so forth. But truly we are a support mechanism for each other. We are all first and foremost focused on our personal futures, being part of Boreal simply makes that personal journey less lonely.

Find out more about Boreal Collective.

Linkedin
RELATED ARTICLES
OTHER ARTICLES
Yesterday, rail workers came together to protest poor pay, working conditions and job cuts in their latest round of strikes.
In the latest instalment of Photographers in Conversation, the creator talks portraiture, platforms and taking inspiration from Little Simz.
The author discusses her new memoir, which offers a sobering reflection on the racism and otherness she’s experienced along with a joyful celebration of her culinary heritage.
A sharp increase in officers armed with the electrical weapon is resulting in serious injuries and deaths.
Last week, Tower Hamlets council removed its nudity-restricting licensing conditions in a huge win for London’s kink community.
The government’s brutal crackdown on NGOs has left victims of rape without anywhere to seek help. And now, as the country plays a key role is Russia’s war, things are only getting worse.