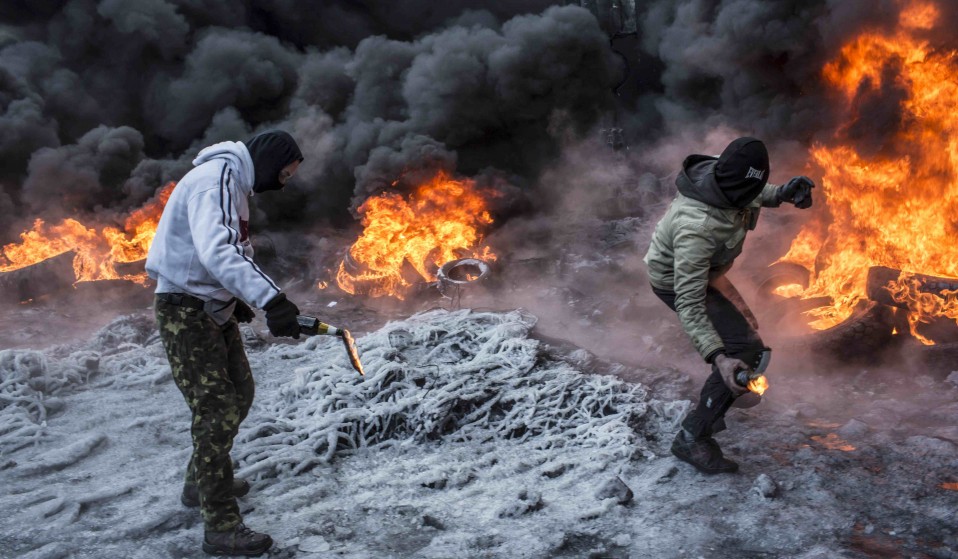 As Ukraine erupted in conflict, Brendan Hoffman jumped on the next flight – confronting his own shattered reality in the process.

As Ukraine erupted in conflict, Brendan Hoffman jumped on the next flight – confronting his own shattered reality in the process.

My trip to Eastern Ukraine changed everything. When I arrived in 2014, I had never covered war. I had never seen someone die. I was married and living in Moscow. None of those things are true anymore.

I moved to Moscow from the US in the summer of 2013 because my wife and I had talked about it for years. I find Russia interesting, misunderstood and not covered well by most media.

Having spent my entire career in Washington DC, I wanted to photograph the real world – real people affected by the realities of life – not just men in suits speechifying. 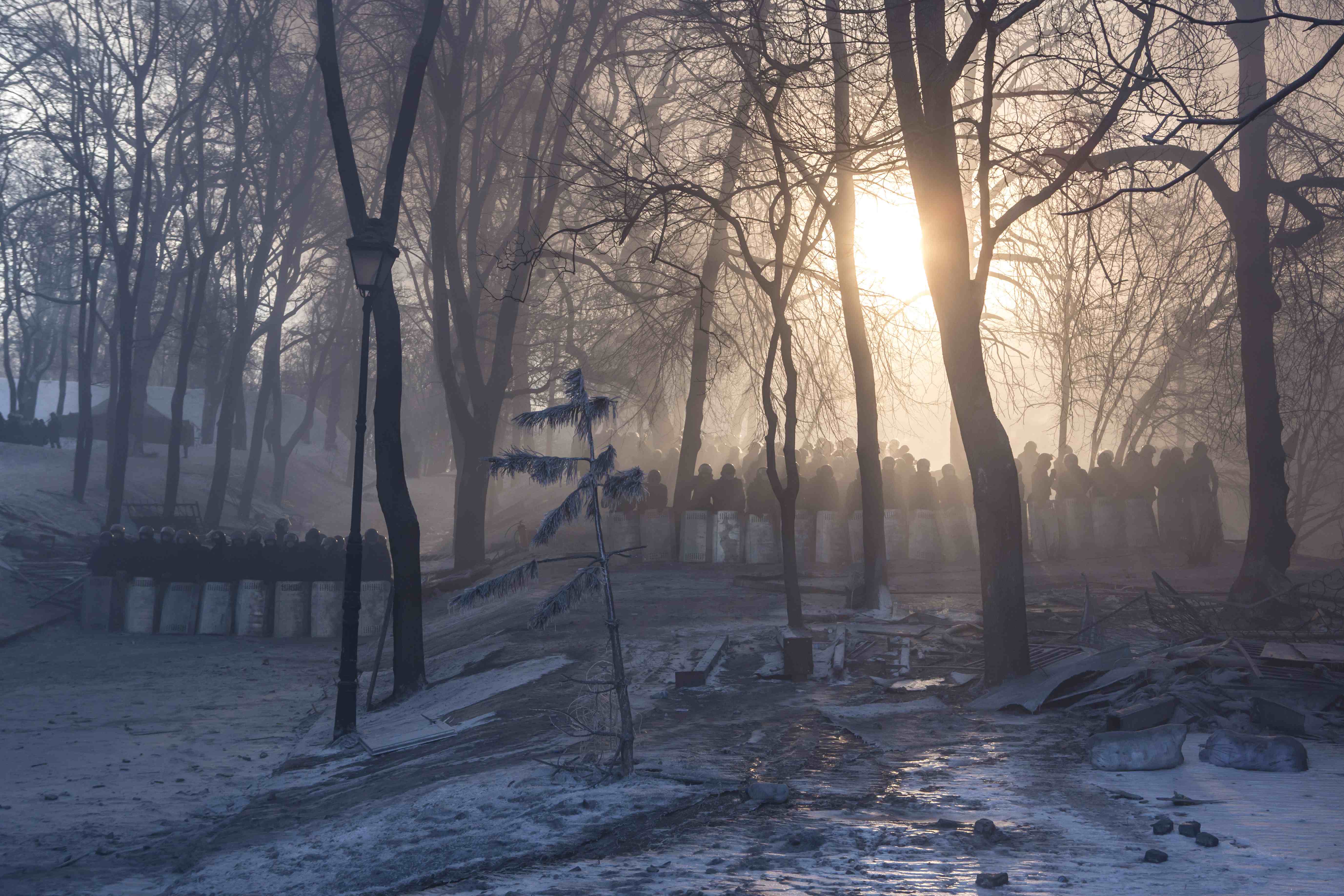 But by December, I was frustrated. I started questioning everything, not only my decision to move to Russia, but my life in photography too. Then, on my way home from a particularly difficult trip, I caught news of the protests in Kiev.

I emailed my editor at Getty as soon as I could to see if she wanted me to cover it. She said yes and I was there by the following day. For the next two weeks, I lost myself in work. It was difficult but inspirational, and it felt good to make pictures I was proud of again. 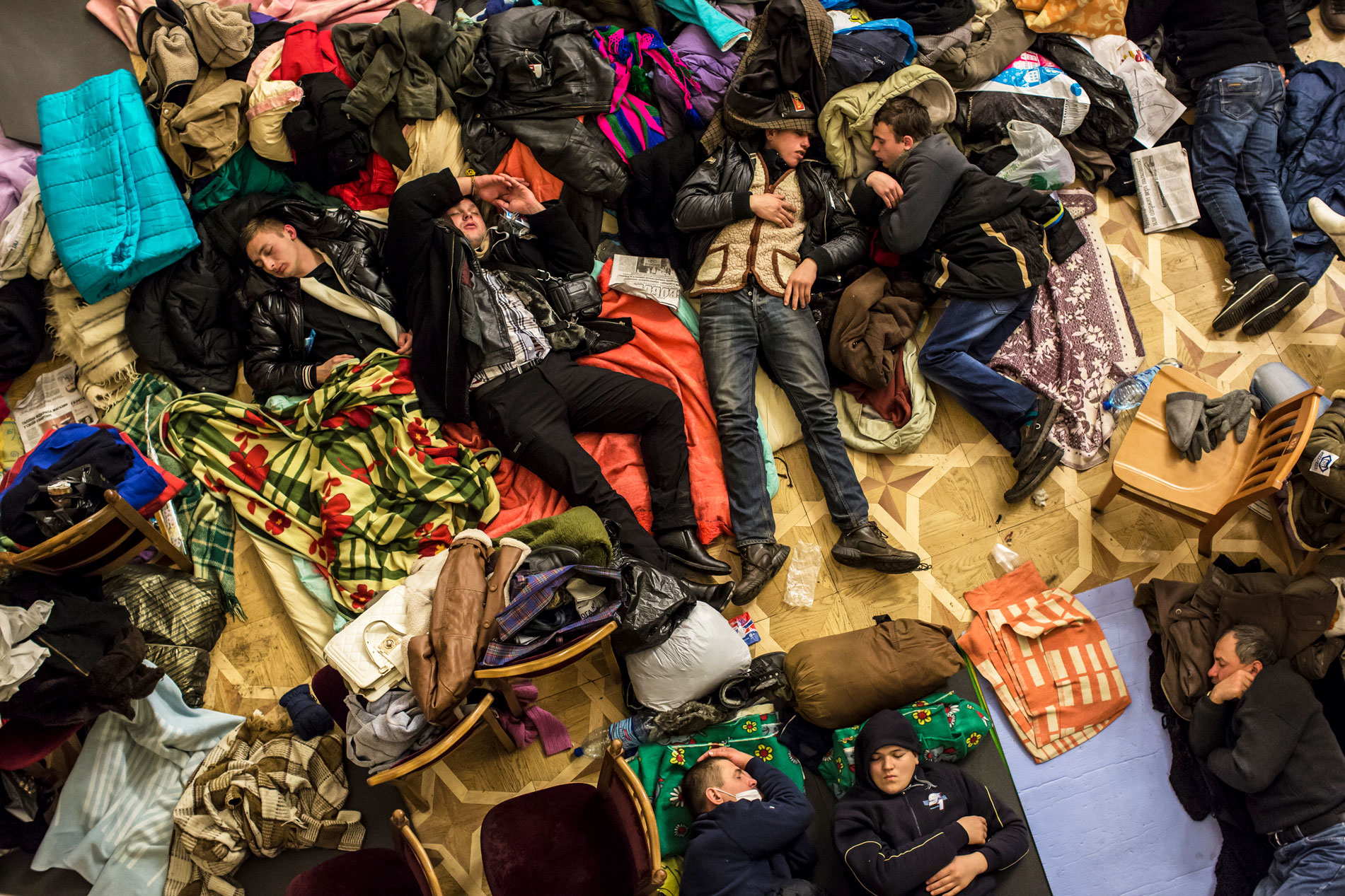 I returned to Kiev a few more times during January and February, and I was there on the morning of 20 February 2014, Ukraine’s bloodiest day, when government snipers shot and killed more than 80 people. I watched men die in the lobby of a hotel. It was the first time I had seen anything like it.

I thought the story was over, but then came Crimea and, by late April, the conflict had spread to the East. I decided to go; as a freelancer based nearby, it was my best chance at getting assignments. I lined up a fixer and got on a plane. It was the day after my wife and I had returned from vacation. I ended up staying in Donetsk for almost six weeks. 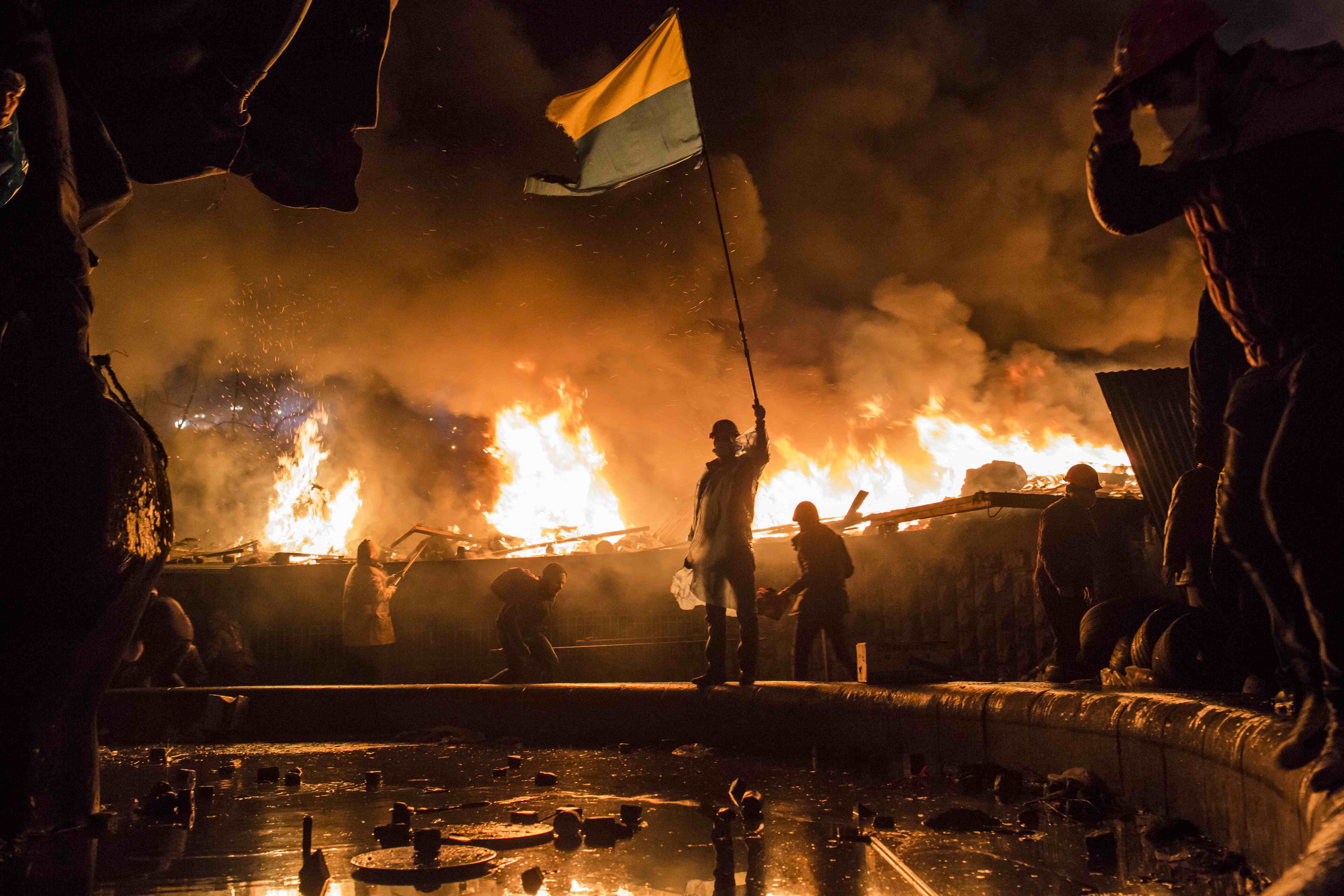 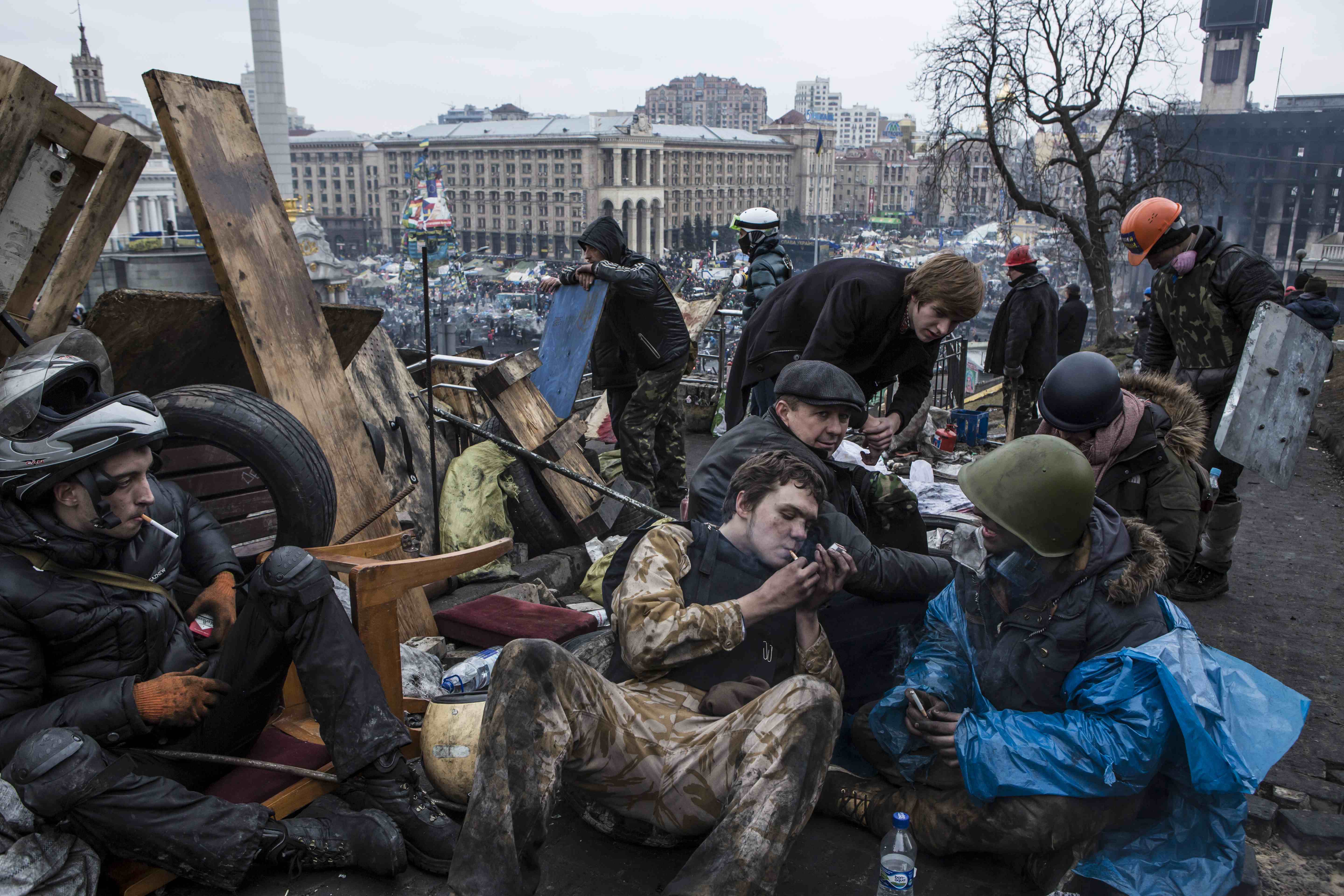 The work was frustrating, terrifying, boring and just plain weird. But most of all, it was satisfying. I  finally had the chance to cover a war, a career milestone. My decision to come to Moscow felt prescient. I had no choice but to see it through. Or else, why did I move across the ocean? Why even bother calling myself a photojournalist?

Meanwhile, a few things happened. In my absence, my wife grew miserable – a longstanding and understandable concern. The only solution was to return home and miss the story, which would have made me miserable. We’d been down this road before.

At the same time, totally unexpectedly, I found myself drawn to the fixer I had hired when I first arrived in East Ukraine. We were no longer working together but she was still around, working with Danish TV. 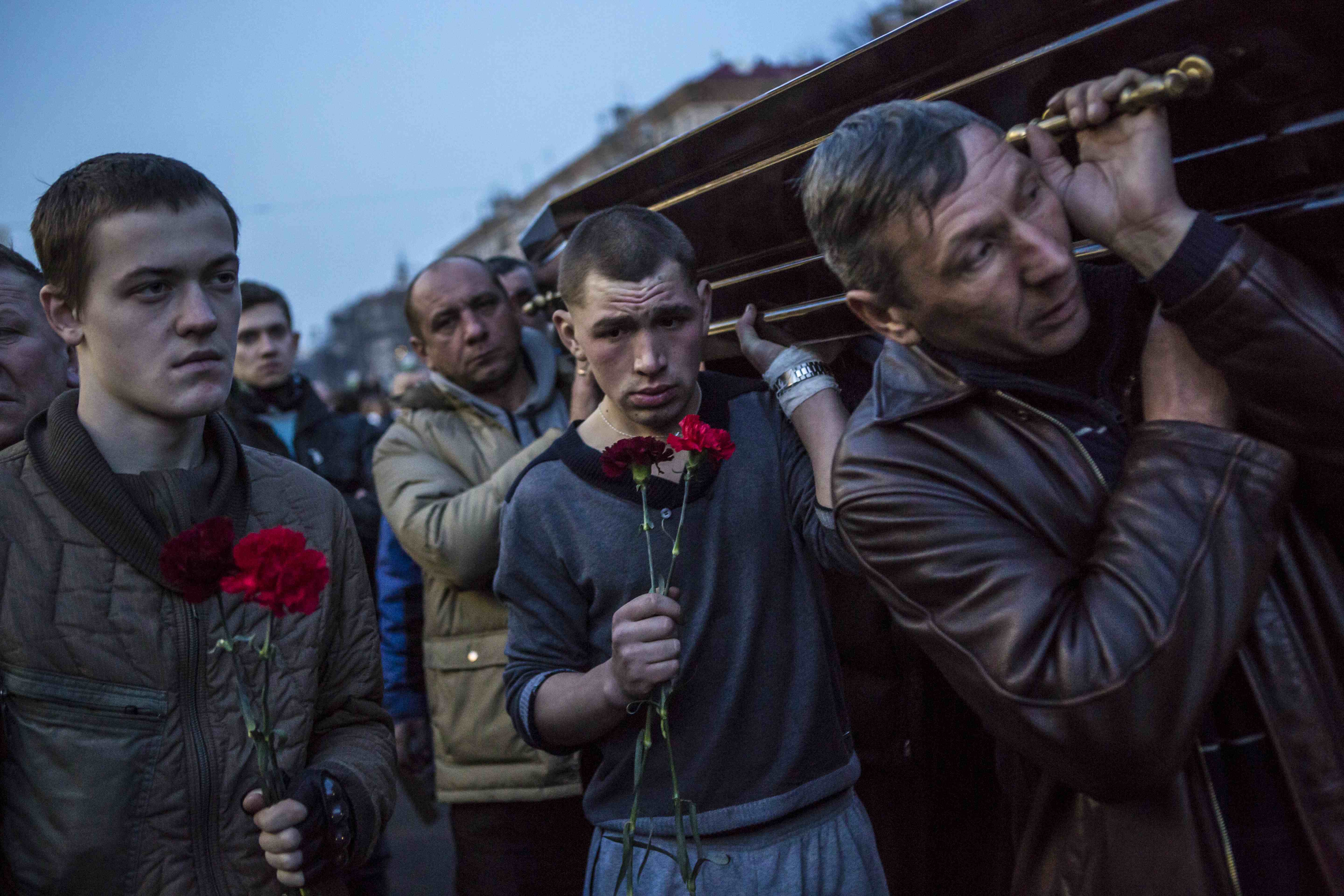 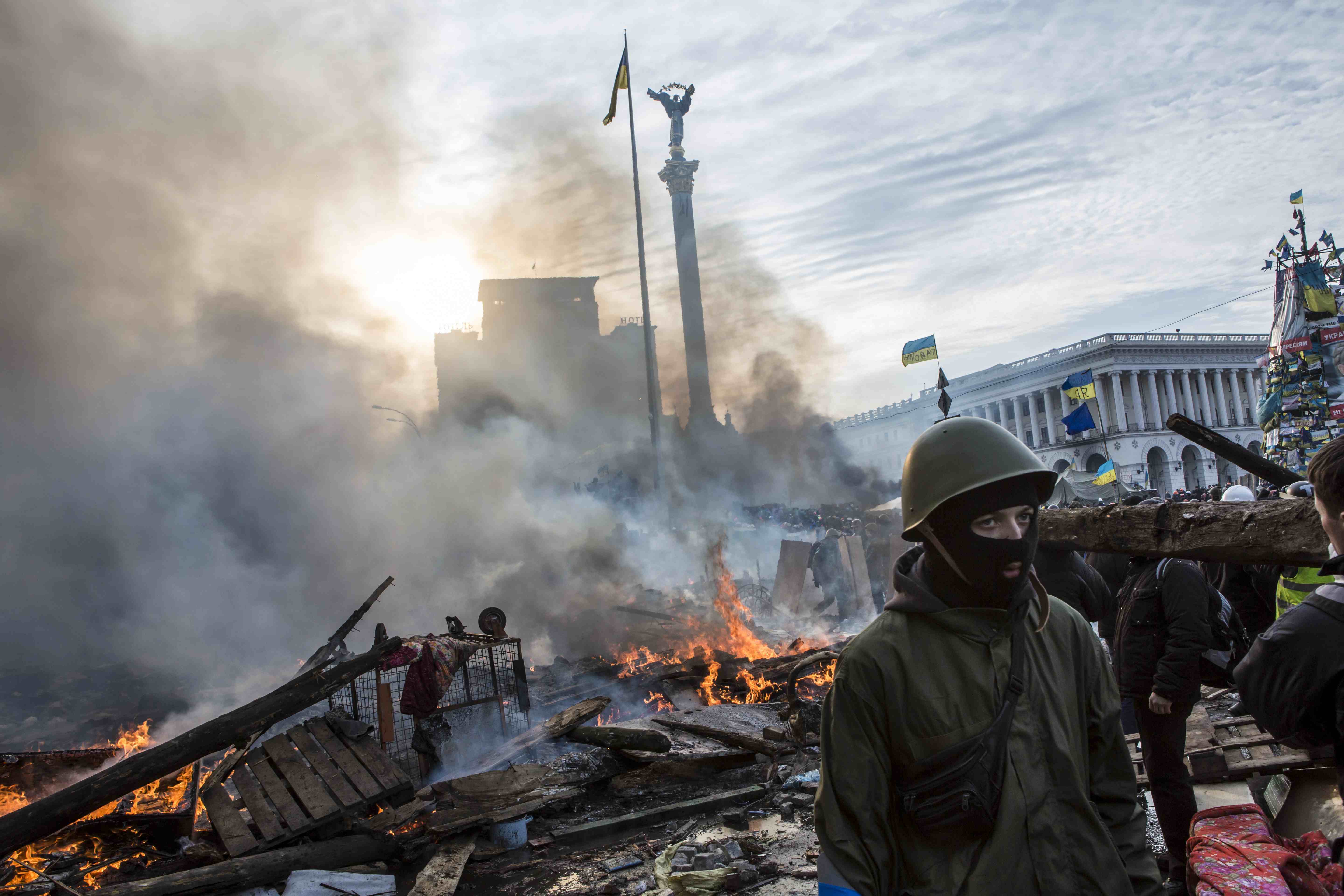 My mind went in circles trying to figure out if it all came down to circumstances or if these feelings were real. I was photographing funerals and dead bodies and having guns pointed at me on a daily basis and that can do very strange things to a person’s brain. A million disparate thoughts went through my head as I groped for an explanation.

What if I wasn’t as happy at home as I thought I was? What if dodging bullets makes all other risks look minor and survivable, even if they’re toxic? I struggled to reconcile my conflicting values. Weeks of anguish passed. In the end, I took the biggest chance of all and went with my heart. I still think this was the right choice. 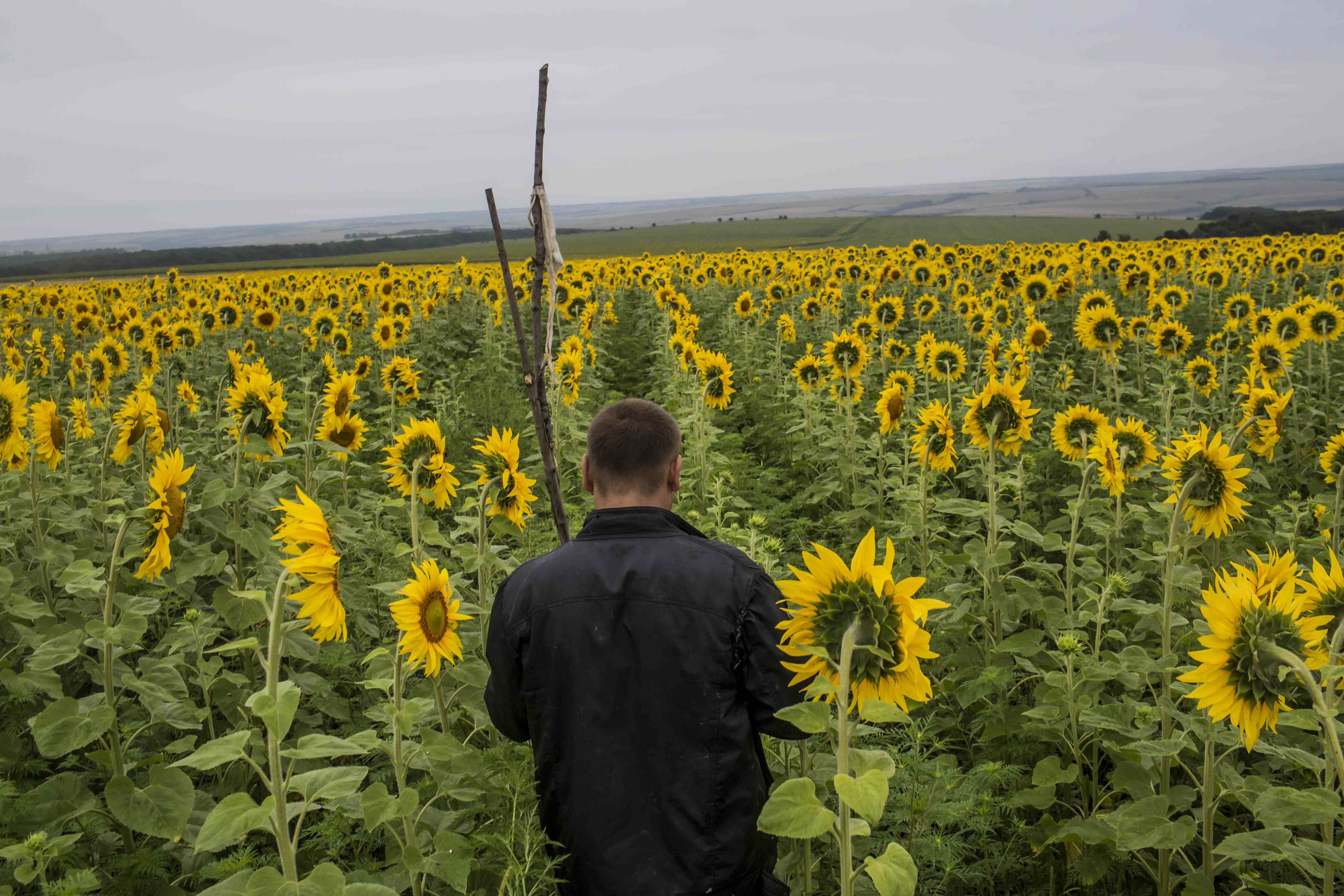 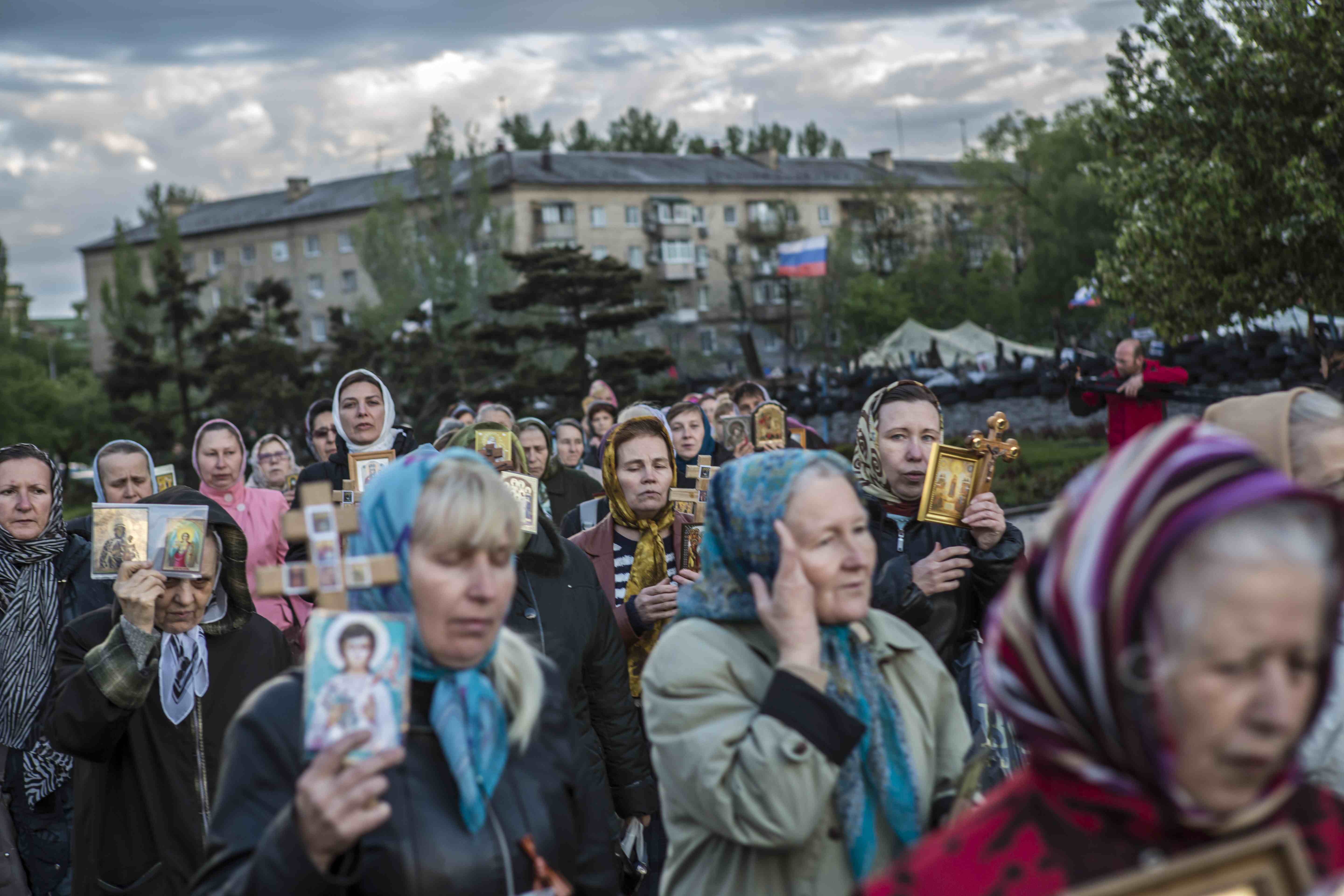 I’ve returned to Eastern Ukraine twice since then, including to cover the Malaysia Airlines plane crash. I arrived 18 hours after it happened and saw horrific things.

Later, I nearly lost it during a radio interview, which came as a relief; I’m glad to know I can still be affected by horror. I live mostly in Kiev now, and though I lost much of the comfort I once had, the contours of my life are much closer to what I imagined for myself. 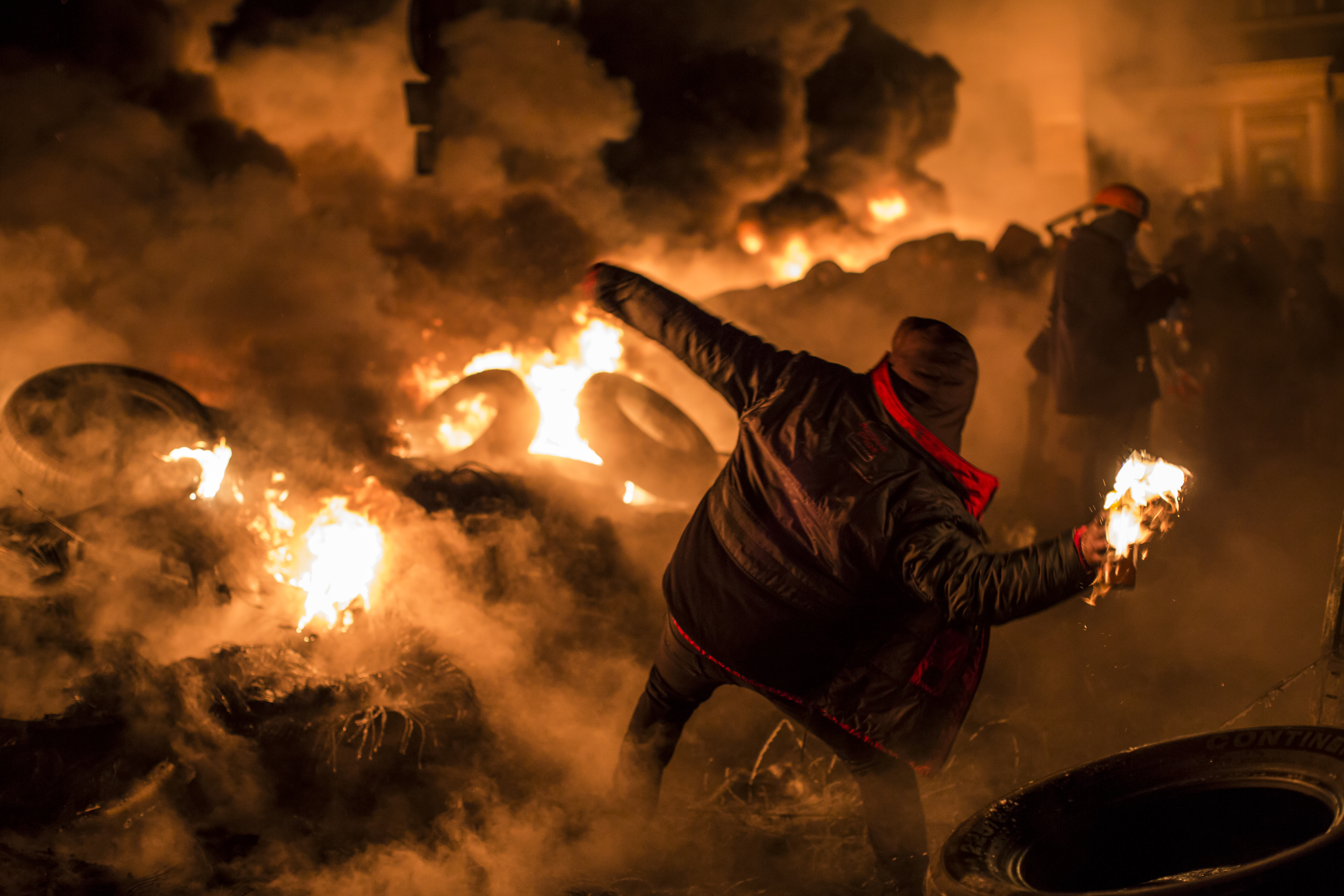 This article first appeared in Huck 46: The Documentary Photography Special II. Buy it in the Huck Shop or subscribe to make sure you never miss another issue.

Check out the portfolio of photographer Brendan Hoffman.

Linkedin
RELATED ARTICLES
OTHER ARTICLES
Over a dozen Stop Deportation activists locked themselves to each other outside a detention centre to prevent coaches taking those due to be on the Rwanda deportation flight from leaving.
A new edition of a seminal book brings together iconic images of the band onstage in their full glory and backstage in moments of unguarded camaraderie.
In her new book, the author explores the country’s housing crisis in human terms and calls for radical action to address a broken system.
Photographer Arthur Grace recalls travelling through the Soviet Bloc and finding ways to evade the surveillance of his work.
With inflation now at a 40-year-high of 9 per cent, demonstrations organised by TUC took place to demand action from the government.
Photographer David Hoffman recalls documenting the extreme wealth inequality around Tower Hamlets and Hackney int the 1980s.