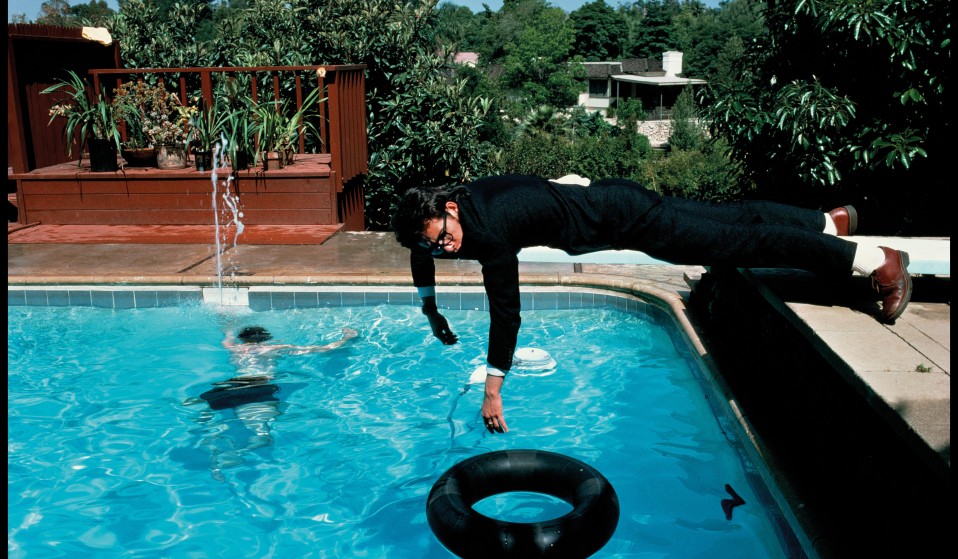 Ahead of the release of his new book, Pop, photographer Brian Griffin talks about his incredible career shooting some of the biggest musicians of the 20th century.

Ahead of the release of his new book, Pop, photographer Brian Griffin talks about his incredible career shooting some of the biggest musicians of the 20th century.

From the arresting, in-yer-face gravitas of Iggy Pop, to the other-worldly etherealism of Kate Bush; as far as music photography was concerned, the late ’70s and early ’80s were a dazzling, visual goldmine. Just ask Brian Griffin.

Based out of his renowned Rotherhithe studio and armed with a habitual tenacity that saw him try anything once, Griffin photographed the lot. Album covers, single sleeves, press shots and posters – if a band was in need of a leg-up when it came to their image, Brian Griffin was their man.

“People were onto me,” he recalls laughing. “Back then, there were a lot of bands who wouldn’t stand a chance unless the cover looked reasonably interesting… let’s just give them a chance.” Often working on shoe-string budgets – and way before the days of digital post-production – Griffin’s “technical naivety” and willingness to experiment placed him at the forefront of photographic innovation during the period. It’s a reputation he still holds today.

Now, for the first time, the Black Country photographer has compiled all of the images from his music photography for a new book. Titled Pop, it includes over 160 record covers from more than 100 bands and musicians (many which are previously unpublished), including Ian Dury, The Clash, Depeche Mode, Echo And The Bunnymen and Elvis Costello, as well as the aforementioned icons.

To celebrate the book’s release, we caught up with Griffin to talk winging it, star quality and why he feels that when it comes to the creative freedom of image-making, we’re currently living in tedious times. 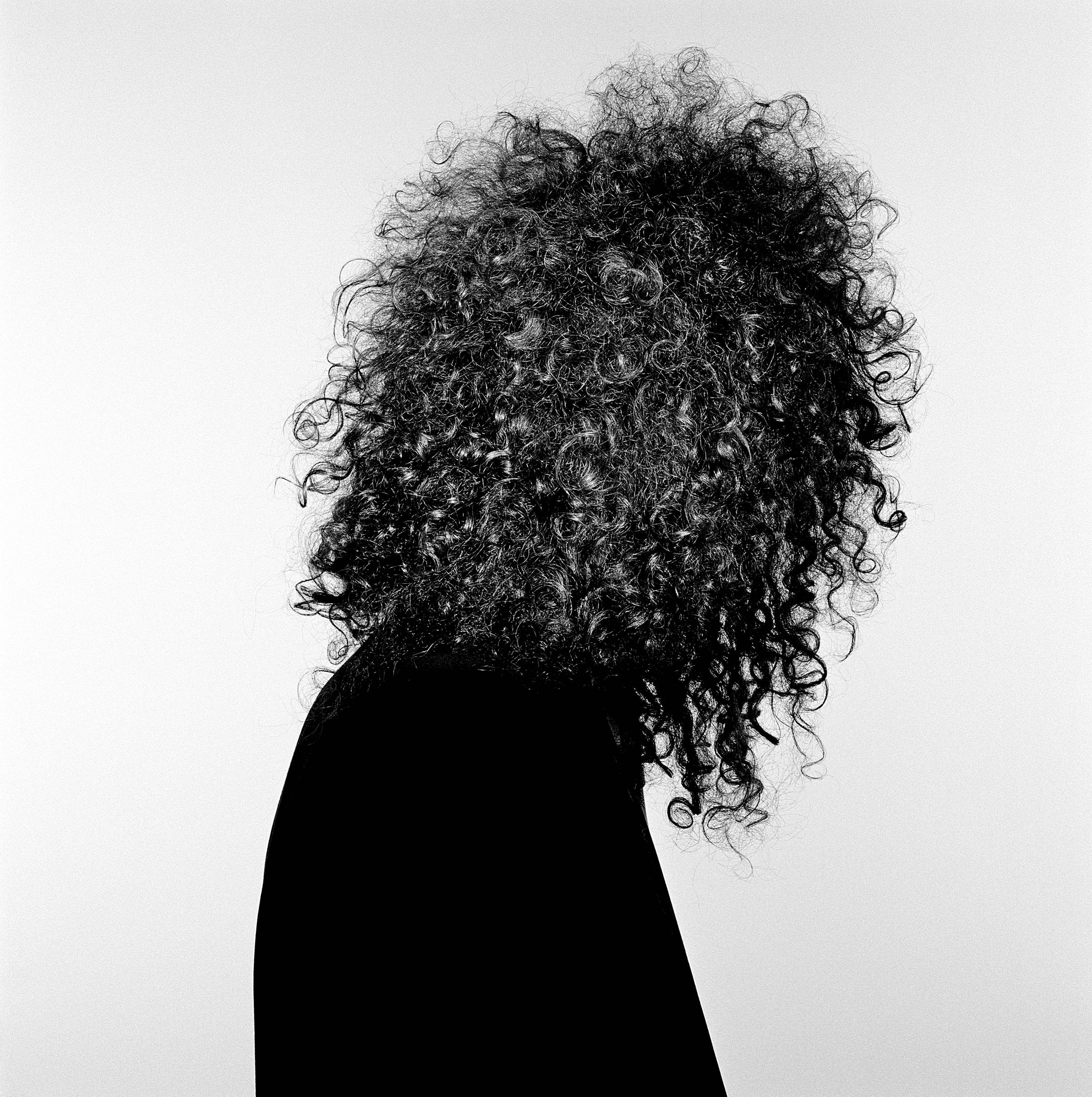 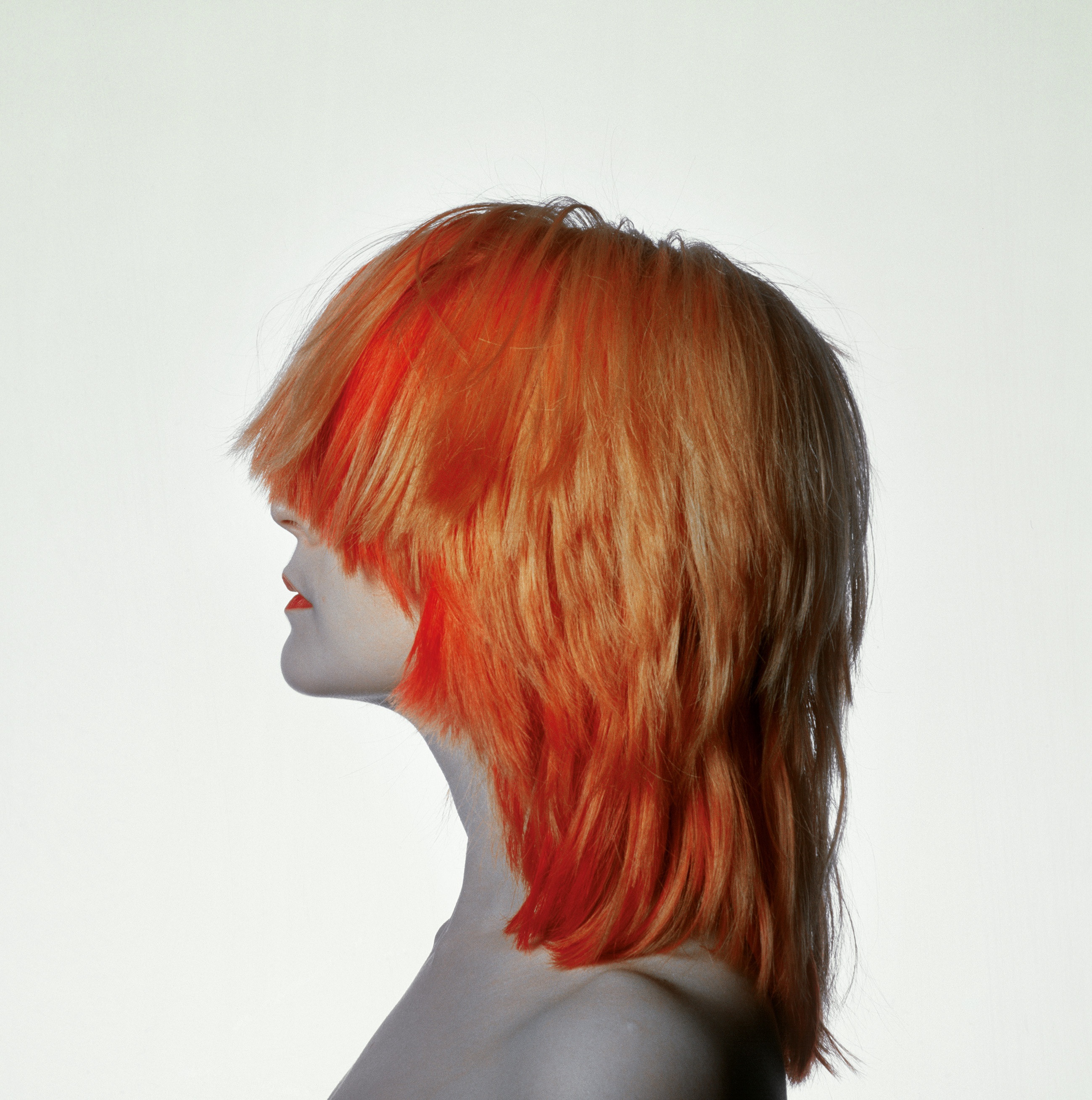 You got your break photographing business executives for the magazine Management Today. How did you make the jump to music?
Believe me, in the ’70s, photographing management was not the high point of photography [laughs]. You were never going to be a David Bailey photographing some accountant. On the other hand, it was very creative, cos there was a job to be done. I was working with some really good people. They were very appreciative of photography, even though they worked on these ‘low-brow’ magazines. It was a good environment to be in – I could remain fairly creative all through those ’70s. Also, as I say in the book, they wore suits like bands wore suits. There was a level crossover.

But, like all the best choices I’ve ever made in life, it was the most basic decision. I liked music, so I just made the basic decision to go to a record company. I looked at Elvis Costello and he wore a suit and tie and that, and I thought, ‘well I could do a good picture of him, he looks interesting with those horn rim glasses’. He looked just like an everyday person, which he was. It was a basic, obvious choice. 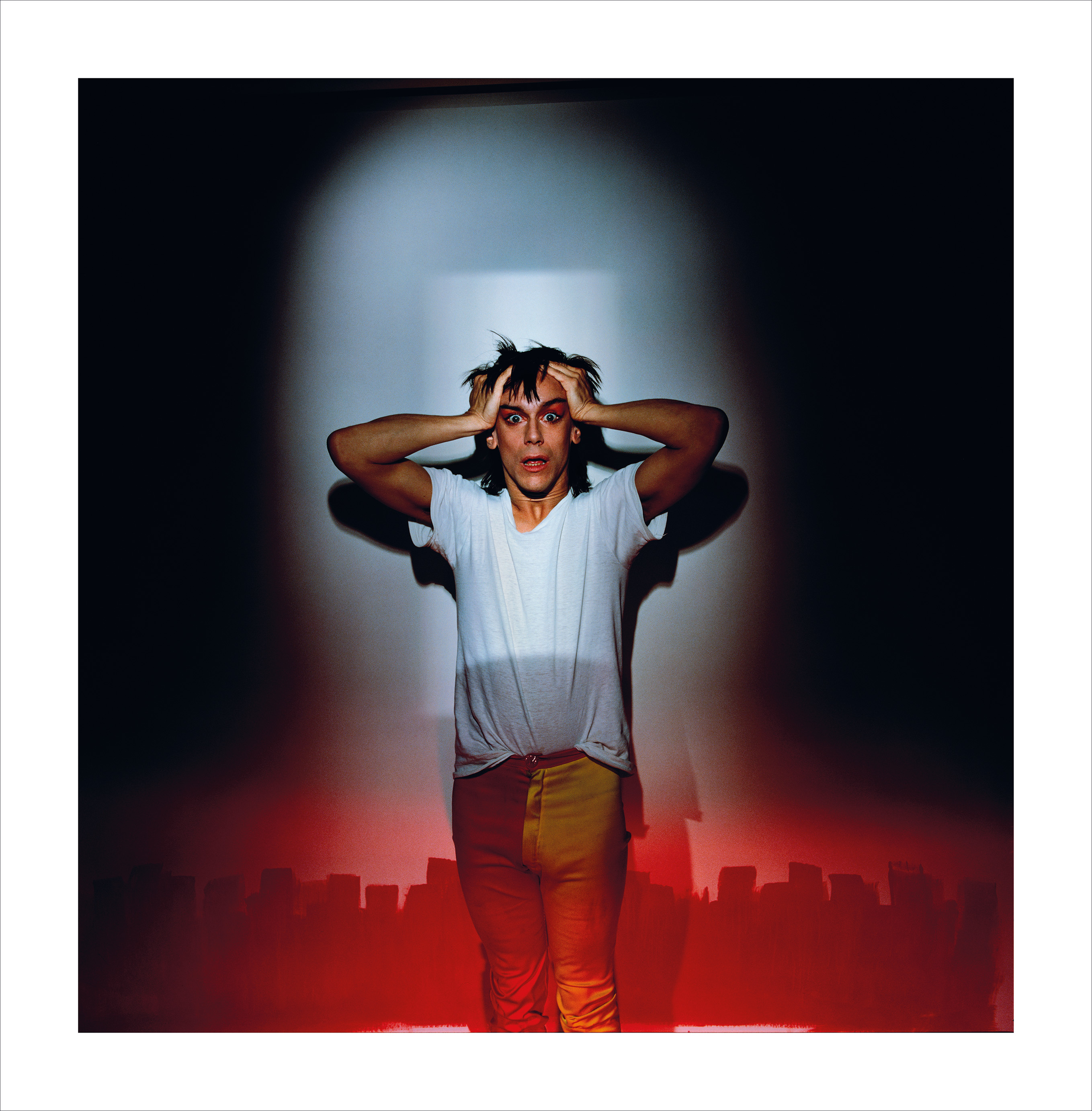 The book is interesting, because it focuses as much on the stars as it does the bands that never quite made it. How did those experiences compare?
I was always just excited about doing record covers. It’s a cliche, but you had 12-inches square and they were everywhere, all your record shops all over Britain. So, all your mates saw your work, everybody saw your work – it was quite for the old ego if you could get a good album cover. It was the days of analogue, this was the major way to communicate with your image making.

You didn’t care if the band was really famous or not. All you cared about was this opportunity to produce a really, really good piece of photography. Didn’t matter if it was Joe Bloggs or Depeche Mode, I was equally excited. I have found, in fact, when I physically came into contact with the lower, medium-level fame bands, they were equally as interesting to spend some time with as the people who extremely famous. In fact, most of the people who were extremely famous were least interesting to be with [laughs].

Did you have a favourite artist or band to photograph?
Lene Lovich, I would say. With Depeche Mode, though I did some press work, I primarily never photographed them. It was image creation, they were never on the covers – I didn’t have to intimately work extensively in a close environment with them, while I did with Lene Lovich. She was amazing – really amazing. She is a victim of that fashion, [of] looking fantastic. I remember watching Francis Ford Coppola’s Dracula, and they’re all styled like Lene Lovich. She looked incredible. 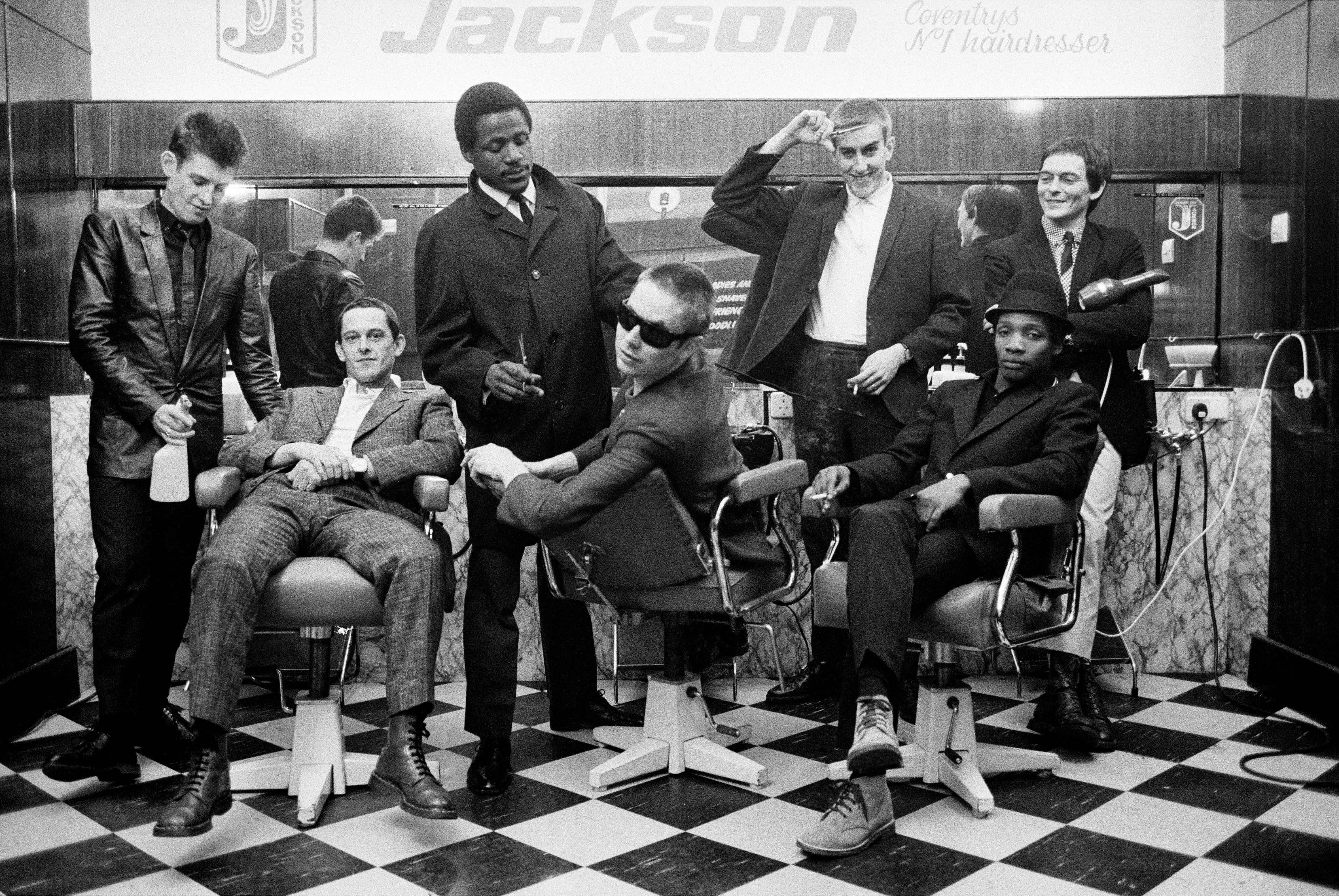 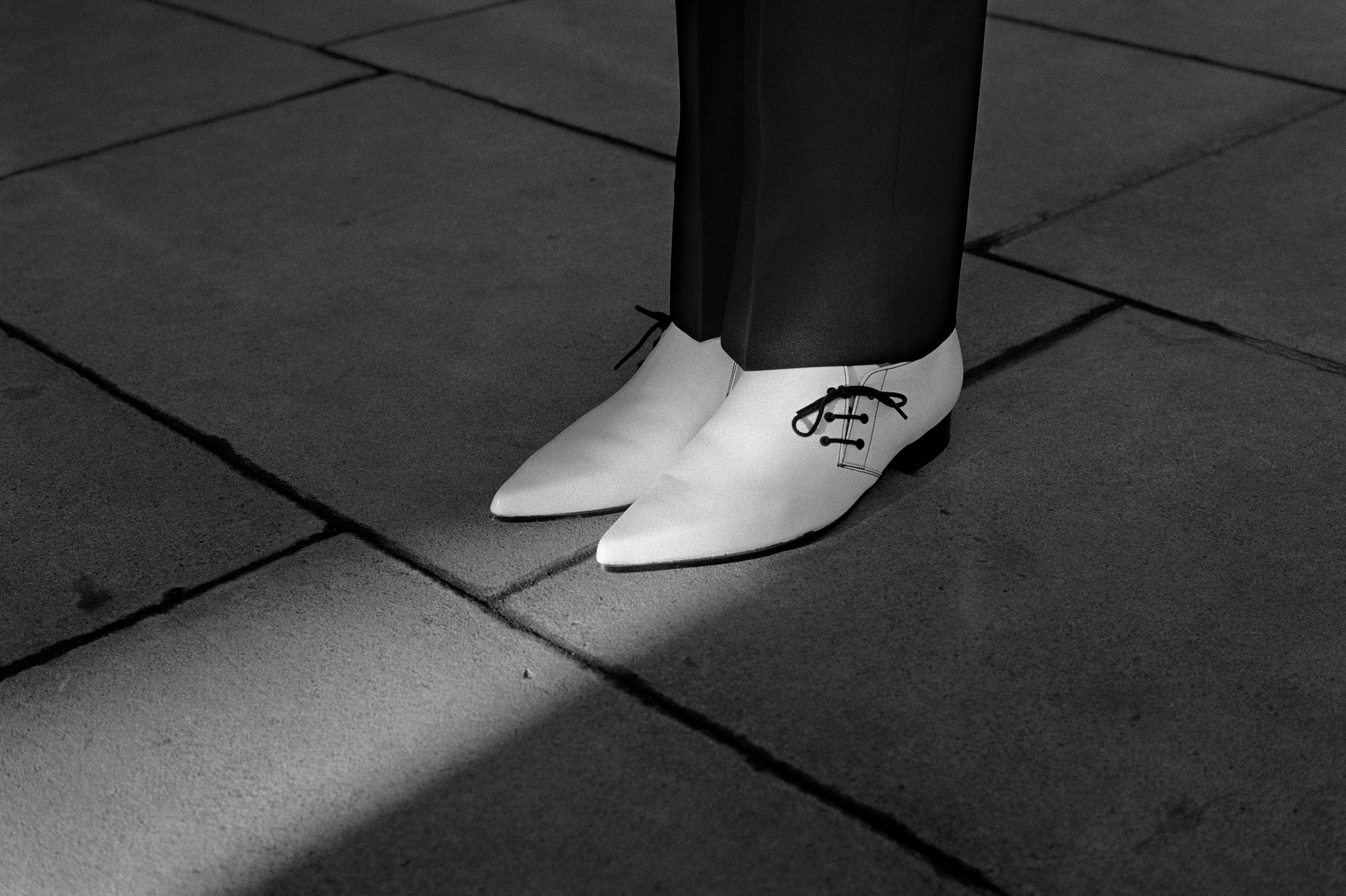 At the beginning of your career, your ‘technical naivety’ often mean that you’d improvise and wing it a little when it came to shoots – it resulted in some amazing, experimental images. Would you get away with that kind of thing now?
Doubtful. We’re living in fairly tedious, boring times in terms of image creation. Obviously, there are always gonna be some isolated cases where stuff is being done in an interesting way, but overall it seems to have been nullified a little bit. But yeah, we made big inventions in that time. Even twanging knicker elastic, it had never been done before in the history of photography.

We were creating stuff through circumstance, like you said – the circumstances being finance and doing it all in the camera, rather than being like, ‘we’ll fix it in post.’ You had to be really inventive. We’d look around the studio and be like, ‘let’s grab that plate, grab that chair, get that lightbulb and we’ll do something with that.’ It had to be really creative, if you weren’t being creative, you’d constantly be turning out really boring images. 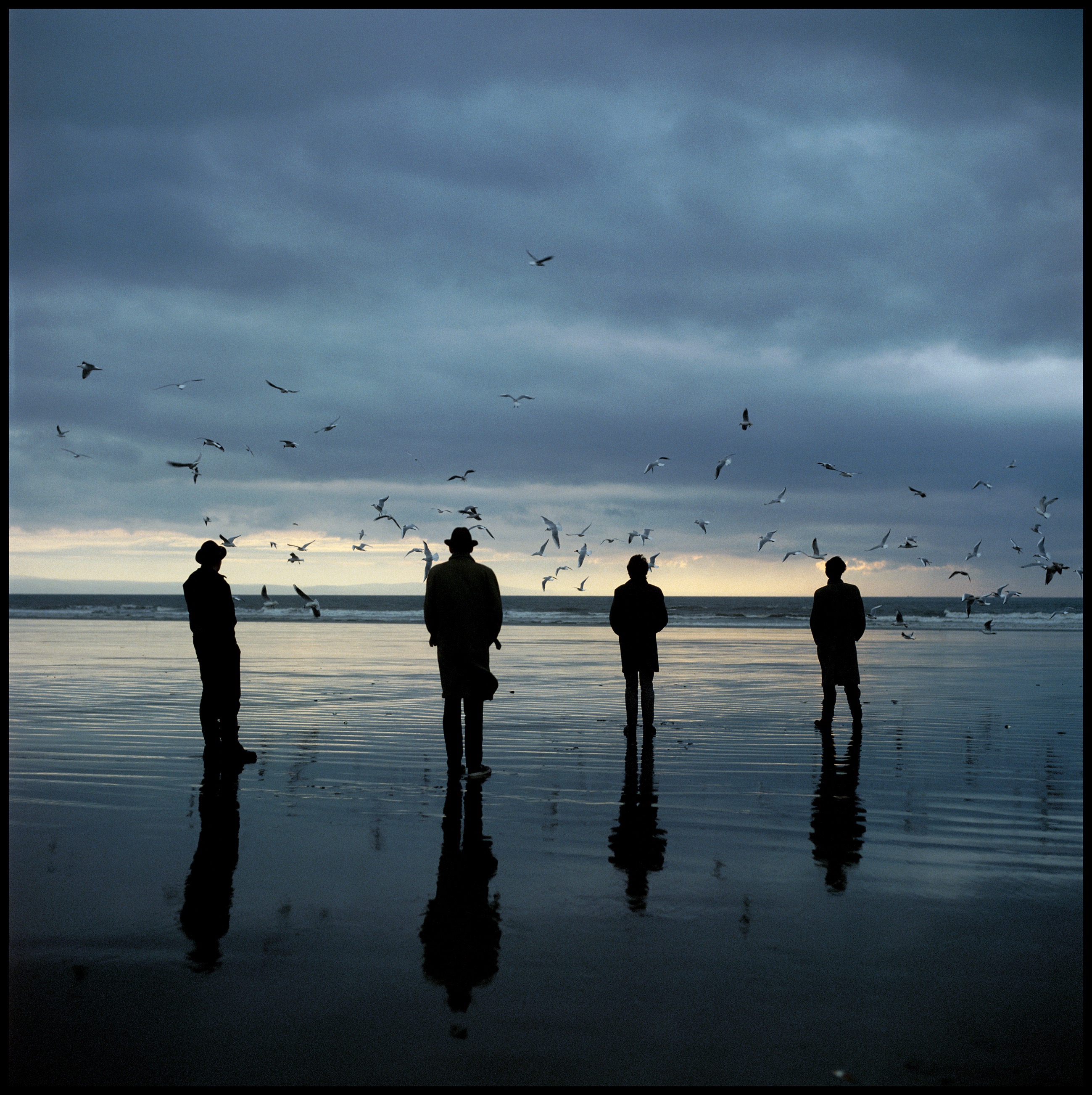 You had to be practical across the board. You were doing everything.
The funny thing now, is that photographers are termed ‘artists’ – which 99.9 per cent of them certainly aren’t. But they all regard themselves as artists. Back then, this early period of the late ’70s, early ’80s, photographers were called photographers. I happened to be a photographer, but I thought it was base-level art – I’d much rather have been a painter, or a sculptor. I thought in the league table of art, photography was pretty low down.

I was a creative person, I felt, I was far more capable than just clicking the shutter. I’d grown up in my late teens engineering, so I was quite good at maths and all that stuff – I found the analogue side of photography quite easy, so that suited me. Secondly, I wanted photography to be more than just capturing something. You could create your own environment, your own set. I’ve always been desperate to make photography more than just being a photographer. We were the dirty raincoat brigade in the ’60s. It was really looked at as pretty low-brow! 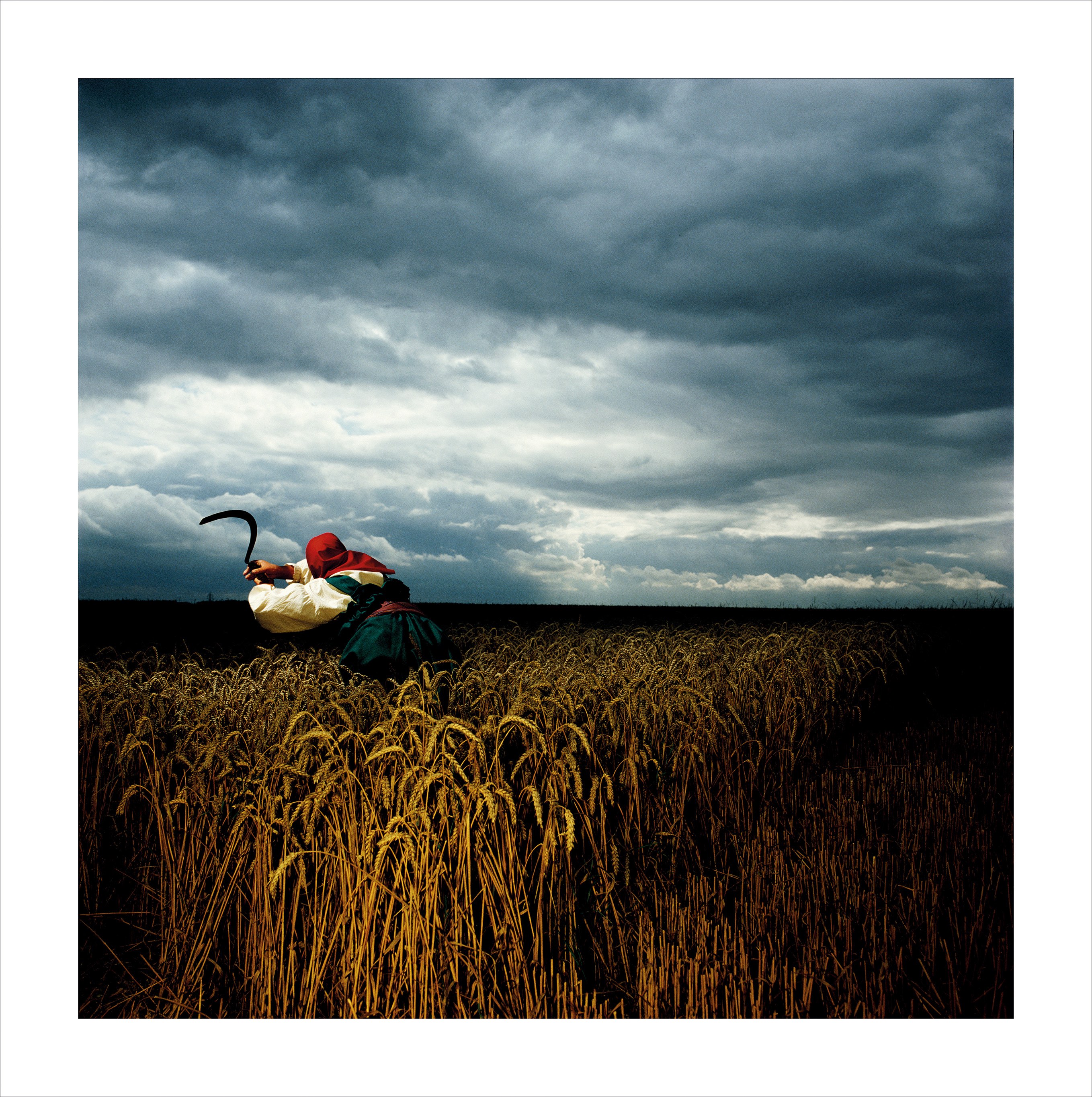 If you could give one piece of advice to a young photographer at the very beginning of their career, what would you say?
Think before you click – and stop looking in the back window. 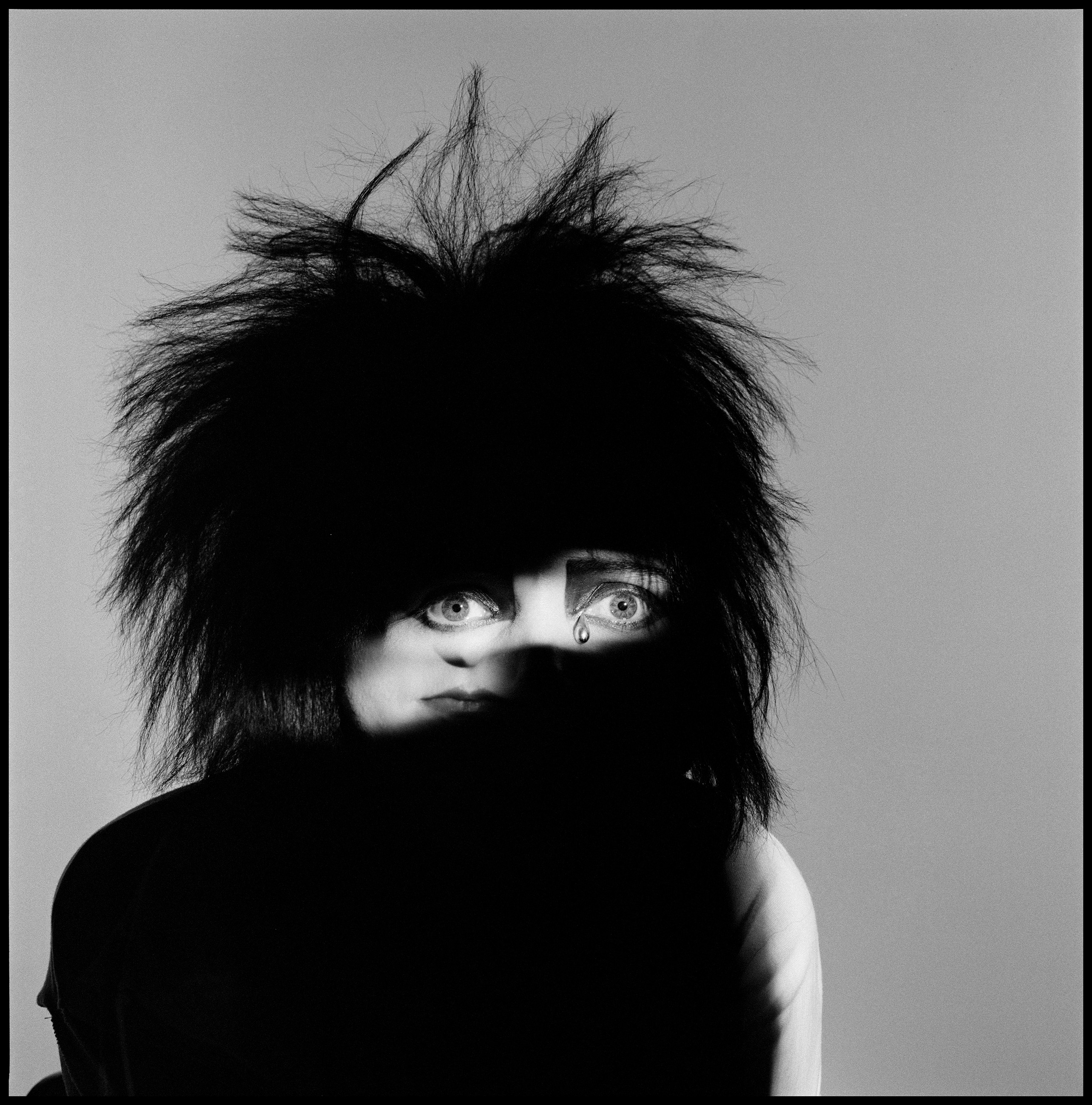 Linkedin
RELATED ARTICLES
OTHER ARTICLES
Writers Matt Foot and Morag Livingstone explore how four decades of collusion between the government and the police have slowly eroded our right to protest.
From the Yakuza to a biker gang, Bruce Gilden recounts capturing Tokyo and Osaka in the ‘90s.
Members of the collective share some of their reasons to run as part of #UnitedBySummits, a campaign that looks to uncover transformative power of the outdoors.
Photographer Phyllis Christopher recalls capturing sex and protest at a time when the city had become a haven for the queer community.
To mark the anniversary of the mass trespass of Kinder Scout, a group of hikers came together with the intent of creating a new, fully inclusive culture for rural spaces.
In the latest OFFF Dispatch, the enigmatic designer dives into his process, connecting the dots between his unique and varied creative output.