Art & Culture / Photography / Why bringing instant photography back is not Impossible 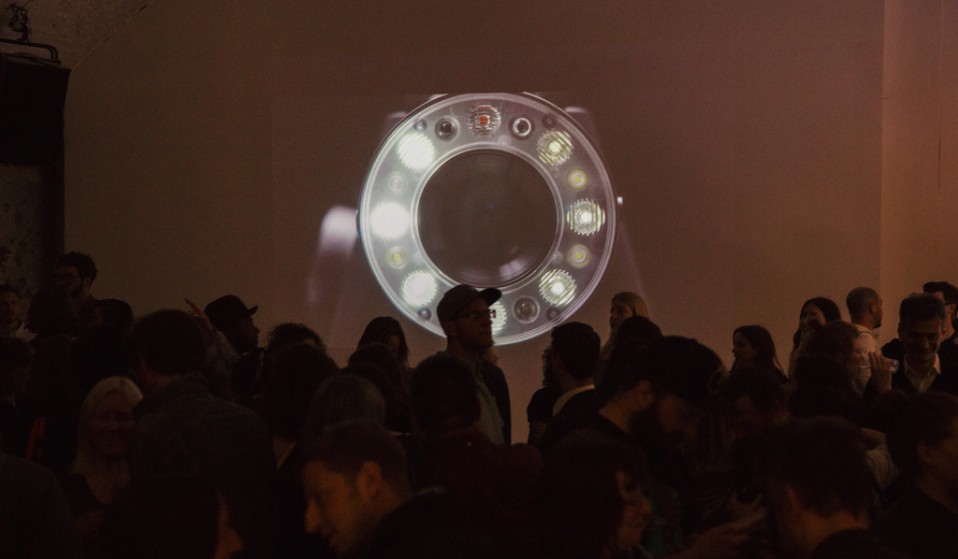 In 2008 Polaroid were on the verge of burying instant film when Impossible stepped in before the last nail went in the box. With no clear formula to follow, the Impossible Project has kept the spirit and nostalgia of Polaroid alive. Instant photographer Oliver Blohm tells us how the I-1 camera is putting the modern into the old.

In a Shoreditch warehouse the launch of the new Impossible I-1 camera is taking place. The interior brick walls of the compound host images from various photographers – all shot on instant film. The passé quality of polaroid-style shots is a time-honoured token of a period where there was no click and delete after taking a photograph. It’s a reminder of the material photograph rather than the digital file.

Impossible I-1 features an app where all the controls possible on a professional camera are applied. Everything from flash to aperture can be controlled and with manual mode subtle adjustments are possible, so in one sense it’s not just a point-and-shoot camera. It’s old school but the introduction of the app has made it a practical medium for professional photographers.

German photographer Oliver Blohm has been shooting analogue for a long time; he has worked on various projects from microwaving photographs to shooting editorial. For Blohm it’s not about snapshotting an image, it’s about creating one. His collaboration with Impossible began by chance back in Berlin  – after he struck up a conversation with a like-minded photographer who was doing workshops with Impossible.

What’s the most gratifying thing about instant film?
It’s the possibility to create something unique. With every picture you take you will get something different; one big opportunity or emotional factor is that you have a real picture to hand, and not an artificial, digital file that you have somewhere on your hard drive or memory card. It’s something you can see after a few seconds, or a few minutes, and you can base your next step on the real image, not on the digital file, where you know you will work a lot with Photoshop after it. 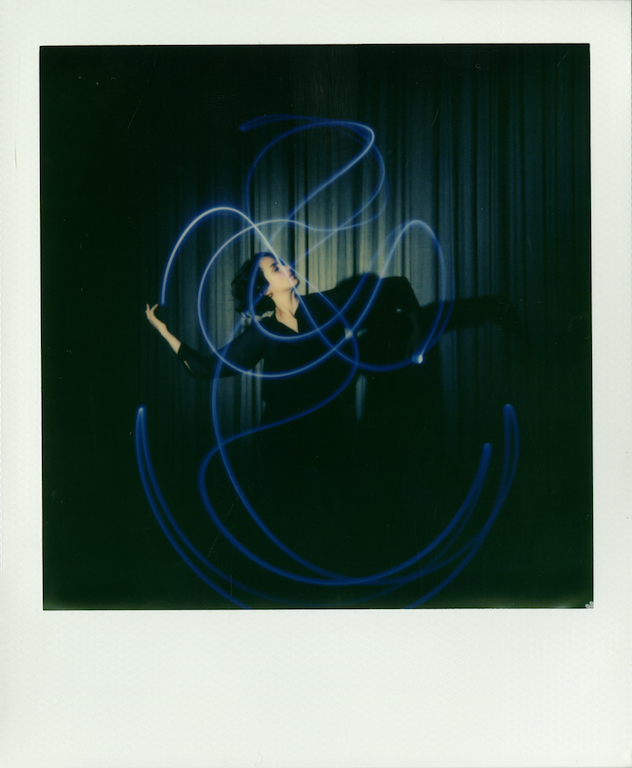 Some of your work is displayed here – it’s very artistic. What do you hope people will see in your images and how will that translate to them using the camera?
I think people will need to study a little bit further. The selection that was made by the makers is a very wide one. When you are here you can see very different images and I think my aim in all of my pictures is that you can see that it’s not a snapshot – it is something that is created by something. It’s something that is, on the one hand very artistic – it can be very intimidating, very spontaneous but on the other hand very focused, concentrated and prepared. 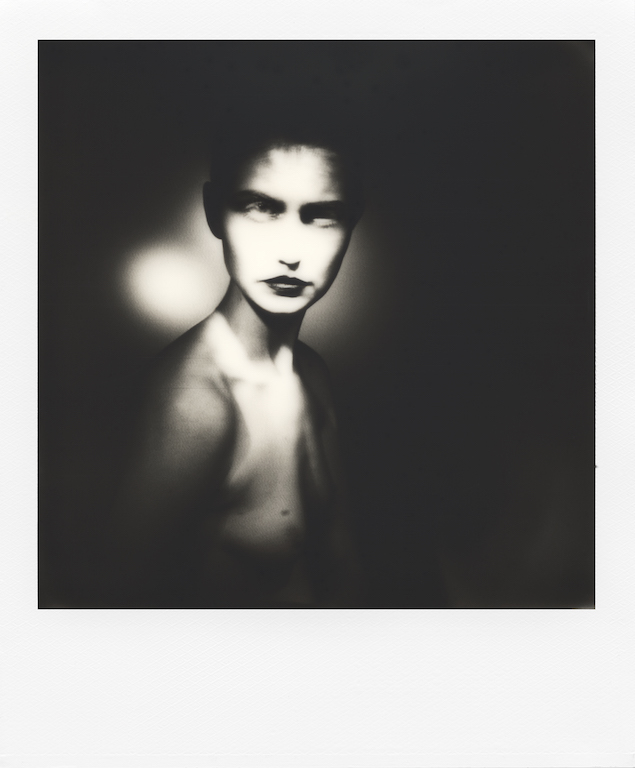 How relevant do you think instant film is in this digital age?
I think it’s an important thing. I have the feeling that people get bored by this super-fast developing, technical thing that is going on in our society. When you see here around the corner a market with food and everything is self-made and prepared – people want to get something real again. The hashtag is #makerealphotos – that’s the point of instant film and Impossible in our society, because it’s real. 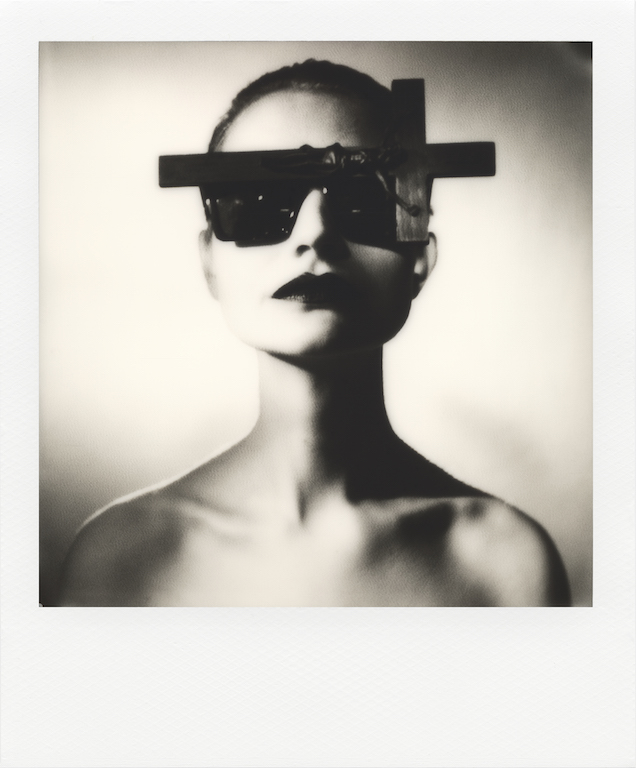 What is special about photographs made with the I-1?
For two years I worked with 8×10 photography. At first the I-1 felt like a toy but getting closer and closer with this camera, the app and manual control mode I realised that it’s technically not that far away from an 8×10 camera – I have all my controls, I can set the focus, flash, shutter speed and aperture. It’s smaller. For me it’s the same kind of manual and handcrafted work and building a picture instead of snapshotting. 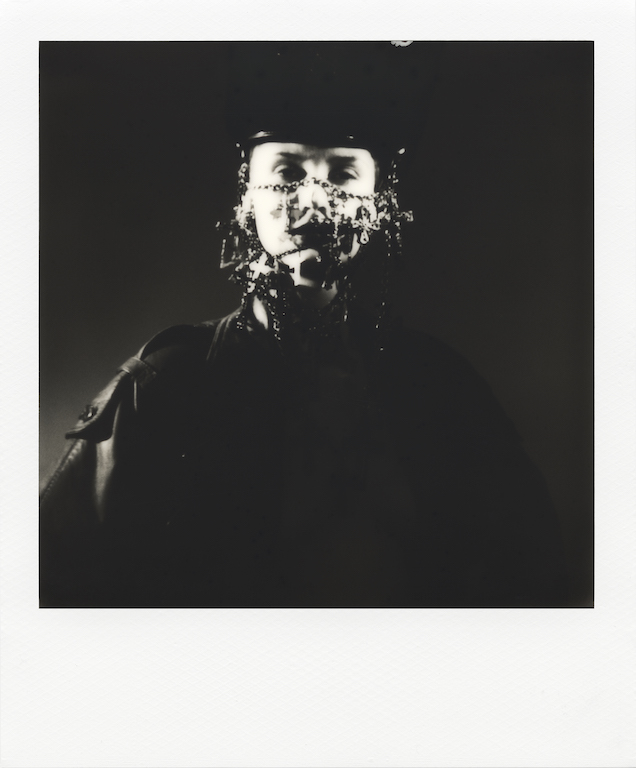 Polaroid and instant film have a very distinct place in history. Why is it important to keep it alive?
There are a lot of things in history – I think we need to keep history alive, on one hand to learn from history and on the other hand there are a lot of really beautiful, impressive, important things made in history – beginning from furniture, from fashion design, from design in general to a handmade picture. Photography started with handmade photography and a real picture to hand; it’s good that it’s still alive because even if it’s not the beginning of photography it’s a part of the beginning. 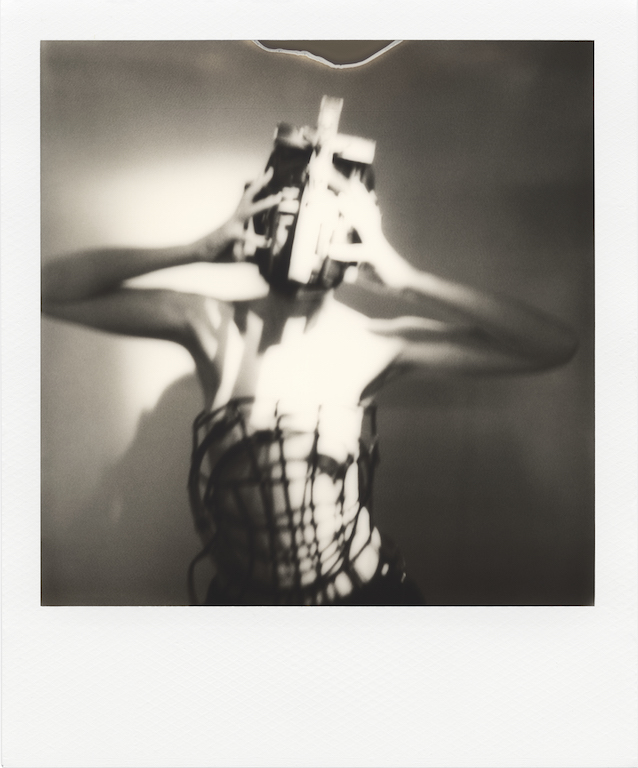 It’s kind of like how vinyl’s made a comeback…
Yes. I have a vinyl player and a lot of vinyls and I would say I hear the difference from a CD or computer to vinyl. When I come home it’s like I don’t need to turn on my computer, I don’t need my iPad, I don’t need my smartphone. I just go home, put my stuff on the ground, go to my vinyl player, open it and put the needle on the player. Then it’s on. There is just one button that turns on the receiver and the only other step is to slightly put the needle on the vinyl and then there’s music. There’s no waiting time, no loading time, no electricity, no light. It’s just what it is. It’s music. It’s not an equaliser. It’s on the point. It’s like an instant photo – you make it, you wait for it, you get it and that’s what you have.

Linkedin
RELATED ARTICLES
OTHER ARTICLES
The author discusses the all-consuming nature of heartbreak, and turning the experience into an incisive exploration of love and loss.
Wealth inequality and the rising cost of socialising is placing a strain on people’s relationships, reports Eve Upton-Clark.
Photographer Matthew Brookes recalls following a group of young people in Venice Beach living in search of the perfect wave.
Photographer David Hoffman recalls documenting the extreme wealth inequality around Tower Hamlets and Hackney int the 1980s.
Whether it's partygate, the climate crisis or the spiralling cost of living, the fightback begins on the picket lines writes Tommy Vickerstaff
In the latest instalment of Photographers in Conversation, the chronicler of raves, protests and beyond explains why he’s drawn to such specifically visceral environments.