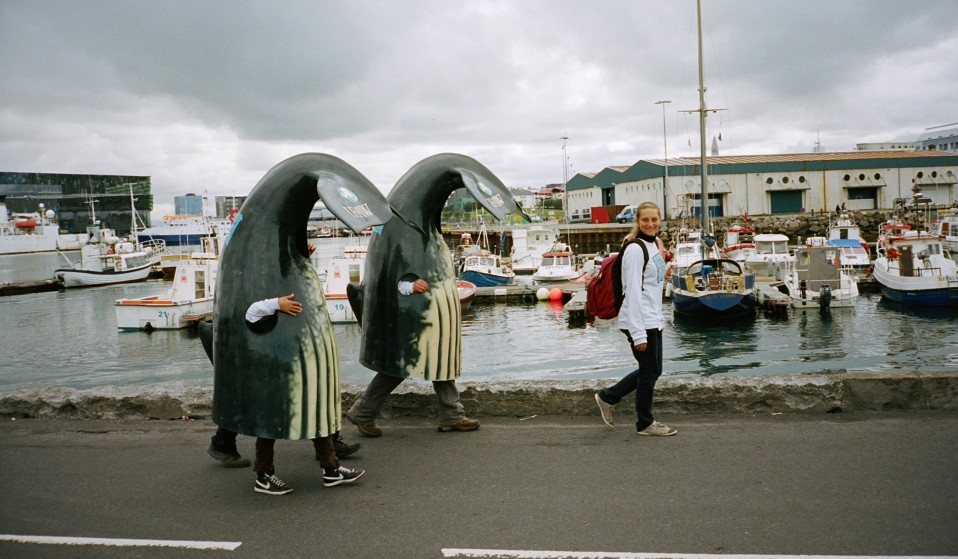 Writer and director Stephen Leslie is blurring the lines between the real world and make-believe with his new photography and short story book, SPARKS.

Are you an avid people-watcher? Do you like to sit and watch the world go by, wondering where people are marching off to, getting lost in the mystery of their lives?

Stephen Leslie does – and he’s created a whole book which offers back stories to the passing characters and fleeting glimpses of lives we see on the street.

With Stephen’s background ranging from directing and screenwriting to photography, it is easy to see how SPARKS came to fruition. Combining the weird and the whimsical, it promises a comic insight into imagined lives by taking inspiration from photographs he’s taken– resulting in short stories and new worlds. 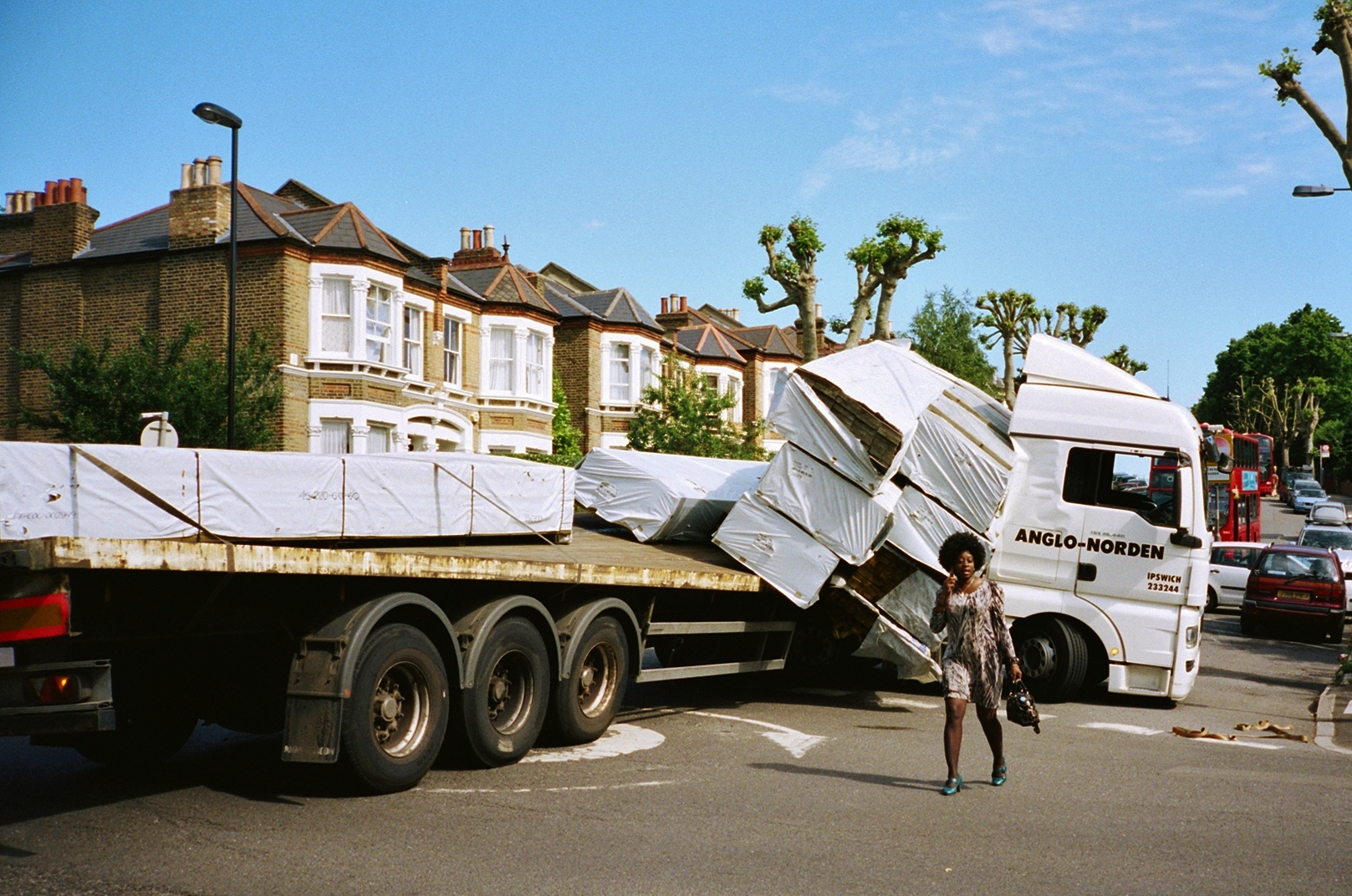 “Street photography means that every time I leave the house I haven’t got a clue what I might end up photographing and I love that,” says Stephen, who has been taking photos for over two decades. “Gradually I came to appreciate that many of my favourite shots were suggestive, they acted as the starting point or ‘spark’ for an extended narrative”, he continues. Five years ago he decided to start writing short fictional stories to accompany his real life shots.

Thus became SPARKS. “My career as a screenwriter means I’m always thinking about characters and interesting narrative situations, and I’m very fortunate that I’ve now found a way to combine that with my photography,” Stephen says. 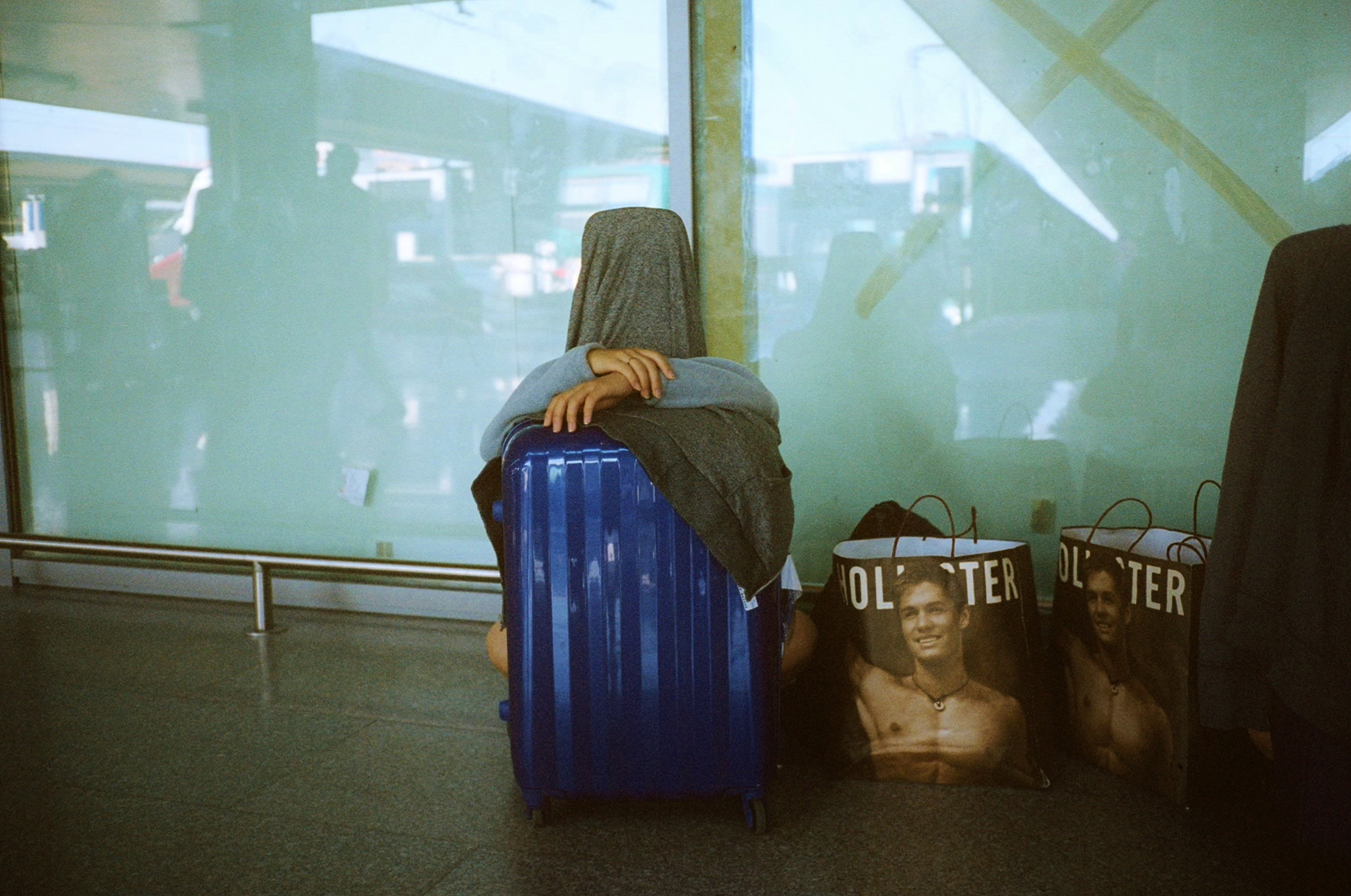 Extending a tradition which spans history – from William Blake’s poetry and illustrations to the picture books we read as children – Stephen finds photography an instantly gratifying antidote to the world of film-making, and the perfect complement to written words.

As his website explains, SPARKS aims to “match photographs with convincing lies that complement and, even possibly, explain the images.” This emphasis on photography offering a portal to “truth” has led Stephen to reconsider whether or not pictures snapped on the street really do this, or instead provide a misleading relationship with reality. 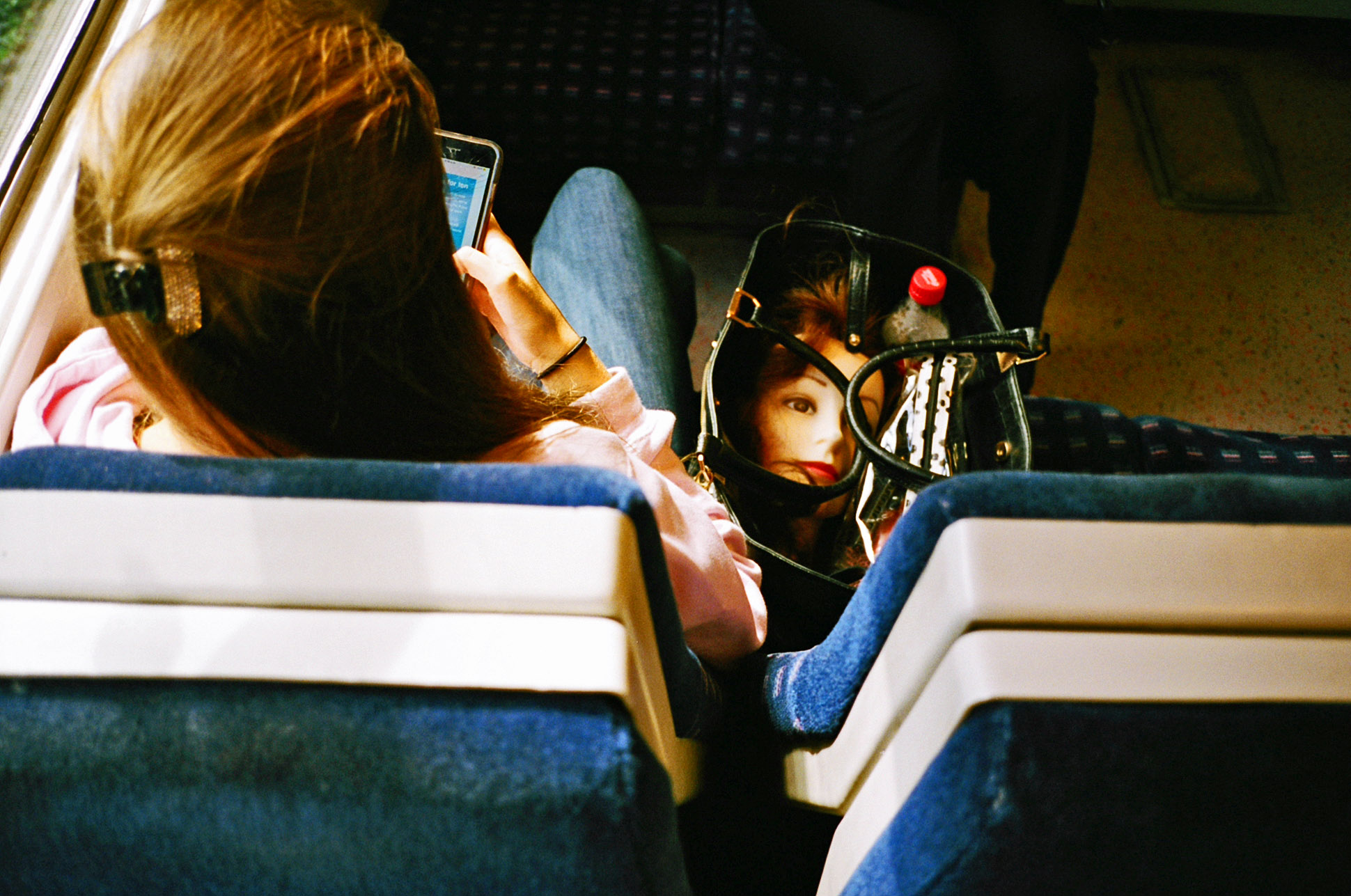 “Street photography gains a lot of its power by taking images out of context. When I take photographs I don’t really know what’s going on – I rarely interact with my subjects and neither does the viewer,” he says. “So now what I’m doing is providing fake contexts for my supposedly ‘real’ images and I enjoy the new, hybrid thing that this creates.”

From the lonely tale of Mr Biscuits the dog on a blind date to the unpredictable actions of a chiropodist who fantasises about becoming a pirate, the stories are amusing, longing, delightful and absurd. Revisiting one of the photographs after reading its pretend back story forces the reader to think twice about their original perception of the picture, colouring it in a very different light – and there lies the joy of the combination. 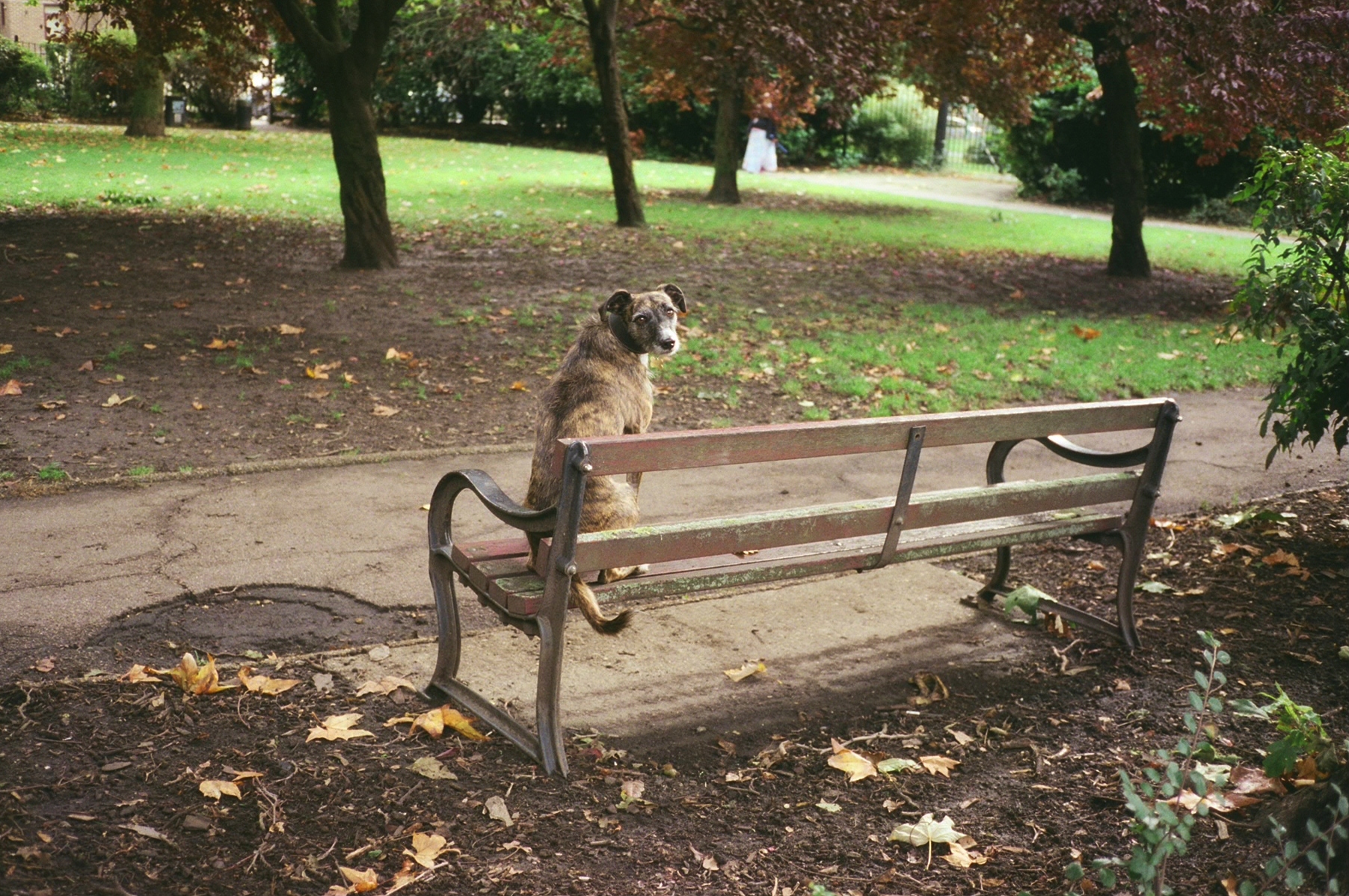 Exploring new realms of the age-old relationship between literature and art, Stephen Leslie is bringing still images to life, whipping up a whole new world in the process.

You can pledge to SPARKS now.

Linkedin
RELATED ARTICLES
OTHER ARTICLES
AI companies that develop image-generators using copyrighted artwork from the internet are coming under fire from artists who say that it amounts to theft.
The action took place in response to the 200 asylum-seeking children who were placed in hotels run by the Home Office who have gone missing.
After building his reputation covering the US civil rights movement in the 1960s, the photographer went on to produce some of the most enduring images of the past century.
A new film from Berghaus traces the story of Adam Raja, who left behind a turbulent upbringing to discover the healing power of climbing.
At his West Bank restaurant, Fadi Kattan established himself as the voice of modern Palestinian cuisine. Now, he’s bringing his innovative, bold flavours to the UK’s capital.
A recent High Court ruling against the right to wild camp in Dartmoor National Park sparked the largest land protest in history – and campaigners say their fight is not over yet.