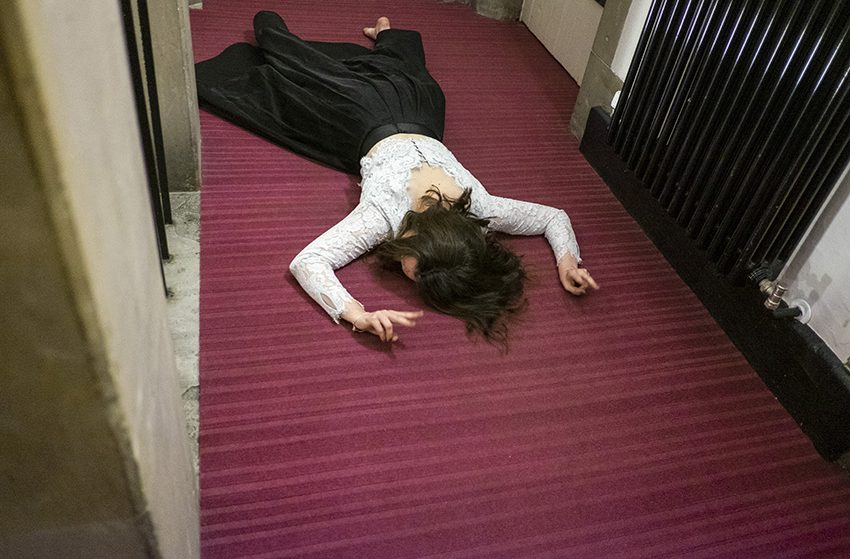 In his work, Ian Weldon exposes the endearing strangeness of weddings – documenting the odd little moments that most others miss.

In his work, Ian Weldon exposes the endearing strangeness of weddings – documenting the odd little moments that most others miss.

Ian Weldon first started photographing weddings as a way to make extra money to fund other projects. However, from the get-go, his approach was far from traditional.

Rejecting the methods usually favoured by ‘wedding photographers’ – family members and guests queued up, waiting to pose in different arranged combinations – Weldon employed a different tactic. Instead, he shot weddings as they actually were: warm, strange, chaotic affairs, where everyone – and everything – plays an important role.

That was seven years ago, and what began as a side project has evolved into his full-time focus. Now, I Am Not a Wedding Photographer, a new book co-published by RRB Photobooks and the Martin Parr Foundation – plus an accompanying exhibition hosted by the latter – details some of the photos he’s made throughout the years: from scenes depicting the frantic last-minute preparations, to the boozy antics after-hours. 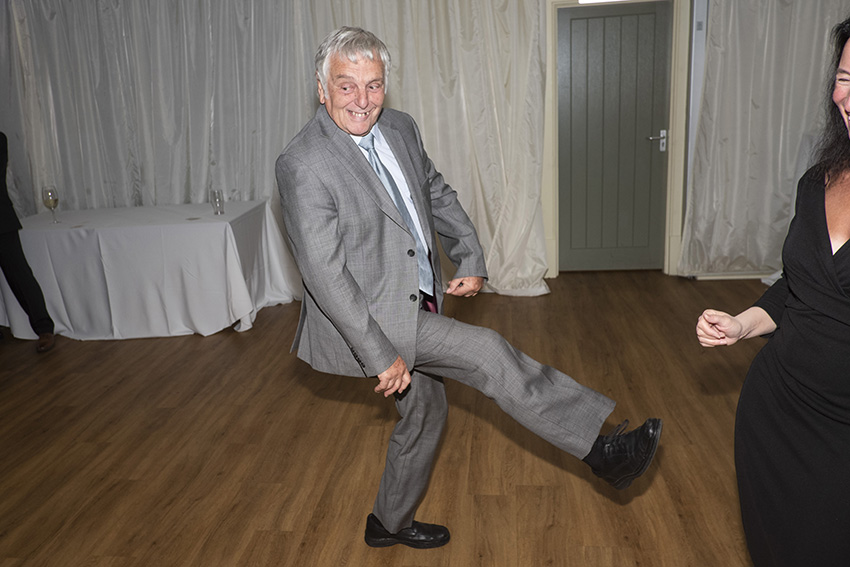 “I think that the photographs I make – the ones that I’m actively seeking – are photographs most wedding photographers would dismiss as mistake,” Weldon says.

“Although they are made at weddings, none are really ‘wedding’ photographs. From a single handful of confetti being thrown into a bride’s face by her grandmother, to the aunties smoking at the side door to the venue, it’s evident that these are not traditional wedding photographs.” 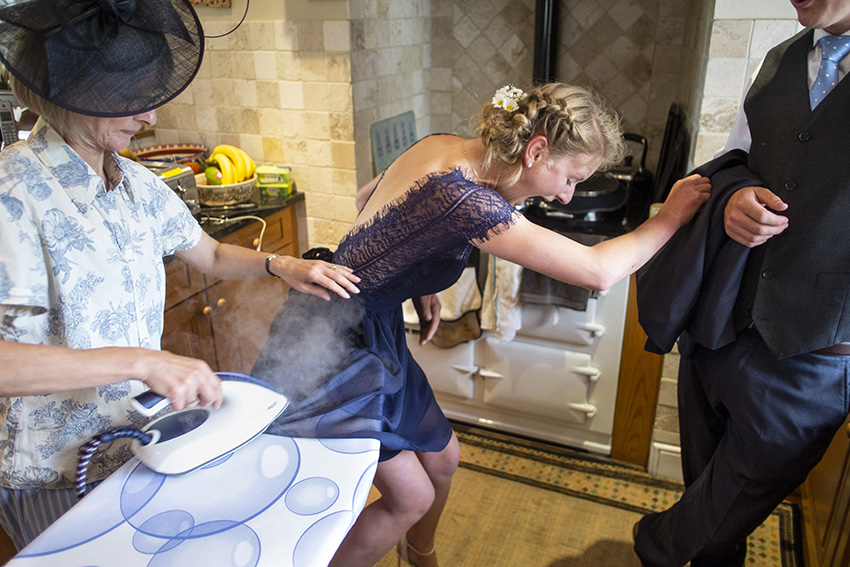 Weldon refers to his approach as “photographic democracy”, where no one photograph is more important than the other. In his mind, a shot of the bride hugging her father carries equal weight to one of “a kid picking their nose”. Towing the line between being both “utterly serious” and “utterly ridiculous”, I Am Not a Wedding Photographer explores Weldon’s love of people – and the strange things that they do when they’re together.

“Even the most drunken of wedding guests show some restraint, mostly,” he says. “There have been the usual arguments, scuffles – a cake was kicked off a table once, and a car crashed into a courtyard water feature – but nothing of real note. It’s just people partying, and I like a good party.” 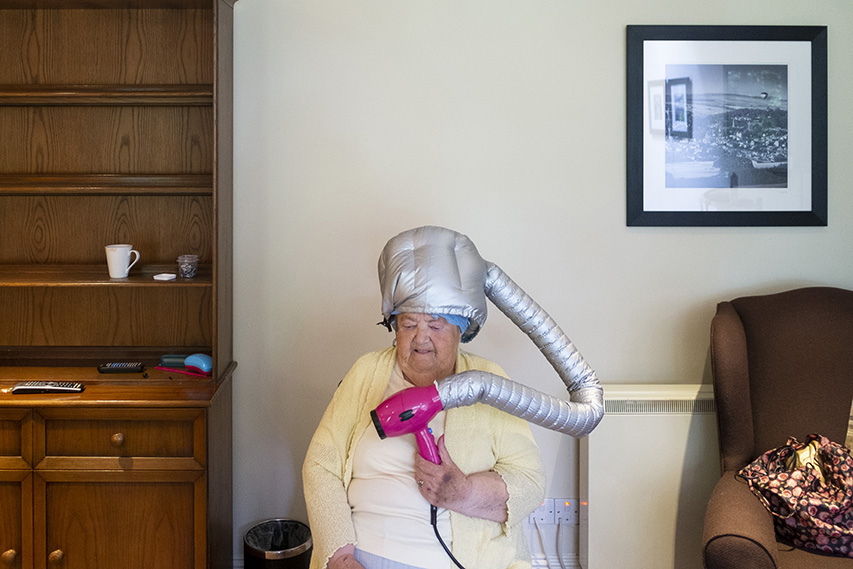 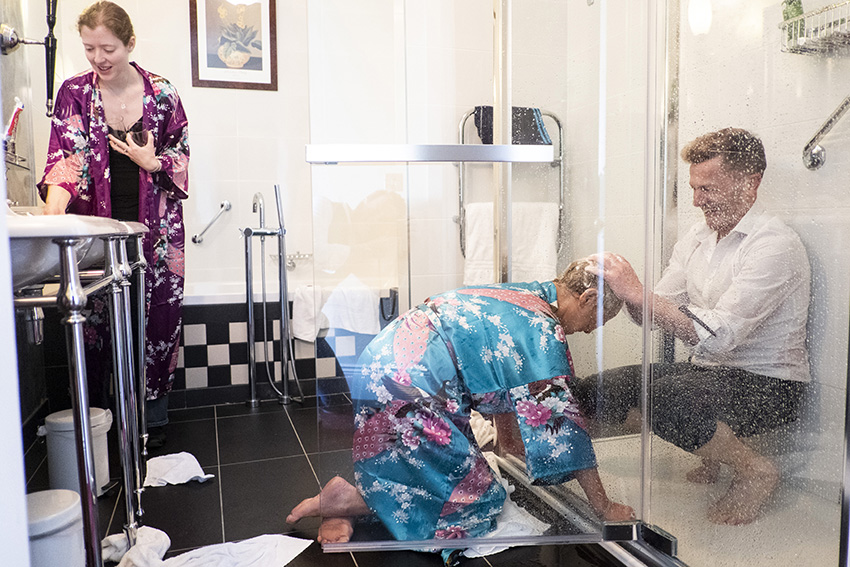 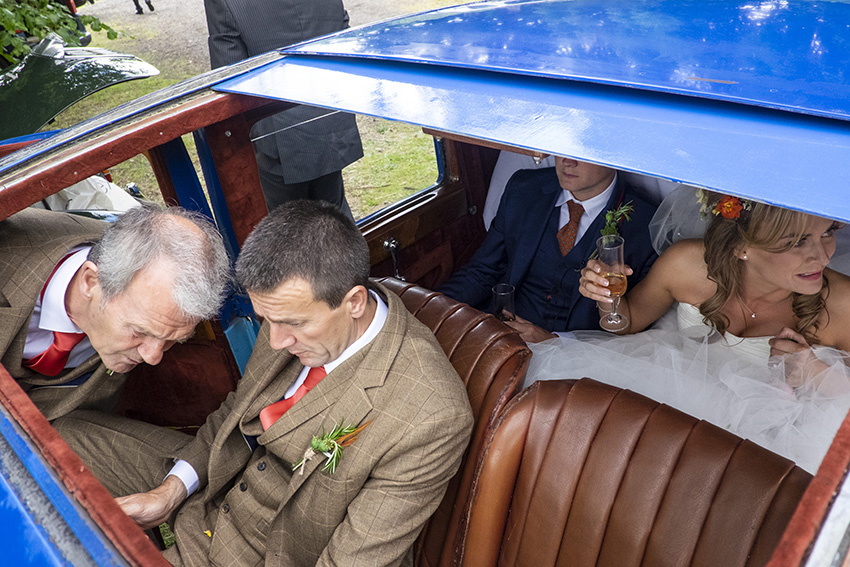 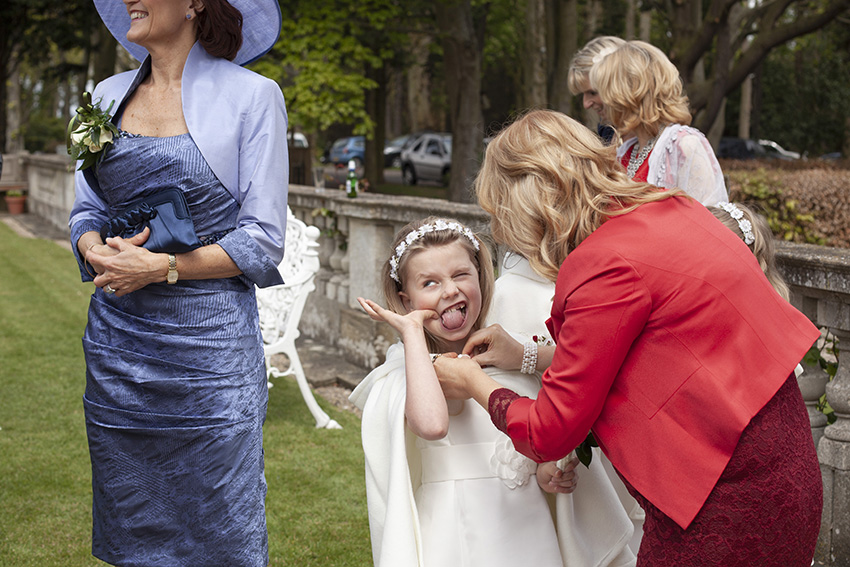 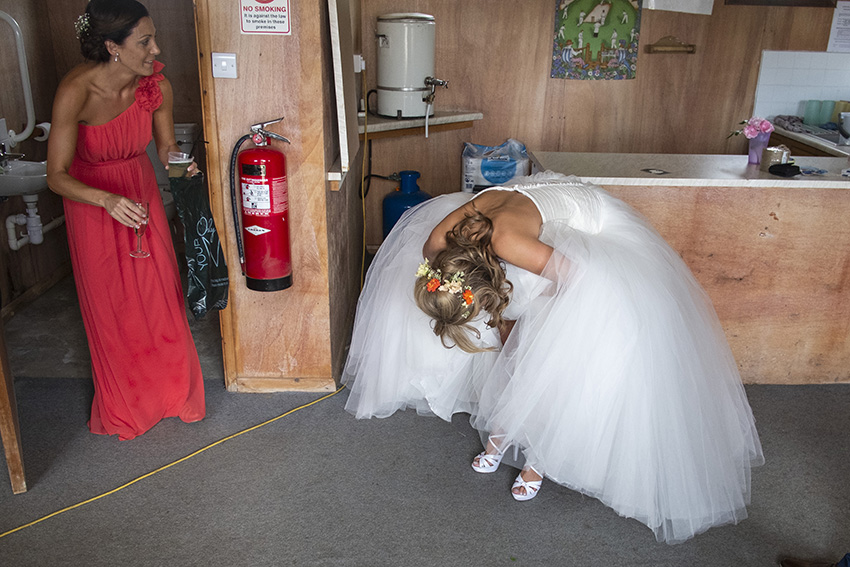 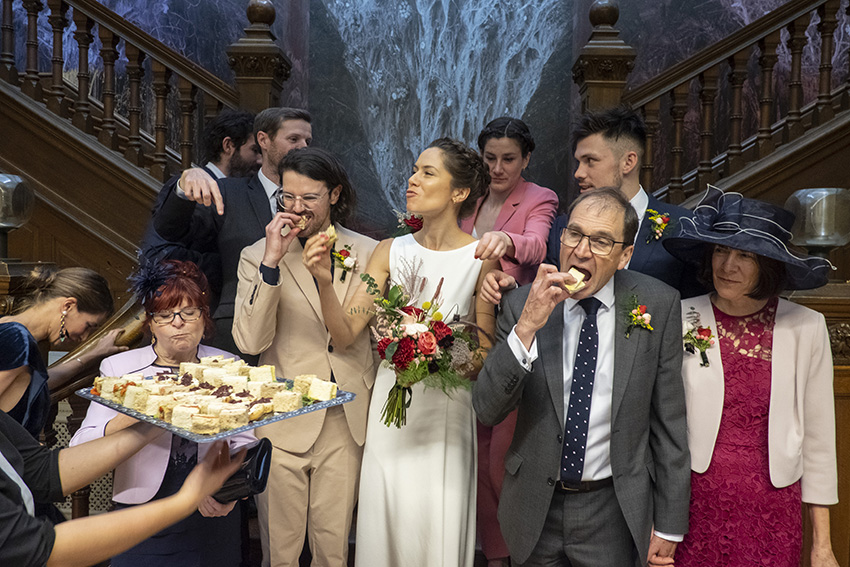 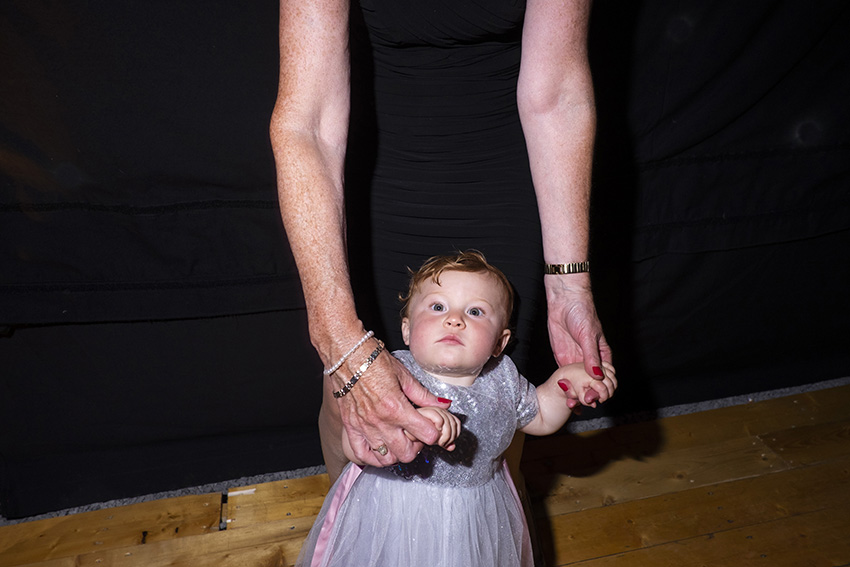 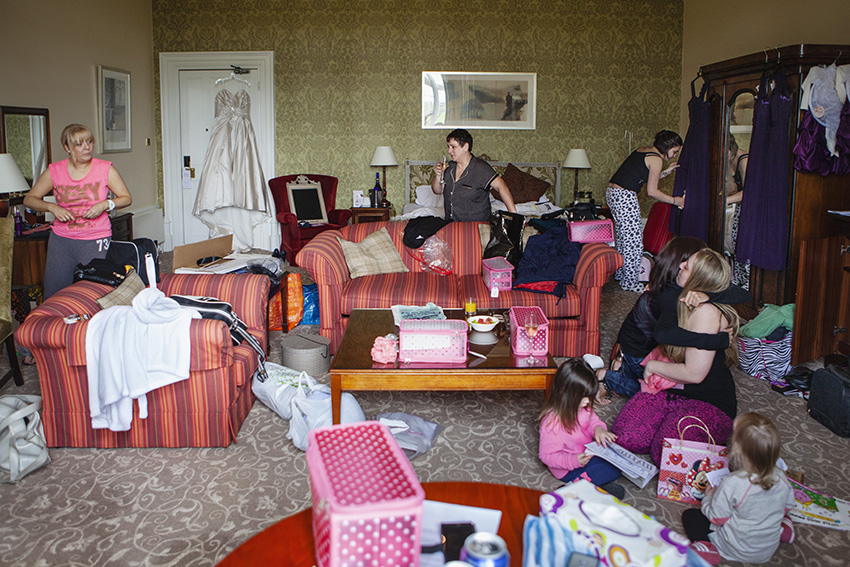 I Am Not a Wedding Photographer is available now from RRB Photobooks. An exhibition of the same name is showing at the Martin Parr Foundation is showing from 26 June – 10 August, 2019.

Linkedin
RELATED ARTICLES
OTHER ARTICLES
Activists and campaigners are fighting back against new laws that would seriously undermine the ability to take industrial action, calling it an attack on fundamental workers' rights.
After building his reputation covering the US civil rights movement in the 1960s, the photographer went on to produce some of the most enduring images of the past century.
From snake handlers to mardi-gras revellers, Tom “TBow” Bowden’s photos provide a snapshot of the wonderful and weird people who make up America.
After fleeing the war in Ukraine, people are finding it impossible to secure affordable and decent housing in the UK.
Yohon Tatum, aka Legendary Father of the House of Tisci, reflects on nurturing a new generation of talent.
A group of aid workers face prison for helping to save people fleeing their homes at sea. If they are charged, it will have a chilling effect on humanitarian efforts.