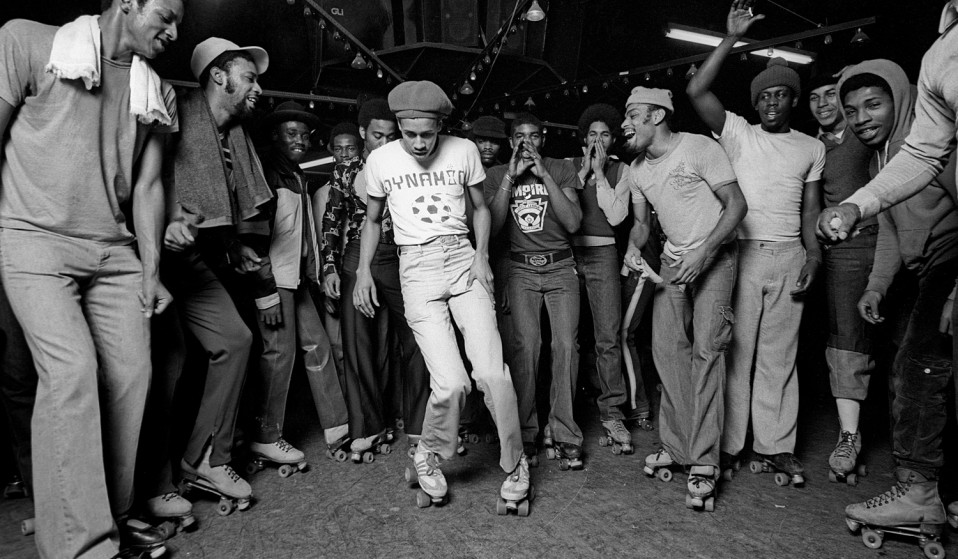 Brooklyn's legendary Empire Roller Skating Center shut its doors for the final time after 60 years in operation back in 2007, but Patrick D. Pagnano's photographs capture the rink in its glorious heyday.

Deep in Crown Heights, Brooklyn, back in 1941, the Empire Roller Skating Center opened its doors to the world. Located across the street from Ebbets Field, back when the Dodgers were the hometown team, the Empire brought the joys of rollerskating to countless generations in its massive 36,000 square-foot space.

By the 1970s, a new style had arrived: roller disco, which brought the uptempo dance music of the nightclubs to the rink. Sound systems were upgraded and DJ booths were installed, while skaters brought their moves, creating a new craze that took the nation by storm.

And, by 1980, the media was entranced. That February, Forbes magazine commissioned street photographer Patrick D. Pagnano to document the scene. “It was the first time I had been to Crown Heights,” he remembers. “Once I entered the rink I was transported to another world and was in my element.” 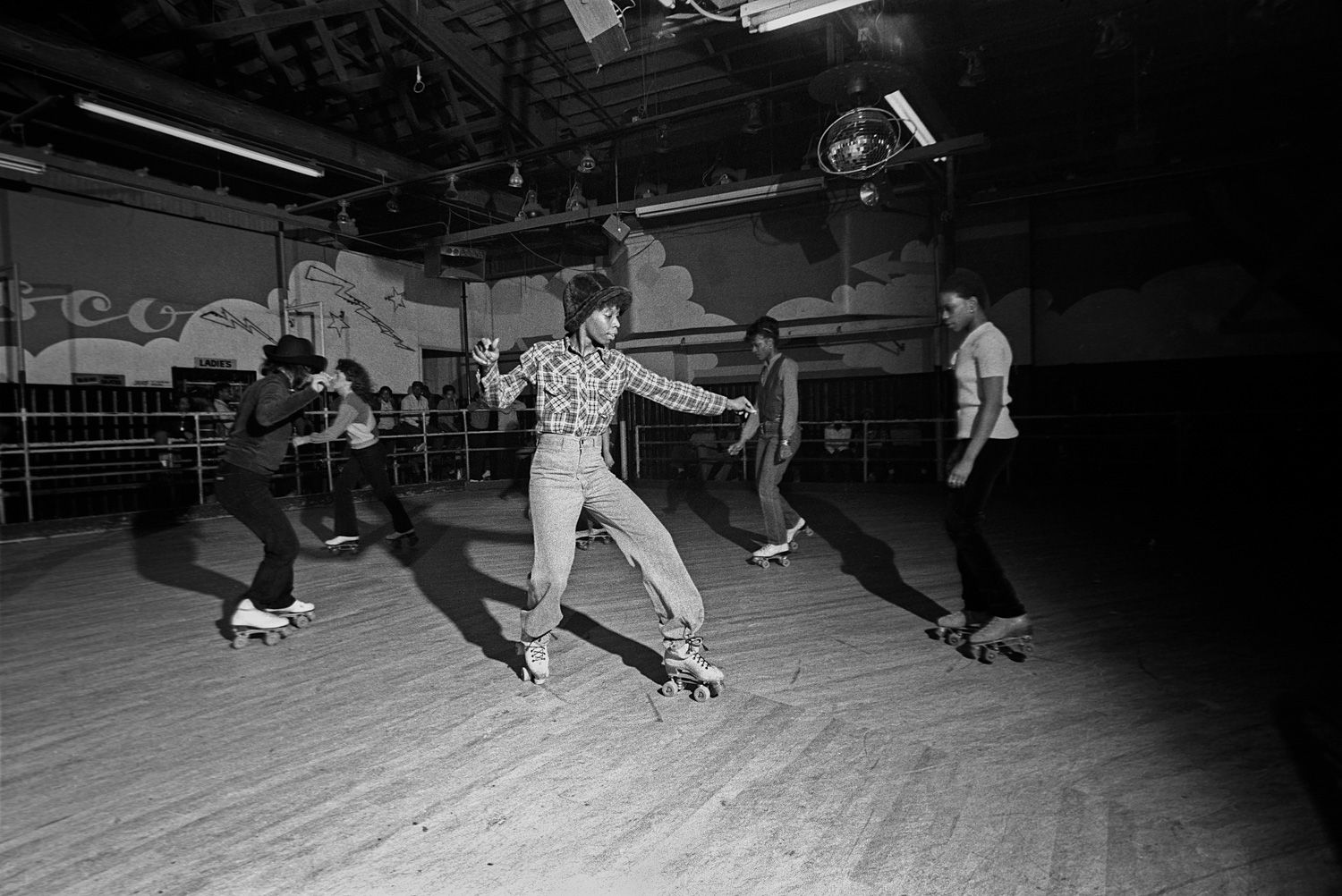 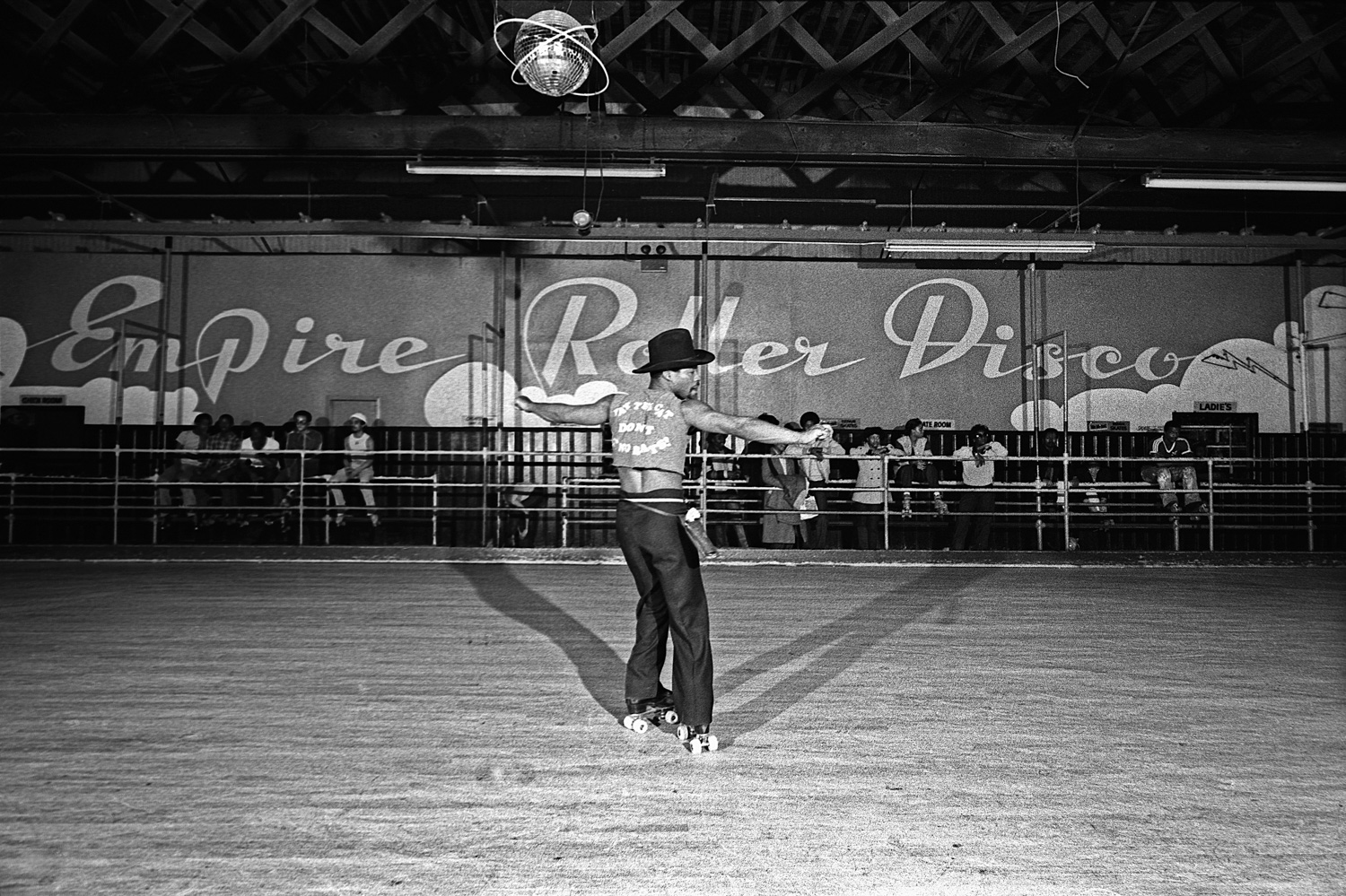 “The skaters, their talents, enthusiasm, joy and sense of abandonment were inspirational and they enjoyed being photographed and revealing their talents to the camera. I shot this series in one evening of intense involvement in the moment. The session was electric.”

Although Forbes actually never ran the story, the photographs are now on view in Patrick D. Pagnano: Empire Roller Disco at Benrubi Gallery, New York, through March 17. 2018. In these exquisite pictures, we take a trip back in time, to the simple pleasures of neighbourhood life and a culture that helped to advance the art of roller disco by creating original styles like the Brooklyn Bounce.

At a time when the Roxy ruled downtown Manhattan and Skate Key dominated the Bronx, the Empire was Brookyln’s premier roller rink. People traveled from far and wide just to be part of the scene, whether to attend children’s birthday parties, join dance crews, or battle other skaters.

“New York in the 1970s and 80s was edgy but at the same time there was a great humanity,” Pagnano says. He honed his skills on the streets of New York, giving him the gift of speed and instinct for capturing important moments just as they occurred. 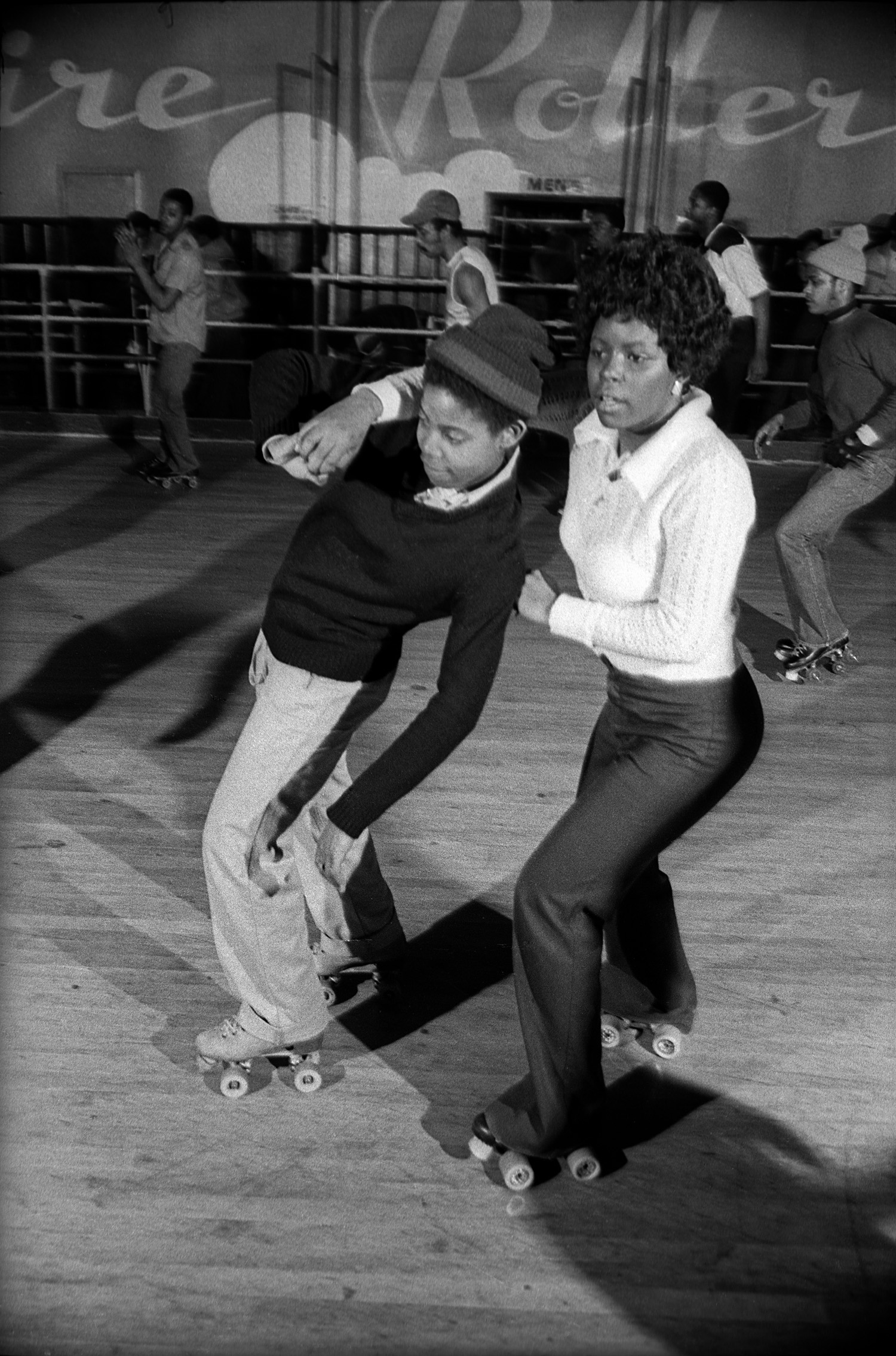 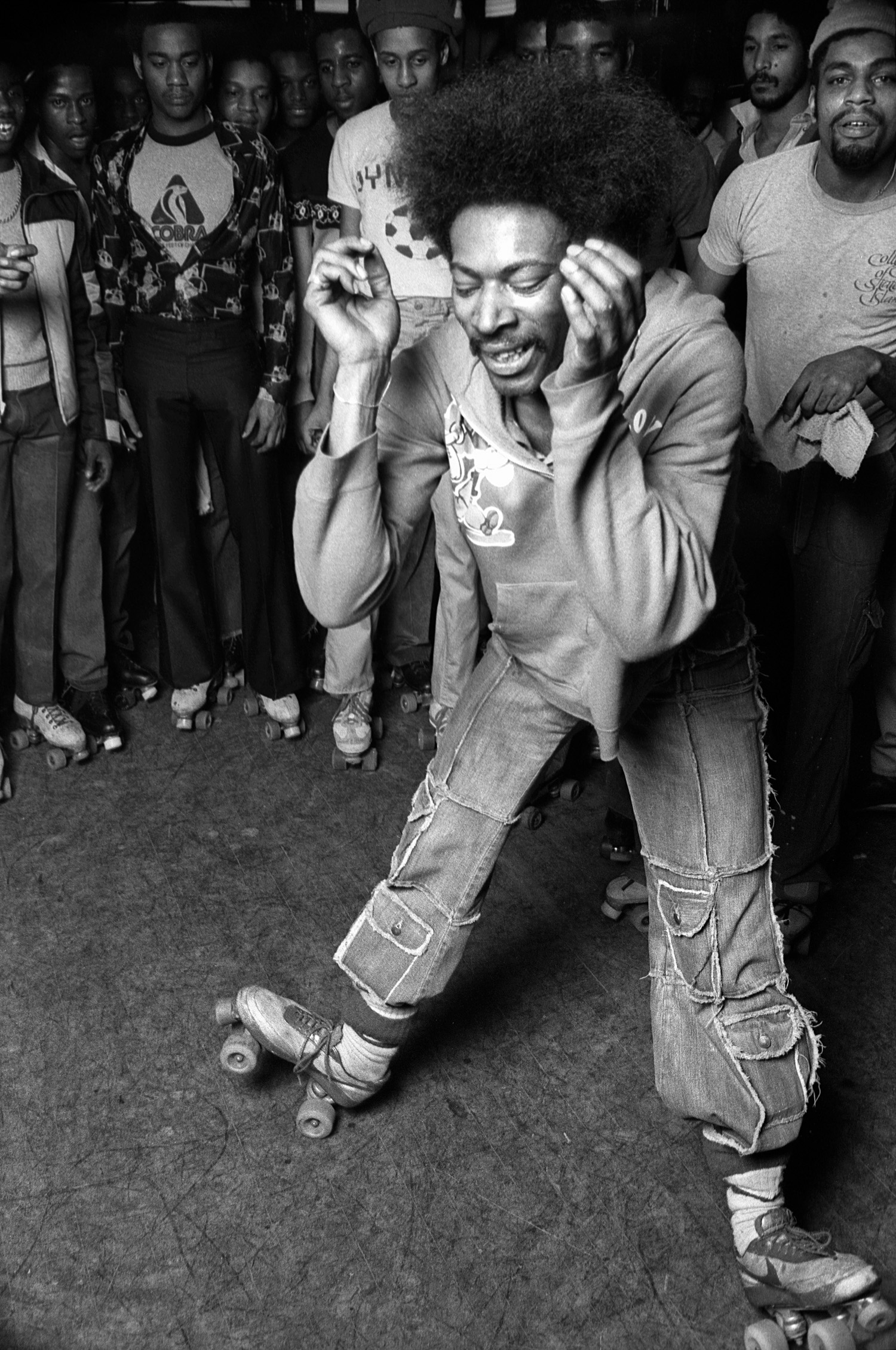 “My favourite places to shoot were residential neighbourhoods, city centres, events and gatherings of all types, where large groups of people are present with a sense of purpose and life is acted out in the streets,” he explains. “The Empire Roller Disco was a microcosm of a neighbourhood and played an important role in Crown Heights. The sheer joy, talent, and energy of the skaters was an inspiration.”

As with so much of New York’s legendary icons of indigenous culture, the Empire became a victim of gentrification in 2007, closing its doors after seven decades of serving the community. Though it is no longer a part of daily life, Pagnano’s photographs remind us of the importance of documenting moments as they occur so that we can savour the pleasures of the past and look at the present with fresh eyes. And, of course, the blissful  joy of roller disco. 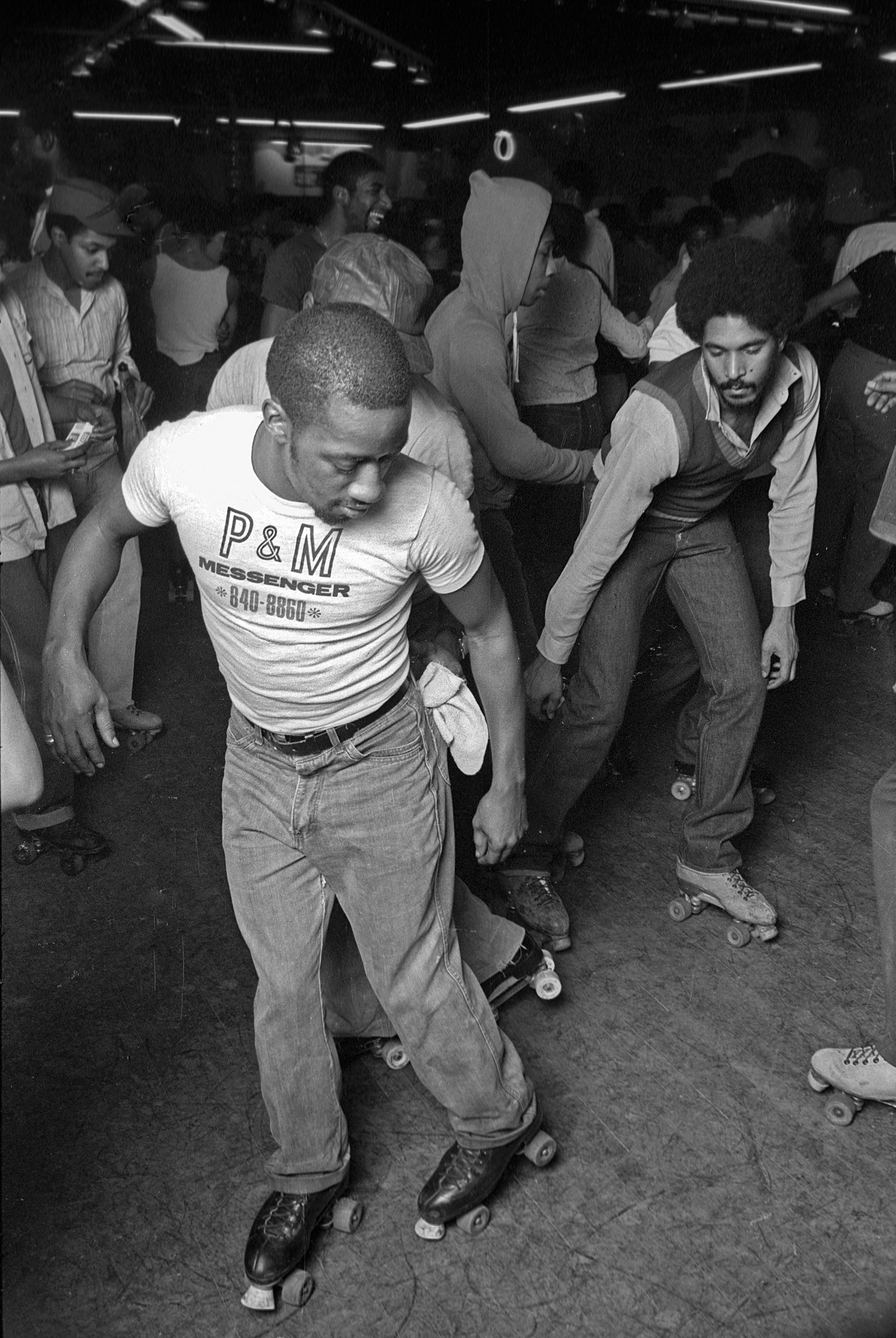 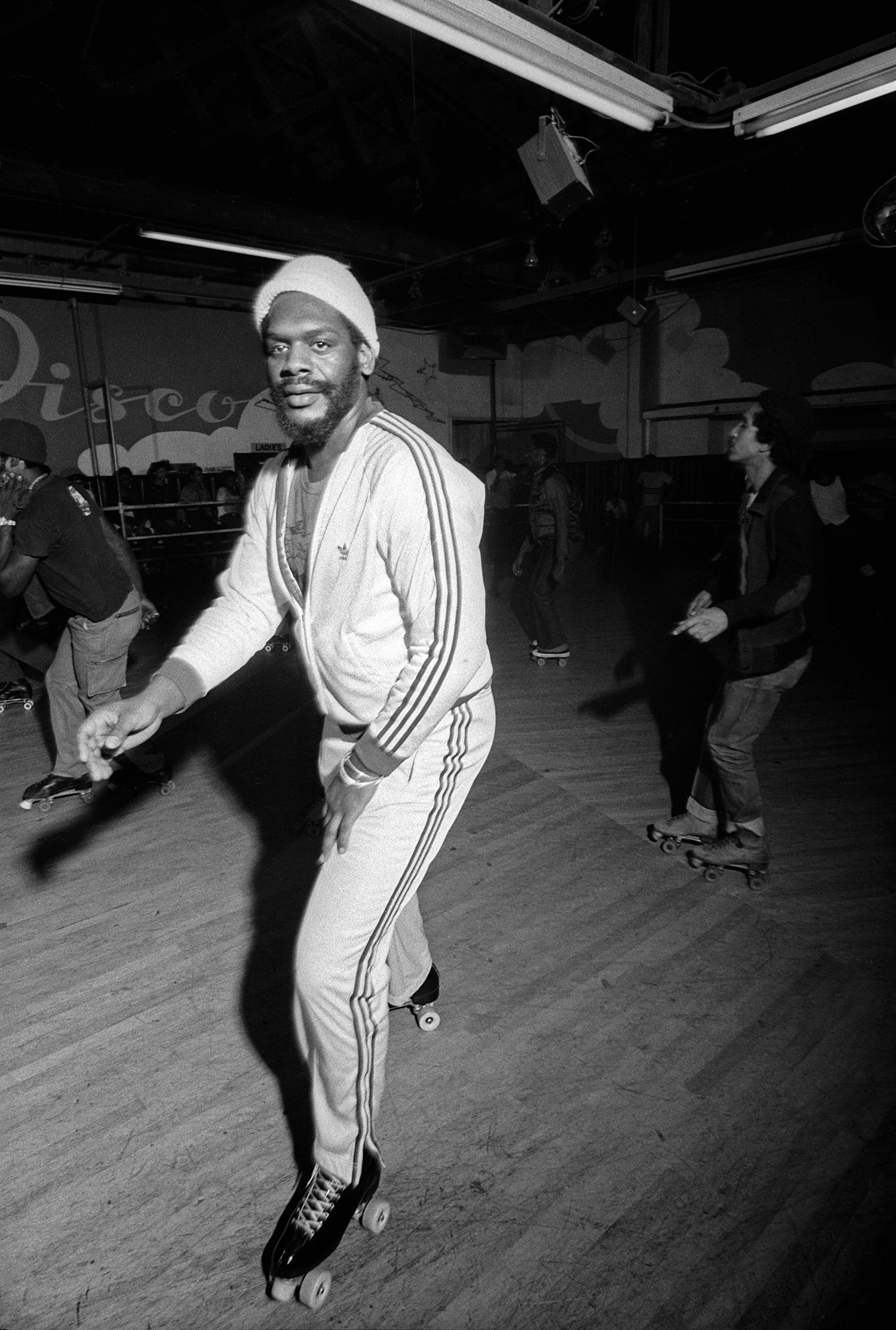 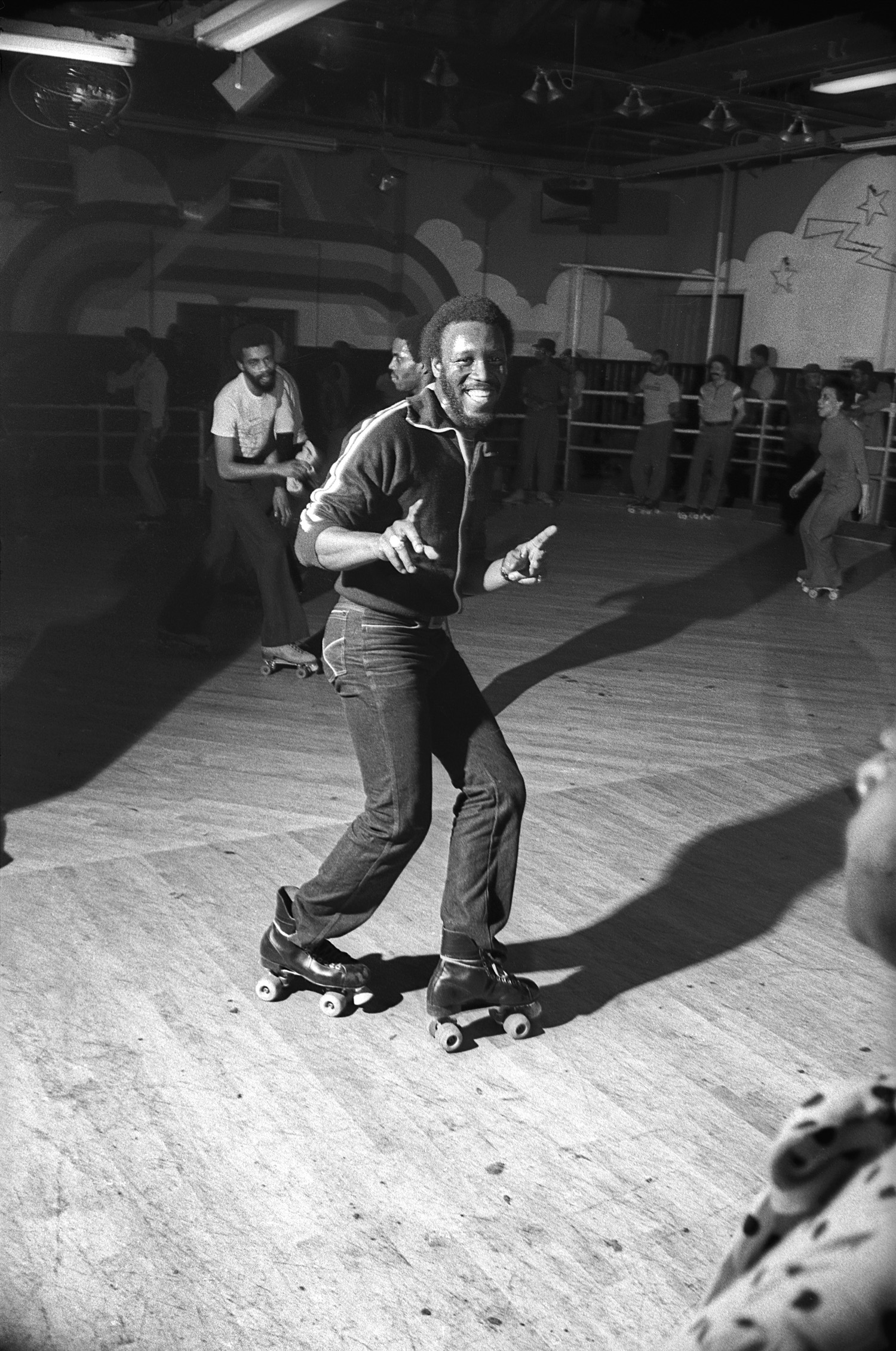 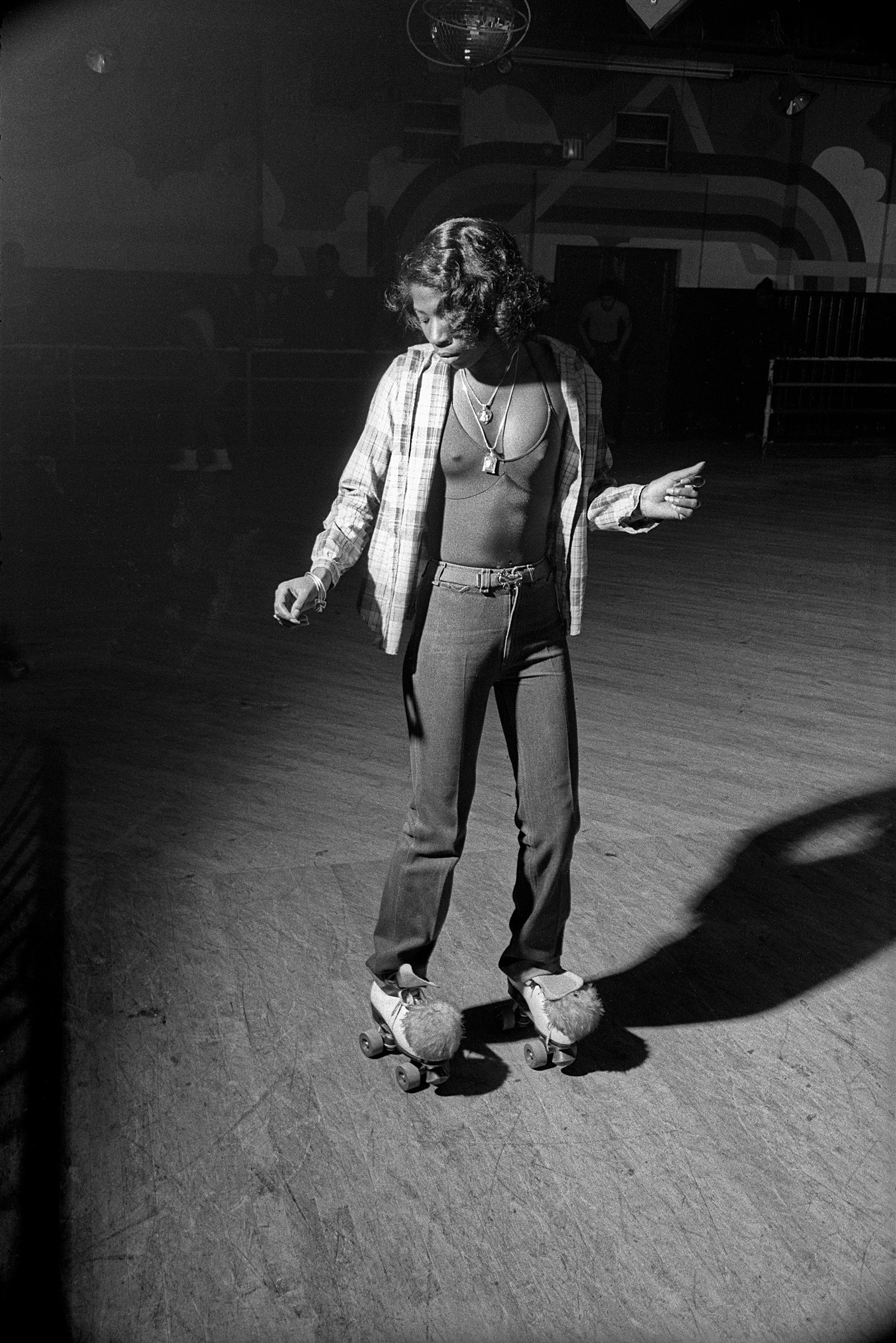 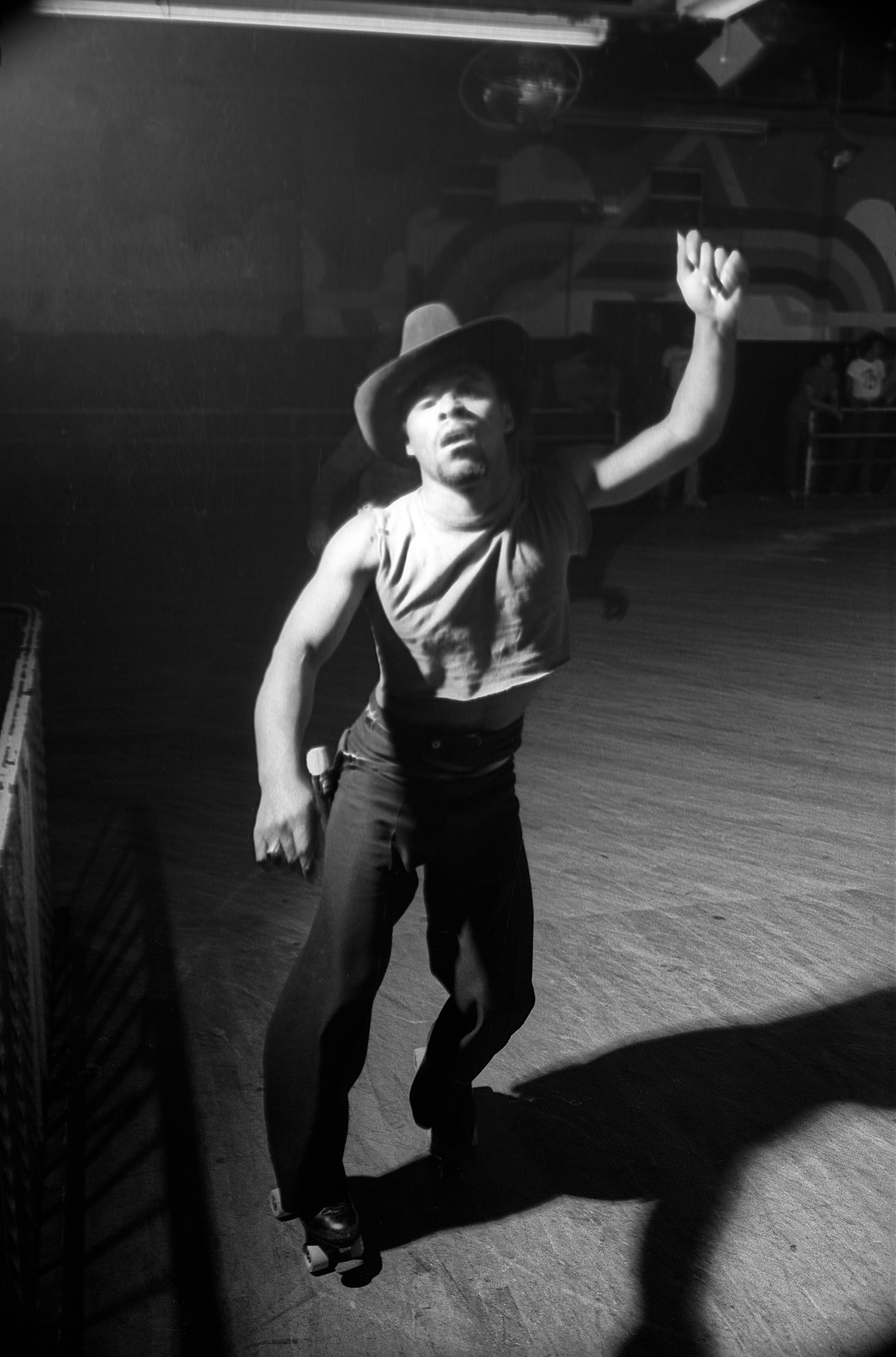 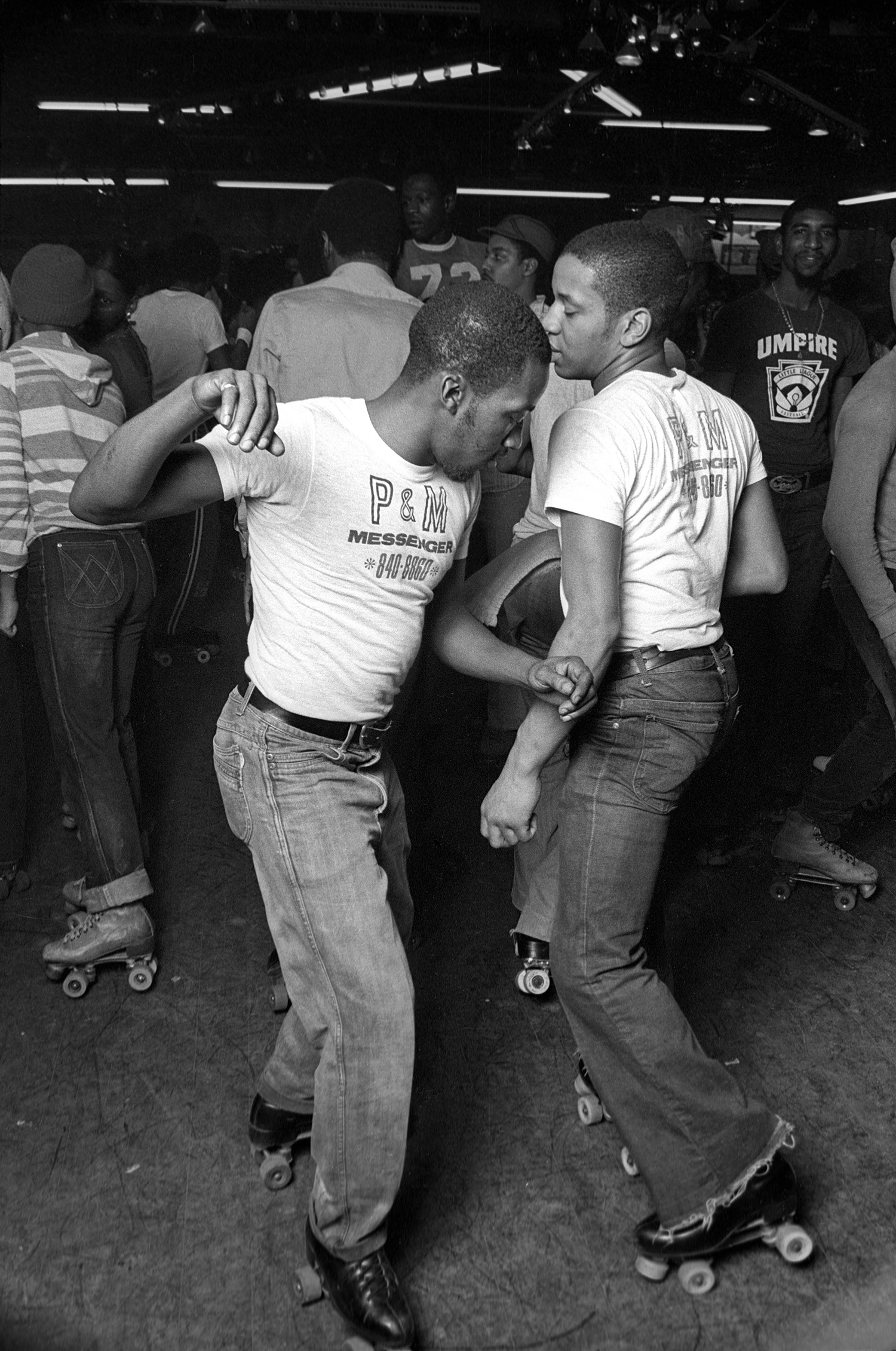 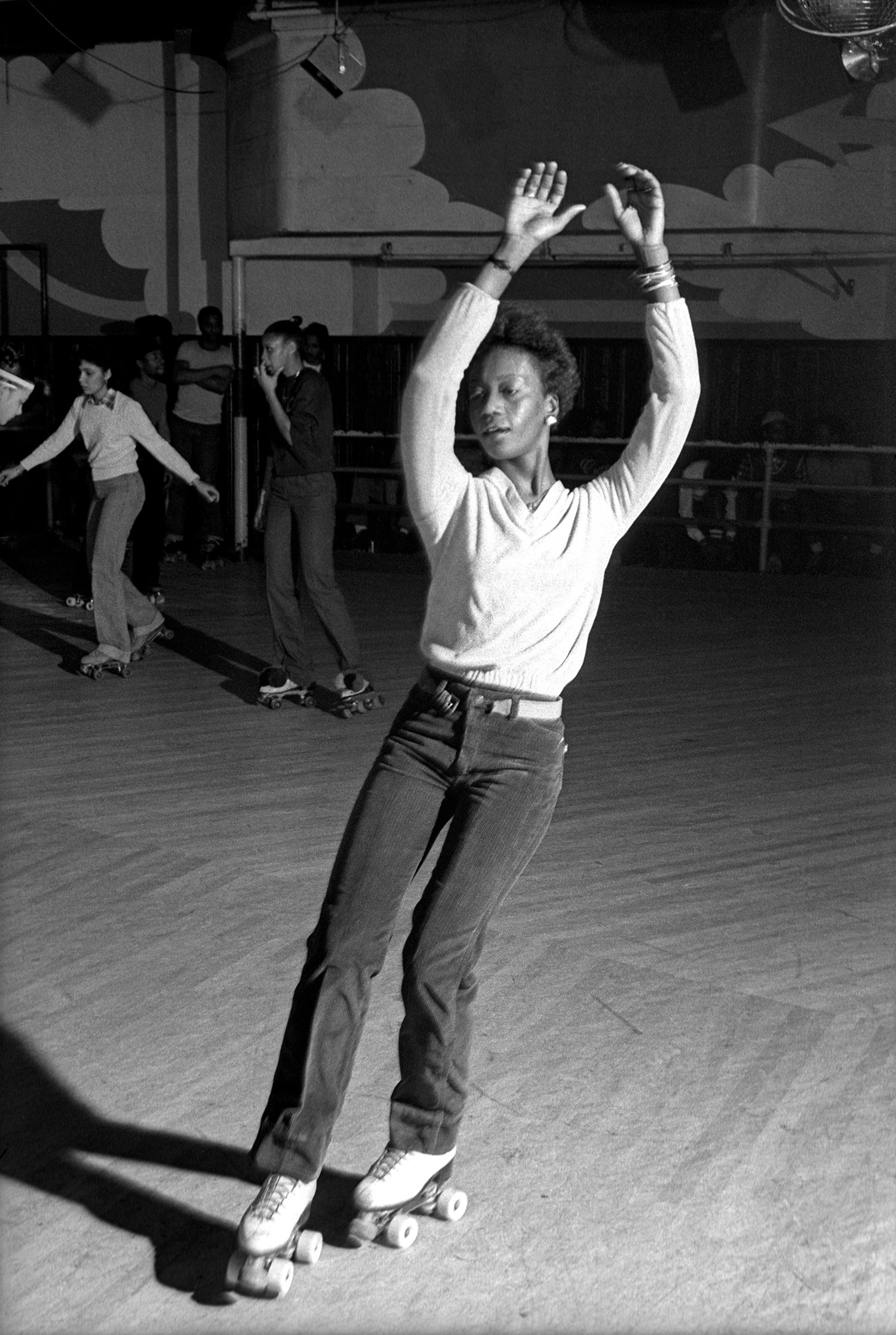 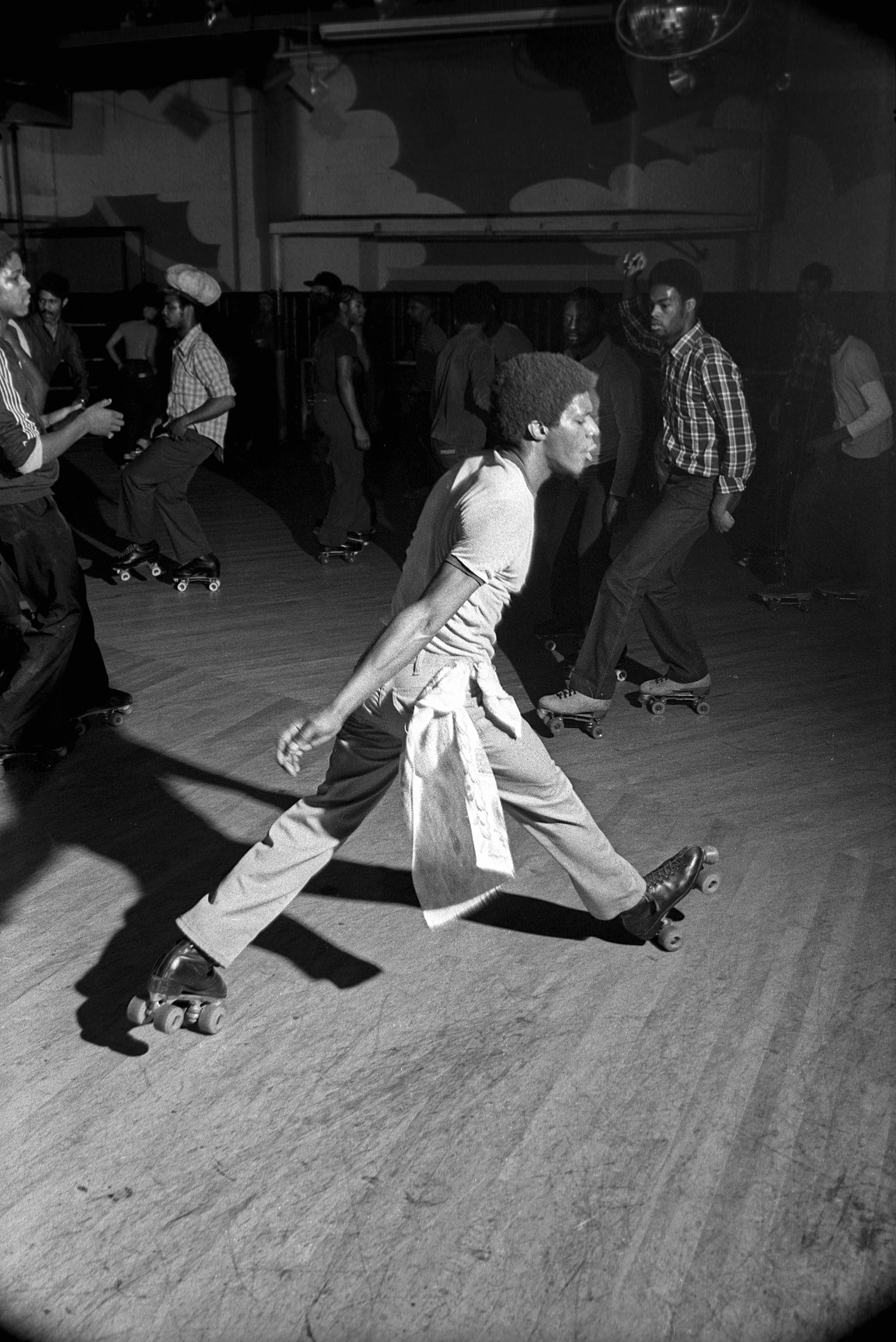 Linkedin
RELATED ARTICLES
OTHER ARTICLES
A new podcast is opening up the conversation between trans women and trans amorous men in the hope of building coalitions.
Theo McInnes’s photos of the annual event provide an intriguing snapshot of contemporary Britain.
AI companies that develop image-generators using copyrighted artwork from the internet are coming under fire from artists who say that it amounts to theft.
A recent High Court ruling against the right to wild camp in Dartmoor National Park sparked the largest land protest in history – and campaigners say their fight is not over yet.
As she gears up for the release of her first book, the 24-year-old climate activist talks standing up to authority and building a more inclusive movement.
Since 2007, Gideon Mendel has made 20 trips to document floods in 13 countries. The result is an alarming record of what has already been lost to the climate emergency.