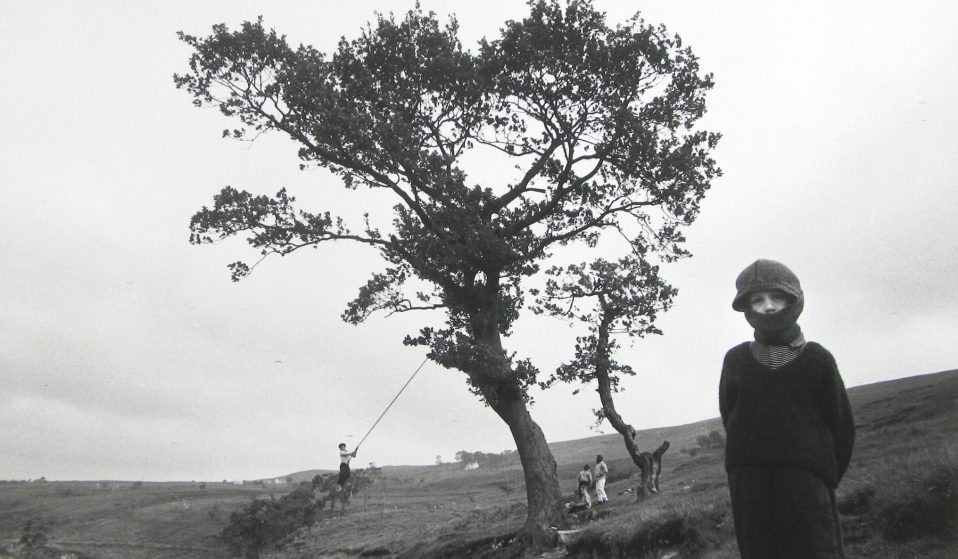 Travelling across the UK in 1960, the photographer captured a country driven by difference, struggling with post-war trauma and economic hardship.

Travelling across the UK in 1960, the photographer captured a country driven by difference, struggling with post-war trauma and economic hardship.

In the autumn of 1960, American photographer Bruce Davidson landed a commission that would take him to the UK for the first time. Starting in London, he bought a Hillman Minx convertible and travelled to the South Coast before heading north to Scotland. His mission: to bring home a visual record of a country in transition.

“Cornell Capa, a fellow Magnum photographer, put me in touch with The Queen magazine staff,” Davidson recalls. “He thought it would be a good idea for me to take a two-month assignment abroad and suggested to the editor, ‘If you leave him alone, you’ll have a wonderful one-off series of pictures.’ There wasn’t a set agenda about what I had to photograph, so I was free to just roam around and observe everything.”

Born in 1933 in Illinois, Davidson was introduced to photography at an early age after his mother built a darkroom in their basement – and from there, it developed into a lifelong passion. Later, he was drafted into the US Army and stationed near Paris, where he met Henri Cartier-Bresson, one of the founders of the Magnum Photo agency. Recognised as one of the world’s most influential photographers, Davidson is best known for his in-depth photo-essays exploring subcultures and those on the margins of society.

While much of Davidson’s work is shot in New York City – where he currently lives – when he arrived in the UK in 1960, he had the unique perspective of an outsider. “It was a time of transition, especially in London,” says Davidson. “Since it had been seriously bombed it was rebuilding and people were recovering from the trauma of war. There was a sense of fragility, but there was also a strong, emerging youth culture coming forward.” 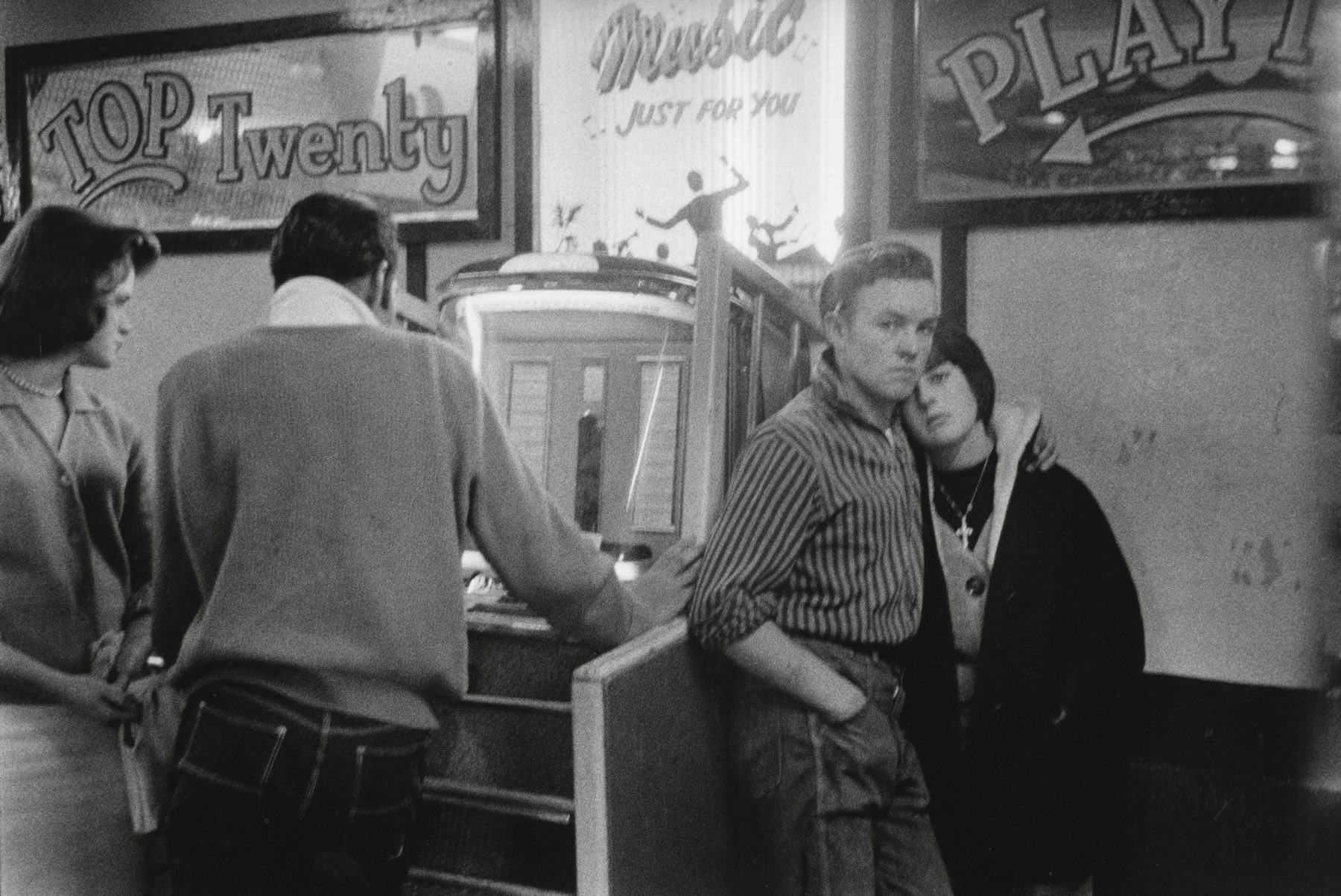 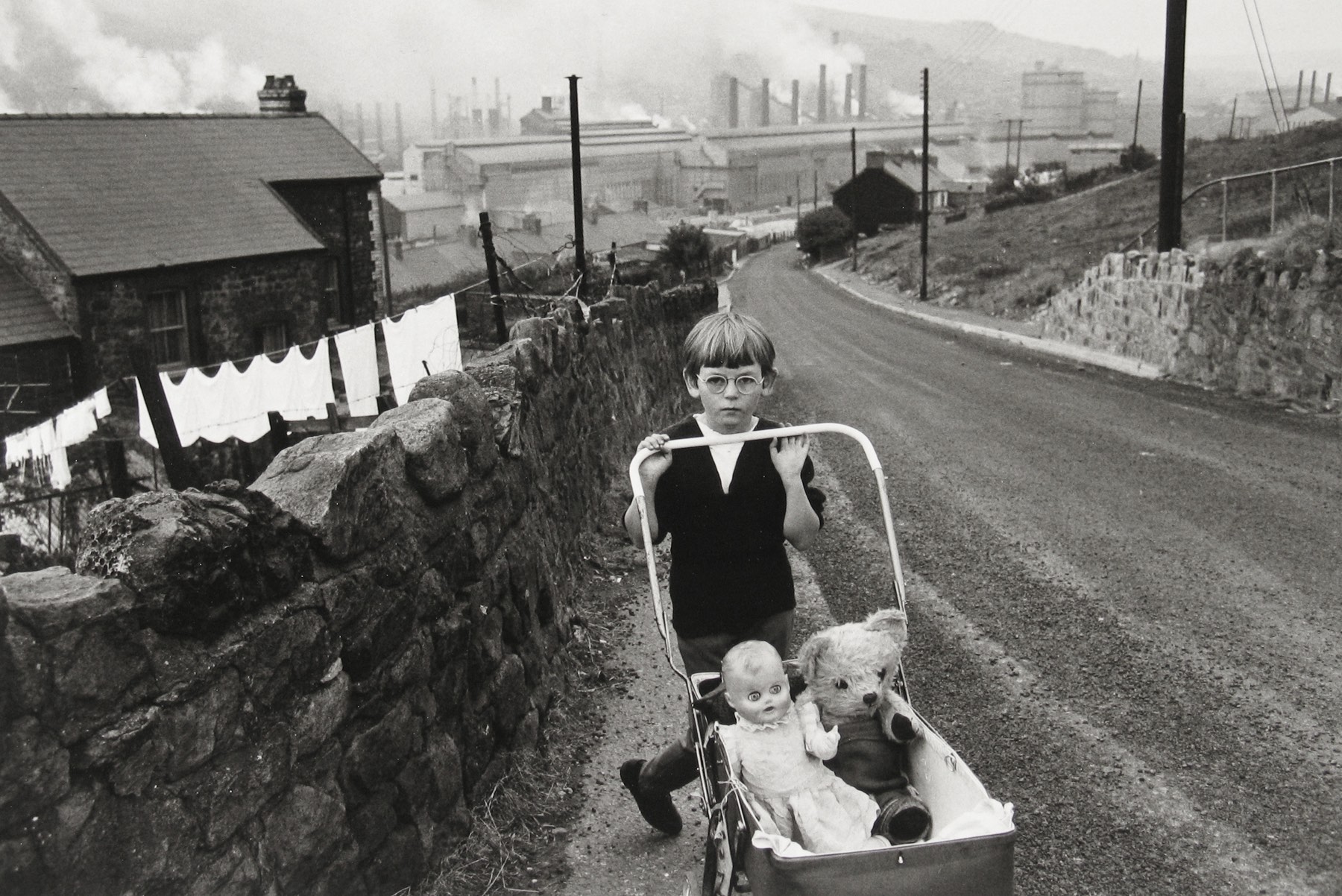 Walking the streets of London, Davidson came across a group of young people carrying sleeping bags. “I only had a few minutes with them as they were heading towards a concert hall,” he says. But it was this chance encounter that led to one of his favourite portraits: ‘Girl With Kitten’. With her resolute, hopeful gaze, Davidson says it seemed to epitomise the new face of Britain at the time.

For Davidson, the connection with his subjects has always been paramount. Back then, the camera wasn’t a barrier; in fact, he claims it had the opposite effect. “It really felt as if people didn’t know what a camera was. People were open, quiet and respectful and very trusting despite the fact that they were still recovering after the war.”

Unlike other photographers who gravitated towards London, Davidson ventured beyond the capital’s perimeters, drawn to the extremes of city and rural life. “Once outside of the hustle of London, the landscape opened up and the sky was grey but beautiful with a wonderful slowness to it,” he remembers. “I was drawn to photographing things like people having tea in the back of their car. While photographing the Duke of Argyll in Scotland, he invited me to the Isle of MulI. I wanted to photograph a shepherd with his flock so he helped arrange that for me. The land there was beautiful and bleak and really stood out to me.”

Davidson also found an appeal in the amusement parks or “Palaces of Fun” in seaside towns like Brighton and Blackpool. “They were wonderful and had a flair for the humorous,” he says. “I remember taking a photograph of couples lying on a beach of stone.” 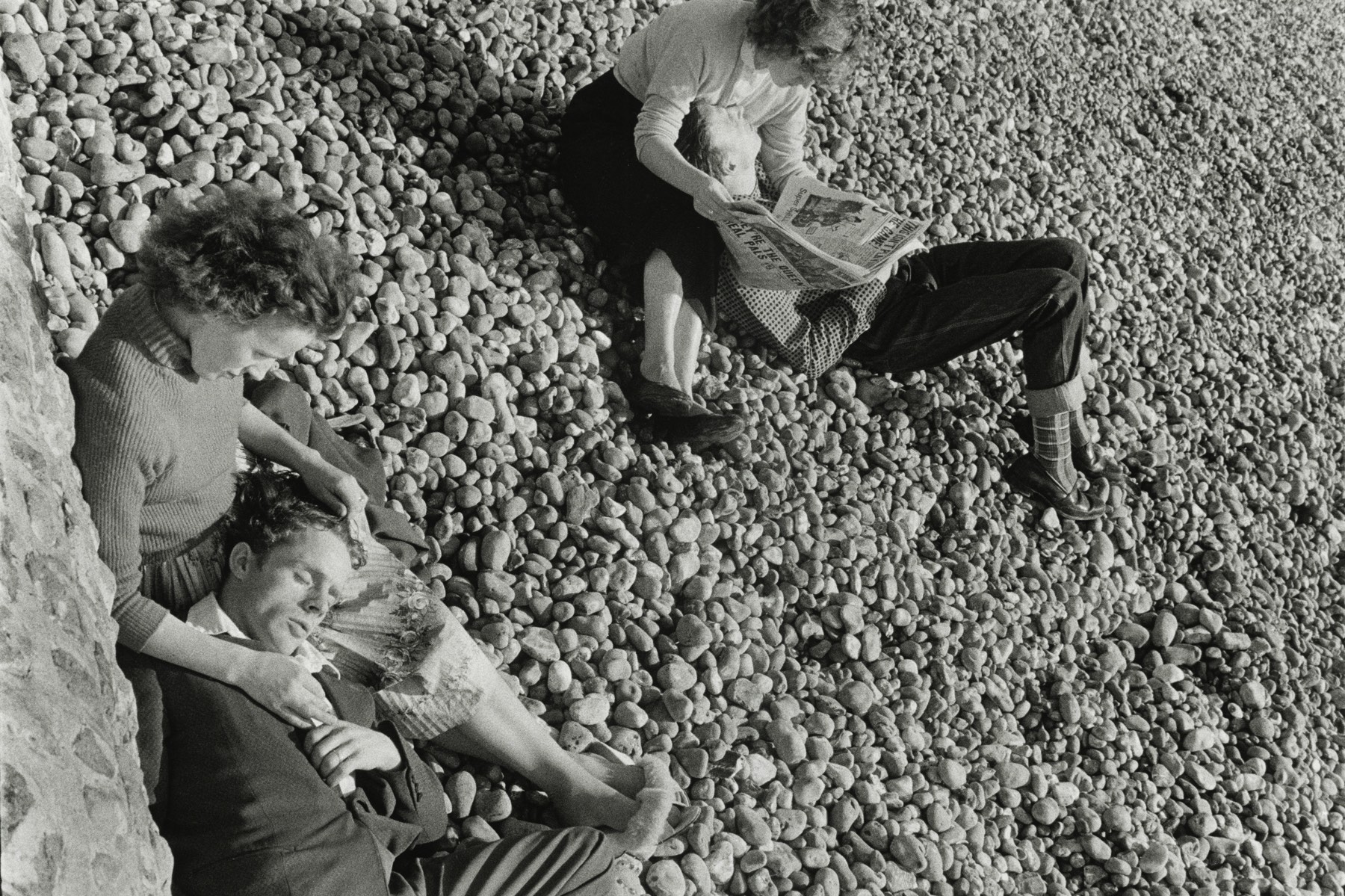 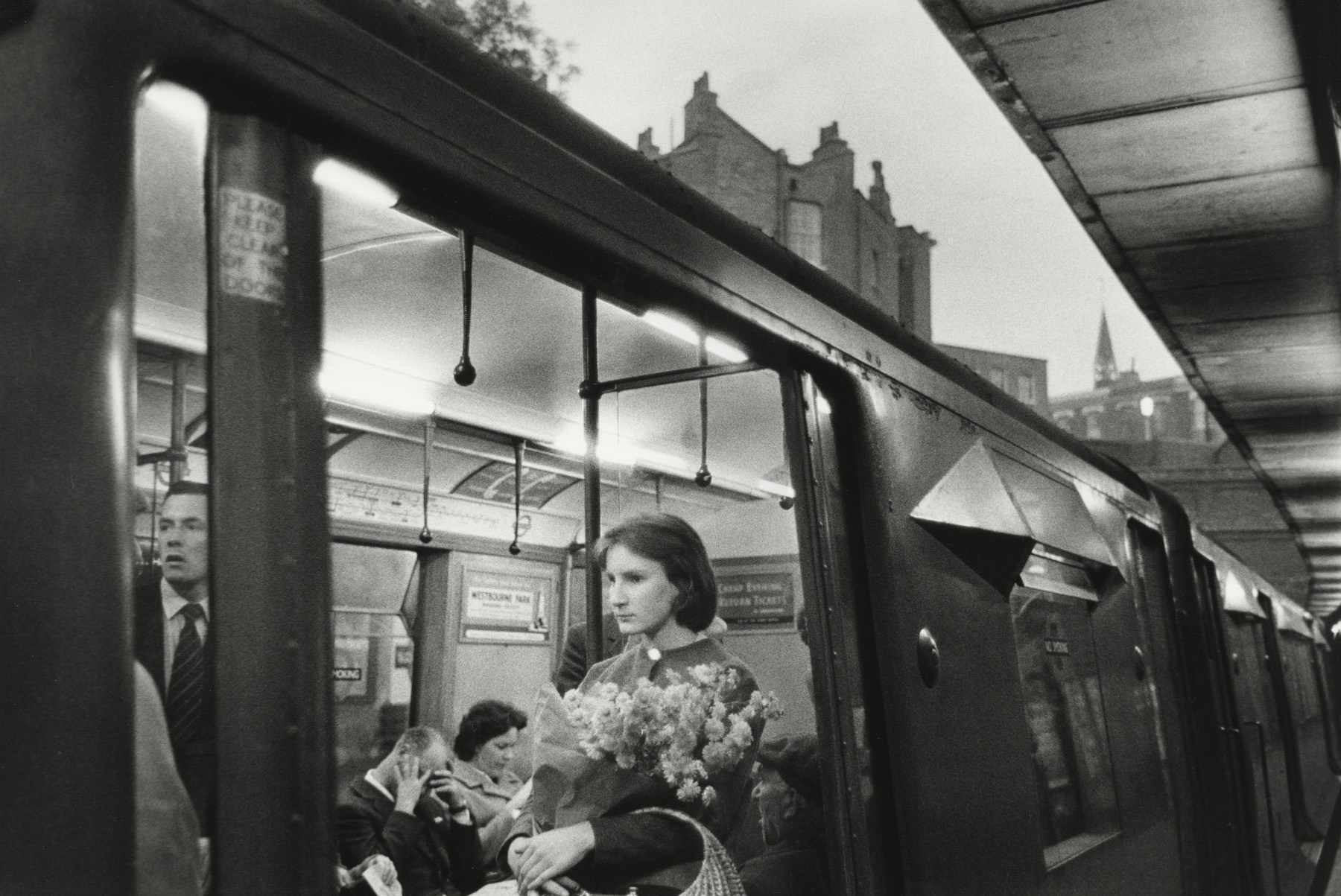 At the core of Davidson’s work there lies a deep interest in humanity; from his photographs of subway riders in subterranean New York, to the mining families residing in the forgotten corners of a Welsh valley, to the inhabitants of a single block of Harlem, New York. When asked what fascinates him about people, Davidson says: “I love the unpredictable and unknown aspects of coming into contact with people. If you stay open with them, there’s always something to be learned. It’s hard to articulate, maybe that’s why I’m a photographer and not a writer.”

Now aged 87, Davidson continues to shoot. Photography remains a constant in his life, but the medium itself has changed enormously throughout his career. With the abundance and ephemerality of images nowadays, what – in his opinion – makes a photograph memorable?

“Often what makes a good picture is almost subliminal,” he says, finally. “It could be a look on a face or a detail on a piece of clothing. You just have to go with the flow.”

“When I was a kid, I played baseball and you heard the sound the bat made when it really connected with the ball; you knew you had a great hit. It’s the same with photography, sometimes you hear that click of the shutter and you know you’ve caught something really special.” 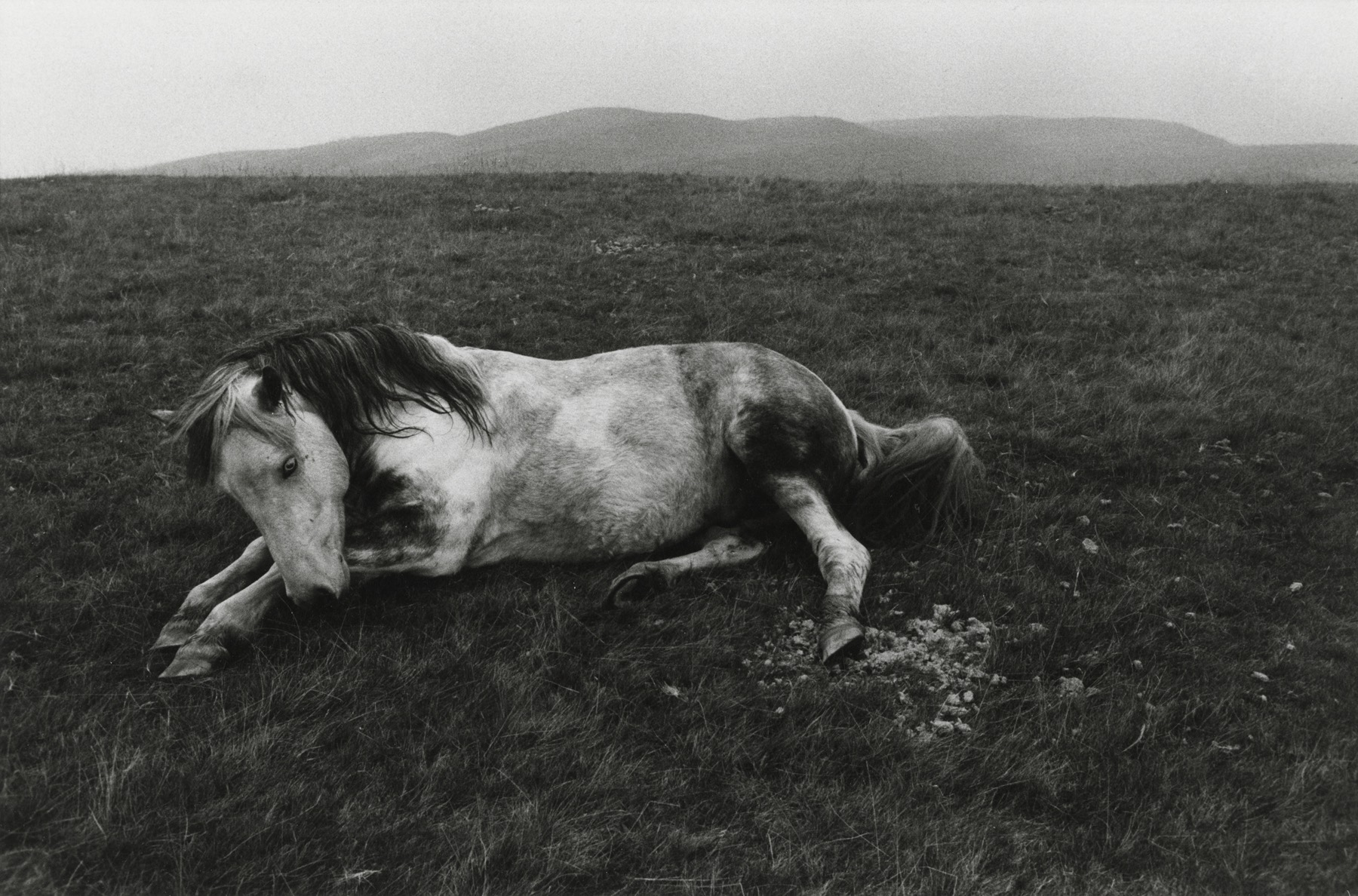 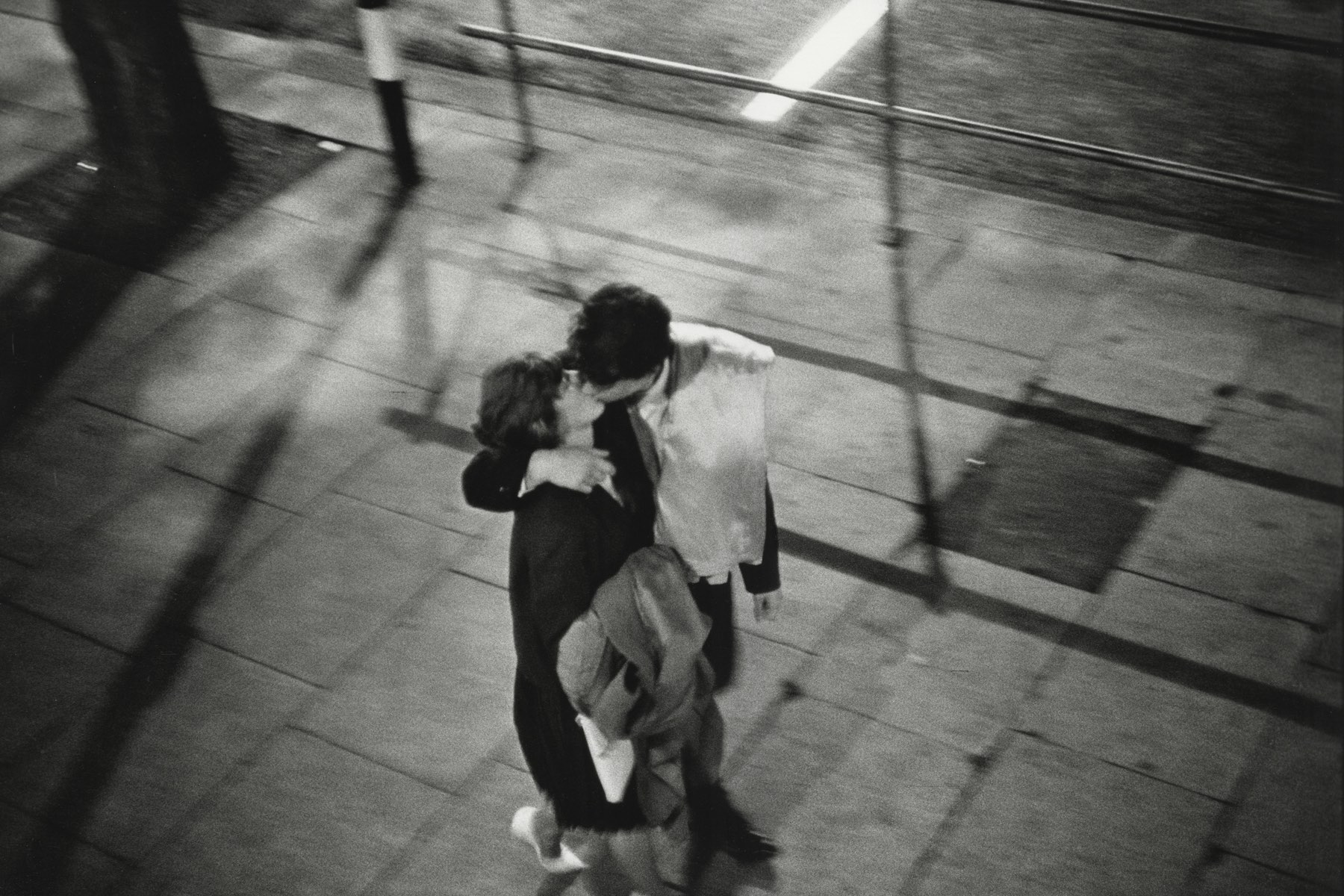 Couple kissing on the street, London 1960 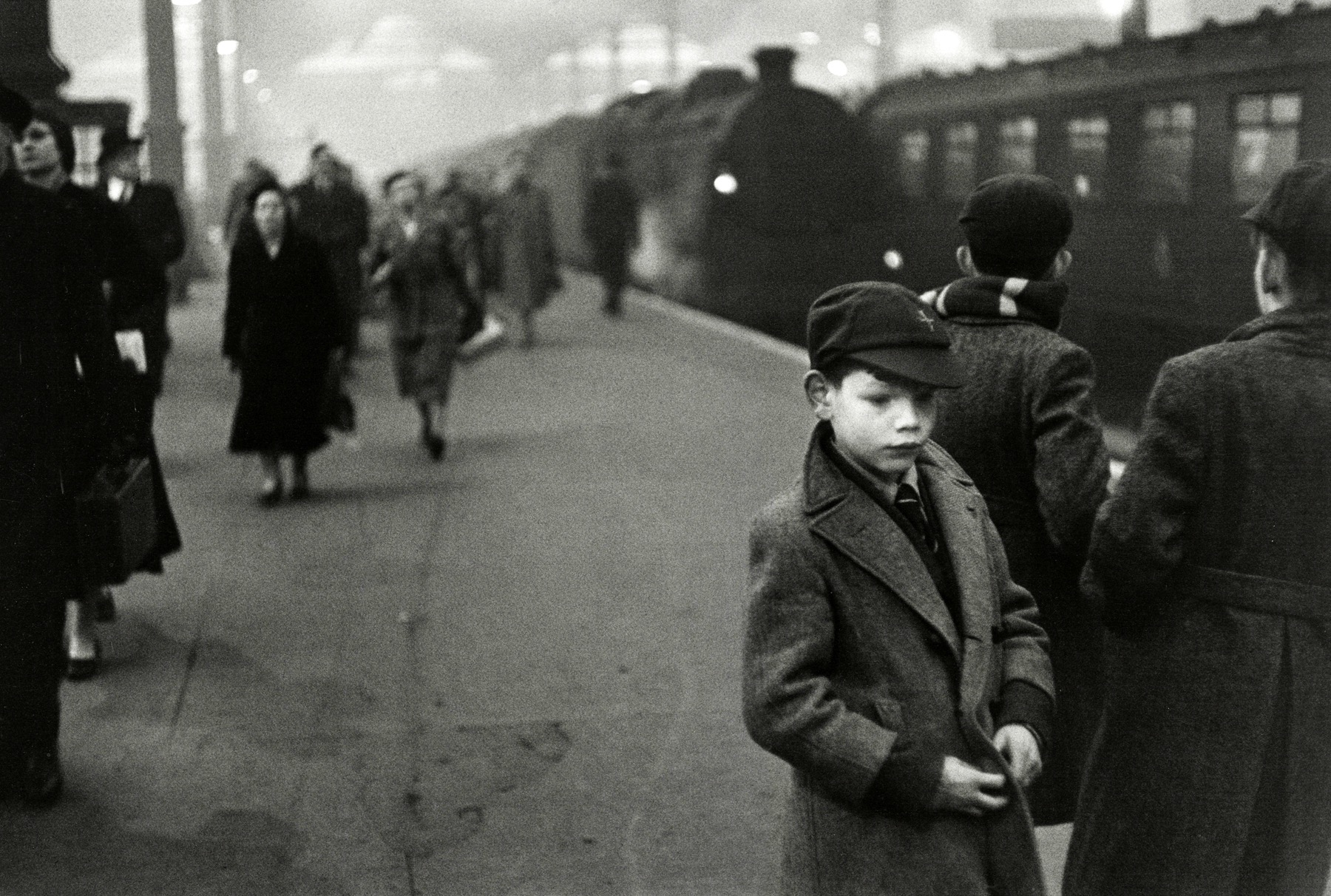 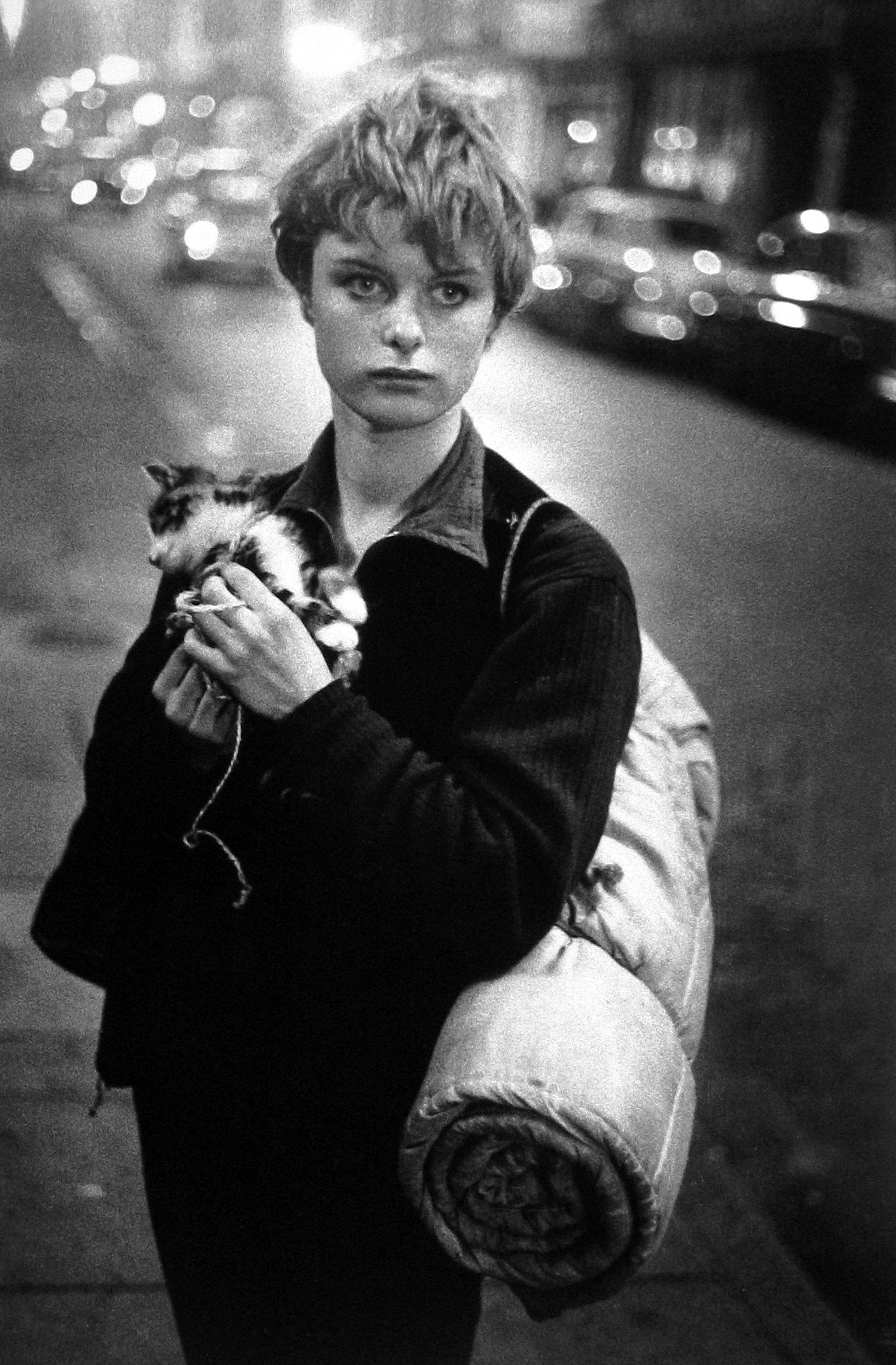 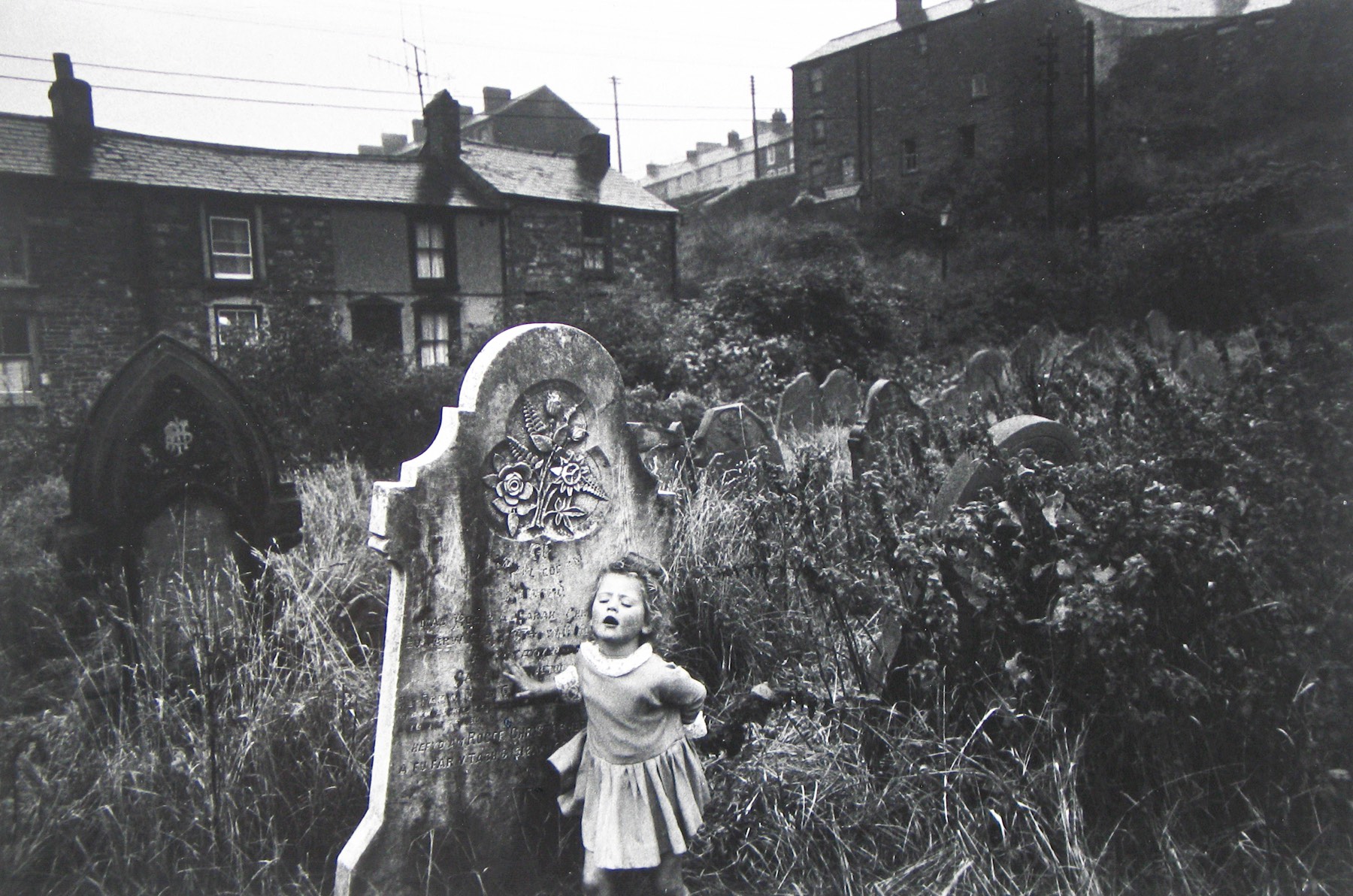 Bruce Davidson: A United Kingdom is on show at Huxley-Parlour Gallery, London from January 17 – March 14, 2020.

Linkedin
RELATED ARTICLES
OTHER ARTICLES
Tristan O’Neill’s shots of dancers caught in moments of reverie at the height of rave’s golden age are a testament to the UK’s legendary club culture.
Activists and campaigners are fighting back against new laws that would seriously undermine the ability to take industrial action, calling it an attack on fundamental workers' rights.
Photographer Becky Tyrell went down to the fading banger and stock raceway to meet a community desperate to keep it alive.
As she gears up for the release of her first book, the 24-year-old climate activist talks standing up to authority and building a more inclusive movement.
A new exhibitions brings together the work of photographers who documented the deep unrest of these pivotal decades.
A new podcast is opening up the conversation between trans women and trans amorous men in the hope of building coalitions.