Art & Culture / Photography / Fun for all the family: colourful shots of Butlin’s in the ’80s 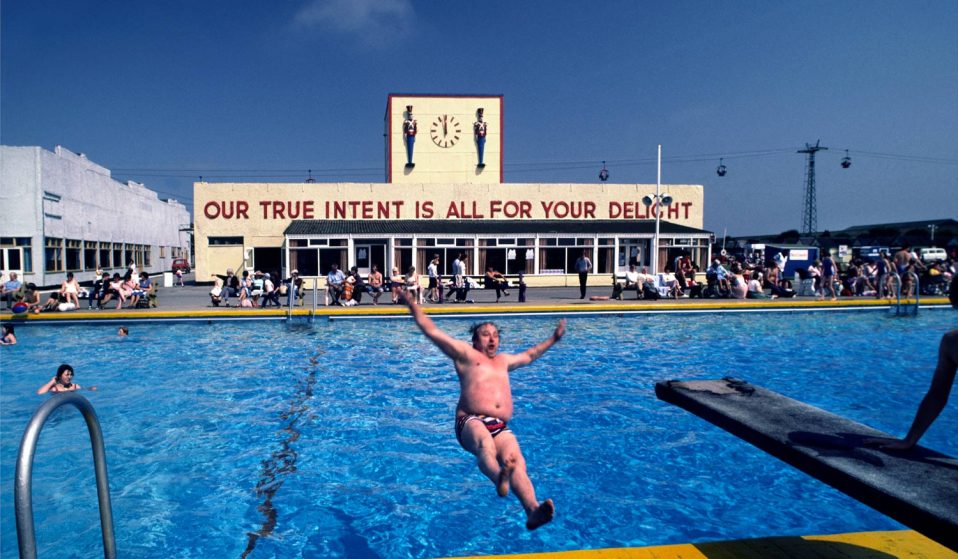 After spending a wild summer there during his teens, Barry Lewis returned almost 20 years later to shoot the Butlin’s experience in all its glory.

After spending a wild summer there during his teens, photographer Barry Lewis returned almost 20 years later to shoot the Butlin’s experience in all its glory.

Billy Butlin launched his eponymous package holiday empire back in the 1930s, opening his first camp in Ingoldmells, Skegness. His idea for Butlin’s was simple: fun for all the family, in one place, whatever the weather.

By 1966, there were ten camps in total – including one in Ireland and the Bahamas. It was that summer that Barry Lewis bagged himself a job as an assistant cook at the Bognor Regis site, on Britain’s south coast. He was 17 years old – due to start university that autumn – and it would mark his first time living away from home.

“Our family holidays had usually been spent in smaller, cheaper holiday camps – but Butlin’s was another world,” he remembers. “A huge bustling village of 10,000 people all determined to have fun. It was loud and raucous, with everything an exaggerated assault to the senses. Six days a week, I would start at 7am, serving some of the 5,000 full English breakfasts to the campers – after a full English hangover.” 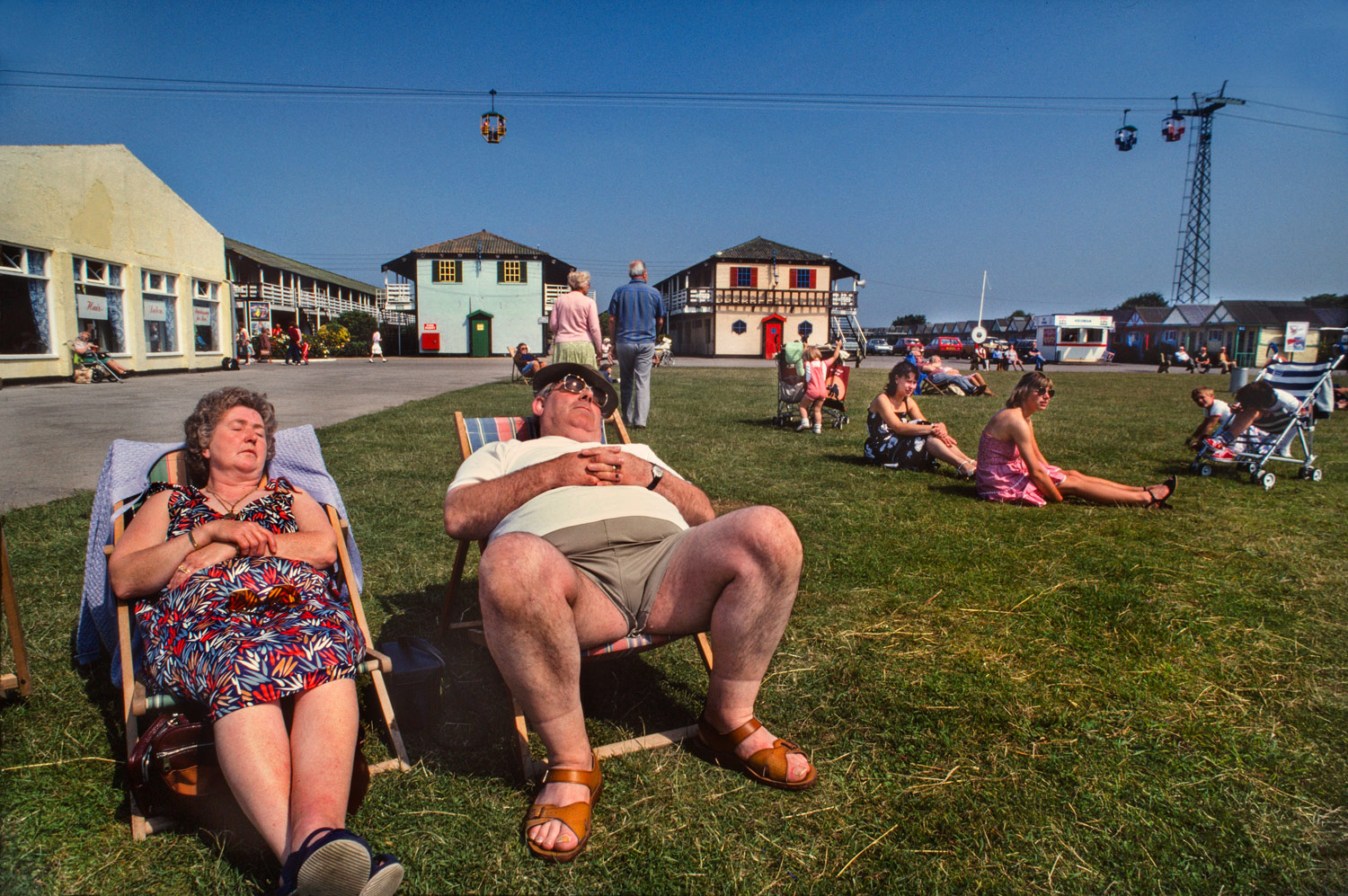 The summer he spent there wasn’t exactly a relaxing one, which was fine by him. “I wanted to escape from my family,” he continues. “To live independently, and, to be honest, to fall in love – or at least get laid!” When he eventually returned home and completed his studies, he found work as a scientist, inventor and then a chemistry teacher. However, after growing disillusioned with the teaching profession, he made the jump into photography – which had long been a hobby – after a “fortuitous series of events” earned him a place at the RCA under the tutorship of Bill Brandt.

By 1982, Lewis had worked for the likes of Vogue and founded Network Photographers. While he was flying, though, Butlin’s had seen better days: cheap foreign travel and bad British weather meant that Billy Butlins’ original vision was under threat. But when Lewis was offered an assignment which would see him shooting at the original Skegness camp, he jumped at the chance. “16 years later, married with a child, I had the opportunity to return to my field of dreams thanks to the Observer Magazine, as a photographer with a writer friend, to explore in detail ‘The Butlin’s experience.’” 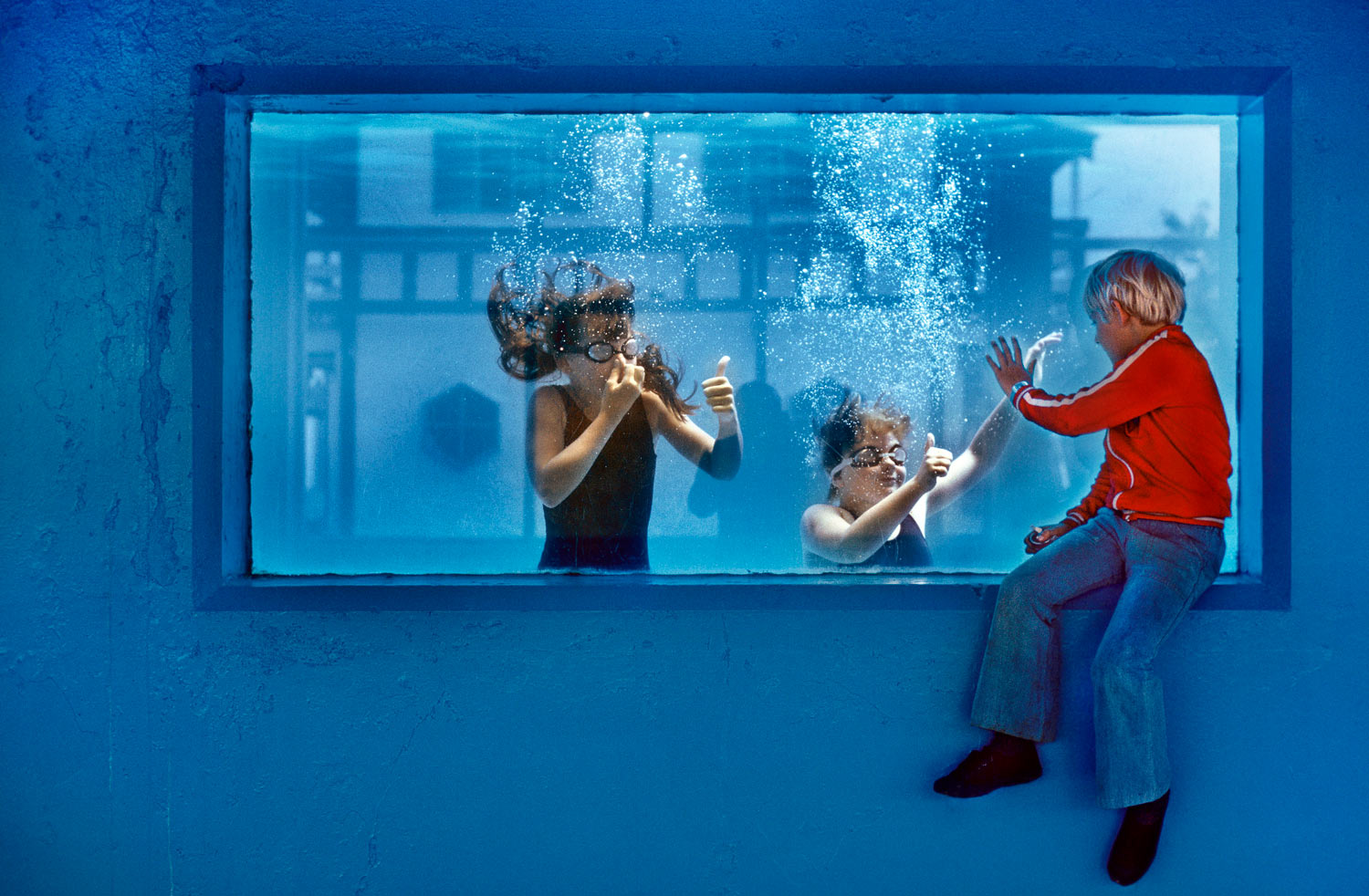 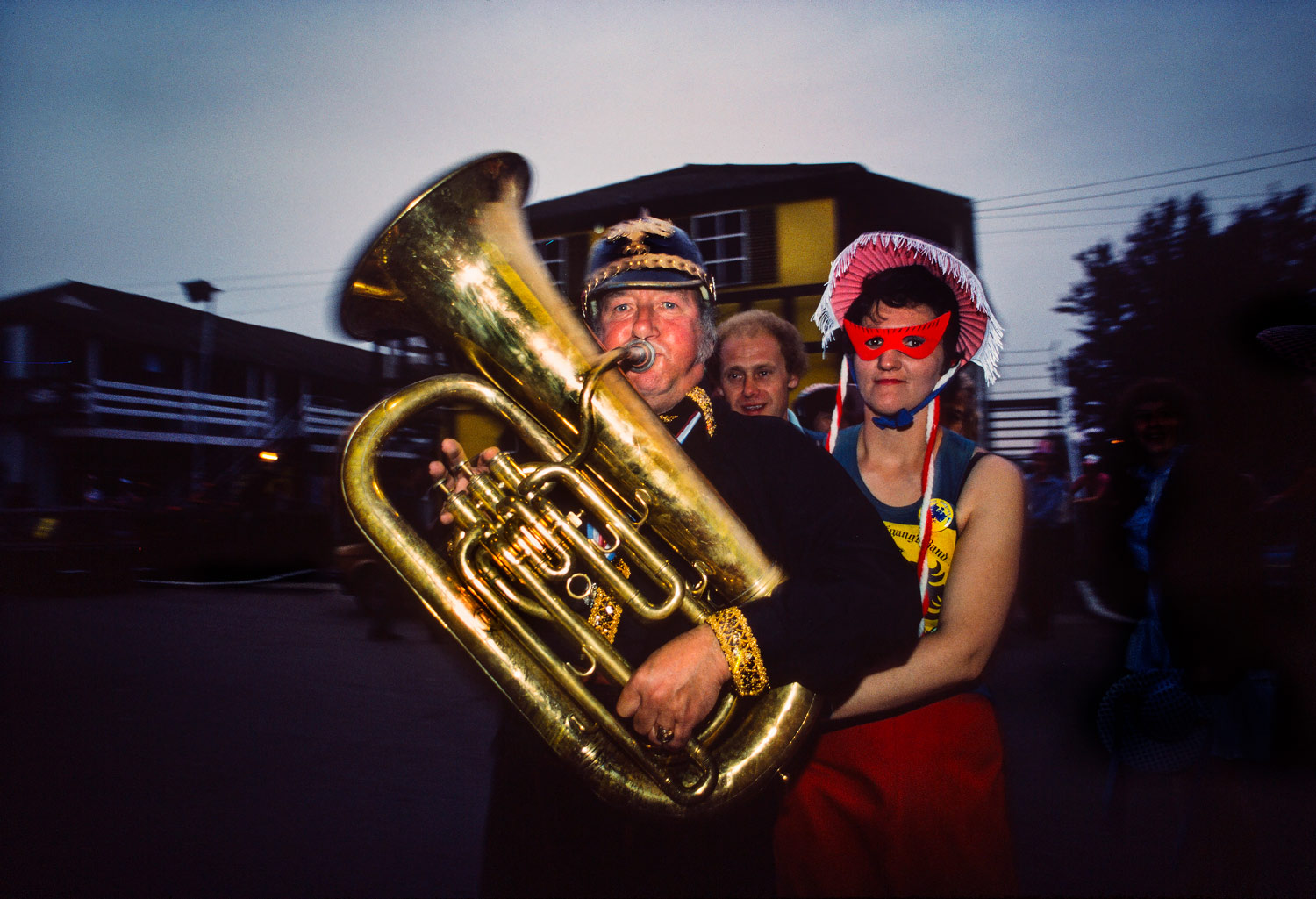 Today, those images come together to form Butlins Holiday Camp 1982. The book, published by Hoxton Mini Press, collates the photographs he took on his return trip, depicting a place that, although it had seen better days, still refused to go quietly. “The show went on, propelled by the constant effort and good humour of the staff – whatever the weather!” Lewis says. “To understand Butlin’s at that time you have to realise it was like being in a space capsule… Holidaymakers seldom ever left the camp, and why would they? All their needs were met, time stood still and everyone was quickly caught up in the exhausting job of having fun.”

For Lewis, who’s in his 70s now, looking back at the photos he took provides a way of remembering his younger life. Today, he views the golden years of Butlin’s as a “vanished age”, one that his kids and grandkids will never know, for better or worse. The warmth in his shots – of beaming Redcoats, sun-kissed families, boozy gaggles of mates – makes it clear how he feels about the place. Because whatever happens, he’ll always have that summer in ’66.

“Time and news loses any meaning in Butlin’s – it is a continuous Groundhog Day,” he says. “I’m not dissing it! Anyone who has had a holiday at the camps will understand what I mean – it’s a Marmite experience. You either enter all the competitions, let go, make lifelong friends, drink and dance until you fall over and, with a bit of luck, fall in love. Or, you shiver in a poorly-heated chalet with the north wind whistling around your ankles, crying into a warm beer and wishing you were home!” 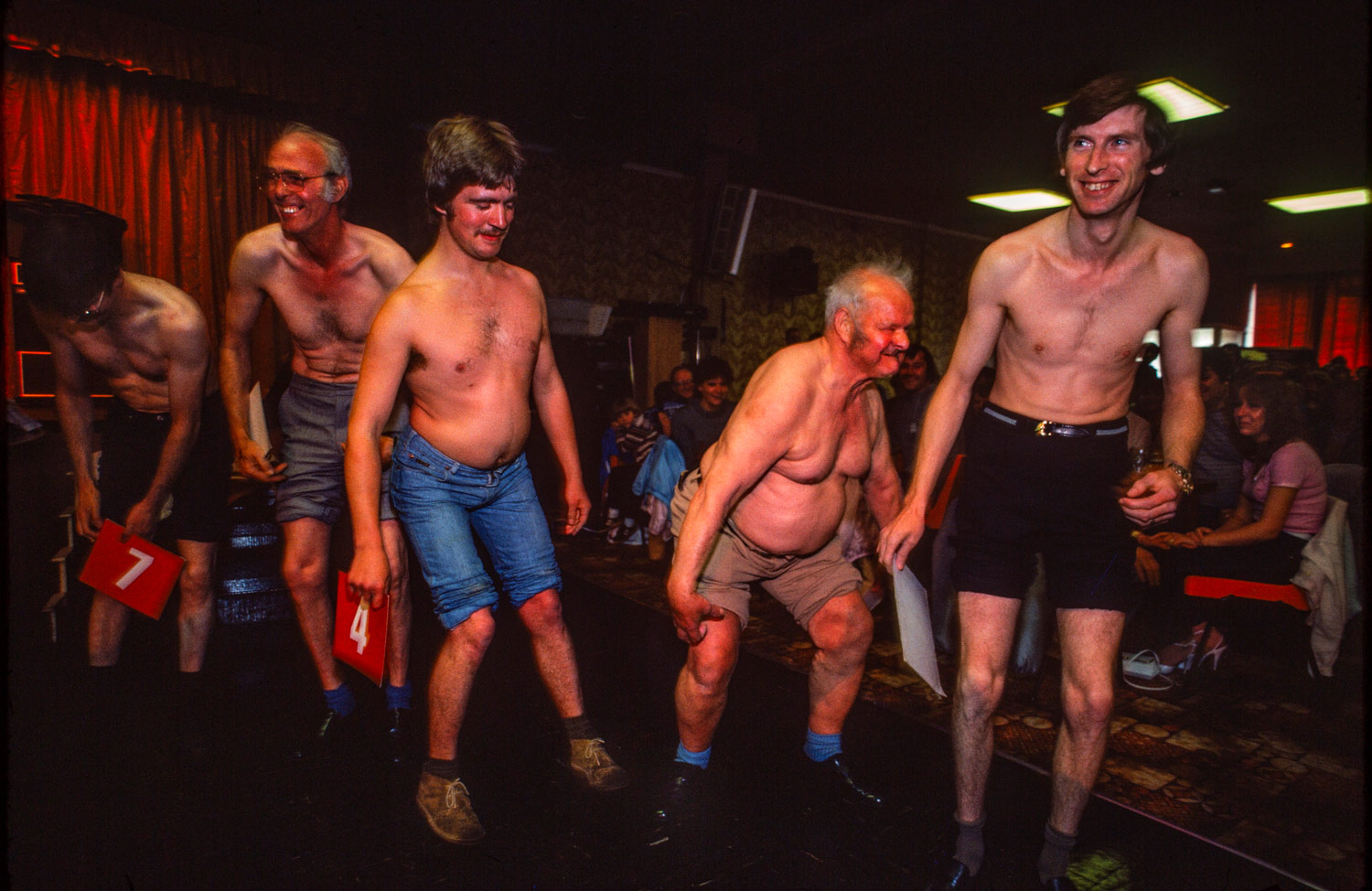 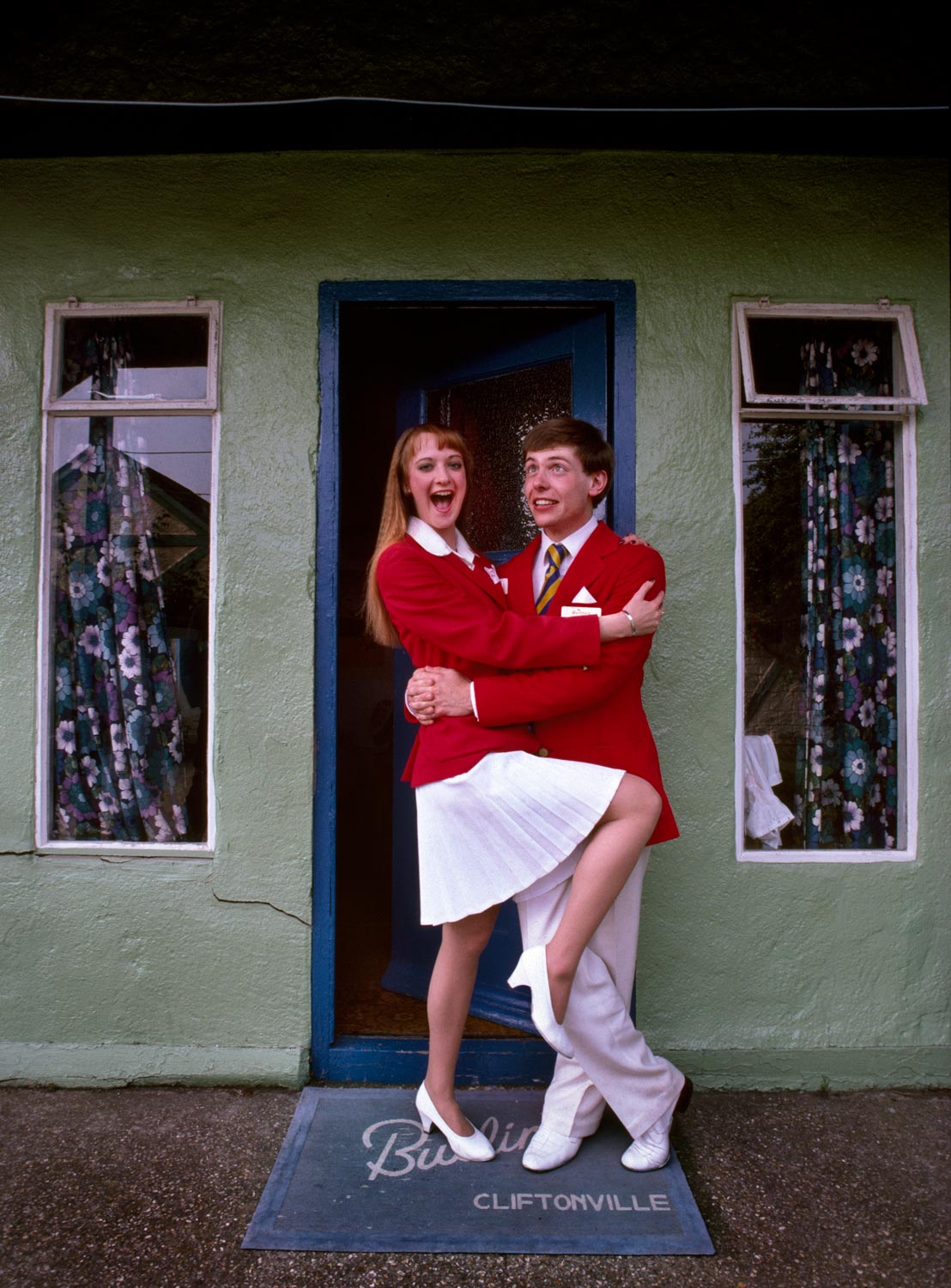 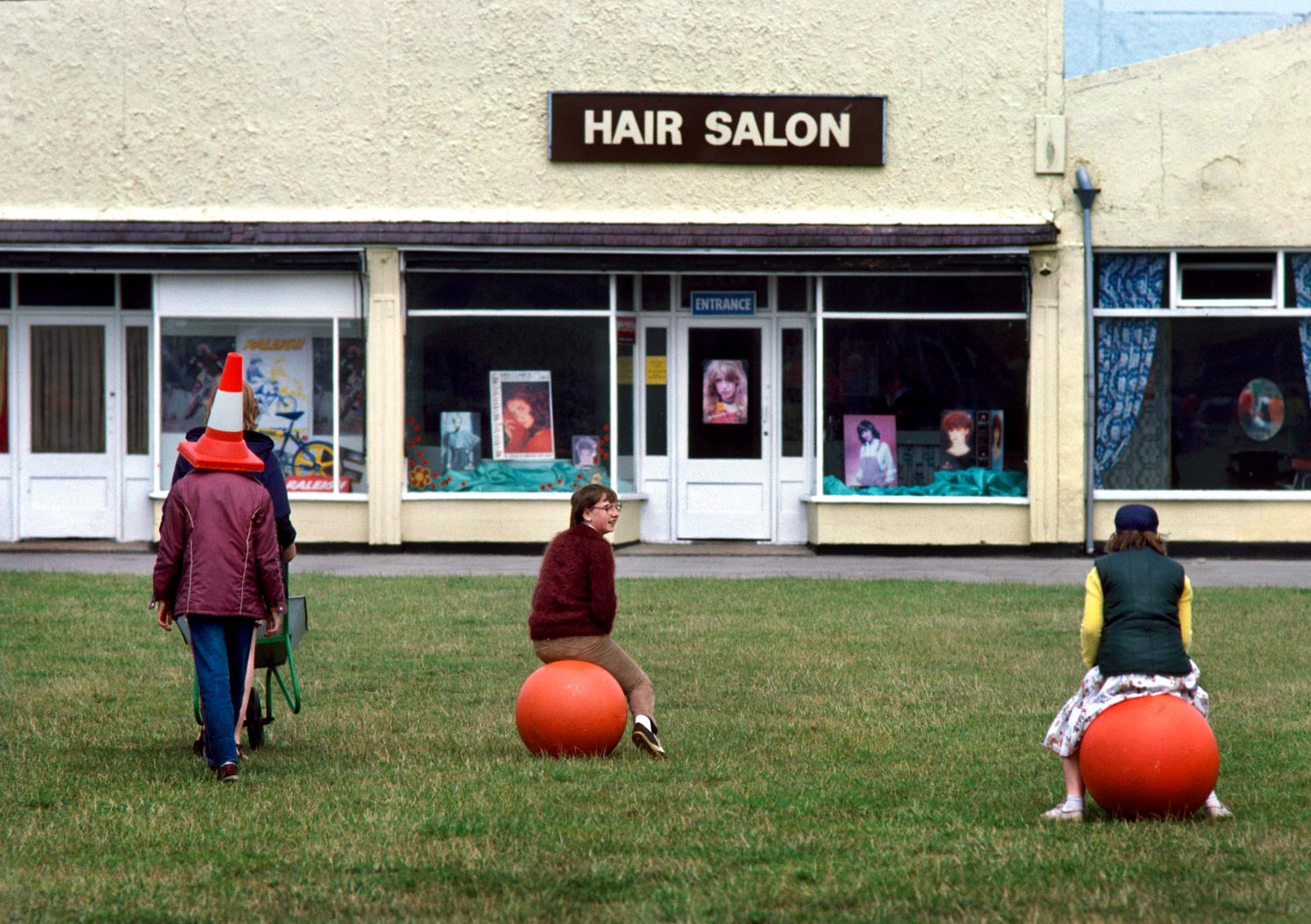 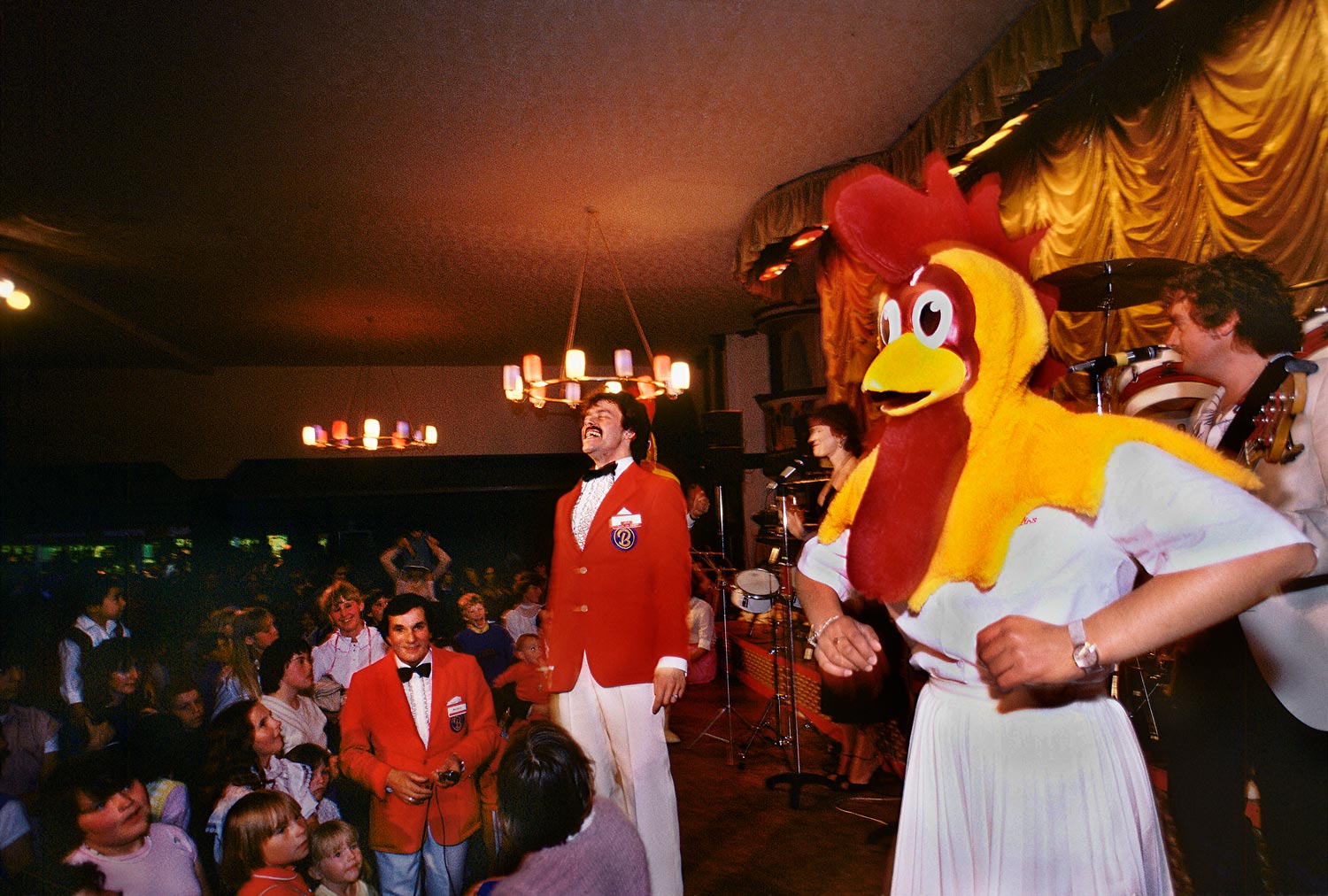 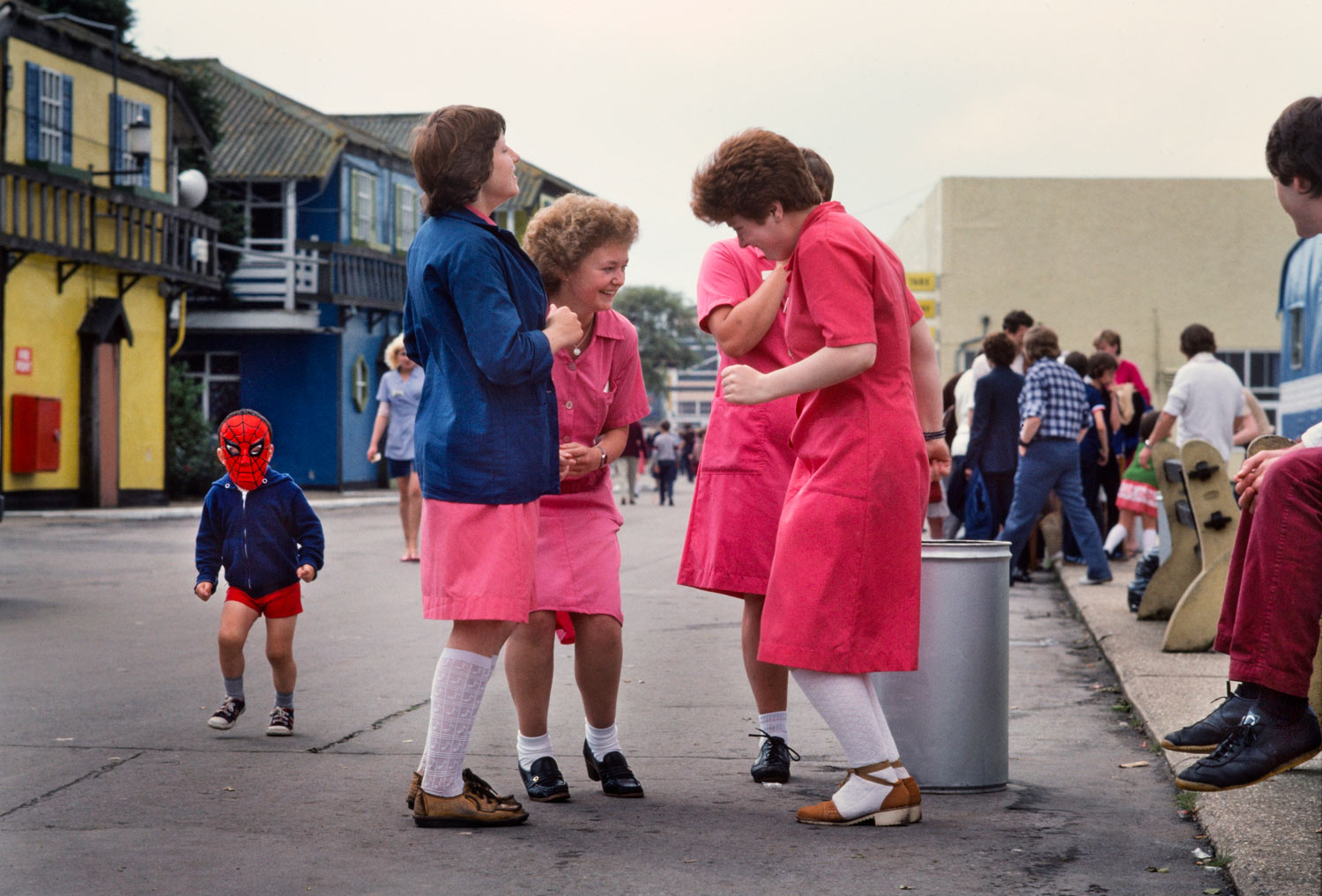 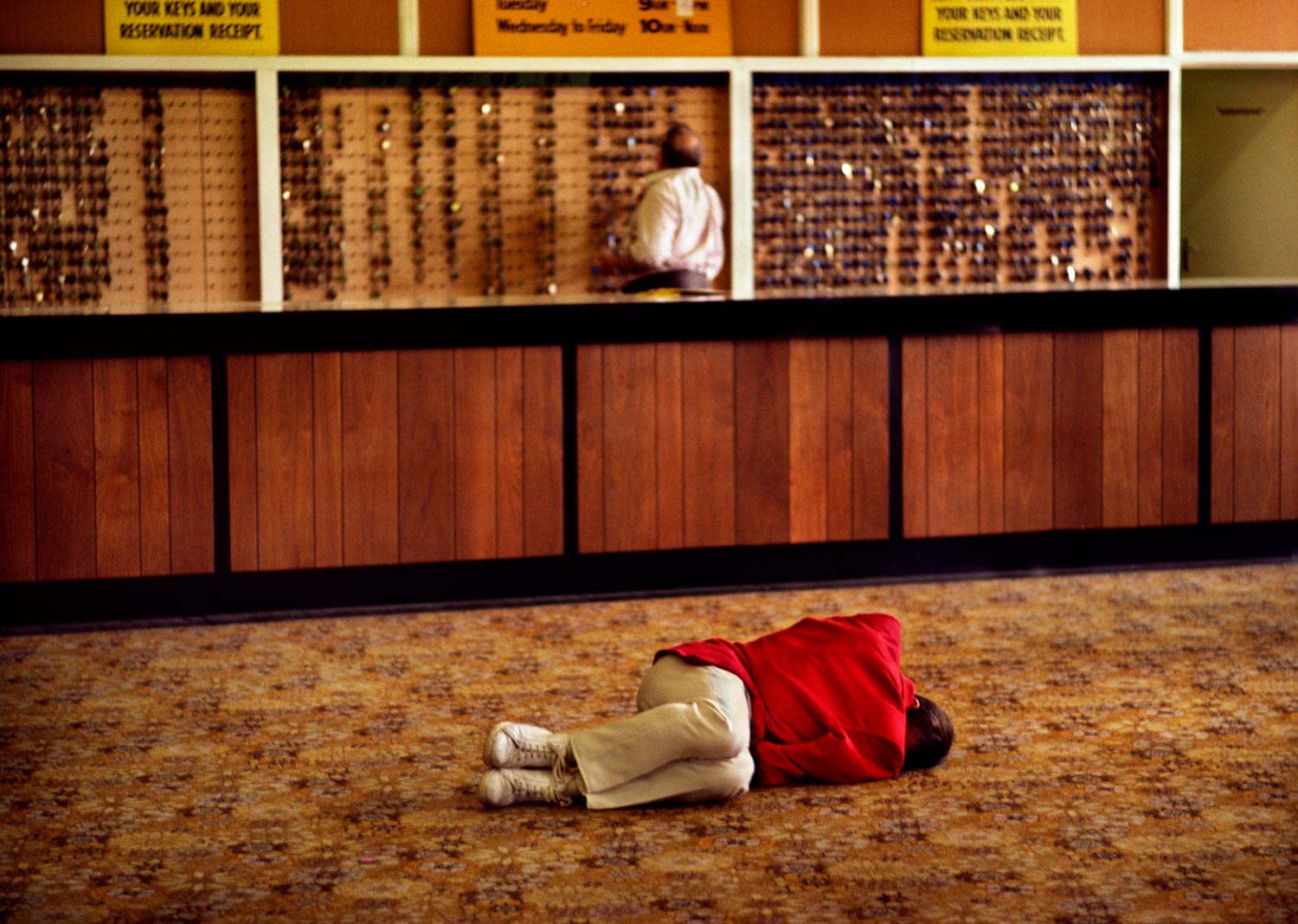 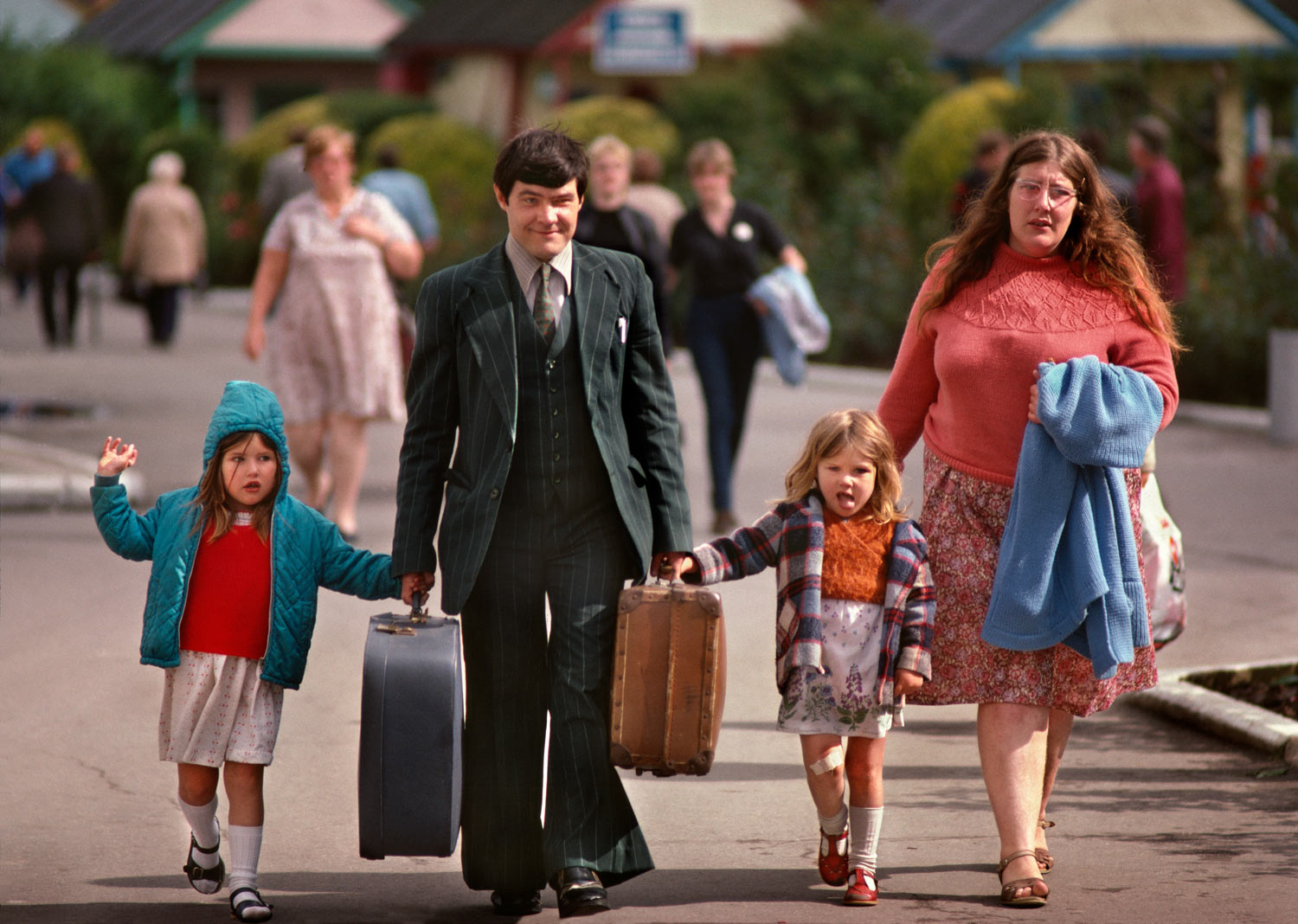 Butlin’s Holiday Camp 1982 is out now on Hoxton Mini Press.

Linkedin
RELATED ARTICLES
OTHER ARTICLES
Photographer Melanie Nissen recalls capturing the characters, fashions and rarefied chaos of a rapidly-expanding set of punk bands who helped to redefine the genre.
Photographer Alice Mann reflects on capturing the camaraderie and discipline it takes to succeed in a highly-competitive sport.
From the queues outside to the last ones standing, Francesco Mellina’s new photo book follows a night that has gone down in the Northern-Soul history books.
With abuse of call-centre staff on the rise, many are now speaking out about the hostility they’ve faced.
The novelist discusses his electrifying debut, which offers a deft examination of masculinity under late capitalism.
In the UK, Hongkongers are continuing to stand in solidarity with the pro-democracy movement.