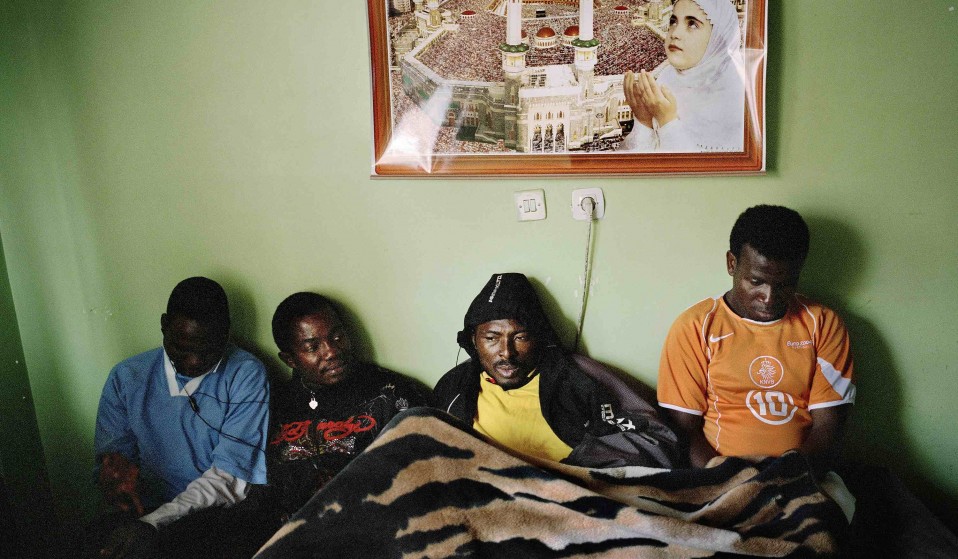 When Jason Andrew exposed human trafficking in football, he found himself questioning his own role in the documentary game.

When Jason Andrew exposed human trafficking in football, he found himself questioning his own role in the documentary game.

In late 2010, I boarded a plane for Istanbul with a few hundred dollars and no real aim. The daily hustle of life in New York City had taken over and I was struggling with depression.

I carried resentment towards other photojournalists within our small community who made it all seem so easy. I felt like I was failing, both in life and at photography, and was on the verge of giving up. Then I met Akeem. 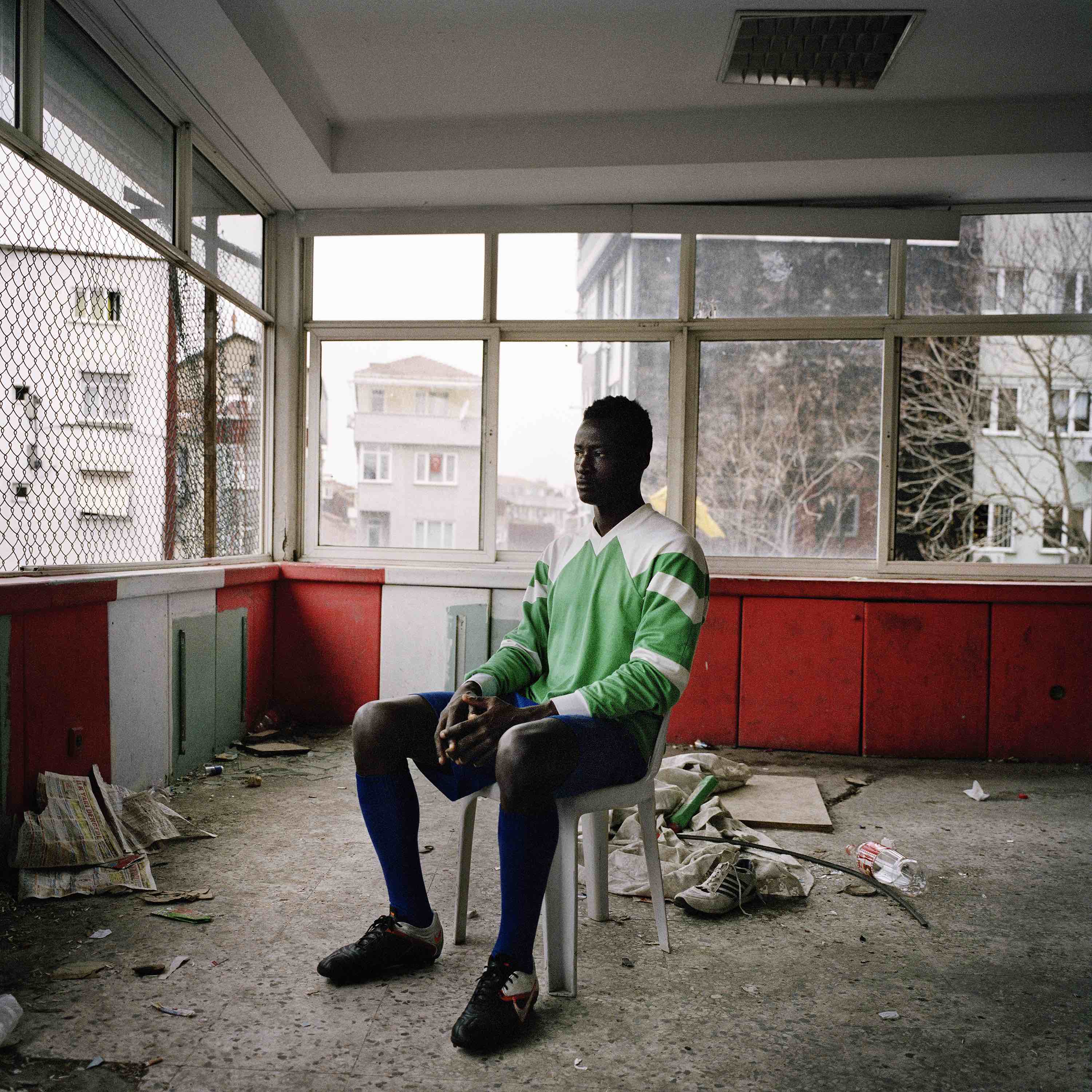 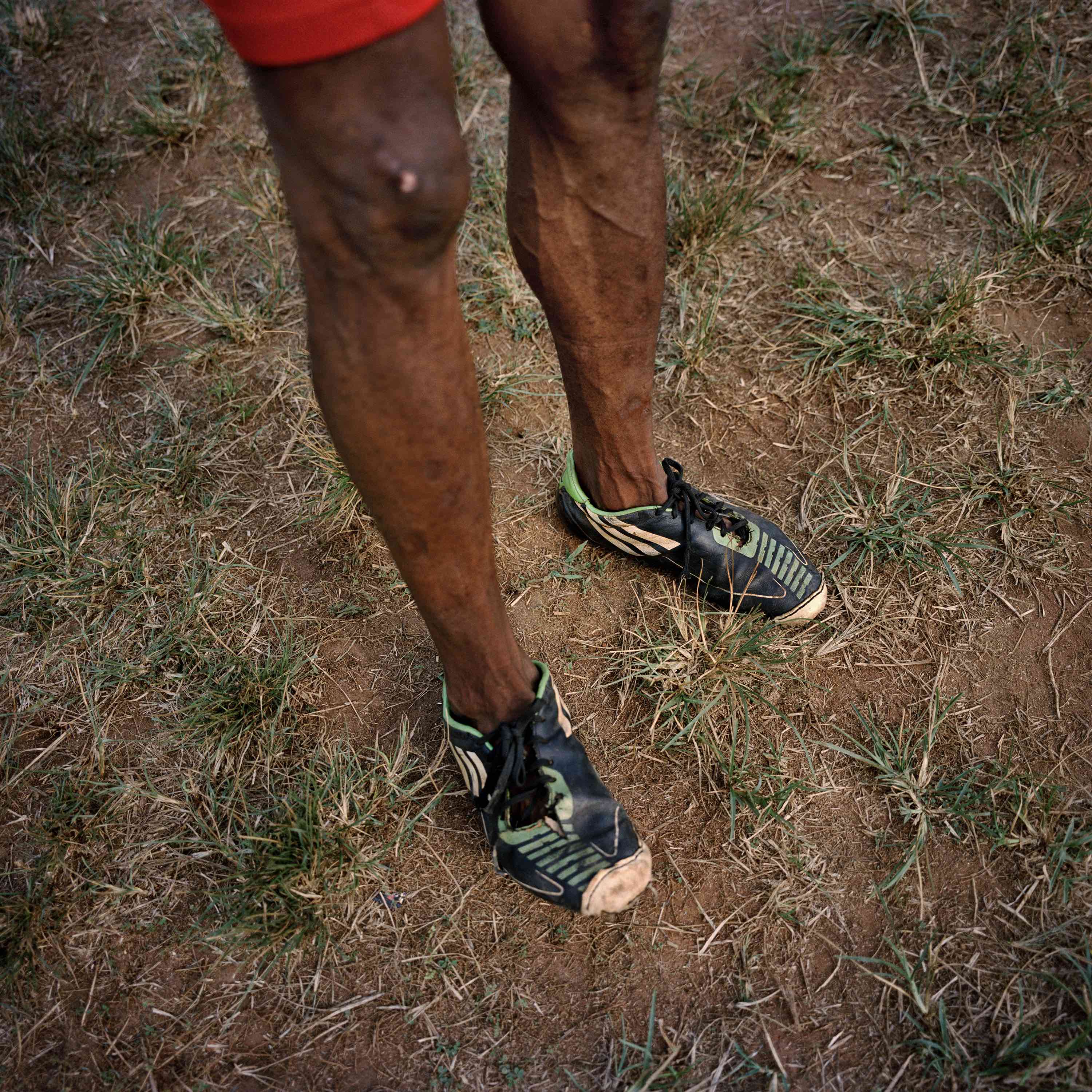 It was a cold fall afternoon. Akeem sat behind an old wooden desk in a small internet café in the Kurtulus neighbourhood of Istanbul. With one eye on the television, he kept tabs on the many West African customers streaming in and out using the computers and phones at a furious pace. But Akeem seemed different; quiet, thoughtful, even distraught. I felt like I was looking at a reflection of myself; two young men from different paths, out of step with the rhythm of people with a purpose.

Over the next few days, Akeem told me about his passion for football; how he had travelled to Istanbul with a team and a coach, excited to start his life as a professional footballer. But within weeks the coach had disappeared, abandoning them in a foreign city. Akeem, along with around forty other men, gave up everything to board that plane – leaving their families in Nigeria and borrowing thousands for fake papers – all on the promise of a dream. 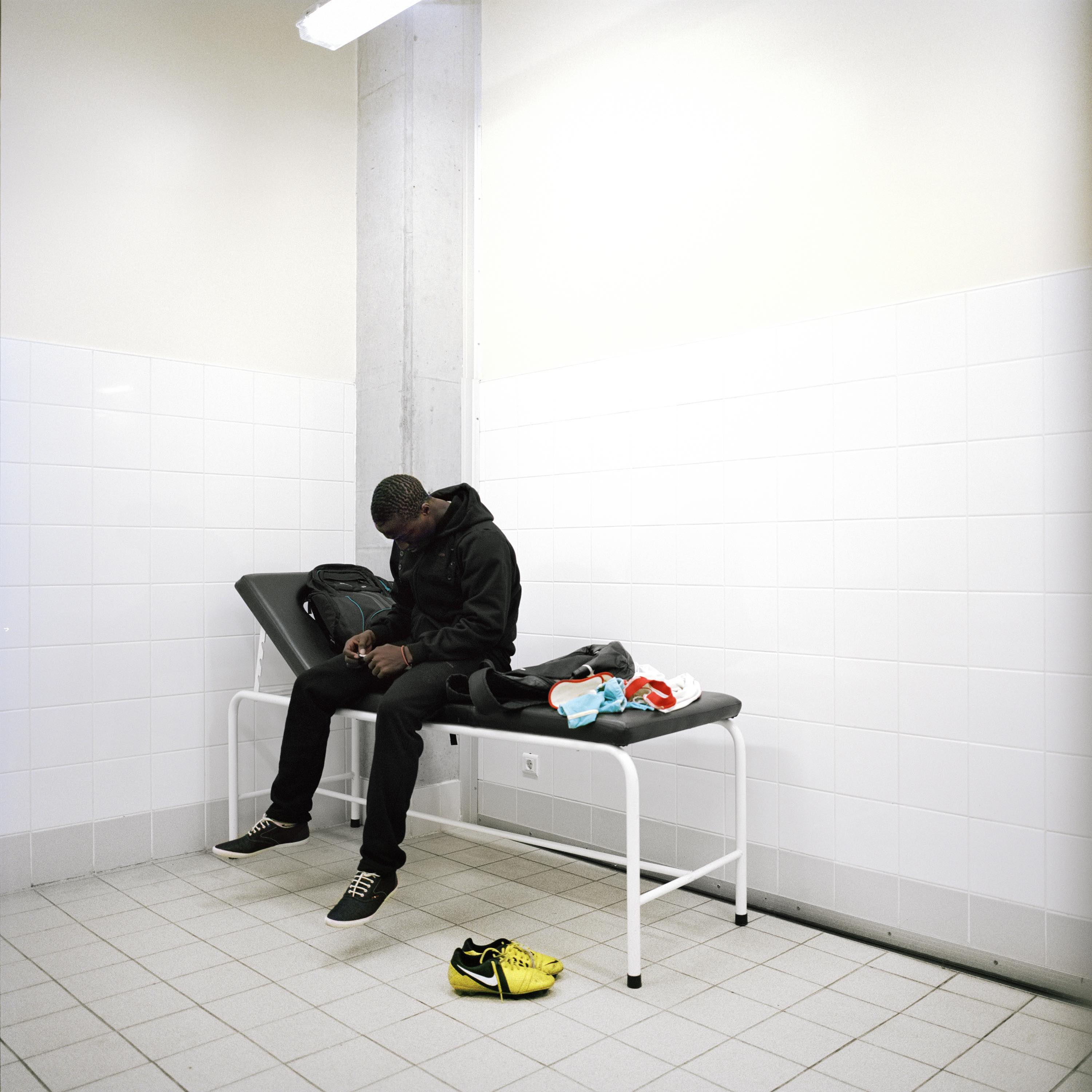 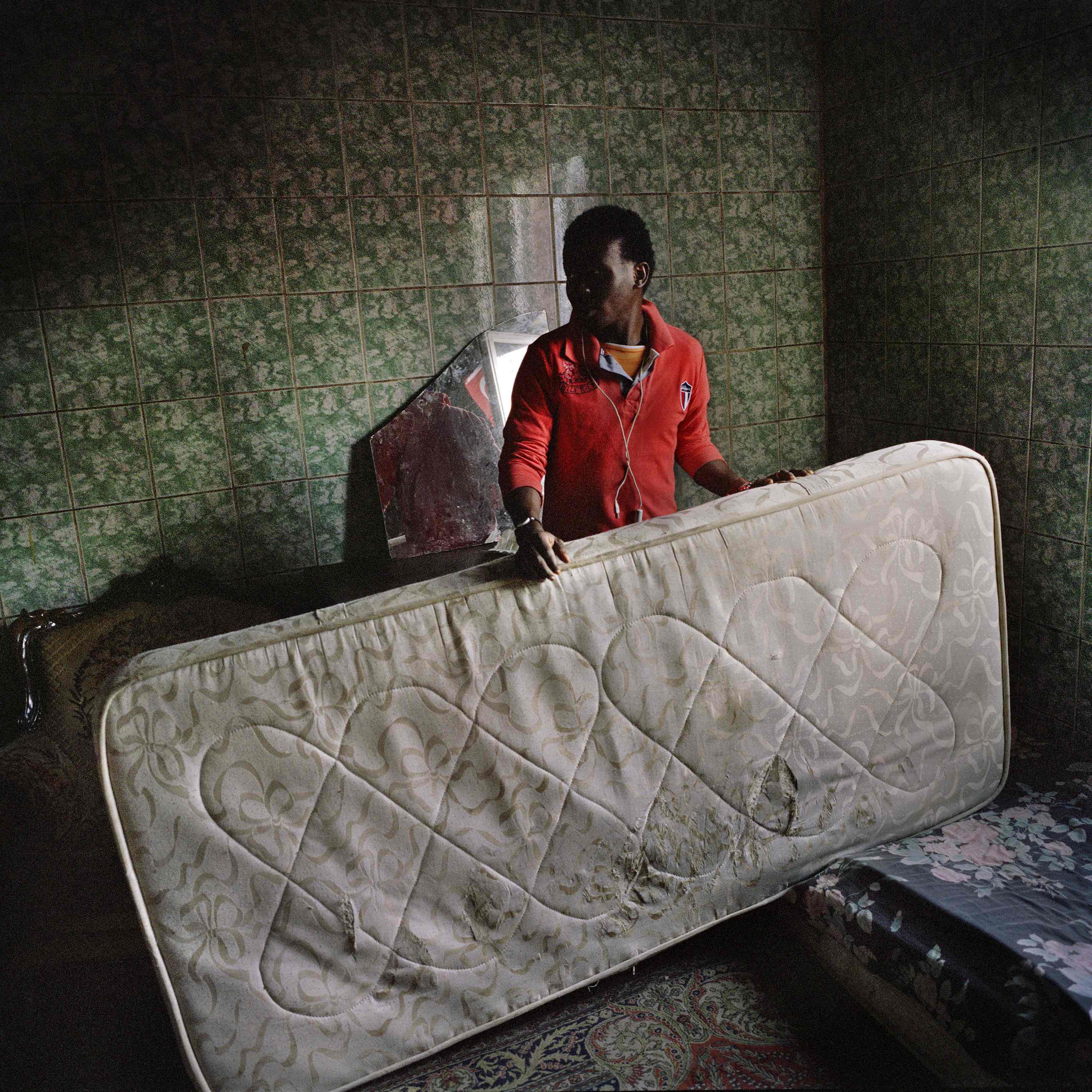 I couldn’t comprehend what Akeem had lost – how he’d been led astray by fake scouts and rogue agents – but I found myself empathising nonetheless. I had recently uprooted my entire life, too, quitting my teaching job in San Diego, selling what I could, packing up my truck and driving to New York – all in the hope of fulfilling a dream.

I was thirty years old – ancient in an industry where you have to hustle to build a name – but I was determined to make it as a photojournalist. After taking out extensive loans to attend the International Centre of Photography, working random restaurant jobs to make ends meet, I put everything on the line to make it happen. An editor of mine used to joke that I looked like I hadn’t slept or eaten in days. She was right. 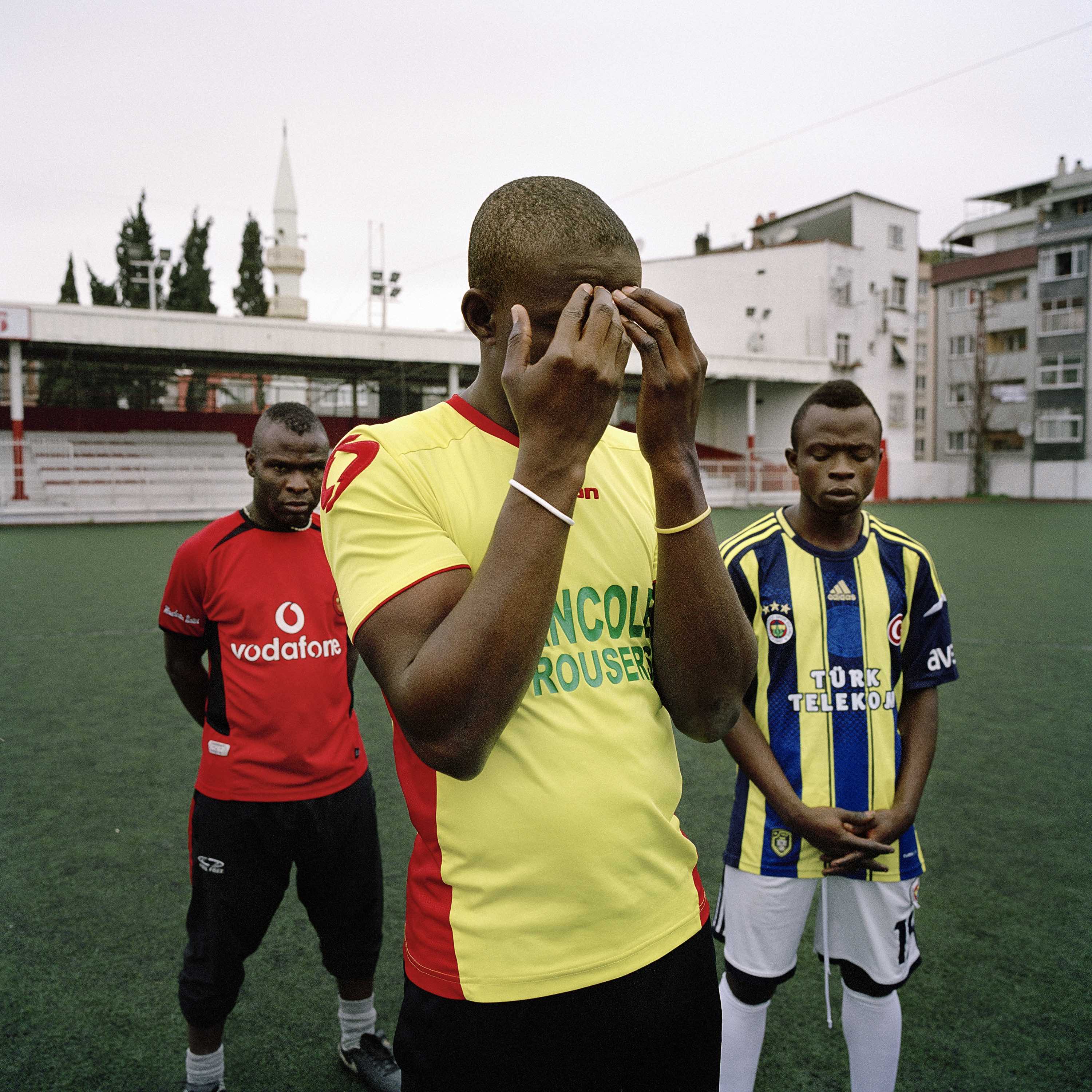 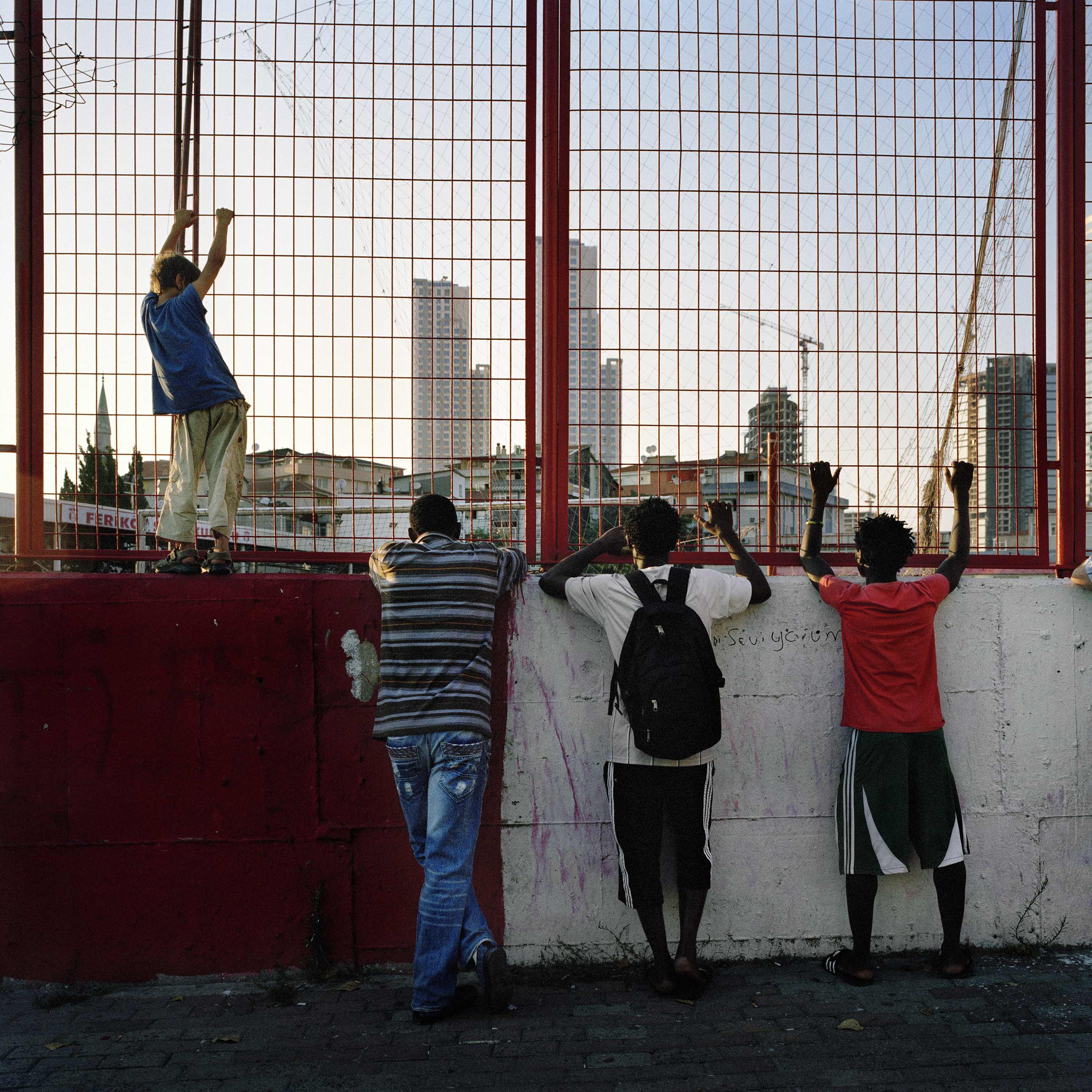 Akeem, Jerry, Dayo and Billy – along with many others – shared the same blind determination. They stuck to their daily football training regime, working illegally in factories or turning to internet scams to put food on the table. Jerry once said to me, ‘What other option do we have?’ Without legal paperwork, the hustle became the game.

In the evenings, after the pitch lights went out, we’d sit on Akeem’s bed, our backs up against the mildew-coated wall, and talk back and forth about football, money, life – how it feels to live in the shadow of a city that won’t accept you. We were walking different paths but could connect over our ambitions. We flew by the seat of our pants. And we loved it.

But in January 2014, on another visit, I noticed a change. The hustle had entirely consumed Akeem and his friends’ lives. Their love for football remained, though they barely played anymore. When I urged them to white knuckle it until they made it, they kicked the ball around the pitch only to appease me. I felt like they had given up. 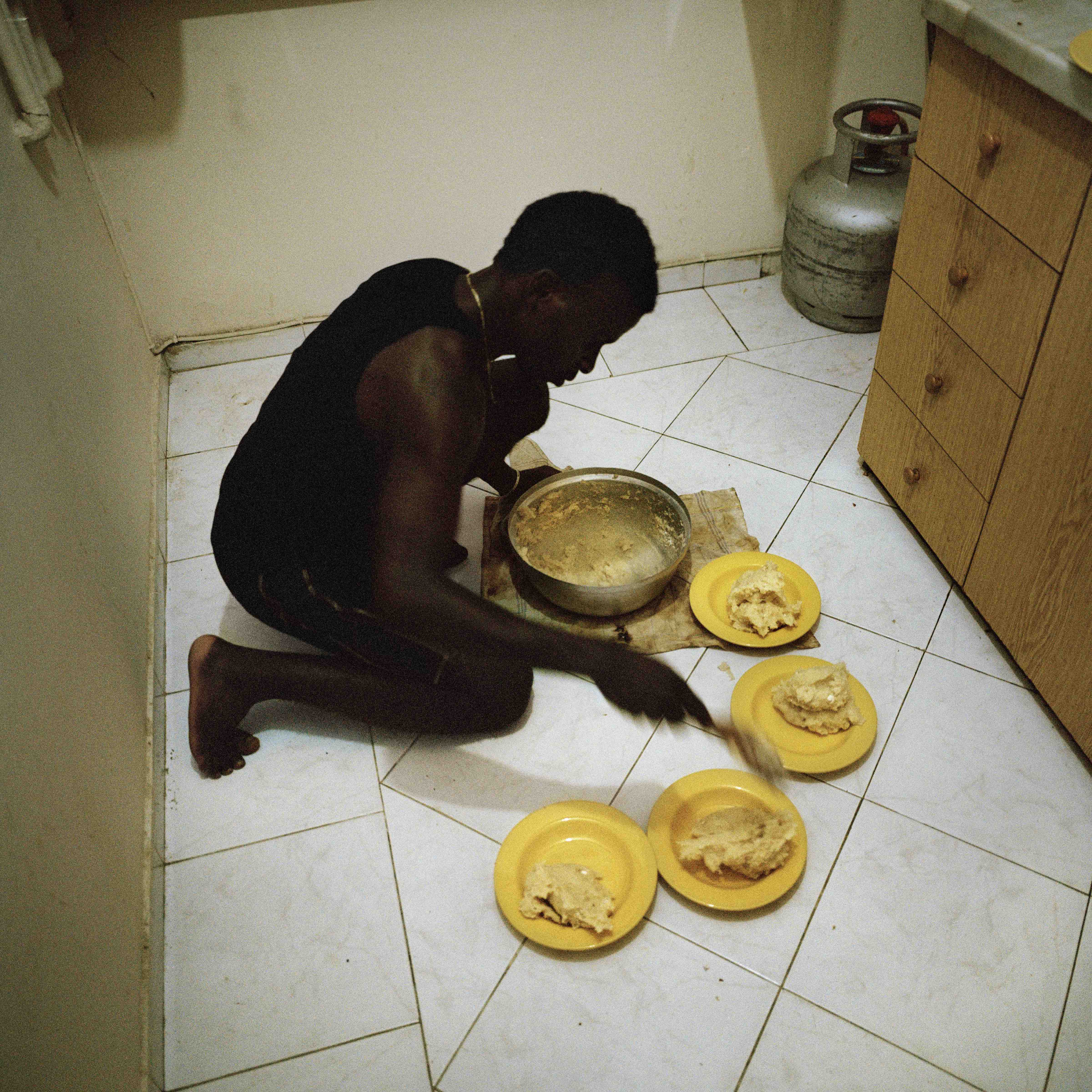 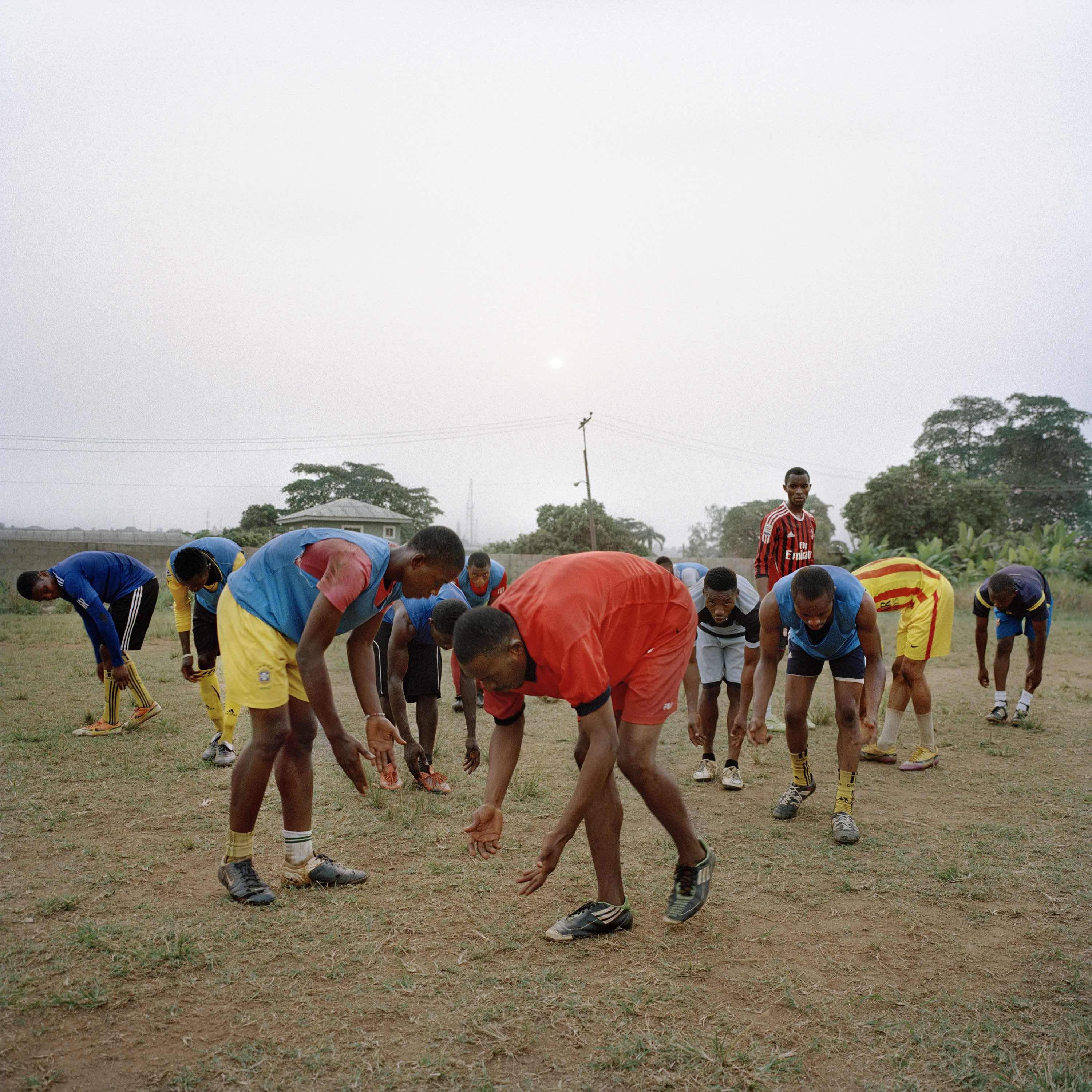 Back in 2010, I naïvely believed we were on parallel paths. But I can no longer gloss over the distance between us. Akeem and his friends have been cemented into a rut by circumstances that I can empathise with but never truly comprehend. While they are better than many Turkish players, without the legal paperwork – or money to bribe the right official – they will never play professionally.

Photography, on the other hand, is now paying my bills. And their lives, documented through my camera, have helped enable that. Looking back, I sometimes feel guilty about what I’ve done. These images propelled my career forward and helped me live my dream. But what good, really, did my photographs do? 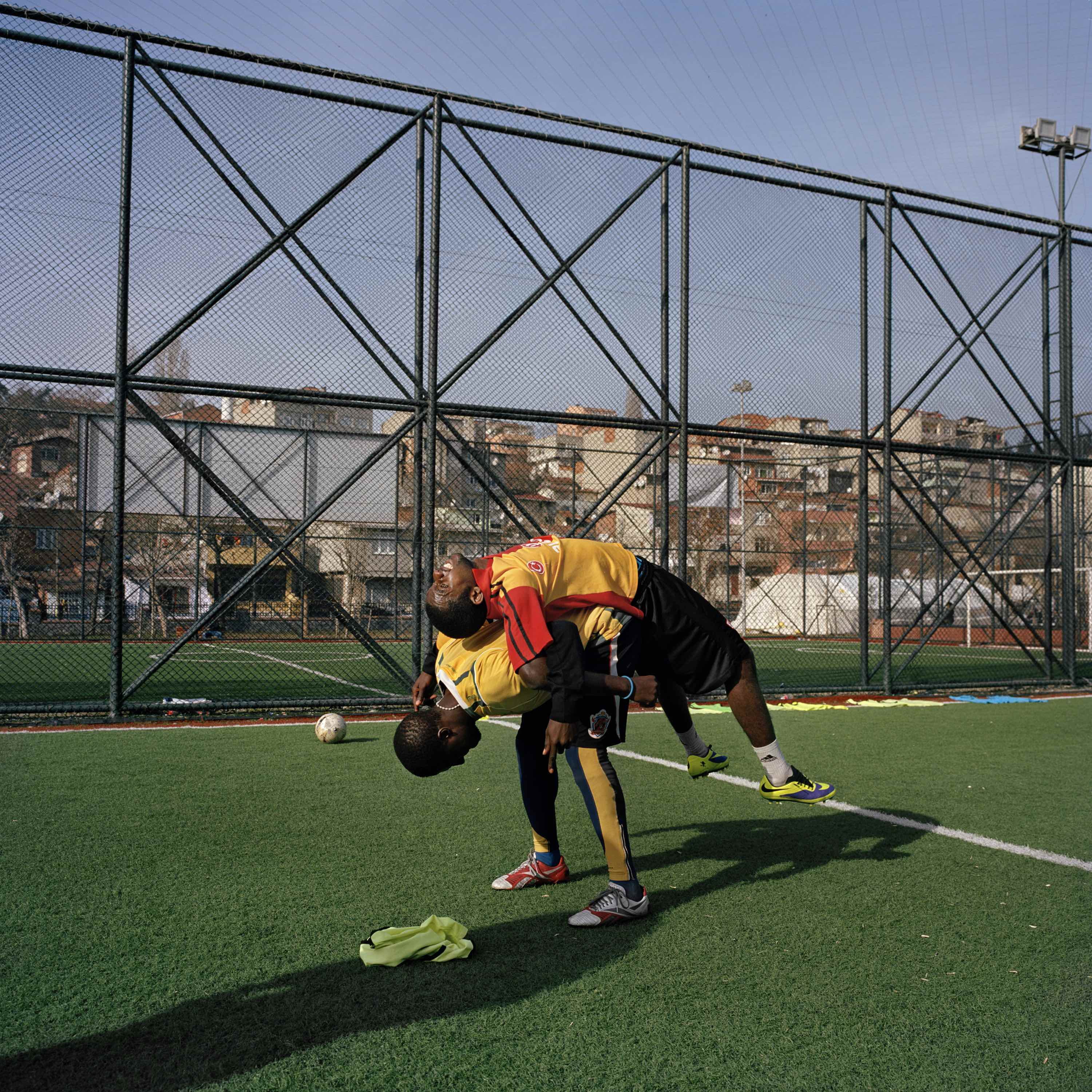 I have no answer for that yet. All I know is that I admired these men for their strength and determination. They taught me about perseverance and passion and, most importantly, I valued them as friends. Or was that all just part of the hustle?

Check out more of Jason’s work on his website.

Linkedin
RELATED ARTICLES
OTHER ARTICLES
A new podcast is opening up the conversation between trans women and trans amorous men in the hope of building coalitions.
Social prescribing connects people with non-medical support to improve their health and wellbeing – but some experts worry it’s just a stick plaster solution.
Since 2007, Gideon Mendel has made 20 trips to document floods in 13 countries. The result is an alarming record of what has already been lost to the climate emergency.
A new exhibitions brings together the work of photographers who documented the deep unrest of these pivotal decades.
After building his reputation covering the US civil rights movement in the 1960s, the photographer went on to produce some of the most enduring images of the past century.
At his West Bank restaurant, Fadi Kattan established himself as the voice of modern Palestinian cuisine. Now, he’s bringing his innovative, bold flavours to the UK’s capital.