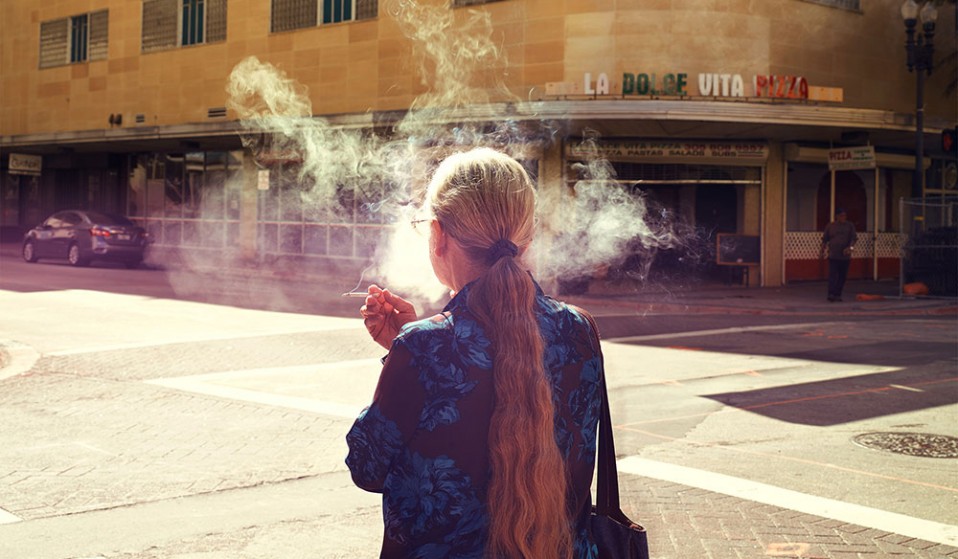 Oli Kellett likes being a pedestrian.

In 2016, during the run-up to the US presidential election, Kellett began embarking on a series of “anti-road trips”, spending up to 10 days at a time wandering the streets of different American cities on foot, looking for spaces in cities where people came together. 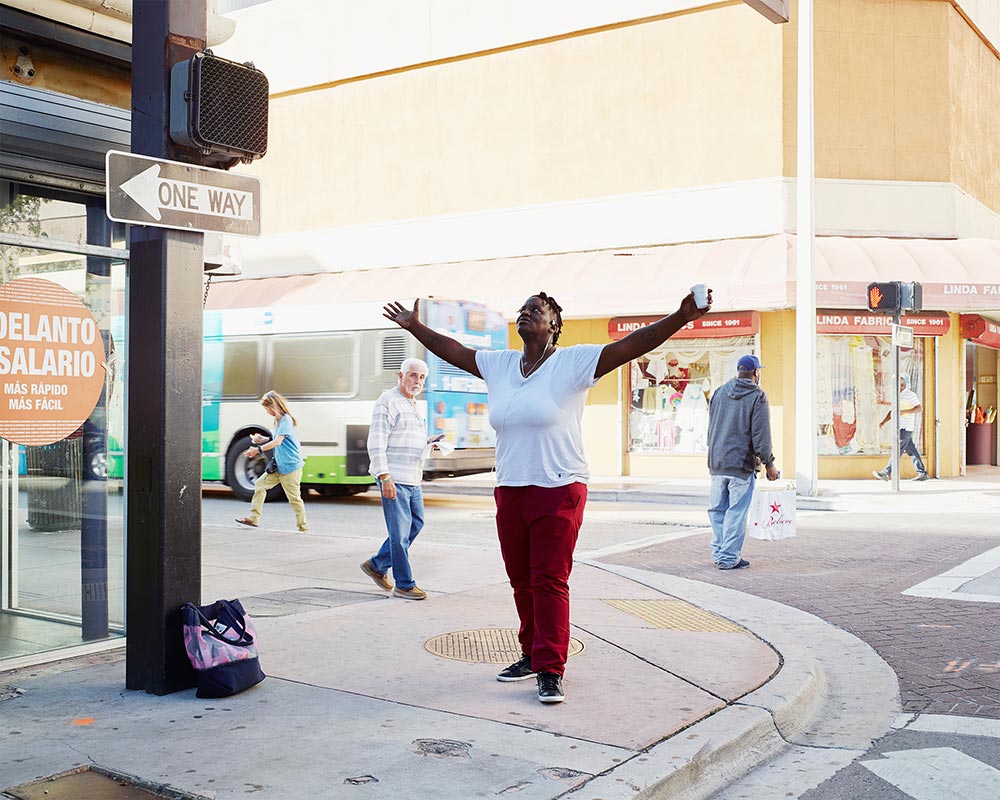 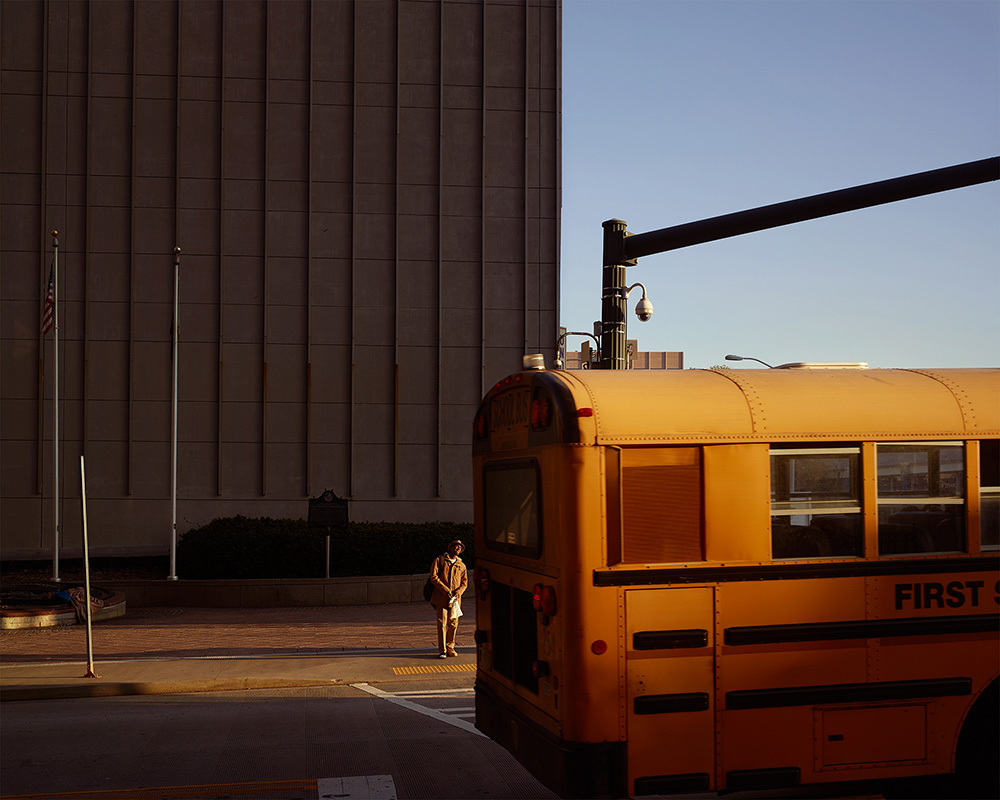 “The long history of amazing photography made on the street is so daunting, it’s truly terrifying,” he explains. “I’m inspired by the photographers before me who go through the process of going out and walking the streets and coming back with something profound.”

“When I look at those Joel Meyerowitz colour prints, during the ’60s and ’70s – the compositions and colours, the couple walking through the steam – no one could predict that, the different parts of that image all coming together at once. He got up that morning not knowing what the day had in store and came back with one of the finest photos ever made.”

So far, the ongoing project has taken him to LA, Miami, San Francisco, Chicago, New Orleans, Houston, New York and Atlanta. His images, taken using a tripod and a slow camera with large format movements (“everything is manual: the focus, the controls”), freeze urban spaces, depicting fleeting moments at their most mystical. 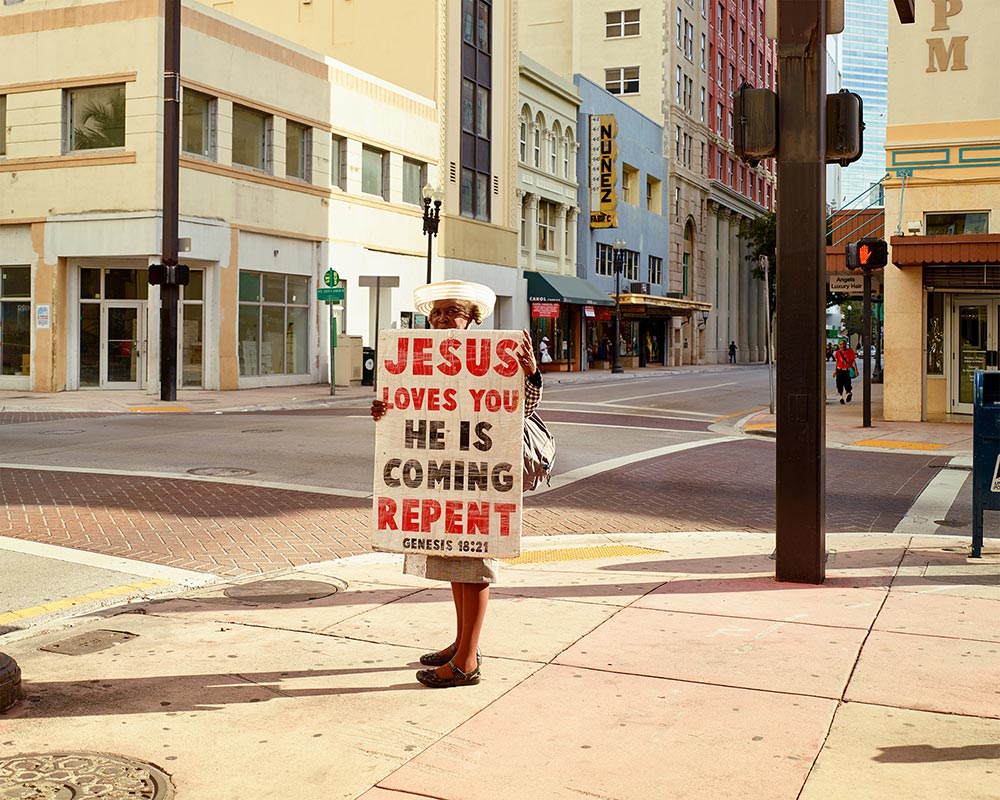 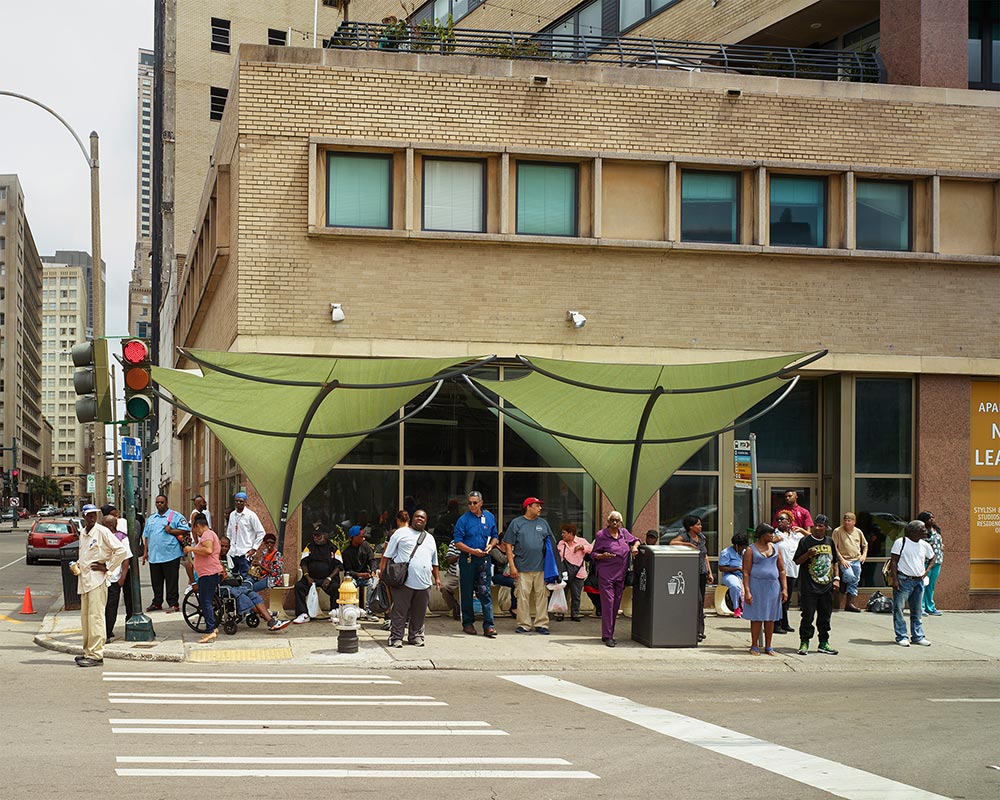 For Kellett, it’s the uncertainty – the “might” – that remains the most exciting in his work. Operating in unfamiliar environments, he treats the city as a stage (“real life is far more unpredictable than anything I could hope to imagine”), allowing the characters he stumbles across to create the story for themselves.

“As with all photography made on the street – or anywhere – you’re hoping to capture a moment which is universal, which transcends photography and people can identify with as a shared human experience,” he explains.

“This all feels very grand, but it’s reason I carry on. 99.9 per cent of the time it’s futile – but it gives you something to aim for.” 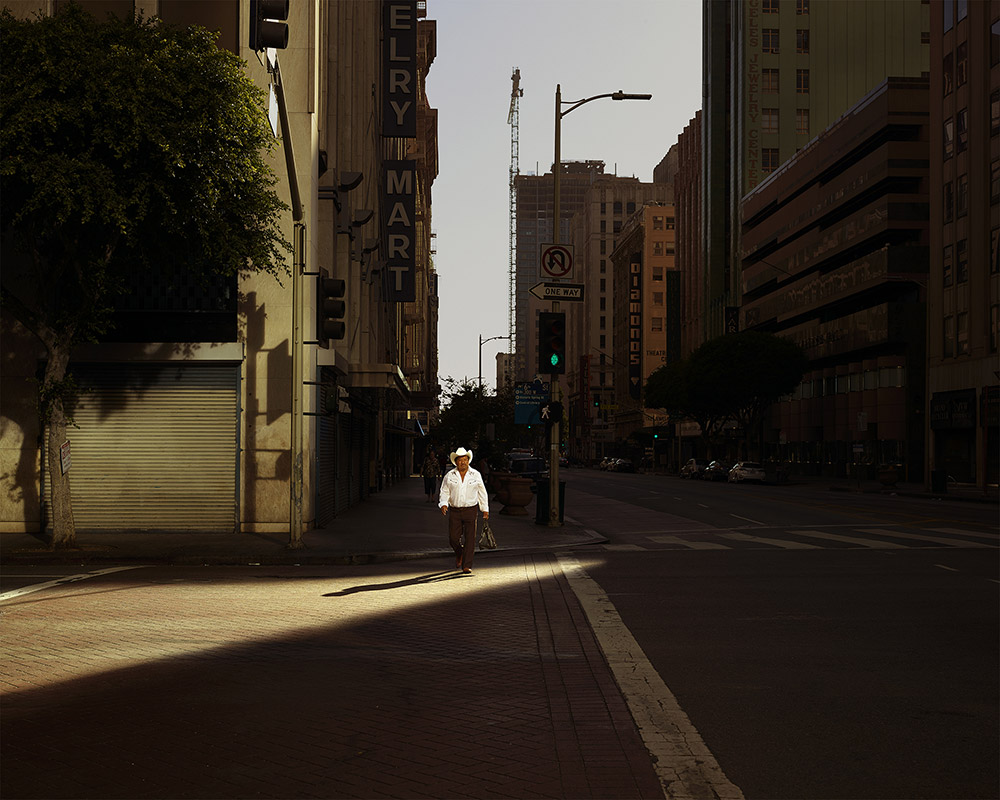 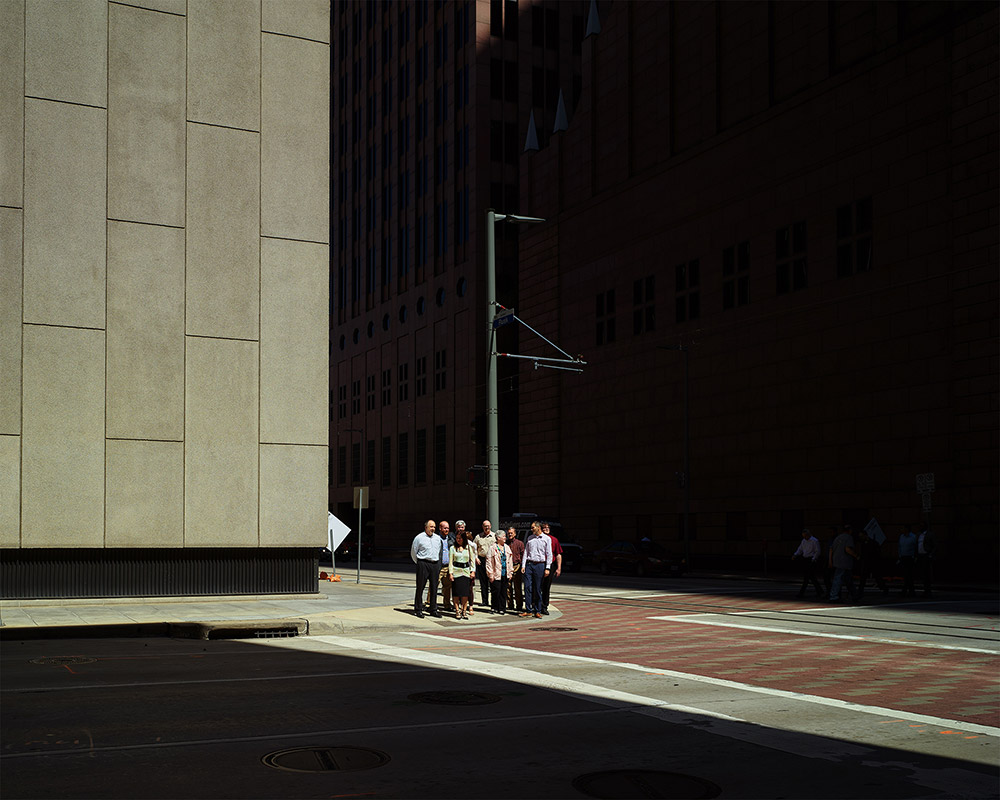 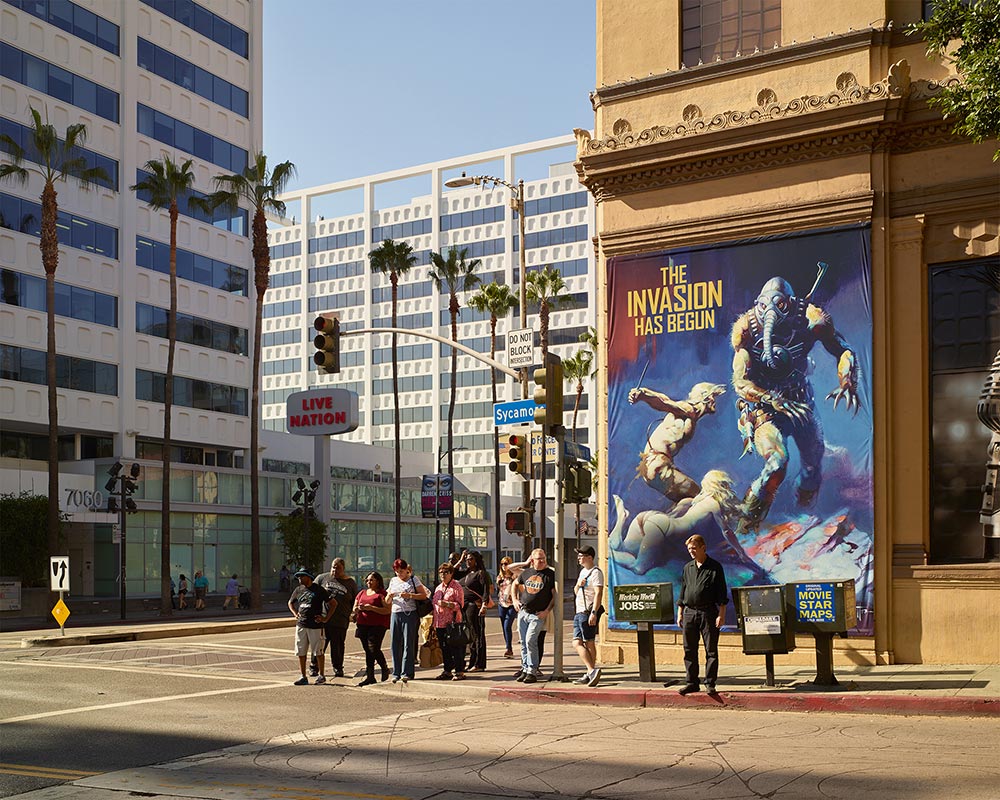 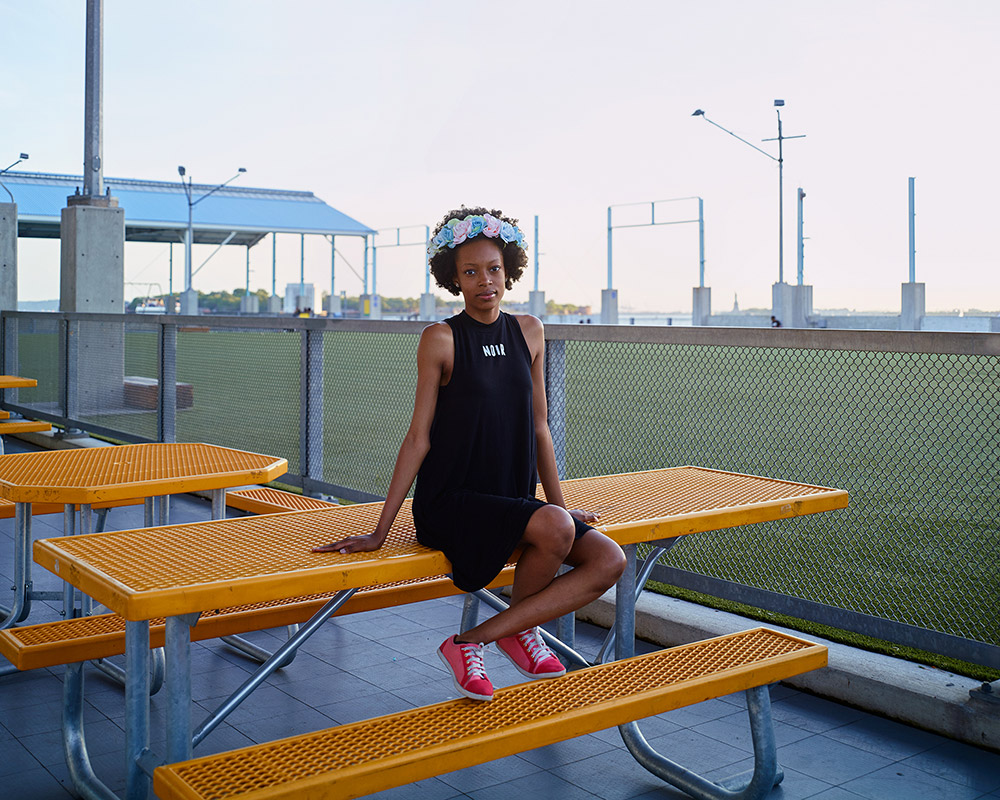 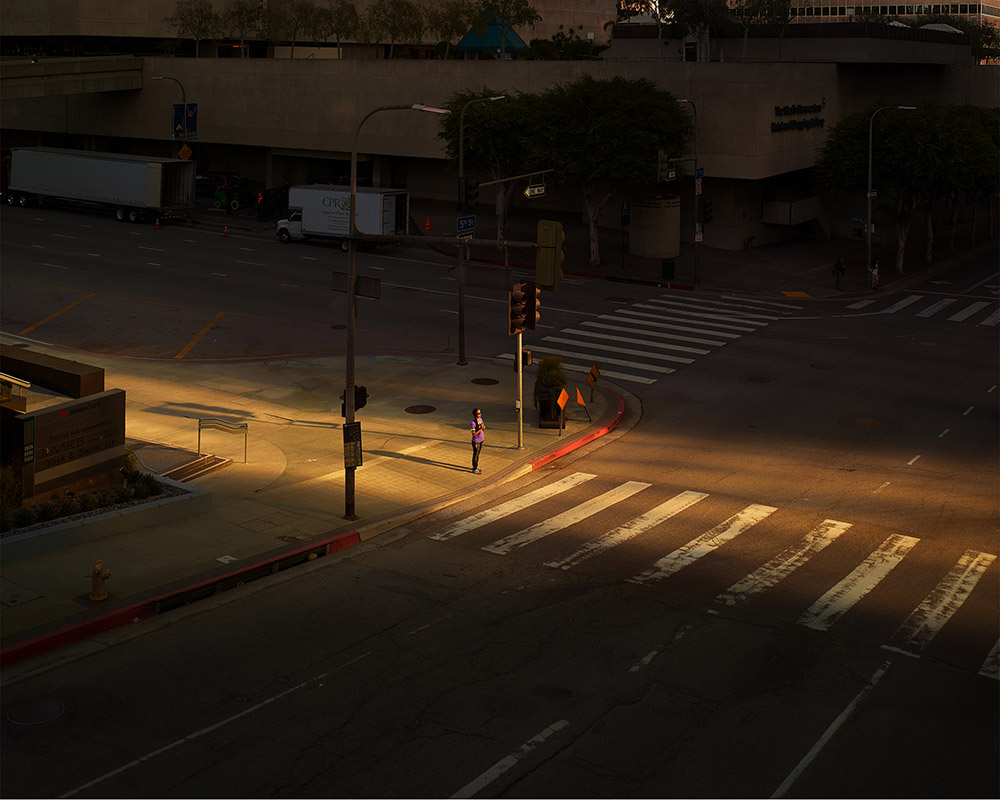 Oli Kellett is represented by Trayler & Trayler. See more of his work on his official website.

Linkedin
RELATED ARTICLES
OTHER ARTICLES
In the latest instalment of Photographers in Conversation, the chronicler of raves, protests and beyond explains why he’s drawn to such specifically visceral environments.
Photographer Arthur Grace recalls travelling through the Soviet Bloc and finding ways to evade the surveillance of his work.
The curators of a new exhibition are hoping to shed light on Plymouth’s vibrant but often overlooked nightlife.
A new edition of a seminal book brings together iconic images of the band onstage in their full glory and backstage in moments of unguarded camaraderie.
The past five years have seen a staggering increase in foodbank usage across the UK. Now, staff fear things are set to get much worse.
For decades, an area of East London has served as a community hub for Vietnamese people looking for a taste of home.