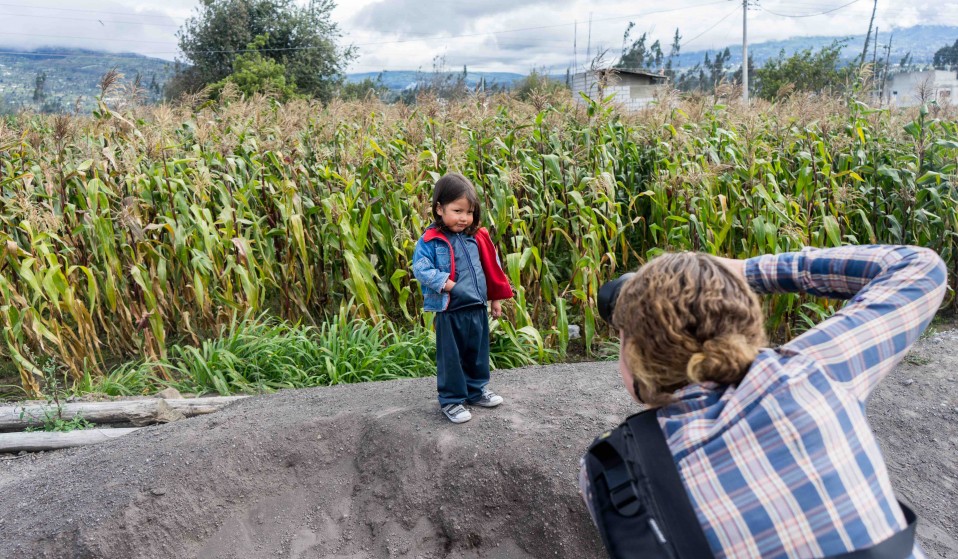 To most of us the idea of never having had our photograph taken is inconceivable, but for many people around the globe this is very much the case. Armed with a camera and printer, photojournalist Berta Tilmantaite headed to South America to give the gift of a ‘First Photograph’ to those living in remote communities there.

Can you imagine a life without photographs? In the age of the selfie, where our social lives play out in images across never-ending feeds online, the idea of never having a photo taken of yourself is pretty alien.

Since the first photograph of a human was taken back in 1838 – an accident, as Louis Daguerre’s long exposure shot of a Paris street picked up a man having his shoes’ shined – photographs have steadily come to define our relationships with each other, and ourselves.

From the framed images in your parent’s living room to the polaroids you took on a drunken teenage night out, most of us have grown up surrounded by our own image. Some people, however, have never had their faces immortalised on paper. 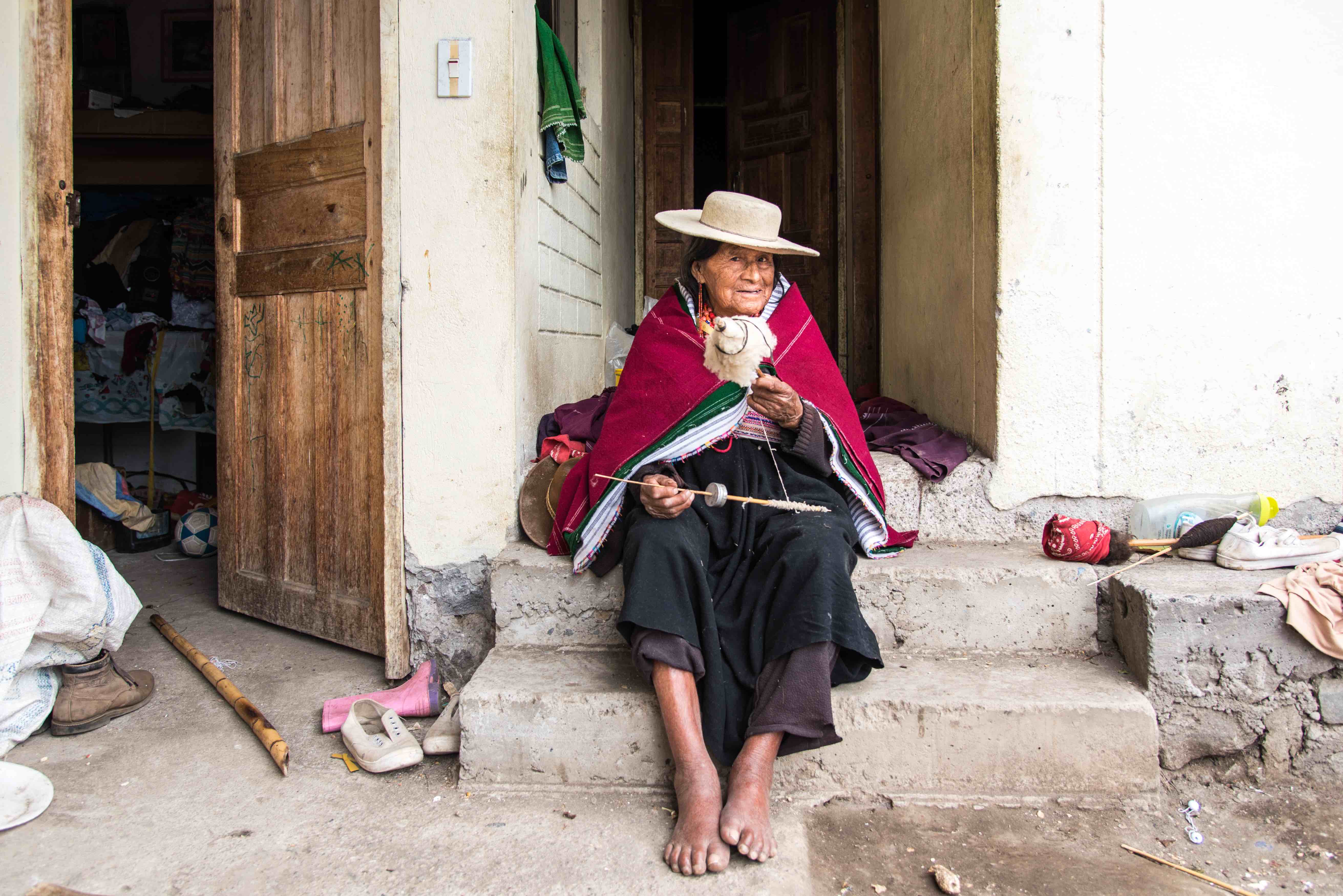 On a trip across Asia, Lithuanian photojournalist Berta Tilmantaite found some of these very people; locals who’d never had their picture taken. They wanted her to shoot them, and show them the result. Sometimes people would ask for the printed photograph, but as she was travelling with no printer in tow she had to disappoint them.

Berta was intrigued by the idea that these people had never had their image taken, transformed into print. She took some time to think, and found herself feeling inspired by the words of American essayist, activist and film maker Susan Sontag.

“To photograph people is to violate them, by seeing them as they never see themselves, by having knowledge of them that they can never have; it turns people into objects that can be symbolically possessed,” Sontag had once noted. 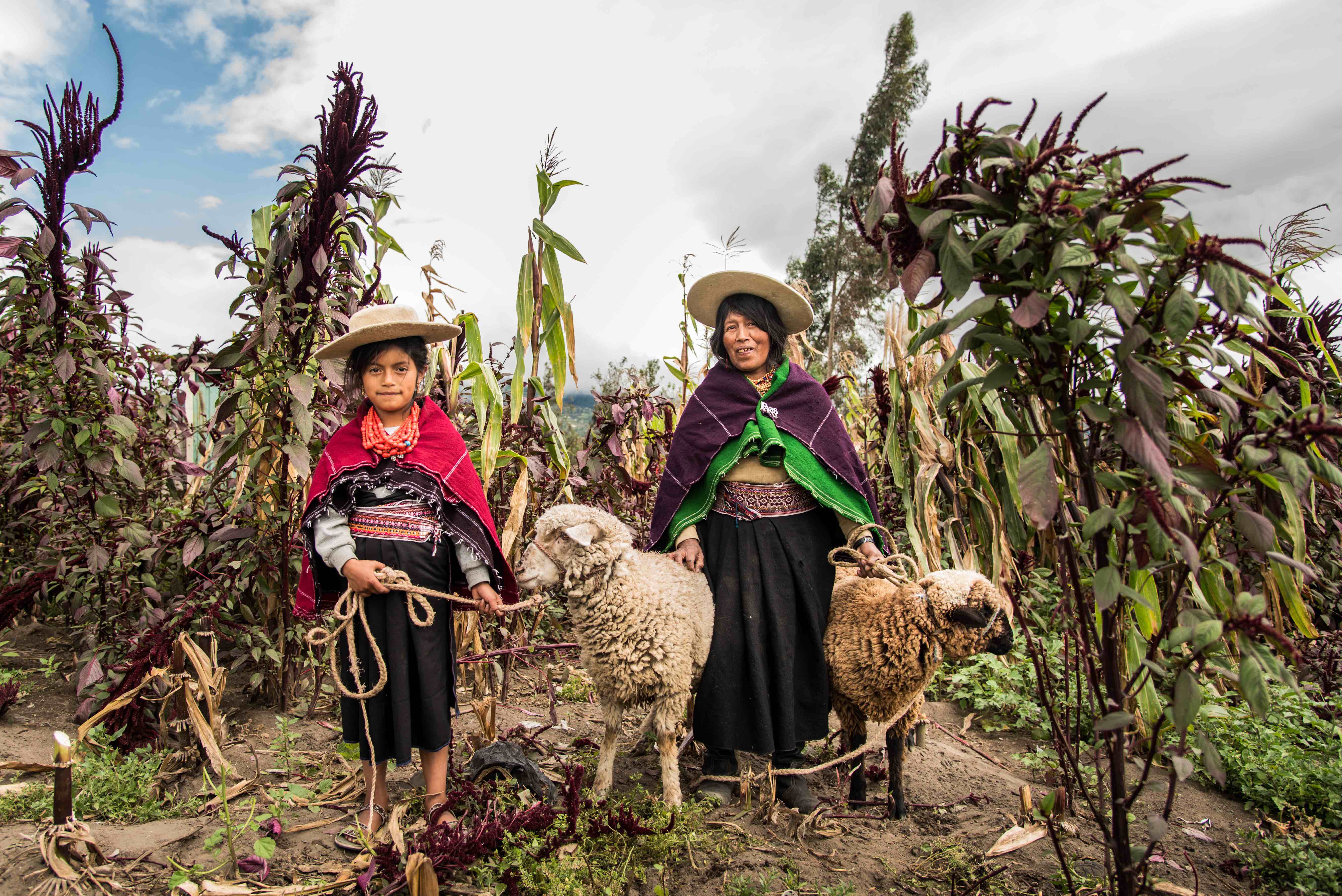 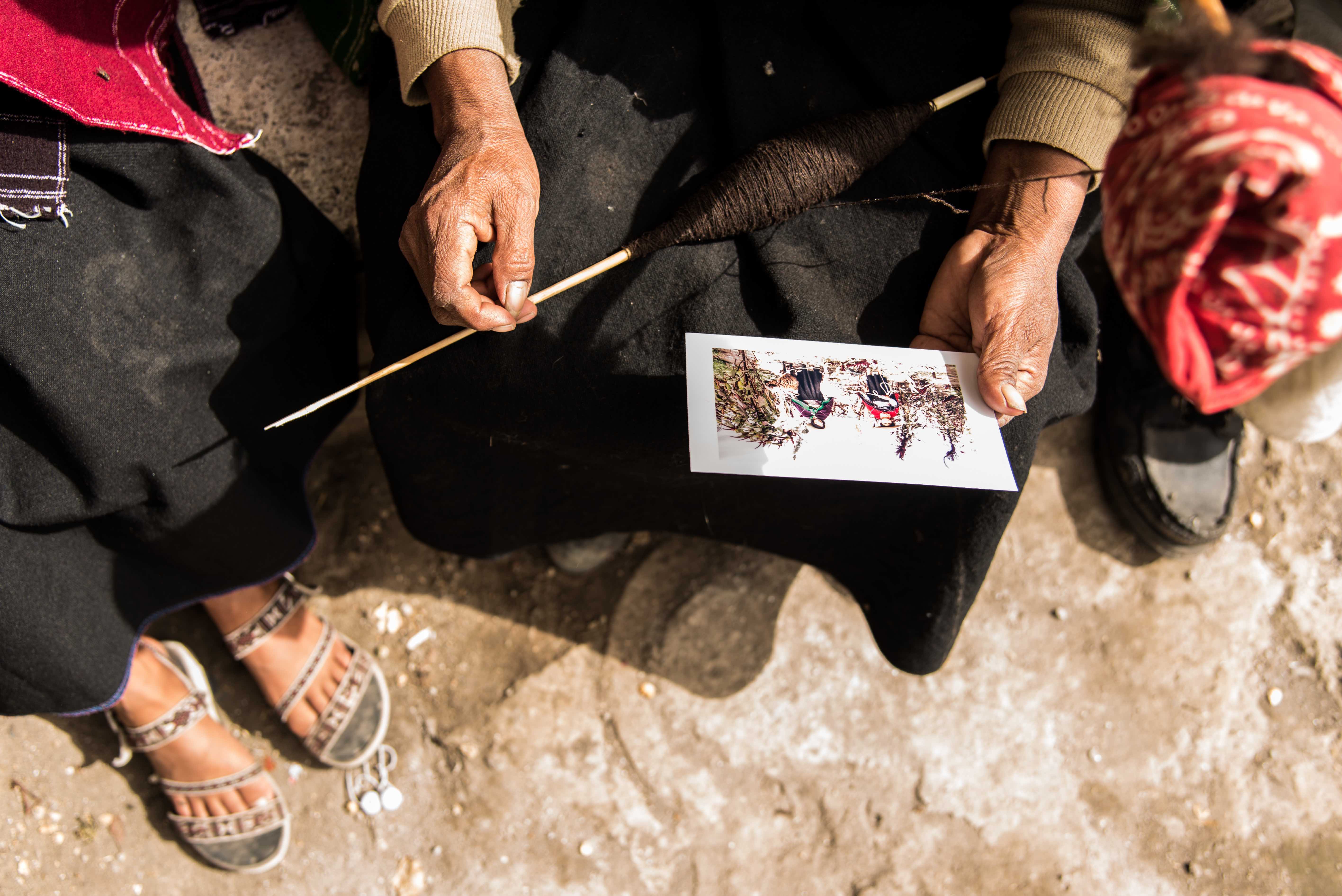 Berta was interested in turning the possessive properties of photography on its head, wanting instead to provide knowledge and new experiences to her subjects. “In doing so we not only symbolically possess them”, explains Berta, “but we also return them to themselves, so that they can see themselves as they never had before.”

Berta was also motivated by a strange unease that she felt as a photojournalist from time to time. “I often feel kind of guilty about the people I photograph”, she suggests. “I take the photos with me and [my subjects] never get to see them if I can’t email or send them published stories.” For Berta this project was about prioritising the subject, about giving something back. 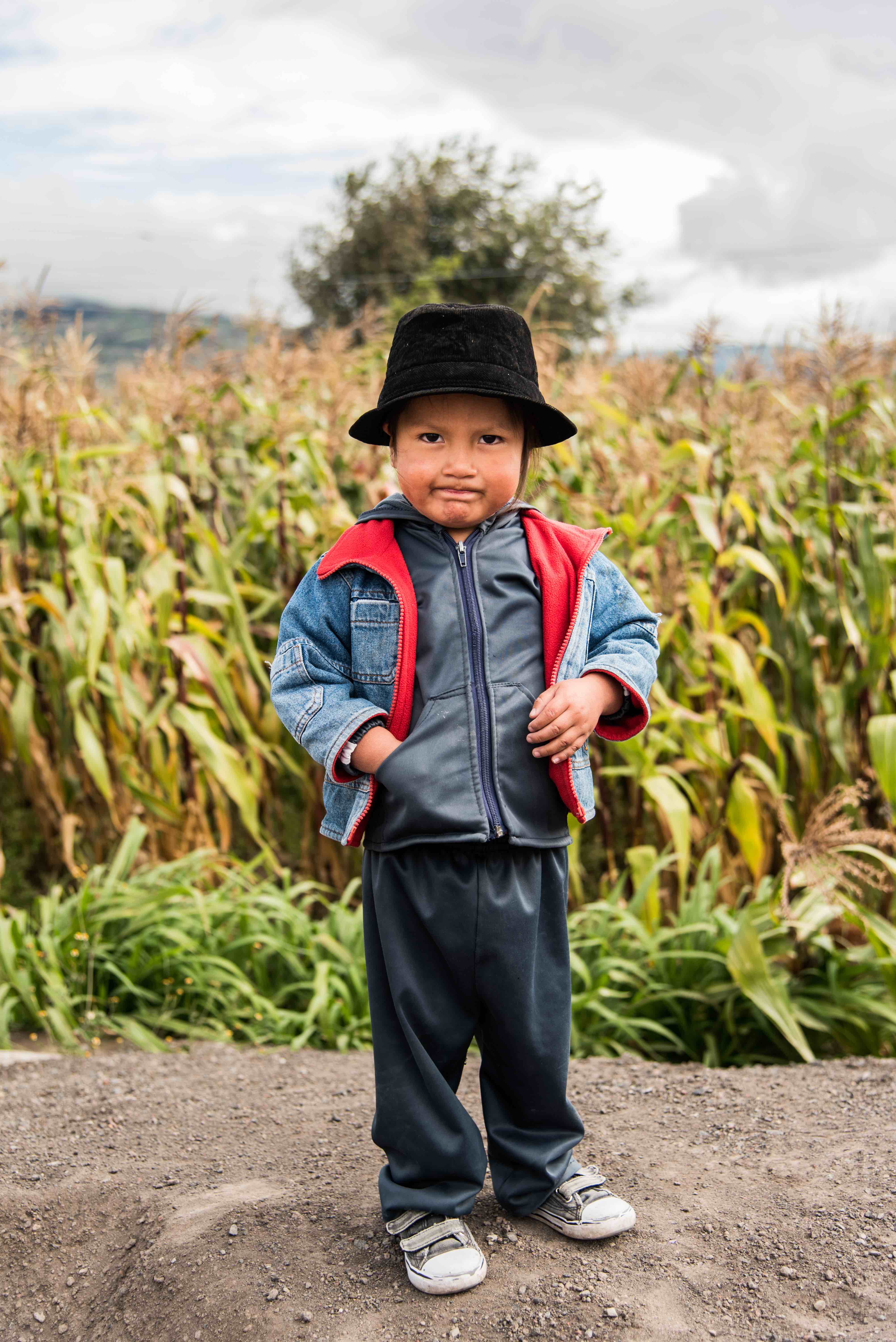 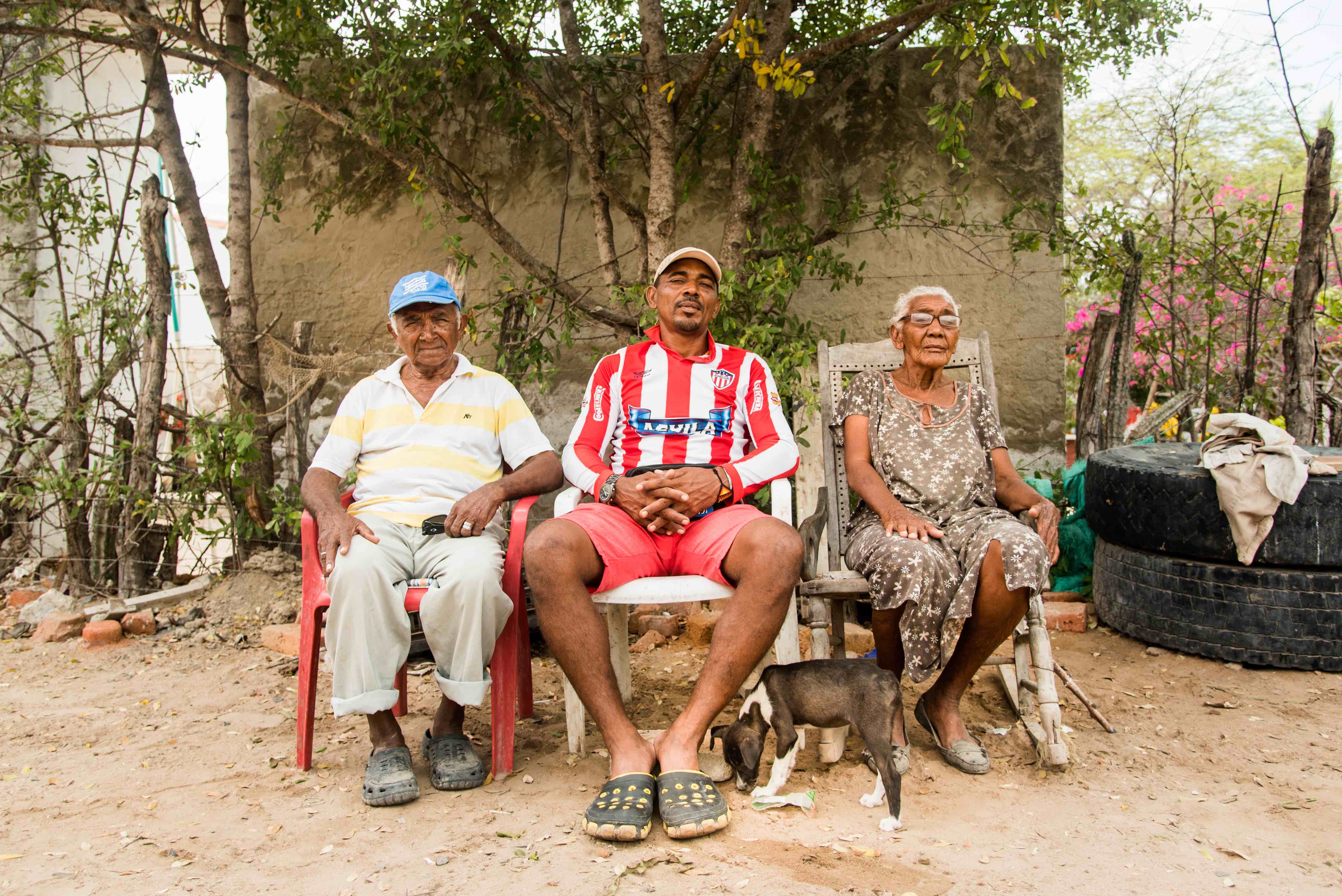 Feeling inspired by the people she’d encountered during her travels in Asia, Berta and her partner Lucas Cwierz  jumped on a flight to South America. They made their way to remote Colombia and Ecuador, determined to capture the images of people who had never had their photograph taken before, and to give them the result as a gift – their ‘First Photograph’.

“We document and share our lives constantly, uploading millions of photos to social networks every day. But there are still people who have no photographs because of different circumstances”, suggests Berta. “This opens a door to other dimensions of the story. Like in this case, we can talk about poverty, body image or technology starting with simple portraits.” 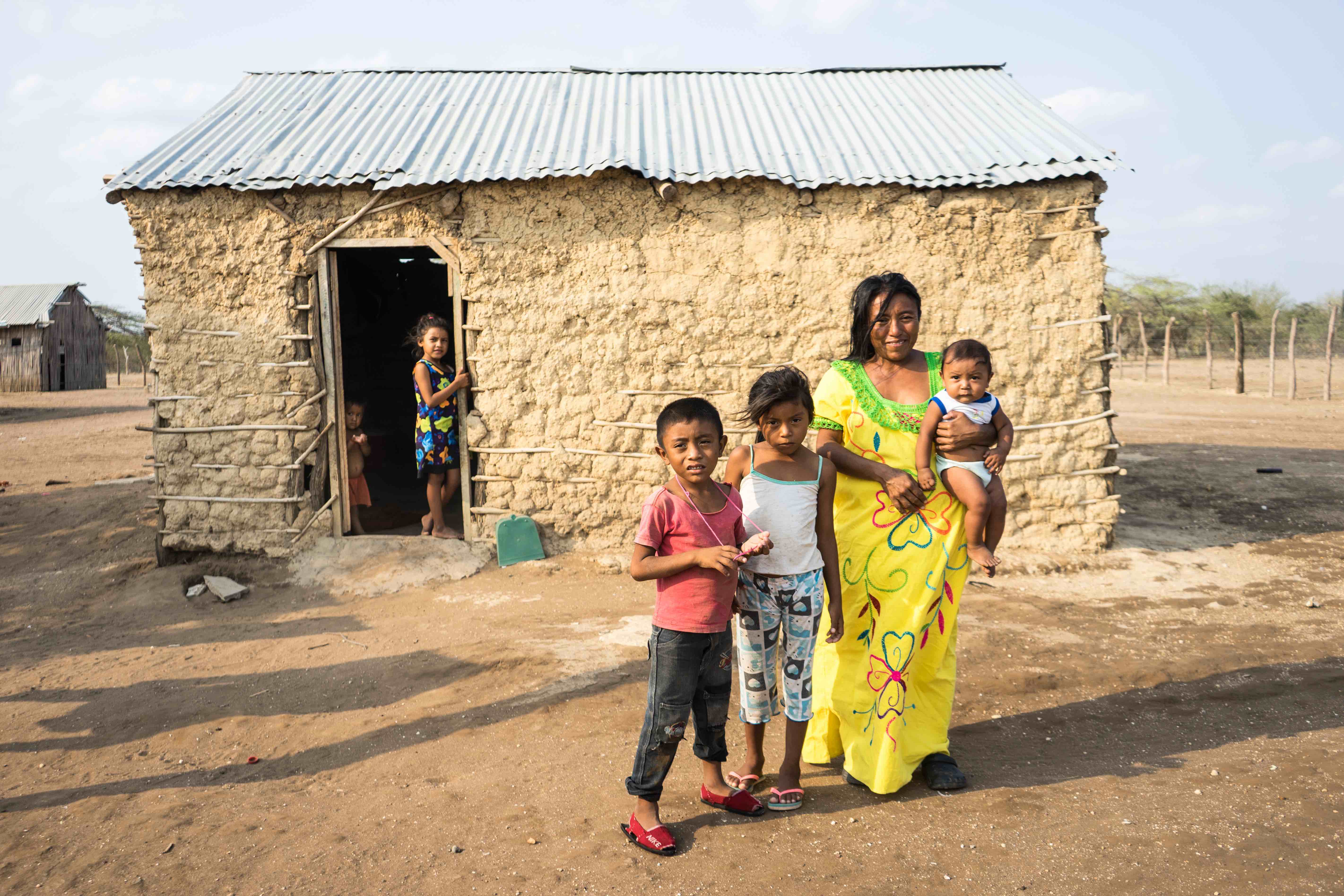 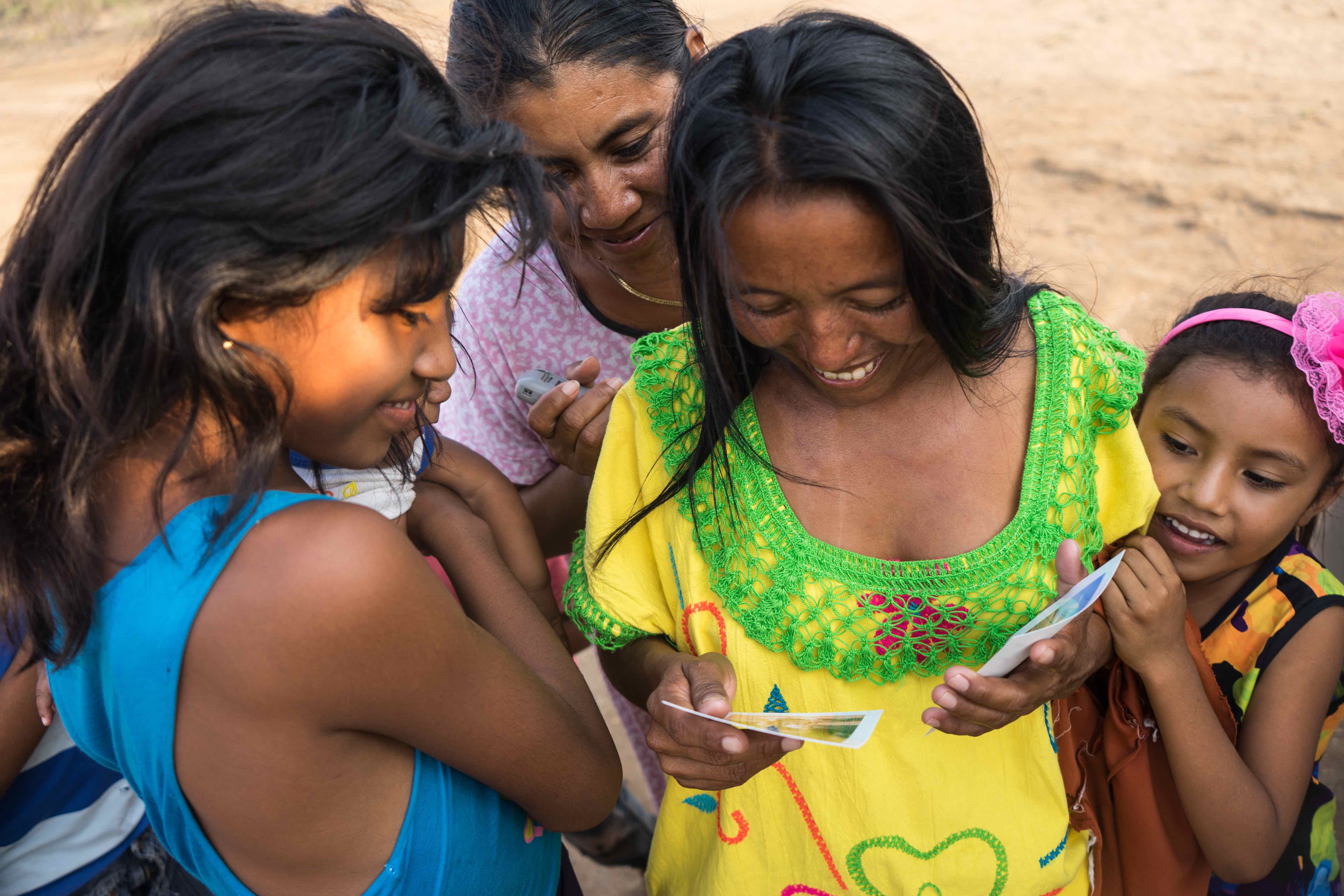 The unusual subject matter also forced Berta to reassess how she approaches taking a photograph. As a photojournalist she’d always focused on the natural, avoiding setting up posed scenarios at all costs. But it only felt right to allow her subjects to join her in preparing for their shoots.

“What is different is that we invite people to become a part of the creative process”, she tells me. “Let them change their clothes or brush the hair; we ask where and how they want to be photographed.” 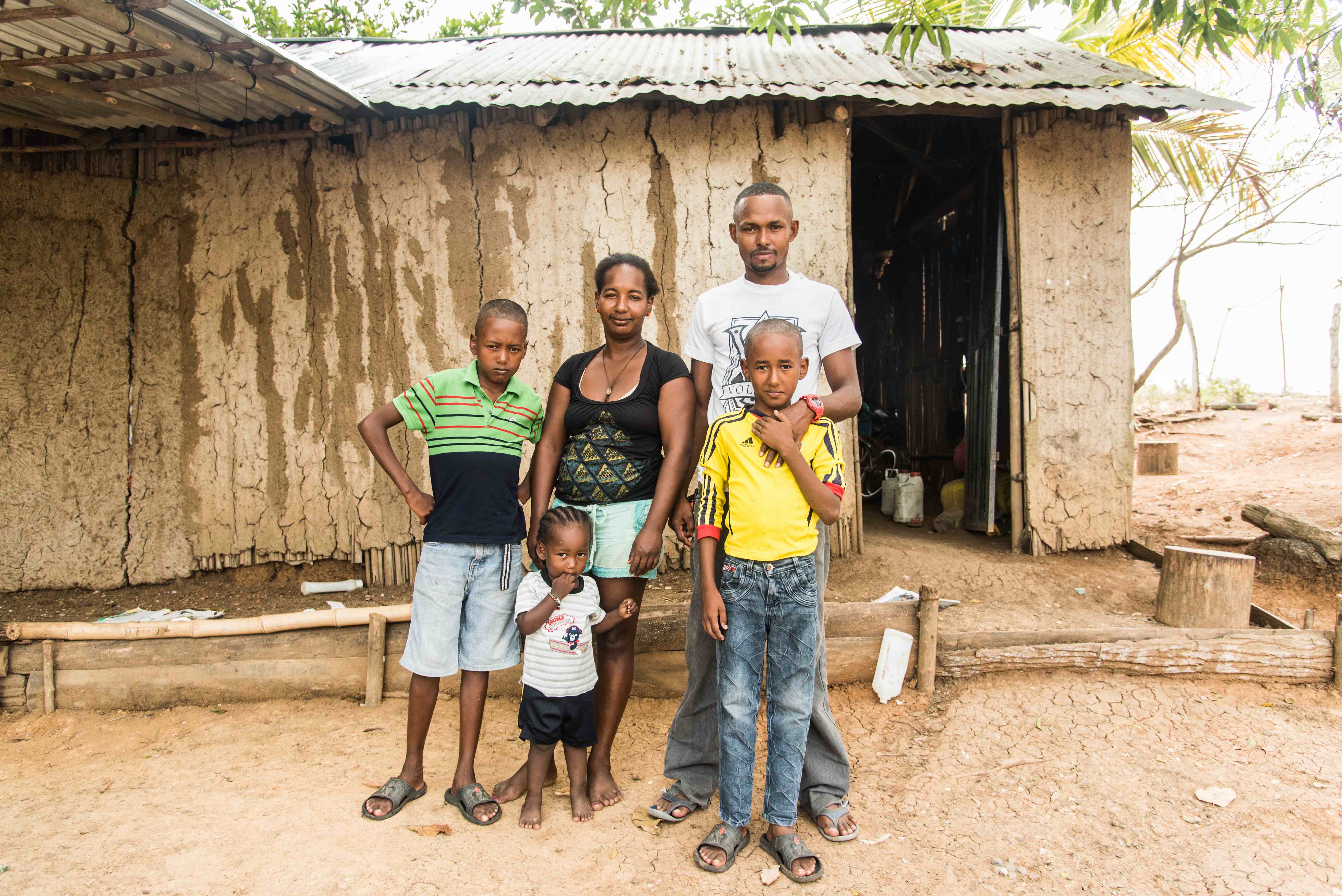 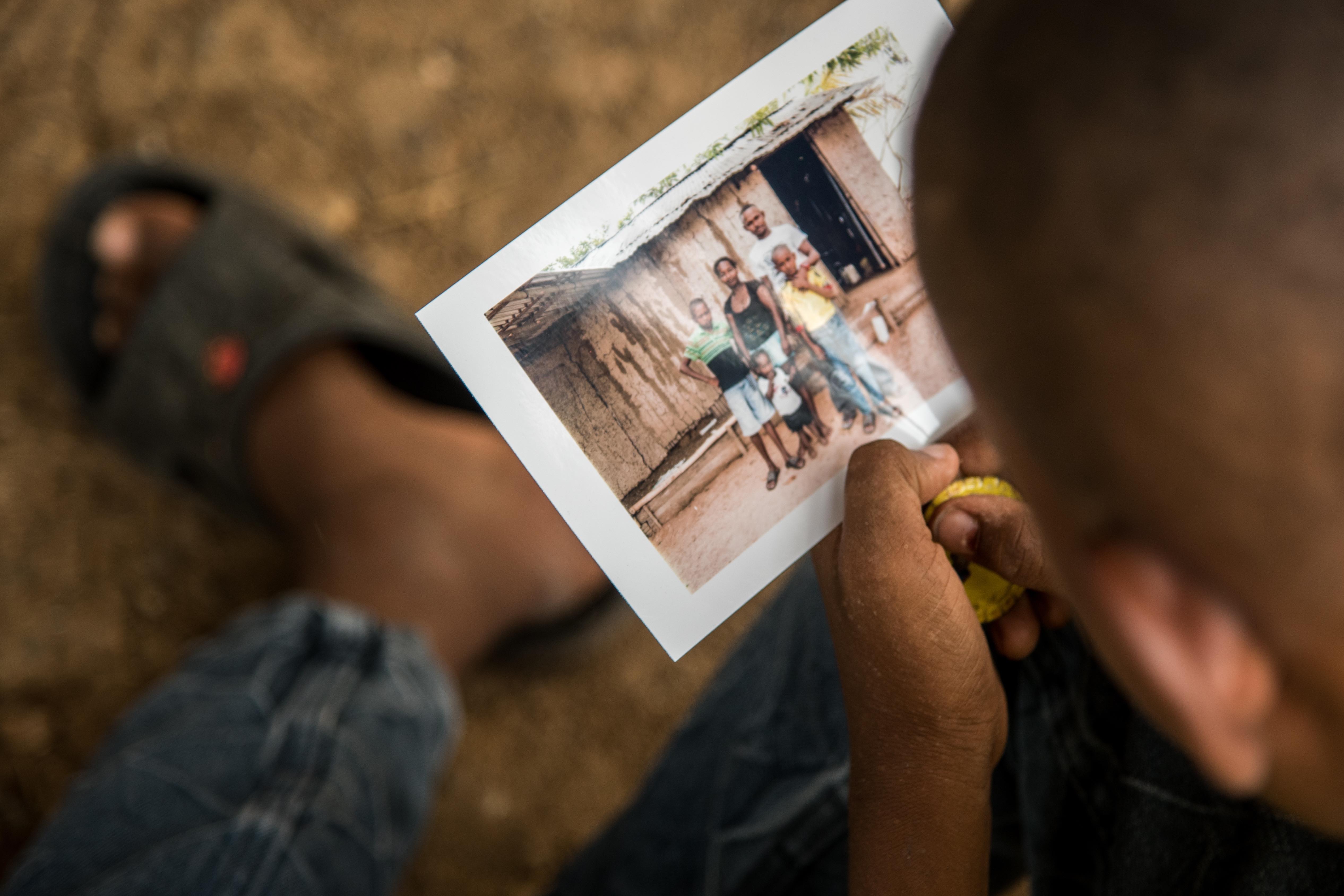 “After seeing the photograph, they usually say: ‘Very beautiful!’. And that is quite unusual for me to hear as I’m more used to ‘Delete it, I don’t like how I look’, or ‘Please, Photoshop this, because I look awful.’”

Berta thinks that their reactions show the importance being placed in these images, presented as gifts. “Imagine if you only had one picture of yourself”, she says. “I think it would have more value than all those hundreds of snaps and selfies than many people have on their phones.” 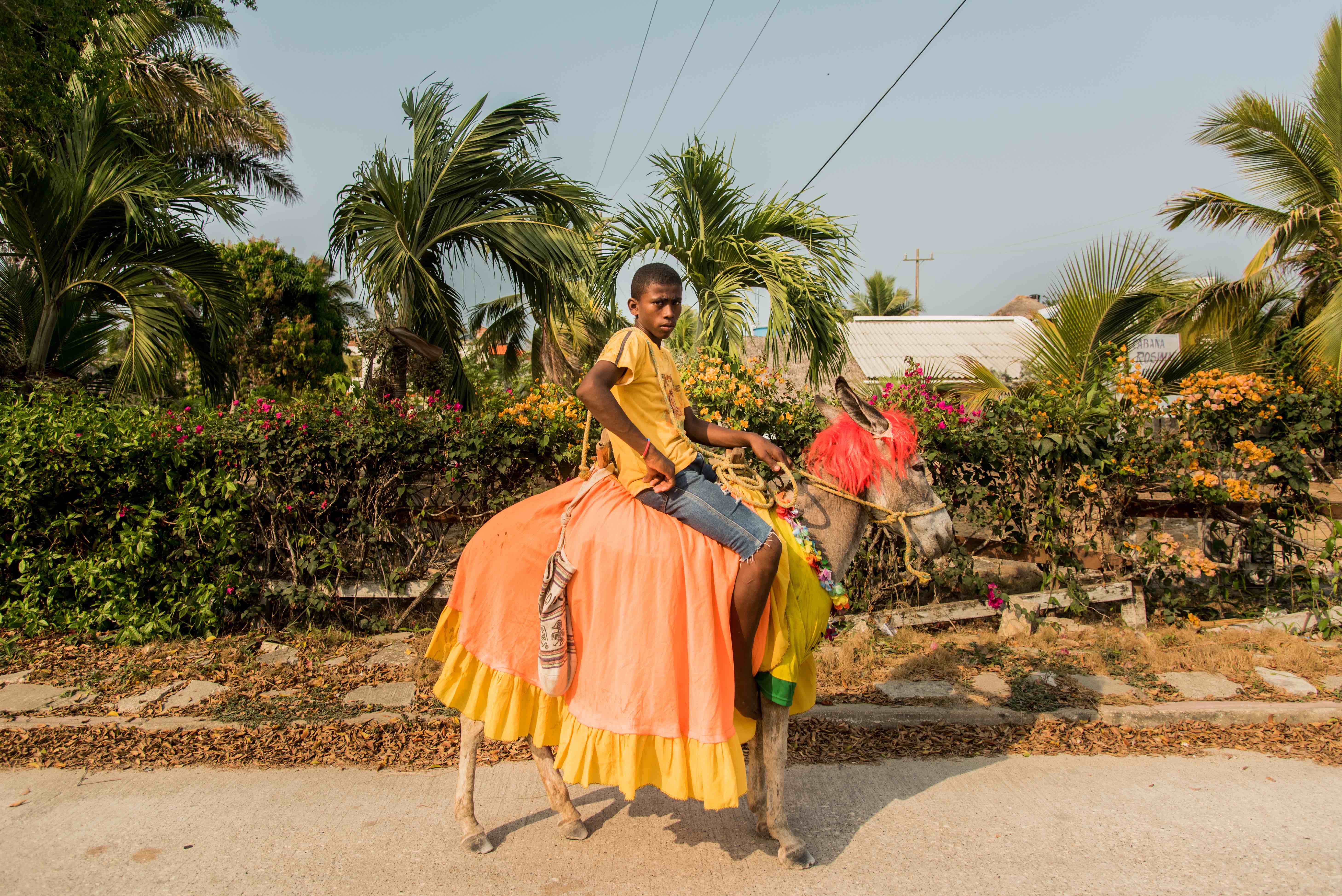 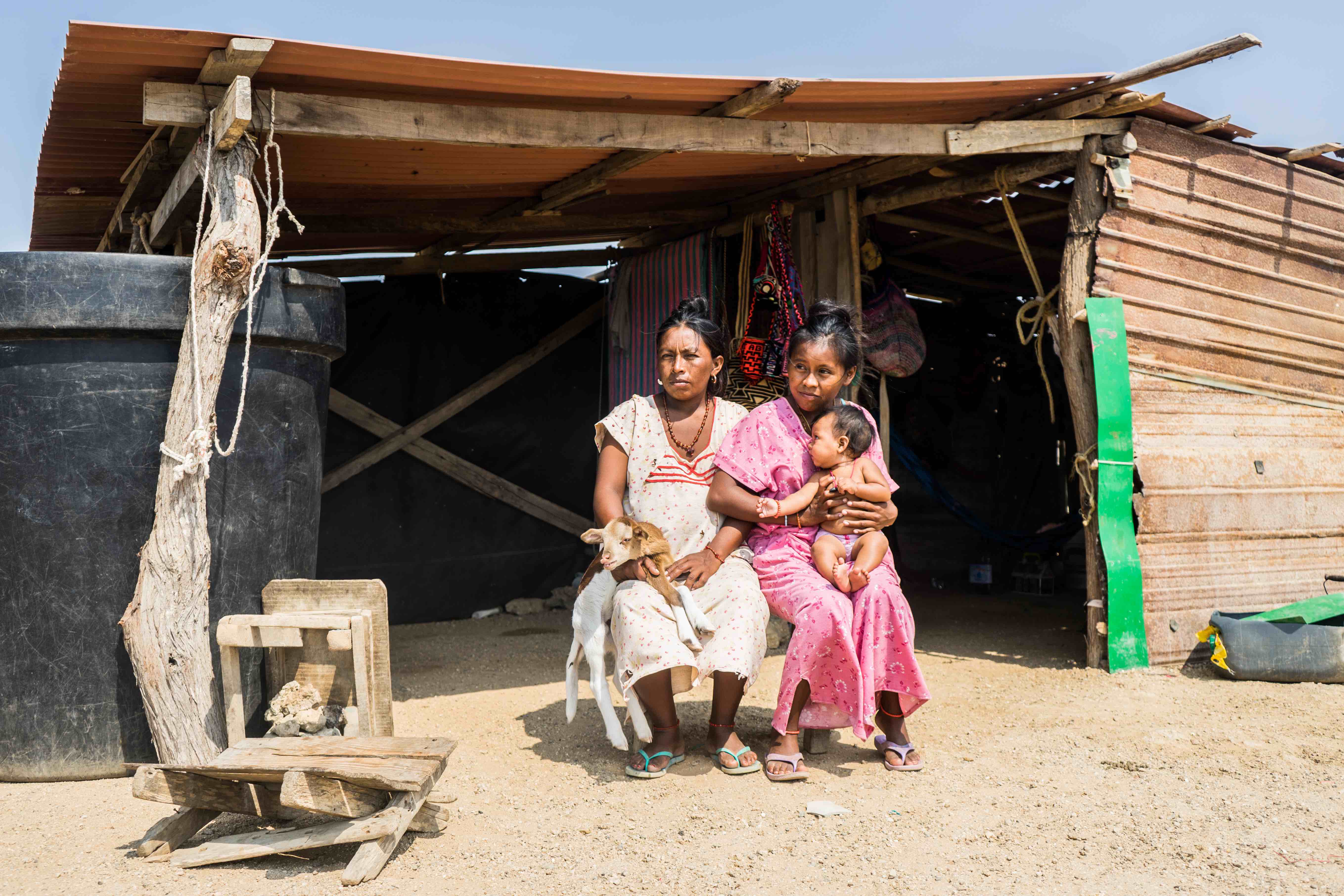 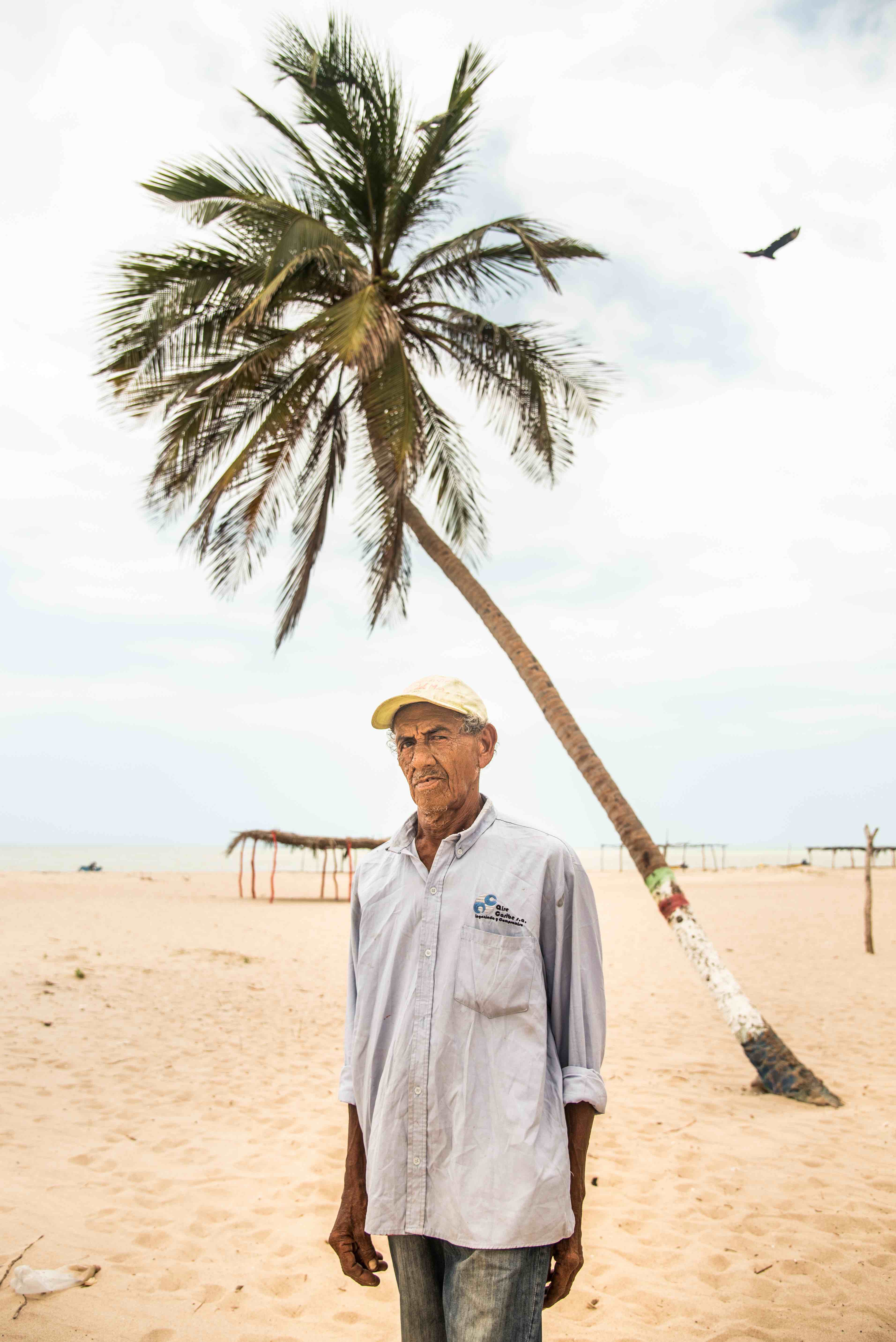 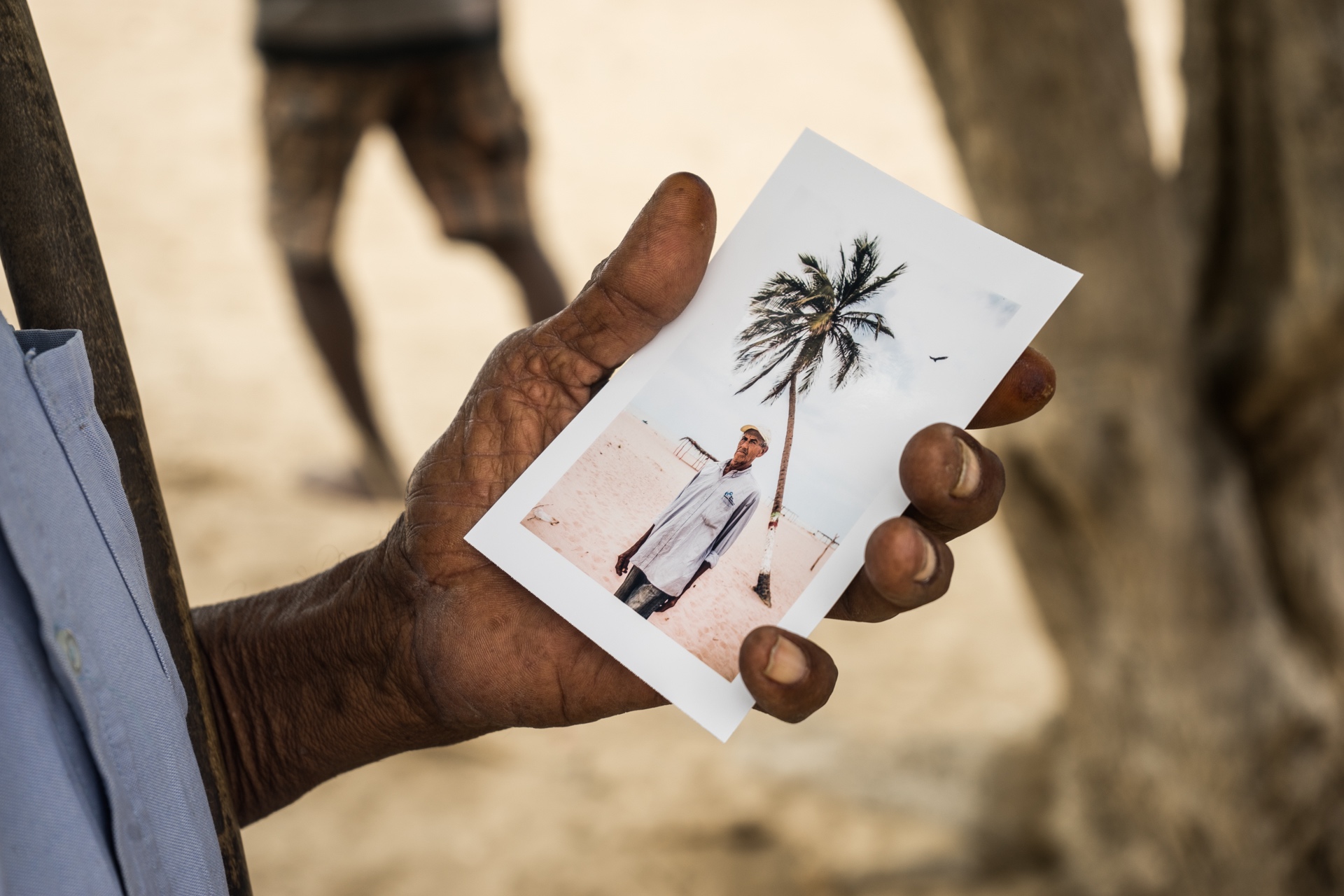 The resulting images are reminiscent of years gone past, where having your photograph taken was a special event. It’s something that’s been lost in the digital age, and projects like this act as a stark reminder that photography remains as powerful today as it always has been.

Linkedin
RELATED ARTICLES
OTHER ARTICLES
Yesterday queer activist group Lesbians and Gays support the Migrants staged a die-in at the Pride in London parade to protest the inclusion of police in the march reports Huck politics editor Ben Smoke.
A new edition of a seminal book brings together iconic images of the band onstage in their full glory and backstage in moments of unguarded camaraderie.
Curator Antoine de Beaupré discusses his immense record collection and what it tells us about the intersection of music, photography, art, and commerce.
Photographer David Hoffman recalls documenting the extreme wealth inequality around Tower Hamlets and Hackney int the 1980s.
Freddie Miller’s new series of photographs investigates who today’s trainspotters are and what drives their unfettered enthusiasm.
Thomas Hoepker‘s images taken during a road trip across America provide a searing social commentary about a divided country.