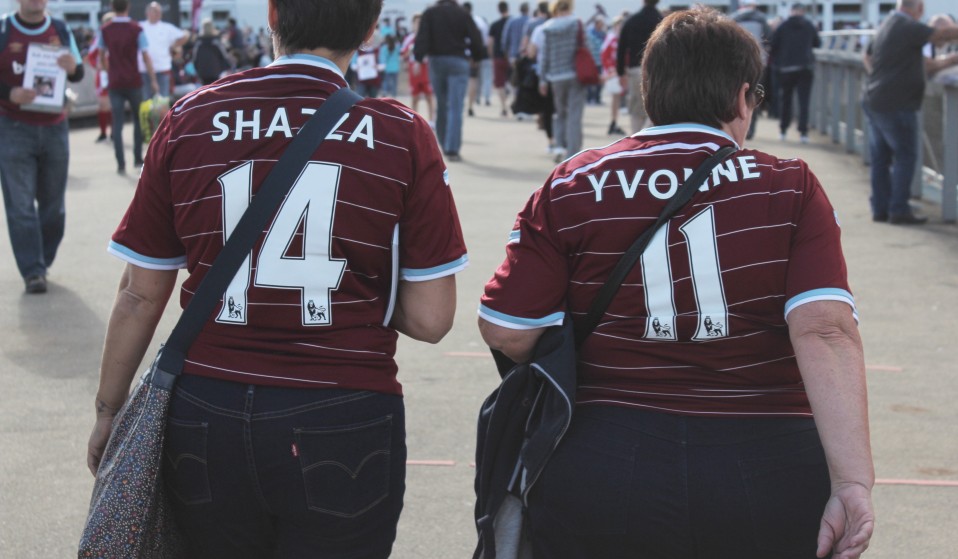 After realising the portrayal of female football fans was pretty dire, friends Amy and Laura devised This Fan Girl, a photography project that shows the many faces of girls who love the beautiful game.

If you do a Google image search for female football fans, you’re most likely going to be bombarded with a load of pictures of scantily clad girls, wrapped in flags, with their nationality emblazoned across their chest.

But for Amy Drucquer and Laura Blake, two best friends with an unquenchable love of football, this wasn’t quite what they wanted. Reminiscing about the fun they used to have going to matches in their youth and remembering all the friendly, diverse faces of the women they encountered over a cuppa or two, they decided to take matters into their own hands, and thus This Fan Girl was born. 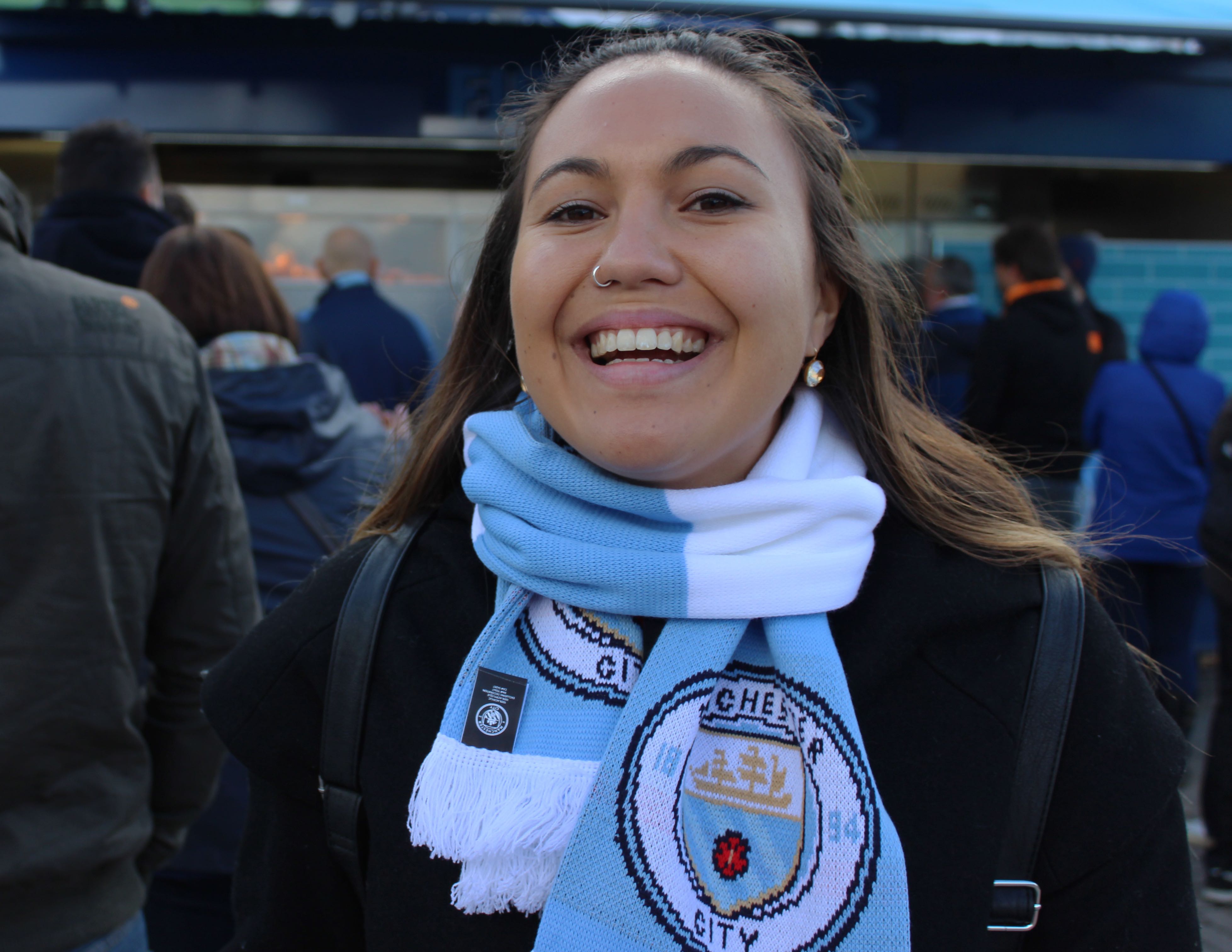 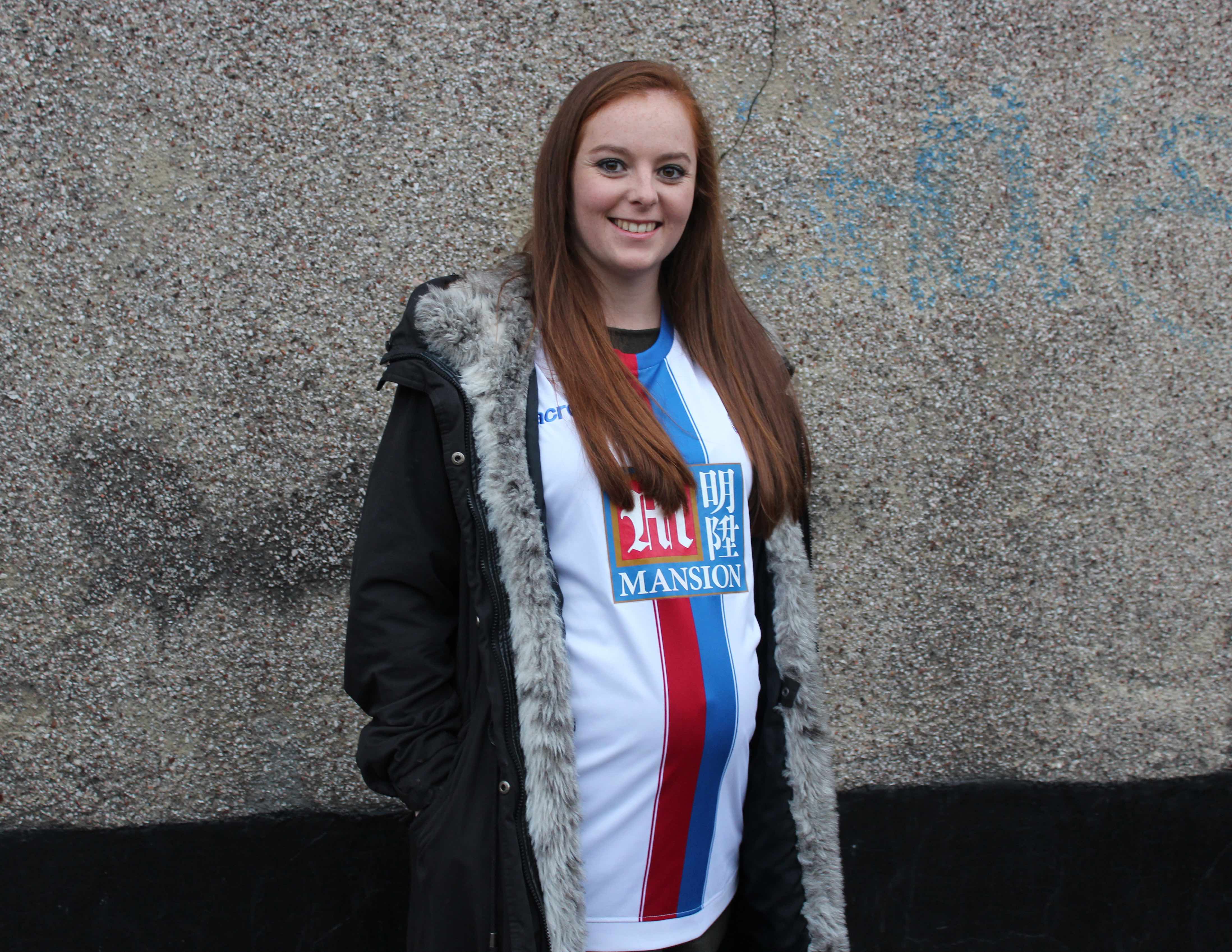 Since August this year, armed with just a camera and Thermos flask, Amy and Laura have been travelling up and down Britain, heading to Premiership clubs, and taking pictures of the women who share a passion for the beautiful game.

You both have been football obsessed since childhood, what were your experiences of going to games when you were young?
Amy: I used to go to the football with my dad on the weekends, and just liked the entertainment around the whole afternoon; having tea out of a thermos at halftime and generally freezing your arse off, it was the only time I could swear in front of my dad without getting told off.

Laura: I went to my first Baggies [West Bromwich Albion] game when I was about 13 with a friend and her dad. It was when we battered Stockport County 4-0 and it just felt so amazing, the atmosphere, the chanting. No one in my family ever really liked football, I didn’t grow up with it on the telly at home, so I was quite late to the game, but nothing else gives you that feeling of going and seeing your team win. 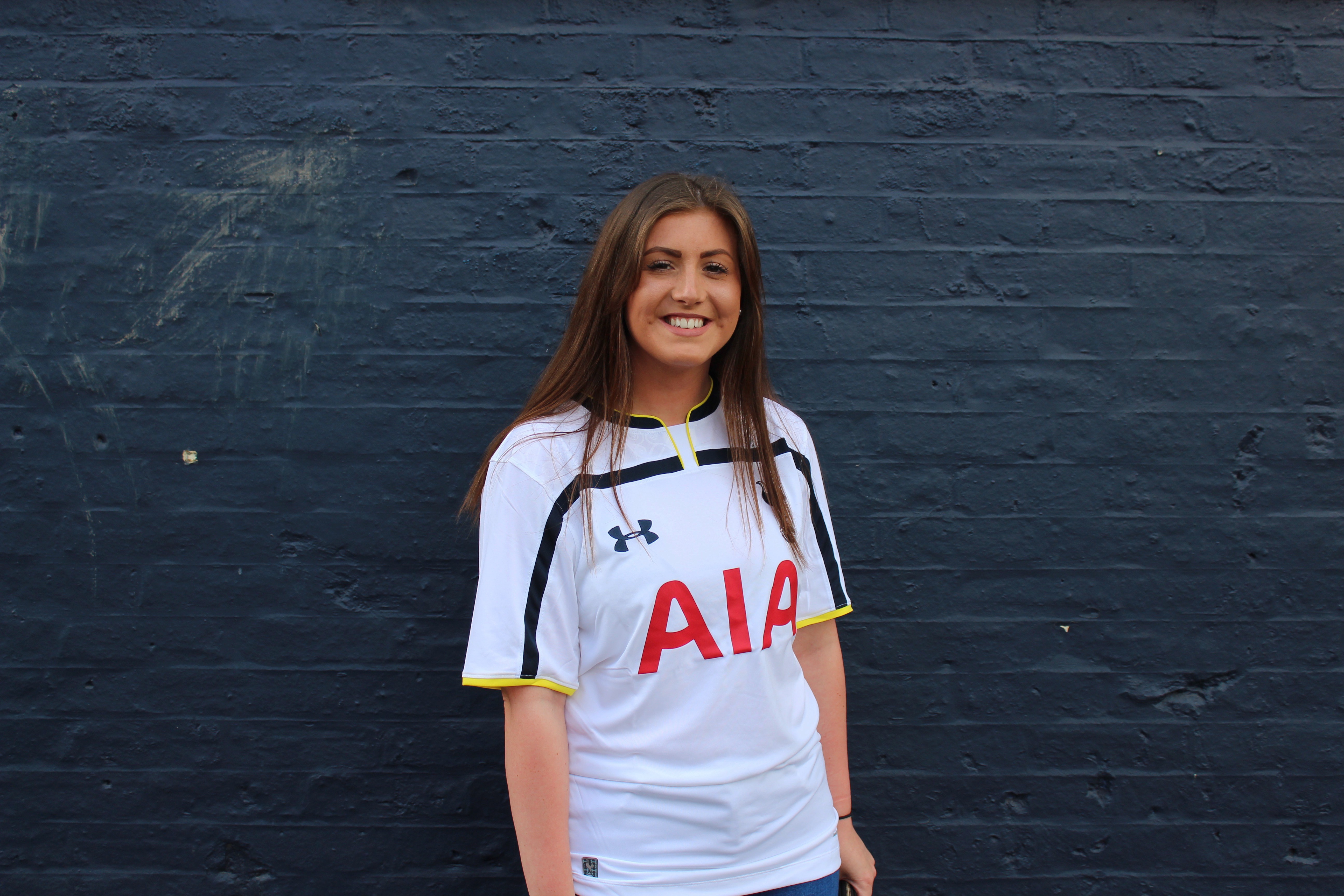 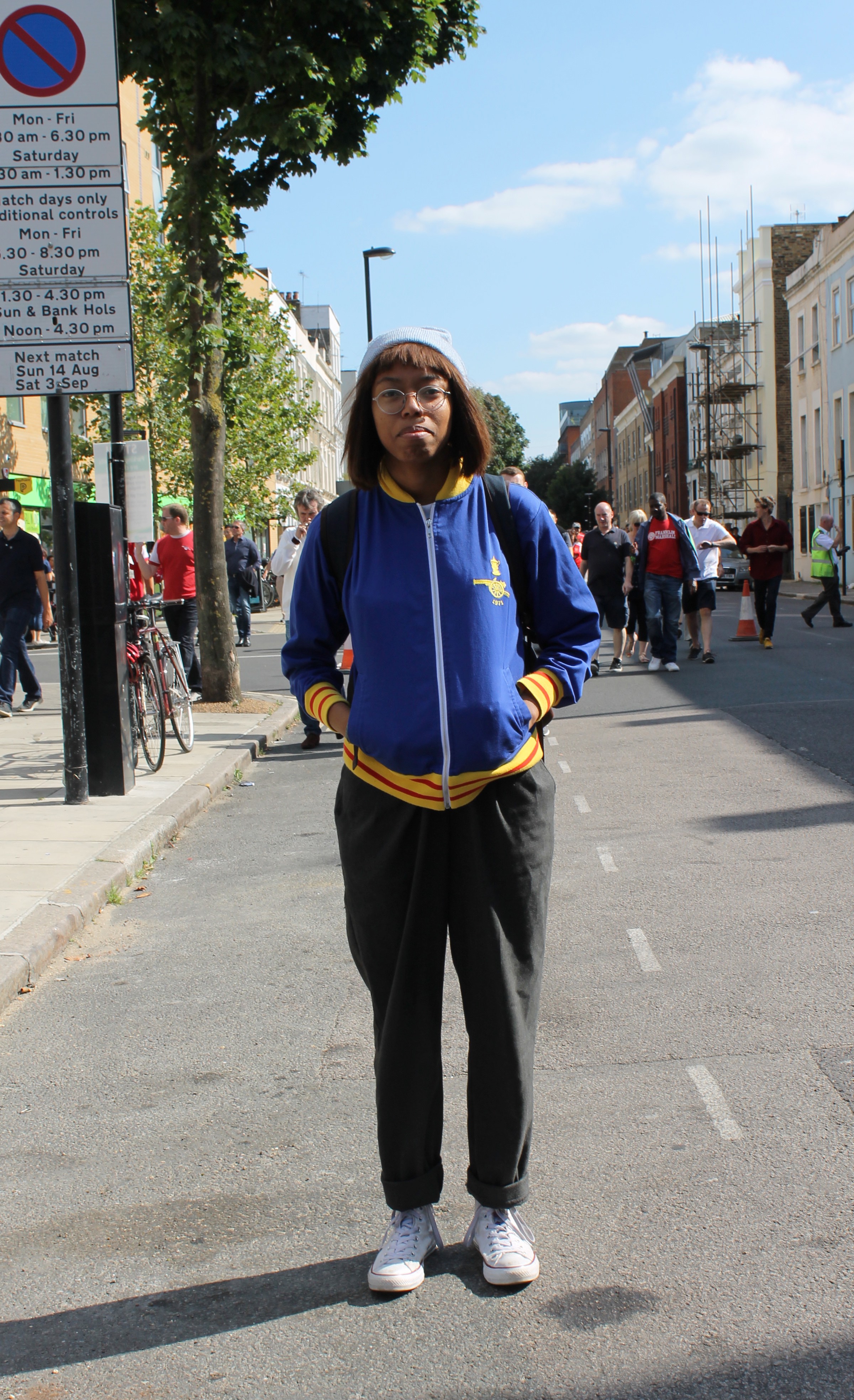 The project came to be because you wanted to meet some girls to watch the Euros with, do you think This Fan Girl has connected you with other girls who love the game?
Amy: The female football scene is really emerging both in London and internationally, we’ve met a lots of super fans at the matches, and connected with a lot of supporters through Instagram & Twitter. It’s making us realise there’s a heap of really cool girls tuning in to Match of The Day every Saturday – that’s kind of the aim of This Fan Girl.

How have the girls at the games reacted when you’ve told them about the project?
Amy: Generally everyone has been super up for it! You get some girls saying they haven’t got any makeup on so don’t want to get their photo taken, but when you get chatting about the project girls get really behind it and engage.

What do you think of the ‘football fan culture’ that is circulated about football fans being rowdy troublemakers?
Laura: I think there’s probably a time when the threat of violence did put women off going to matches and when it’s a match with a history between the teams you definitely feel a change in the atmosphere. I was in Aix en Provence the night before the England match, watching France v Poland in a pub with all the French fans and the atmosphere was amazing, but then some stereotypical rowdy English fans turned up and it really soured the atmosphere, they were threatening, goading and fired up like mad-men, I felt ashamed. 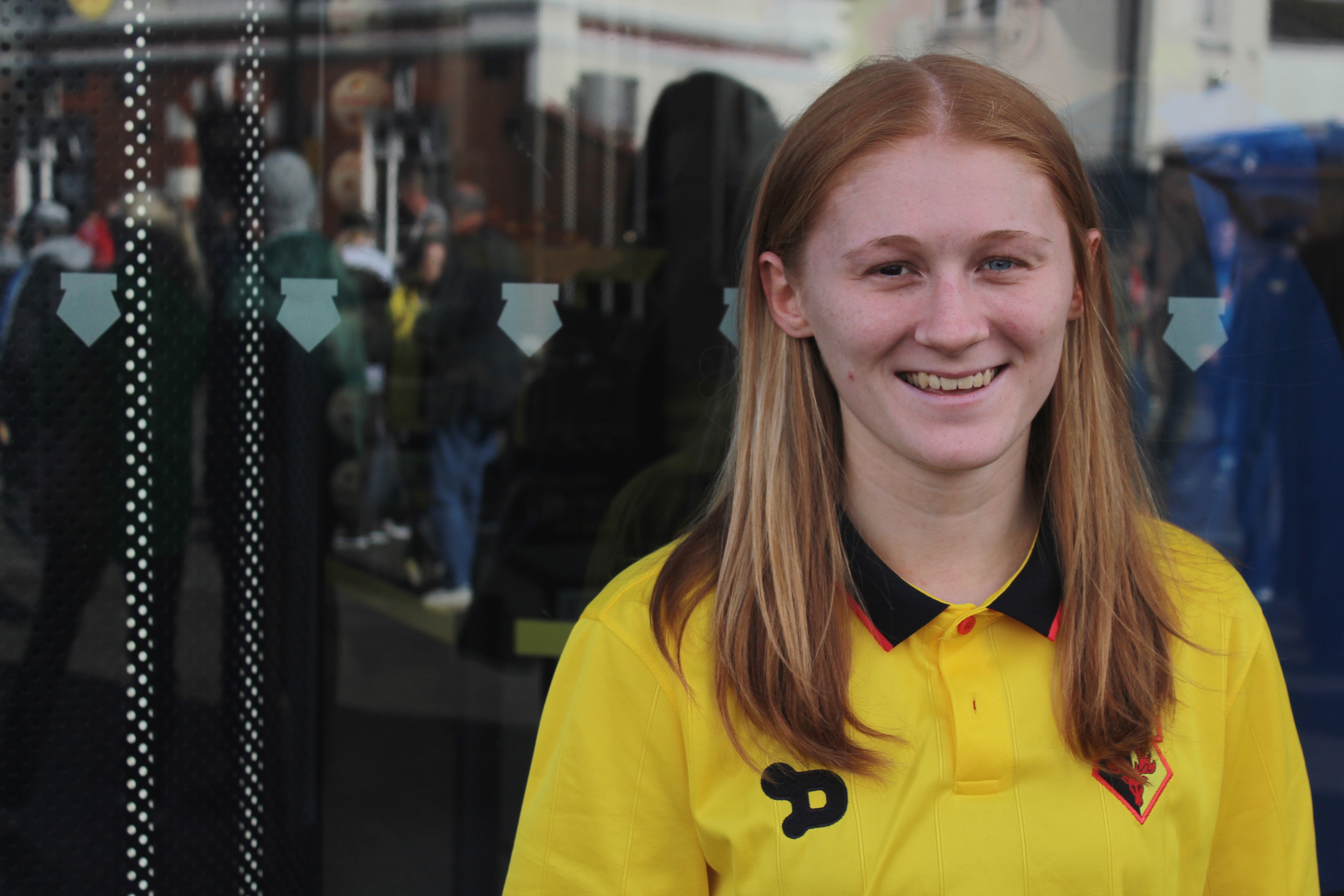 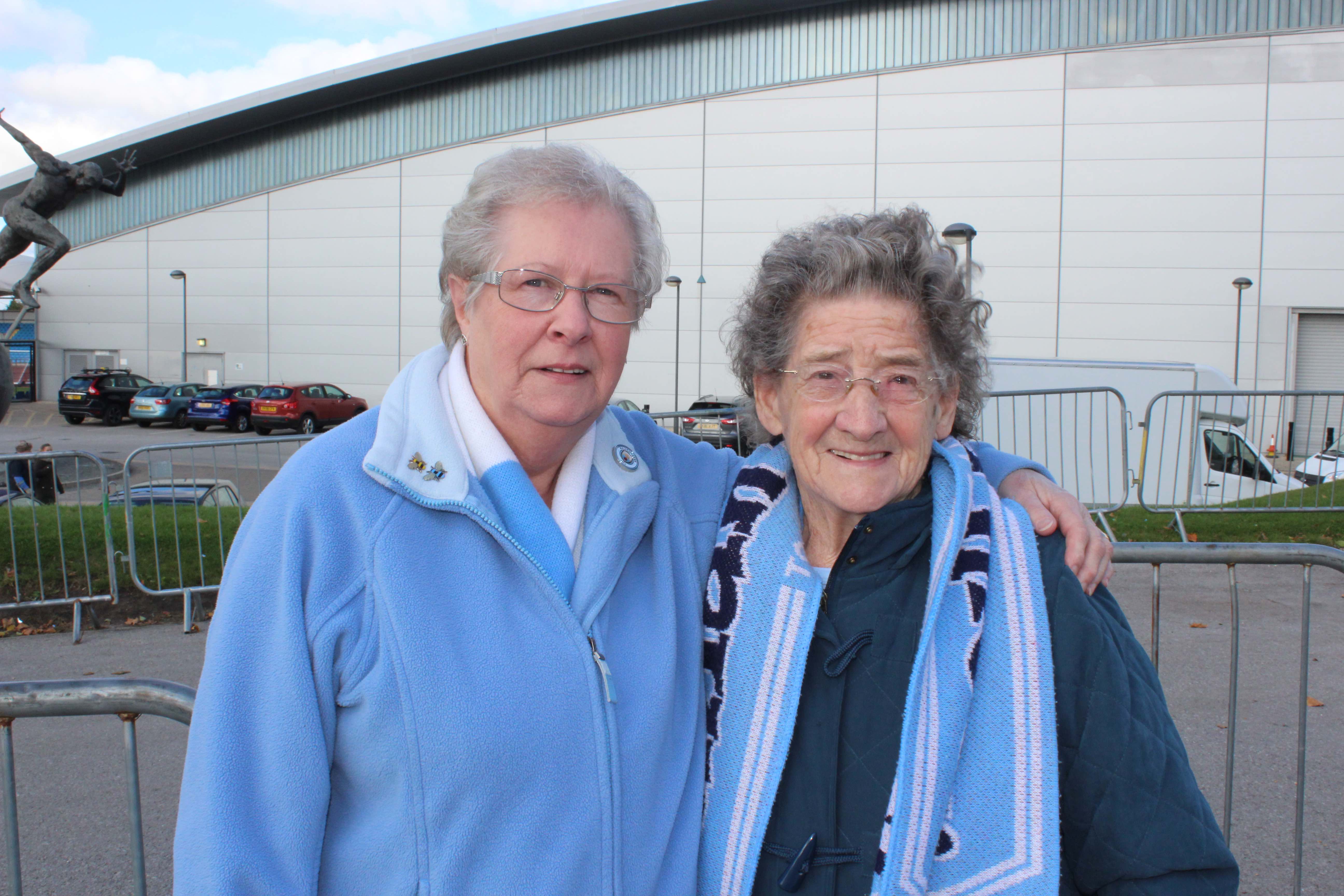 Do you ever feel like you have to prove yourself when you say you like football?
Amy: Sometimes when people realise you like football they’ll try and force you to prove it, like, “So who was Chelsea’s manager in 1987?” and I’m like, “Absolutely no idea,” and they’re like, “Ohhh, you’re not a real fan are you?” It’s frustrating to have to prove to someone else that you like something, because I don’t think that would happen to a man.

I think a lot of men think if you’re a female fan you’re doing it to impress them, and it’s like no – I just wanna have a couple of Kronenbergs and go see Vards smash a couple in.

Do you think men and women act differently when their team wins or loses?
Amy: I think women can sometimes take it harder. We’ve watched a lot of Leicester – West Brom matches in total silence and my mum holds the worst grudges you will ever see.

Laura: I think it’s less of a gender thing and more of an individual thing. Once you see Amy’s tongue go into her cheek you know it’s not worth your life to wind her up about a Leicester score! I think I bounce back quicker from a loss, I’ve seen West Brom lose a lead late in the second half too many times to spend the rest of my afternoon in a bad mood about it! 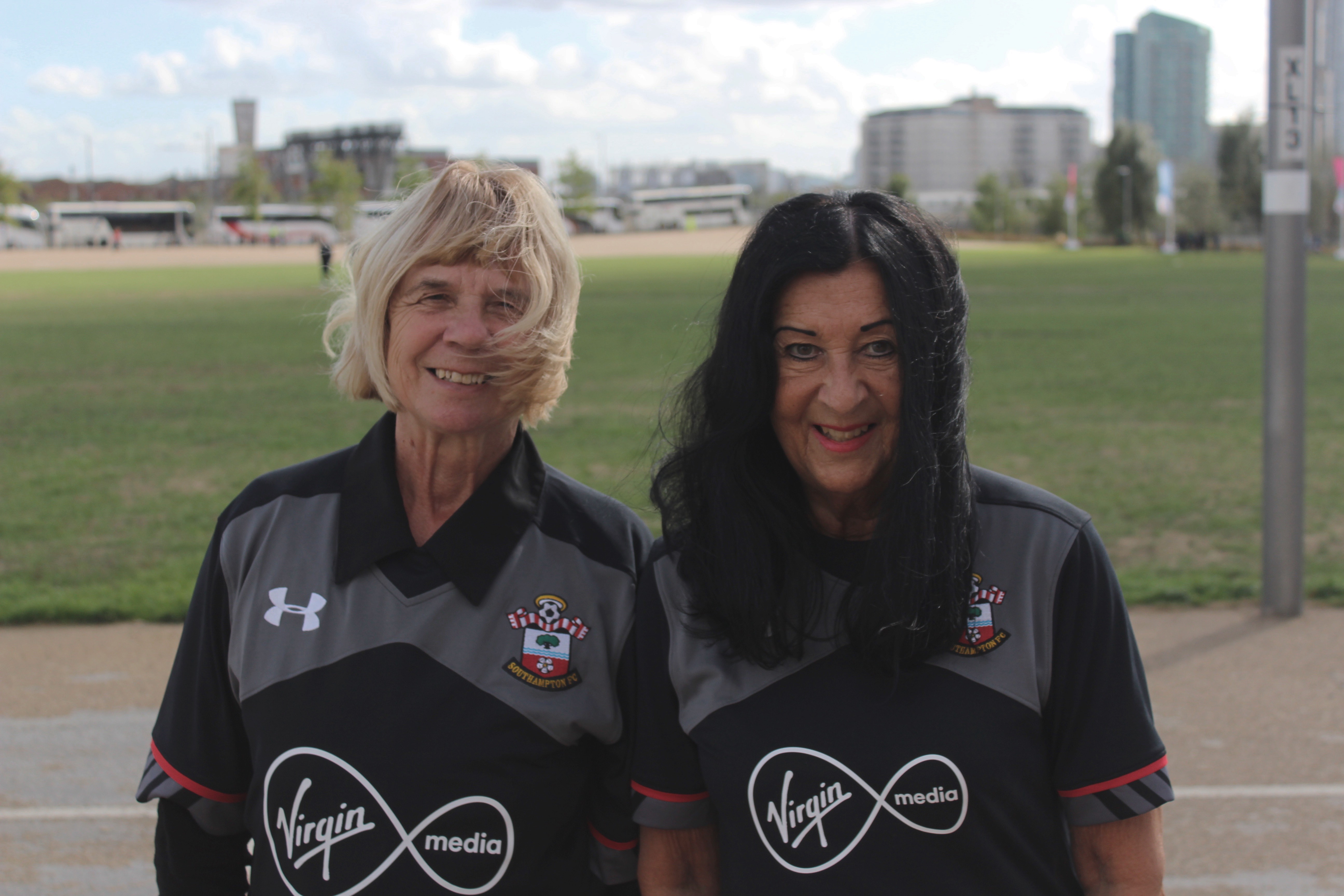 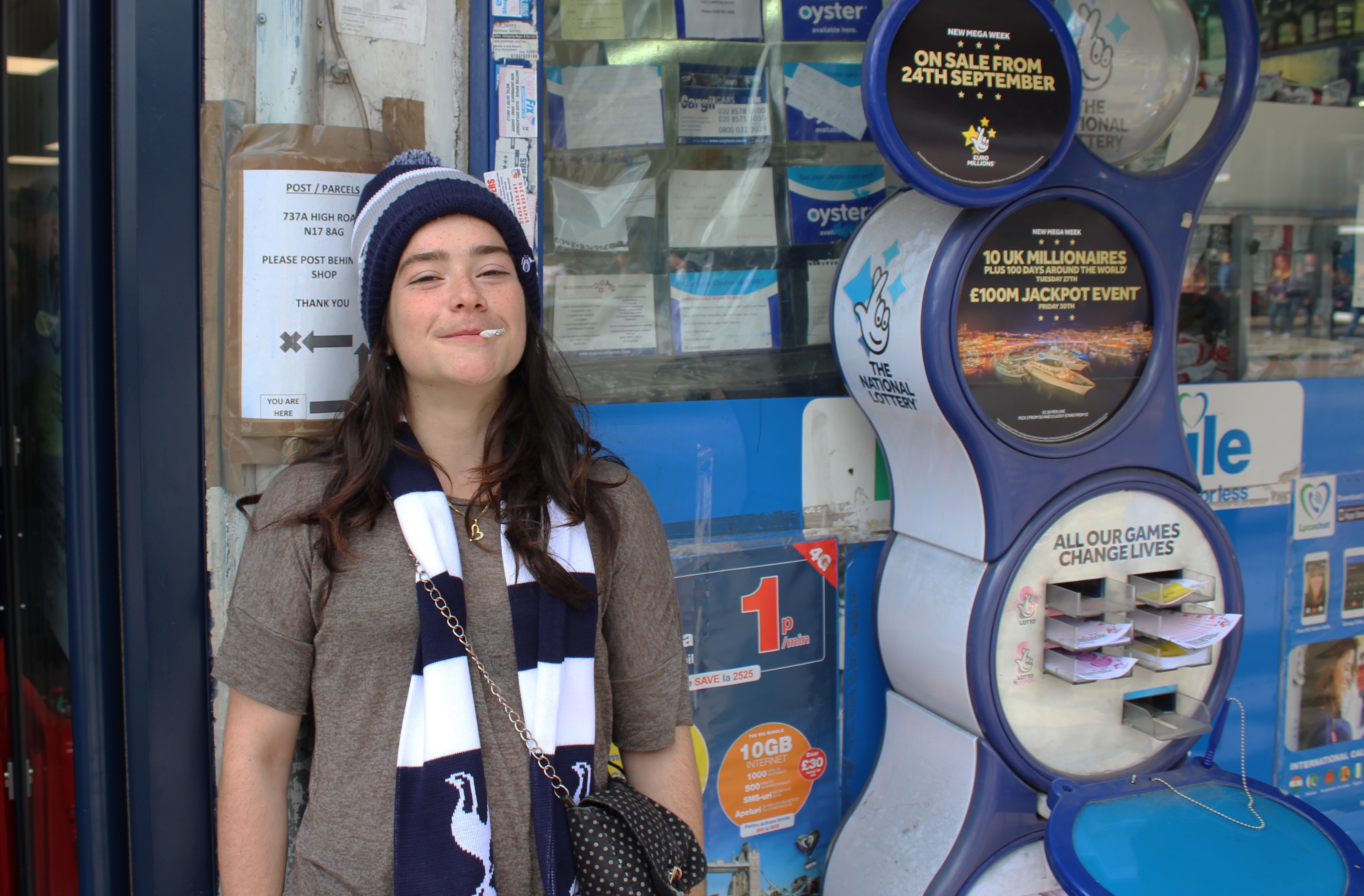 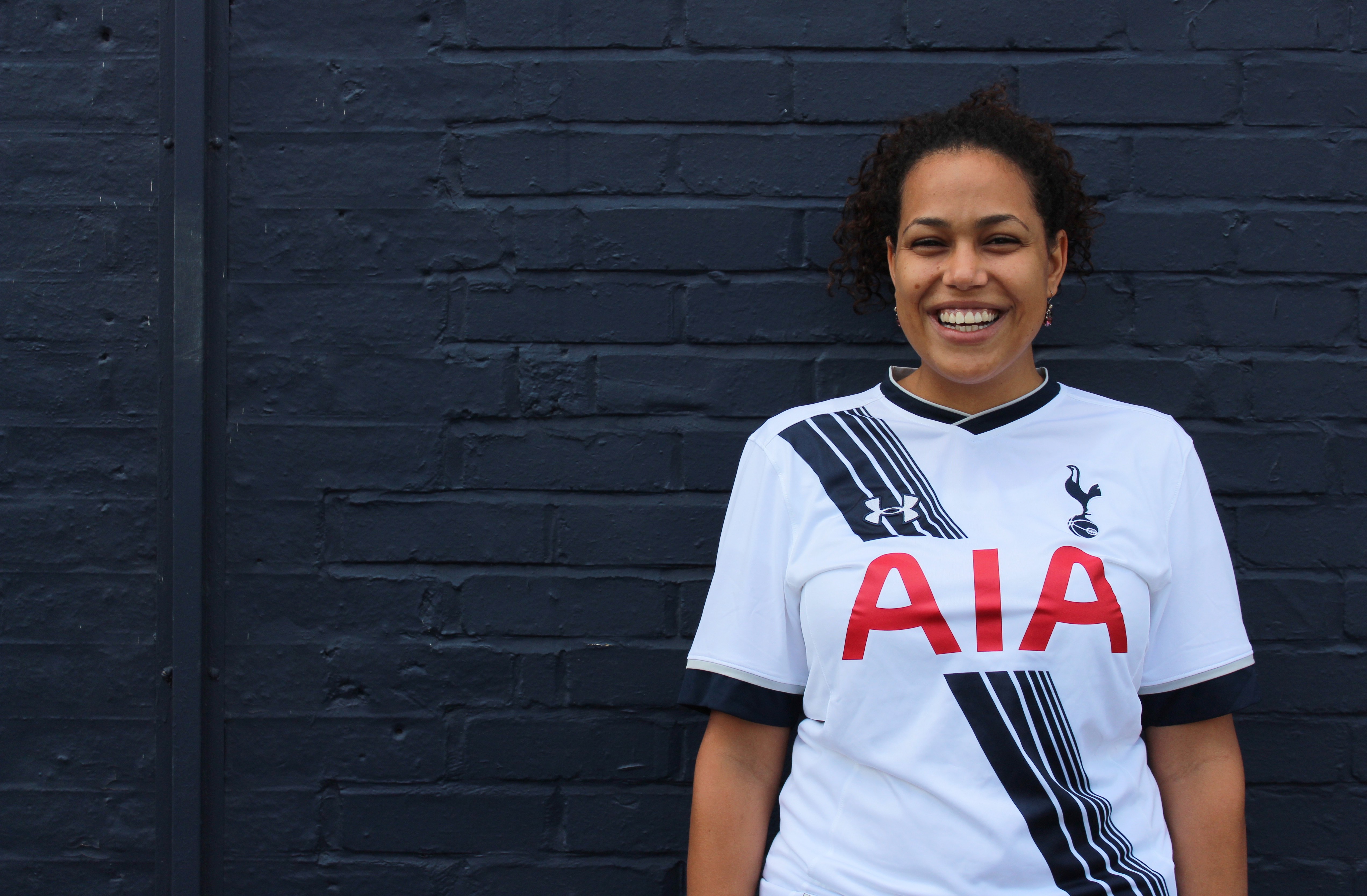 Do you notice a difference in the crowds at different  games?
Amy: Man City was probably the toughest so far, but that wasn’t helped by the fact I was wearing a red bomber jacket! Arsenal and Chelsea were interesting, you see a different fan profile that’s maybe a little more glamorous than other matches and Watford was a really family orientated club. We’re looking forward to going places like Hull and Middlesborough to see what the profile is like compared to the big money clubs. 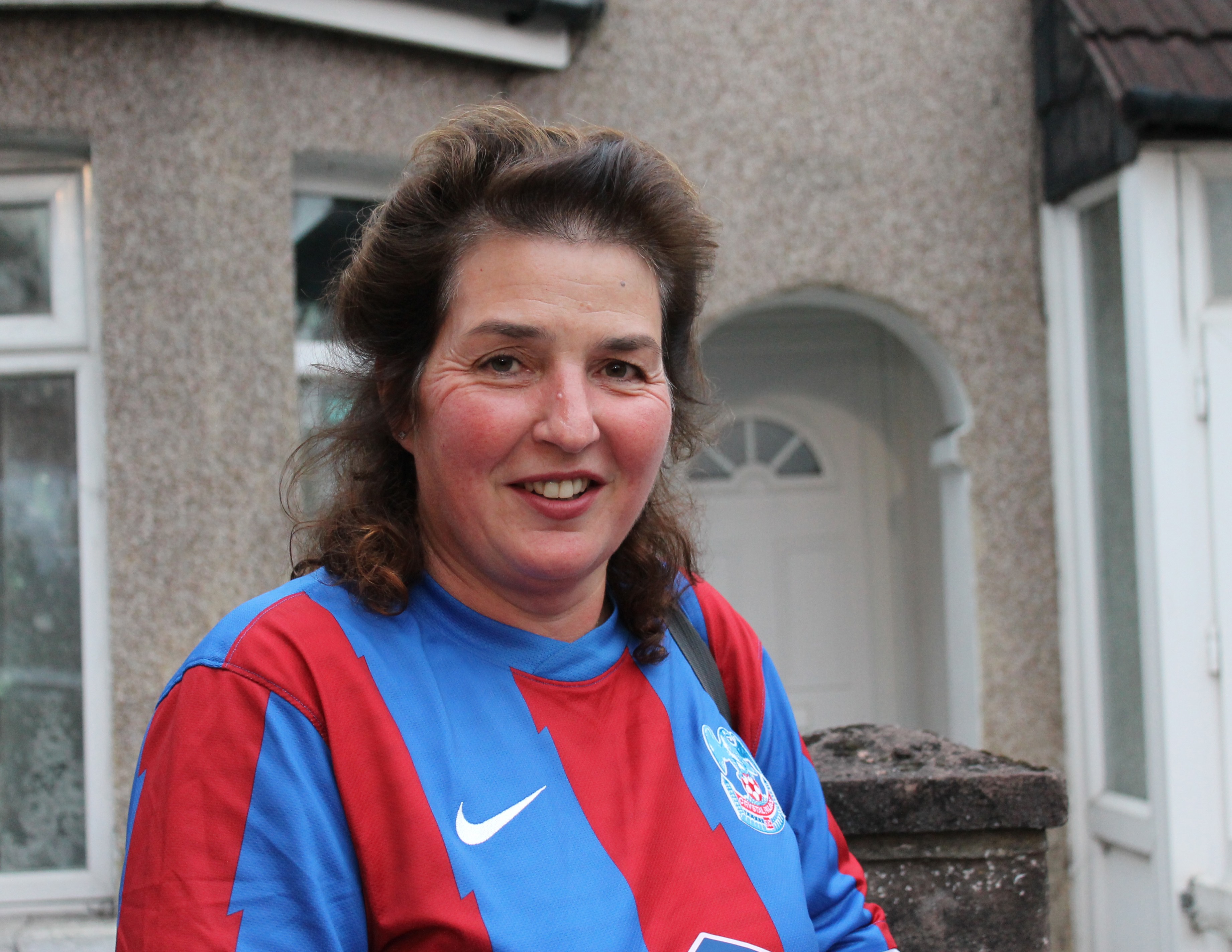 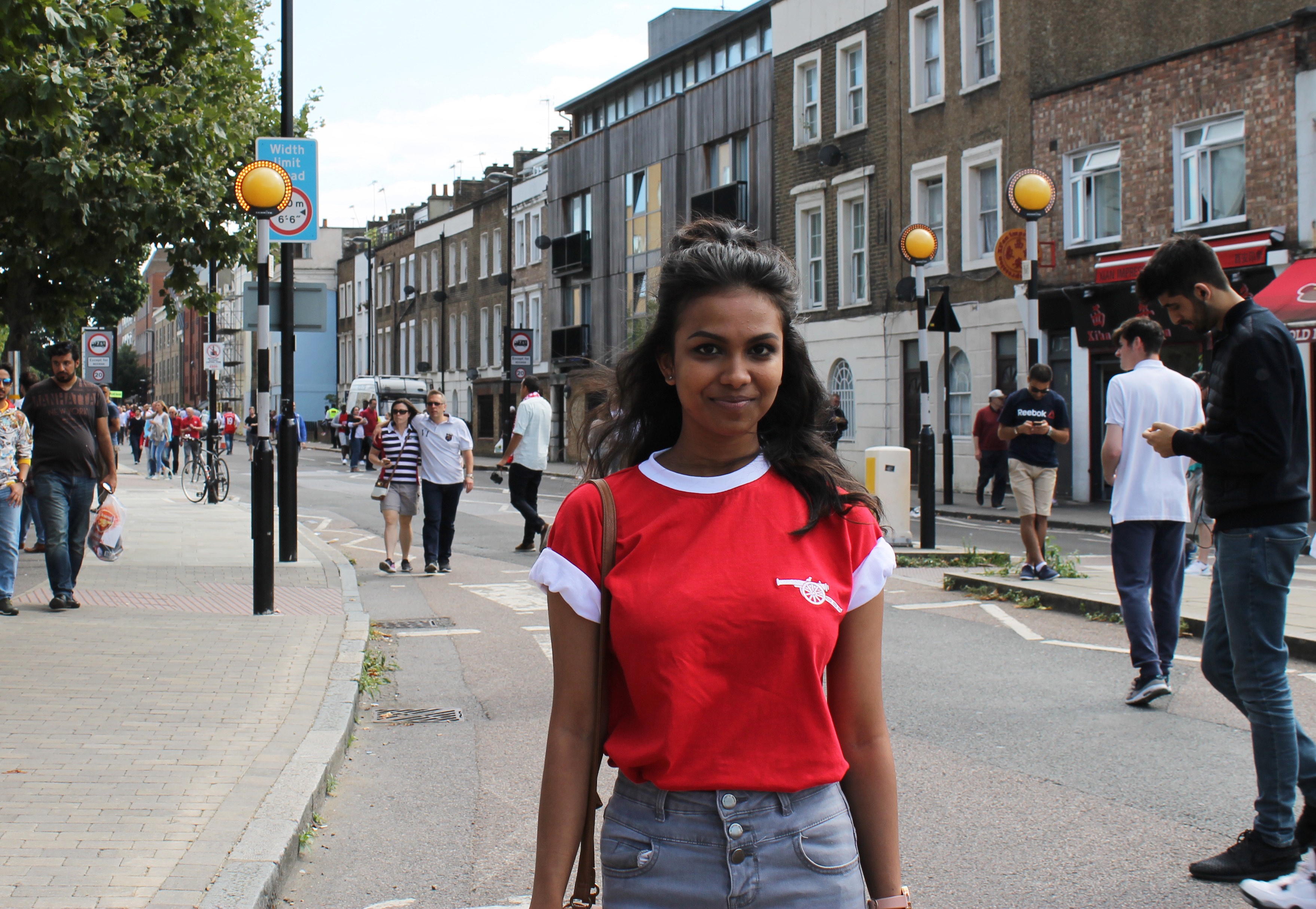 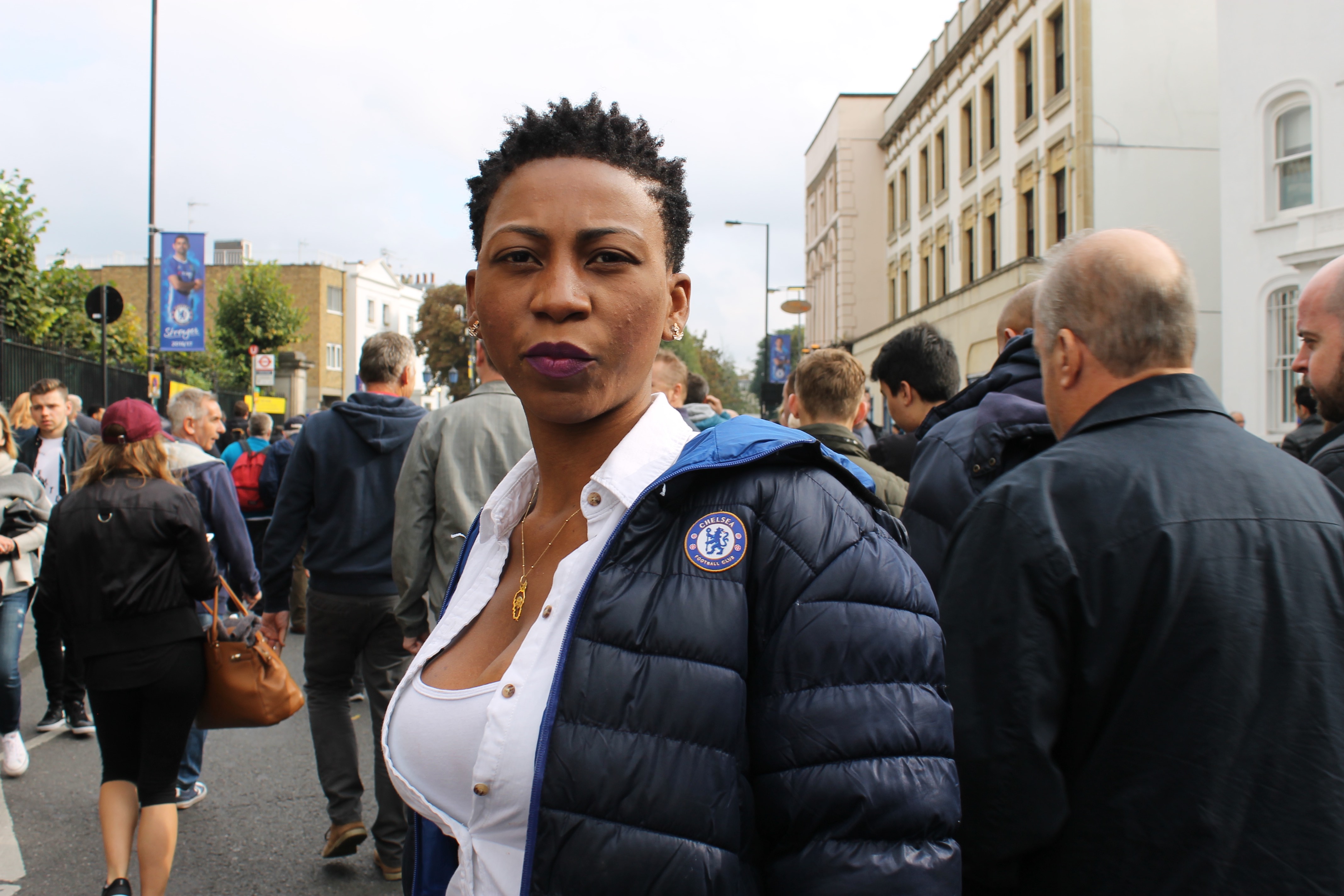 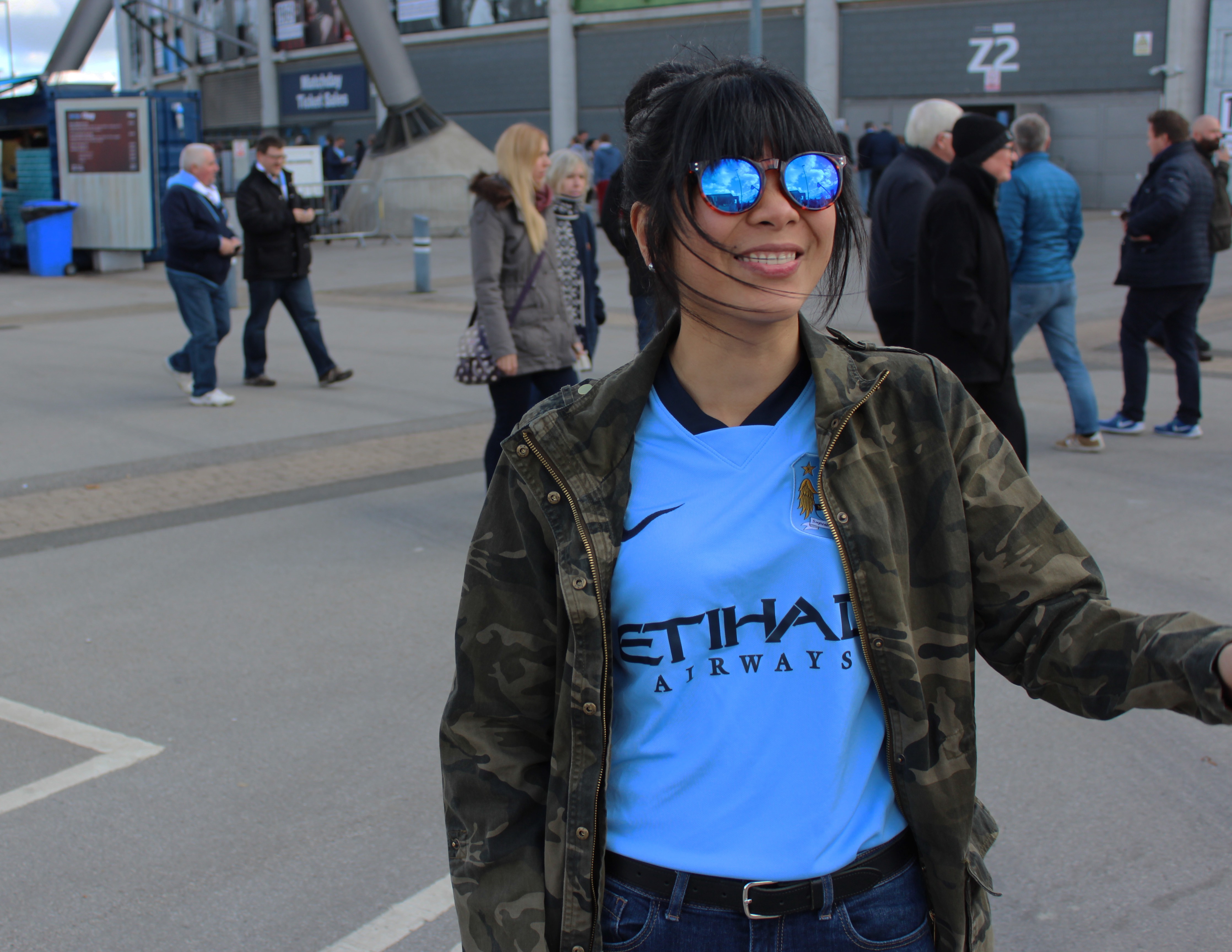 Laura: You do notice some clubs seem to have less female fans than others but we’re only covering one or two entrances and we could be missing the more family orientated stands or only covering a few entrances and getting a slightly skewed view. I think we’ll get a keener eye for picking out the subtle differences in each club’s demographic as we go on.

Keep track of Amy and Laura’s project over at This Fan Girl.

Linkedin
RELATED ARTICLES
OTHER ARTICLES
Formed as Black Lives Matter protests swept the globe, Color The Water is out to reclaim Californian surf culture – one wave at a time.
This year, we spotlight the inspiring individuals and activist groups who have been on the frontlines of the fight for a better future.
Visual storytellers are still finding innovative ways to document – be it through new projects, or old archive series now seeing the light of day.
A new podcast seeks to uncover the truth behind the mysterious lynching of a Montana unionist in 1917 and the cataclysmic rise and fall of his hometown of Butte.
Photographer Mihai Barabancea captures life on the fringes of post-communist Bucharest, with unflinching images that interrogate social stereotypes.
People of colour get little representation in outdoor culture. But Black Trail Runners aims to change that.