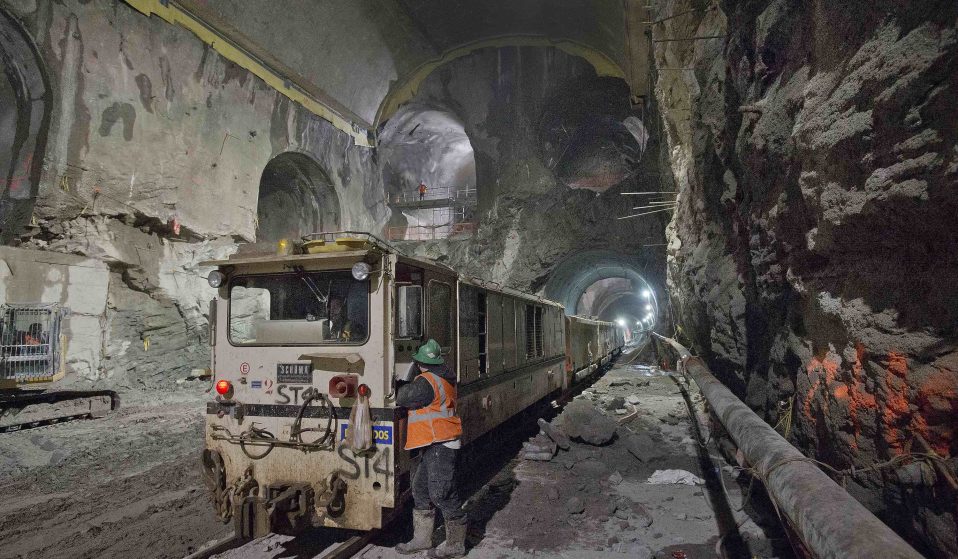 For two decades, Patrick Cashin worked as the MTA’s official photographer, documenting the ins and outs of one of the world’s busiest transit systems.

For two decades, Patrick Cashin worked as the MTA’s official photographer, documenting the ins and outs of one of the world’s busiest transit systems.

The New York subway is a shell of its former self. Even as the city has managed to keep its coronavirus levels lower than many other parts of the country, and despite indications that using it isn’t all that dangerous, ridership is still down 75 per cent from last year. In May, for the first time in its 115 year history, the system that famously never shuts down began doing just that, each night from 1 AM to 5 AM for deep cleaning. It is probably the weirdest year in the subway’s existence, and so it’s a shame that Patrick Cashin, the MTA’s official photographer for two decades who retired last month, won’t be around to capture the eerie emptiness of it all.

For years, Cashin was a one-man operation, solely responsible for documenting one of the world’s busiest transit systems. And while his job meant he had to take photos of nearly every aspect of the subway, some of his most striking work comes from late-night work in desolate stations, or the lonely tops of bridges, or large-scale subterranean construction sites where gigantic boring machines drill holes through bedrock. In other words: parts of the system with few straphangers, which is pretty much just the entire subway at the moment.

Cashin got his start working in the photo lab at Newsweek, while also serving as a photographer’s mate in the Naval reserves. Then, a little over 20 years ago he went to a combat camera conference in Washington, DC. “My commanding officer suggested I talk to this other officer because he was the head of communications at the MTA,” Cashin says. “So I cornered this captain in the elevator and told him that my father had worked for transit for 45 years.” Unfortunately, the job was filled by another photographer at the time, but three years later the captain contacted Cashin to let him know that the other guy was leaving, and he got the job. 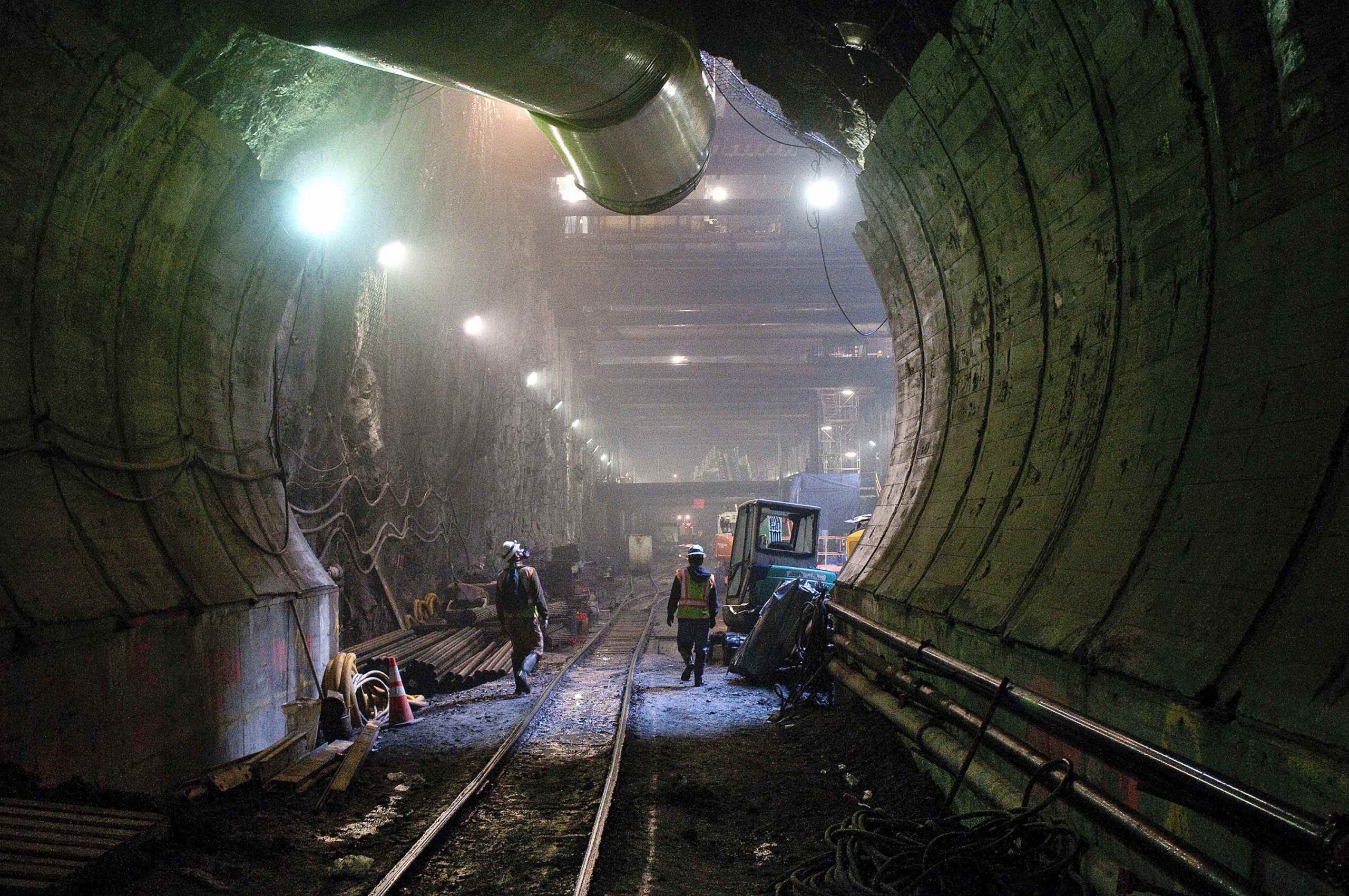 Sand Hogs walk into the main cavern that will be the future 86th Subway station of the new Second Avenue Subway. 1/2011 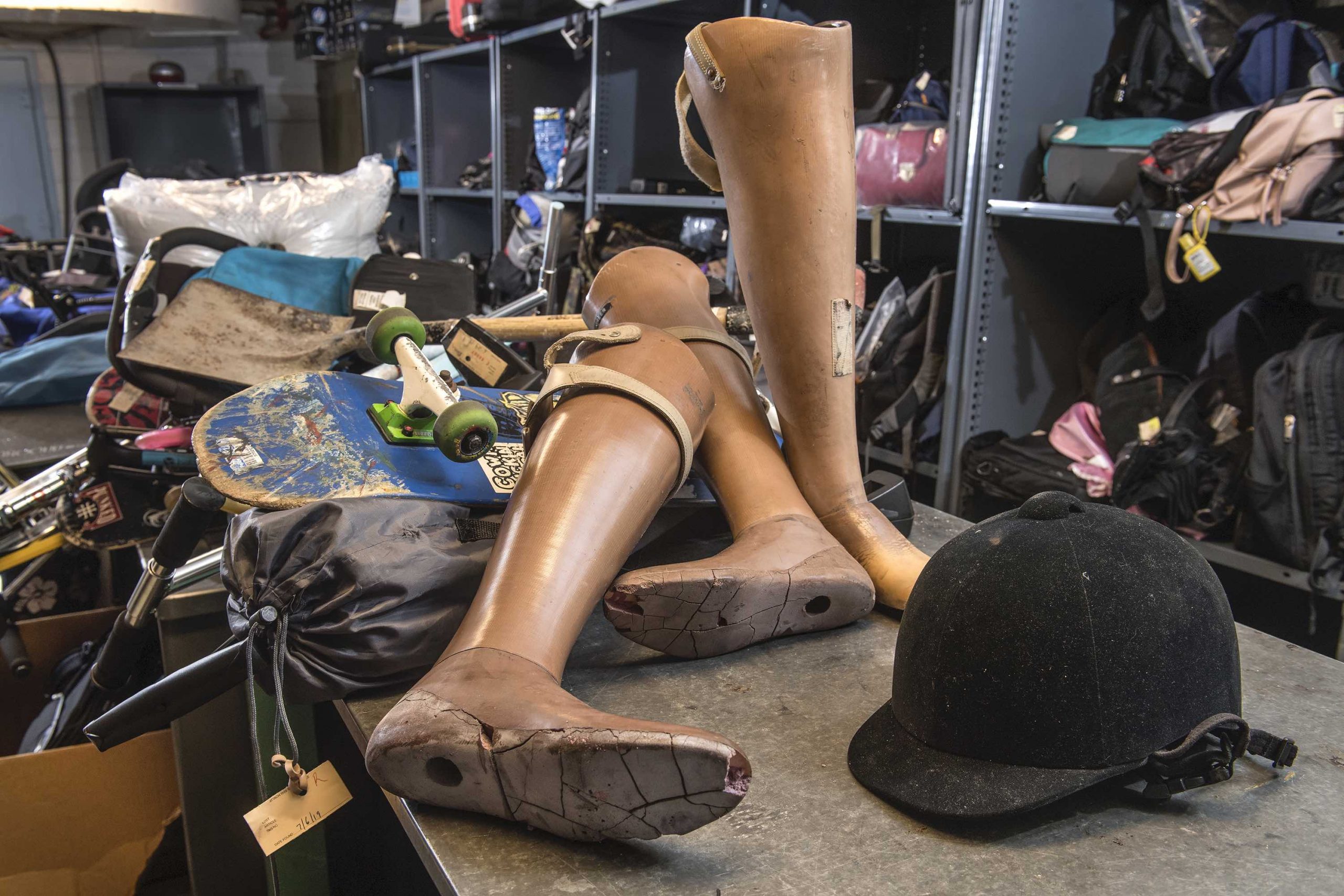 Some of the items find through out the New York City Transit System, which are brought to the Lost and Found office at 34th Street. 9/2019

Once there he brought the agency into the 21st century. “That’s the time when the digital cameras were becoming smaller and better and the quality was getting better,” he says. “So I convinced them to buy me a digital camera and I guess I converted [the MTA] from film to digital.” He also brought his own distinct style to the job. While he was told where and what to photograph, he managed to bring humanity to what otherwise could have been dry photos of construction sites and transit infrastructure. And while he’s hesitant to consider his photos art – “If people look at my work and think it’s artistic that’s very nice, but that’s not what I was hired to do. I was hired to take good photographs” – it’s hard to look at his images and think otherwise.

Cashin was around for some of the city’s most recent tragedies, like 9/11 and Hurricane Sandy, and often had to put his body on the line for the photos he needed to capture. He describes the hardest shot he ever took as one on top of the Whitestone Bridge in the Bronx. “It’s not even close to one of the better shots that I like, but it was just so physically hard,” he says. “It was in the middle of winter… and took almost an hour to physically climb inside the bridge to get to the top, because the portholes to climb through were so small I couldn’t even wear my coat.” The top of the bridge is about 400 feet above the East River, which would make for a hell of a climb even in balmy weather. “I kinda had to put one hand through the hole, squeeze my head through, bring my other hand up and every four feet there was another porthole, another hole that I had to do this to. So it was just kind of a nightmare.”

Despite everything, New York City’s subway system has a sort of romanticism to it. “It’s great when it’s working right, that’s for sure,” Cashin says. And while the subway is often thought of as a perpetually broken piece of urban infrastructure, bogged down by bureaucracy and infighting among the organisation’s leadership, its dysfunction, griminess, and general aura of stewed trash runs counter to the changes made above-ground over the past few decades. While the city itself has become ever more sanitized and expensive, the trains underneath it have stayed stubbornly in the past. It’s a nice holdover from another time, and one that sadly might not be documented as closely with Cashin’s retirement. 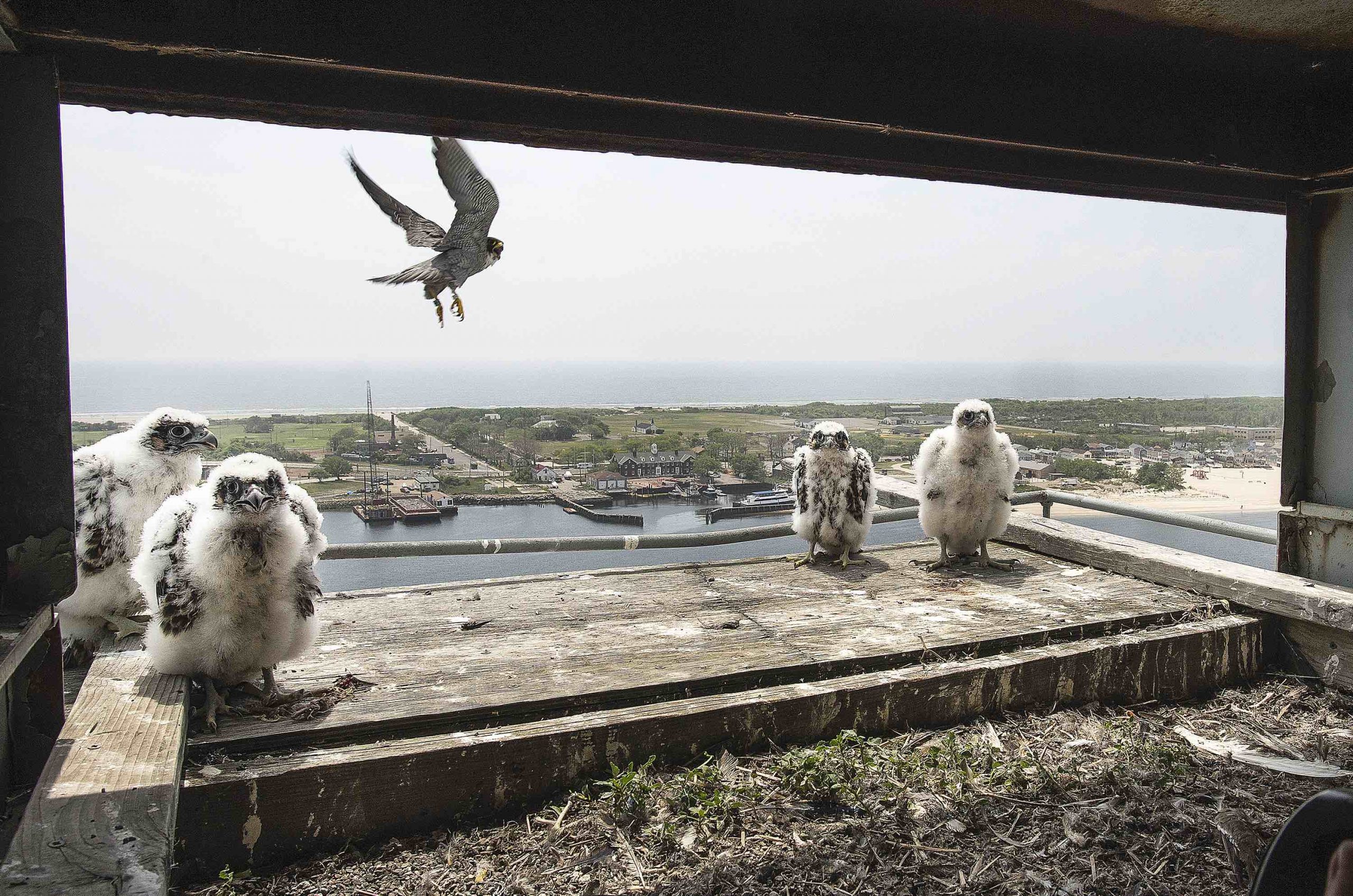 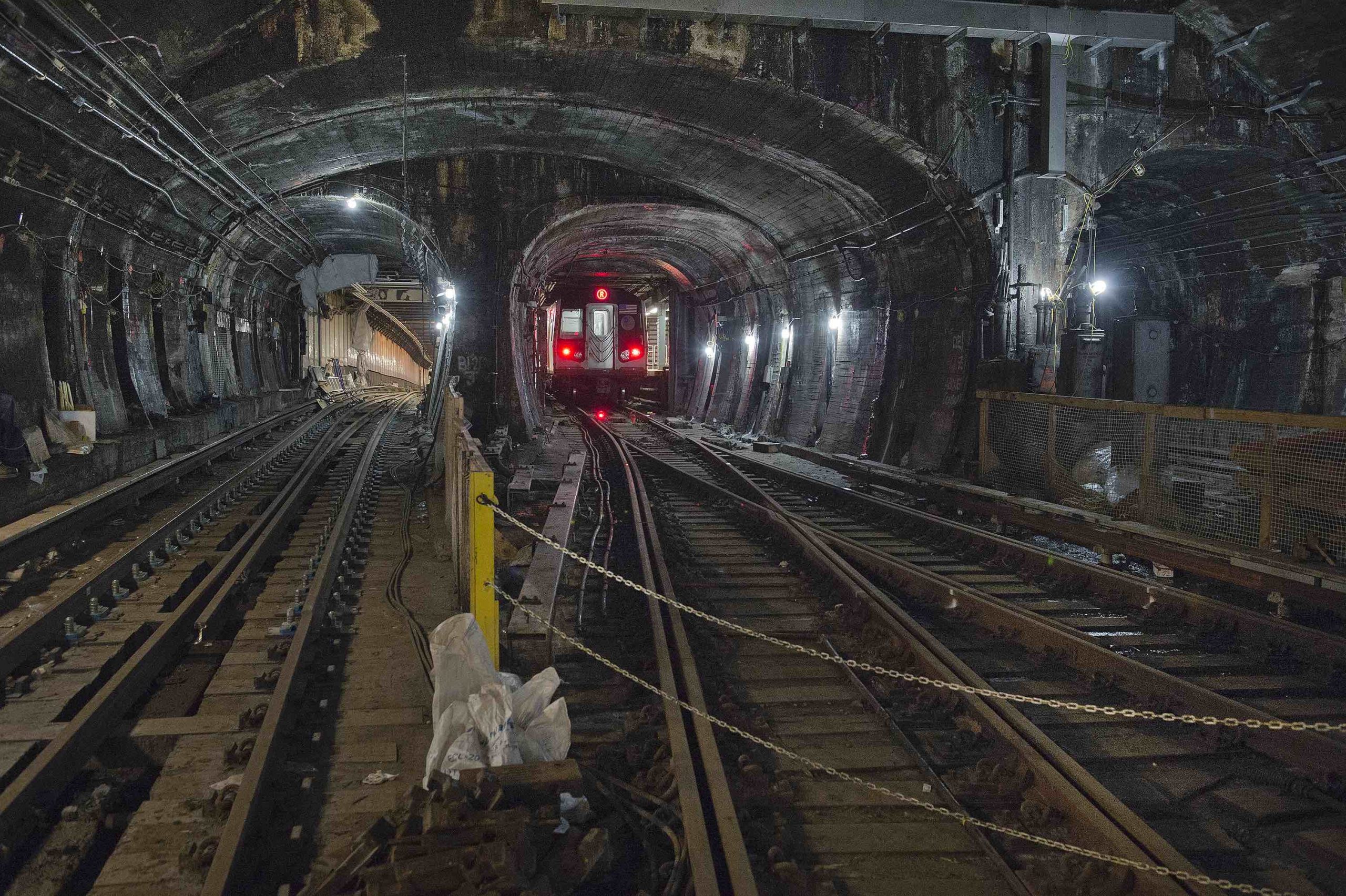 The water damage caused by Hurricane Sandy required the Montague Tube, the R Train from Whitehall Street in Manhattan to Court Street in Brooklyn, to be completely rebuilt. The Photo shows R train sitting in the Whitehall Station 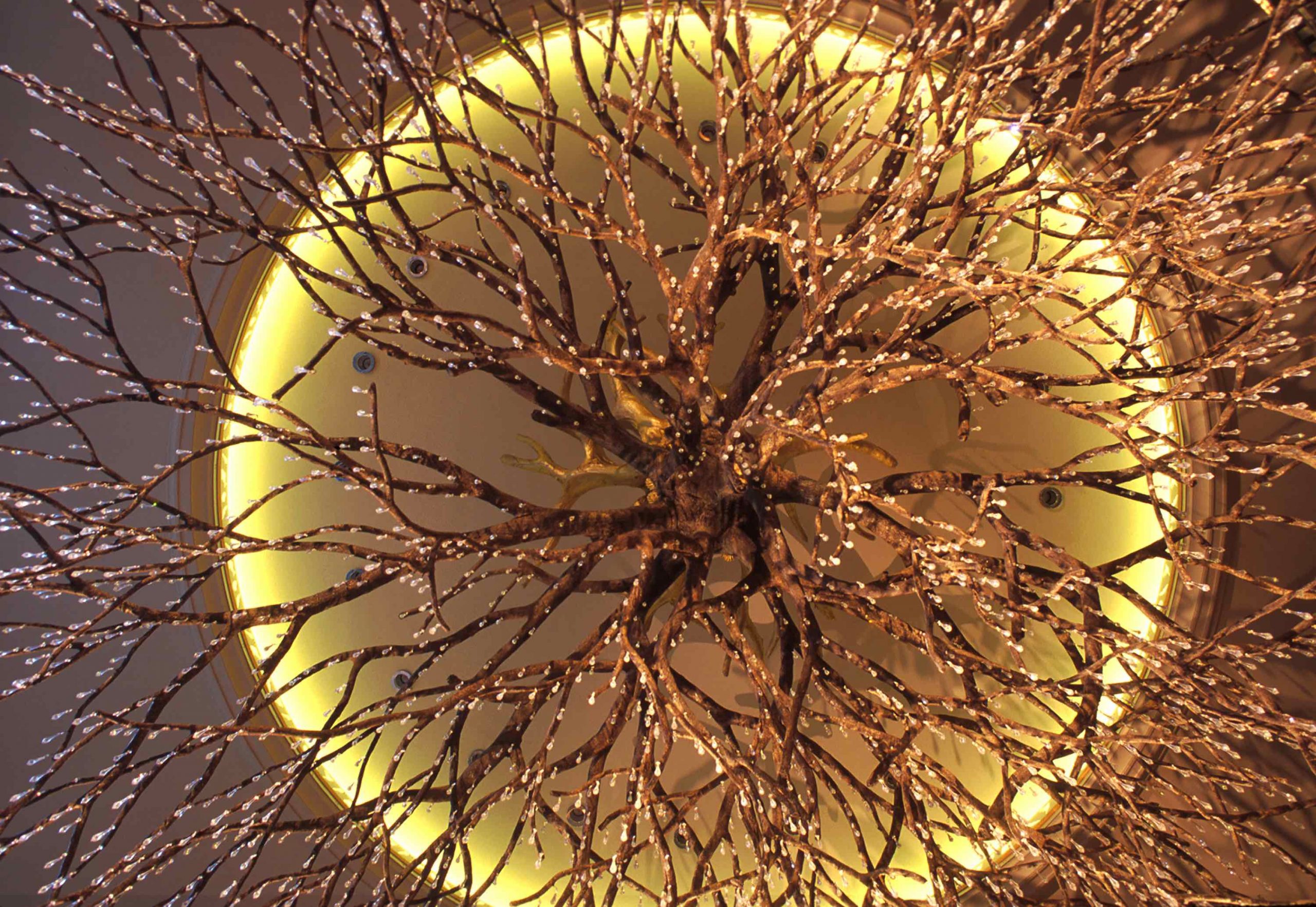 Sirshasana is a sculptural chandelier, created by sculptor Donald Lipski, shaped like a golden-rooted olive tree that hangs in Grand Central Terminal. 4/2011 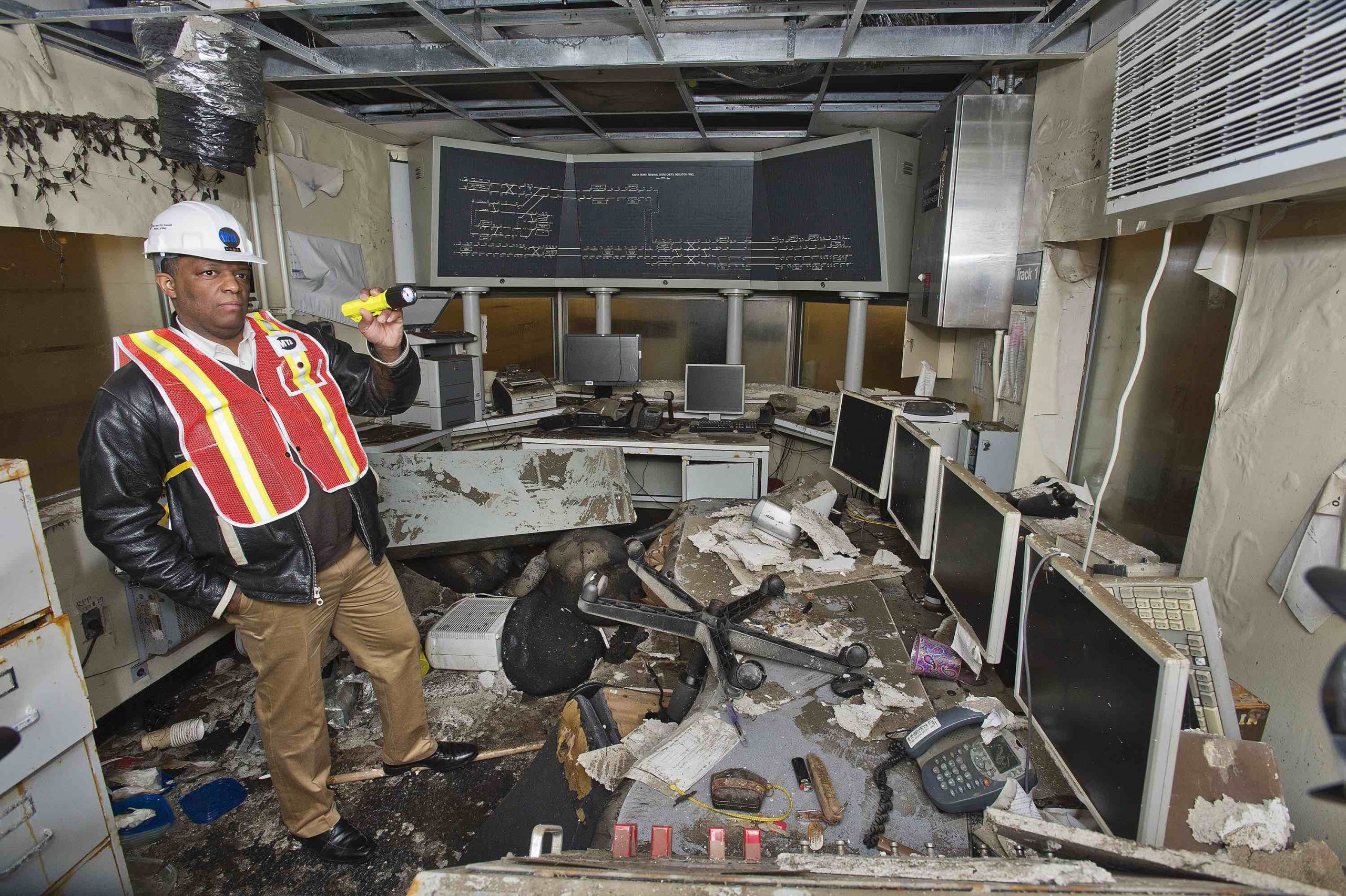 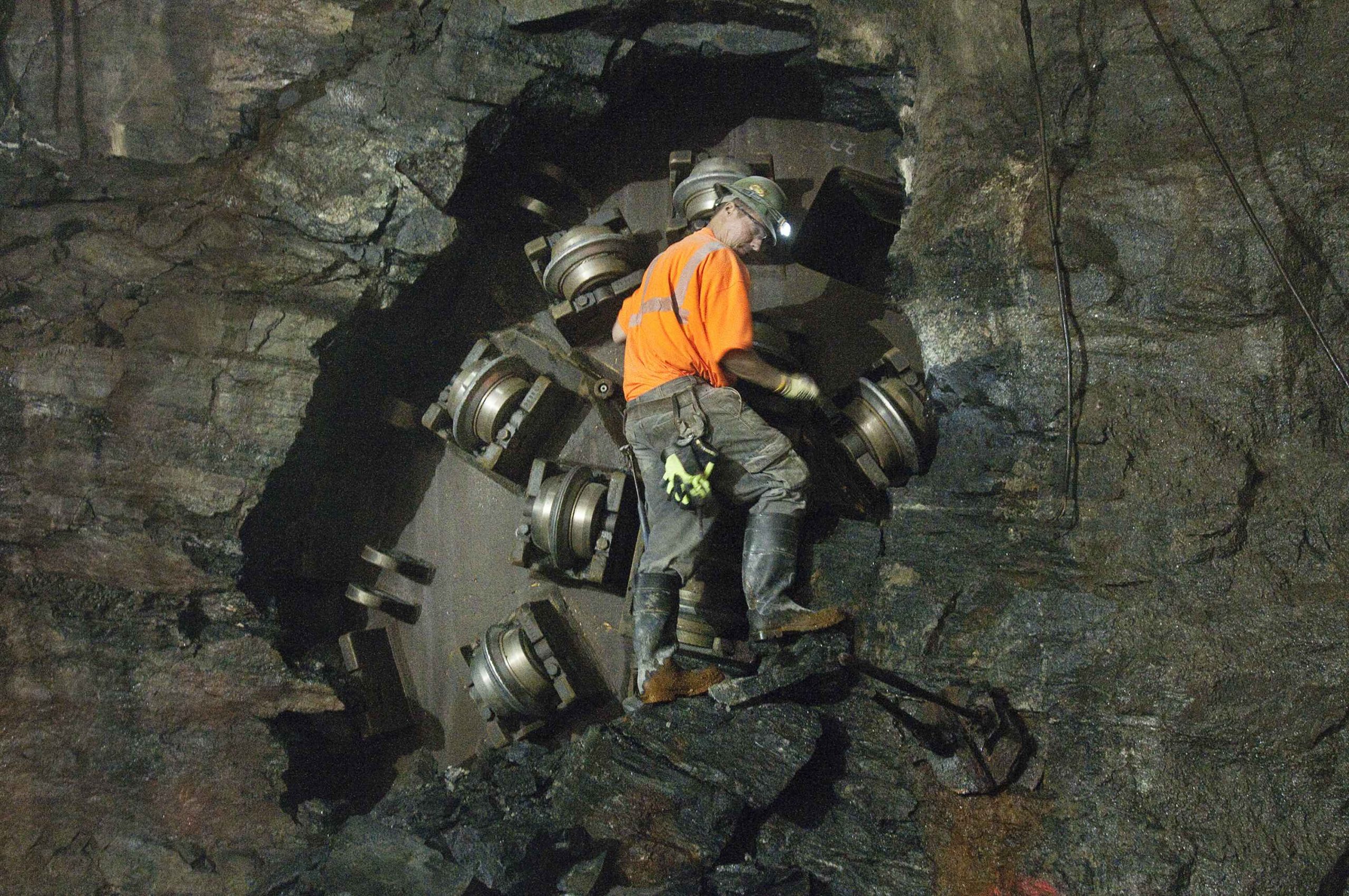 A Sand Hog working on the Second Avenue Subway examines drill bites of the Tunnel Boring Machine (TBM) after it broke through into carven. 9/2011 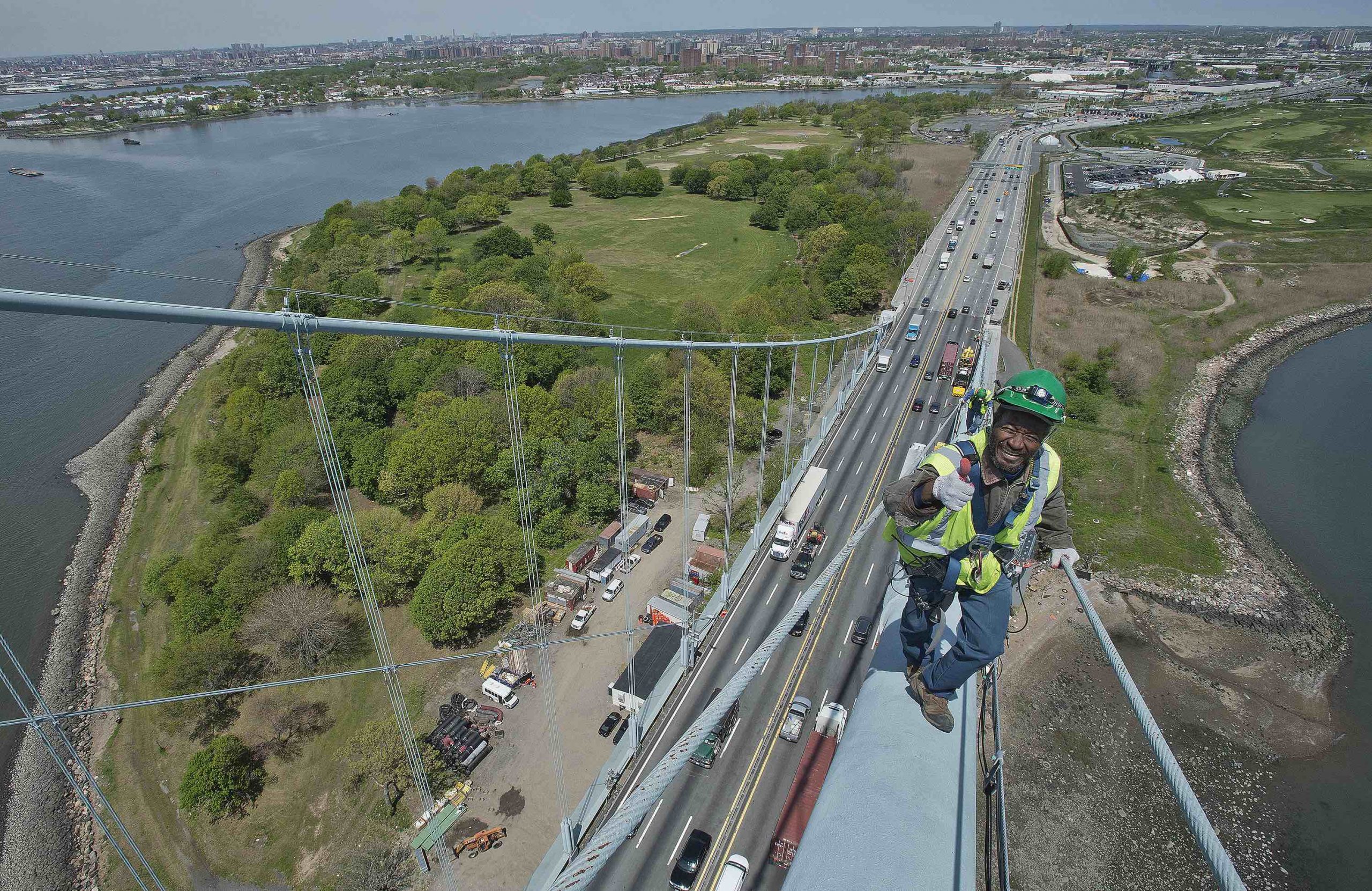 Bridge electrician walks up the cable of the MTA Whitestone Bridge to install energy efficient lights. 5/2016 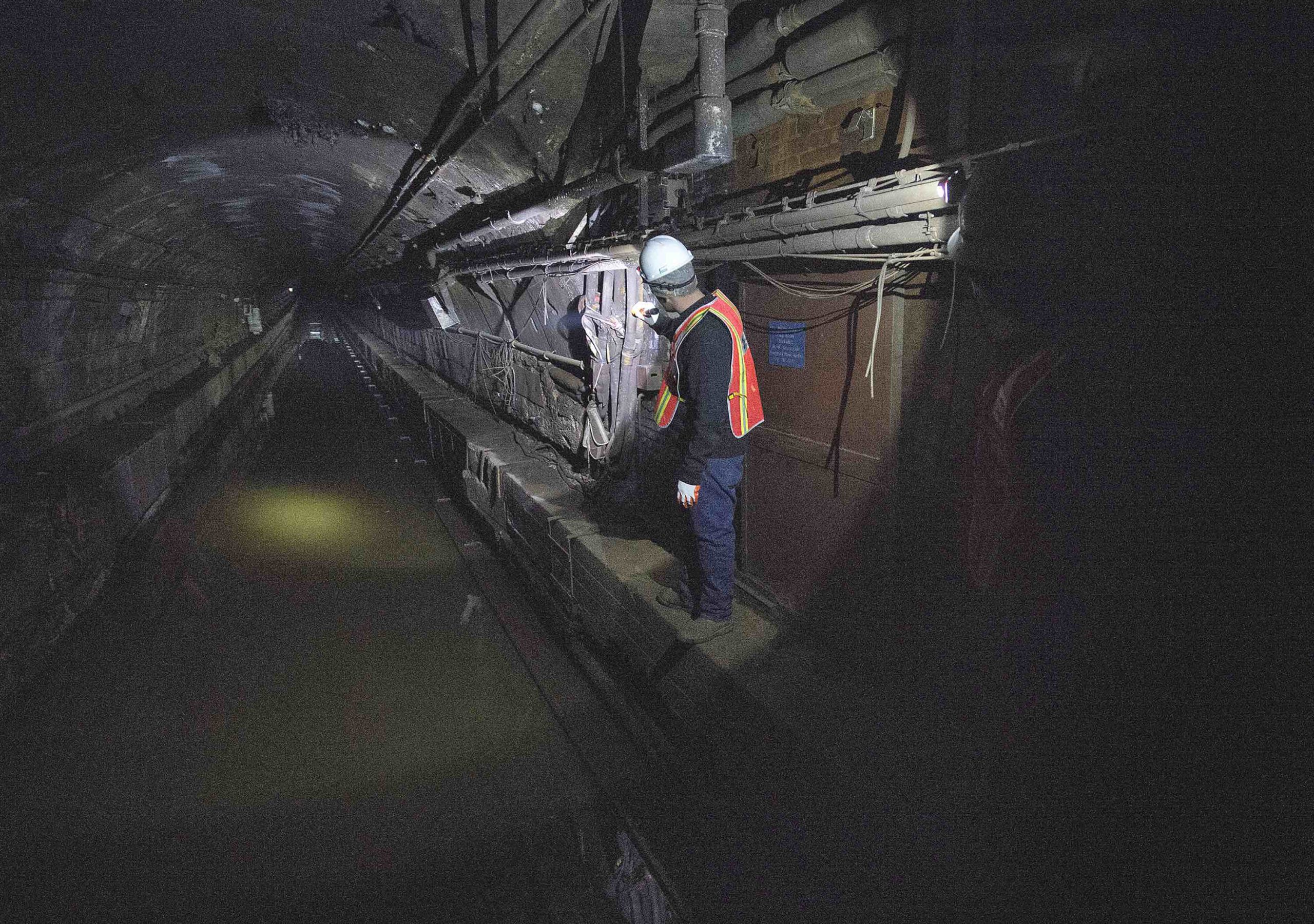 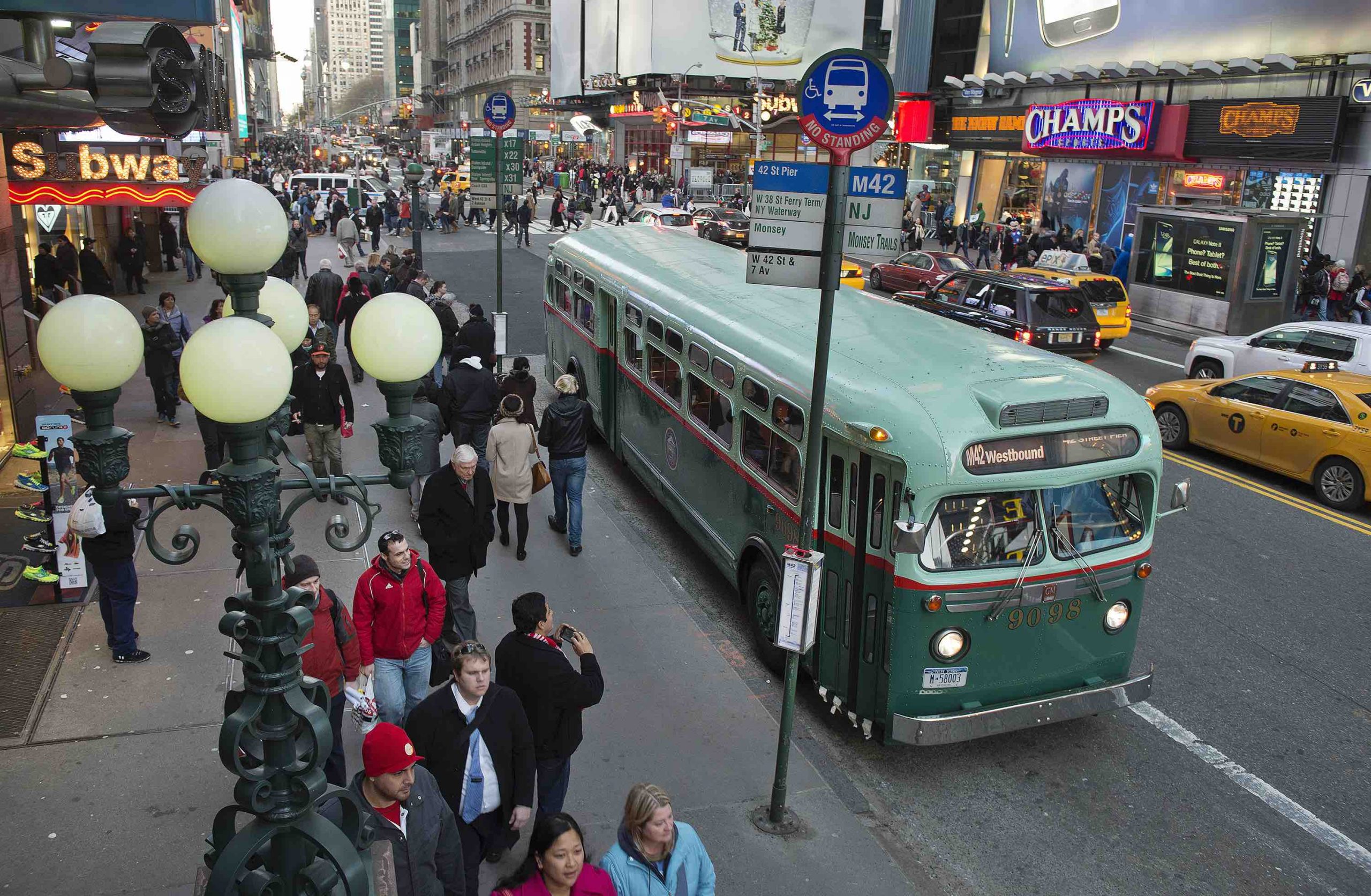 Linkedin
RELATED ARTICLES
OTHER ARTICLES
Campaigners reflect on what the supreme court’s decision to allow buffer zones in NI means for the future of reproductive rights in the UK.
After fleeing the war in Ukraine, people are finding it impossible to secure affordable and decent housing in the UK.
A new podcast is opening up the conversation between trans women and trans amorous men in the hope of building coalitions.
The first-generation graffiti artist reflects on the tagging’s emergence as an art form and the players who pushed the medium forward.
David 'Dee' Delgado’s photo project is about honouring and uplifting the city of his youth, and a world rapidly disappearing under the relentless onslaught of gentrification.
Zsófia Sivák’s ongoing project documents the country’s tavern culture, preserving a once defining part of rural life.