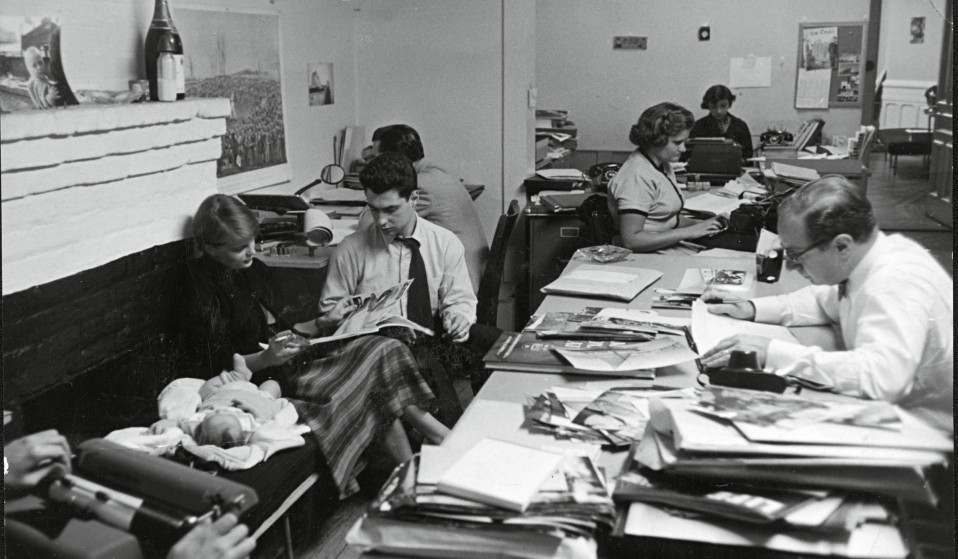 As Magnum Photos celebrates seven decades of business, a new exhibition looks back at the collective's history and the city that shaped it.

As Magnum Photos celebrates seven decades of business, a new exhibition looks back at the collective's history and the city that shaped it.

When it comes to photography it’s hard to draw up a more impressive shopping list of names. 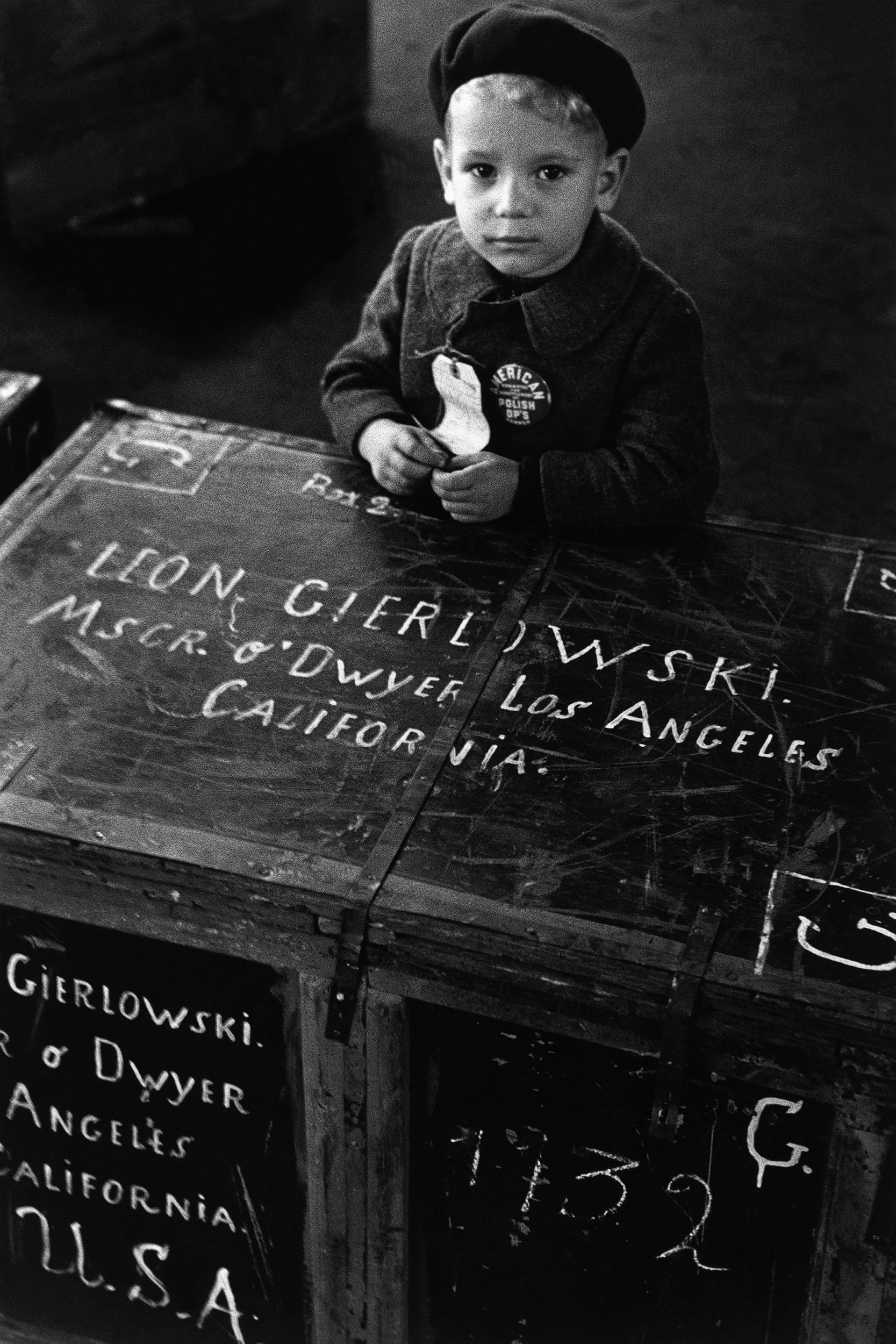 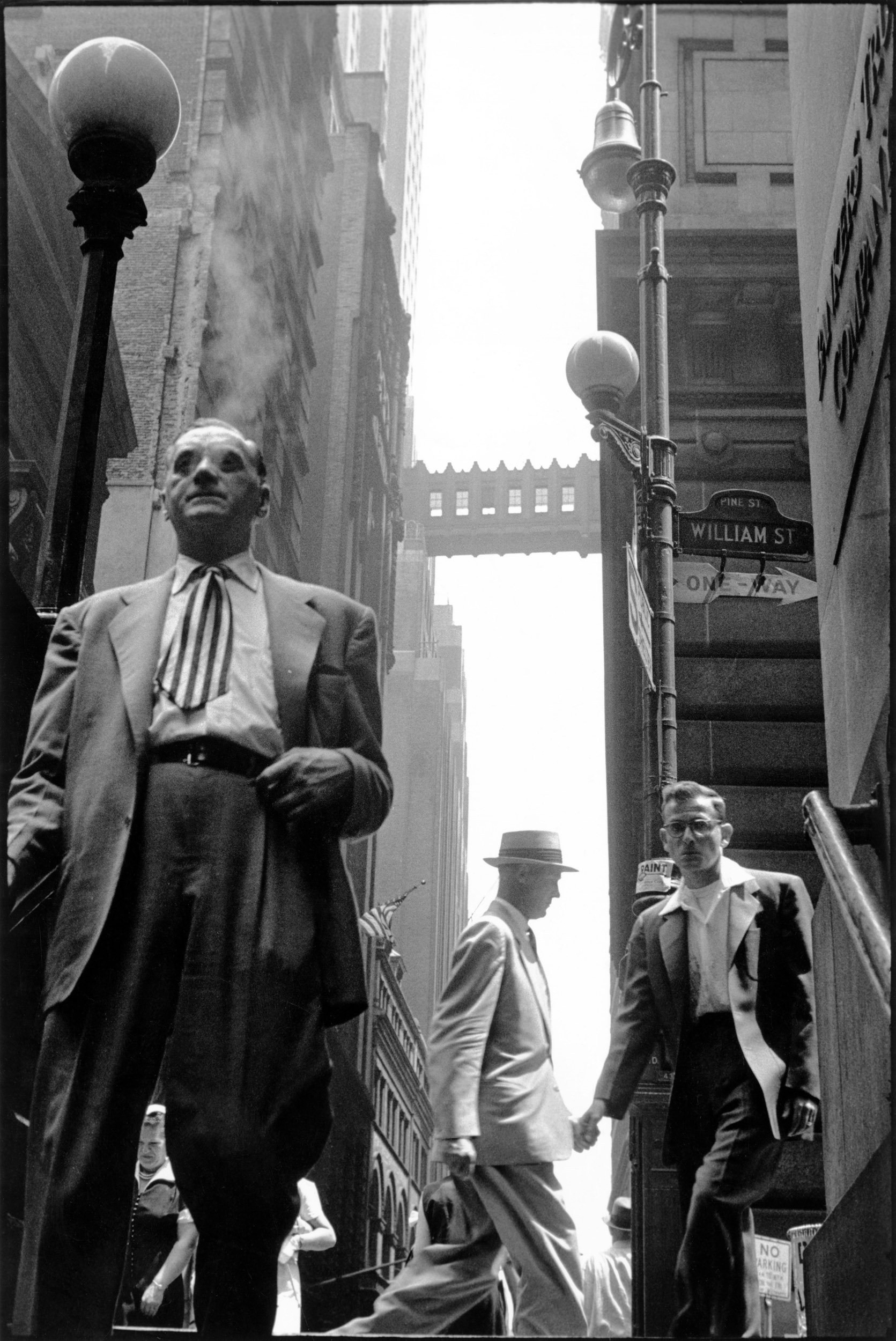 But they are just some of the legends past and present to join the ranks of Magnum Photos, and now in their 70th year the collective is celebrating its history and just how far it has come. In an exhibition – Early Magnum: On & In New York – Magnum looks back at the city that shaped it, a chance to take stock and reflect on how it all began.

Bruce Davidson is one of Magnum’s most renowned photographers, his work in and on New York City second to none. “I felt at the time there was a creative climate amongst the photos at Magnum and I wanted to be a part of a breath of fresh air,” says Davidson, when asked why in 1958 he decided to sign up to the collective. 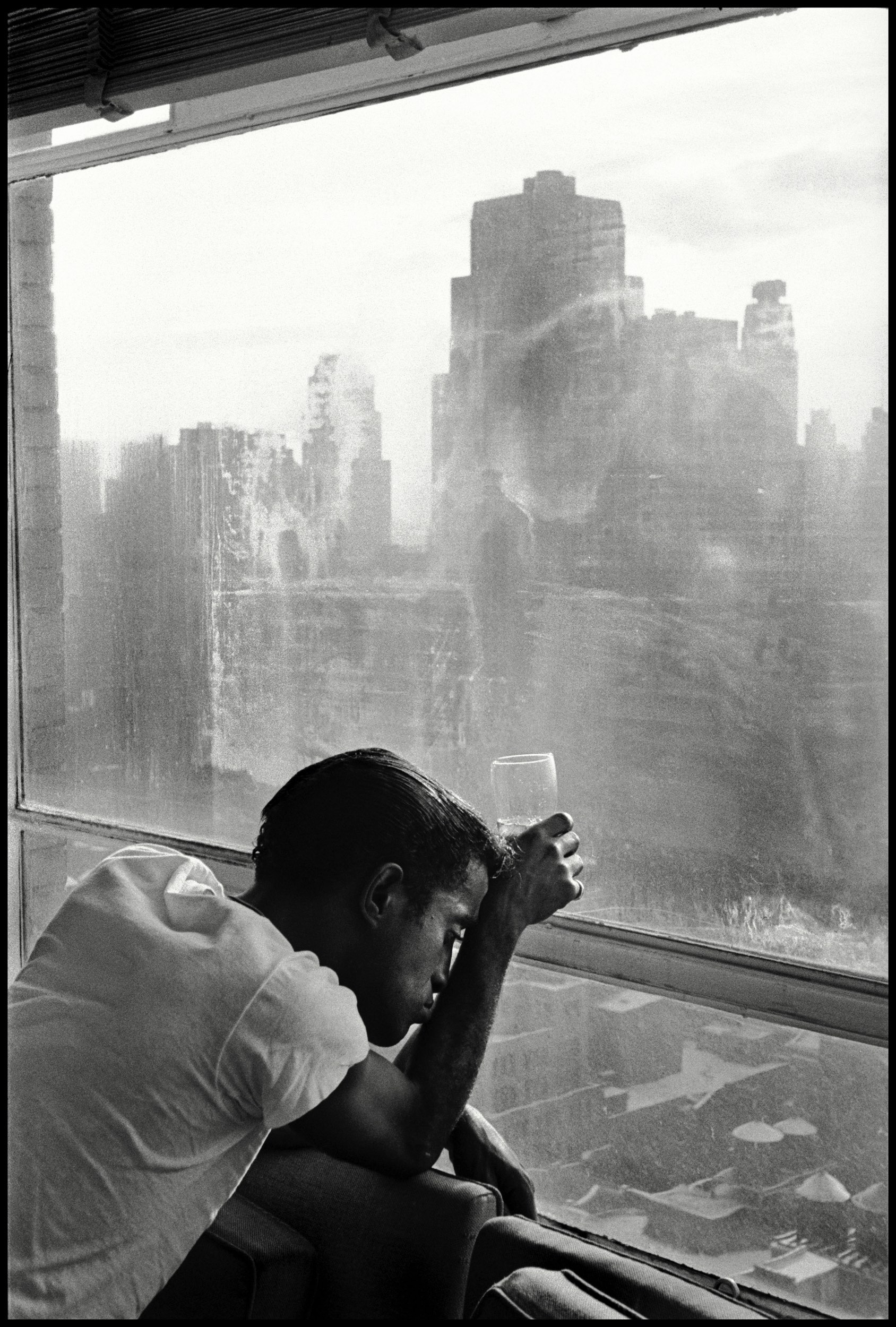 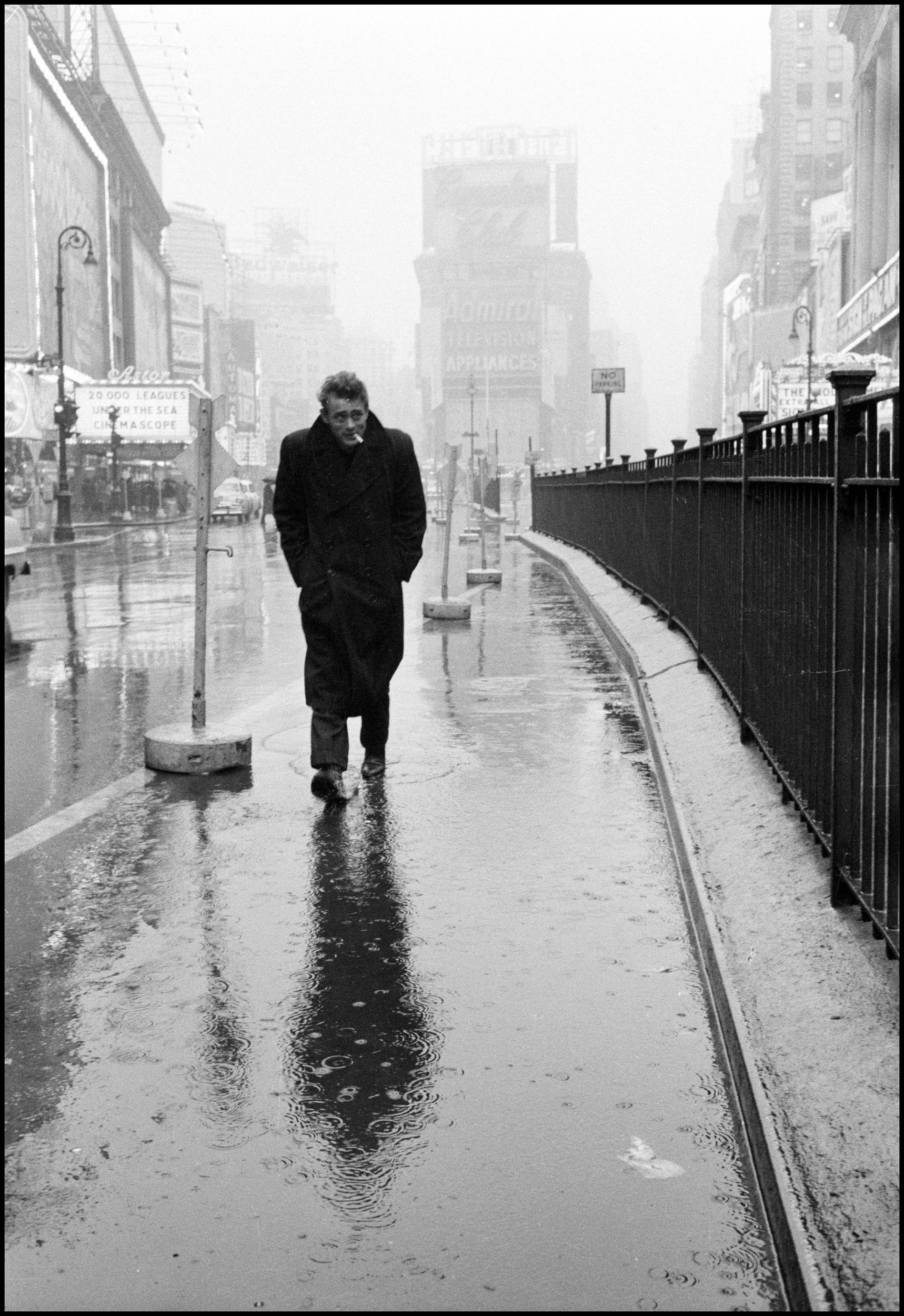 “I think it embodied the connection with the human struggle. We all felt that to some extent a photo can help. In different ways it is still present today, but we all hope that our photos have some meaning.”

According to photography legend, Magnum Photos was founded by Robert Capa over a magnum of champagne at the Museum of Modern Art in New York, taking its name from the particularly impressively sized bottle swigged from that day in celebration.

The New York bureau of Magnum Photos opened in 1947 at 55 West 8th Street, and was first run by Rita Vandivert, wife of photographer William Vandivert. Empty magnum bottles still adorn the office, serving as a reminder of Capa’s favourite drink.

The agency then was buzzing with a pioneering spirit, its independence reshaping the relationship between magazines and photographers for years to come. Their reclaiming of copyright to benefit those who stand behind the lens has shaped the way images are treated for the decades that have followed. 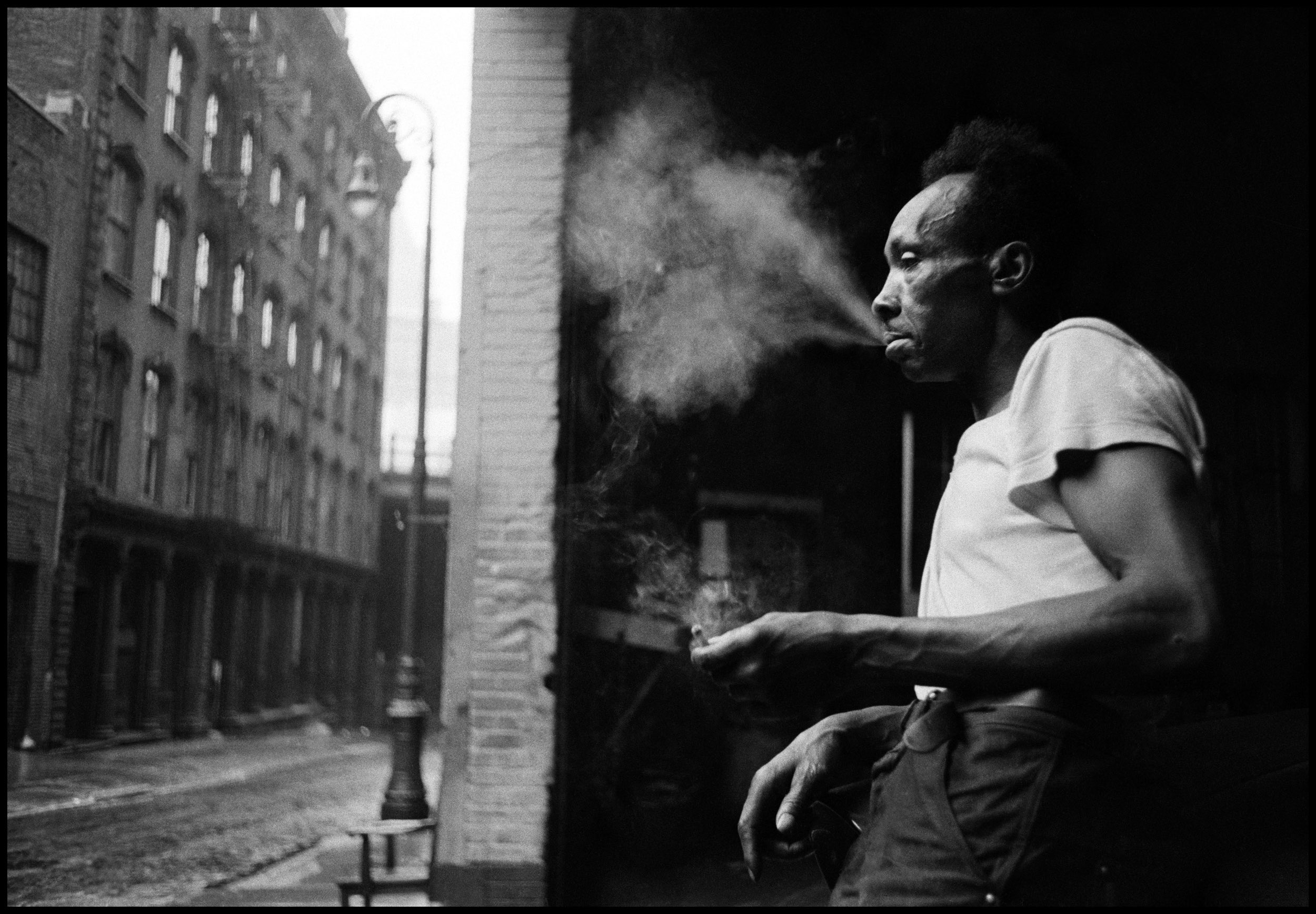 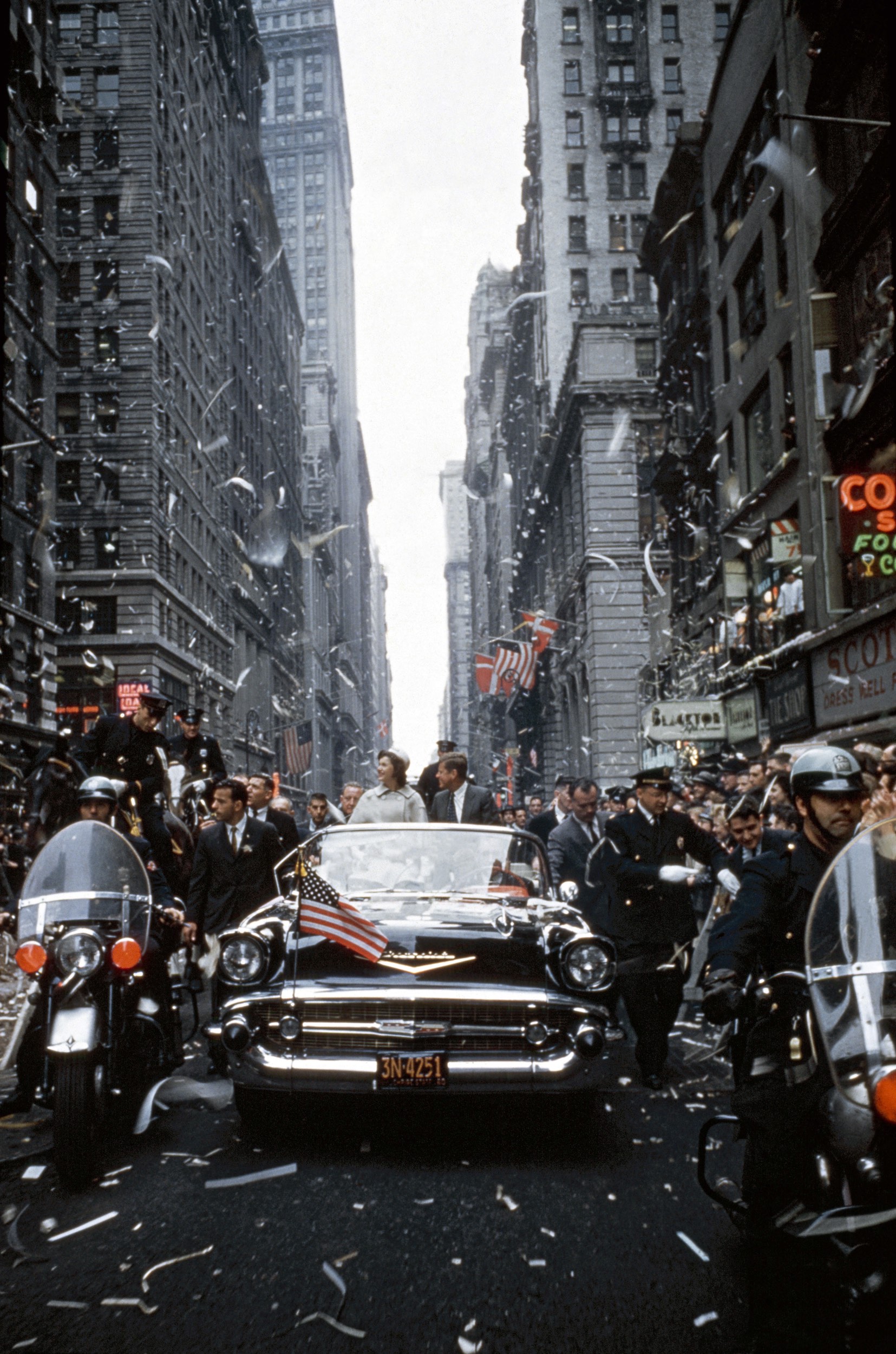 Its membership grew in size to match its founders’ ambitions –incorporating as full members Arnold, Cornell Capa, Erwitt, Glinn, Hartmann and Stock in 1954, Morath in 1955, Miller and Davidson in 1958, and Burri in 1959, amongst others over the course of that decade.

In the 50s and 60s Davidson was mentored by Henri Cartier-Bresson, Ernst Hass, and Inge Morath, it’s the way that Magnum’s community has long made room for new photographers and helped them to grow.

“I learned a lot from contemporary photographers like Bruno Barbey, Rene Burri and Elliott Erwitt,” Davidson continues. “These are all visionaries that sensitised me to other worlds than my own.”

It’s not just through formal relationships that Magnum has helped its members blossom, Davidson speaks of a community spirit that he encountered way back then. 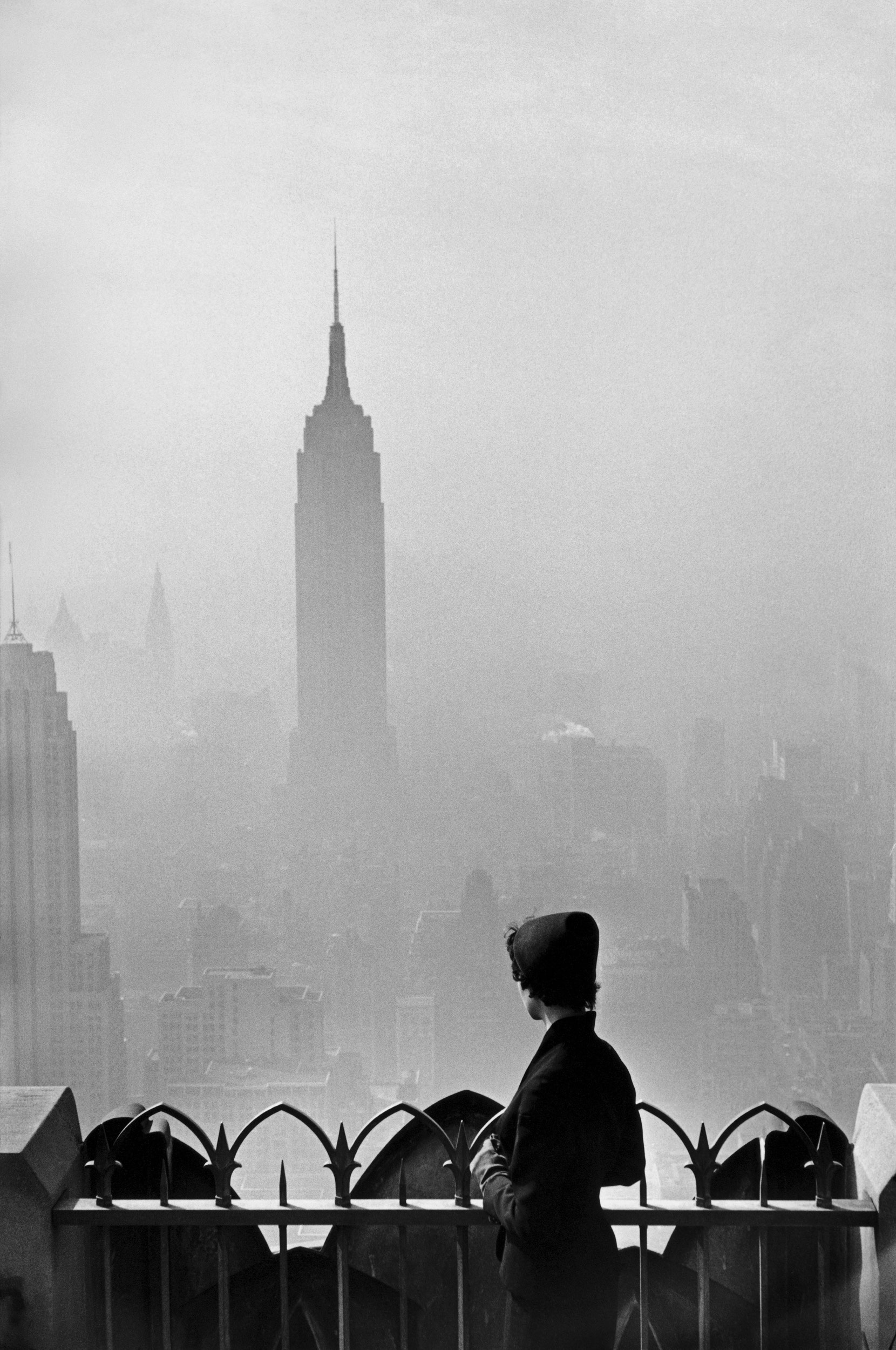 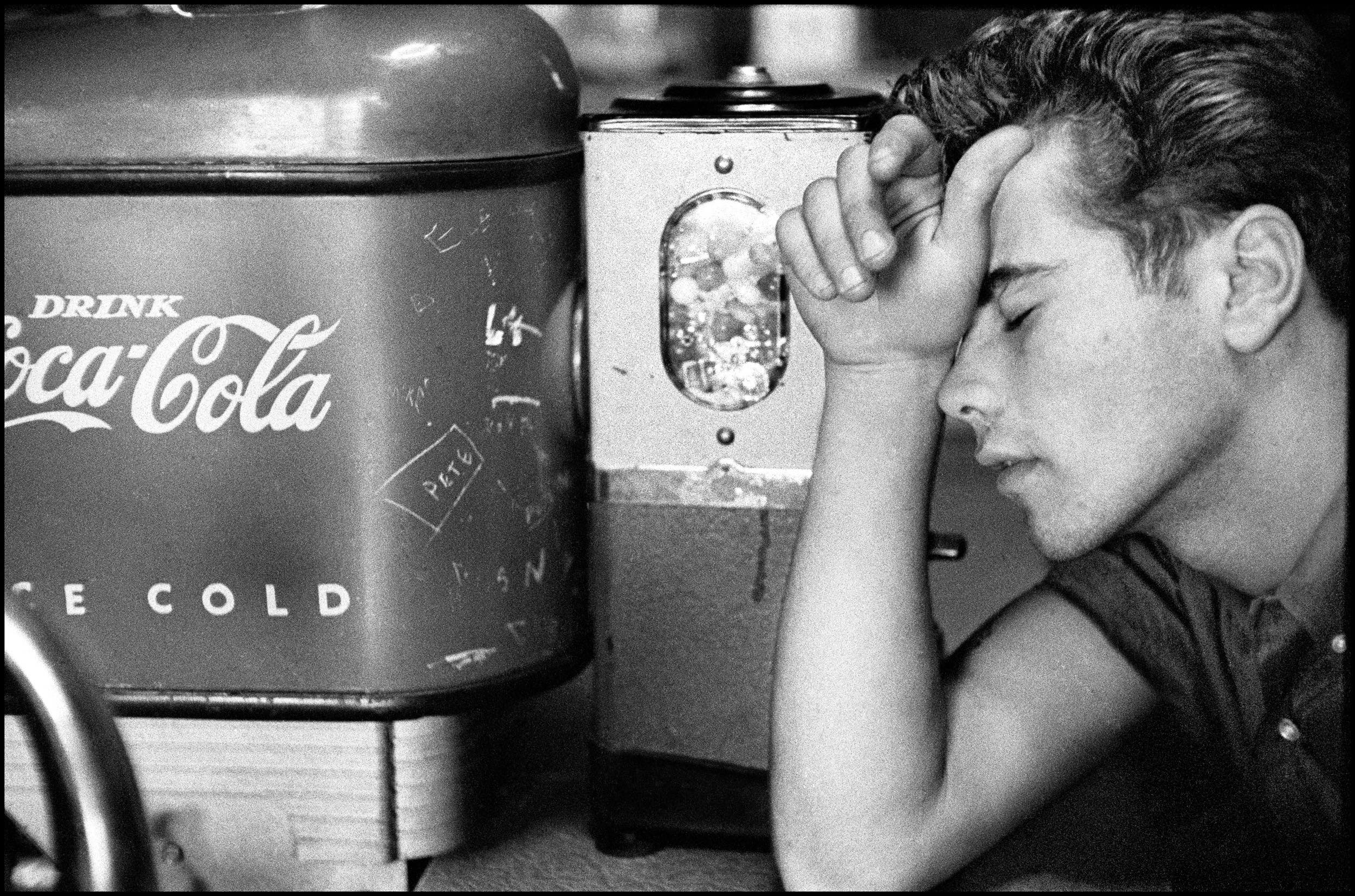 “Magnum had a picture librarian named Sam Holmes who was an amateur trapeze artist, he told me about a circus nearby in New Jersey that had a white tent which meant it was bright inside the arena,” Davidson explains. “This is the kind of support or acknowledgement that encouraged me during my earlier years. He and others suggested many places for me to go and photograph.”

In 1966 Sam introduced Davidson to a minister on East 100th St named Norman Eddy, he gave the young photographer access to the families of the neighbourhood. “Also Lee Jones, who was a picture editor at Mangum, introduced me to a muskrat trapper in the New jersey meadows. You find you have certain touch stones in your career that allow you into other worlds.” 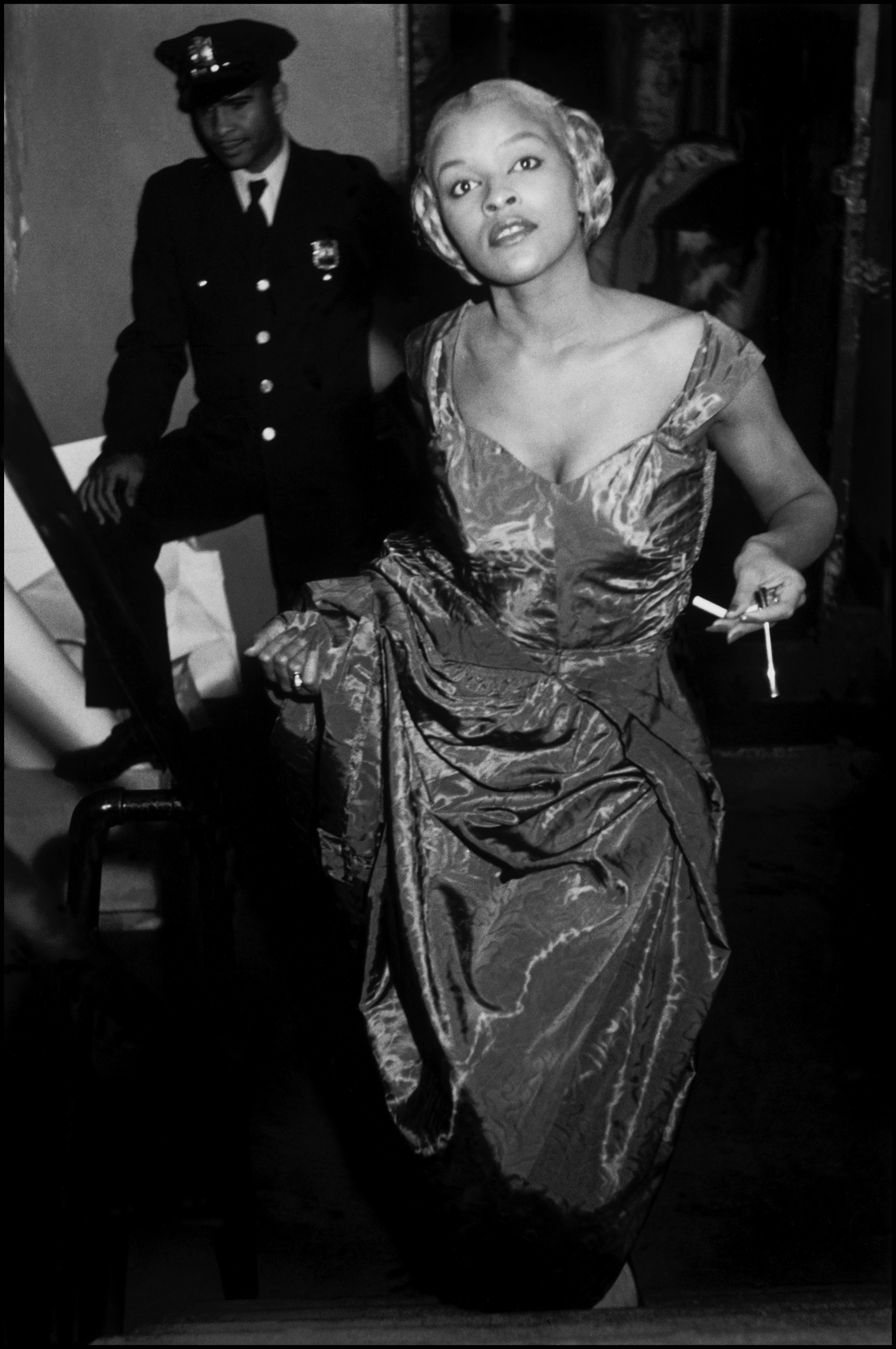 USA. New York City. Fashion in Harlem. Model Charlotte Stribling aka ‘Fabulous’ waits backstage for the entrance cue to model clothes designed and made in the Harlem community. Photo by Eve Arnold.

Now their latest show combines classic images taken in the 1950s by Magnum members with archival pictures from the agency’s New York office too. This exhibition portrays the workings of the organisation and its community of enterprising members in a dialogue with the city that has been Magnum Photos’ U.S. home – and a source of inspiration – since its founding in 1947.

“Magnum is a community of thought, a shared human quality, a curiosity about what is going on in the world,” suggested co-founder Henri Cartier-Bresson, “a respect for what is going on and a desire to transcribe it visually.”

Magnum continues to do that to this day.

Early Magnum: On & In New York is open at The National Arts Club, New York until 29 April 2017,  and online as part of their 70th anniversary celebrations Prints are available to buy here.

Linkedin
RELATED ARTICLES
OTHER ARTICLES
The musician, DJ and founder of Monika Enterprise reflects on a career defined by revolution and rule-breaking.
With a new bill seeking to further criminalise asylum seekers, the work of a group of volunteers monitoring small boats in the English Channel is all the more vital.
Ahead of the policing bill reaching its final stages in the Lords, protestors came together to rally against the legislation.
During the pandemic, Made In Hackney launched a meal service that has since proved vital for many, made up of vegan dishes that reflect the borough‘s cultural diversity.
While the popular news aggregation service has been kicked off Twitter, its demise does not spell the end of digestible misinformation.
Photographer Alice Mann reflects on capturing the camaraderie and discipline it takes to succeed in a highly-competitive sport.