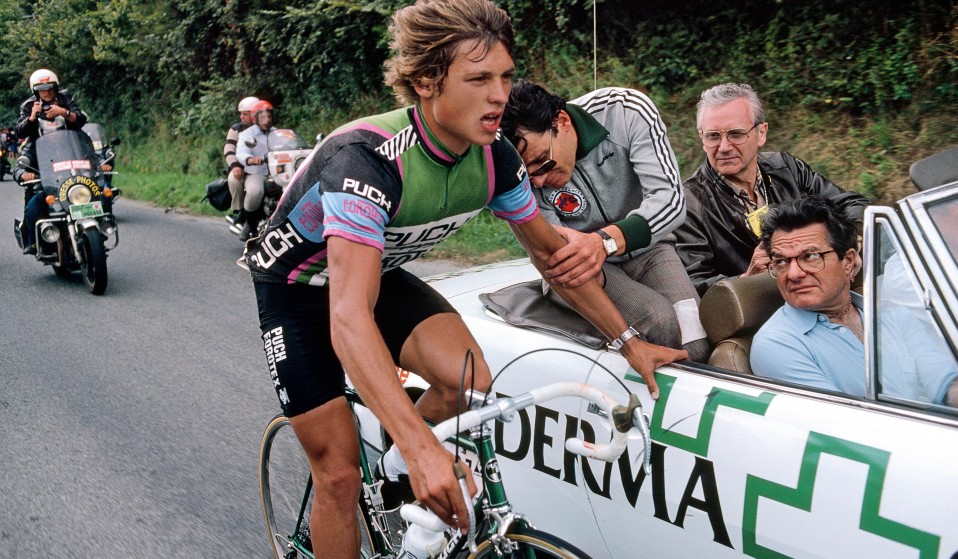 Showing the emotion and beauty of cycling the world.

New photobook Magnum Cycling, by Guy Andrews, shares the stunning scenes and raw emotion of cross-country cyclists around the globe.

Pro-cyclists need physical determination and pure emotion to ride fast through the beautiful landscapes they journey across. While most spectator sports like football, basketball and baseball take place in stadiums, and sometimes provide scenarios for fantastic photojournalism, not many do so quite as spectacularly as cycling. This is because riding can take you to the top of a mountain, the edge of a coastline, or the depths of a stretch of desert – sometimes all in one race.

Aside from a select few, not many cyclists make it to the same glamorous heights as the sports stars that dominate adverts on TV, or the billboards dotted around every major city. It sometimes feels unfair, when you consider the sheer physicality that comes from competing in races like the Tour De France. Racing in such an event takes years of training, incredible stamina and outstanding athleticism.

Cyclists are the unsung heroes of the sporting world: they are rarely halted by the weather, and their strenuous and lengthy tracks are coupled with hours of solo and lonely pedalling. Cyclists don’t receive nearly as much of the praise they deserve, and neither do the photographers spending their lives chasing the racers.

These journalists race against the competitors to witness and capture some of the most outstanding moments in sporting history.

Guy Andrews, the founder of cycling magazine Rouleur, has worked with Magnum Photos, to showcase generations of the world’s cyclists, and to share the stories of the photographers that captured them. 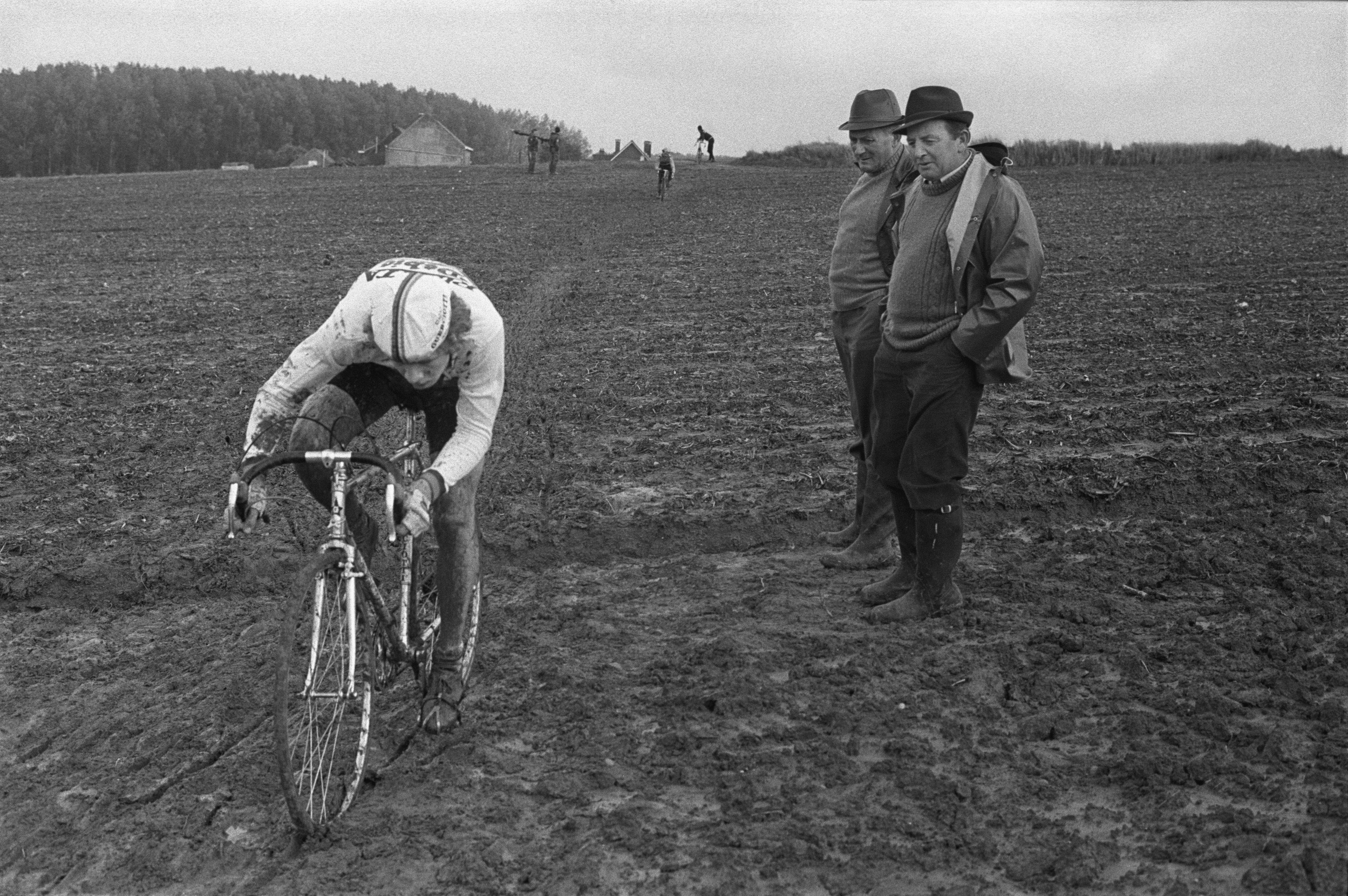 Where did you get the idea for the book?
In all honesty it seemed to just ‘happen’. Lucas Dietrich from Thames and Hudson and I have been in touch over the years about similar projects, and my work at Rouleur magazine meant I knew Ruth Hoffmann and Hamish Crooks at Magnum quite well. So it was an obvious and natural step to do a book with Magnum about cycle racing. To be quite frank I would have done anything to do this book. I love the work and the subject matter is my passion, added to the fact that much of it is from my ‘era’ of the mid to late 1980s too, just made it all the more perfect. It was a dream job.

Which of the stories stand out in your mind?
Capa’s 1939 Tour de France. It’s so visceral and real. It’s like it happened last year – that’s the amazing thing about Capa’s work, it was so consistently good and ahead of the rest. The contact sheets are like stepping back in time, but show a clear and intelligent thought process. There are only around 30 sheets, but his ‘hit rate’ was so good you could print every frame. Harry Gruyaert’s story of the Tour de France and the one by John Vink are also outstanding, because they show the depth in the story and have a very completed feel, they nailed it. 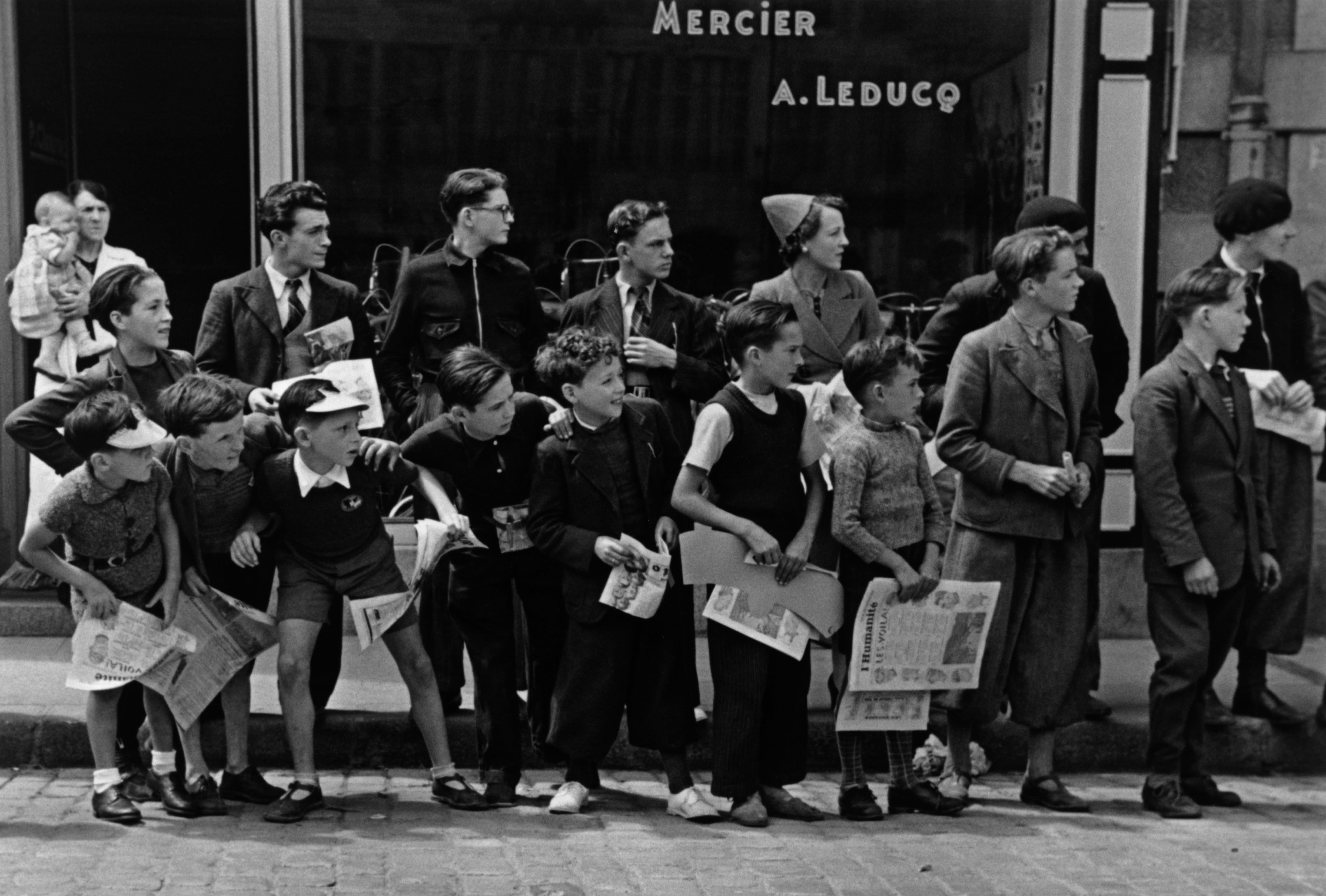 Do you have a favourite picture form the collection?
From the whole book, probably John Vink’s scoreboard or one of Harry Gruyaert’s images at the Tour de France – I really love the shot of Bernard Hinault, leading the peloton and the fact that Harry only just realised, when the book was printed, that Hinault is staring right at him. Guy Le Querrec’s portrait of Laurent Fignon sitting in a hotel bar is also a favourite. Martine Franck’s shot of the Tour peloton on the Rue du Rivoli in Paris too… I could go on.

What difficulties did you face creating the book?
As any editor will tell you when working with quality work like this, it’s not what you put into the book; it’s what to leave out. Once we had the edits done, the photographers were all very easy to work with and it was a real pleasure to interview them, to hear their stories and how they came to be shooting a bike race in the first place.

What’s coming next for you?
I’m just finishing up my next book, which is a pictorial biography of the American Tour de France winner, Greg LeMond. Also a new publishing project called Bluetrain, where we’re working with a host of photographic projects and books – not just in cycling but also with reportage and an in-depth approach to the subject matter. We’re also working on some other Thames and Hudson projects too. I’d really like to do another Magnum book and I think we have a workable idea or two already, so watch this space.

Magnum Cycling is published by Thames and Hudson.

Linkedin
RELATED ARTICLES
OTHER ARTICLES
Filmmaker Laura Poitras discusses her new documentary which traces the remarkable life of the artist-activist and the impact of her battle against the US opioid crisis.
Since 2007, Gideon Mendel has made 20 trips to document floods in 13 countries. The result is an alarming record of what has already been lost to the climate emergency.
The action took place in response to the 200 asylum-seeking children who were placed in hotels run by the Home Office who have gone missing.
AI companies that develop image-generators using copyrighted artwork from the internet are coming under fire from artists who say that it amounts to theft.
A new film from Berghaus traces the story of Adam Raja, who left behind a turbulent upbringing to discover the healing power of climbing.
Theo McInnes’s photos of the annual event provide an intriguing snapshot of contemporary Britain.