Issue Archive / Inside the American town burning since 1962 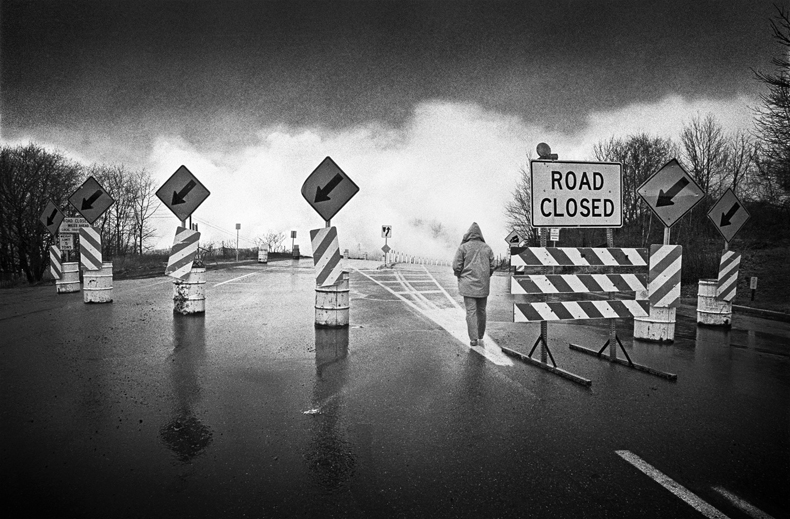 In the ’80s, photographer Renée Jacobs touched down in Centralia, a small Appalachian mining town approaching its final chapter – due to the slow creep of an unstoppable fire, blazing 300 feet below ground.

On 27 May, 1962, a long, shrill whistle swept through Centralia, sounding the alarm. An abandoned coal mine, now an unofficial trash dump, was on fire. Volunteer firefighters and borough workers moved quickly to extinguish the flames. But unto their knowledge the fire continued to blaze. 300 feet below ground, the flames made their way to a coal seam, before spreading through mine tunnels running beneath the small Appalachian town.

It was soon clear the fire hadn’t stopped. That July, town officials met with government representatives to discuss solutions — none of which worked. Instead, as the years passed, the situation only worsened. Carbon monoxide began to rise out of the mines, poisoning the air. Inside homes, black boxes monitored gas levels with a relentless ticking – only to issue an explosive scream when they reached dangerous heights. Warning signs began to litter the landscape, highlighting places it was unsafe for children to play. Some 1,800 boreholes were dug into the ground, releasing smoke from the slow-burning fire into the atmosphere. 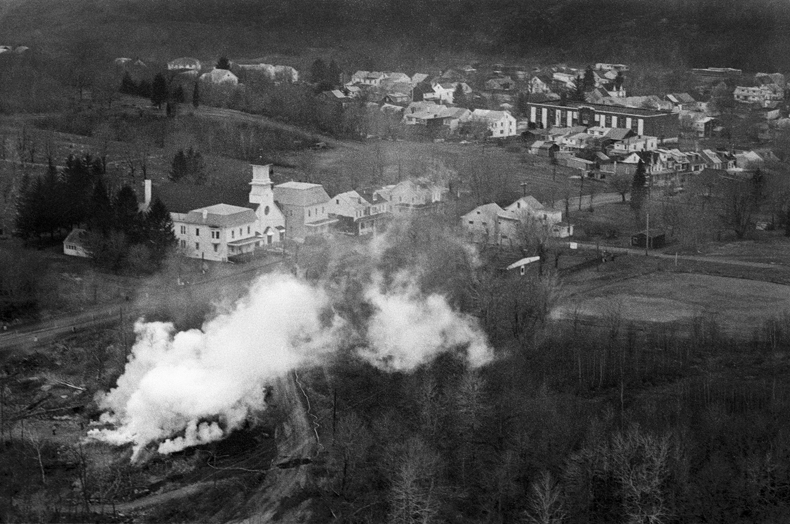 In 1980, the US Bureau of Mines (USBM) released the Red Book, a report on the Centralia fire that concluded all efforts to extinguish it were futile. Three years later, a second report announced the fire was now burning on three, possibly four fronts, and would continue to spread to lands under neighbouring towns. After Centralia residents voted to take a federal government buyout on 11 August, 1983, blood-red numbers appeared on houses sold and slated for demolition.

That same year, photographer Renée Jacobs, then 21, decided to visit Centralia while working as photo editor at The Daily Collegian, the student newspaper of Penn State University. “It was really eerie,” she says, describing her first impressions of a town that was so small, she was able to cross it by foot in 30 minutes. “I didn’t know anyone, so I just walked around and people were hanging out on their front stoops. They were very open and friendly, and very savvy about trying to use the media to get their agenda across. Everyone was eager to share their views with me.” 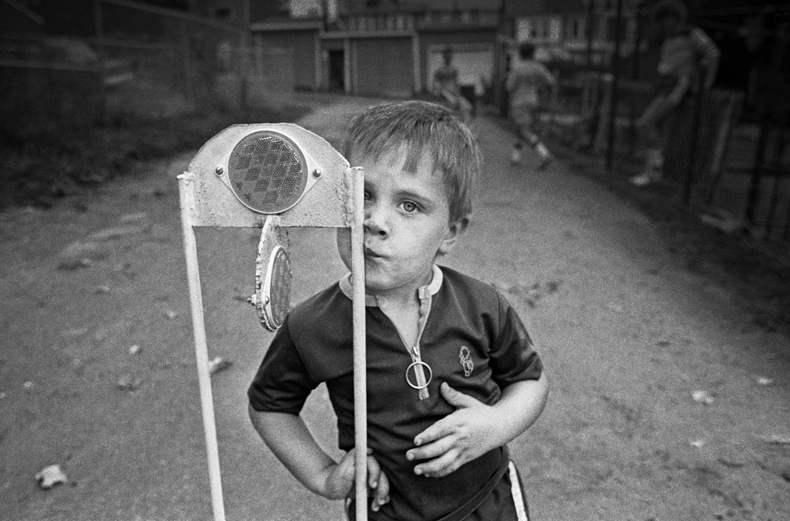 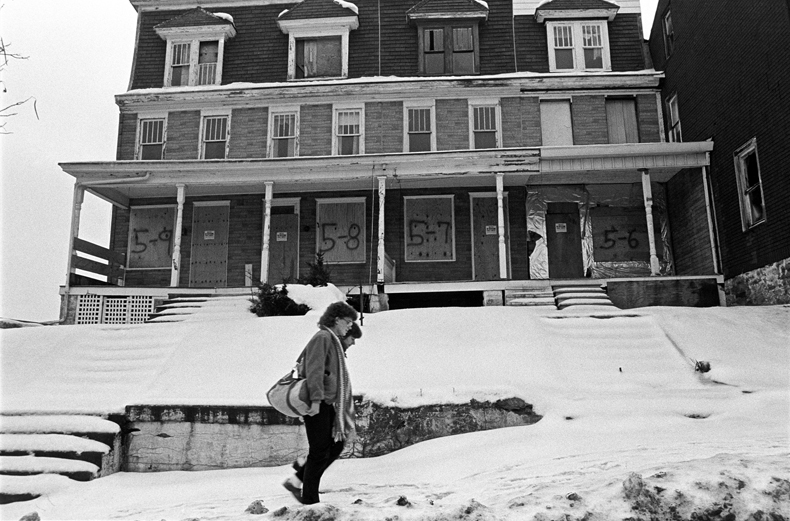 What started as a weekend trip soon became a chronicle of the town’s final years. To get a better understanding of the issues at play, Jacobs moved into a house right on top of the impact zone, owned by local couple Catharene and Leon Jurgill. She lived there for six months, documenting the lives of townspeople on both sides of the divide.

“There was skepticism about whether the mine fire posed a danger and families like the Jurgills were split on opposite sides. Catharene became a very vocal proponent for leaving the town. I was able to live in their house because they moved out when the problems first began,” says Jacobs, who published her work in the 1986 book, Slow Burn: A Photodocument of Centralia, Pennsylvania. 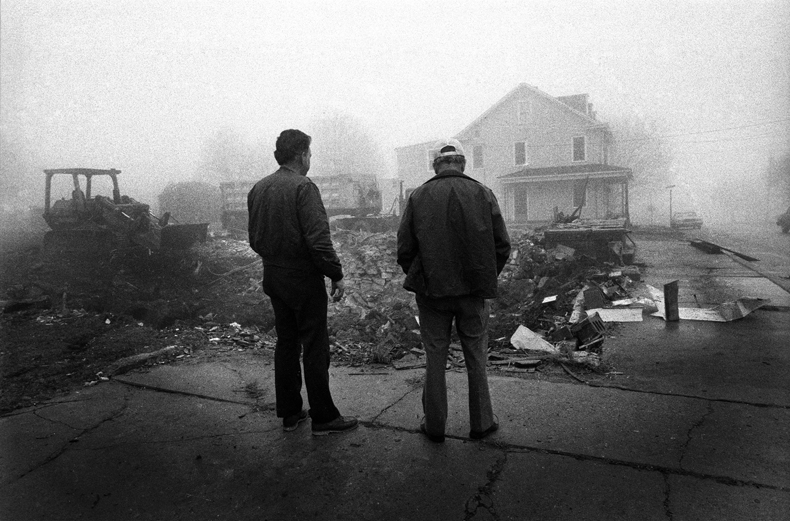 As time went on, Jacobs became increasingly aligned with people who wanted the government buyout. “Being there day to day, you could see it and smell it,” says Jacobs.

There were unseen dangers, too. On Valentine’s Day, 1981, a 12-year-old Todd Domboski was playing in his grandmother’s backyard when the earth gave way under his feet. As the boy began to fall into a 300-degree pit, he grabbed hold of tree roots exposed in the loose earth, narrowly escaping death when his cousin pulled him to safety. 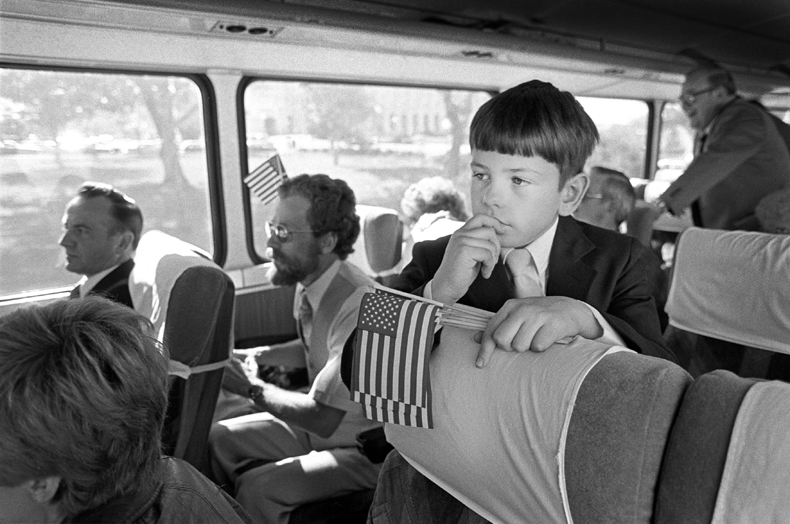 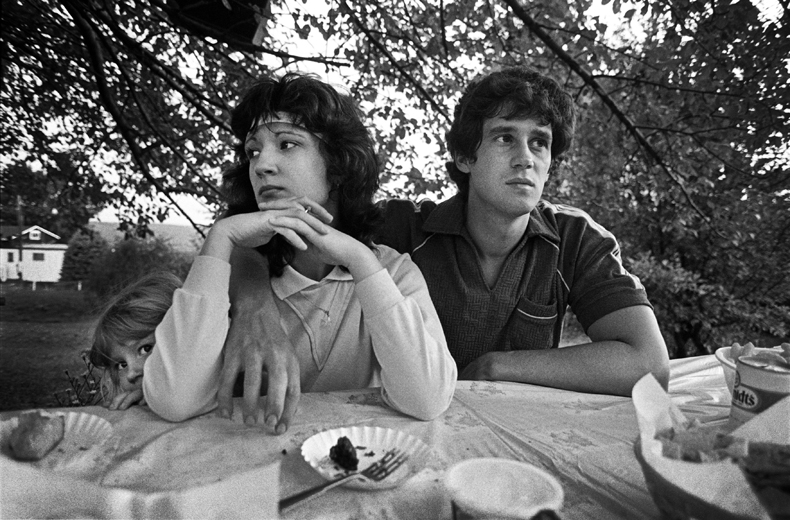 On December 14, 1984, the federal government finally began to raze the tiny town. Today, just five people continue to live in Centralia while the fire continues to burn below them — just one of the thousands of mine fires blazing all around the world.

Centralia remains one of the most prevalent in the US, due to the media attention it received. Over the past 60 years, the fire has covered an eight-mile stretch of 3,700 acres. At its current rate, it could continue to burn for over 250 years. For Jacobs, it serves as an ominous warning. “We have to make progress,” she says. “And move away from fossil fuels that leave us vulnerable to planetary destruction.” 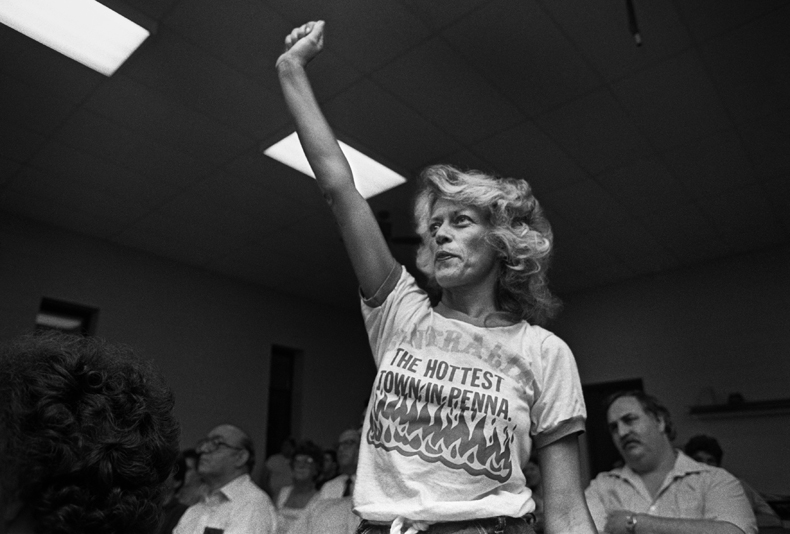 Renée Jacobs’ complete archive of Centralia is in the collection of the Archive of Documentary Arts at Duke University.

Linkedin
RELATED ARTICLES
OTHER ARTICLES
Meg Handler’s photos capture diverse groups of New Yorkers coming together for the collective cause of civil rights.
A campaign seeking to prevent future injustices where there is state involvement is gaining momentum, with Labour recently pledging its support.
Proponents of personality tests argue that they’re necessary to find the best person for the job – but in practise, they’re often discriminatory.
As the cost of living crisis bites, letting go of treats to keep us going is proving difficult – but we should’t just blame ourselves for our financial worries.
Hackney Bumps is a DIY sanctuary in the heart of East London, home to a thriving diverse community of skateboarders – and beyond.
Ireland’s national sports are modernising. At the forefront of this movement is Na Gaeil Aeracha, the country’s first ever queer GAA club.